THE RING OF FIRE
We are currently exploring the wonders
of Lassen Volcanic National Park and environs
in Northern California at the lower
end of the Cascade Range.
I'll post more in a few days.
In the meantime-memories of
an earlier assignment-
MT. REDOUBT ALASKA

Photo R. Clucas USGS April 21 1990
The image above is from one of five eruptions of Mt Redoubt since 1900.
I flew to the volcano while producing a documentary and it was an extraordinary and memorable trip. 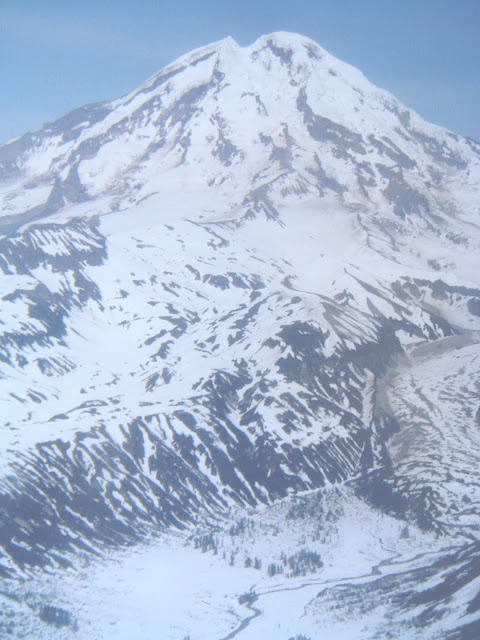 I shot this from the helicopter as we began a series of fly around landings on the explosive mountain.  If you look carefully you can see ash on the slope and particularly on the canyon wall in the lower right half of the shot.
Redoubt is one of the active "ring of fire" volcanoes in the Chigmit Range, a 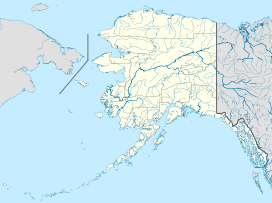 sub range in the Aleutian Range.  Redoubt is across the Cook Inlet from Anchorage

so part of the adventure is flying across the inlet-one of the most changeable and storm ridden bodies of water on the planet. 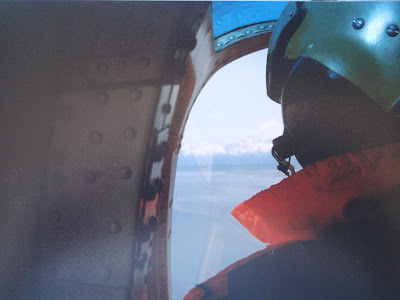 A survival suit is required as you fly.  Helicopters have gone down in the Cook Inlet and the suit can provide a few minutes of survival in the icy waters. Getting over the inlet offers a superb view of the chain of volcanoes in the Chigmit Range as well as the large bay. It was a 45 minute flight into headwinds. 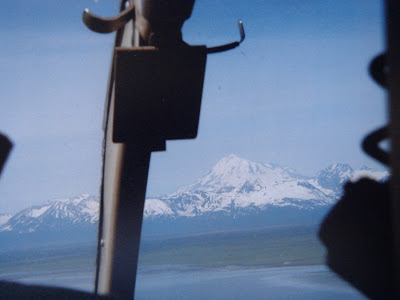 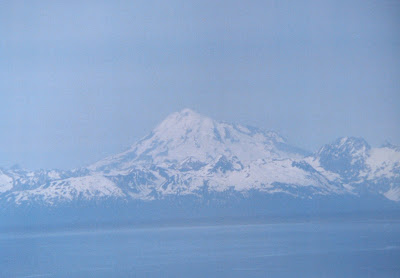 We were flying with a USGS geologist who would be setting and reading GPS and other measurement gear, designed to study the relationship between magma flow-the stuff of volcano explosions and plate tectonics, the movement and shifting of the earth. 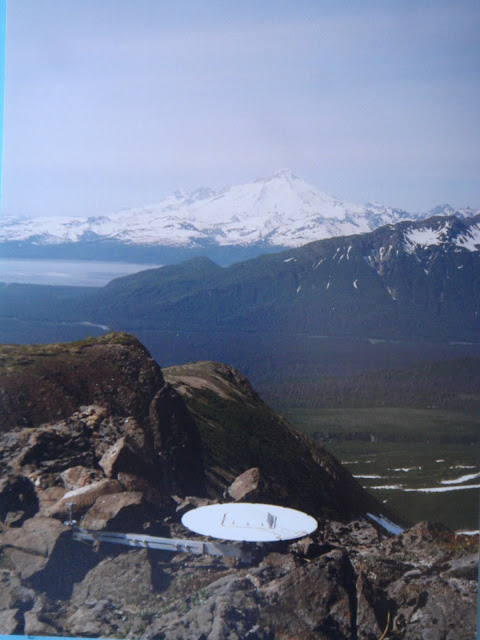 Our mission was to make several landings on the volcano, cross hatching our way to higher elevations.  The summit of Redoubt is a little over 10,190 feet.  On the way up we watched for sudden storms and wind. Some of the landing sites were a bit tricky. 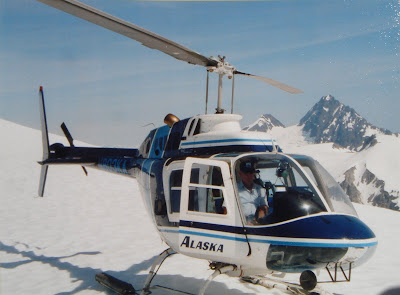 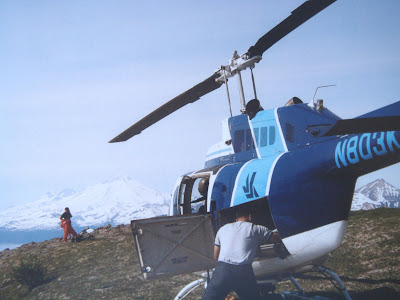 Cliff, our pilot was a combat vet and was said to be one of the best for flying
in the tricky conditions of our assignment.  He was able to take us through canyons, over valleys and rocky peaks and onto ledges and shelves. 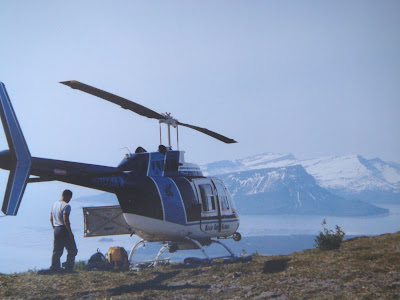 In the back of my mind was the 1989 incident when a KLM 747 was suddenly engulfed in cloud of volcanic ash.  It snuffed the engines and only extraordinary skills by the pilot prevented a disaster.  That ash eruption blanketed a 7,700 square mile area.  Some ash eruptions shut down the Anchorage airport, miles away across the Cook Inlet.  Redoubt is not the only volcano in the area known for blowing.  As we flew we could see the neighboring Ilimana smoking away. 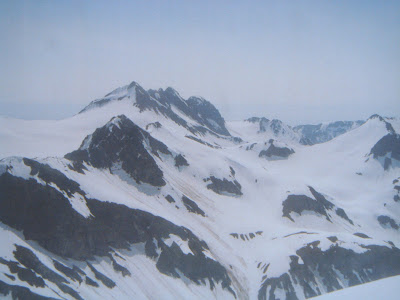 Icy peaks served as mountain footmen to the peak of Redoubt, shining in the sun. 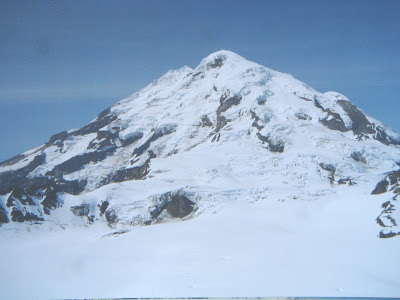 As we continued to fly we gained on the summit of Redoubt.  A couple of times we landed on snow fields. 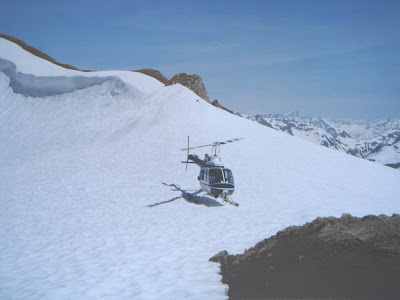 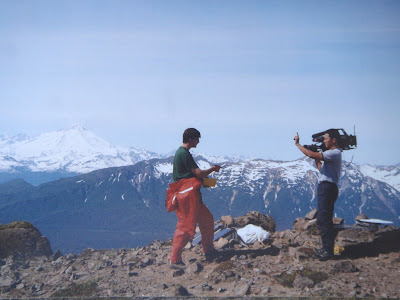 Here you see photographer Jung Park work with the USGS Volcanologist Jeff Freymueller who could scramble across rocky ledges like a mountain goat.
One of the landings gave Jung a chance to capture a shot me.
I was the "second camera" on the shoot and I like this scene of "a good day in the office." 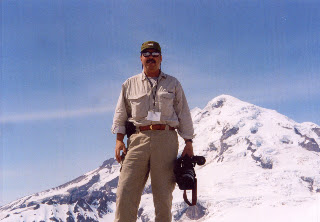 Despite being at high altitude in a mass of ice, snow and granite,
it was surprisingly warm. There was blue sky and sunshine.
And the inner core was probably heated by the thrill of it.
See you down the trail.
Posted by Tom Cochrun at 7:48 AM