FLYING ROCK(s) & ROLL BY THE VOLCANO 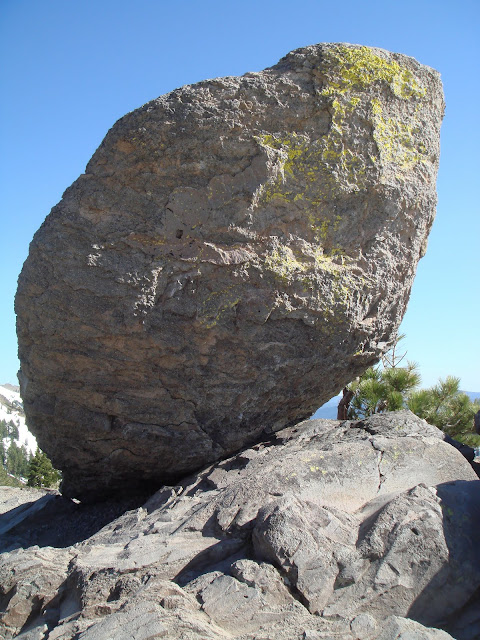 The explosive history of Mt. Lassen has changed the earth.  Now the center of Lassen Volcanic National Park, the volcano, one of the Pacific Ring of Fire in the Cascade Range,
has left a legacy that displays the power of a still cooking earth. 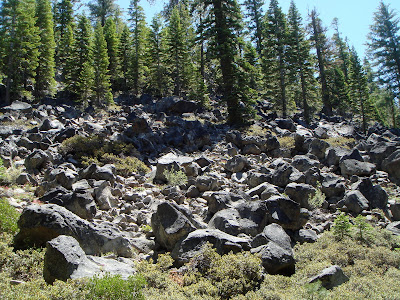 Areas of the national park are testament to what happens when a volcano begins
reshaping the contour of the land.
400 to 600 thousand years ago, ancestral Brokeoff Volcano erupted. It changed the mountain range profile.  In May of 1914 one of the vent mountains near Brokeoff, Lassen Peak, began three years of sporadic eruptions.  President Teddy Roosevelt and the US Congress made the area a national monument and then National Park in 1916. 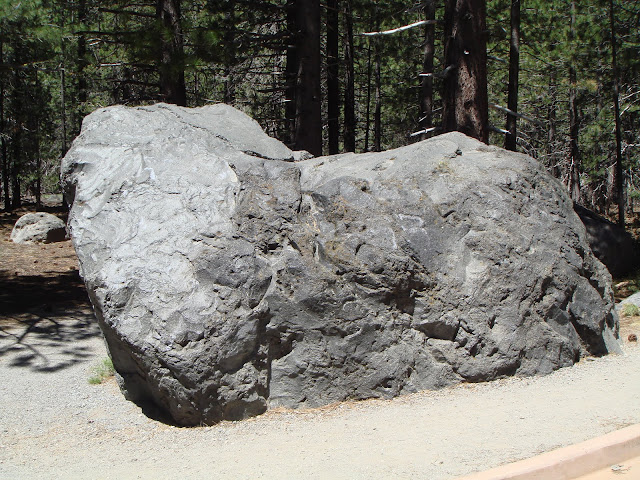 This is Hot Rock-a 300 ton rock that was part of a 110 mile per hour avalanche that followed the May 1915 eruption.  This rock rolled 5 miles after the explosion. 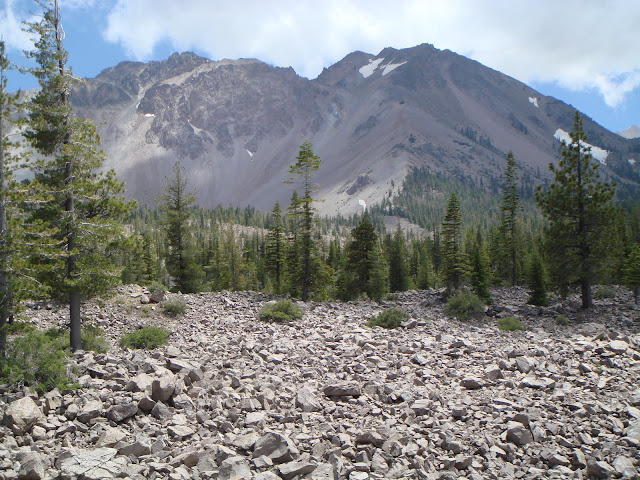 This is in an area called Chaos Jumbles.  These rocks and stones were also blown or scattered by avalanche.  The peak is a plugged dome volcano.  As magma pressure welled up, the crater was plugged, so pent up gas shattered the lava cap and sent mountain, rock and debris flying in an extraordinary explosion.  Ash and debris reach 30,000 feet into the California sky. 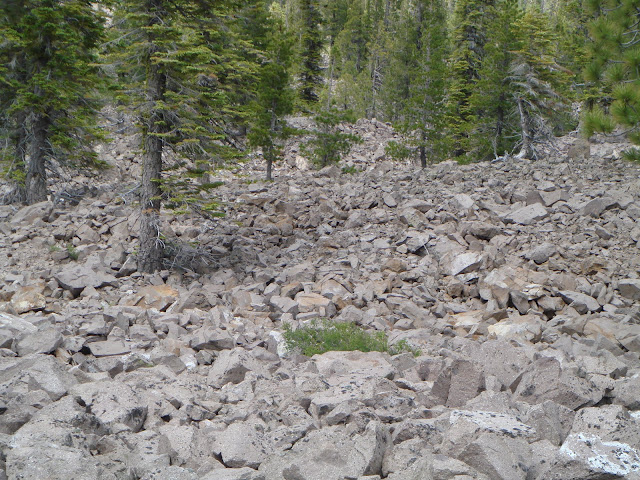 After almost 100 years, you can see that here in Chaos Jumbles, some life is returning. 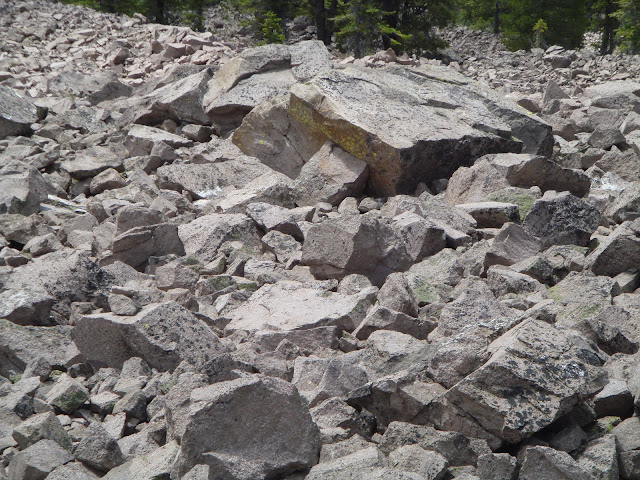 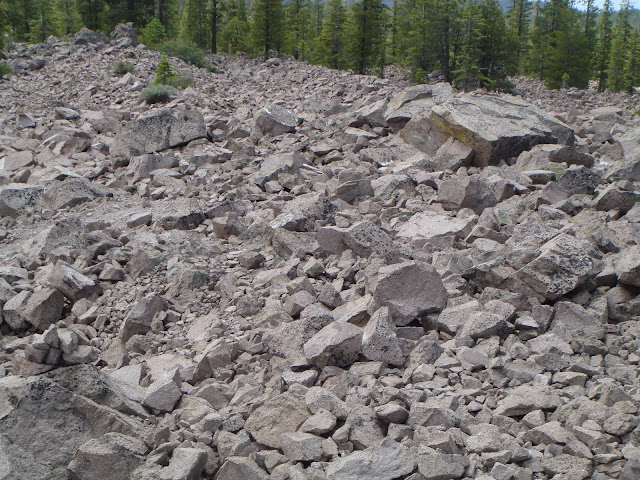 Pictured below is an area on the mountain side at a lower elevation called The Devastated Area, miles of devastation. In some of the lower areas also life is coming back. 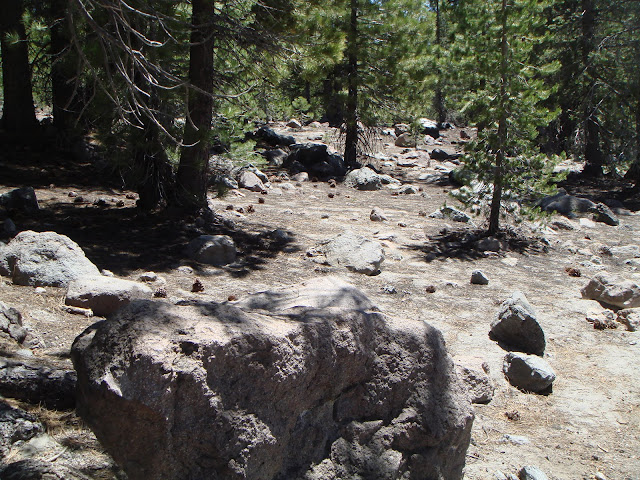 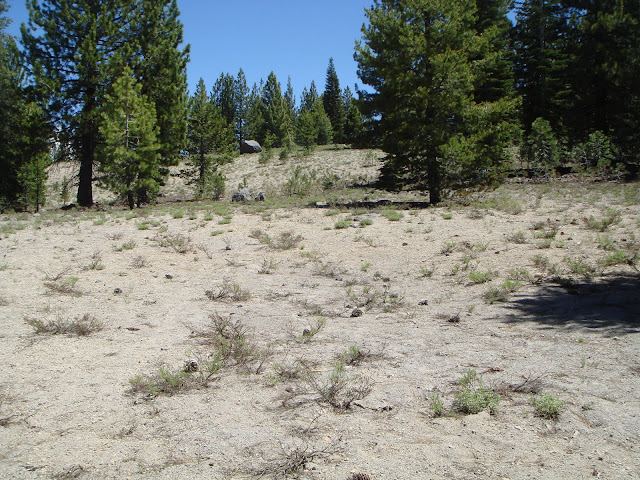 But much of the peak is still barren. 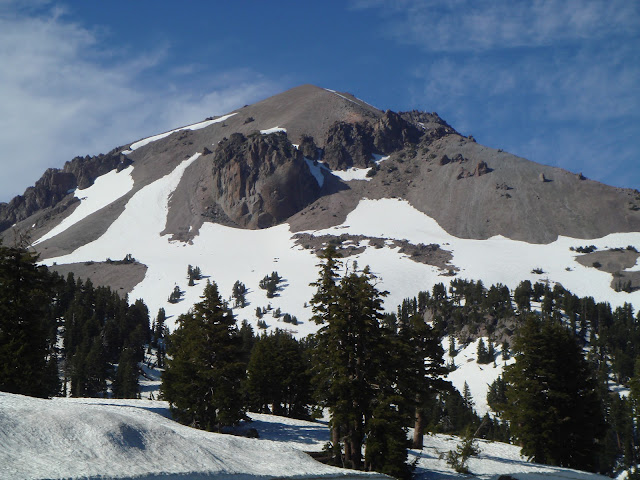 Elsewhere you see other large boulders that were moved by force. 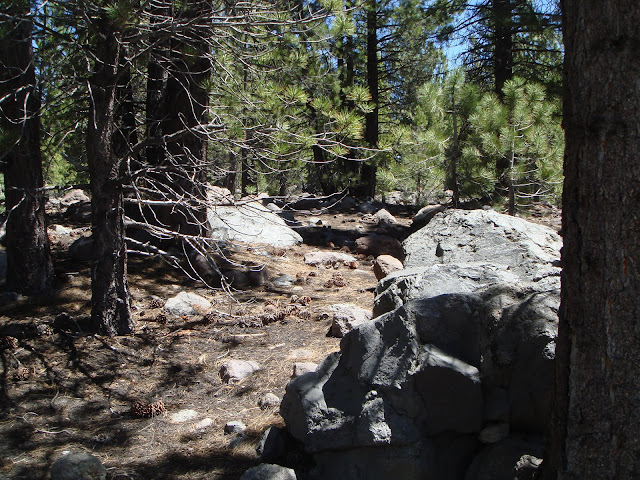 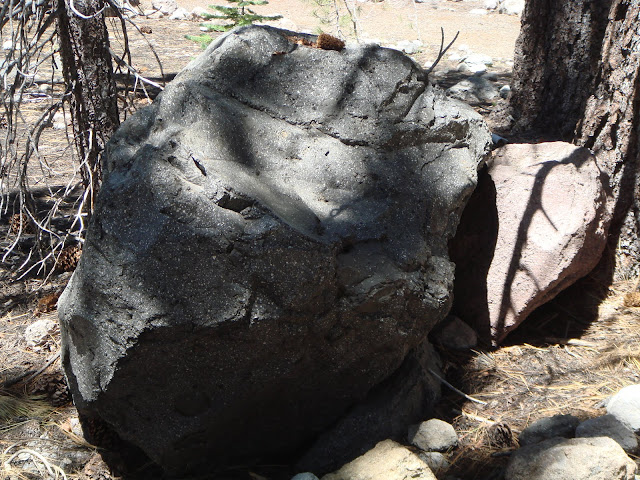 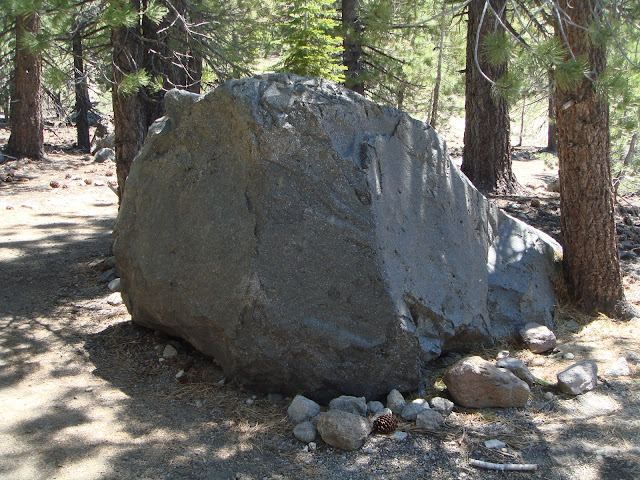 The BF Loomis Museum and Visitors Center is a beautiful construction of local
rock. 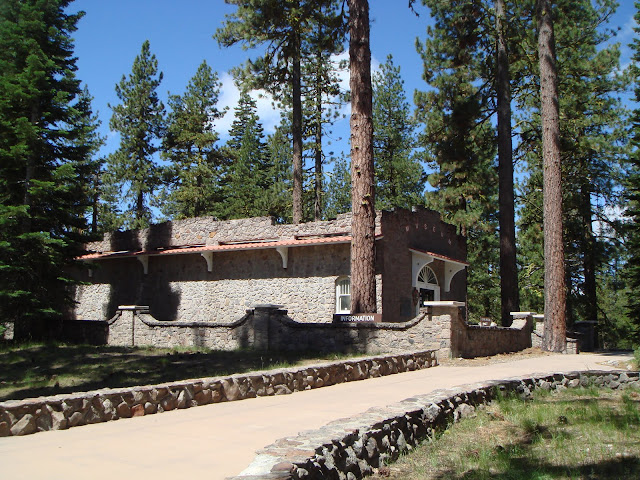 The stones and rocks are just one more resource and bit of wonderment available
at Lassen Volcanic National Park. 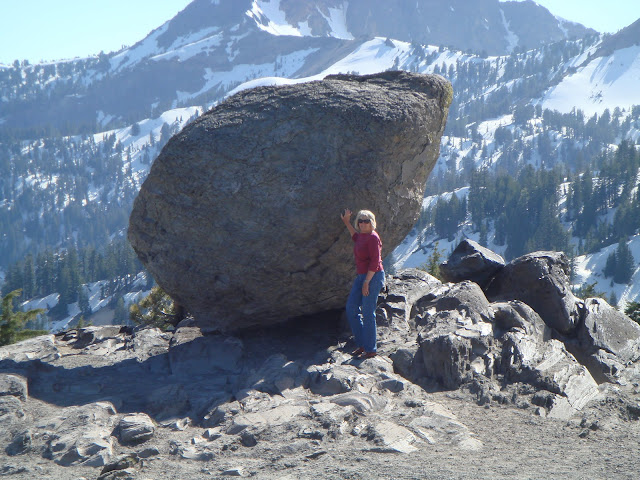 See you down the trail.
Posted by Tom Cochrun at 6:29 AM