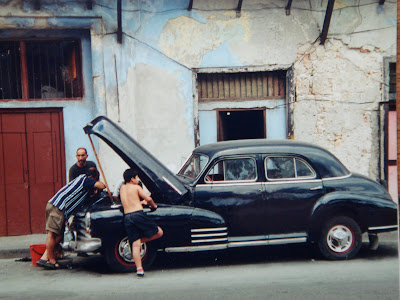 There is a great shot everywhere you look in Havana. The setting and action of
this frame captures the rich Latin blend of life in Cuba.  An old car, set against a decaying old colonial era edifice is the object of what is true determination, creativity and genius.
Think of the challenge of maintaining a relic, without benefit of parts, imports, or service centers. Improvising and making due is what they do. 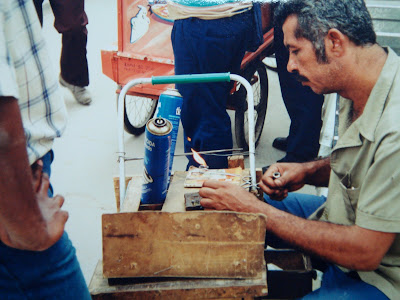 The street entreprenuer above is taking apart and refilling old lighters with bug spray. His business was brisk. 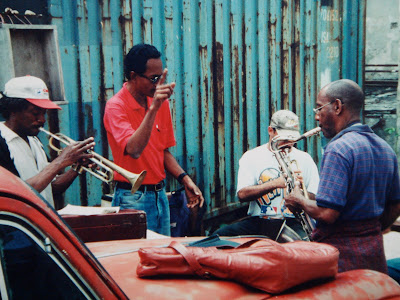 Make shift rehearsal areas abound, as does the great Cuban jazz.  I was surprised
by the number of musicians spotted around neighborhoods jamming away. 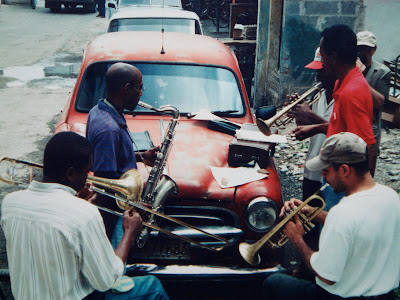 Look at the age of this car, that serves in this moment as a music stand.  These
guys were incredible. 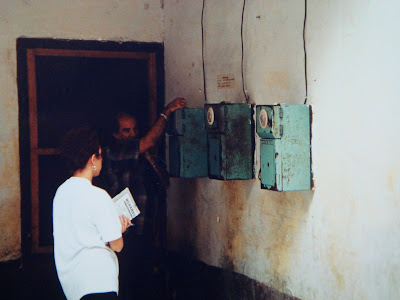 When much of the world has gone wireless, the majority of Cubans rely on clearly
antiquated phone systems. 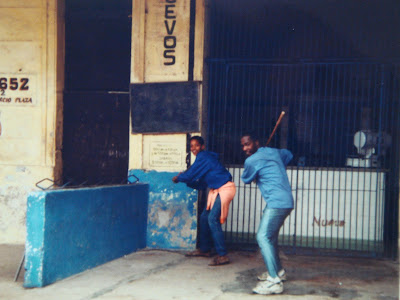 Cubans play great baseball.  Not unlike the stick ball of New York city, these guys
find a way to convert a block of Havana into a playing arena. 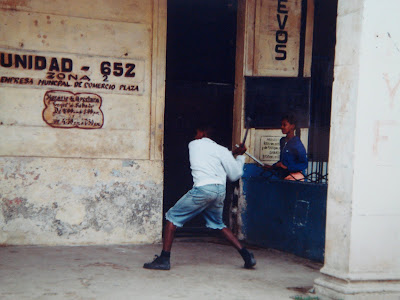 For almost a half a century the Island nation has lived with the ravages of deterioration.  A revolutionary political and socialist economic meltdown, Soviet heavy handedness and then abandonment and the stringent US economic embargo.  Despite
the adversity, Cubans find a way to carry on and with a joy in those things that bring them pleasure, despite having to improvise or make due.
Stay tuned for more from our Cuban file.  (See the Post of June 15 2011.)
See you down the trail.
Posted by Tom Cochrun at 10:43 AM