SNOW IN JULY & A HOT PRESS

IT IS BUSTING PLOWS 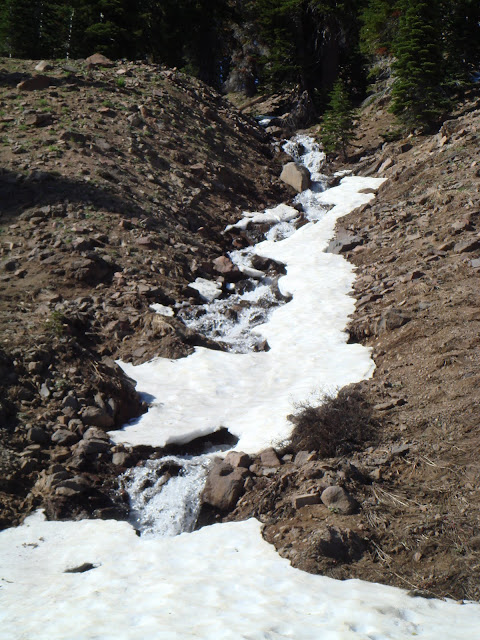 This will be the latest ever to open the road through the Lassen Volcanic
national park.
"Did you see those busted Cal Trans graders, the big guys, on your way up?"
The young mechanic asked me when I inquired as to how the crew was dong in clearing
the last 4 miles of Highway 89 that transects the park.
"That stuff is like steel" he said. 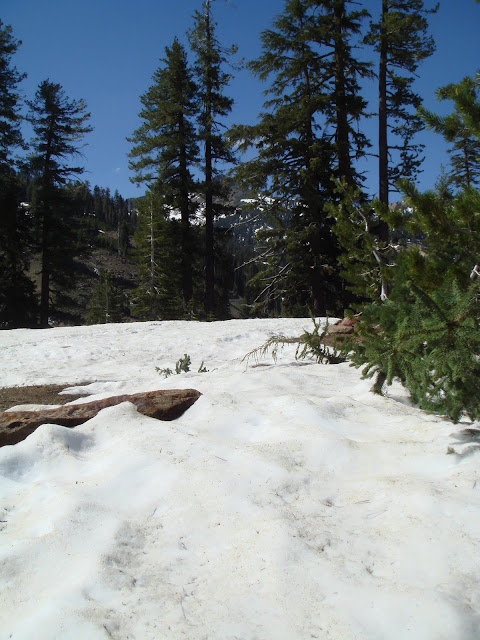 At one time 18 feet of snow covered the roads through Lassen. Even with July
temperatures, the volume this year is large and so deep, much of the park is still showing signs of the record breaking snow fall of winter. 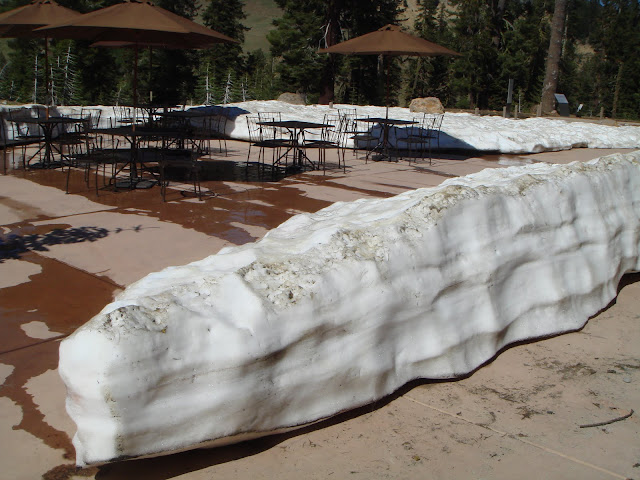 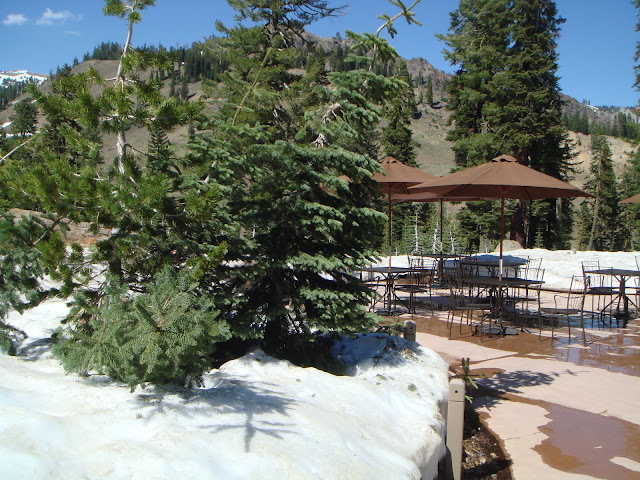 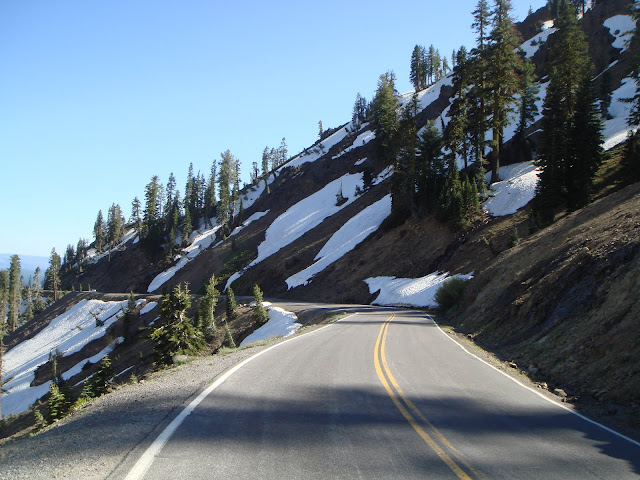 The only way through on some of the trails was with snow shoes or snow boots. 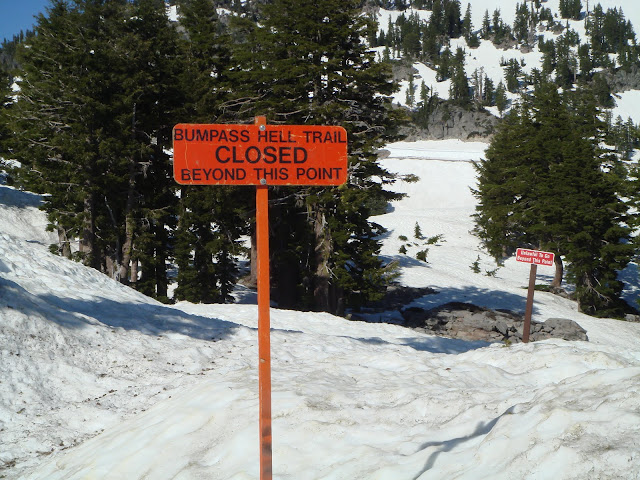 We drove several miles over a winter scarred and rough road to try to reach Juniper lake at 6,700 feet, only to be foiled by impassible snow. 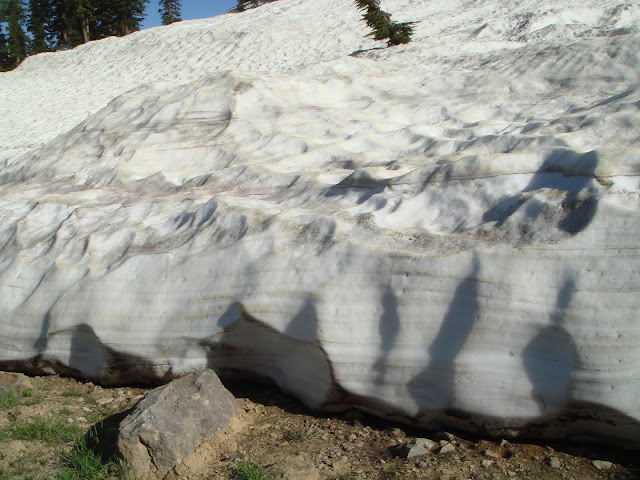 Other roads and trails were also snow covered. 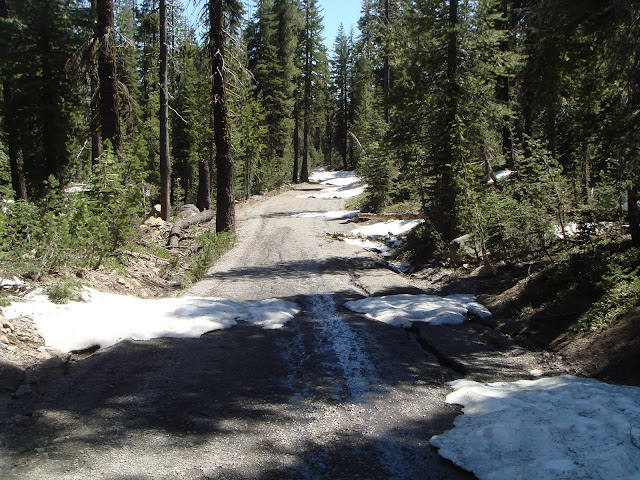 I know some of you had more snow and ice this winter than you'd like to recall,
but after all it is July in California, even in the mountains.  You can see evidence
of impact on how trees grow in these conditions. 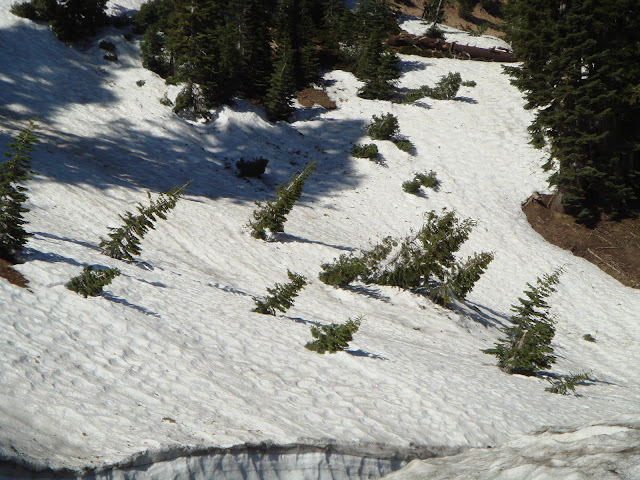 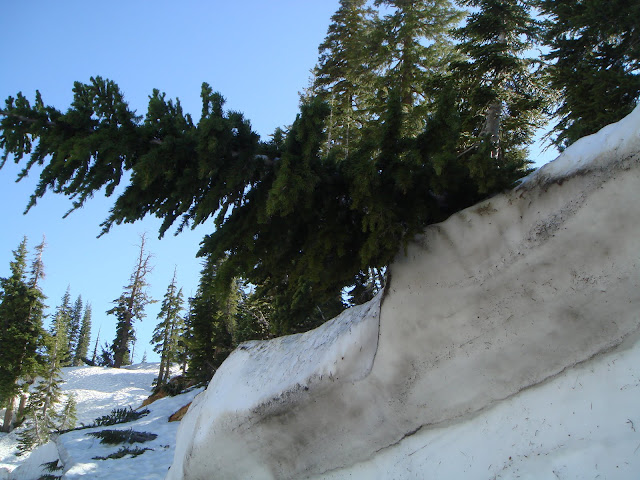 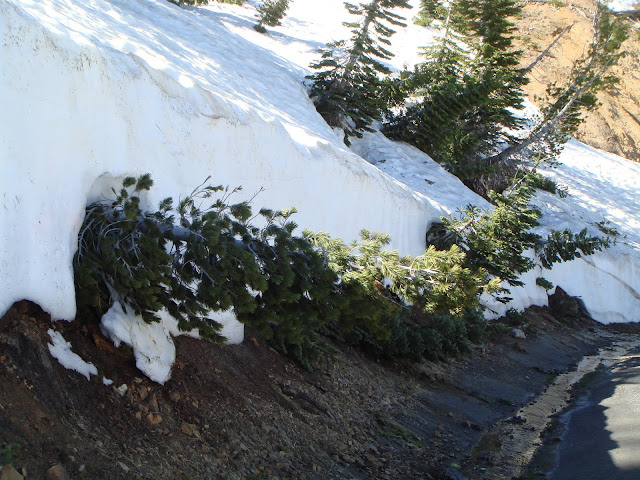 A common scene around the park is the road closed sign. 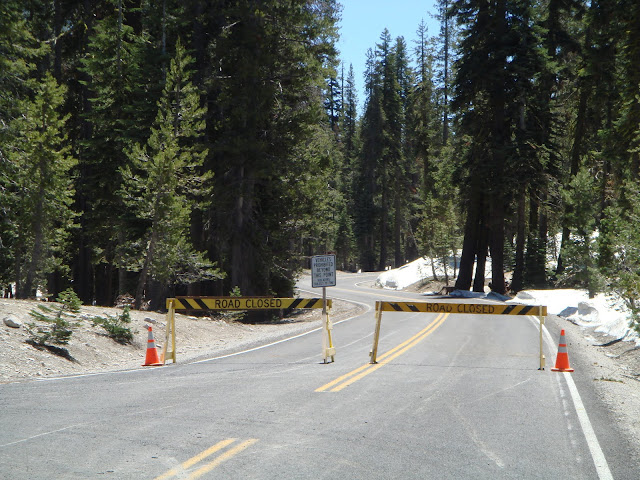 Getting out and hiking though offers some rare views. 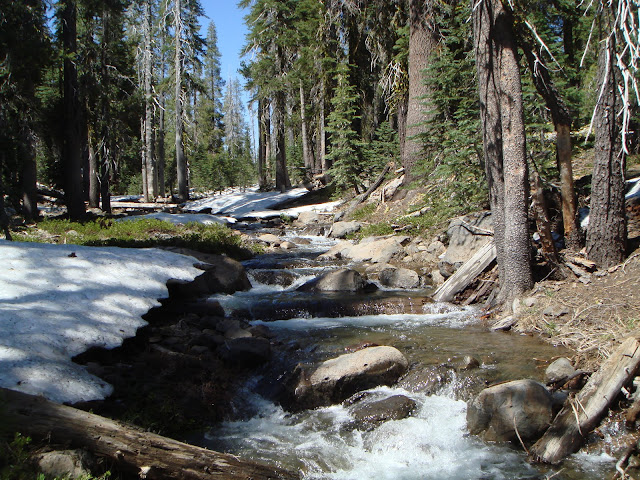 People in the area are used to snow in the winter.  It is a way of life.  Look closely at this sign. 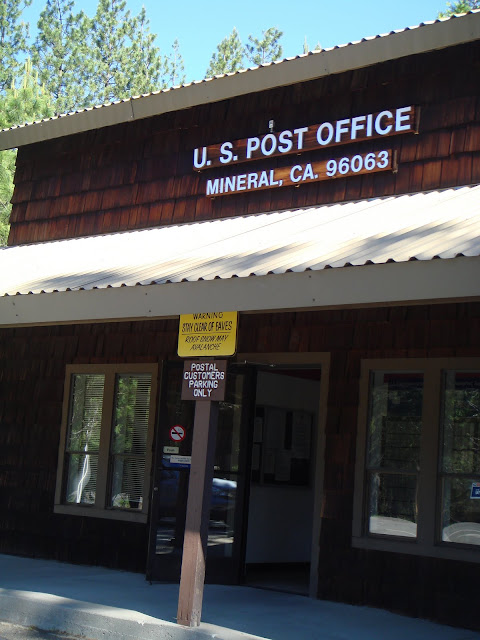 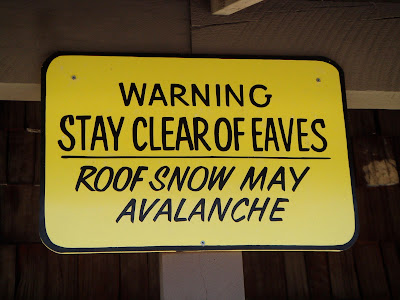 Spring comes late, in July, with signs of irony. 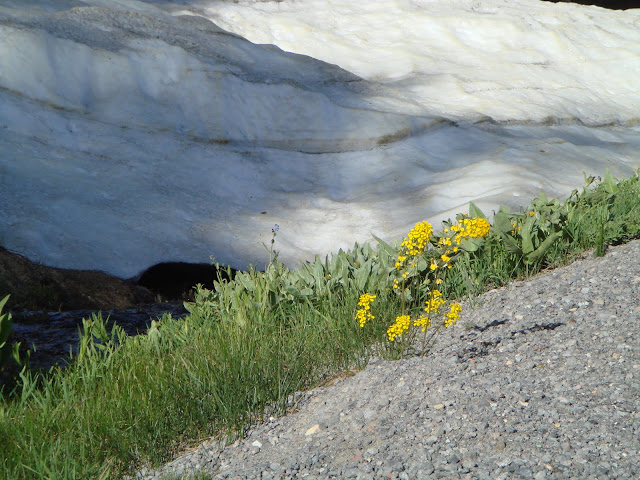 Spring blooms next to a snow cave.  It will be a short summer and I would not be
surprised if much of the snow remains until the chill and cold of autumn and
the "delivery" of a new winter in the Cascades.
Still, there is much to see at Lassen Volcanic National Park.
More to come.
HOT PRESS
The resignations of Hinton and Brooks at Murdoch's News Corp is a sign of
something larger.  I have no crystal ball on what is to come,
but Rupert is a media baron, maybe the most influential and for that
reason this story has legs.  And so will the investigations.
There were may times when I was doing investigative reporting
that I wished I could have the power of a subpoena or the
snooping powers of a spook.  We stayed within the codes
and canons ethical journalism and still produced significant work.
It appears Murdoch's organization went way beyond
propriety.  A fall is likely then, and appropriate.
See you down the trail.
Posted by Tom Cochrun at 3:23 PM