ON THE BEAT ON THE RANCH 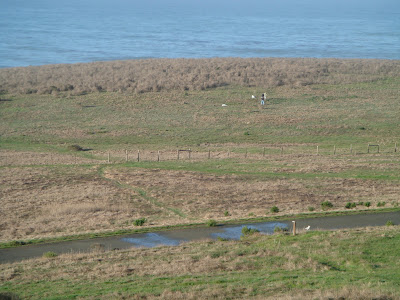 The Fiscalini Ranch is some four hundred acres of magnificent nature, nestled between Cambria and the Pacific.  Years of effort by visionary residents saved the gem from development.  With a network of hiking trails lacing the rolling hills and bluffs, it is cared for and protected by the Friends of Fiscalini Ranch Preserve, a volunteer and donation funded group. 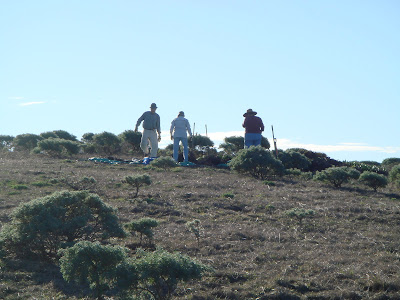 The Friends have decided to take it native. 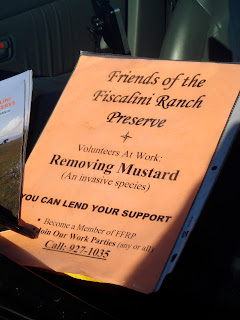 For several years, volunteers have toiled to remove a variety of invasive species.  They can be seen laboring away, digging, cutting and removing plants
determined to be invasive and damaging. 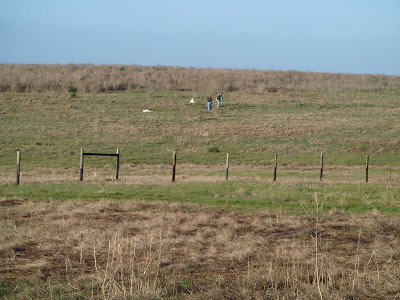 They toil hard on the expanse 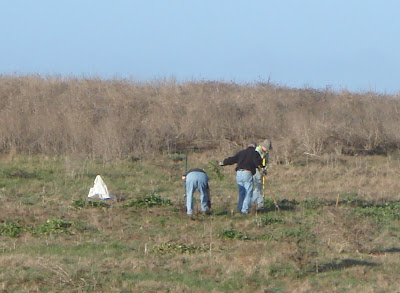 and attempt to complete their work in an environmentally
sensitive way. 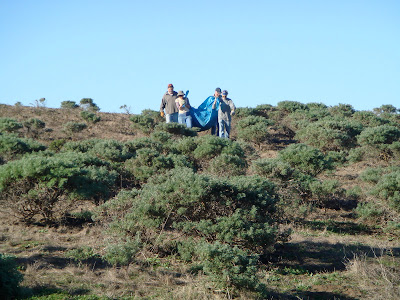 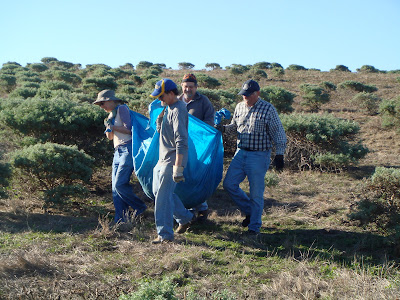 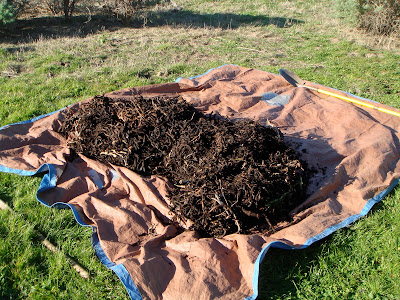 After being cut or dug and hauled to dry, the invaders are
then taken way.
But not everyone is in complete agreement.  It would not be Cambria
if there were not multiple opinions. 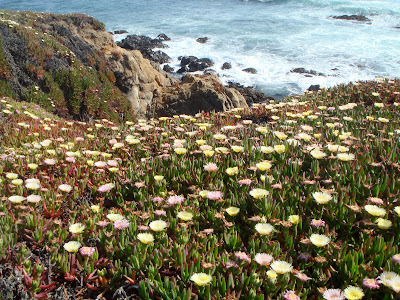 This ice plant is not a native to the area, but has been here for generations.
It provides a beautiful bloom and is fire retardant.  However it is aggressive,
weighs down the cliff sides and some argue it contributes to caving and erosion
while snuffing out native species. 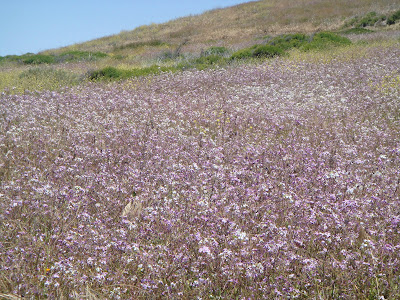 Wild mustard and wild radish provide a beautiful blanket of color,
but they too grow aggressively and choke out, poppies, sea daisies, buckwheat and other
native species. 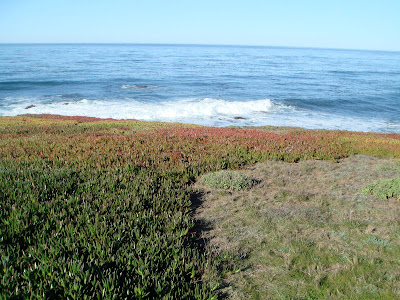 At least one point of contention is when should the calendar for defining native be started?  At what point can the Eco system be viewed as being pristine or the way it should be?  Some argue that animal migration and seeding is a part of nature.  Good arguments are made from several points of view.  Again not surprising given the reasonably informed,  independent and opinionated citizenry of this part of the middle kingdom.
So the plant police remain on the job doing their backbreaking work while the awesome beauty of nature remains. And people grumble, while others labor 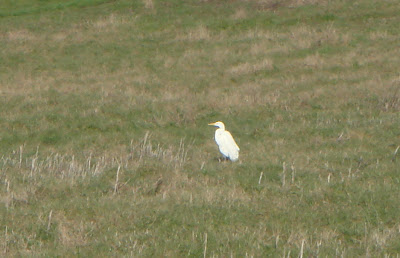 and some of the native audience may wonder about human ways.  That is if
Egrets are considered native.  One may need  to determine the origins of their arrival here. And it needs to be checked with the "proper" source, naturally.
As Cambrians say "this is not like the rest of the world."
Posted by Tom Cochrun at 6:19 PM