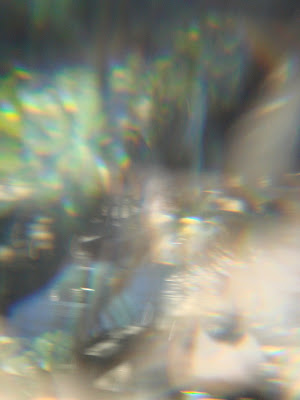 Over coffee with three wise men, as we rambled over the unrest and protests in several nations, history interjected itself.
I recalled an evening when Senator Dick Lugar and Congressman Lee Hamilton, both then leading thinkers on Foreign Affairs, Intelligence and National Security, unpacked the riddle of the changing globe from '89-91.  The Berlin Wall came came down in 89, the breaking up of Yugoslavia carried on from '89-91 and the Soviet Union unraveled into 15 countries in '91.
The assessment at that time applies today.  Difficulties in finding a path forward, resolving ancient anger and settling on a workable government will come to fill the space where today there are sparks and aspiration. 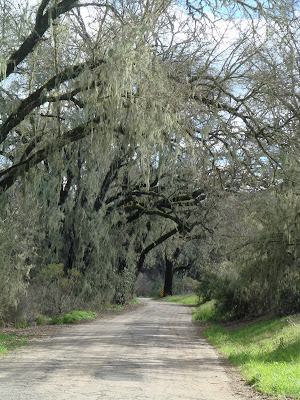 You marvel at the rapidity of getting people into the streets and forcing governments to  respond.  Though unleashing sentiment guarantees only more process and sometimes it is violent, as in Lybia and Iran.
Tito, who was both a Croat and a Slovene, kept Yugoslavia together, though often with repression and an iron boot.  Once strongman leaders are upended, or die, the power that once held factions away from each other's throats, weakens and other players find new strength.
The disintegration of the Soviet Union put fifteen new countries into play and the rumbles began. It gave us a lab to watch power sharing and resolution.
It is likely the somewhat intoxicating quality of revolution by social media will wear into a more tedious and less prominent and more grueling process. That work will will grind away, considerably more slowly than fomenting change.
SNOW IN THE SANTA LUCIAS
PM 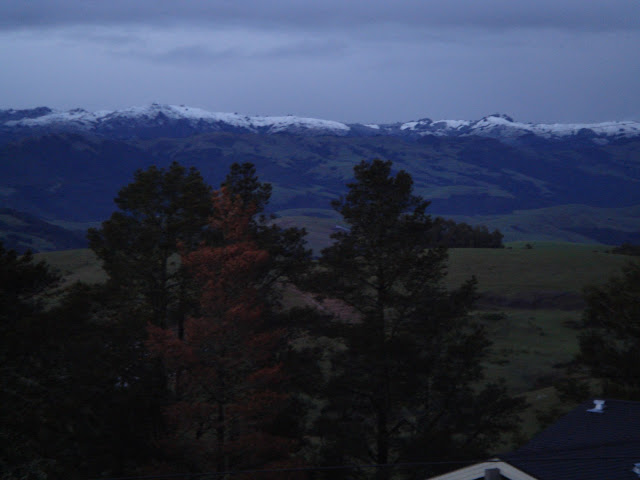 Snow is common in California's higher elevations.  The latest storms delivered 4-9
feet In the Sierra with snow also dropping to lower elevations.
In this area the Santa Lucia coastal range runs from 2,500 to 3,500 feet, tall enough for a dusting as a cold rain moved through the coast. By sunset the taller peaks had a paint job. Just a few hours later, the white stuff was already beginning to shrink in the sun and coastal temperatures.
AM 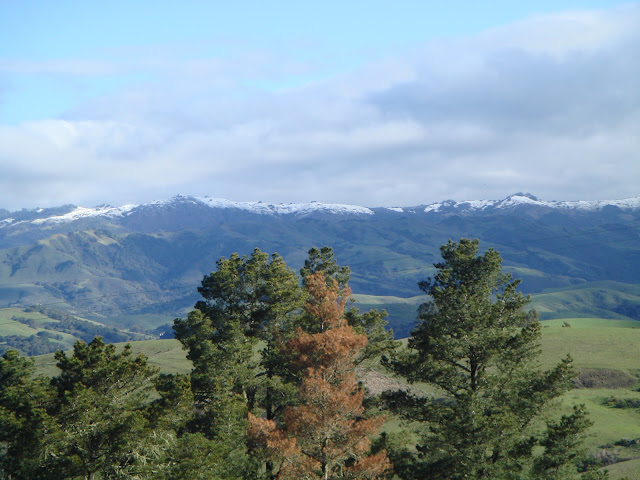 Spring continues it energetic transformation, fueled by the recent rain.  Our ridge, Top of the World, has captured 25.5 inches so far this season.
The climate of the Central Coast is such that winter is our time for rain which means the green season.  Summer is golden and Autumn is brown as rain is rare after March.
SPRING DAY BOOK
Here are a few shots where color and clouds provide some light play. 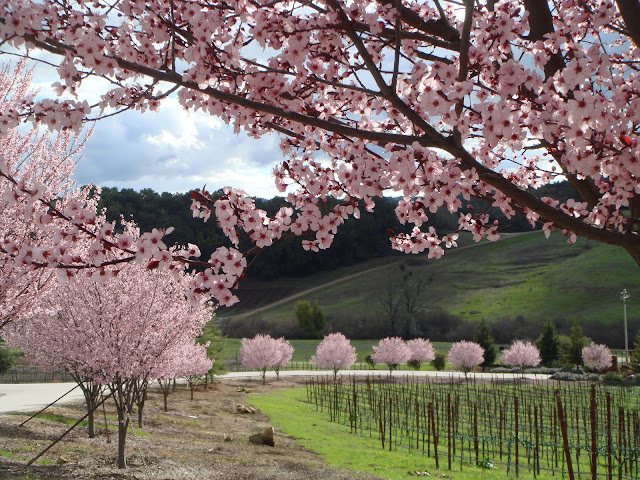 This explosion of color is from the west side Paso Robles wine region on Vineyard Drive. 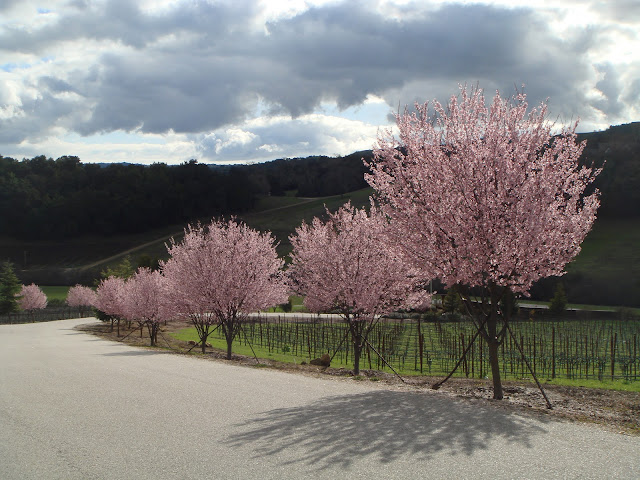 Buds should be breaking on the vines in the next month. 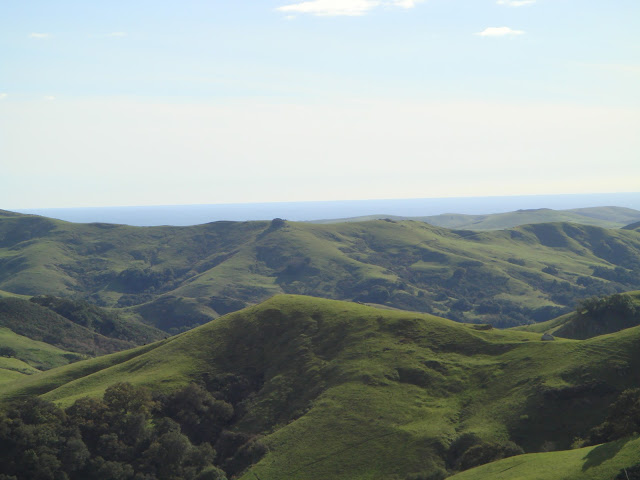 The rolling Santa Lucia highlands are "Irish" green and set against the vast blue of the Pacific horizon. 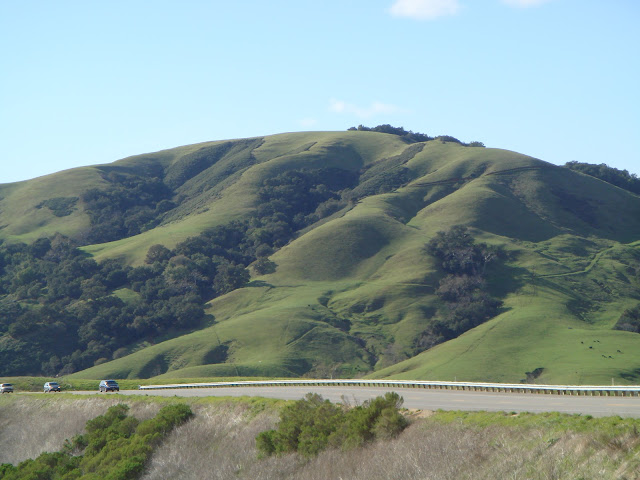 The undulation above is on Highway 46 from the Cambria area to Paso Robles and is one of America's most beautiful drives. Snow doesn't last long here. That's fine!
See you down the trail.
Posted by Tom Cochrun at 2:58 PM