THE TROUBLE WITH NEWS 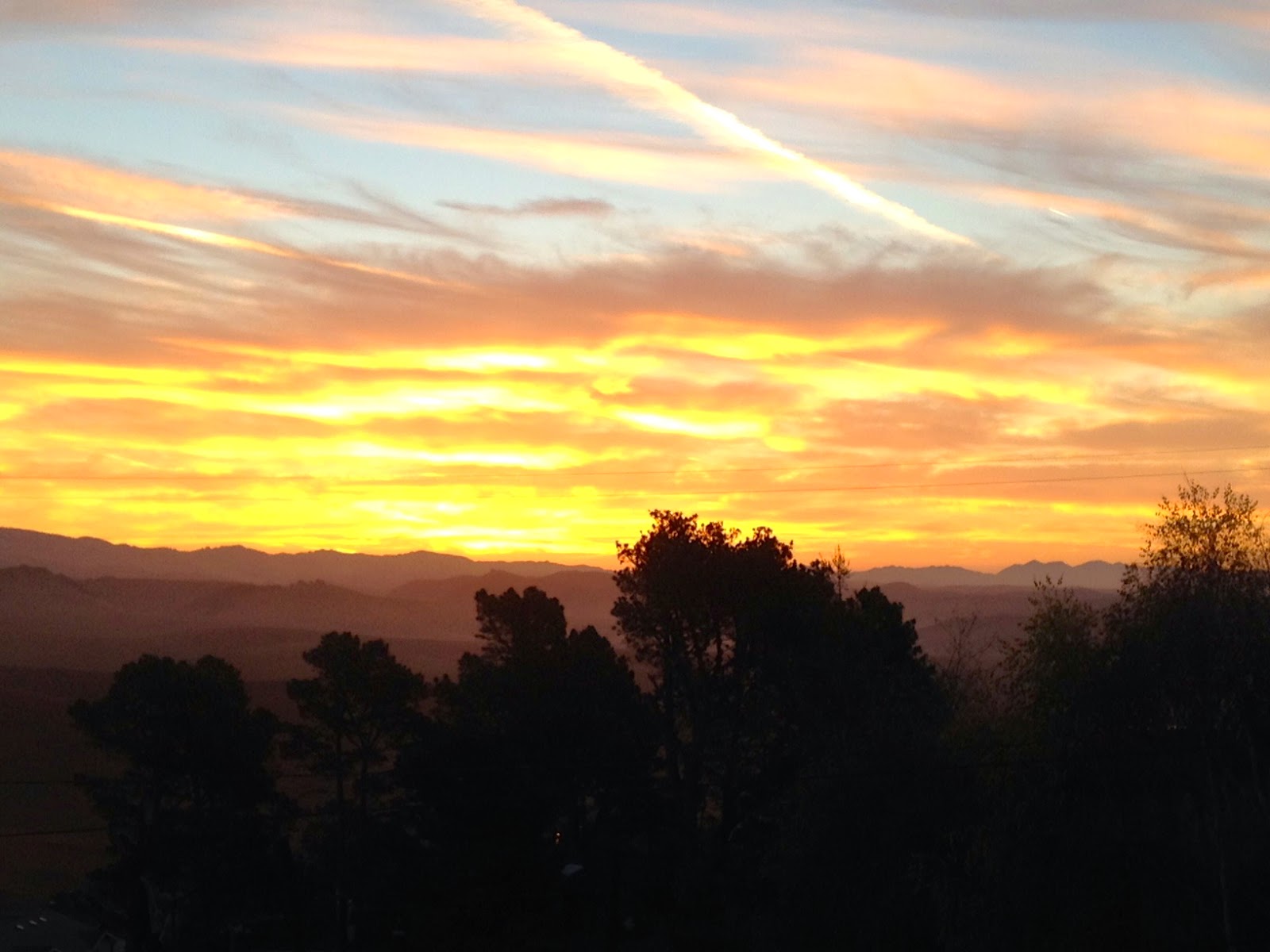 Sunrise was too pretty to ignore. My admiration of it woke up that corner of the brain where vexing thoughts are caged, waiting to leap into a blank space.
One of the troubles with the news business is the derogatory but not inaccurate sobriquet for a style of news "If it bleeds it leads." To be clear that means if it is crime or disaster, tragedy, plane crash, wreck, fire, explosion, or etc. it's the first story of a newscast. Fortunately not all television news rooms operate by that ethos, but too many do. The more competitive the market, the more likely there's a station that follows that path.
NIGHTCRAWLER starring Jake Gyllenhaal as a stringer (freelance) photographer is a well done examination of the pathology of that kind of news, as played out in Los Angeles.
One of the brilliant elements of this film is the extraordinary visual treatment of Los Angeles at night. Oscar winning Cinematographer Robert Elswit offers a rich and stunning essay. Seeing his work, especially the open sequence, is worth the price of admission.
Director Dan Gilroy plumbs the exploitative, crass world of sensationalism that passes as a kind of tabloid television.  Rene Russo, who coincidentally is married to Gilroy, is marvelous as a desperate news director, once a beautiful young reporter now trying to hang on to a job at a low ranking station by spiking the ratings with overnight gore gathered by Gyllenhaal.
Gyllenhaal's character is a solitary whacko. I think of him as a slick cousin or even brother to Robert De Niro's Travis Bickle in Taxi Driver. Gyllenhaal's performance is incredible. As Jon Stewart joked he only blinked twice in 2 hours. Indeed Gyllenhaal's eyes and manic delivery are so riveting it'll give you the creeps.  It is a great character by which Gilroy can explore the senselessness of exploitative content and the tyranny of ratings.
I know of situations where station reputations and staff integrity have been destroyed by this cheap and trashy management and style. Still, there are enough viewers who thrive on tabloid journalism that it exists.

PROFESSIONAL and/or Citizen Journalists
How deeply should newsrooms go in utilizing or pandering to social media? The debate continues and the first episode of NEWSROOM, the excellent Aaron Sorkin HBO drama mines the issue set against the Boston Marathon bombing.
NEWSROOM is to journalism what WEST WING was to politics, only much better because it is more realistic, drawn from real critical judgements and experience. Plus the acting, writing and directing are all worthy of the multiple Emmys.

BEEN THERE-DONE THAT
As a television news director I guided an evolution of a traditional and historic news organization into digital news gathering, processing and dissemination.  We changed the technology on which we wrote, edited and the cameras we used to capture the pictures.  Our remote trucks changed from microwave to satellite. We changed our work flow from television only to television and Internet. We moved from thinking only about the big screen to feeding computers, pads, and phones. We changed our graphics, our presentation style and our pace. In changing how we worked, we also advanced the output and our approach to thinking about what is news and how we cover it.
I've been retired a few years now, but even back then we were starting to wrestle with blogging, the ethics and legality of using material from personal phones or on line chatter. Now Facebook, Twitter, Instagram and other micro blogging and social networking realities impinge on how a news shop operates. I'm not sure they've got it figured out, or properly.  But as my old friend and former broadcast journalist the Catalyst AKA Bruce Taylor cajoles me, don't worry about it. You can't do anything about anyway.  It's another generation's problem. Yea, probably so. But it makes great fodder for film, television or having a drink and bullshitting, or posting about.
It may still wake me, but Bruce is right. It's someone else's job now.
DIVERSIONS 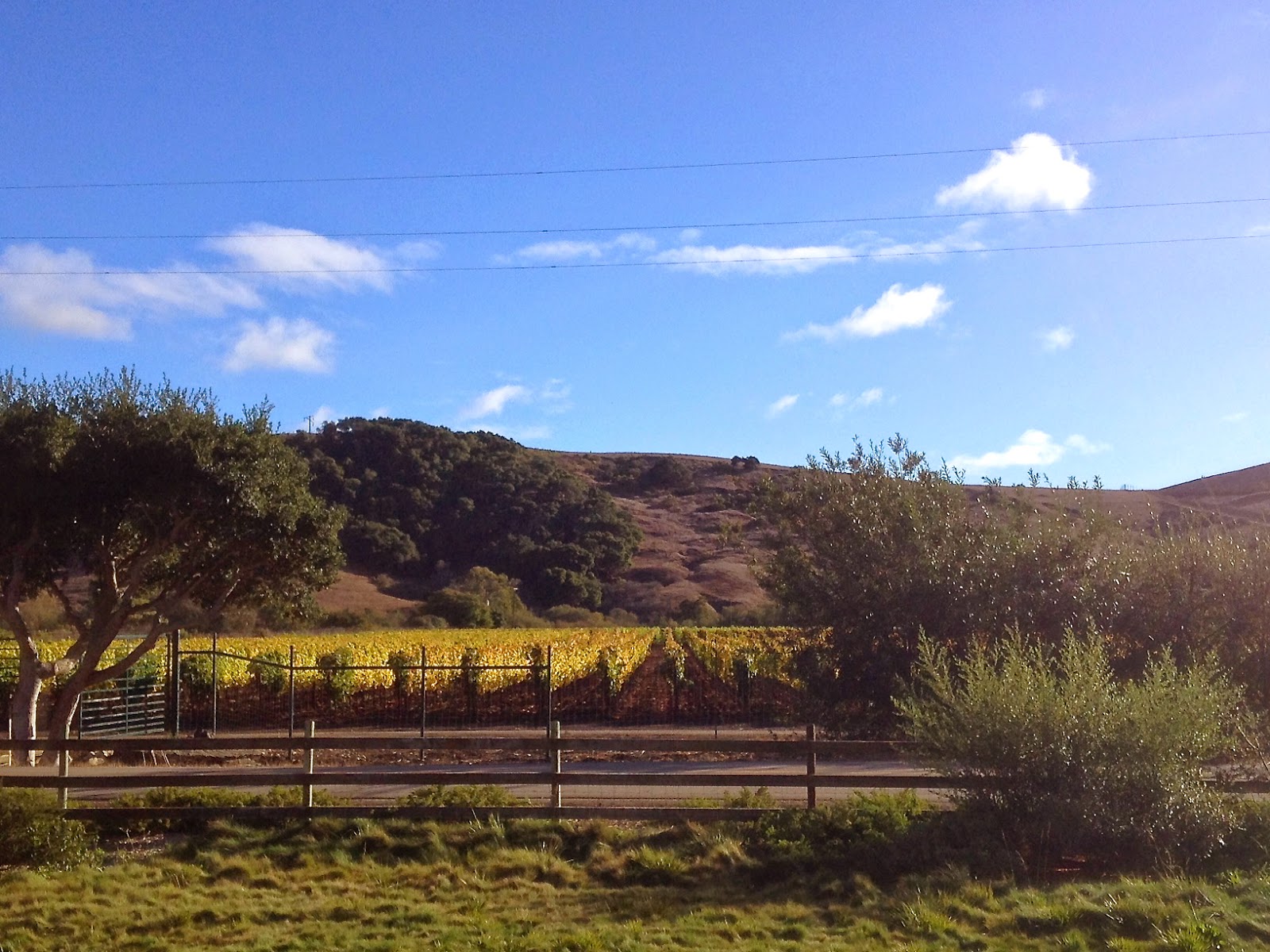 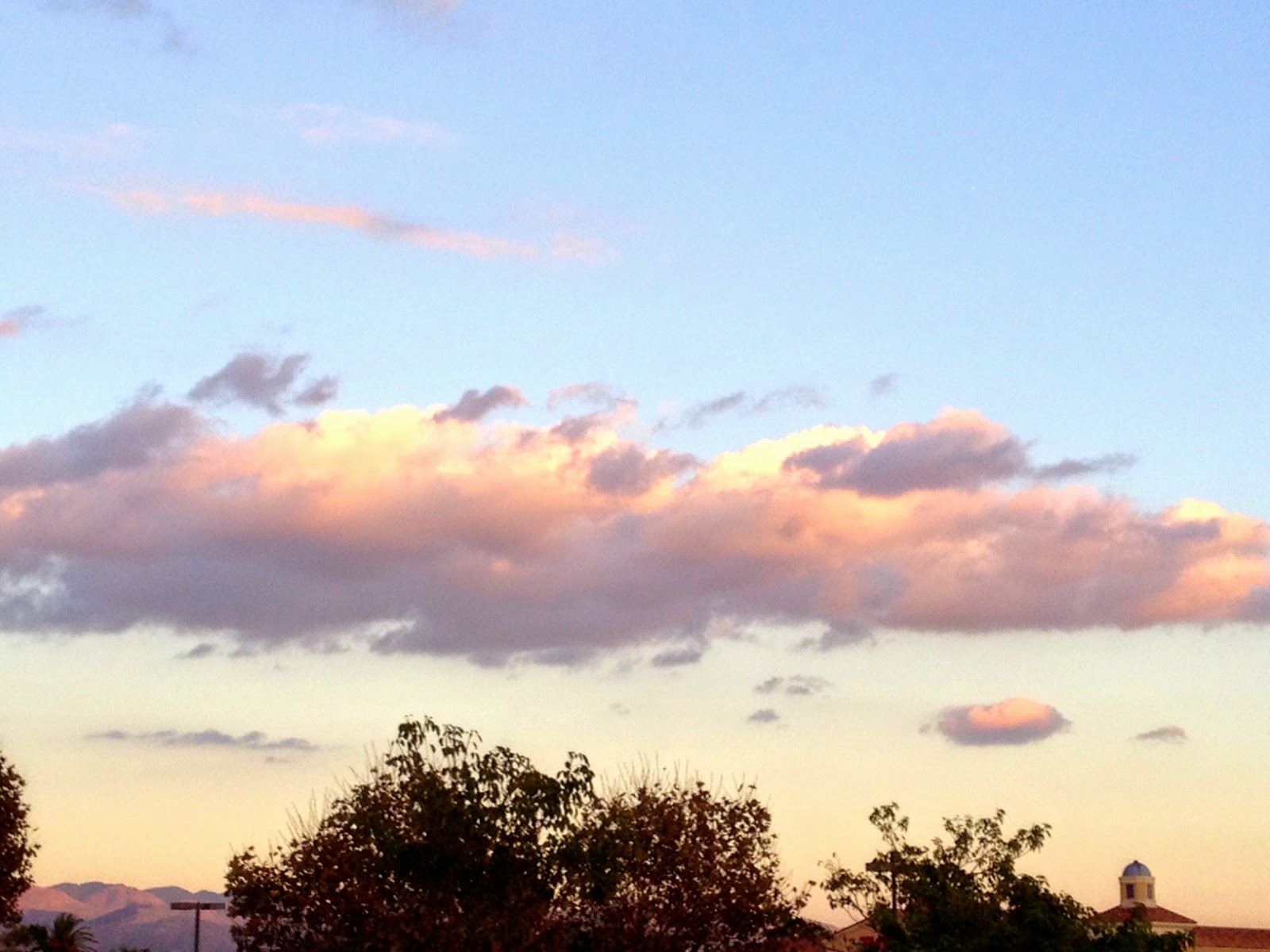 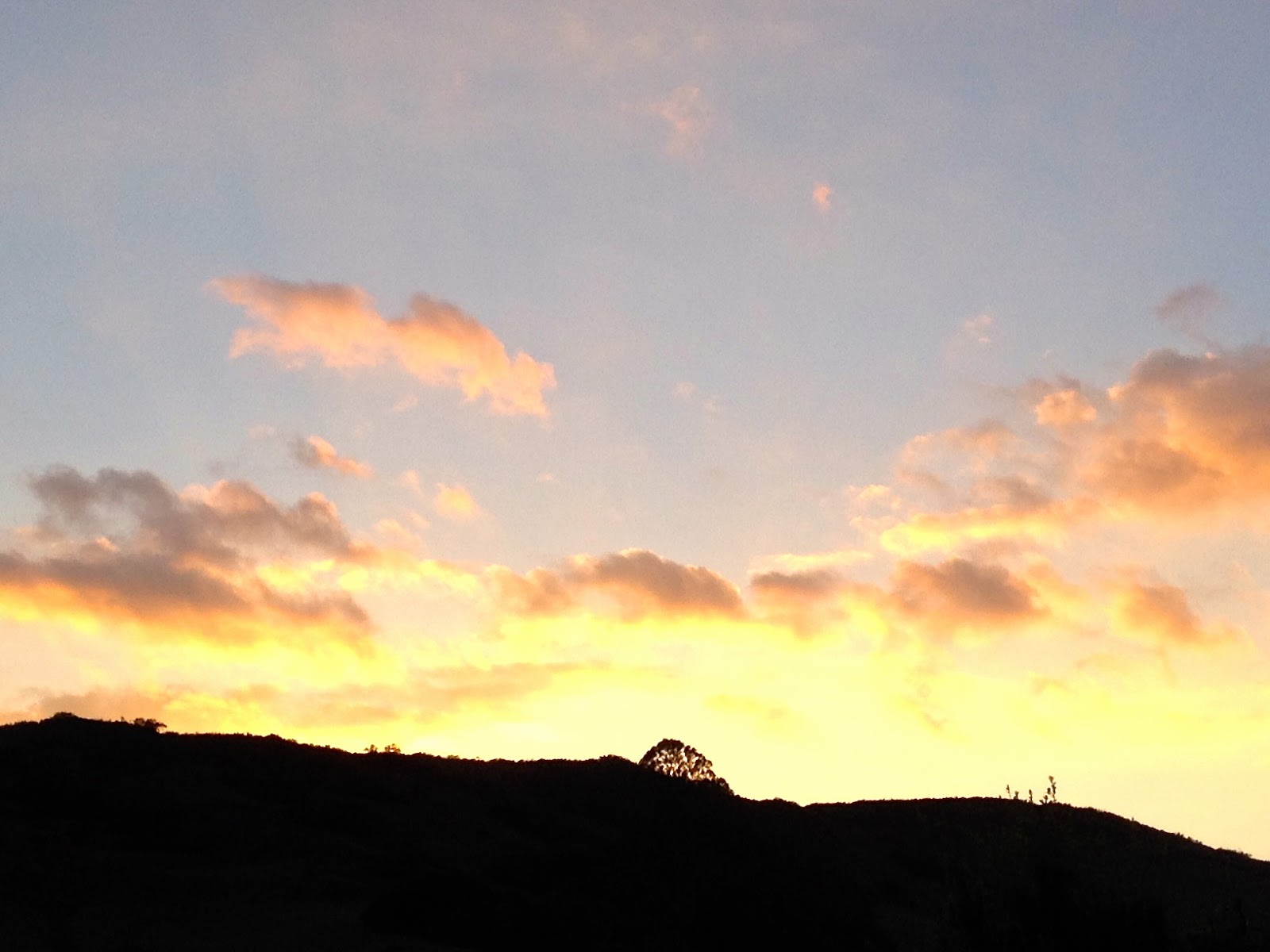 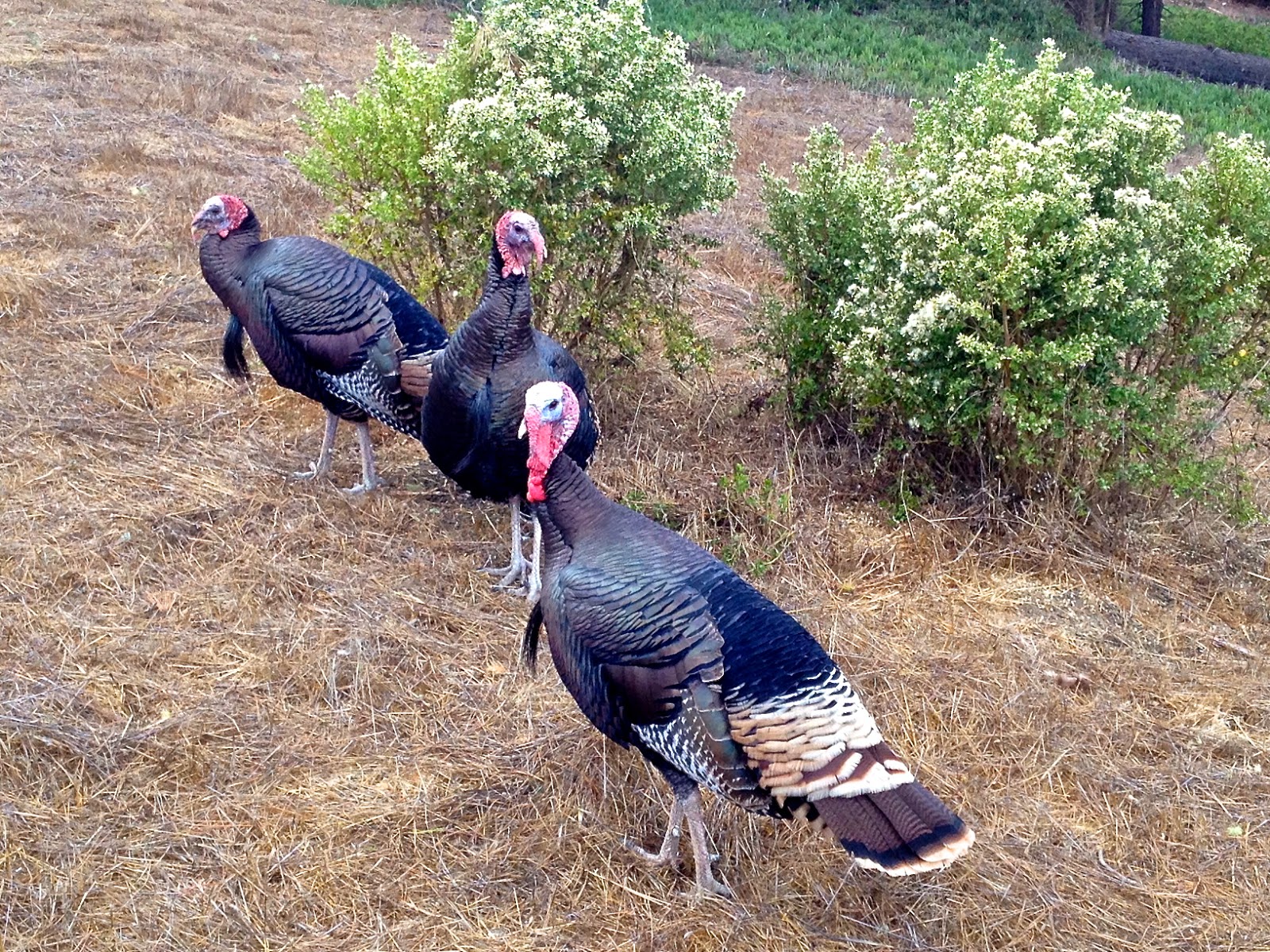 Neighbors
could have been the national bird 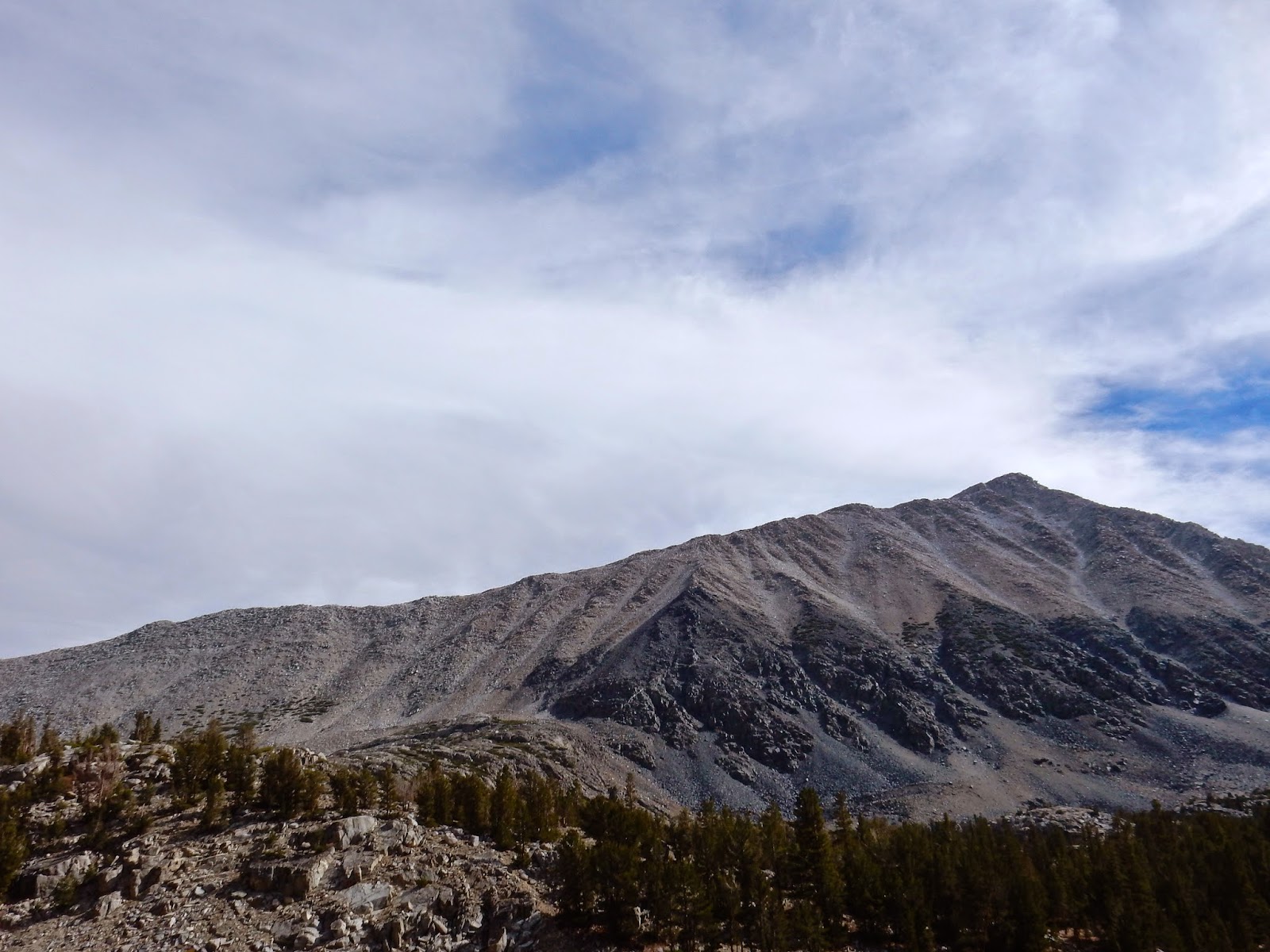 Heavy Weather on the way 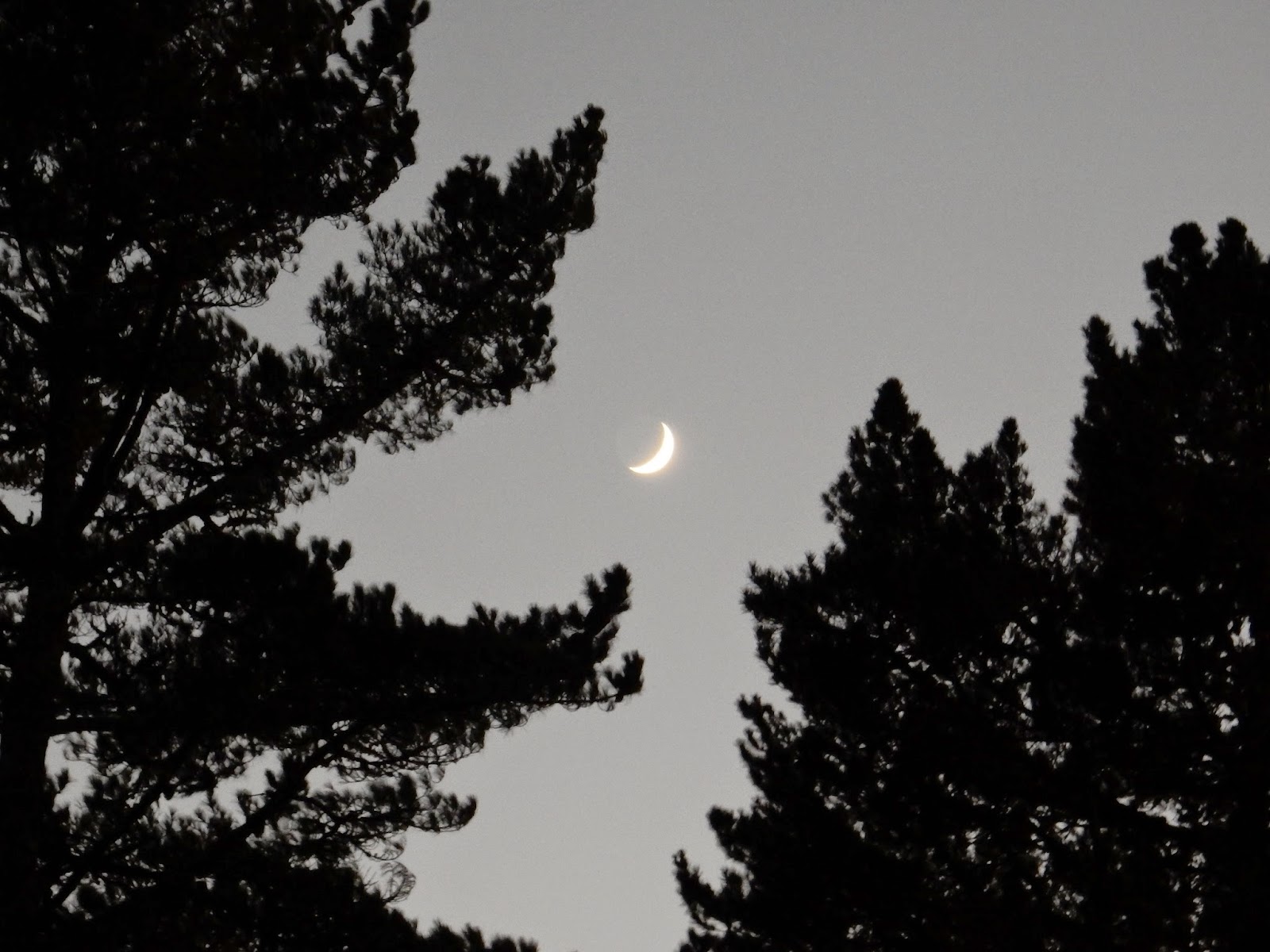 Turning on the night lights 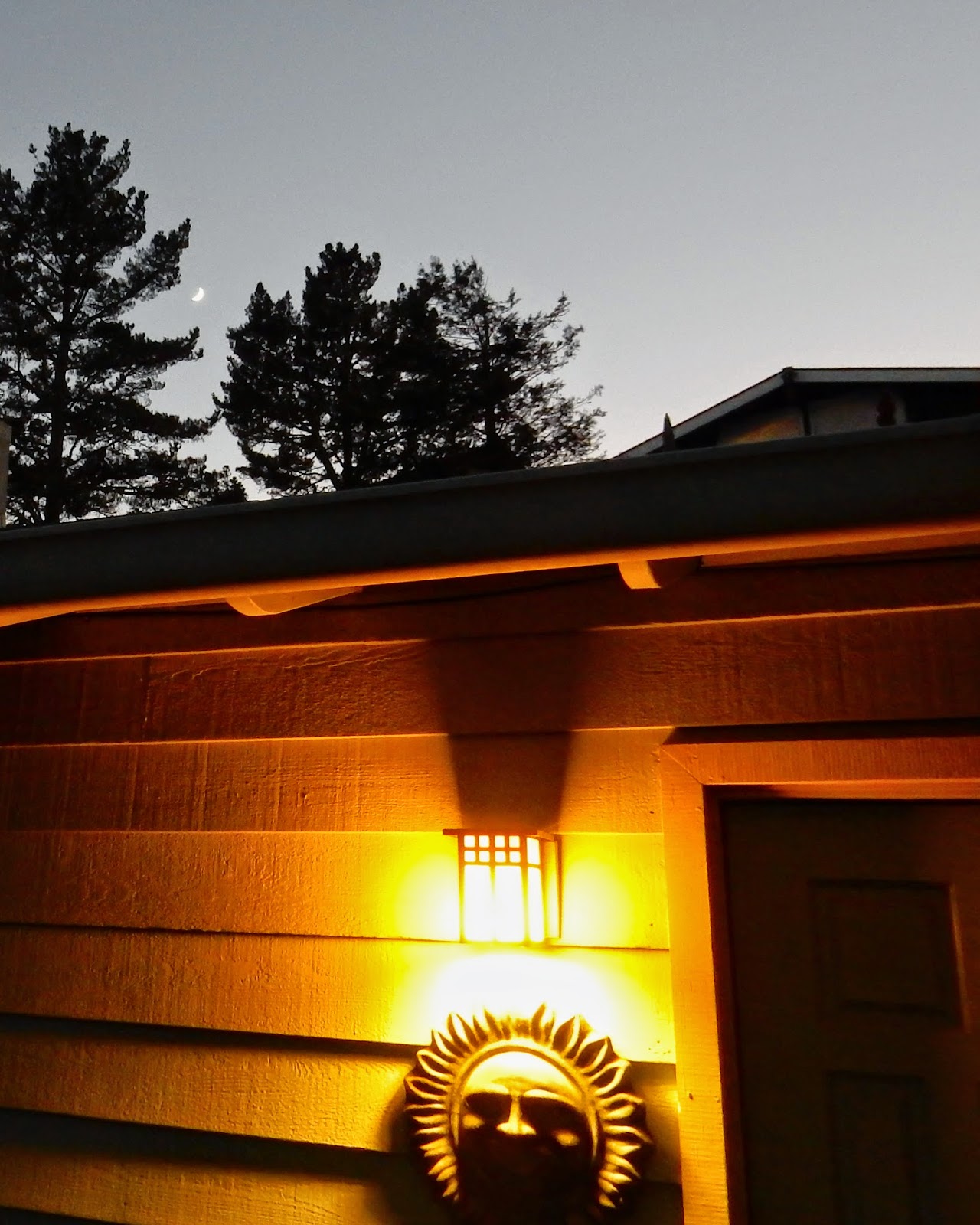 THROWBACK TO A GOOD DAY 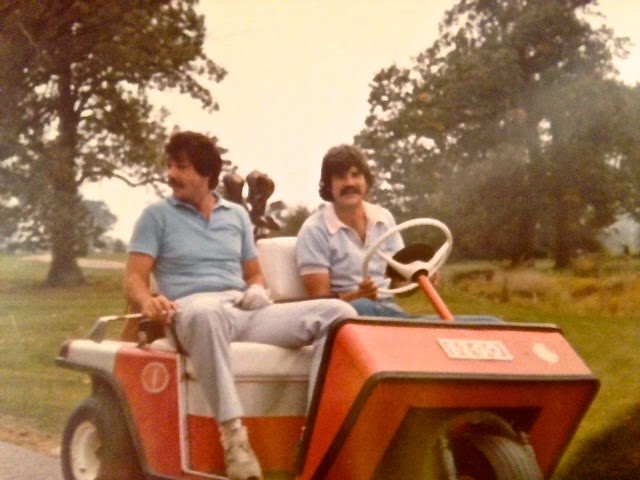 My late brother Jim, at the wheel and yours truly enjoying a day of golf in the late 70's or early 80's.  Dad was an extraordinary golfer, Jim and I not so much.  But we had fun.

See you down the trail.
Posted by Tom Cochrun at 11:22 AM