A CONGRESS OF DANCERS 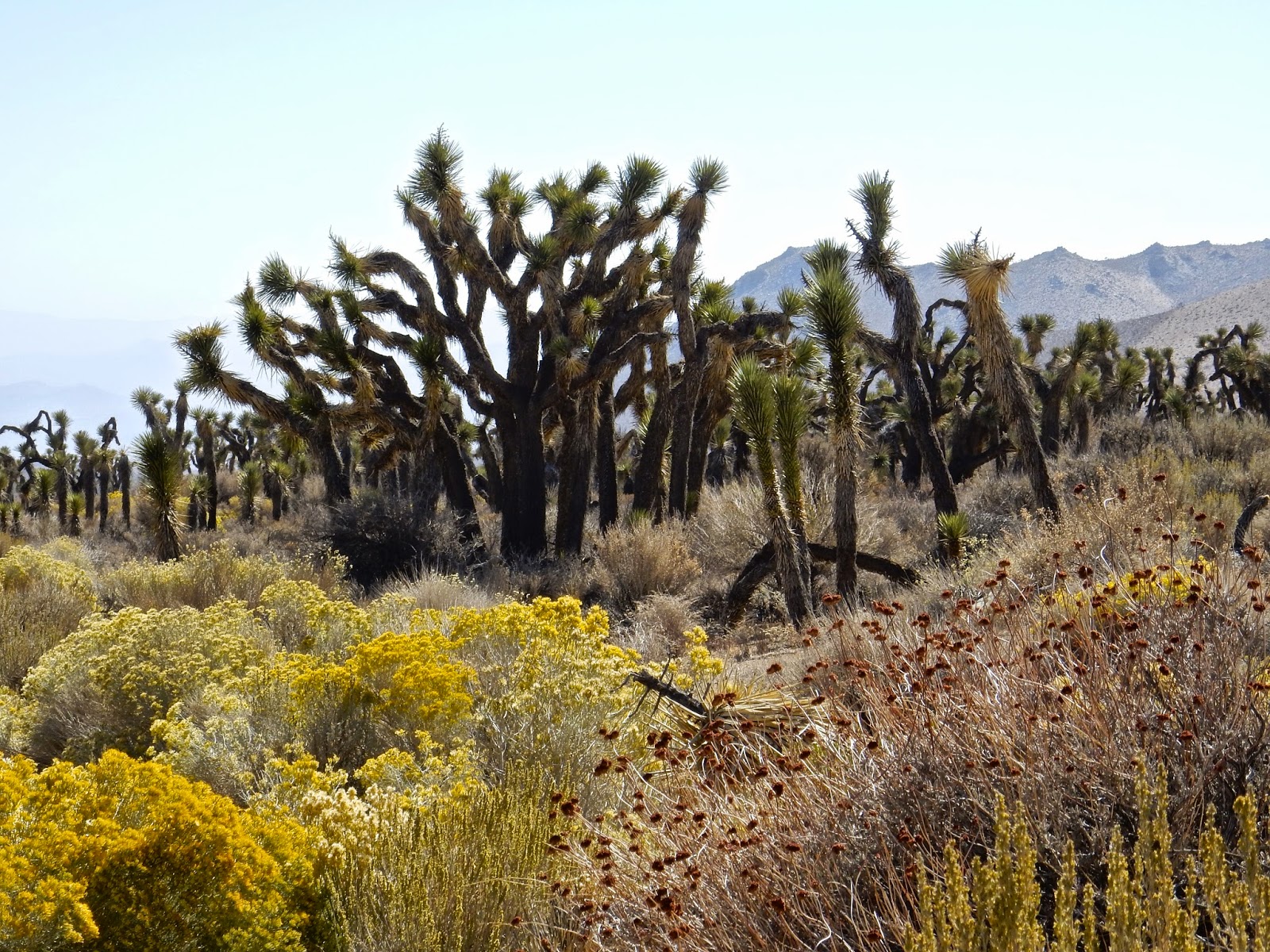 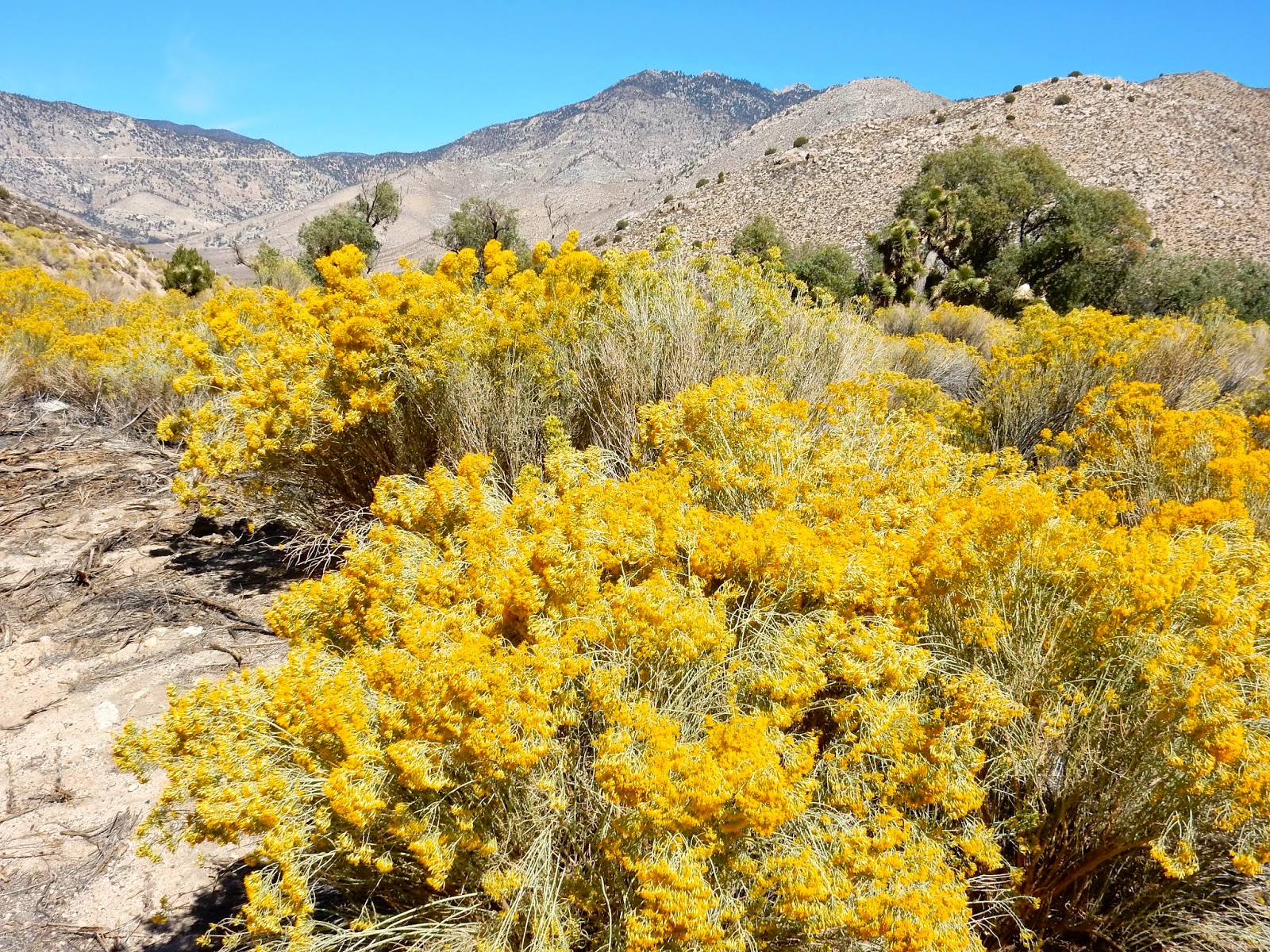 Yucca plants thrive in desert zones and give the terrain a populated feeling. 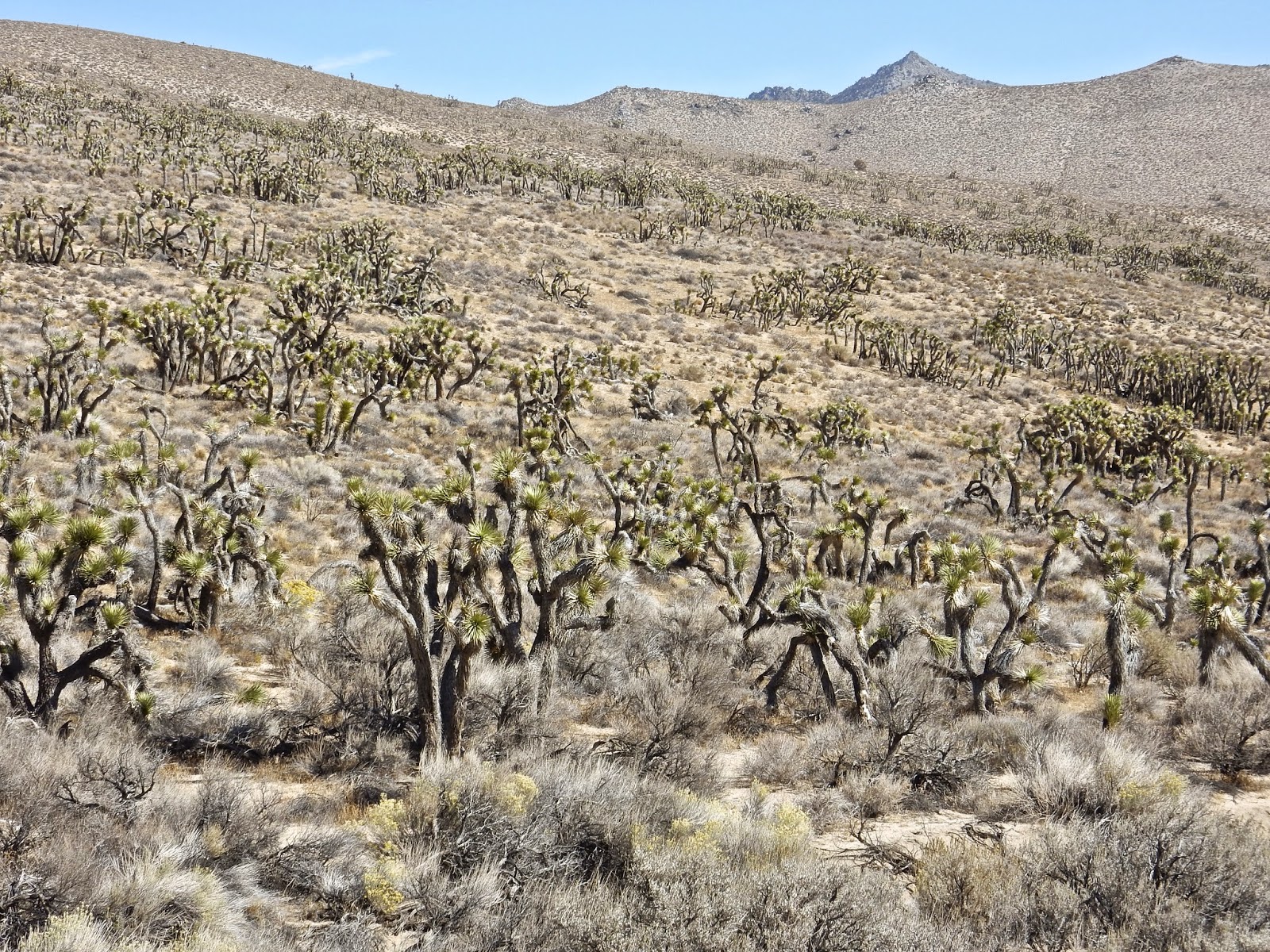 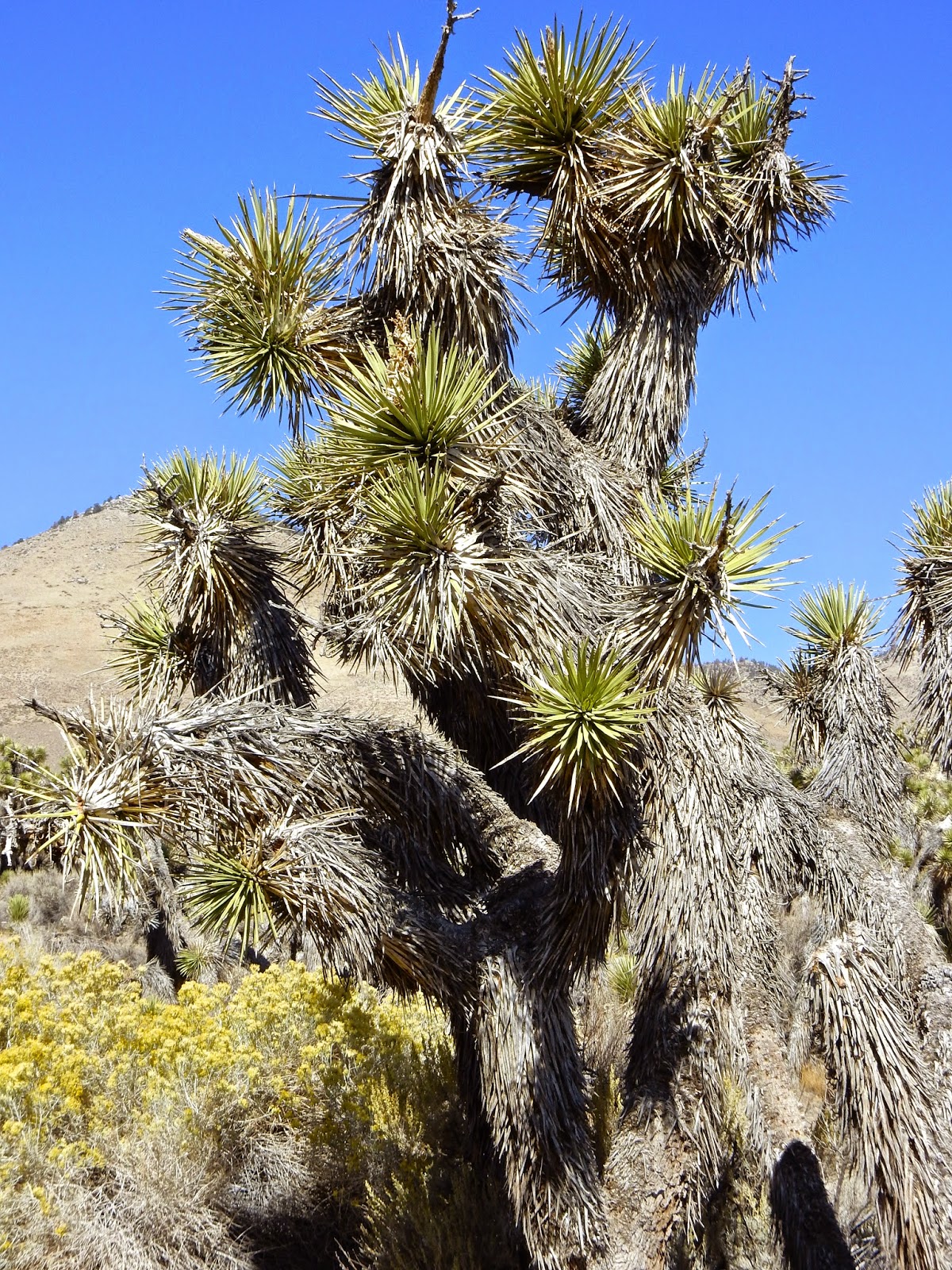 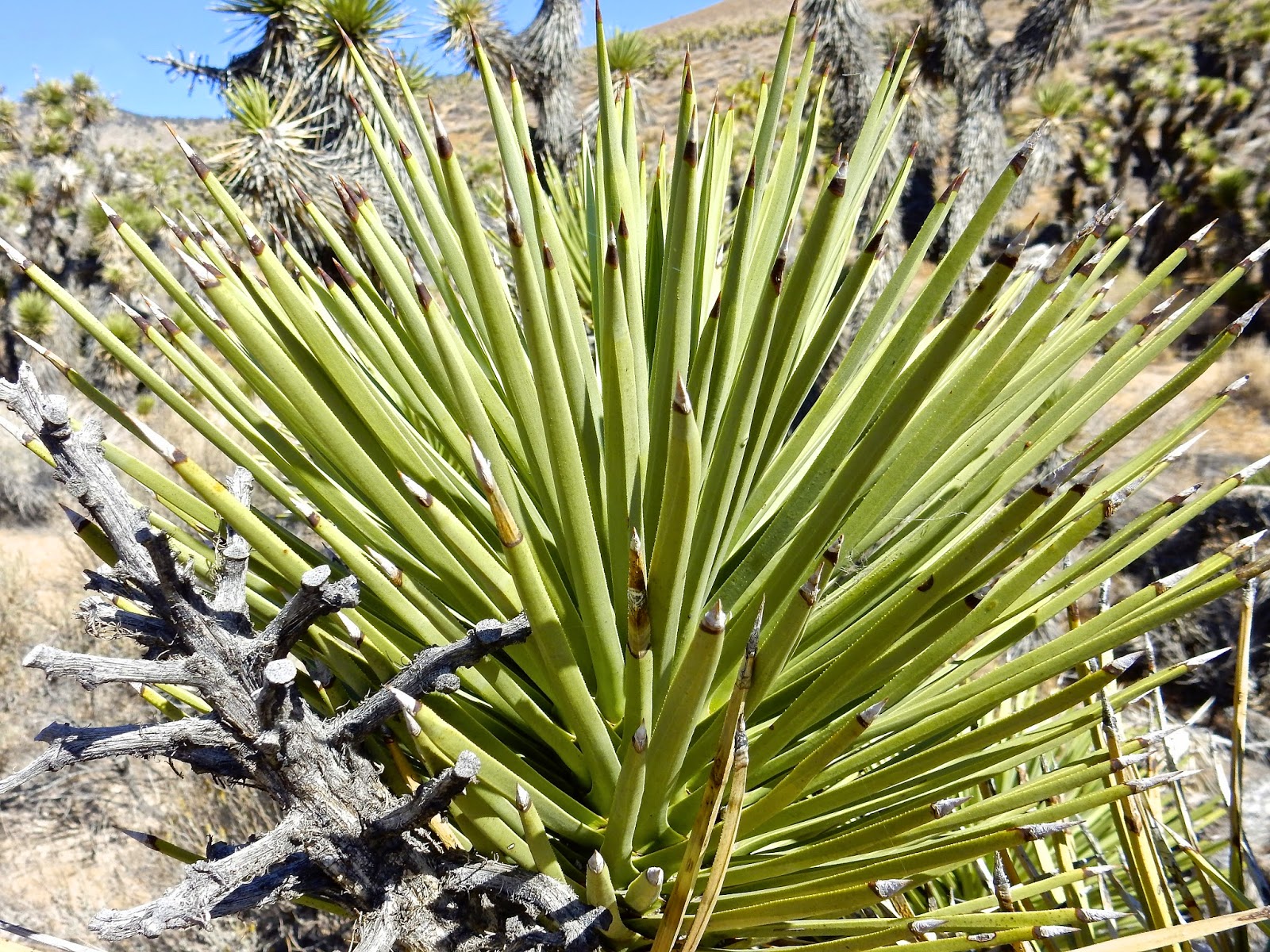 They add color and texture to the brown and sand scape tones. They remind me of clusters of gesticulating dancers. 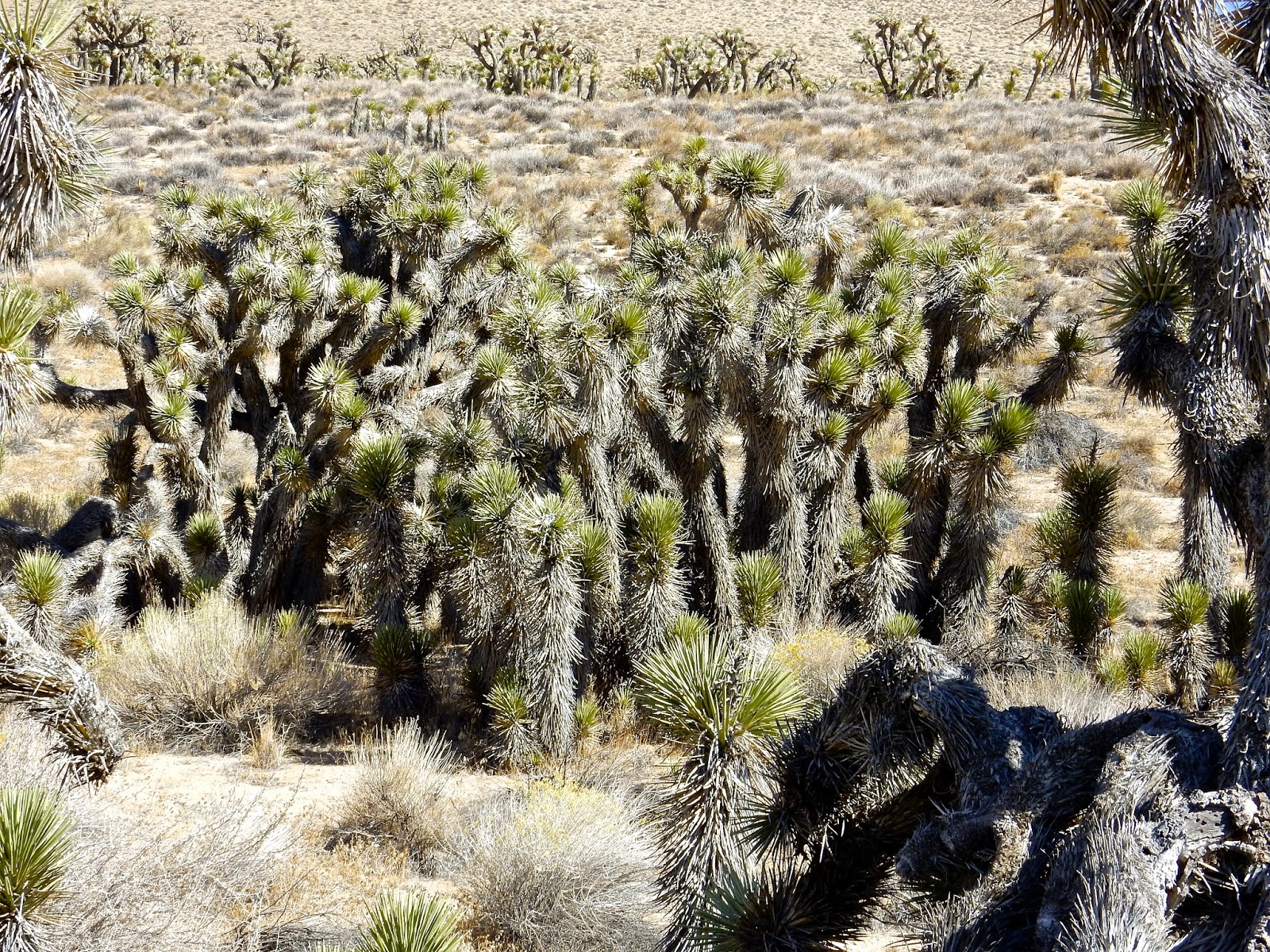 Following three years of drought Californians are beginning to see tinges of winter green. Two small rain showers in the last couple of weeks have charged the grazing slopes with something on which to graze. 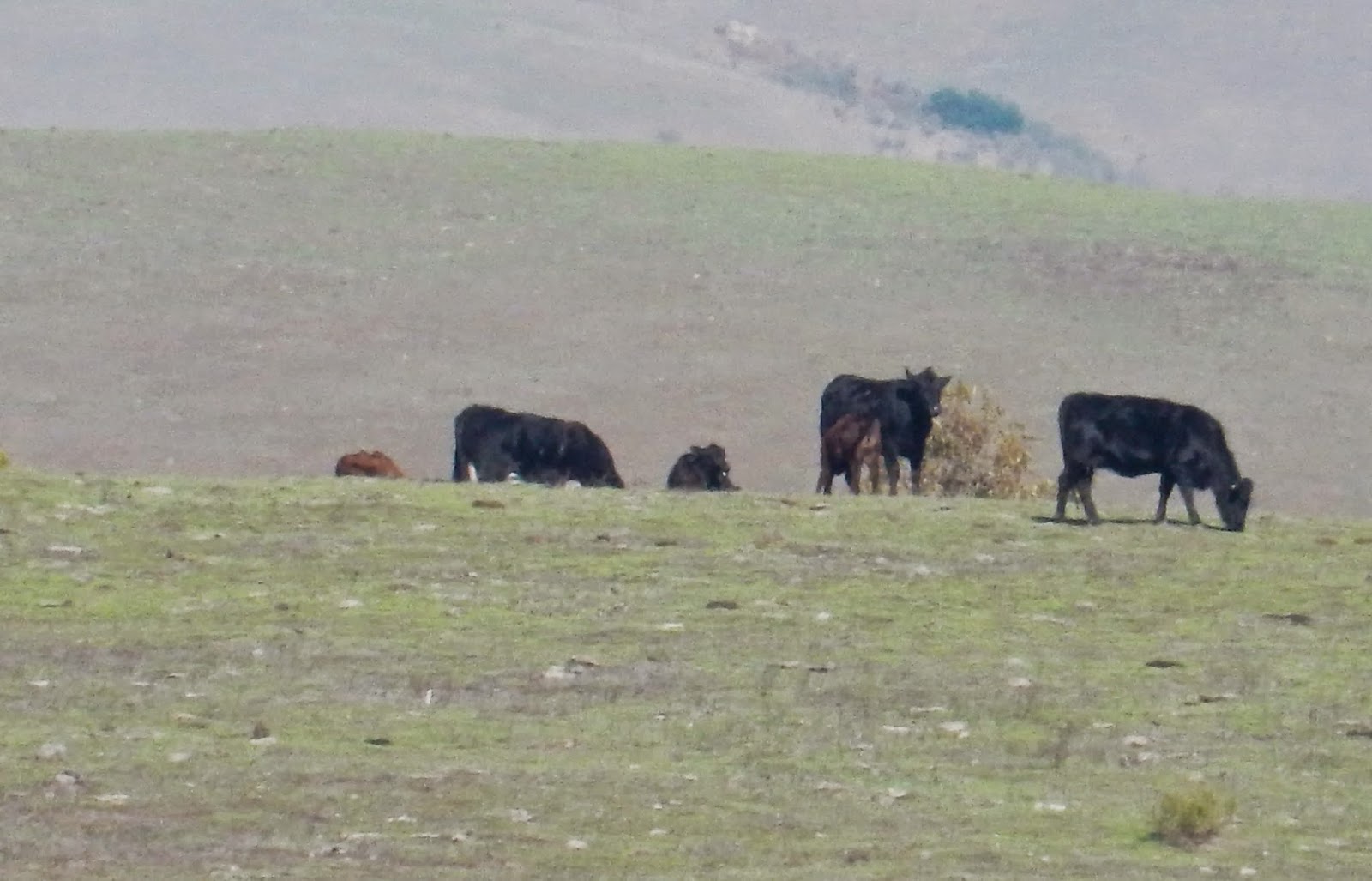 There is precious little green but even that softens the concrete gray and brown of the dry slopes. 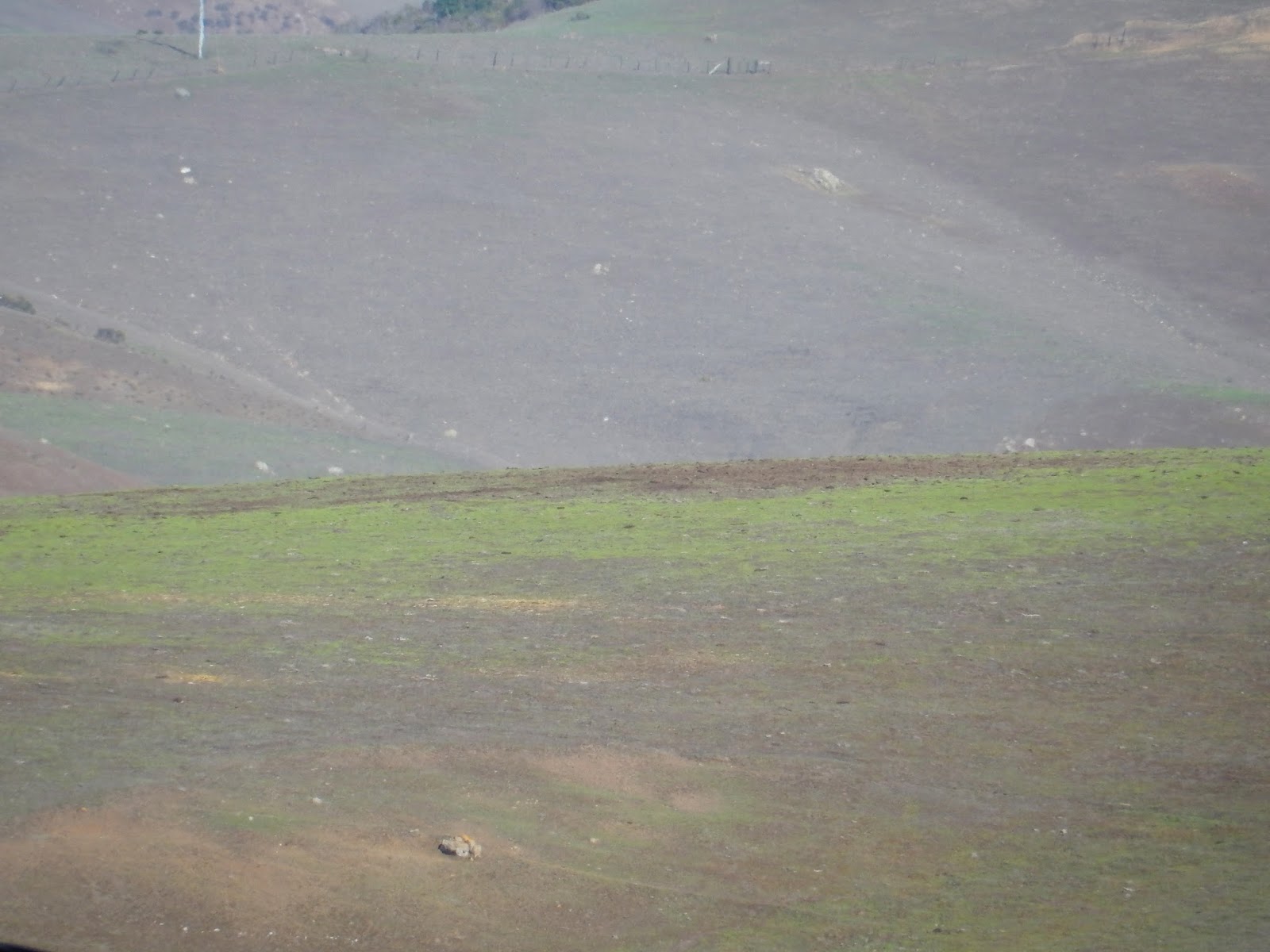 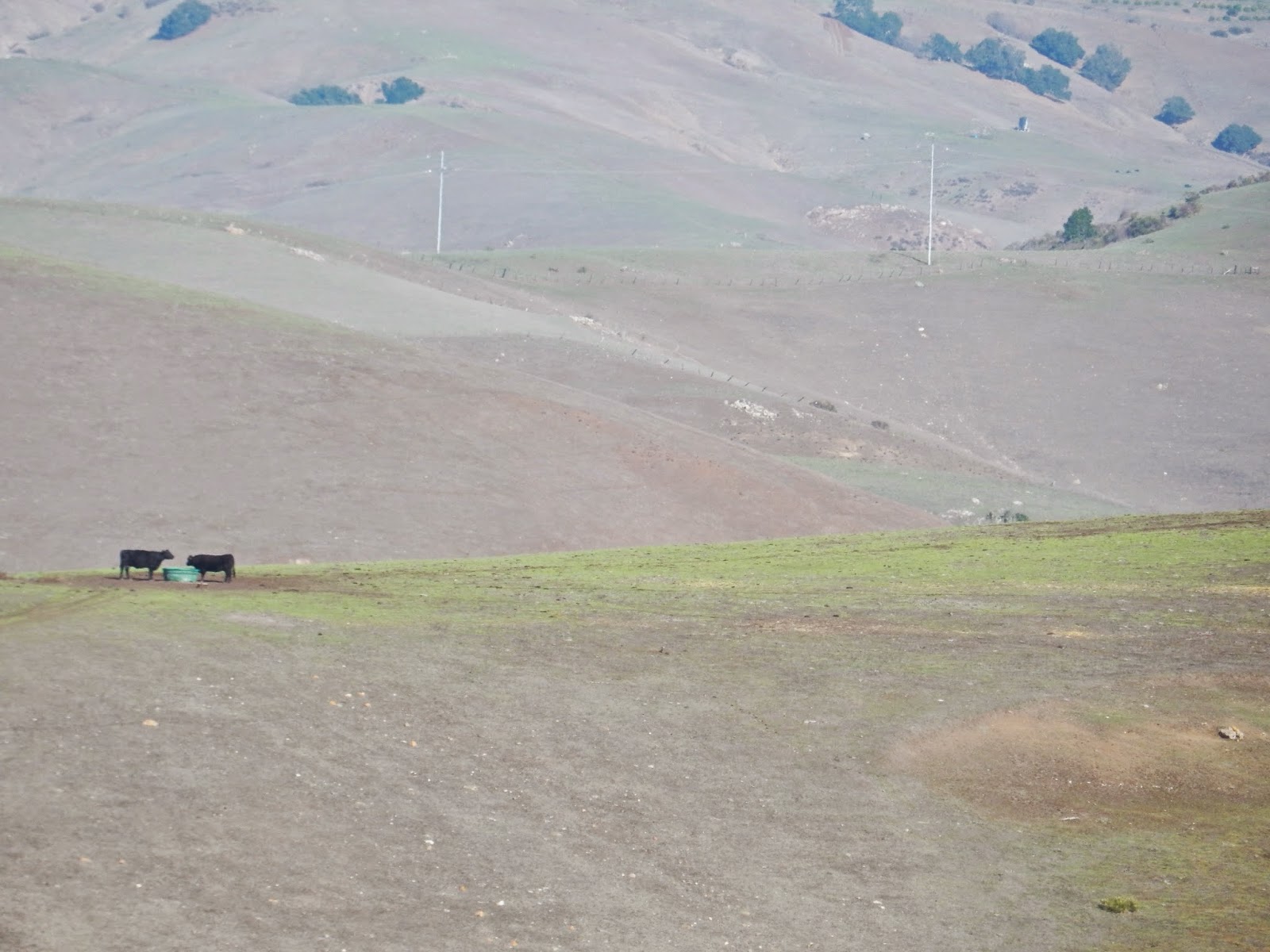 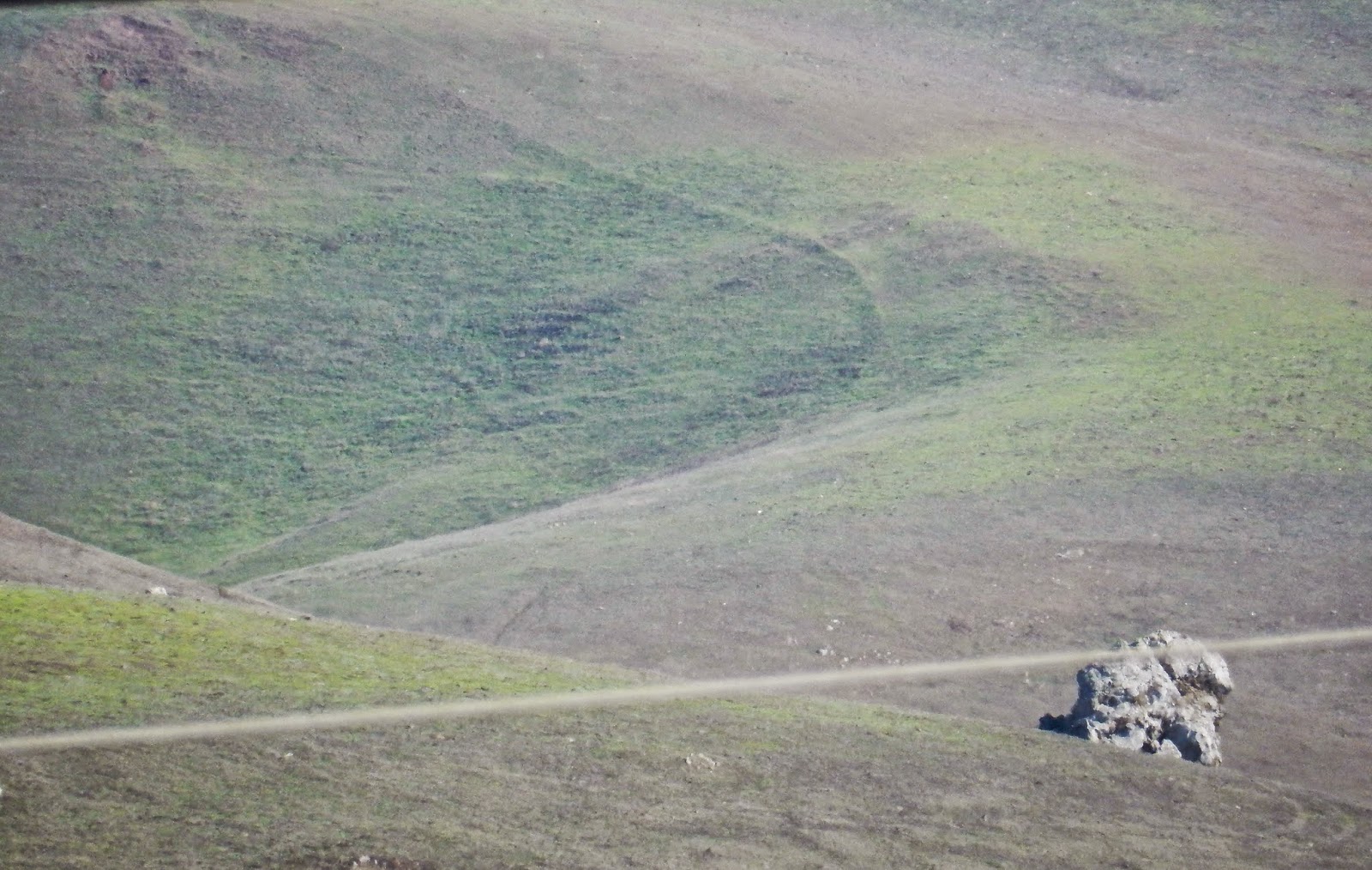 AN EPIC RIDE
Everything about INTERSTELLAR is big. Big name cast, director, story, themes, concept and running time.
Christopher Nolan is an accomplished director and movie maker. He uses his full skill range in writing a storyline and then turning it into a film that is adventure, heartwarming, thrilling, mind bending, and stunning.  But it is long.
Mathew McConaughey, Anne Hathaway, Jane Chastain, Casey Affleck, Matt Damon, John Lithgow and Michael Caine  live up to their reputations.  Josh Stewart and Bill Irwin as TARS and CASE, on board computers, were terrific. In fact I'd love to have one of those around here.
Planet degradation, government cut backs in science, family dynamics, parental love, black holes, and time space continuums are all treated as part of the story line.  Unexpected but nicely handled was the scene where a teacher upbraids McConaughey and his daughter for using a text book that teaches about the Apollo flights to the moon. The teacher insists that was all propaganda by the US to force the Soviet Union to spend more than they had on space research.
There is a lot to this big and epic film and you'll need to enjoy sic-fi, science, space, action and mental riddles to love it. Lana enjoyed it less than I did. A buddy with whom we saw the film said it was a bit long.  However there is an act, series of scenes, where time, a moment in time, is portrayed across a spectrum of realities, dimensions and time itself. It was stunning to see as it played and I've found that I continue to roam back over the concept and the visualization of it. If theoretical physics could have been taught in such a way, I might have been seduced by that sense of "reality."  It will stretch your head a bit.  Or not! At any rate I'd like to put TARS or CASE on my Christmas gift wish list.

See you down the trail.
Posted by Tom Cochrun at 1:10 PM