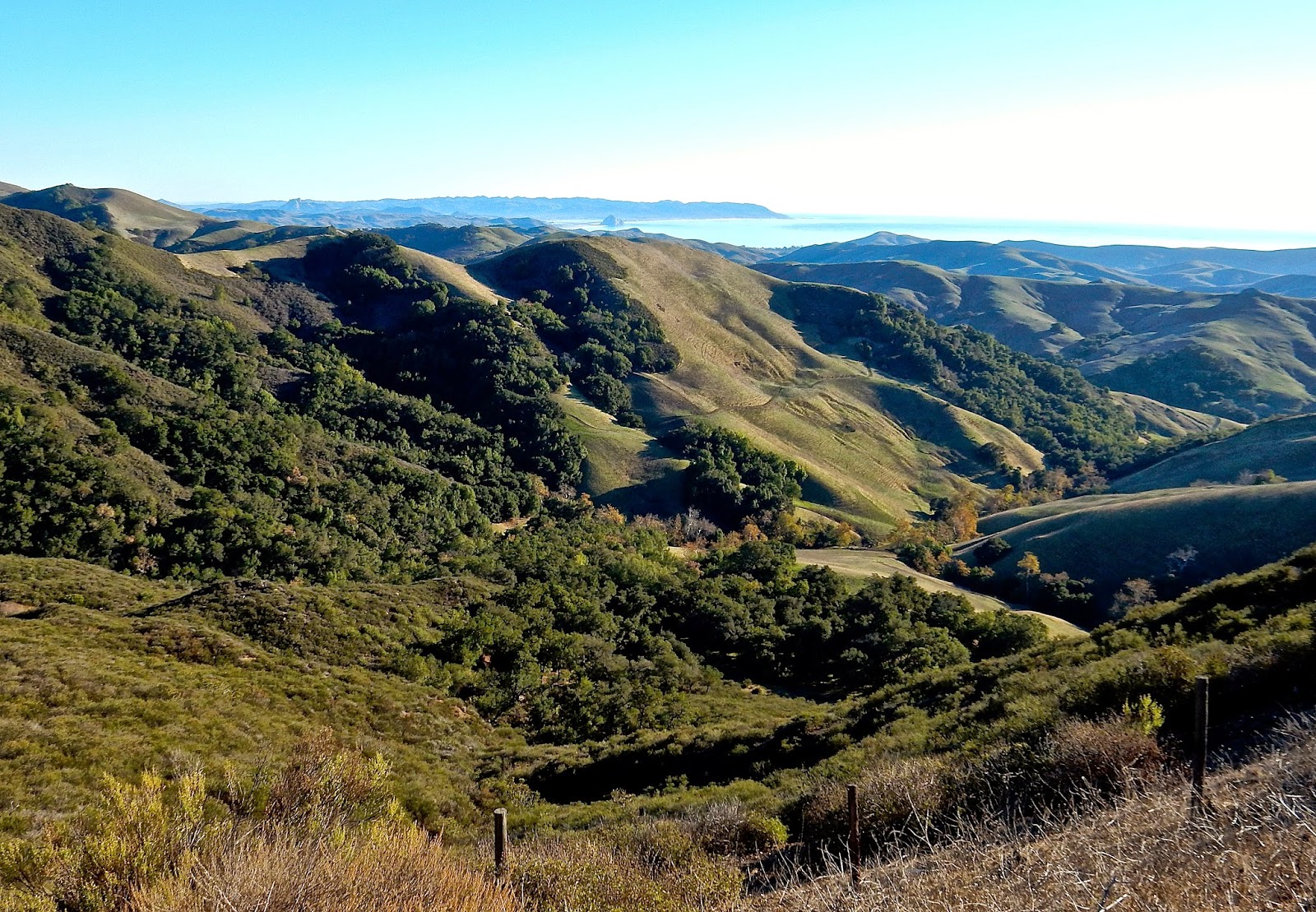 Highway 46 overlooking Morro Bay.  Thanksgiving will be green this year. 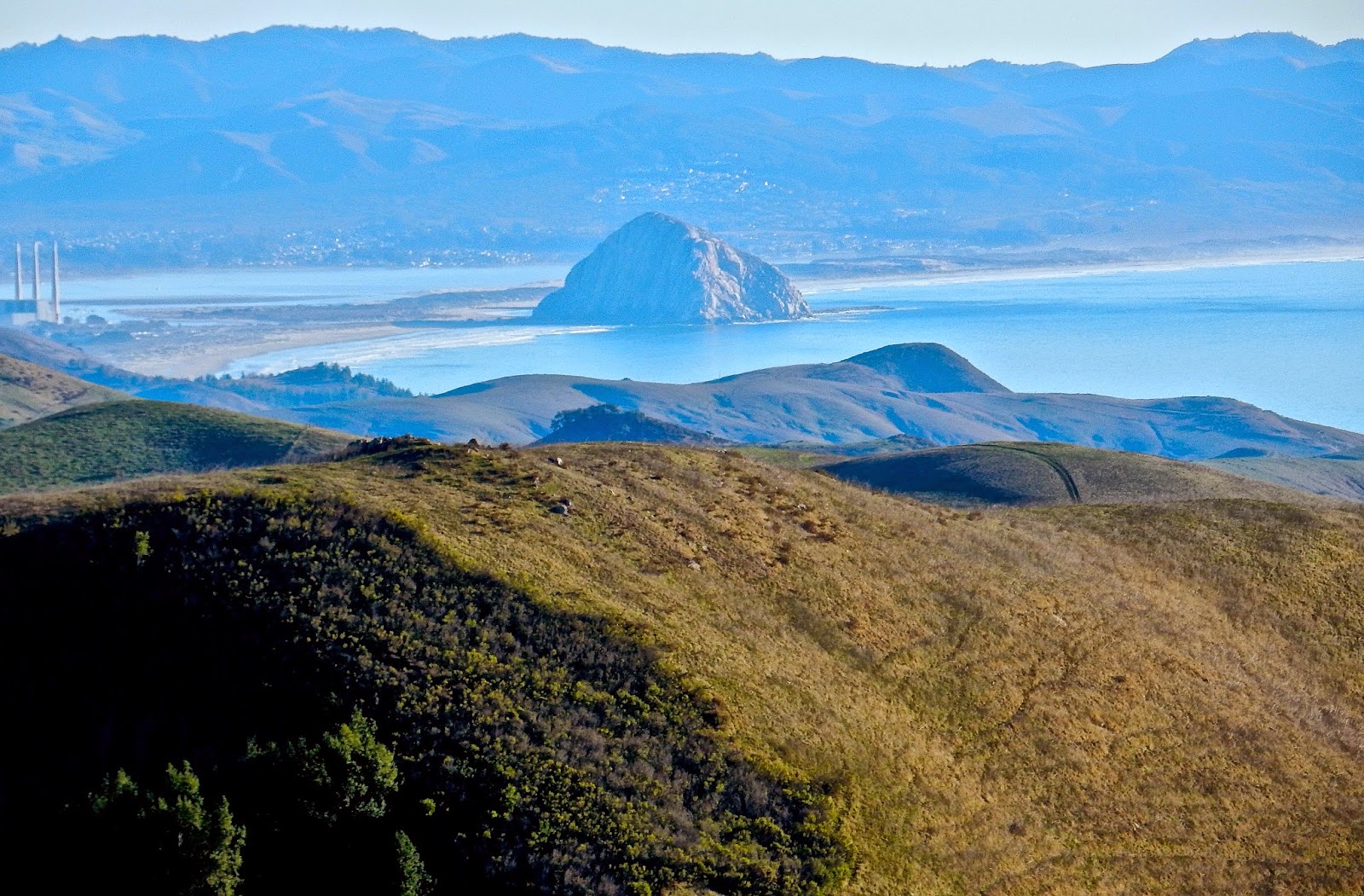 The tinge was prompted by three light rain events, the most significant accumulation being 1.2 inches. It is a start. 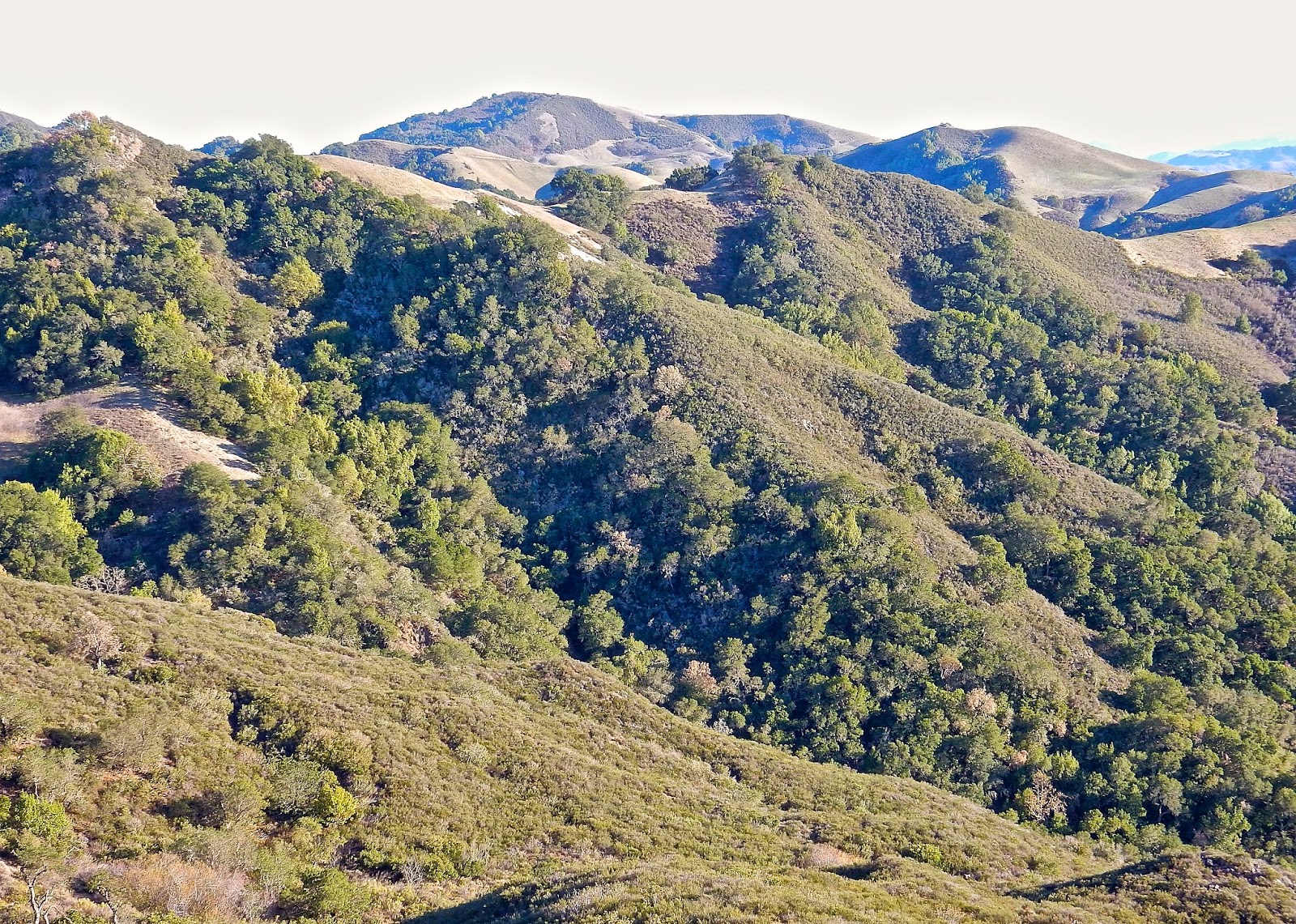 Cattle trails appear on the slopes as lines on weathered hide. 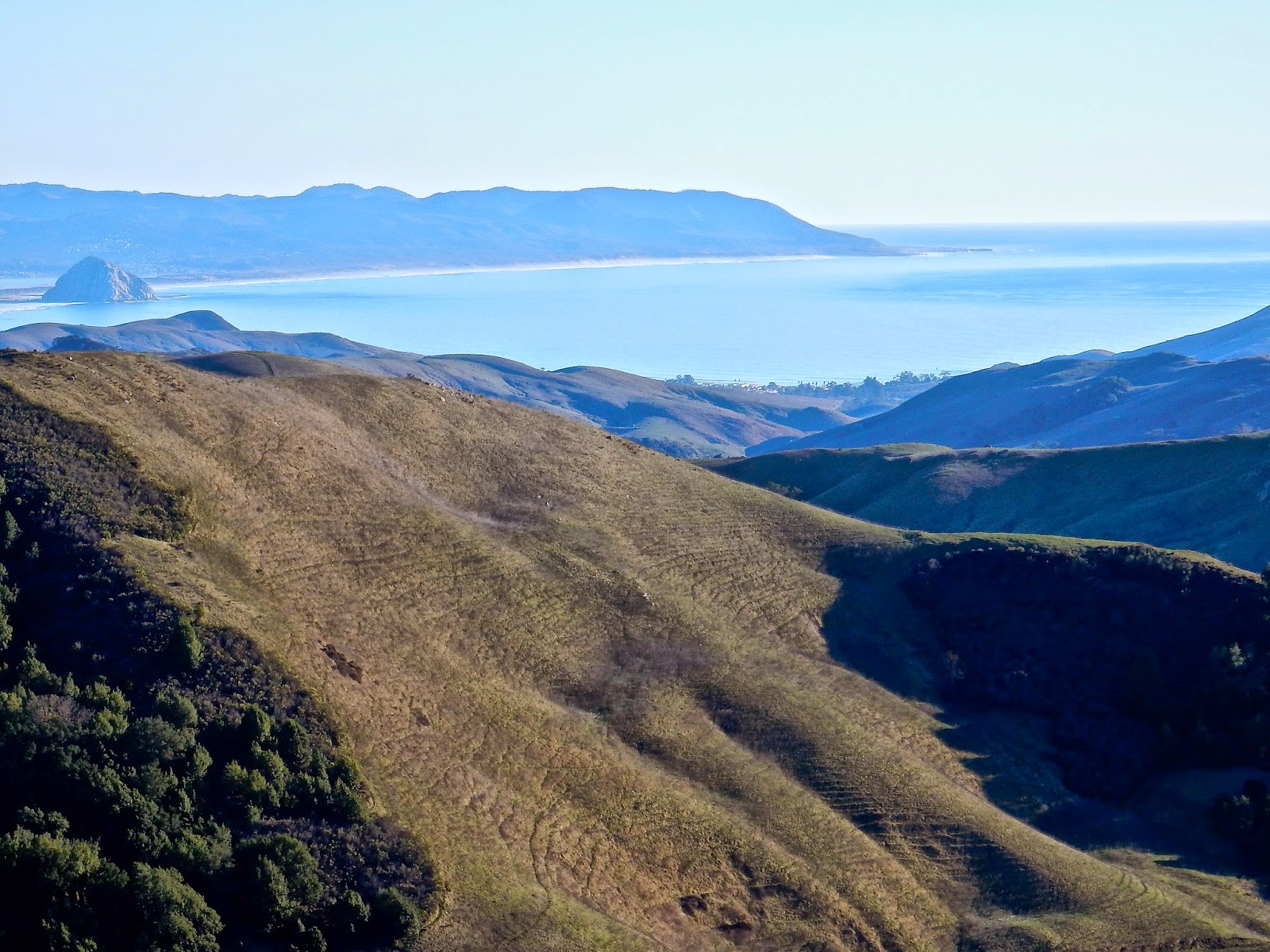 We are also grateful for the green of Thanksgiving and the promise of more rain. 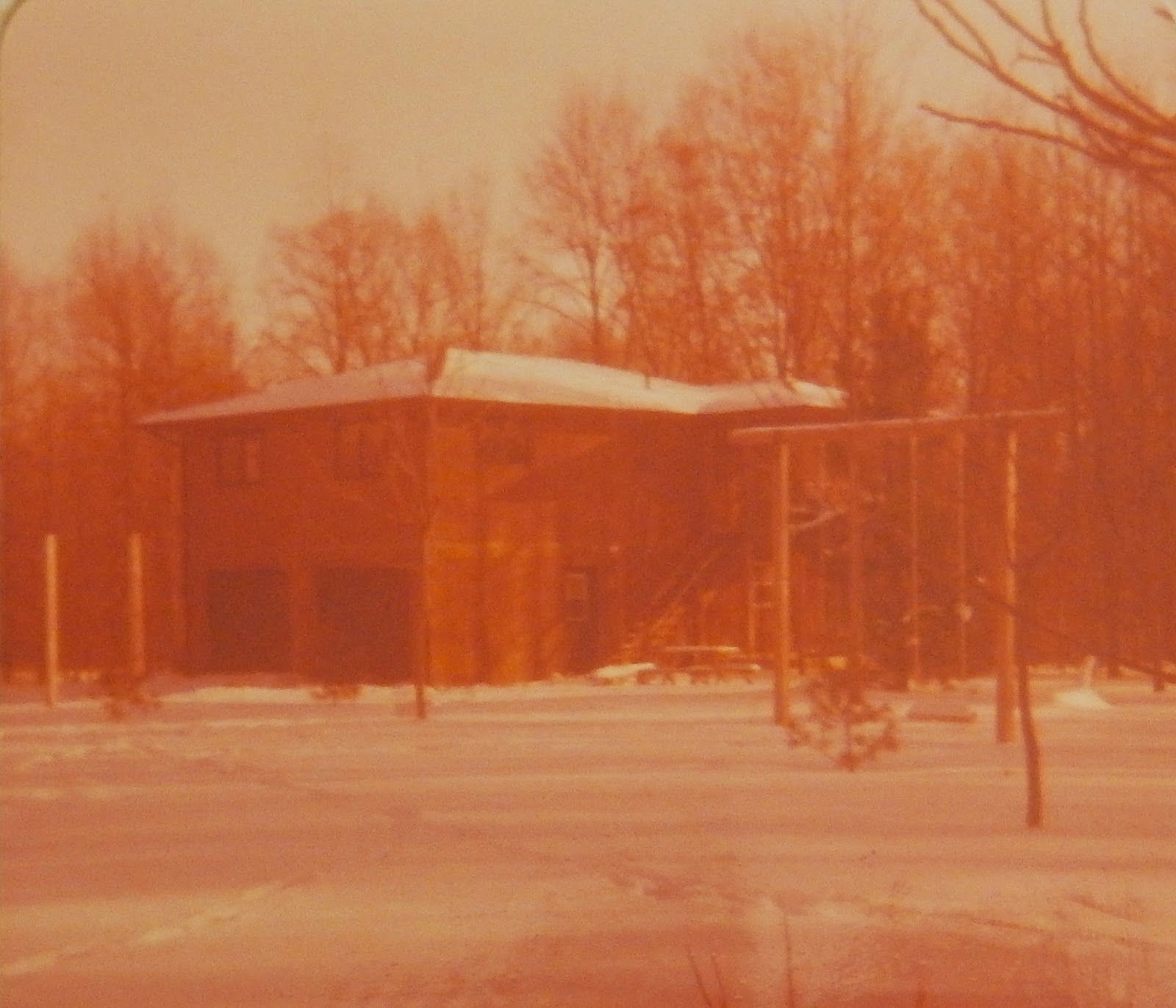 November 1976, our cabin home in the woods in southern Indiana where we continued a tradition begun years before-our Friend's Thanksgiving. It began before we were parents and when many of the friends were single or just getting hooked up.
By 1976 it had become a feast indeed and our little cabin was full of great and grateful friendship. 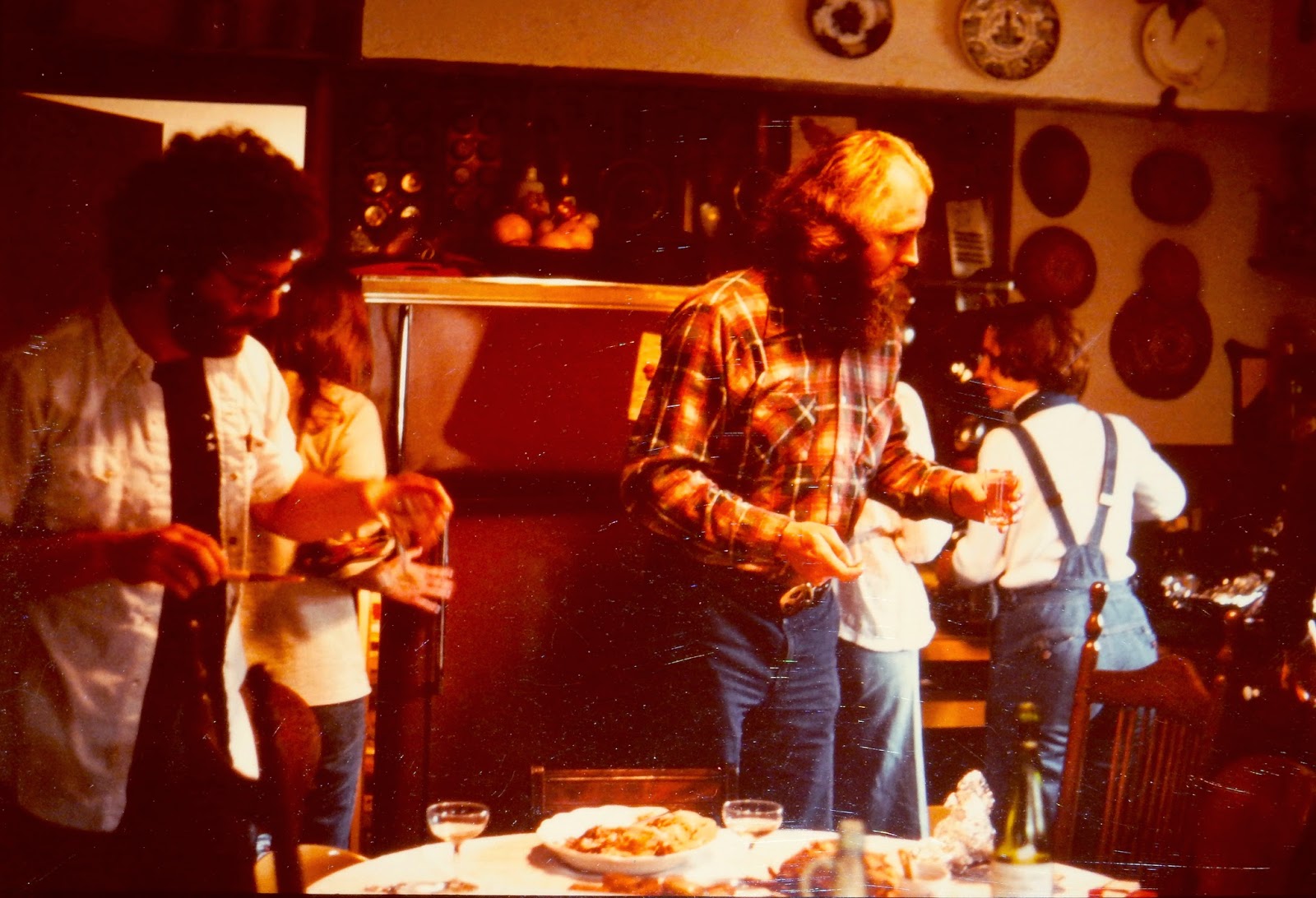 After the ample meal your's truly did the best he could to fight the affect of L-Tryptophan. 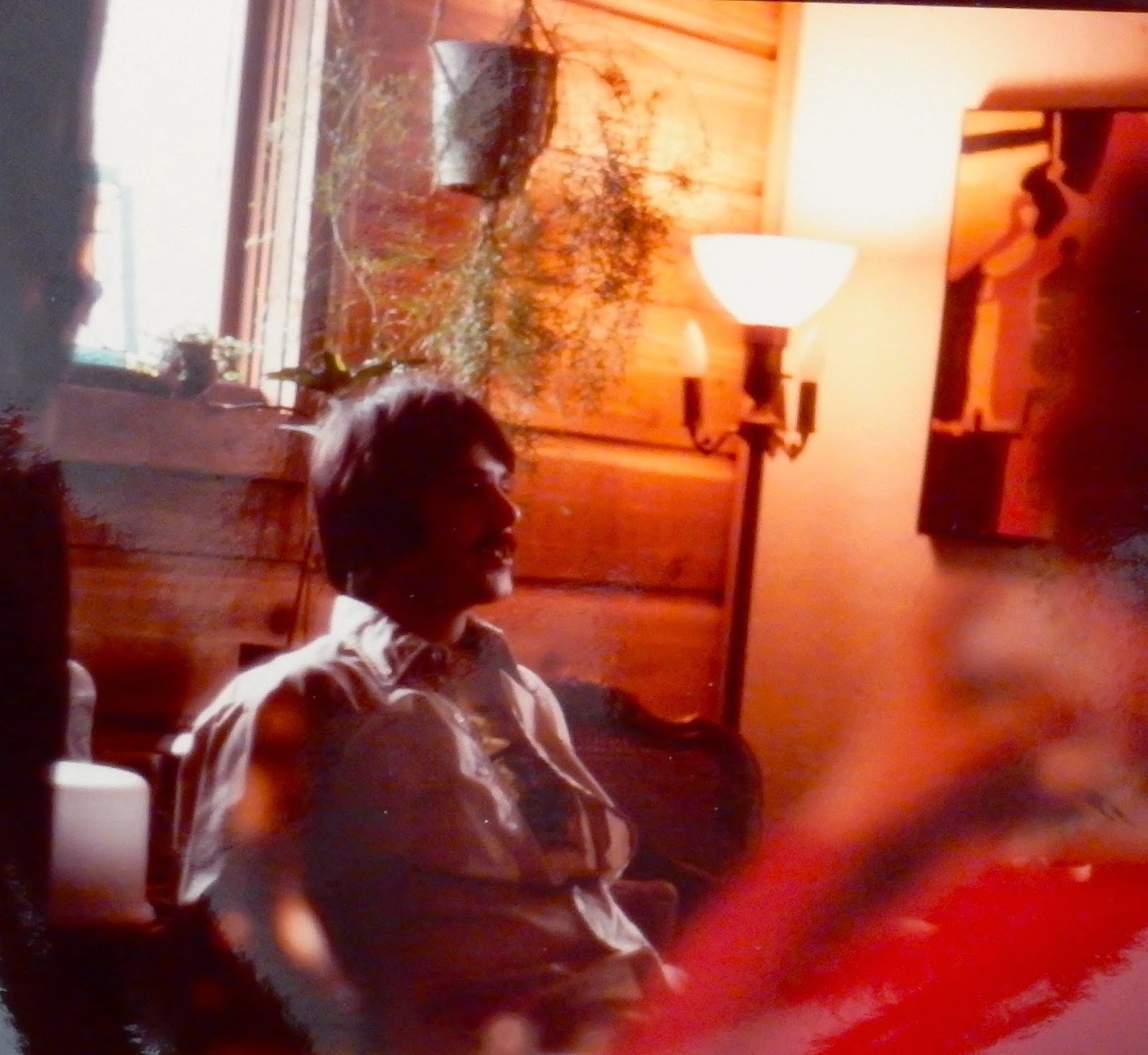 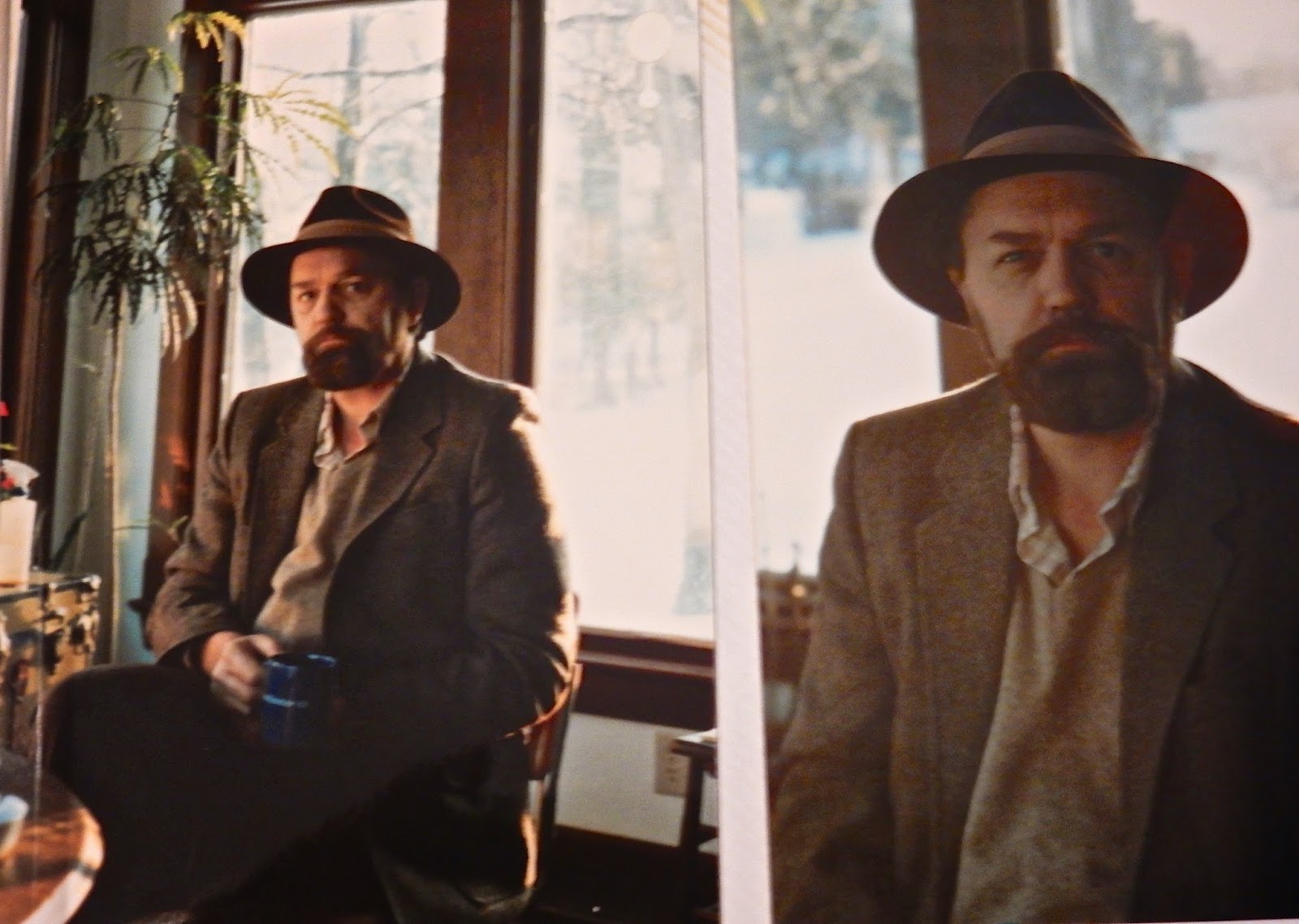 Frequent readers of the blog have noted periodic references to or comments from The Catalyst-AKA Bruce Taylor. Here is an early 80's iteration of said madman!
BTW-it was on his blog this week where I raised the issue
of "authenticity" of this holiday of thanks.
The first Thanksgiving may have been in or near what is now El Paso Texas and in 1598. A young spanish scion of a family with Royal alliances and who had done work for the King of Spain in this New World, launched an expedition in the summer of 1597. They were to travel to a land grant holding the young man earned near what is now El Paso.
They commenced from southern Chihuahua near Santa Barbara (Mx). It was a hellish a go. Drought, flooding, hostiles, near starvation before crossing the Rio Grande. Later after a period of recuperation the young Juan de Onate arranged a feast of thanksgiving. The Spanish provided game, the Indian's provided fish, a mass was said by
Franciscans and apparently a happy event was launched. Historians have said this celebration was one of the significant dates in the history of the American Continent.
It seems the feast we gather is identified with the English, who as you note, gave thanks more than a half century later.

His follow up post includes a notation that some scholars believe the Spanish celebrated even earlier in Florida. Despite the historical debate, it might be good to add a Spanish, Texan or Mexican touch to your traditional feasting.
Regardless of origin, a day given to being thankful is cool.
So too is this-VERY GOOD PRICE- for California! 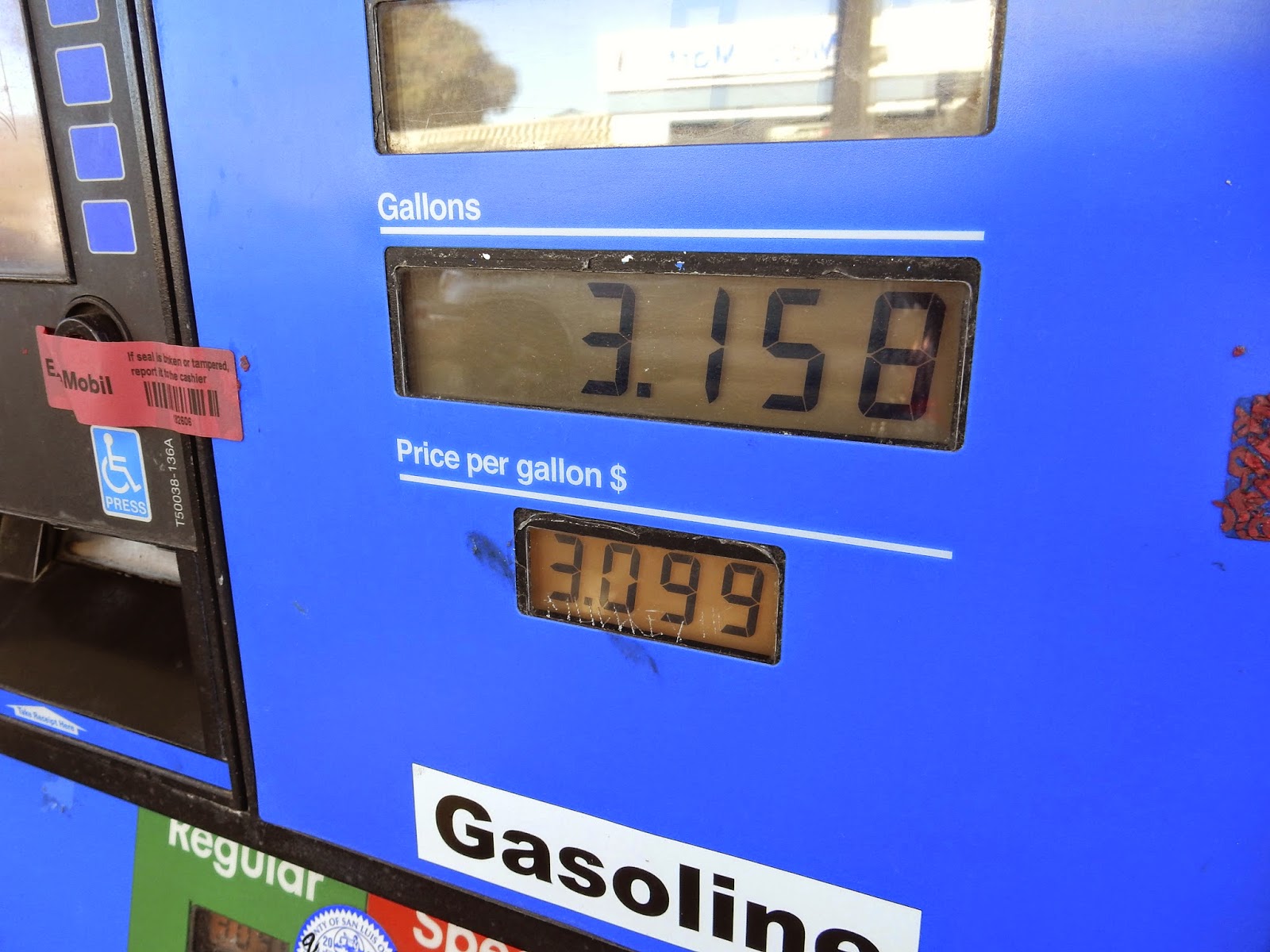