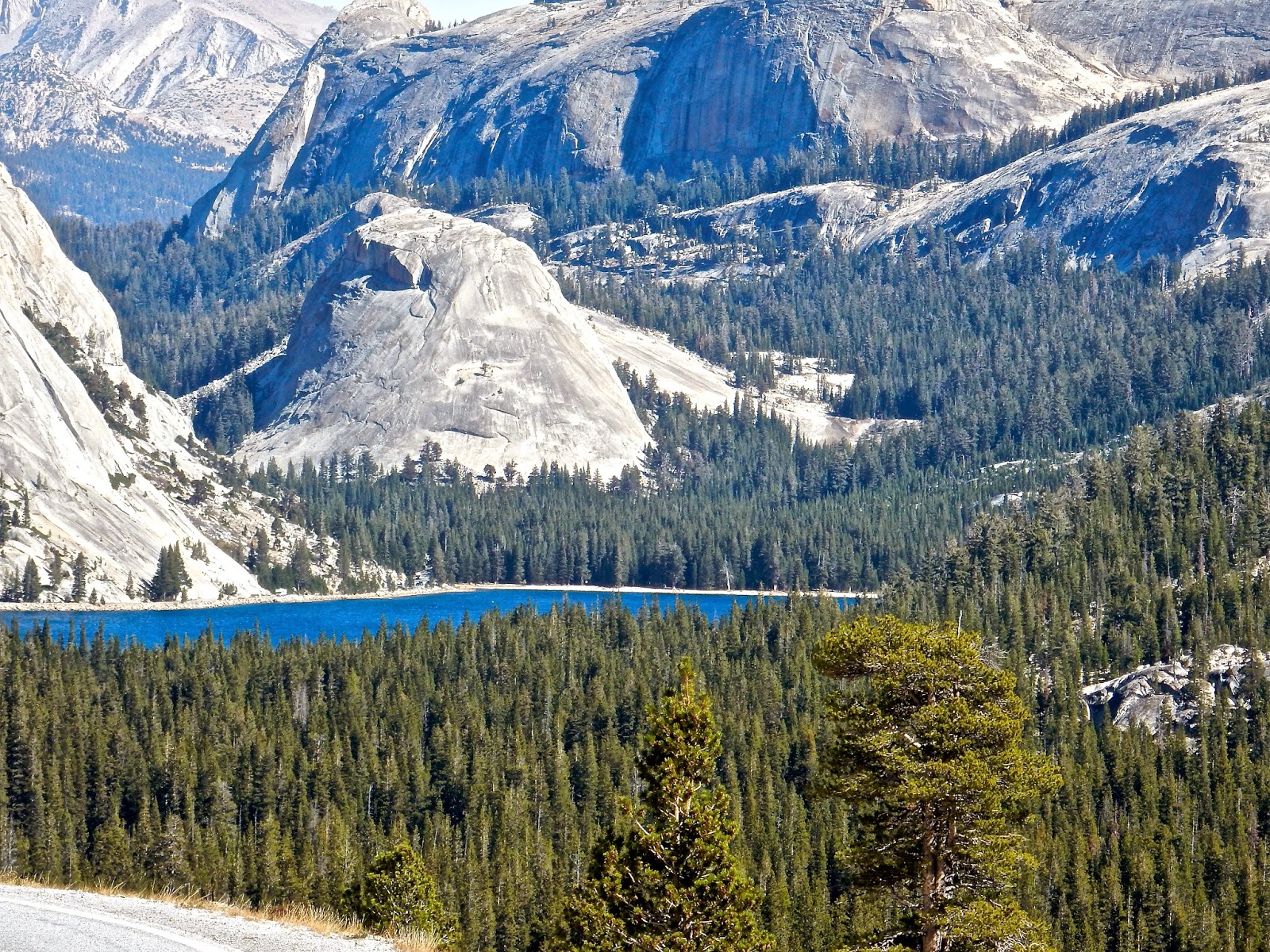 Whenever in high country, as here in the Sierra Nevada,
I am forever like a kid on Christmas morning when I spot water. 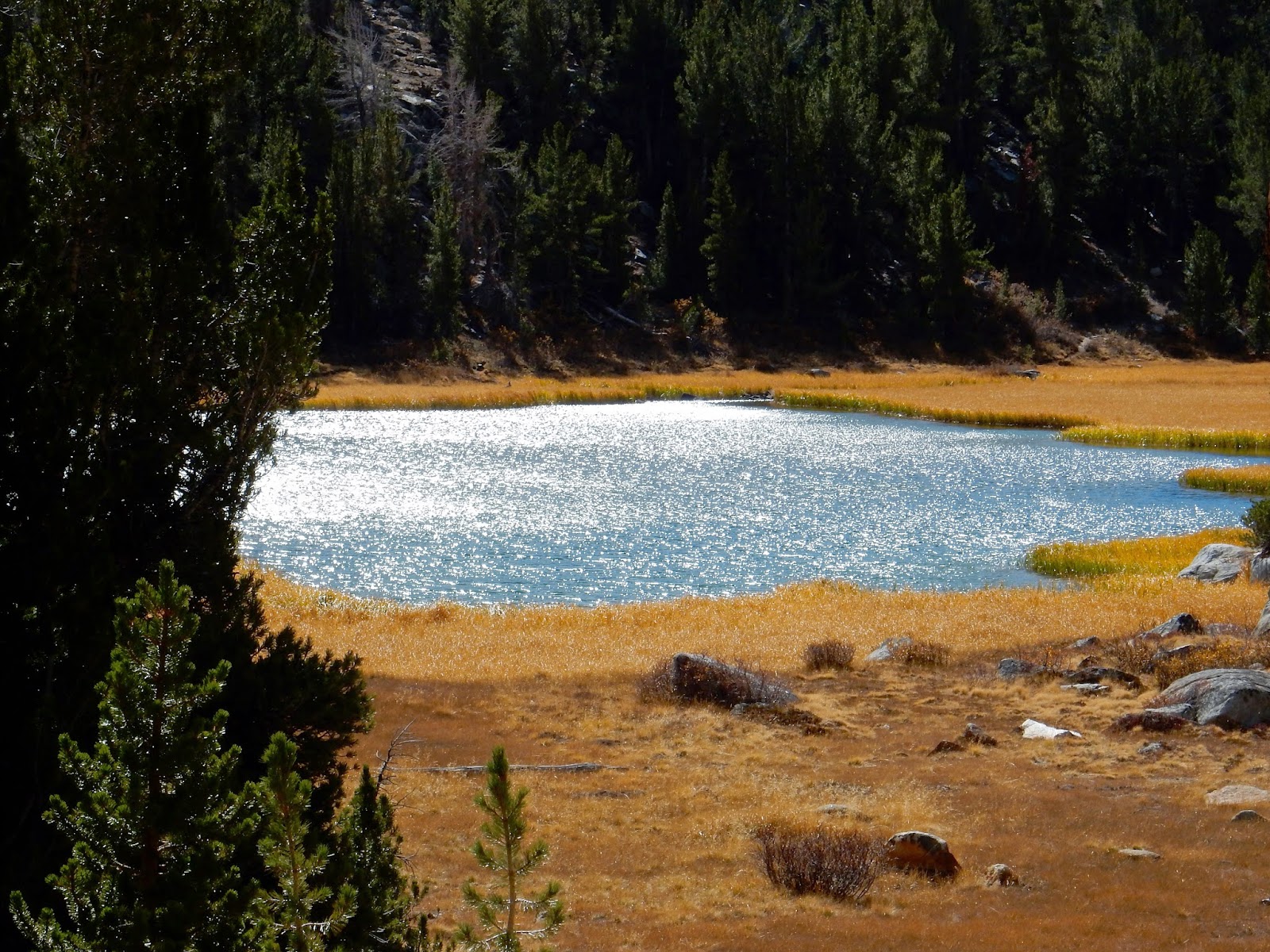 A pristine alpine lake or meadow is magical. 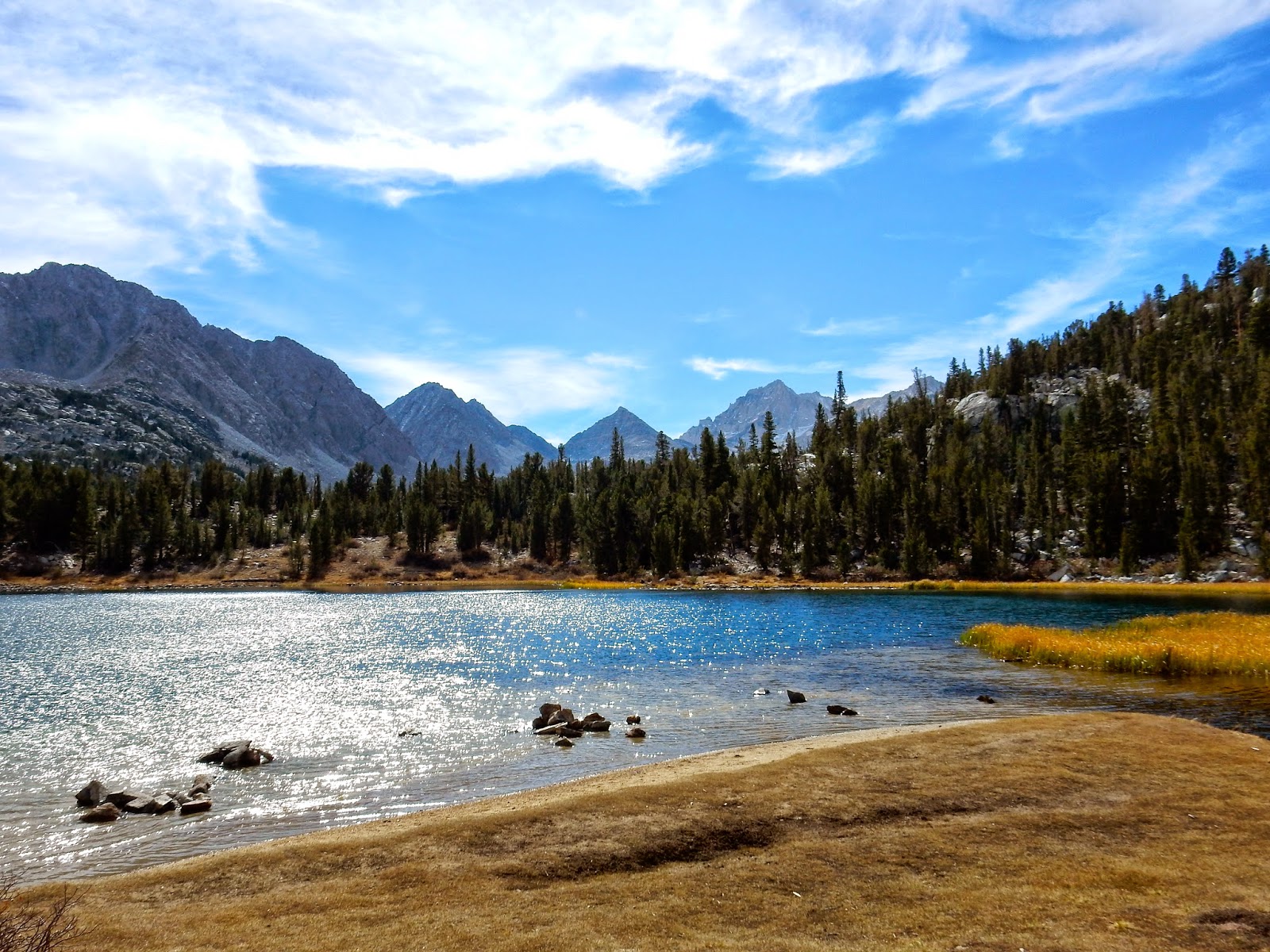 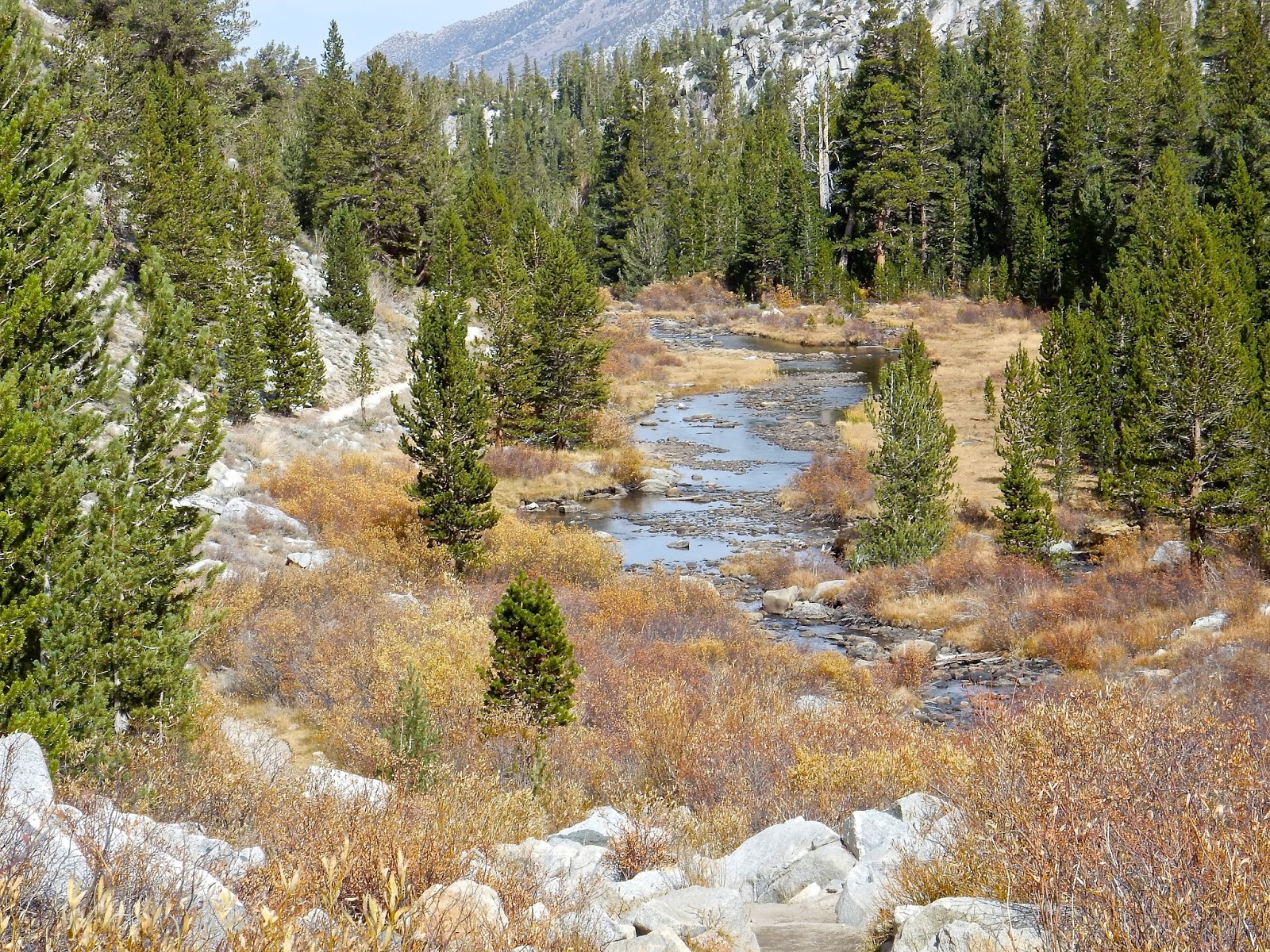 I tried not to intrude on the exquisite solitude of this fly fisherman working his line above 10 thousand feet on the Morgan Pass in the Muir Wilderness. But I wondered what was it about this particular spot? 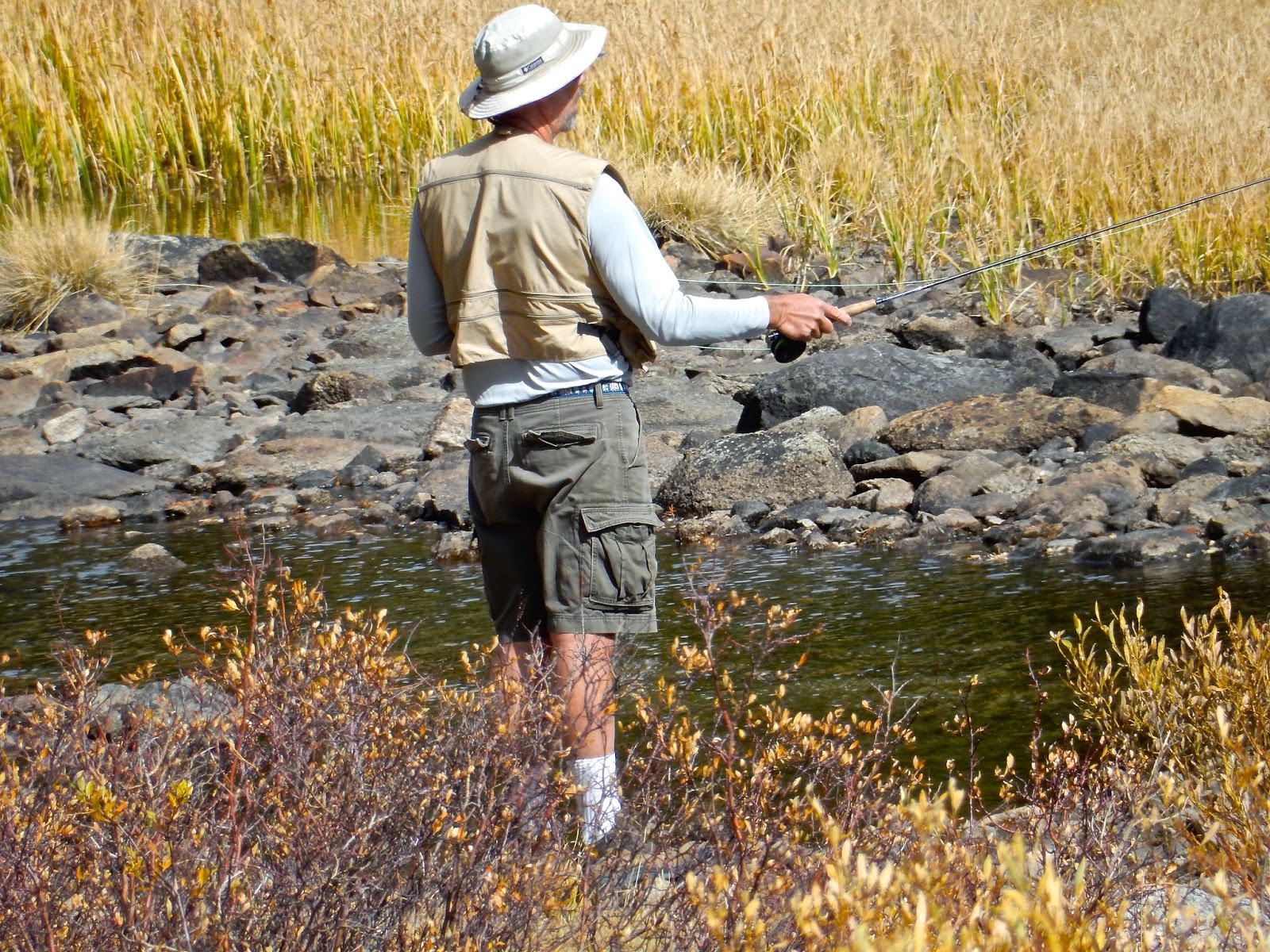 Why not in that pool to the north?  Up here you read nature in your own way. 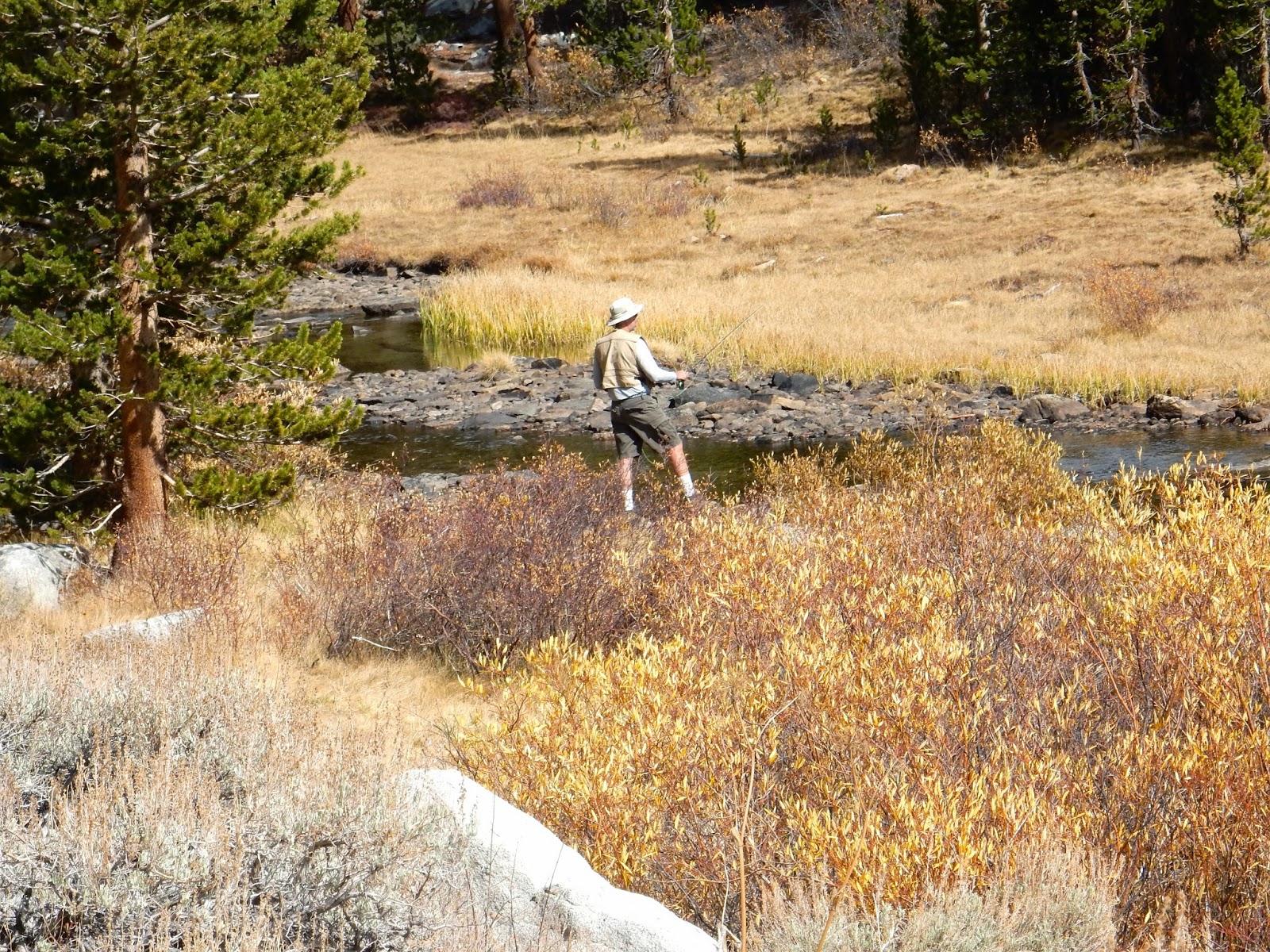 In a season of drought the gentle flow of a stream is a lift for the heart. 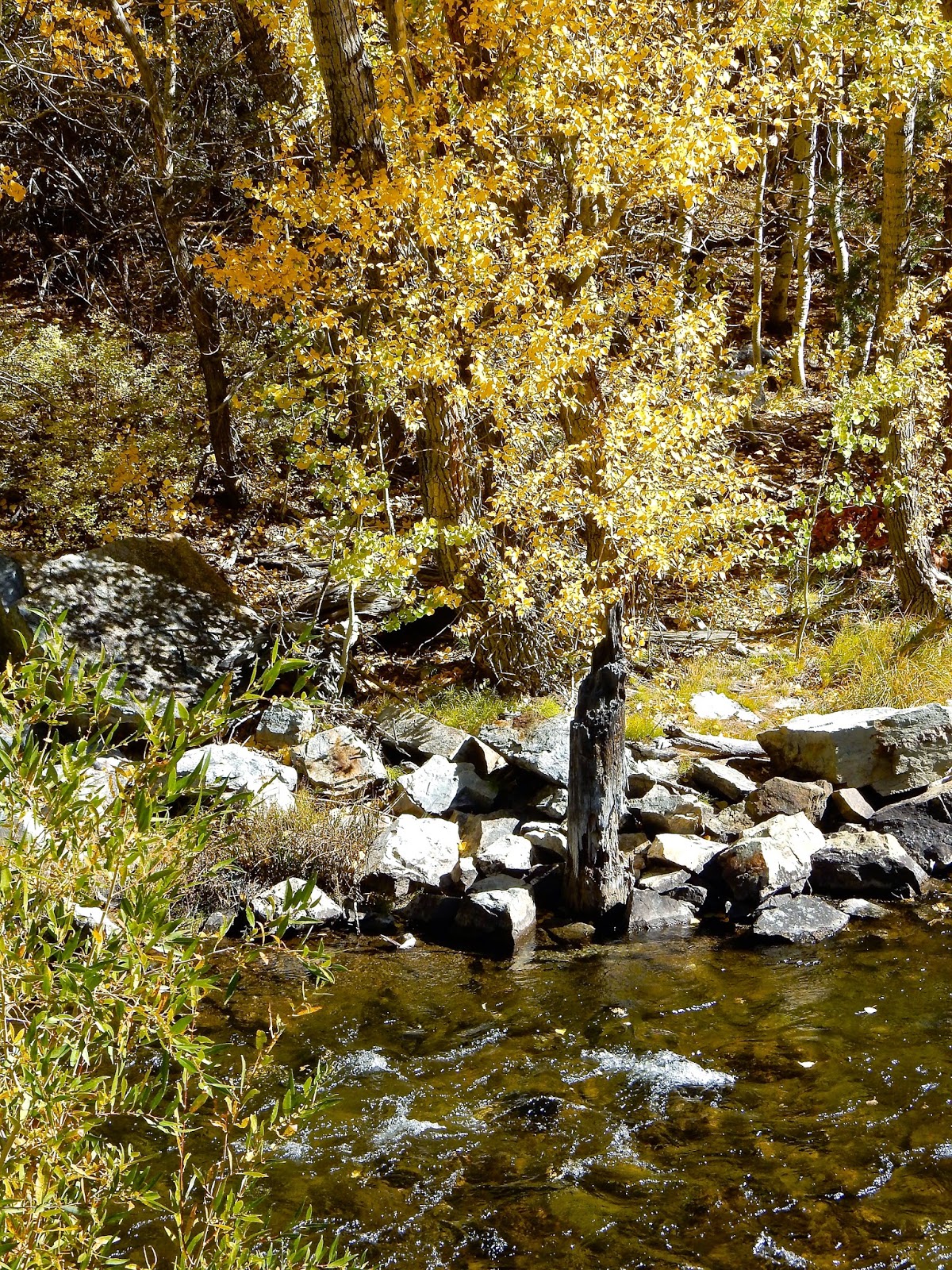 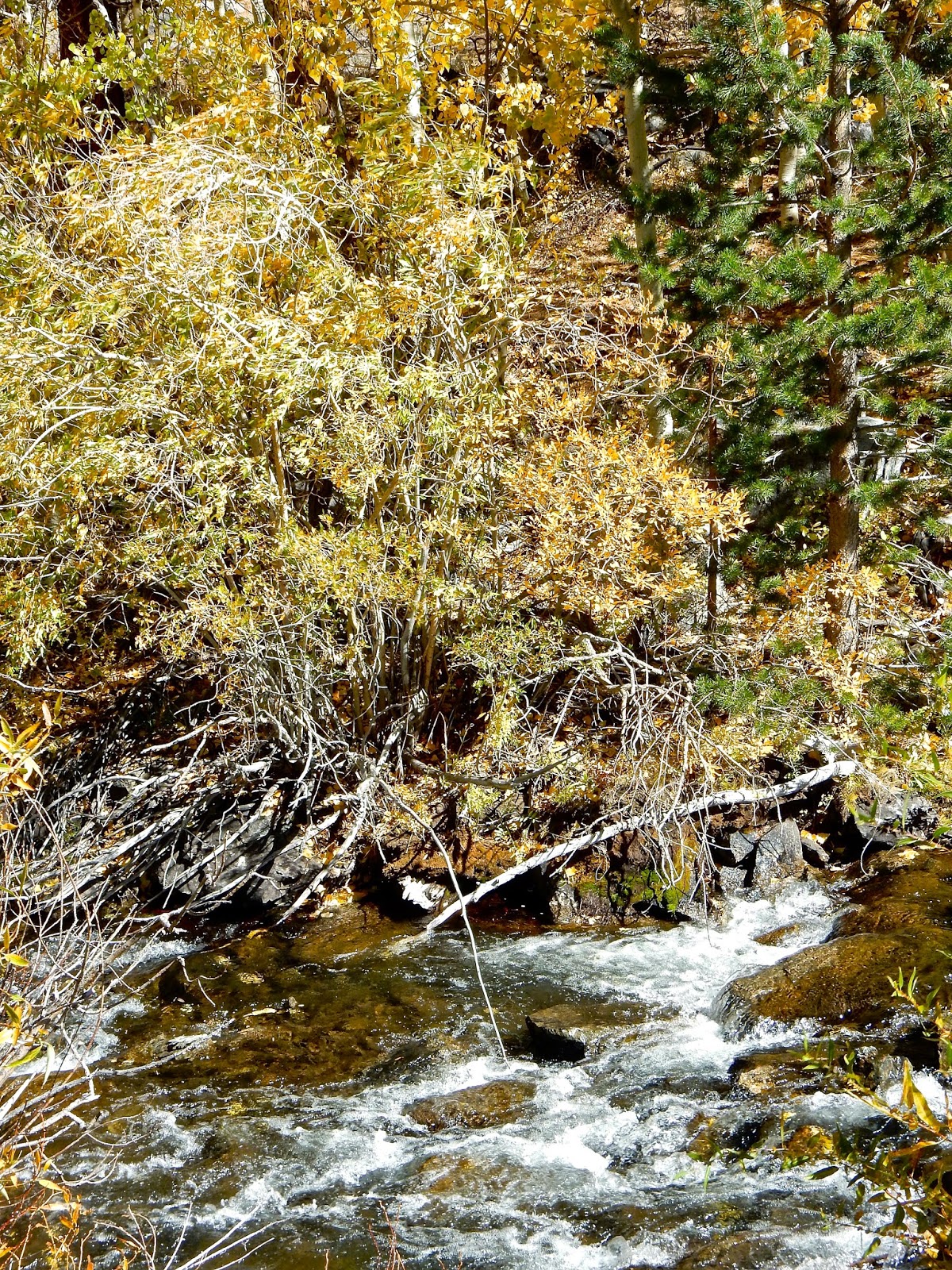 Even the smallest trickle or eddy is a giggle and a wonder. 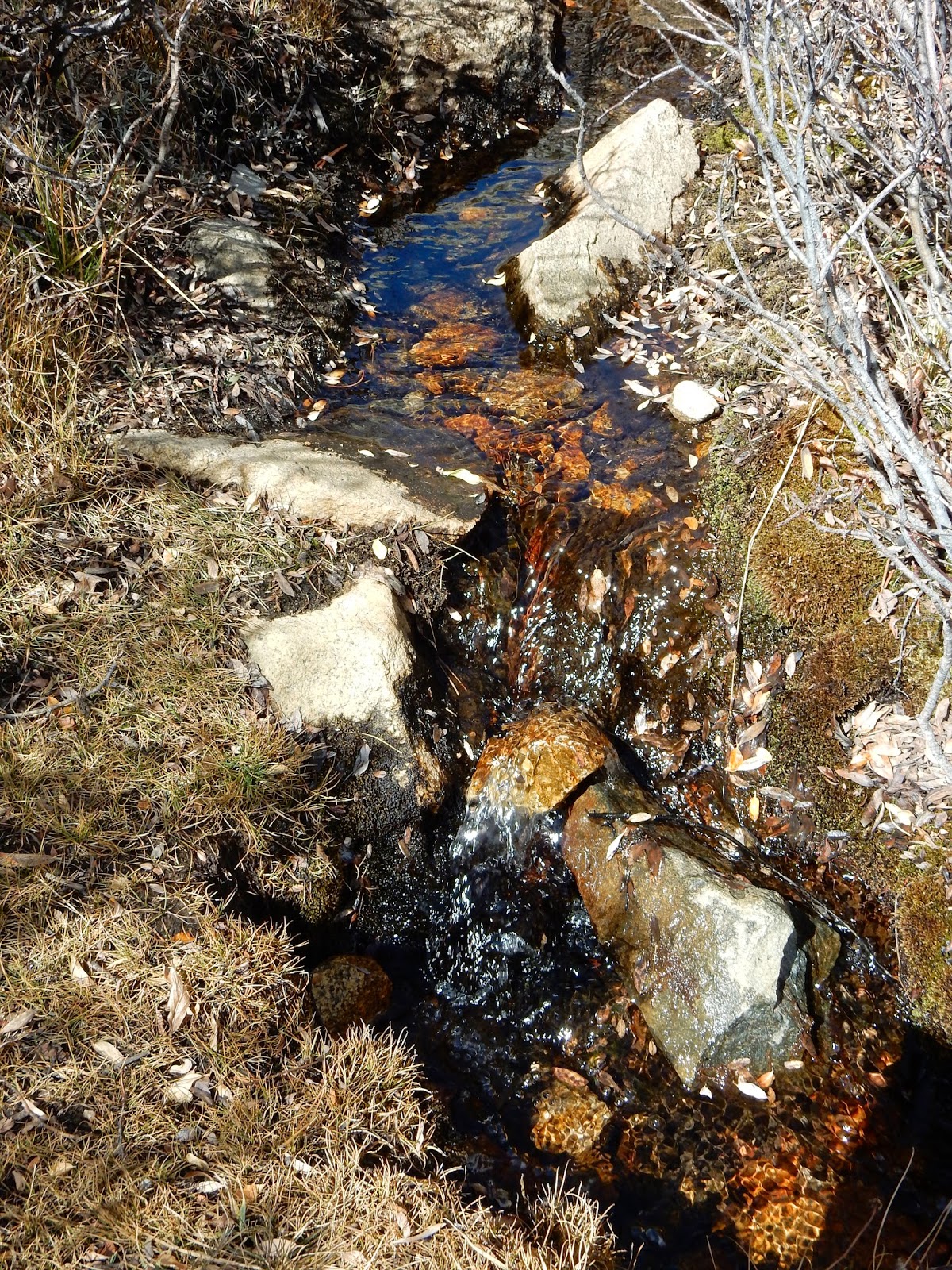 These next three frames, taken on the Tioga Pass in Yosemite, display a victorious spirit of life. Notice the dome in the lower left-center just above the distant lake. 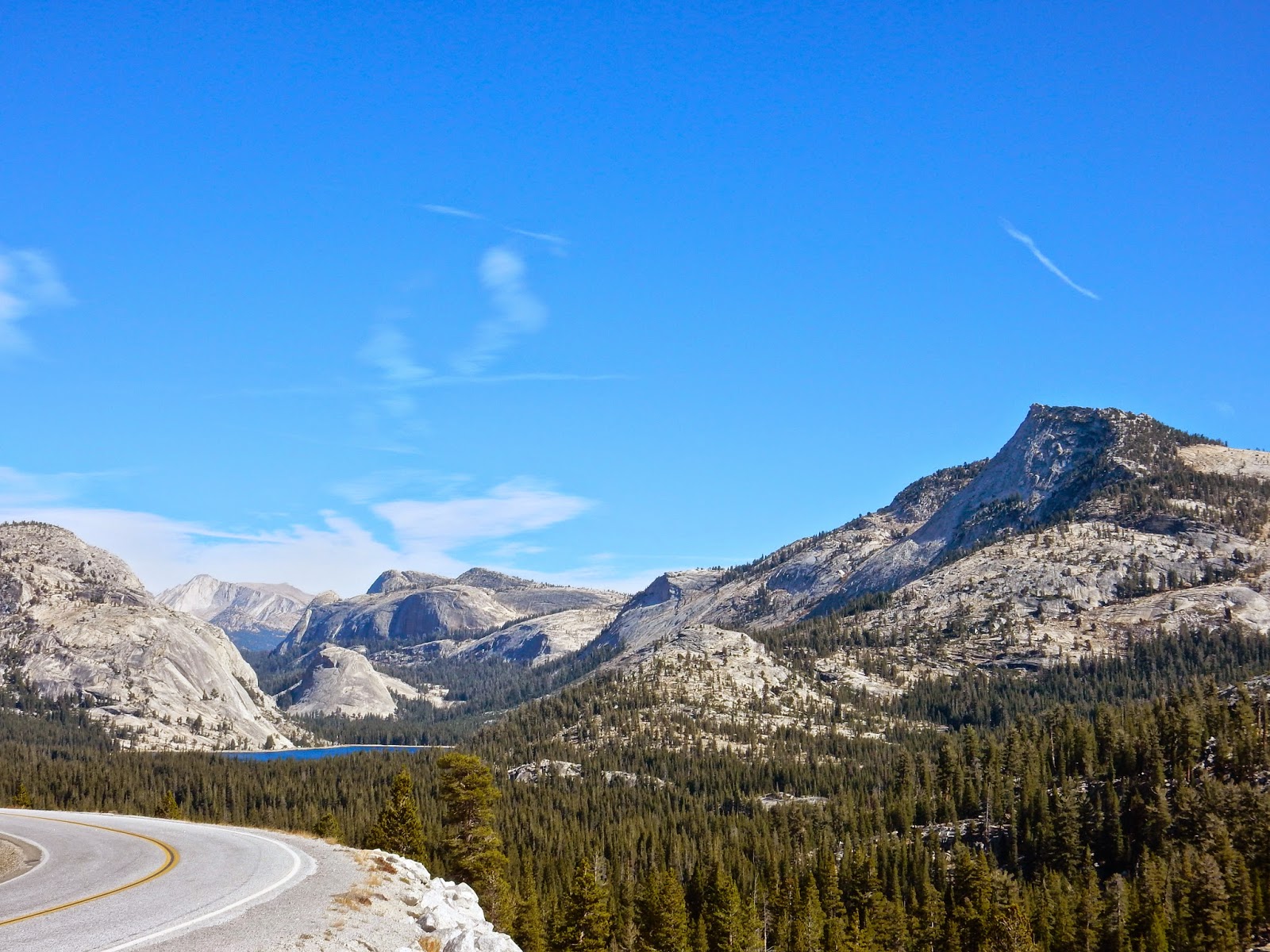 In this zoom you can see trees, growing out of granite. 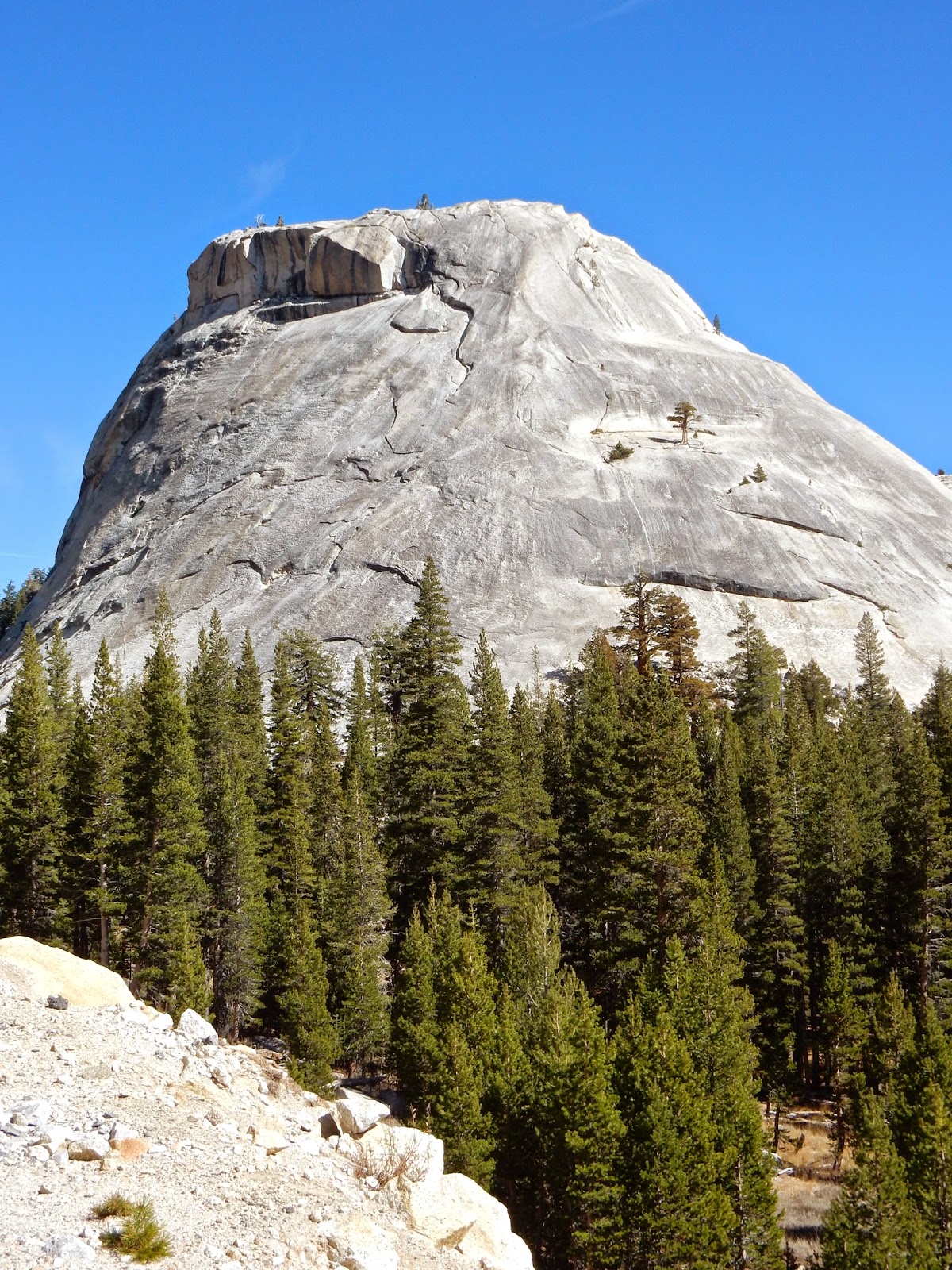 As I continued the zoom I grew increasingly amazed at how determined and persistent life can be. Roots that penetrate rock, on a mountain dome, at high altitude in  an inhospitable environment. 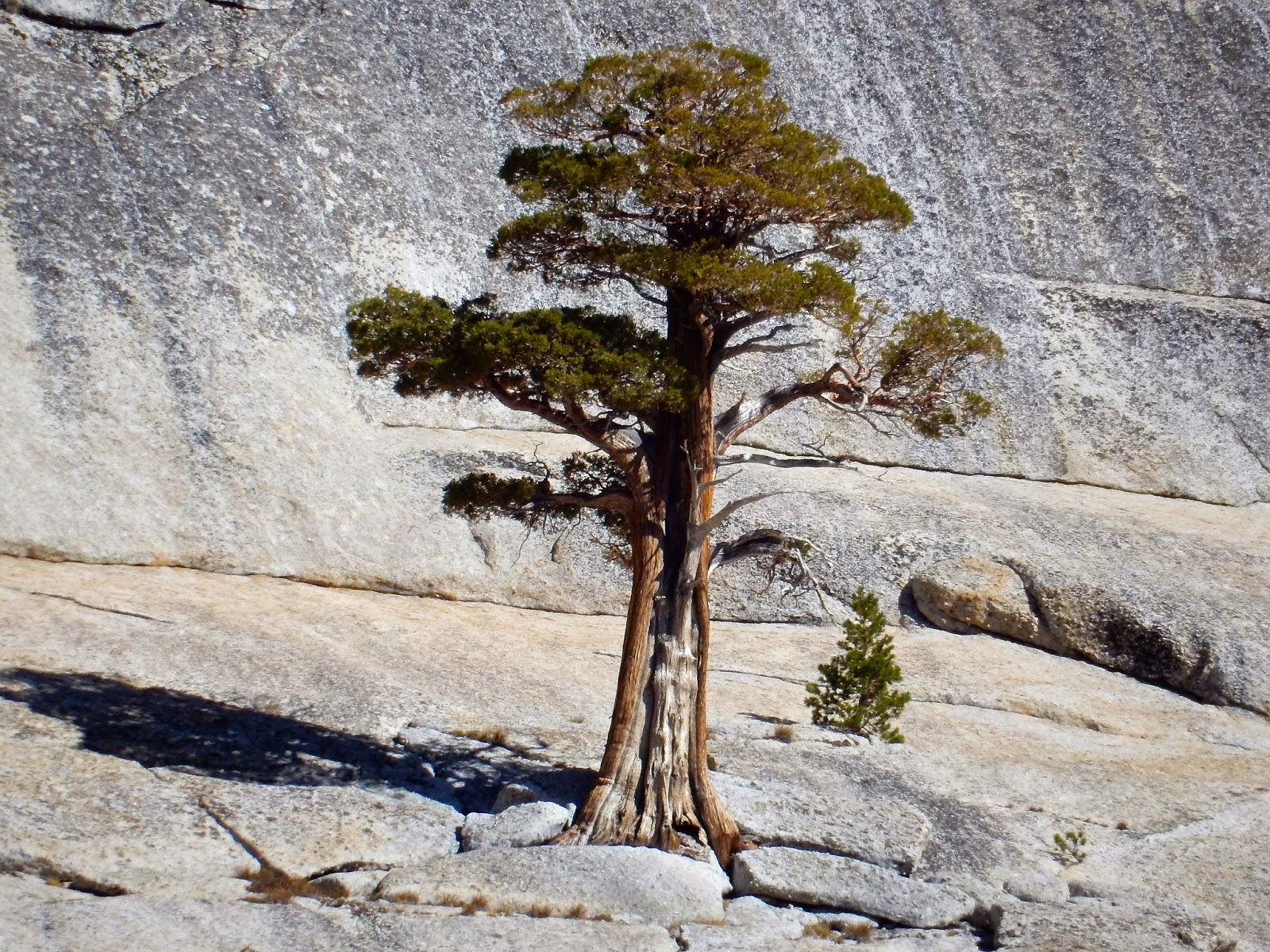 Our younger daughter Katherine, a second year nursing student tells us the medical community is trying to raise consciousness about precautions and care in the wake of the Ebola outbreak. Doctors, nurses, staff are better aware and more prepared since news of its jump to the US. There are posters and information packets on hazardous attire, protocol, what to look for, questions to ask and procedures. All of this in the last few weeks.
Doesn't it seem we are always caught unprepared, for almost any eventuality?  The US was without a Navy, Army and Air Force capable of waging WWII, but responded in short order as American industry and awareness focused on the need and waged a transformation that should still be a matter of pride. Life is messier, more complicated, too political and cranky now, but some have jumped into the breach in this medical crisis and legions more now realize that on any given day, they too could be thrust into a medical outbreak with frightening potential.
As a father I am of course hopeful my daughter is spared such a reality, though she trains for a profession that is long on courage, mercy and selflessness. We should have the utmost admiration for those doctors, nurses, technicians and logicians who are on the front line.  And a dose of encouragement and/or prayer for lab scientists and researchers who seek medicines and treatments.
Like that tree up on the dome in the Sierra, persistence, determination and a striving for life can be powerful.

See you down the trail.
Posted by Tom Cochrun at 4:03 PM