A SCIENTIST'S WARNING
The former senior resident inspector at the Diablo Canyon nuclear power plant believes the plant should be shut down until it can prove that it can withstand an earthquake along the newly discovered Shoreline fault. The plant is  90 minutes down the coast from the scenes below.
California Senator Barbara Boxer plans hearings to examine the earthquake risks at Diablo Canyon. The AP reports Boxer says the Nuclear Regulatory Commission is failing to do its job to protect public safety.  The San Luis Obispo Tribune reports the NRC says it "does not have a  timeline" for its response to the inspector's criticism.
SPIES HELP

News organizations report intelligence officers are close to identifying the masked jihadist seen speaking in a video of the beheading of American Journalist James Foley.
Sophisticated analytical technology has driven the search. In an irony of life the super sleuthing and spy systems, invasive as they are, are tools needed in a world of terror.
Protecting freedoms and lives in the shadow world is tricky going. It takes a continuous attention to the thin and often permeable line of balance. What may be needed in espionage and intelligence may not look so good in the light of day. A sense of history, judgement and wise oversight is mandatory
THE GIVER CODICIL
In 1993 my daughter Katherine read The Giver, the newly published Lois Lowry book about a seeming utopia. The book gained attention then as the utopia of the overview was revealed to be a dystopian state where people were medicated daily to eliminate emotions and where others were killed though the euphemism was "released to "Elsewhere."
Back then Jeff Bridges was so taken by the story he turned it into a home movie staring his father Lloyd. Now Bridges himself stars as the wizened Giver, the holder of wisdom and history, in the Philip Noyce directed film.
I watched the film with my daughter and we discussed how 21 years later the idea of finding a balance where negative emotions and behavior could be controlled for the greater good is still a vexing question. "Nanny state" laws and regulations, preemptive policing, an increasingly medicated populace, an almost ubiquitous surveillance, algorithmic data capture and analysis, political influence of financial interests and etc eerily echo the Lowry premise as well as Orwell's more profound 1984.
The Giver transfers beautifully to film, populated by good acting.  Meryl Streep is haunting as a ruling elder. Katie Holmes turns in a solid though limited role as a mother. Newcomers Brenton Thwaites, Odeya Rush and Cameron Monaghan are all excellent.  Monaghan has already earned acclaim as one of the sons in the dysfunctional family drama Shameless.
Though published as a young adult novel, the 2014 spin of The Giver makes for an entertaining sci-fi posing challenging questions about balance and how much is too far? Not unlike how far do democracies go to protect liberty?  How invasive do we become before we violate what we set out to protect?
CLARITY
There is nothing good in the IS. Islamic State is a dangerous menace to a modern world. Disturbingly they are tenacious, manipulative, effective and should be broken and then destroyed. Eliminating an evil like IS will raise hard questions for the world's modern nations, especially democracies.
MORNING BREAK 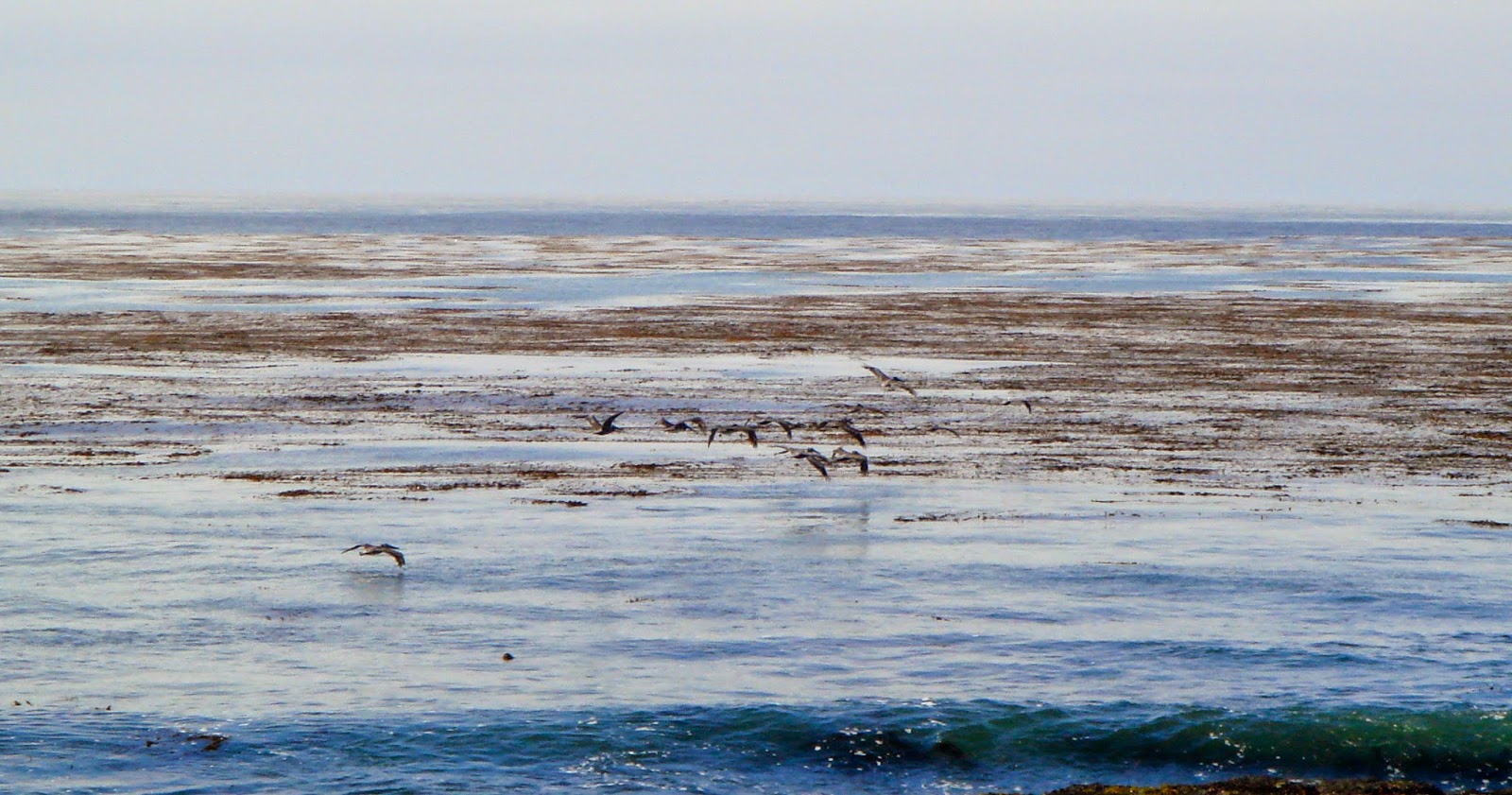 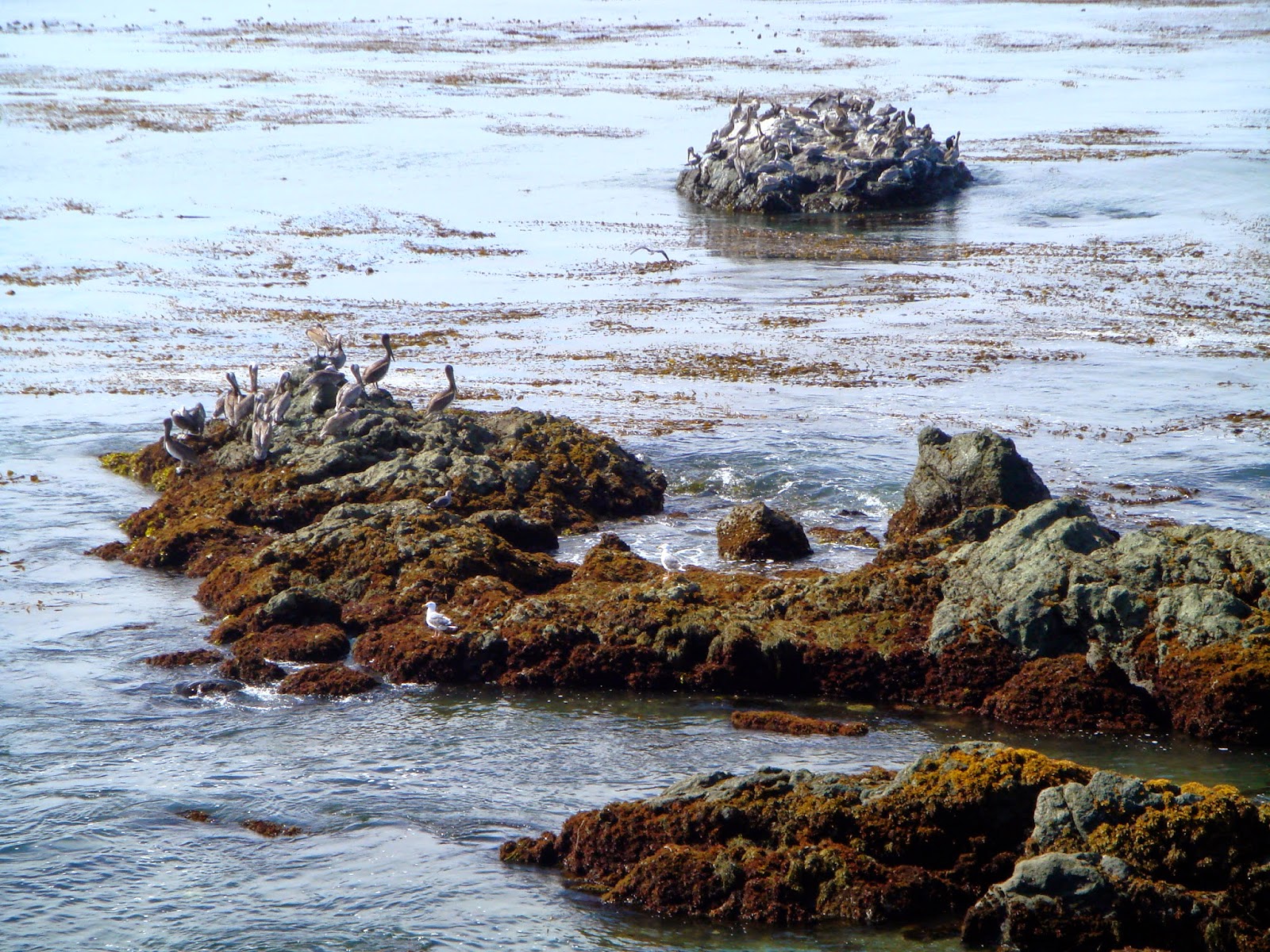 And taking his or her place amongst the pelicans, cormorants and gulls is a heron. 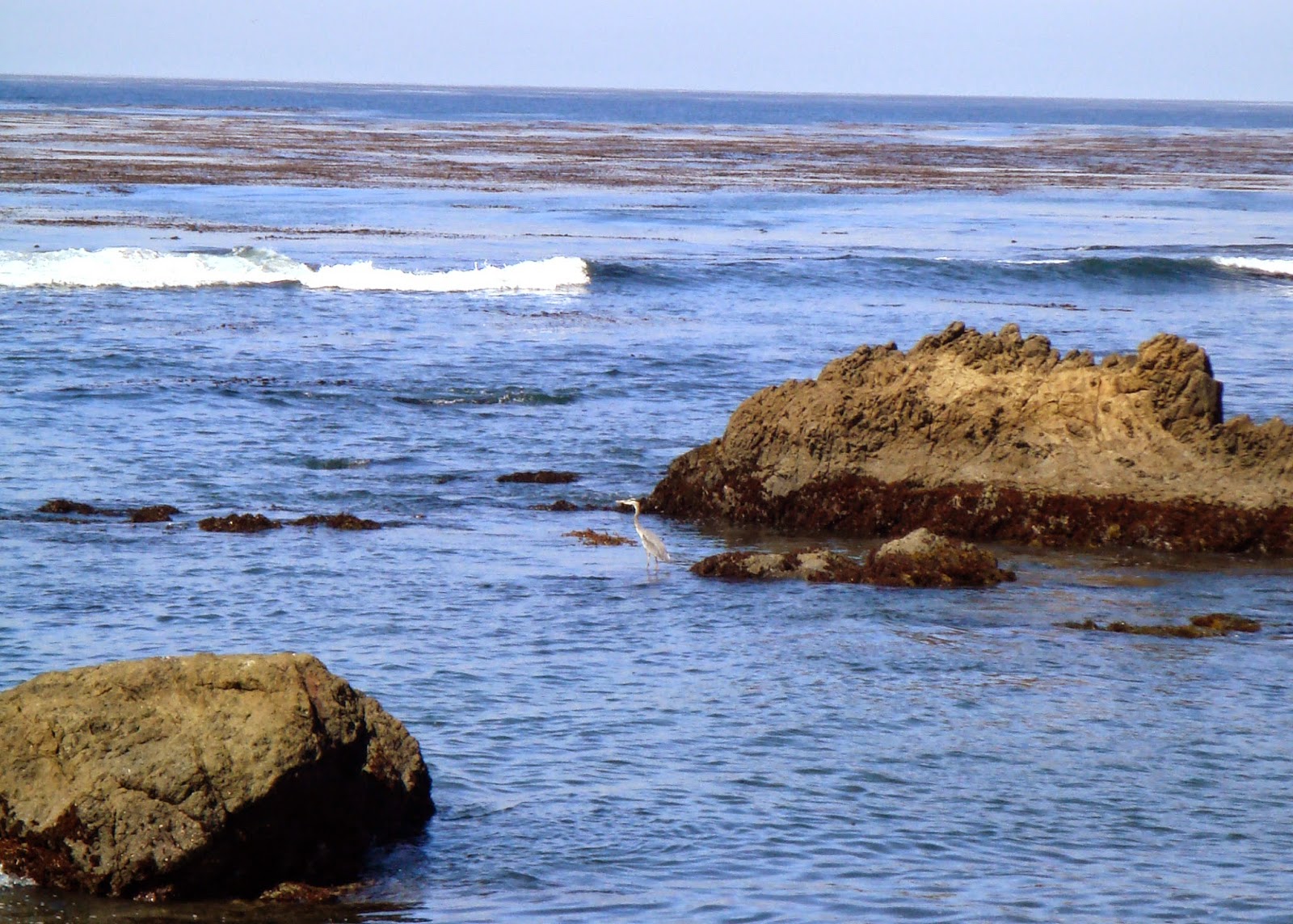 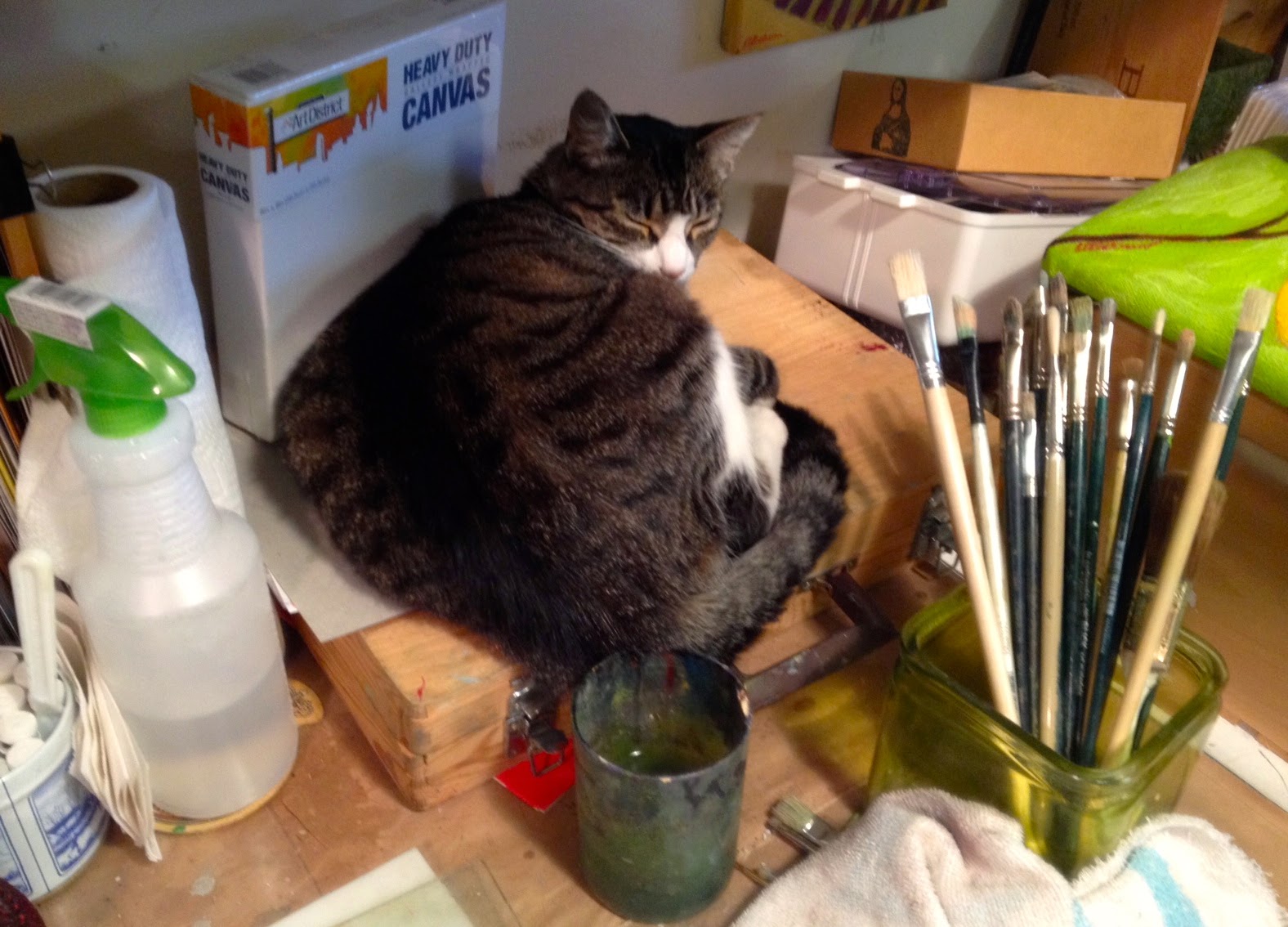 Our cats sleep around.  They'll find a spot, settle in and then in a couple of days, maybe a week,  they move on.  It never ceases to amaze us where they find a bed.  Joy rests here on a box of oil paints tucked at the back of a work desk in Lana's studio.

See you down the trail.
Posted by Tom Cochrun at 10:33 AM