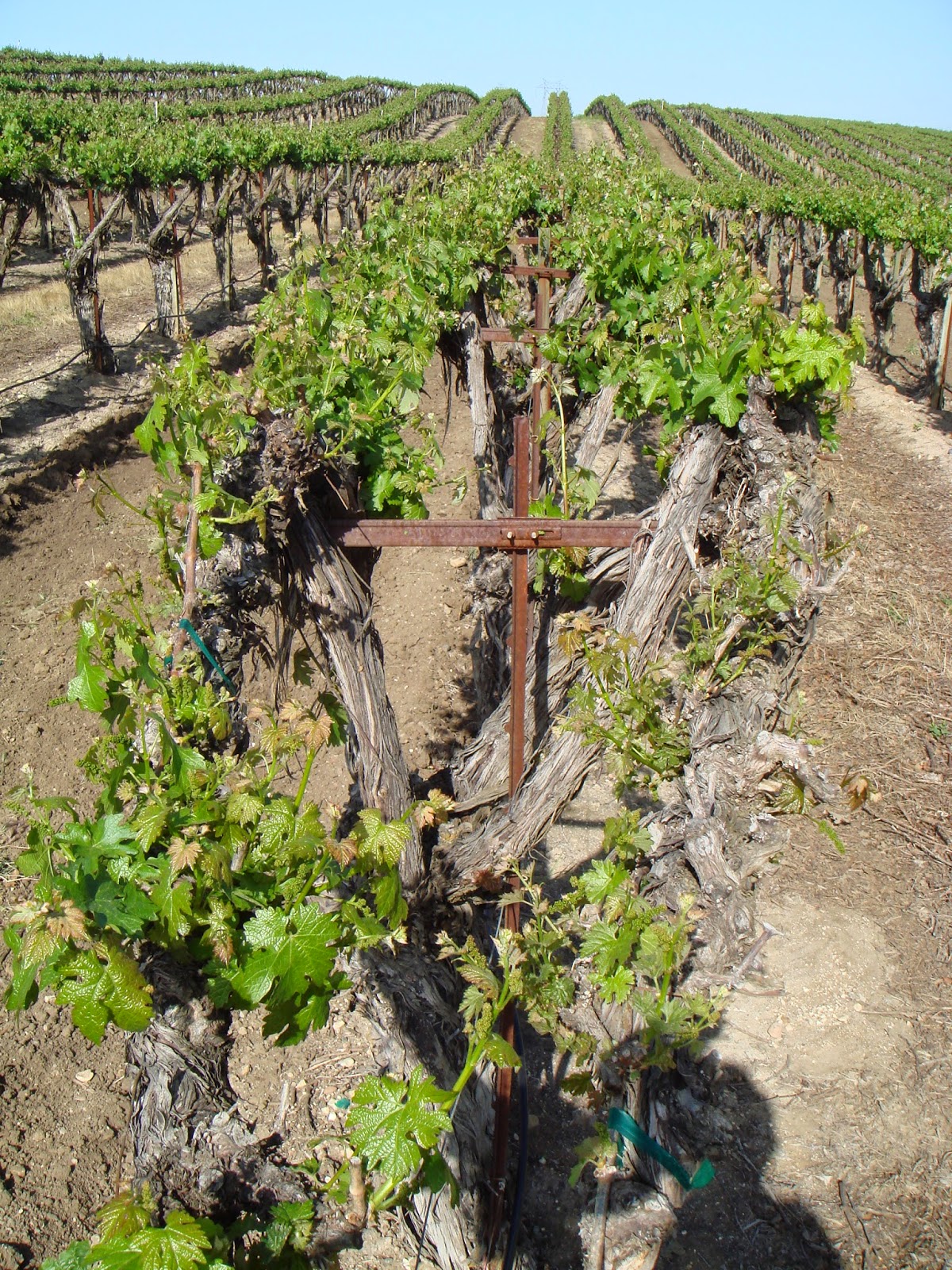 Growers in the Paso Robles Appellation have already begun harvest, earlier than normal.  The drought and weather seems to have rushed the calendar, but the crop is expected to be extraordinary. 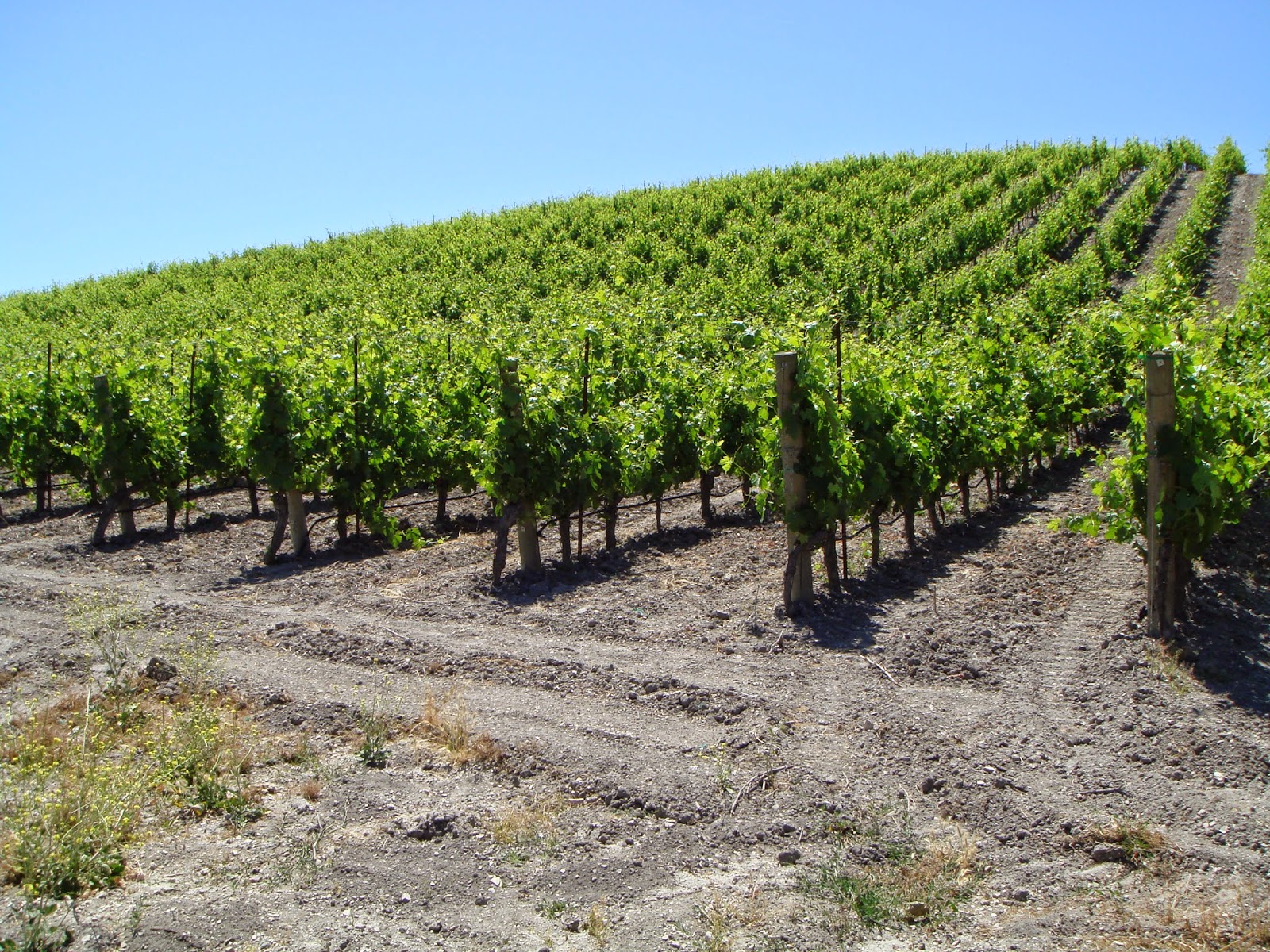 The Brix level, the amount of sugar in the fruit, is reportedly very good and that leads to a better wine. 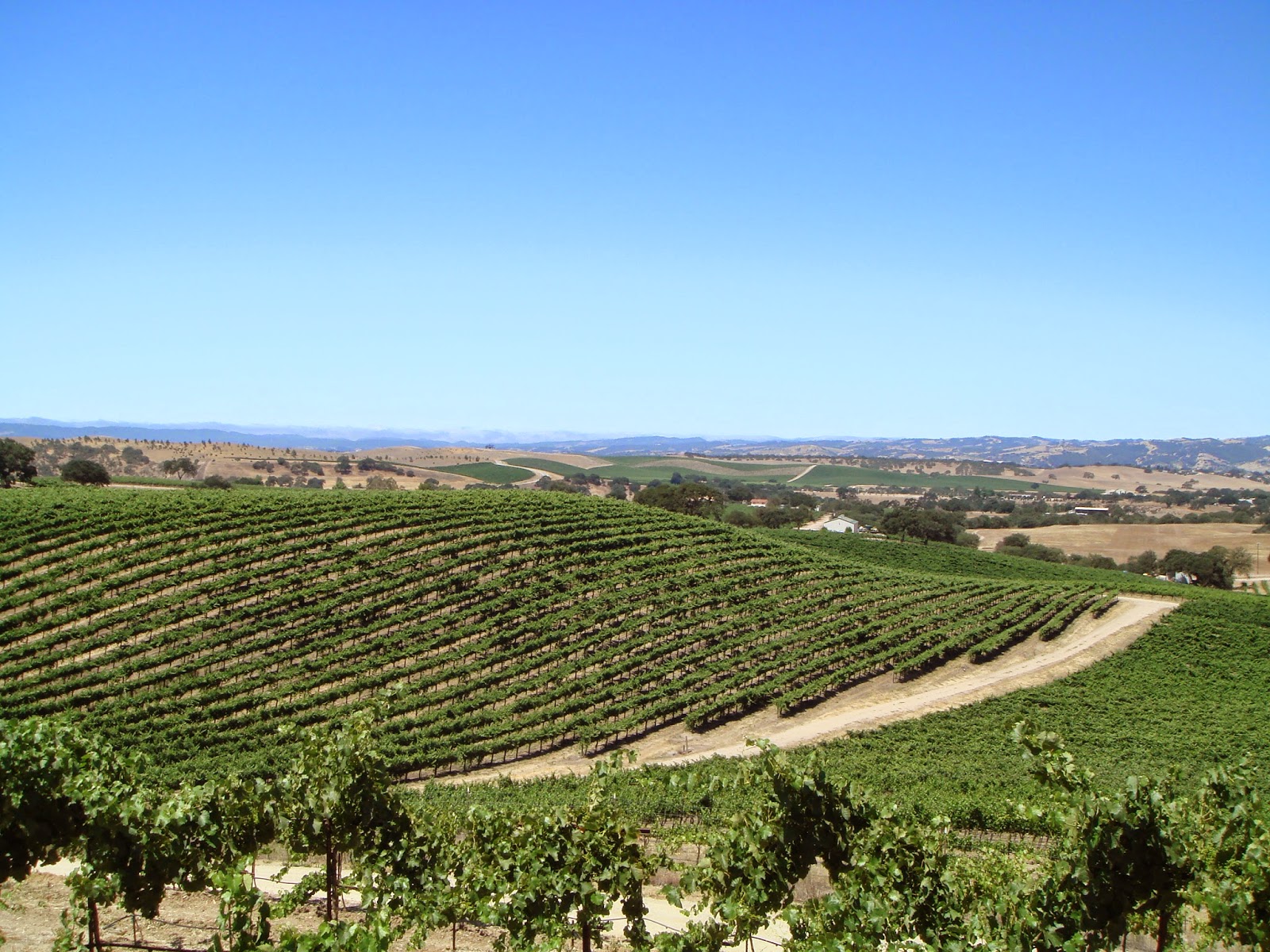 Many vineyards "dry" farm, which causes the roots to extend deeper into the soil, that also produces a better fruit.  Some varietals need water, so the drought has forced some irrigation, still the overall report is the 2014 harvest
in Paso will produce extraordinary wine.  Cheers to that!
YOU CAN'T FORGET 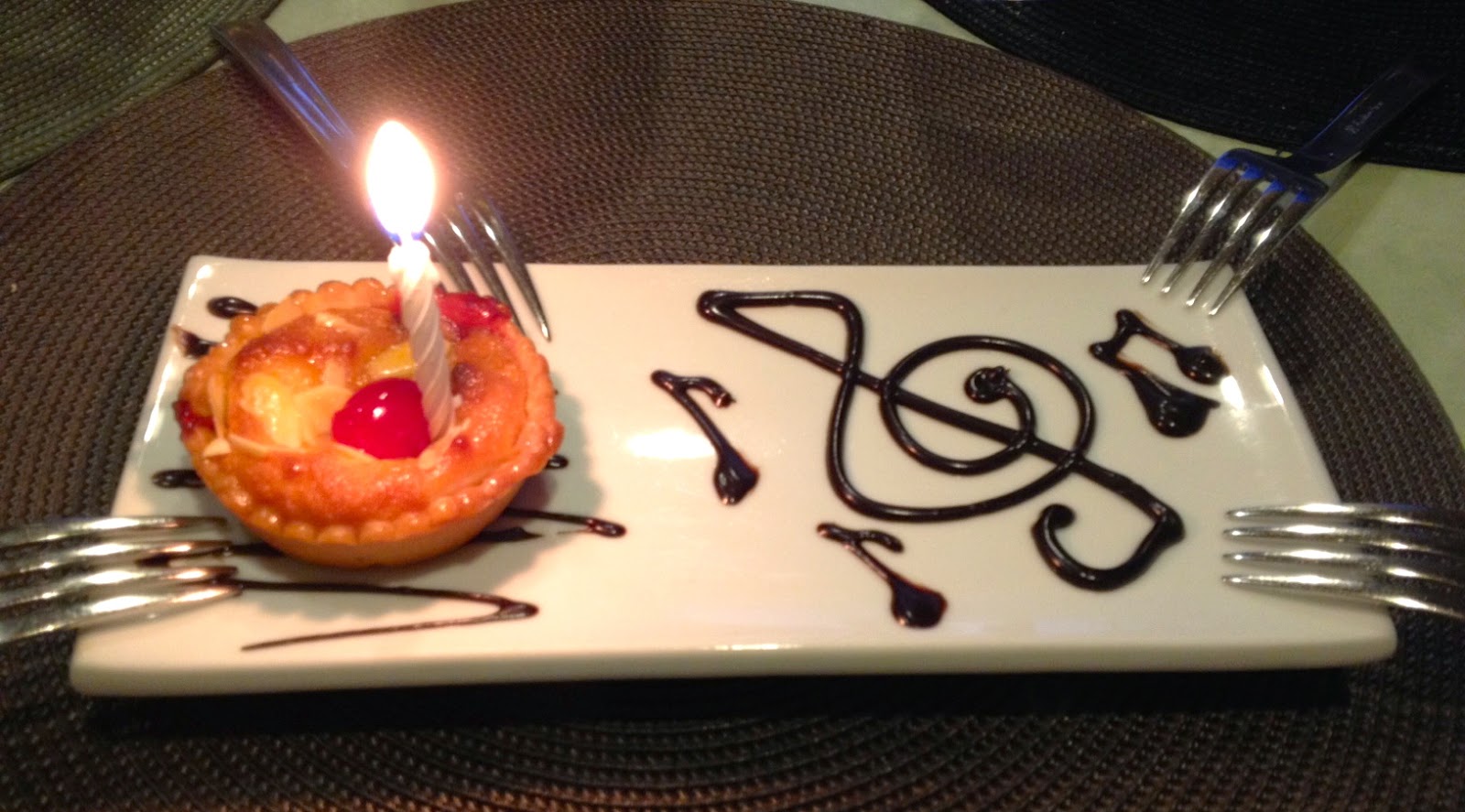 The good nature and spirit of friends make sure we note the click of yet another year. 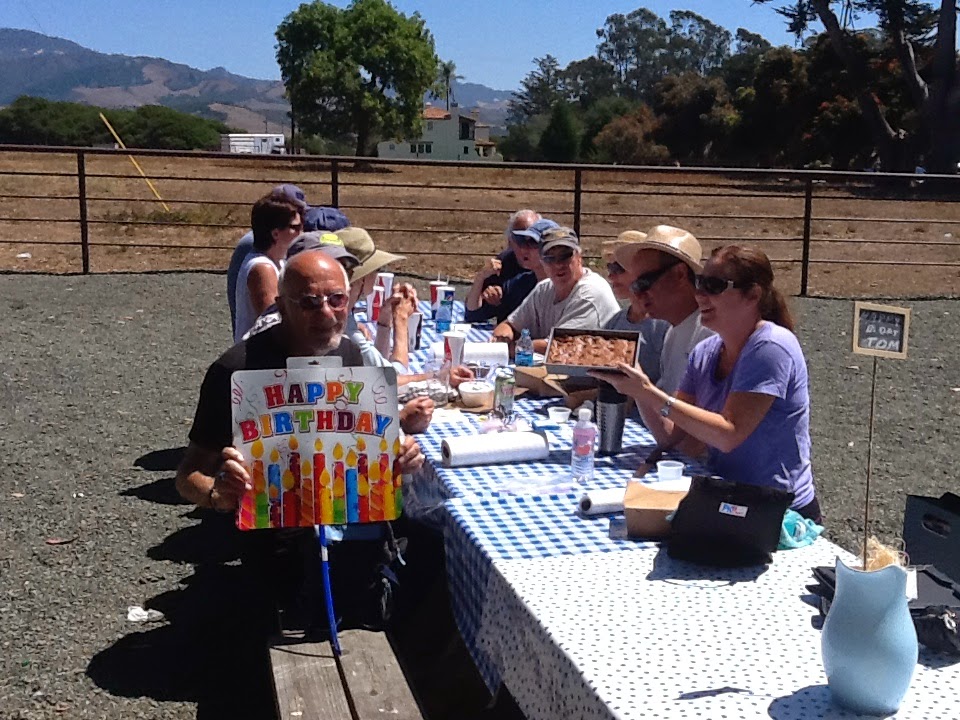 Though other plans kept me from this gathering at Sebastians, our Friday Lunch Flash Mob was full of good cheer and well wishes.  Sorry I missed those brownies!  Thanks to our "hostess" and wonderful friend Jeanie for the photo.
We were able to enjoy the American Provence' with dear and sweet friends.
A dinner and concert with former Hoosiers Griff and Jacque gave us a chance to marvel again at the extraordinary music talent residing here on the central coast. 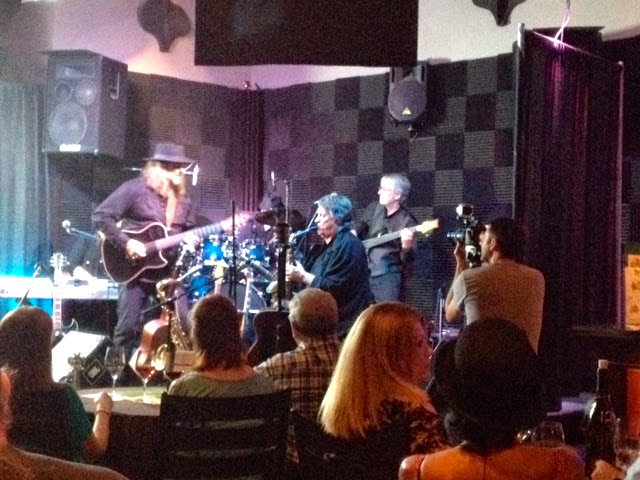 This is an aggregation of talent that has individually toured or recorded with the Steve Miller Band, Carol King, Diana Ross, Tower of Power, Eric Clapton, Smokey Robinson, Diane Shurr, Inga Swearingen, Marvin Hamlish and others. Most of them are also composers and their music has scored TV and film.
Though you can't see Diane Steinberg-Lewis, her music has been recorded by Natalie Cole and Cleo Lane.  She was also the original Lucy in the Sky with Diamonds in the Robert Stigwood production of Sgt. Pepper's Lonely Hearts Club Band.  On this night, she, Kenny Lee Lewis, Danny Pelfry, Ken Hustad, and Dean Giles were producing a new video. A special birthday gift for this boomer.
And there was a poignant moment that provided a profound perspective reality check.  I chatted with a friend who also worked in the video and media business. I met him 7 years ago when we came to the central coast.  A couple of years ago we learned he faced a serious health challenge. Last evening he told me that his doctors had missed something and he had just been told that he is likely to be gone by October.  He said he would like to be awake at his death, though that is not likely, given his illness. In the meantime he is making the most of the days he has left, traveling when he can, watching his daughter who was the guest artist for a couple of numbers last night and he prepares.
That afternoon I was interviewed and engaged in a  conversation with an eminent author/theologian from San Francisco. She is now in recovery from lung cancer. A non-smoker who was surprised by the diagnosis last year, she has endured chemo, radiation and surgery and is learning with live with the affects and altered lifestyle.
On this day when my mother brought her eldest into the world, I am grateful for health, family, friends and the wonder of life.  Speaking with Paul and Mary and my prayers for them were gifts of another sort, and of exquisite and priceless value.  My birthday wish is that we all enjoy and celebrate each day. Life is precious.
FONDNESS
Look carefully 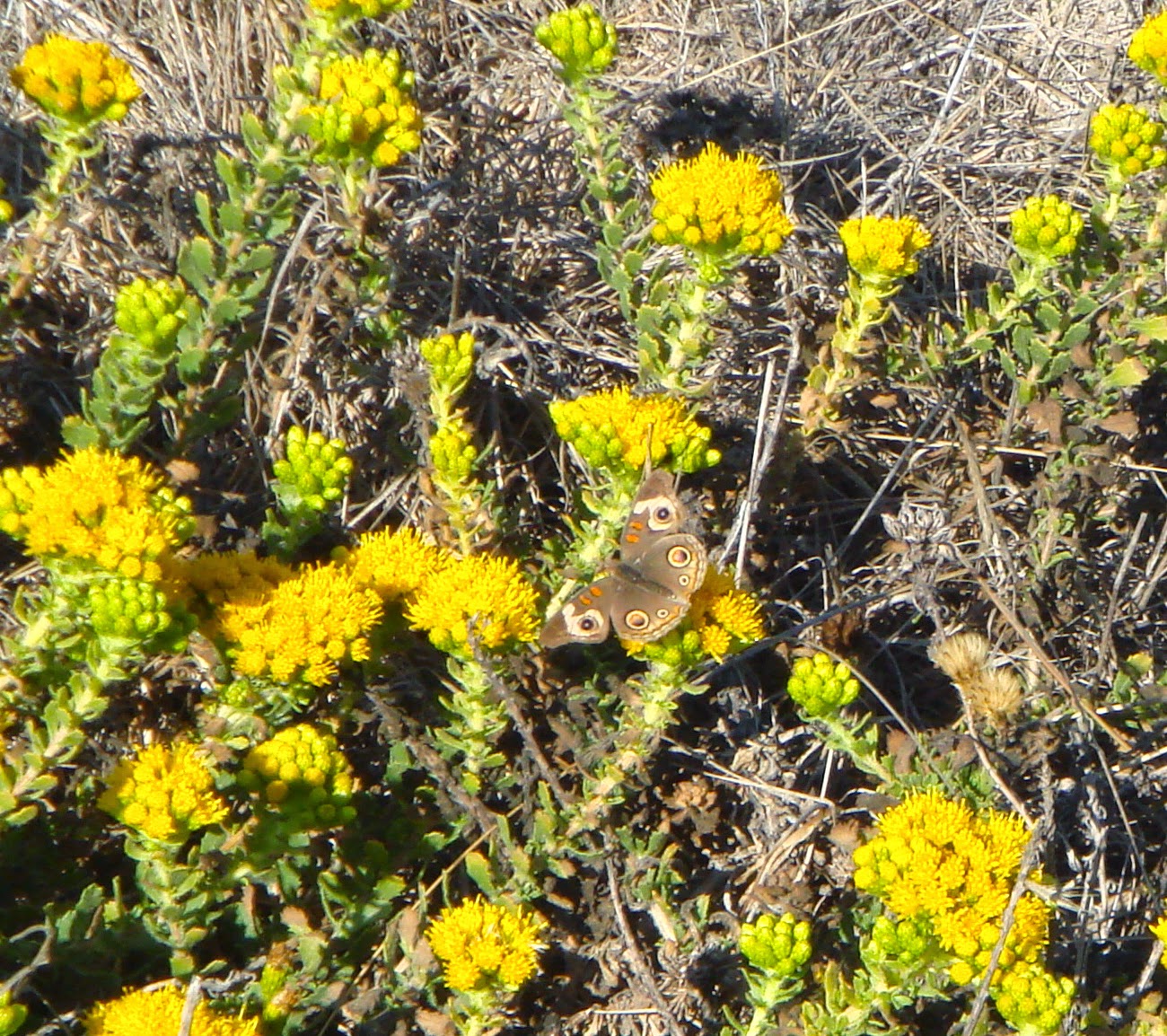 See you down the trail.
Posted by Tom Cochrun at 12:26 PM