LOOKING AROUND IN OLD FILES & PASSINGS

PIECES OF YOU
OR
WHO YOU WERE? 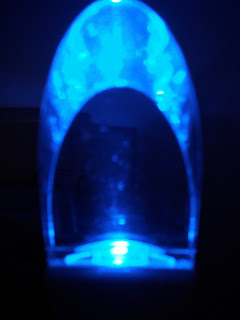 Isn't it a bit like looking through an attic, or sorting through a dusty garage, that is looking around in old computer files?  Surprising what we can find.  Bewildering too.
Why have we held on to something?  Did we intend to use it and when would that be?
Still there are pieces, artifacts, tell tale detritus of the person who filed it there.
You know it may be a kind of self amusement, to find these old thoughts and frames of life and measure who we are now by who we were then.
I found such a piece, only four years old, but it came at a time of epic change; retirement, selling a beloved home and moving across country.
home stretch.doc
Merle Haggard, Buck Owens and Dwight Yoakum are on the tube with the back beat as we chase this farewell tour toward home.  Five days on the road and we made it over the mountain tonight.  We watched the sun set over the Tehachapi Mojave gathering of 4,500 wind turbines.  A flamed sky behind the Tehachapi mountains as we made the climb.  Stars in the sky and lights on the valley floor as we came down into Bakersfield for the last night.  We snuck the cats into the Days Inn and retreated to Benji’s French Basque restaurant for some real peasant food. Road weary, the buzz of leaving is becoming the thrill of a new start.
Indianapolis to Joplin and an evening of blues and ribs. Down thru the breaks, a pause for tribute in Oklahoma City in the foggy mist then on to Tucumcari and a spin on Route 66, chased by maybe the best tacos ever at Del’s.
On to Santa Fe and a tour of the O’Keefe museum after navigating the after math of the biggest snow in a half a century.  Green chili, pork tripe and hominy stew at the Plaza grill before an evening in the north Valley of Albuquerque including a drive past Unser Avenue and the former estate of little Al.
Enchanted by North West New Mexico then through Zane Grey country, the Verde Valley and into Prescott Valley for a reunion with Bruce and Judy Taylor.  They planted the seeds of wandering forth.
From Arizona into Bakersfield with Cambria the next stop, the 16 month farewell tour* all but over.  The goodbye saga- the sale, the move, the retirement- object of much planning and emotion all now history. Hard to believe the dream has come and the first acts are all a prelude belonging to history.
The road trip is an exclamation point-at the end and the start.  We’ve chased the sun as far as we can.  These open spaces, this land of cowboys, sunsets and guitar strains has become a dawn, a place of rising.  Tomorrow we begin anew in California.  January 5 2007.


*(We referred to all of our last year and half activities-season tickets at the Repertory Theatre, Black Tie Benefits, Big 10 Basketball Games, Art Museum Galas, Writer's Center Events, Concerts, Symphonies, dining at favorite restaurants  etc as The Farewell Tour)
There are more old files to explore.  I like this one.

GOOD BYE TO A CHAMP

For my money, David Broder, the Pulitzer winning Washington Post Columnist and former reporter was one of the best of 20th and 21st century political journalism.
I read and admired Broder, for his logic and keen analysis.  People say he spotted trends before anyone else.  As a working political reporter he was brilliant.  Partisans in both parties were always speculating as to his allegiance.  That is how it should be, how it used to be. Broder may have kept them guessing, but they read him closely for his masterful understanding, balanced presentation, sense of history and anticipation of where a story was moving.
It was my great honor to have met Broder, to have worked around him at political events, and to even have shared a dinner table with him.  He was a champion of good old fashioned journalism.  David Broder died at 81.
A LESS FINAL PASSING The extraordinary director Julie Taymor has quit or been sacked from the troubled
Broadway production Spiderman. The budget has spiraled, an actor was injured, there were workplace safety issues and it all came to a head.  Taymor is quoted as saying leaving is like leaving a child.
I'm sorry to see this.  She has a brilliant sense of story and scale and will once again reign.  She may be best known for LION KING, though I believe her marvelous work with the films FRIDA and ACROSS THE UNIVERSE earn her generations of respect and admiration.
She is a creative genius and this is a sad, but only a temporary set back.