A FEELING OF HELPLESSNESS
At coffee this morning Jim said he was depressed, that all he could think about was Japan.  It is a horrible scenario and most of us are moved and heartsick.
We've seen devastation,wrought by nature, even by tsunami before.  What makes this different though is that a modern, industrialized and well prepared nation is the victim.  There are also the searing images.  Japanese media is among the most sophisticated in the world and they have provided a continuing stream of horrific images and have done so from the beginning.  And then there is the nuclear disaster with its unknown implications and aftermath.
As we noted in a previous posting, our human life on this planet is so fragile.  The Japanese disaster reminds us just how vulnerable we are. Despite design, and safety measures, warning systems and other protective precautions, we were helpless to prevent the nature born tragedy.  And now millions around the world watch in horror and feel helpless in ending the misery, that will continue.
COURAGE AND FAITH
AN UPDATE ON BOB 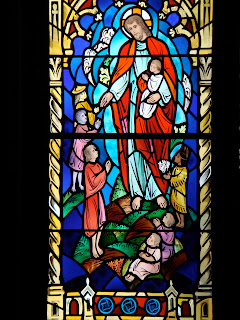 Frequent visitors to this blog will recall that we are posting periodic updates from our friend Bob, a road warrior, sensitive observer of the world and a leukemia patient. Here's his latest update.

Life is better here. Friday's Mayo tests indicate the leukemia is officially in submission, through the love of Jesus, power of God and application of His wisdom.
Some x-ray shadows remain on my lungs. Aspergellus requires a long time to control. Dr. Lacy said weekly blood tests are no longer necessary. We return to Mayo in 6 weeks to do a
chest CT and evaluate the Aspergellus. We have yet to discuss the side effects of an allogenic transplant with Dr. Hogan. It's still a bit early in the time line. Dr. Lacy reminded us the transplant process could begin in late spring. That would mean being less than optimal from June through September or even November. That's cool. I'll be full
strength in time to watch Paul Rhoads coach ISU in another bowl game.
The massive steroids have left my system. My voice has returned to normal and I am sleeping most nights without the Amibien. Four of us made a four-day business trip to California this past week. There was a slight sideshow when Shingles began to appear on my face and scalp.
Cause: lowered immunity due to chemo. A call to Mayo and, two hours later, I had the necessary medication in my system. Don't tell me it is an impersonal place.the key is to not whine to the staff and be memorable.
Looking forward to the next event.
Foster 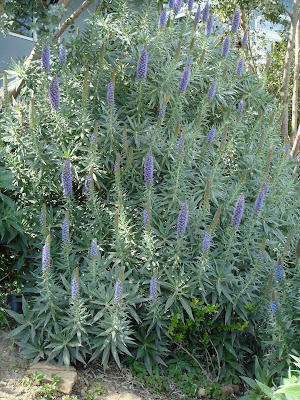 I had never seen echium until moving to the central coast.
There are some 60 variations of echium, and the most common type in this area of California is also called the pride of Madeira.
It has just begun to bloom and spike. 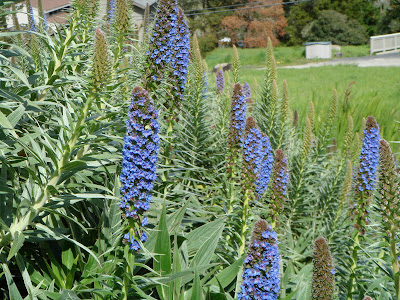 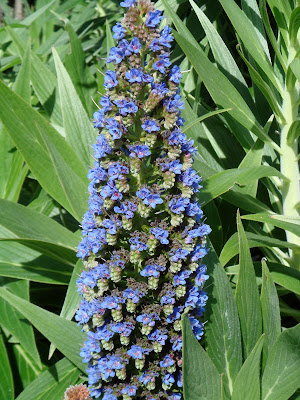 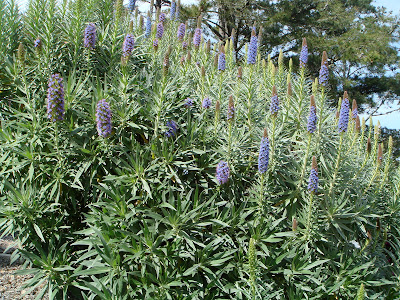 See you down the trail.
Posted by Tom Cochrun at 5:53 PM