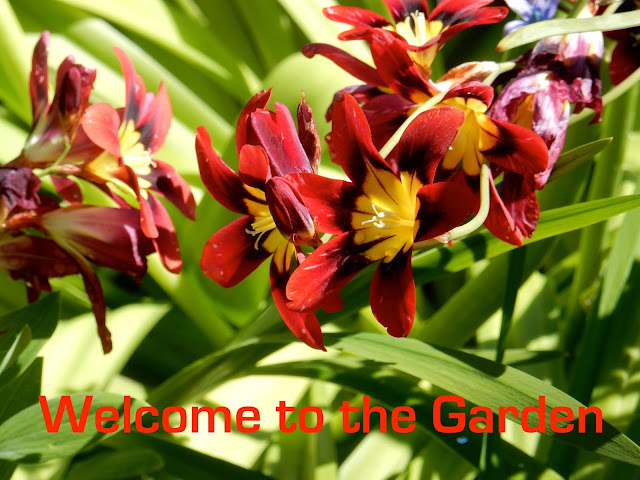 Even as spring glories around us we find ourselves between "The Winters of our Discontent." Winters because Shakespeare's opening in Richard III and Steinbeck's 1961 The Winter of Our Discontent are the pole stars in our current fate.
We'll unpack what I'm getting at after we pause to regard beauty that can make us forget, even if only for a moment. But for this moment enjoy early spring on California's central coast, curated in this case by Lana and her mentor mother nature. 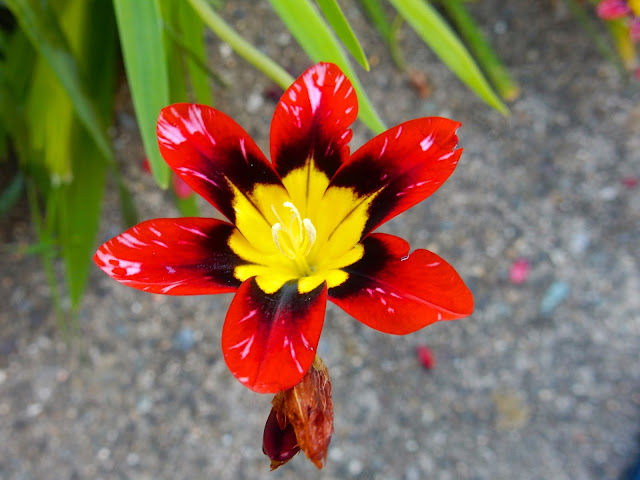 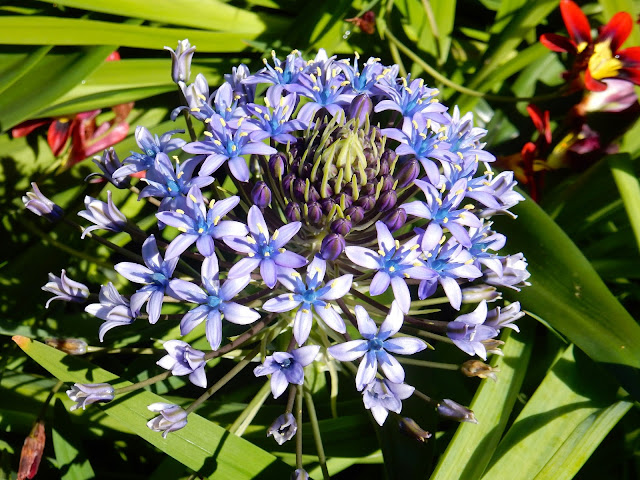 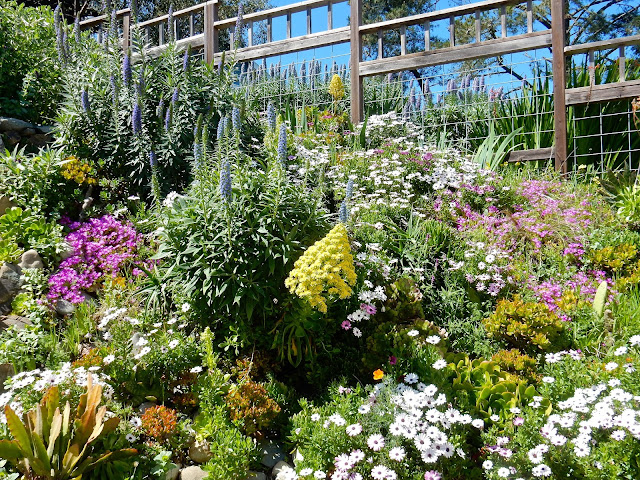 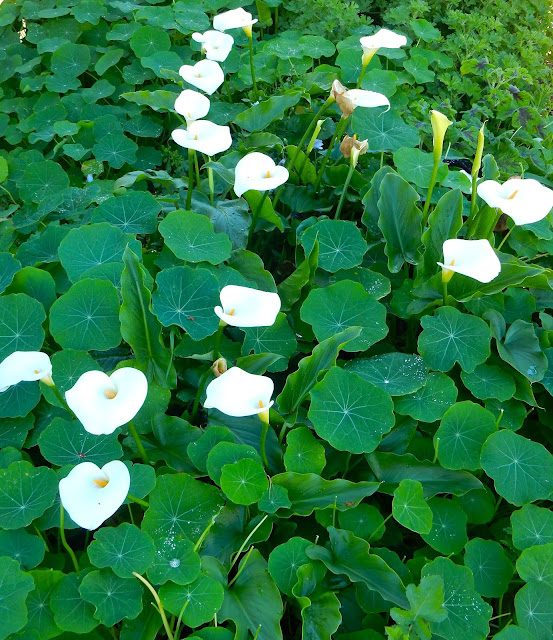 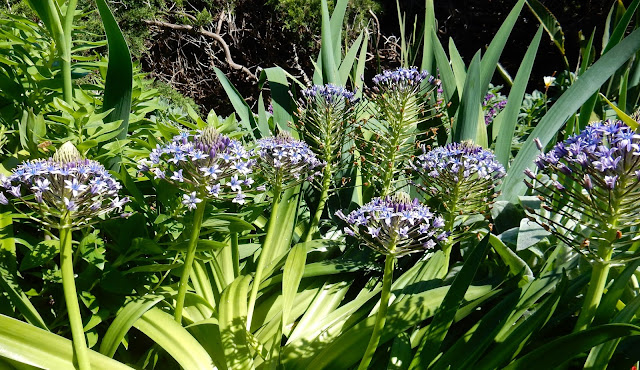 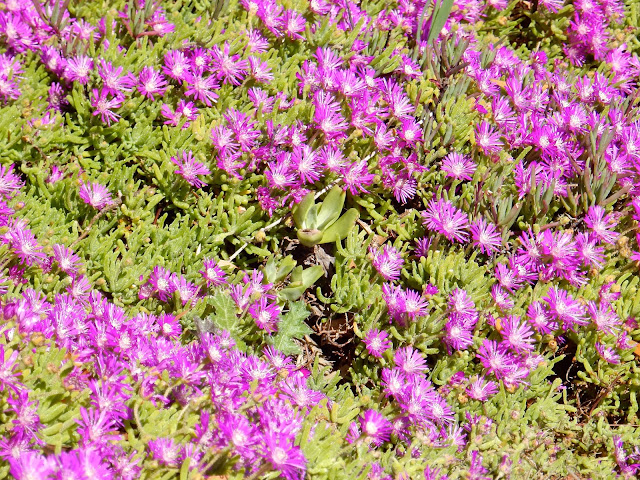 I am ever sorry for this bottle brush tree that still imbibes life but seems forever shamed by a brutal haircut. That brings me again to the blooming idiots of the swamp and our discontent. 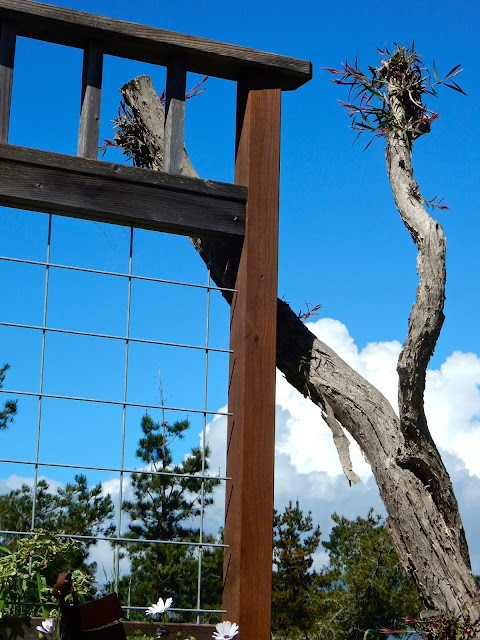 the winter of our discontent

And so to the Winter of our Discontent-in Richard III it was the sun (son) of York, Edward IV who brought an end to discontent-the rein of Richard III. The first two lines;
Now is the winter of our discontent/made glorious by this son (sun) of York.
A story of a rise to power by manipulation.

John Steinbeck's novel The Winter of our Discontent, is a morality tale of a man who tosses away integrity to gain wealth and status by cheating, lying and betrayal. By whichever pole you navigate this discontent, there are messages for our time.

circus trumpus
or
government by mayhem

The White House should be renamed Bedlam.
After the predator President's twitter storm about being phone tapped, Mike Pence should have called together that stellar cabinet and asked them seriously, "do you think we have a problem with the President?"
What ever did we do to deserve the insanity that has become this administration? It was clear to most Americans  Donald Trump was unfit, unqualified and unprepared, so we should not be surprised but even those who despise this slimy character are embarrassed by how sleazy and adolescent-stupidly things are playing out.

time to use the 25th Amendment
Trump should be slapped silly for the rude and childish manner in how he treated the German Chancellor Merkel. He embarrassed this Republic, despite your party affiliation or political views. Childish, brutish, rank amateur.
Pence should have called the cabinet together again and re-read the 25th Amendment paying attention to clause 4.4.

I know you can't impeach a President for lying, but this man lies so frequently as to perhaps qualify him for insanity.

How can we trust him to make critical decisions with our military forces when he is so untethered from reality?

Donald Trump may be a billionaire but he is liar, cheat, sexual predator, bully and a phony. By my logic that alone crosses the threshold to invoke the 25th-4.4. It is bad already but now the real stuff begins.

art of the russian deal

It is hard to believe but it may end there is no smoking gun or finger prints in the Russian investigation but still the Trump Presidency is crashing and burning and the gas on the fire is the federal investigations.
Charles Schumer may be playing to the hometown crowd when he raises the question as to whether to proceed with the Gorsuch nomination, but there is a shred of Washington wisdom at work.
Trump is on the ropes, his administration is floundering horribly and it will be tied up with details of the federal probe. Remember Clinton with impeachment, Reagan with Iran Contra, Carter with the hostages, Nixon with Watergate. It becomes the obsession and everything else stalls.
If there is a finding of collusion there will be criminal prosecutions. If Trump had contact with Russians-and that is still only an if-he could go to prison.
Speculation on outcome is iffy, but the fact an administration is being investigated for conspiring with a foreign power who tried to rig an election is mind blowingly historic. It is also very Trumpish. The investigation will do damage to this swamp creature regime.

His war with the Republican party is real. His approval rating drop is staggering and for a narcissist like Trump it could cause his brain or heart to explode.
He is irrational. He's mixed family and government-business and policy. We see him lie and demonstrate he really doesn't know reality. He's turned Sean Spicer, who people say used to be a nice guy, into a lying whore and embarrassment to all press secretaries. (I apologize to whores because they don't pretend to be anything else.) Trump means ruin.

use the 25th
Someone in the Republican party needs to grab Pence by the collar and force him to read the 25th Amendment and to consider the long arc of history.
This goes beyond politics and policy-I defy anyone to  describe what are Trump's politics or his policies. He's a hustler and he's perverting politics, not a simple feat given the state of things, but he's a scum even by swamp standards. He's so out of touch with reality as to present a danger.
In the Reagan years there was talk about his mental slippage, early dementia and his fitness to serve. So it's time for the nation to begin looking for a way to get Trump out of office before he does the damage that is inevitable.