FAR FROM THE MEDIA CENTER RING
Caitlyn Jenner deserves the life she seeks but has media saturation made it exploitation and a side show? Why are so many so curious when other matters are pending.
Here's a story of a transformation far from the celebrity of "reality television."  He was an engineer at the television station, a quiet brainy sort I thought. He reminded me a bit of Tom Petty. He kept to himself, often spent his break time in the cafeteria reading. My interactions were limited but I thought he was probably one of the brightest members of a large television staff.
There was large crowd around the bulletin board in the break room one day and I was greeted with "you've got to read this!" Posted there was an extraordinary personal letter from the young man. He detailed how for most of his life he believed he was a woman in a man's body. He announced he was in the process of a gender change and for the next year, before medical procedures, he would live as a woman and preferred to be called by the feminine iteration of his name. He announced he would use a restroom facility on a corner of station's back lot.
As you might expect the reaction varied and her life for the next year was challenging. Though she had always been a rather private person she announced part of her transition was to be open about the change.  We were often on the same hours so I made a point to ask her about the complexity of her life and the huge change. I never saw many people with her, but she was gracious and frankly more witty and at ease as a woman in transition than he had been. Her answers to my questions were honest and instructive.
Eventually the medical procedure and hormone treatments had been achieved and the person who had been shy was now vivacious, buoyant and transformed. She was an attractive young woman. Some new employees were seemingly quite taken with her femininity. In my layman's sensitivity she had blossomed as a human being, and was comfortable in her skin.
A couple of years ago she shared a limousine with a few of us who had been flown back to the mid-west for a documentary in which we appeared. It was serendipitous that we had a chance for a visit, but she was stylish, witty and said her life in the ensuing years had been great.
Her journey was no less important than Caitlyn Jenner's though it and others were made far away from cameras and reality television. As a man Bruce Jenner seemed to thrive on attention. Caitlyn's life has begun in the same way.  My friend made her transition not for celebrity or fame but for being who she was. I trust Jenner has done likewise, but before a nation "celebrates" her bold and courageous act, we should recall there have been many like my colleague who have transformed without magazine covers and reality shows. I hope Jenner can be at peace, free as she says.
It is her right to continue to be a person who desires the spotlight. But I question why for example 46 million Americans have flocked to Internet connections and coverage. What is the attraction? Is the Kardashian mania the true "Zombie apocalypse?" I wonder how many of those 46 million have taken the time to follow the National Security legislation debate, or have given more than passing thought to the implications of ISIS funding and strategy or have considered what Americans can and should do about a food industry that routinely consumes a disproportionate amount of water. For that matter I wonder how much media time, print, space and attention has been devoted to those matters as compared to what they have given the Caitlyn story. And I wonder why and what it means?
TRANSFORMATIONS OF ANOTHER SORT 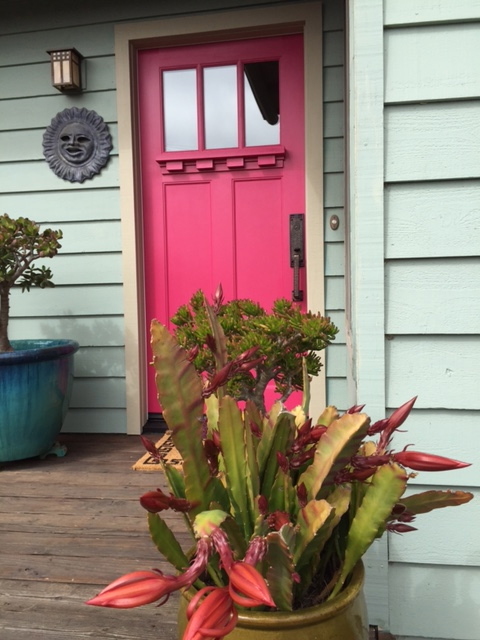 We have a new front door, which for the record Lana and I both like. We wanted to go more deep red, but were told with our direct sun exposure it would fade, terribly. Instead we went with a shade called Hot. 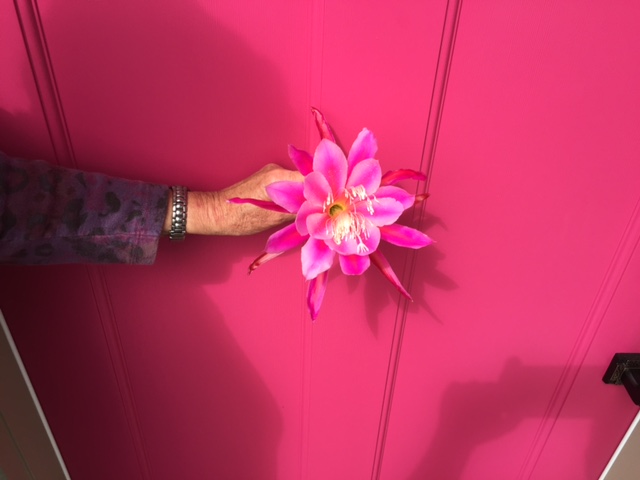 Several friends have been through it. One likes it. Others express a kind of amazement or amusement. So it goes. 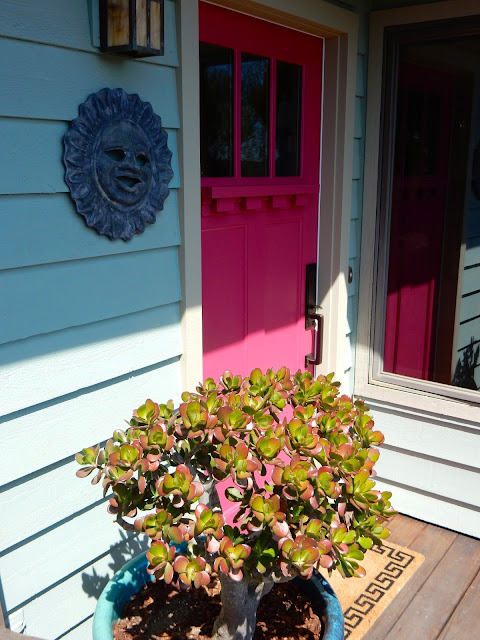 There is one denizen who is totally unimpressed. For that matter he cares not about media matters, transformations, international diplomacy. He only seems ruffled, when I disturb his nap. My boy Hemingway! 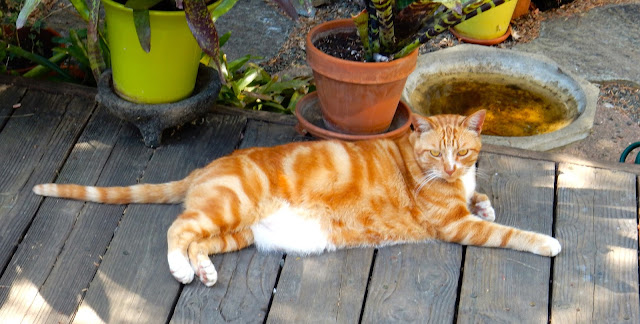 See you down the trail.
Posted by Tom Cochrun at 1:16 PM