DIFFERENT
Before the dawn of awareness, back in the dark ages of the 1950's, we had what were kindly called "Special Ed" classes.
In the Muncie elementary school the special ed class room was in the basement, but trips to the boys room gave us a chance to glimpse into a world different that our own. There were kids in wheel chairs, kids who's faces and heads were different, some of the loud voices were different and there were some who just looked sad.
I noticed more of the same when we moved to Ft. Wayne and the Special Ed kids were not entirely, but a little more integrated into other classes and social activity. Still there were kids who's only apparent "special ness" was they were quiet and withdrawn.
By my freshman year I had become a friend of a kid with muscular dystrophy. He struggled to speak but it was merely a physical affectation, his mind was keen and he was extraordinarily bright. His body betrayed him and physical motion was a challenge so we walked more slowly but we built a friendship that has lasted. He benefited from being moved out of a "special ed" class into the mainstream.
Clearly some with particular conditions seemed to benefit from the closer attention provided by a special education teacher. It was those quiet and somewhat non social kids I continued to wonder about, until years later I learned of autism and Aspergers syndrome.  When that veil of ignorance was lifted I understood in retrospect a friend from earlier days.
He was, I was told, a genius. His room was full, truly full, of completed models of every airplane, ship, submarine, car or boat. OK a lot of kids were model makers, but these you had to see to believe.  Tiny to huge and they were perfect. What Mike had on other kids was his encyclopedic knowledge of every plane, boat, car and ship he had made. And then there were the Dinosaurs of every imaginable size and shape and again there was his encyclopedic knowledge. Same for the Rocket ships, which in this case he made and fabricated himself. Plus there were the pages and pages of the detailed and intricate drawings of dinosaurs, rockets, planes and boats.
Mike could also play the piano. To my young and frankly somewhat bored ears, he sounded like a concert master.
I learned you could not touch Mike, he would freeze, choke and/or maybe yell. He wouldn't play ball, they were dirty and there was touch involved. He'd ride his bike, but only on a clearly prescribed route. We could never make even a slight variation. Mike had been in my grade school for a couple of years, but missed a lot of classes. Eventally he had a special teacher. He lived only a couple of blocks away, though Mike never came to my house. I didn't mind that we were at his place because his mom made sure we had plenty of Twinkies, an extravagance for our family. She was always nearby and would routinely look in as we hung out which meant watching him build or explain a model or riding that special bicycle route.
I thought of Mike as I watched LOVE AND MERCY the amazing film playing now, telling the story of a special boy, Brian Wilson. 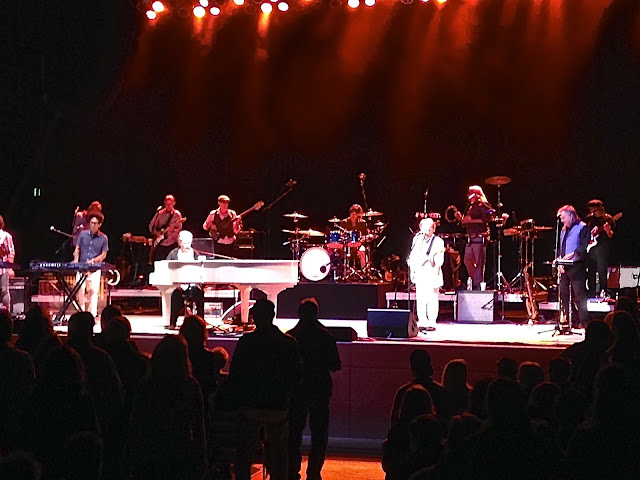 We thoroughly enjoyed seeing Brian and his band in concert last September, his musical genius still fully evident and switched on.
But what a rough trail he's traveled. Those who are fans know the story, but seeing it vividly portrayed increases the respect and admiration for one of those quiet, maybe sad and special kids.
Paul Dano as the young Brian and John Cusack as the elder are superb. Their performances are riveting. The versatile Paul Giamatti is perfect as a maniacal and manipulative Dr Eugene Landy, who controlled and for a period ruined the life of a musical genius. Elizabeth Banks is more than merely a beautiful foil to Landy's meanness and temper. Banks portrays Melinda Ledbetter's struggle to free Brian from the prison of Landy's drugs and control and she does so with an authenticity. Brian Wilson calls the film very factual.
Director Bill Pohlad does a masterful job of capturing how the young Wilson struggled to capture the genius but bewildering inspiration in his head and turn it into a unique and remarkable music and sound.
The Wrecking Crew, subject of a recent film is seen working with Wilson and giving him credit for his brilliance, even if eccentric.
If you are a fan, this is a must see though at times is a bit painful or heart breaking. Your respect for Wilson will  increase.
I can't imagine how contemporary music and Brian's life would have been different had he grown up away from Southern California where artistry, creativity and even eccentricities are tolerated. I wonder though what became of my pal Mike and others who traveled in less sunny and accepting climes.
JUNE TAKES 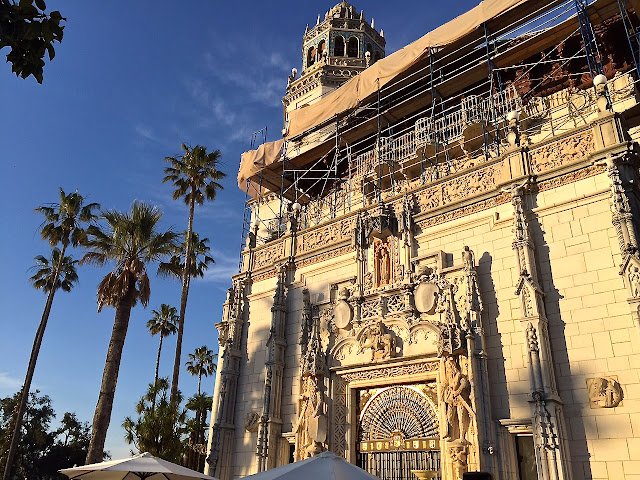 Early summer brings Twilight on the Terrace at Hearst Castle where Cafe Musique plays on a plaza being refurbished. 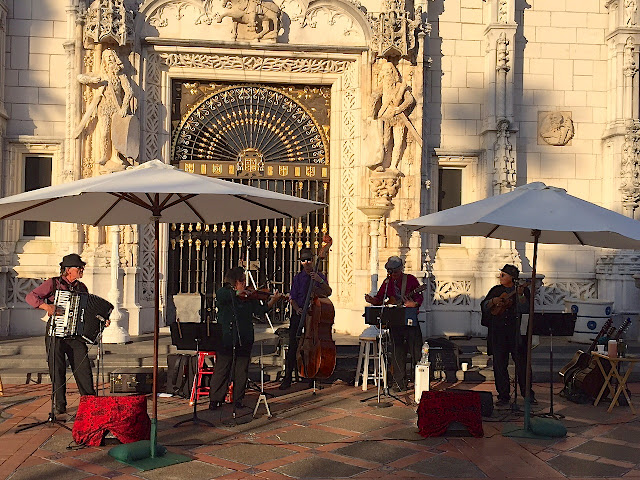 HOW MUCH PAELLA CAN YOU EAT?
You can try to answer that at the annual Pinot and Paella Festival in Paso Robles. Begun by Marc Goldberg and Maggie D'Ambrosia of Windward Vineyard the Festival has become a signature central California event. 20 Paso Robles Pinot Noirs and 15 Paellas. Proceeds to to the Paso Robles Youth Arts Foundation.  Enjoy- 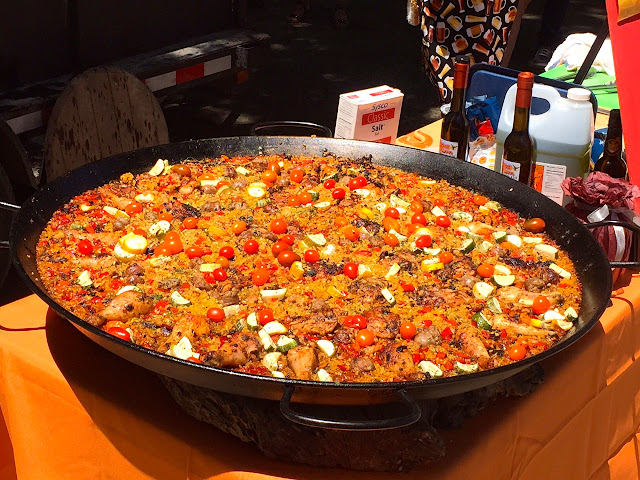 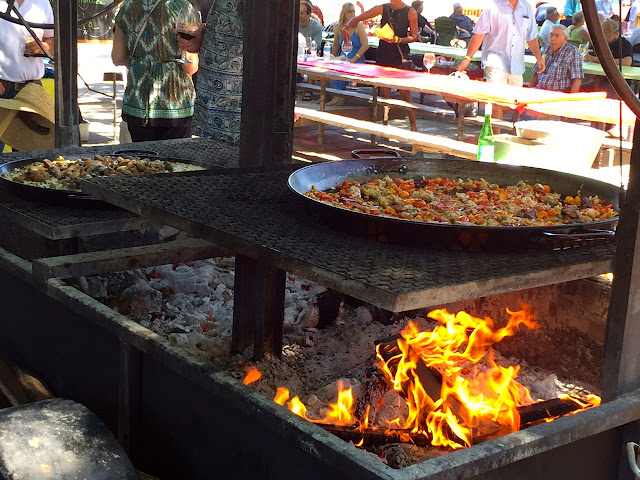 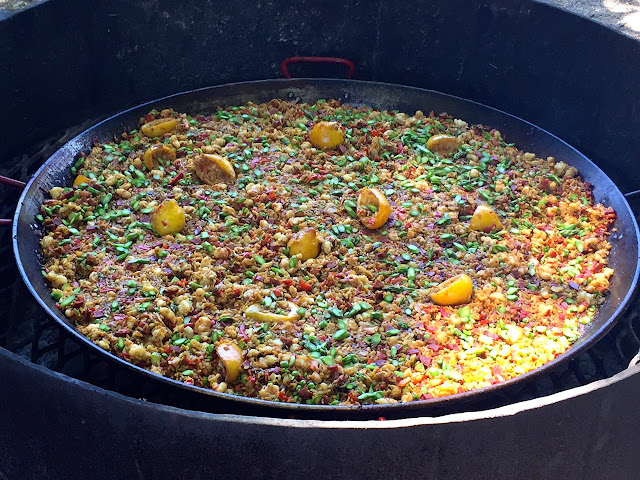 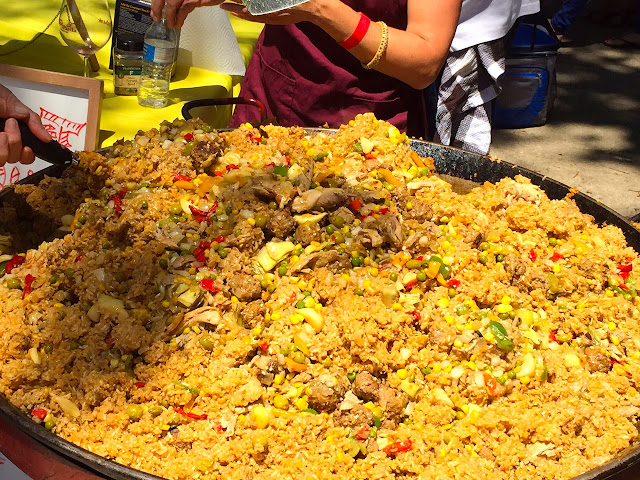 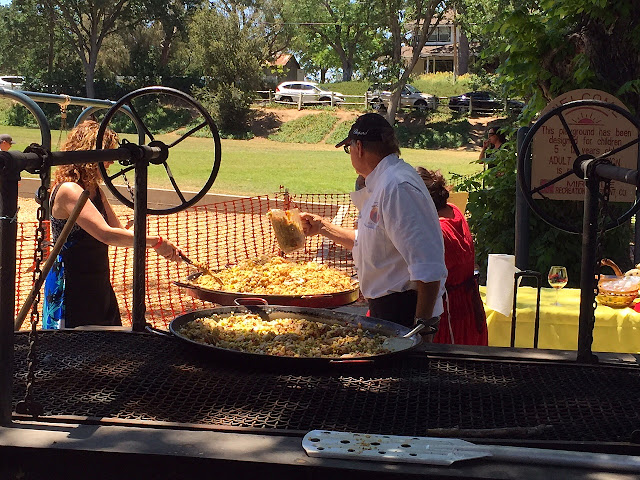 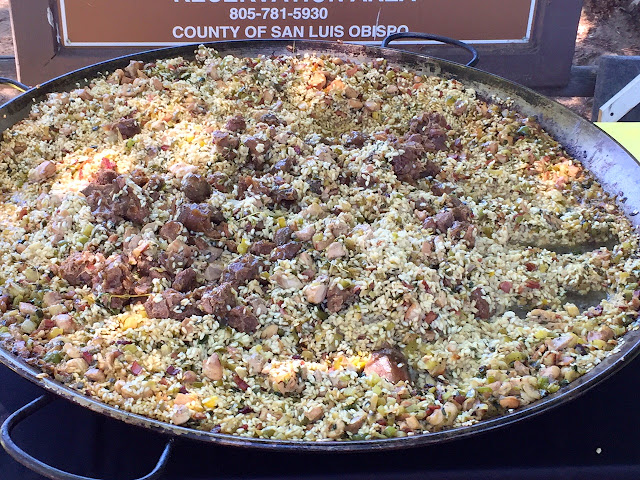 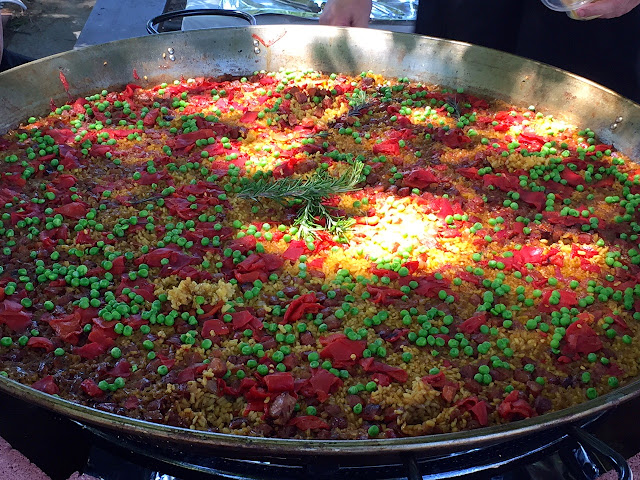 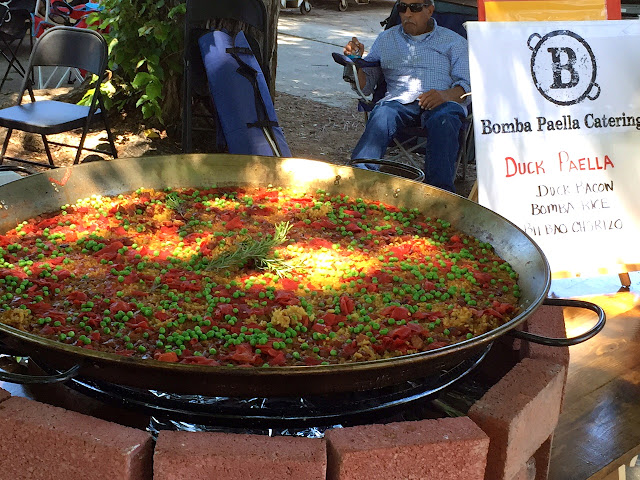 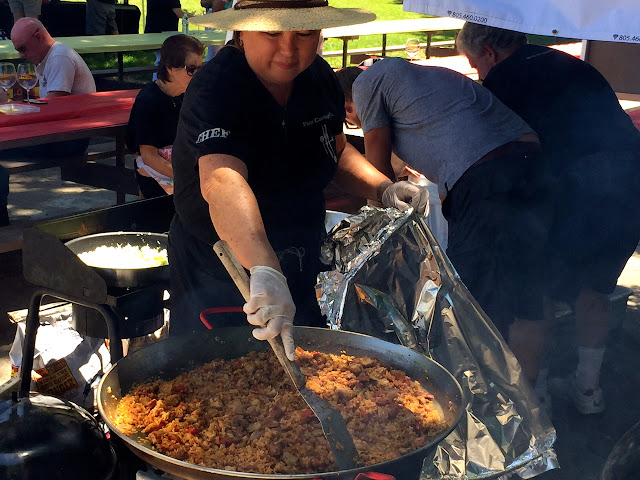 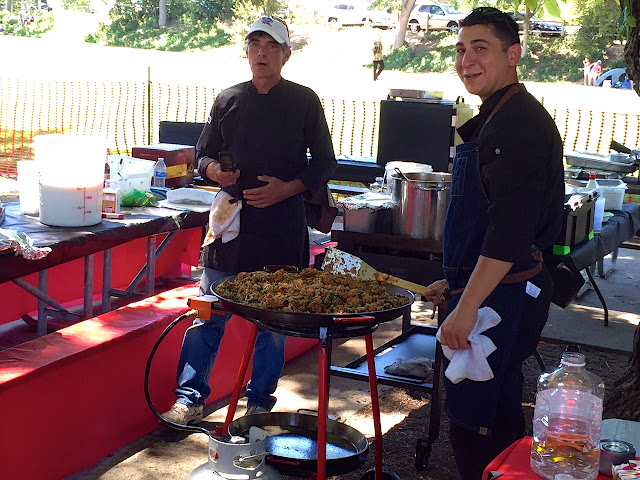 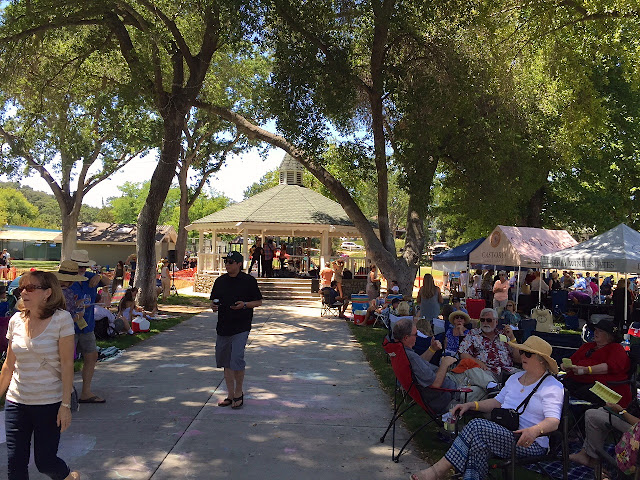 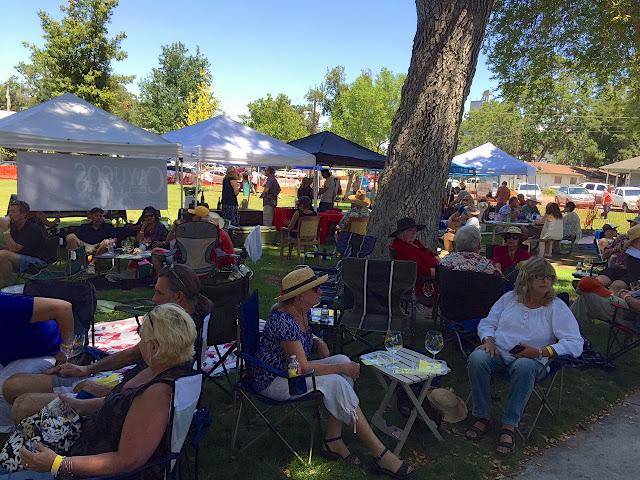 By the way, trying to determine your favorite is challenging.

See you down the trail
Posted by Tom Cochrun at 3:46 PM