ON THE LETTERMAN SHOW 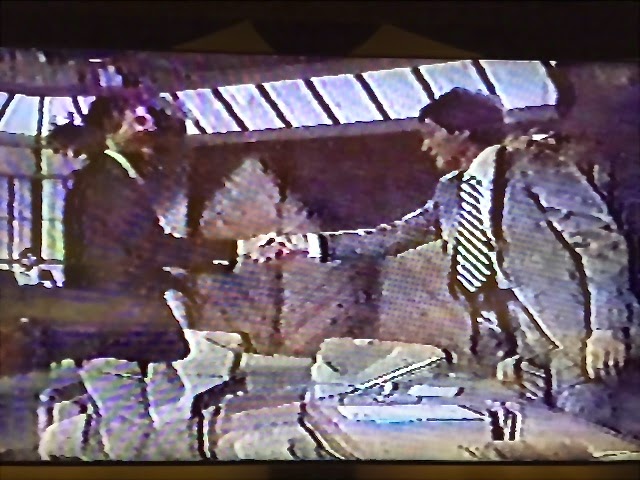 The writer on the David Letterman Show September 29, 1980
The day before Dave Letterman departed Indiana for what has become an historic future, we had a picnic on our wooded property in southern Indiana.
His pick up truck was loaded and he was a bit apprehensive. He and his then wife Michelle and Lana and I had packed a lunch and were there to give him a send off. Dave was in what Jay Leno would refer to as his Dinty Moore fashion stage. Dave had calculated how long they could survive before he or she got jobs. He was ready to work at a gas station if need be.
We had been a big supporter of his move. I was convinced he'd make it, big. Dave was, as he often can be, more doubtful. But the point was, he was giving it a go.  Oh, how things would have been different for all of us if he had not spooled up the courage to give it a shot. It took guts going from Indiana to Hollywood. 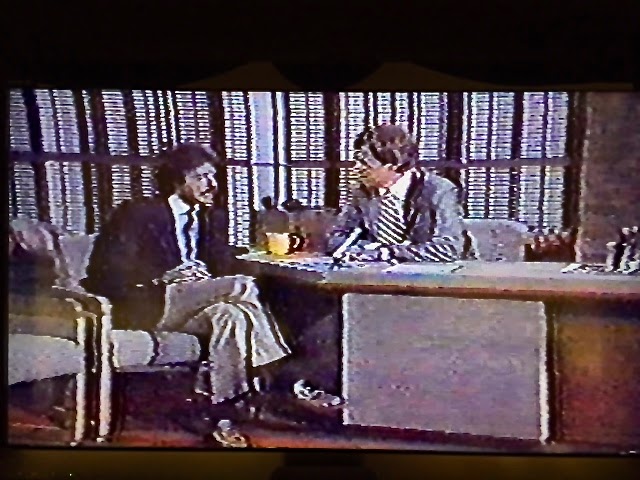 In the last couple of months I have been interviewed by people from the New York Times, magazines, papers and local television stations. I have said repeatedly, as I have since the late 70's, Dave is one of, if not the most, innovative user of television and technology. Way back I told an author writing a book about Dave that he was able to build on the innovative genius of Ernie Kovacs in terms of how to use the medium and technology to entertain. He raised the bar and created a new standard for the format even disposing of what was a kind of artificial formality about television programs.
I remember sitting one evening in our east side Indianapolis apartment watching our favorite, the master, Johnny Carson.  Johnny was doing his Carnack bit, supplying questions to the answers read by Ed McMahon. Dave was supplying his own lines and they were better than Johnny's.
In the early days I hosted a morning radio magazine show  broadcast on two stations. I hired Dave to write a kicker "essay" to run two or three days week to close out the hour.  He'd write, call me to run through it, then later we'd record it. Often he was not sure what he had written was funny. I tell you in all honesty it was brilliant. I remember laughing so hard sometimes that I'd almost drop the phone. It was a genesis of his  brand of humor that is now so well known. But being original and cutting edge there were a few in news management who did not appreciate it. There were times when getting the checks to Dave was delayed because the boss had not written a requisition, so there were weeks when I paid him the $25 to $50 out of my pay, which at the time was $150 a week. Neither one of us had much money, but it didn't matter. The important thing was to get his work on the air.
A couple of years before that Dave took my shift at a little AM radio station in Muncie Indiana. Lana and I were married in April and we were going to honeymoon in Europe until August-that was back in the days of Europe on budget plan. Dave took over my mid-day shift which included doing news casts and then an afternoon drive time shift of playing hit music. I told him he'd need to play it straight doing the news, but could have fun on the DJ shift.  He did both. And as I have said before, "Look where it got him!"  That is facetious of course because what got him there was a rare and unique sense of humor and amusement.
I'm a bit stunned that my old friend is wrapping up 33 years, an historic television record. I told someone many years ago that I thought Dave would be in the pantheon with names like Carson, Benny, Hope, Kovacs, Allen, and Berle. He's there. He's made us laugh and he's been clarifyingly honest. He's inspired generations of new entertainers. He is indeed one of the greatest.
I think of all of his bits and shtick what I enjoy most is hearing Dave laugh, when he is genuinely amused. I'd love to again spend some time with him, but what I hope most for him in his retirement is that he'll find a lot of reasons to laugh, genuinely. 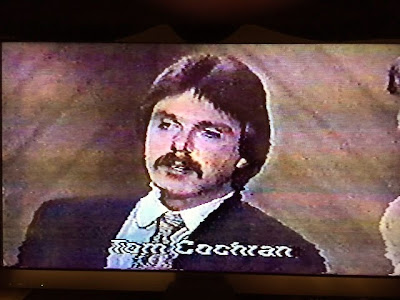 And Dave, next time I'm on your show, make sure the graphics operator knows how the name is spelled.

LANA'S TOP 10 FOR DAVE
Lana tries her hand at comedy writing as a salute to Dave.
THE TOP TEN THINGS DAVE WILL PURSUE WHEN HE RETIRES
10- Open a Pizza Parlor in Muncie
9-Be a judge in the Westminster Dog Show
8-Teach Harry how to mow the lawn
7-Run off to Italy with George Clooney
6-Be the oldest Rookie at the Indy 500
5-Open a Hardware Store
4-Play bocce on Thursday with Jon Stewart
3-Become a florist like his Dad
2-Move to California and smoke weed with Ophra
1-Finally get a real job!