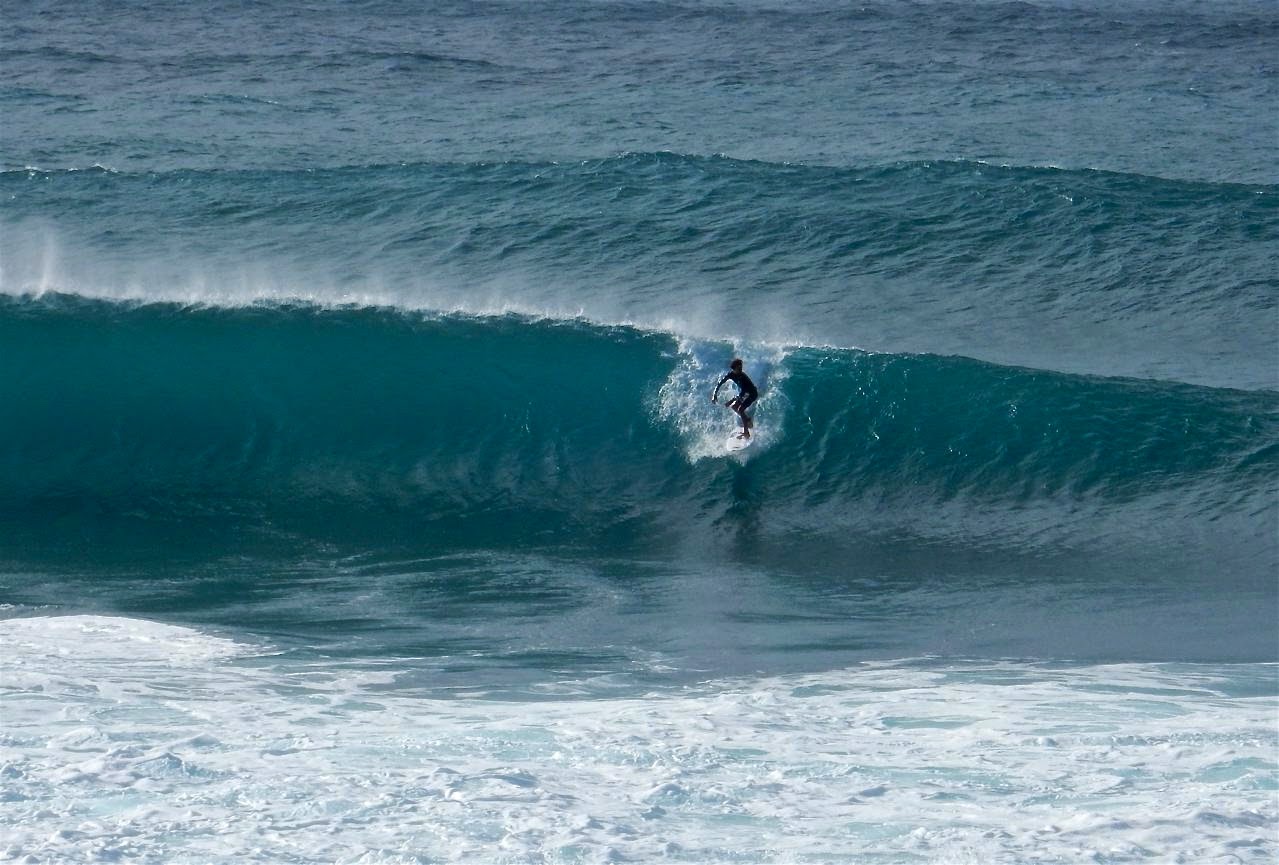 It's the look in their eyes or the tone of voice. When I talk with friends from elsewhere I can tell they just don't get surfing. 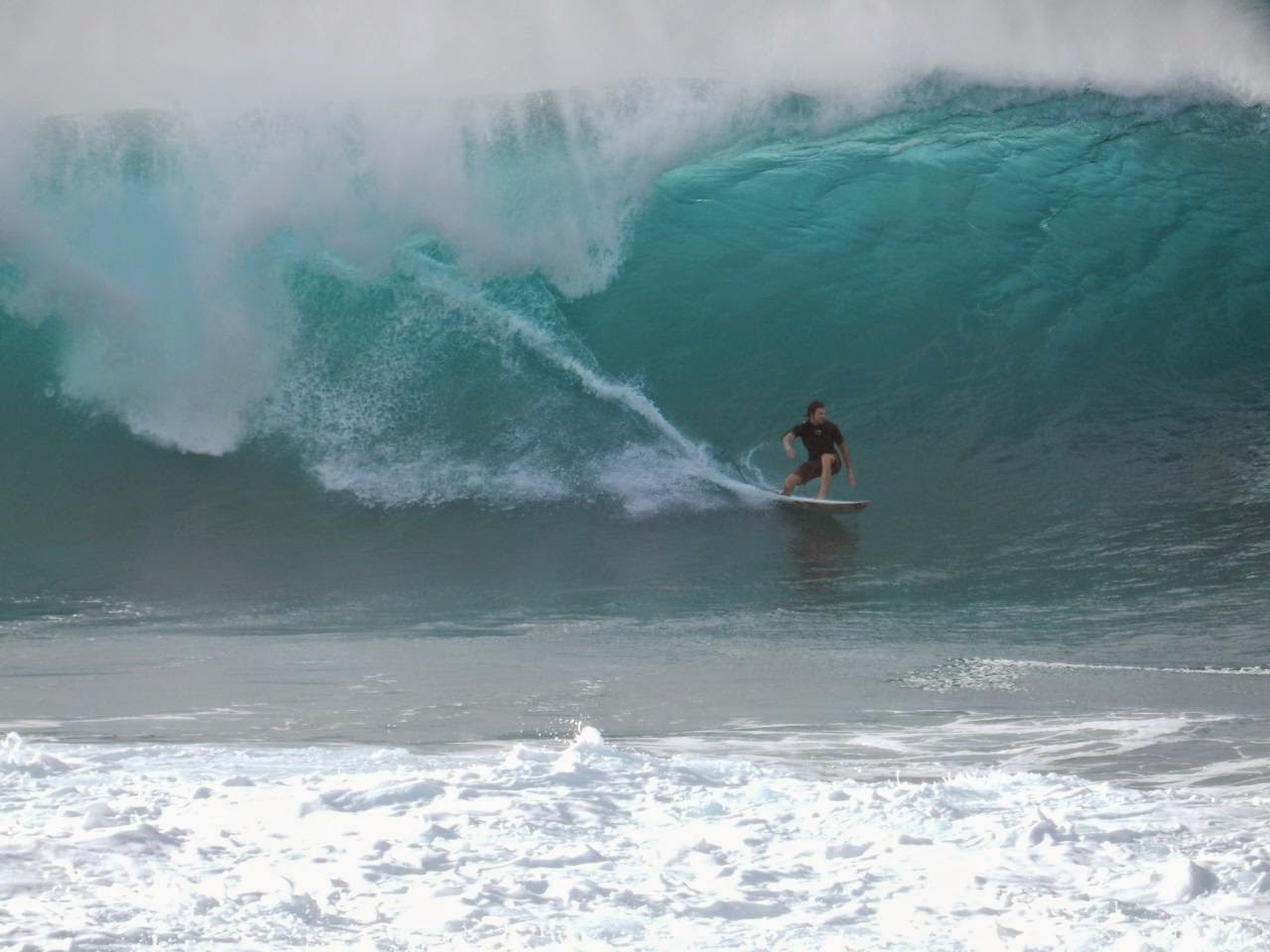 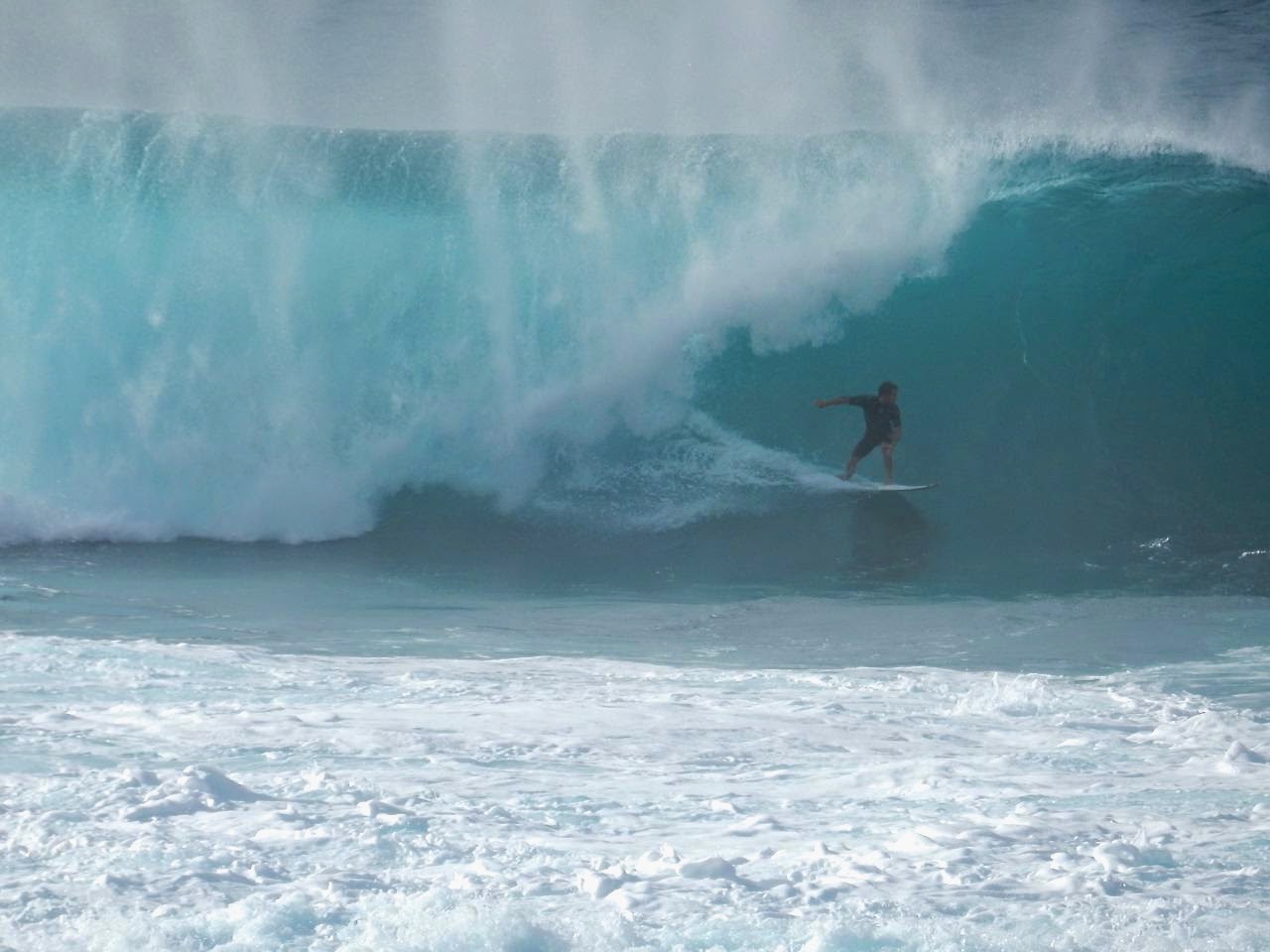 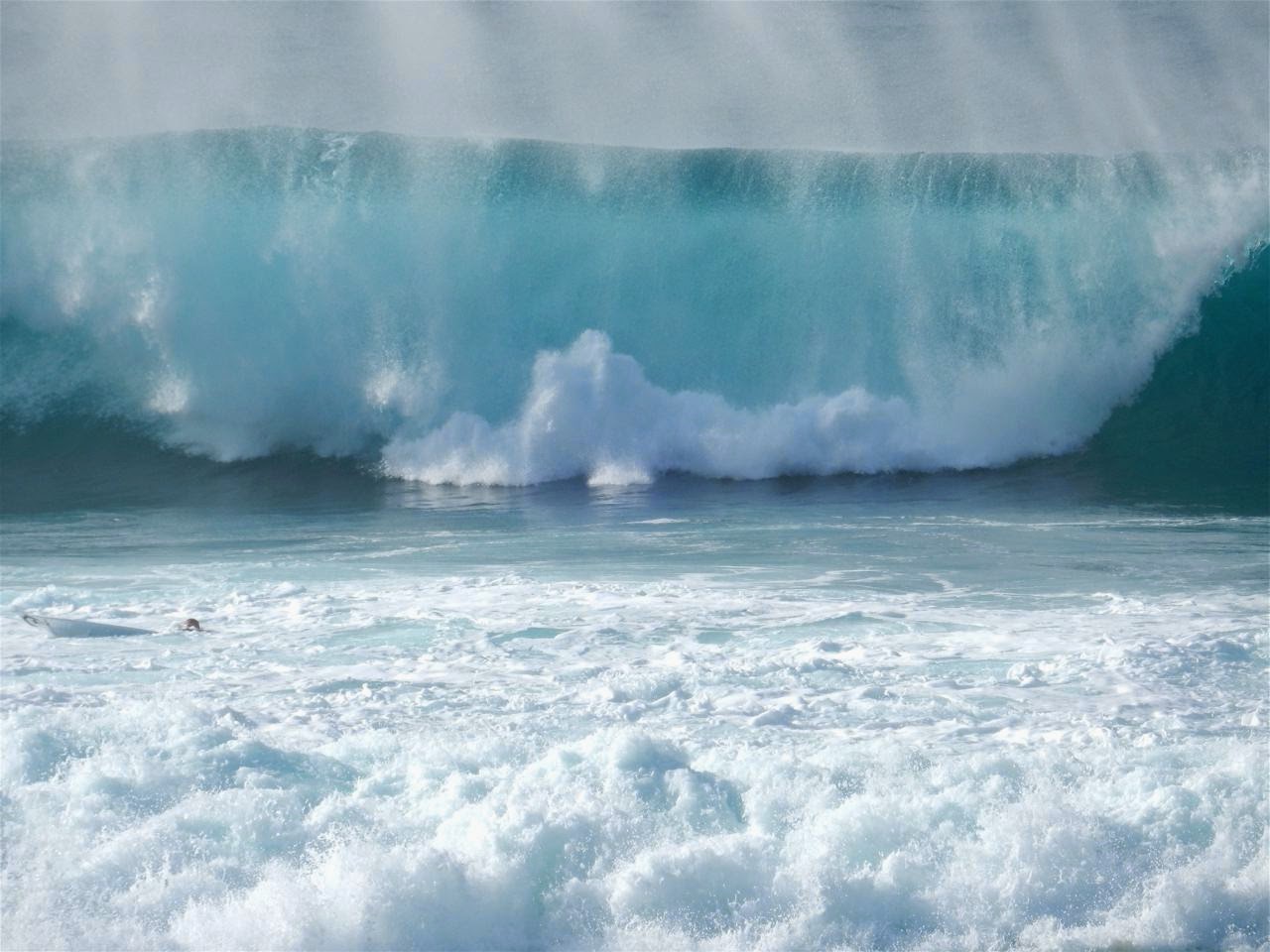 Tangling with 20 to 40 foot waves is serious business. 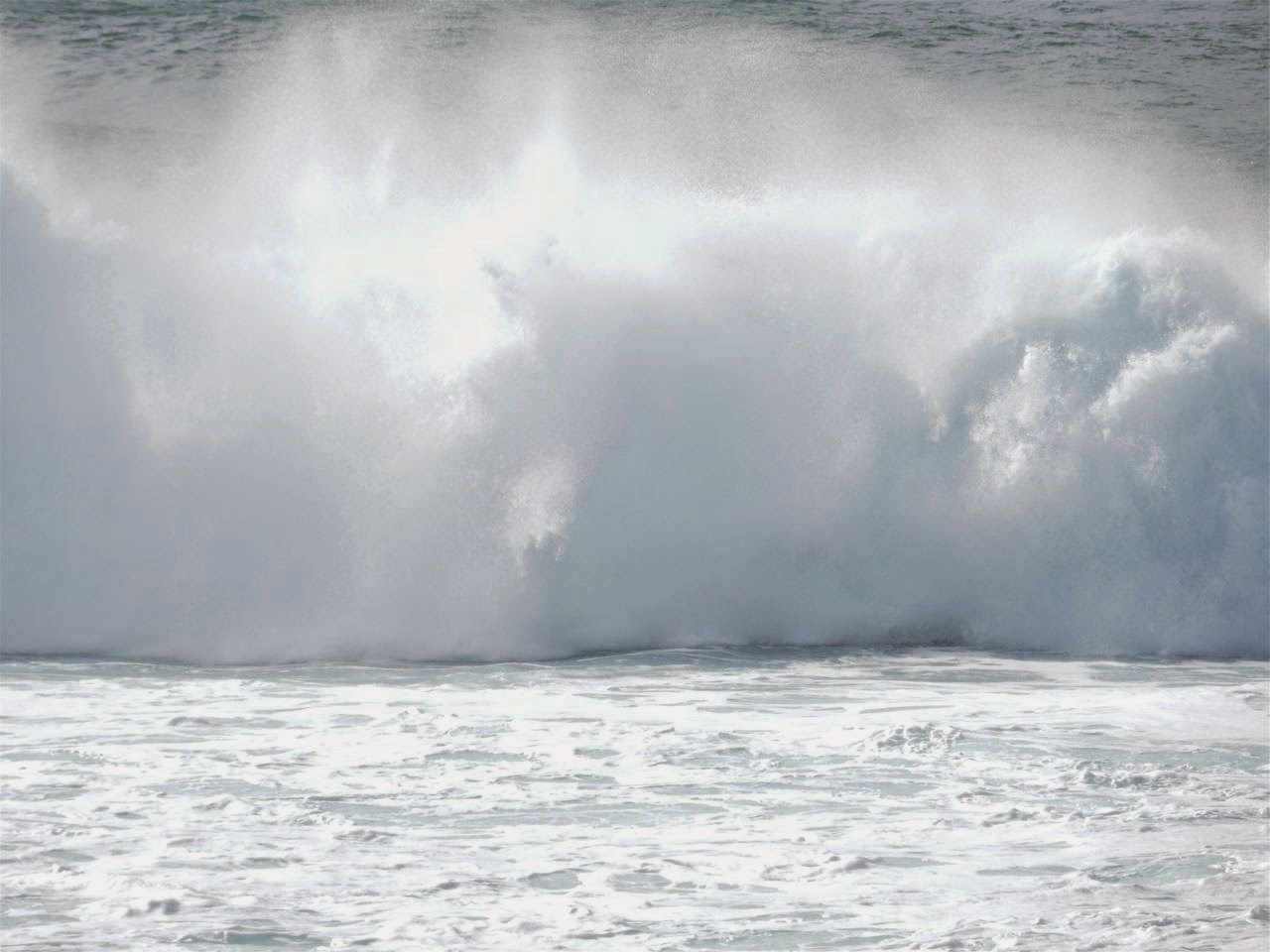 An article in an Island paper detailed more than 120 serious spinal injures on Hawaiian surf beaches. Getting crushed in a wall of water like that pictured above can also kill you. 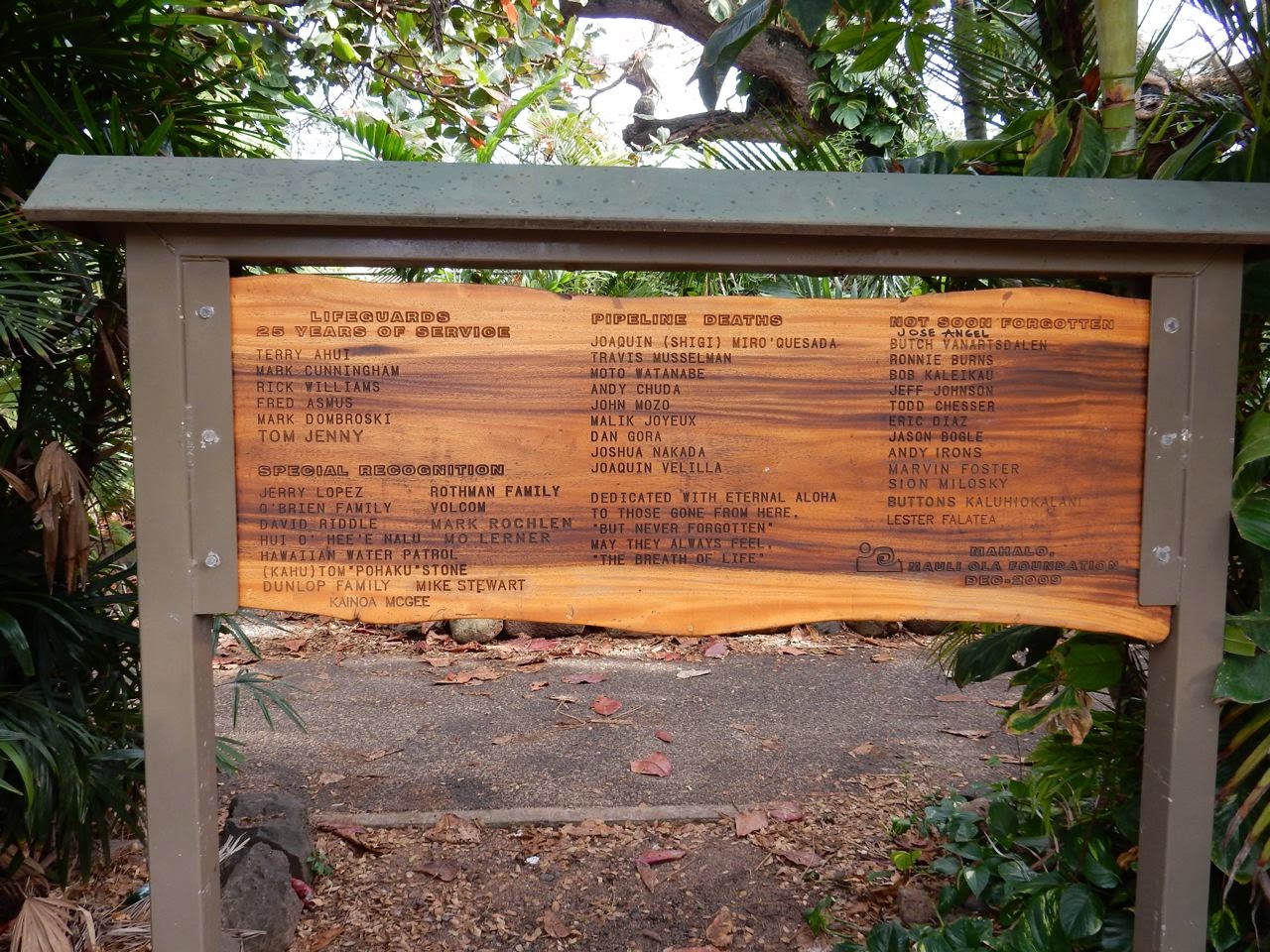 The memorial near the famous Pipeline on Oahu's north shore pays tribute to those athletes killed there. 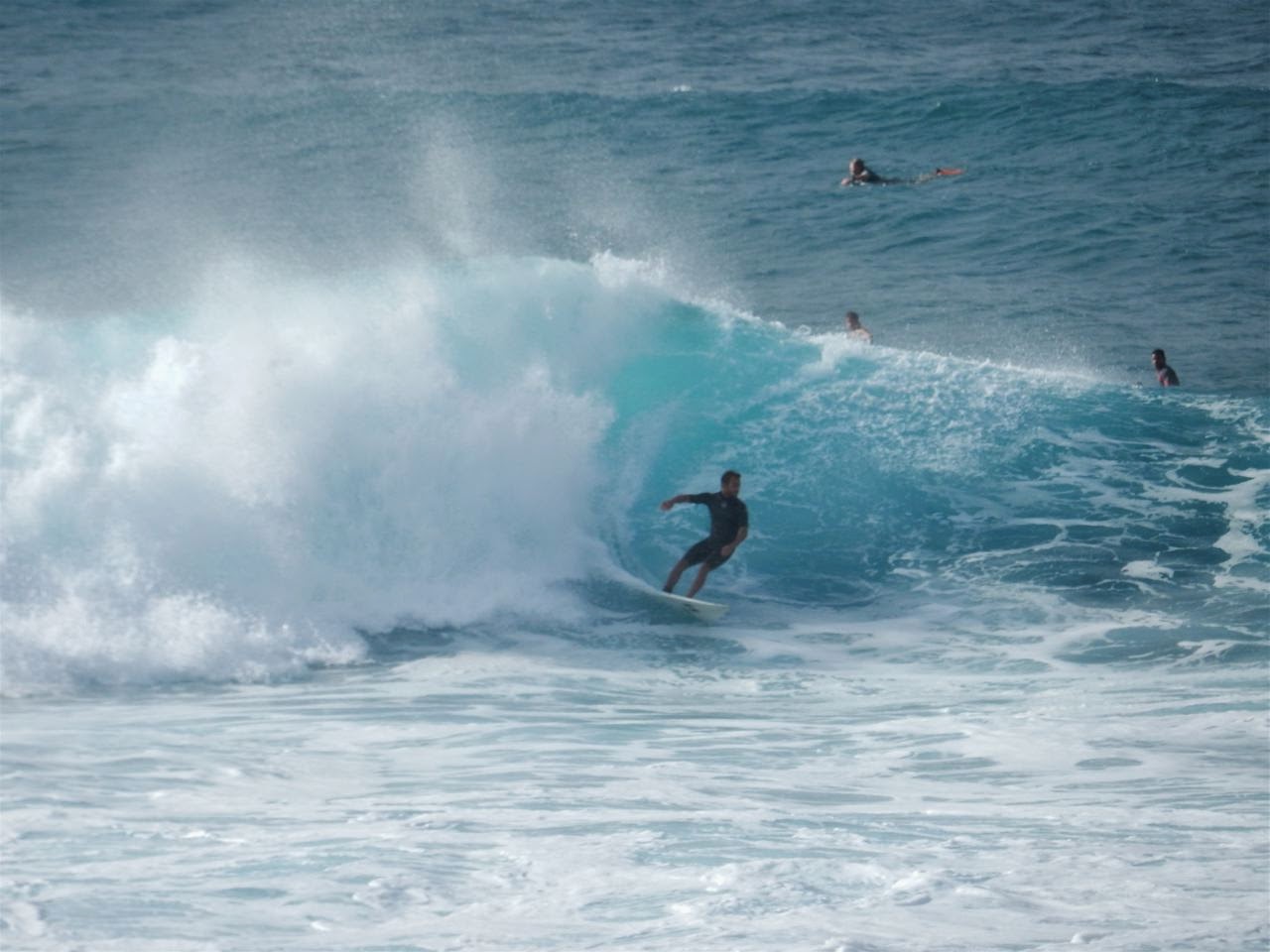 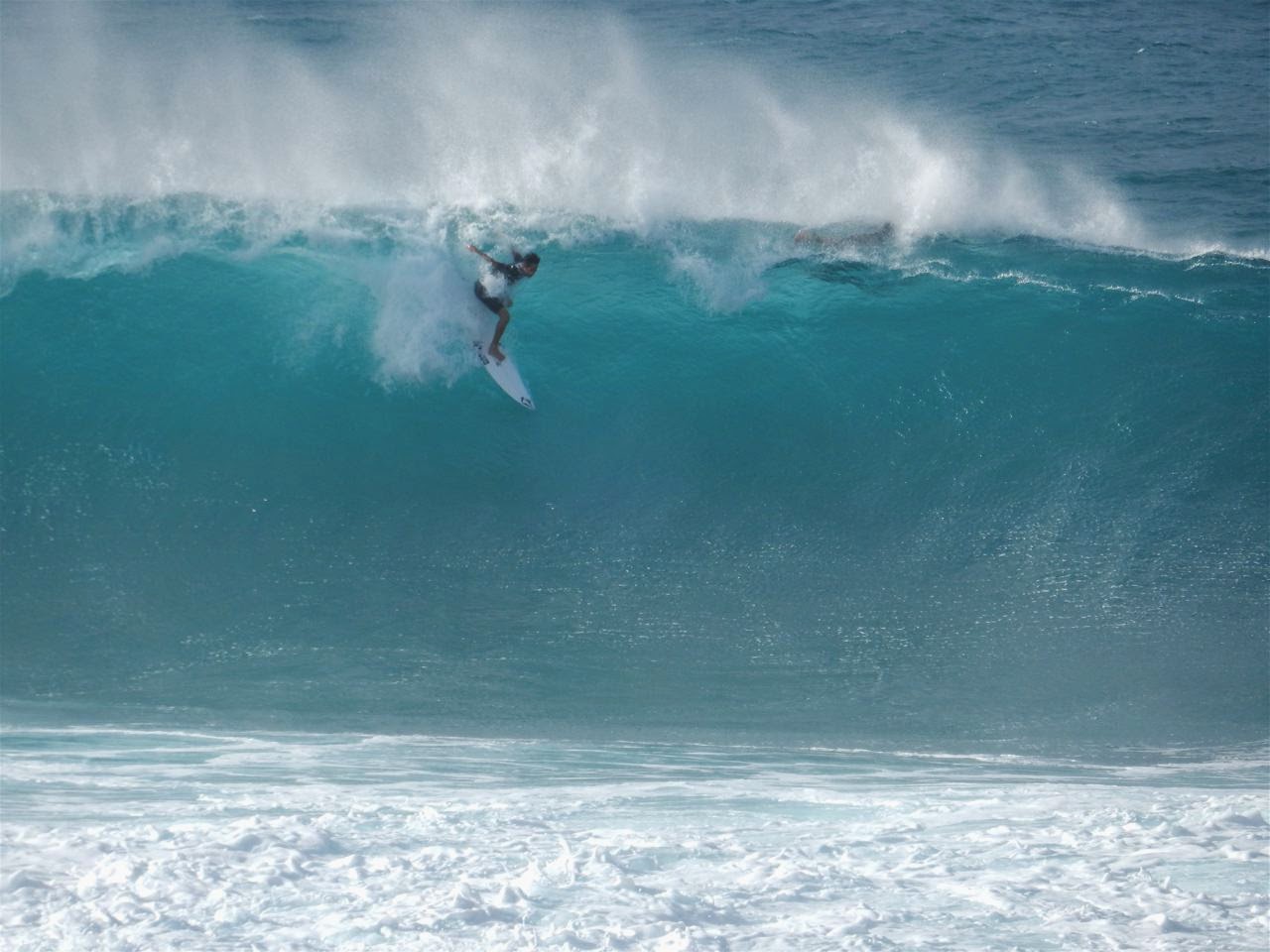 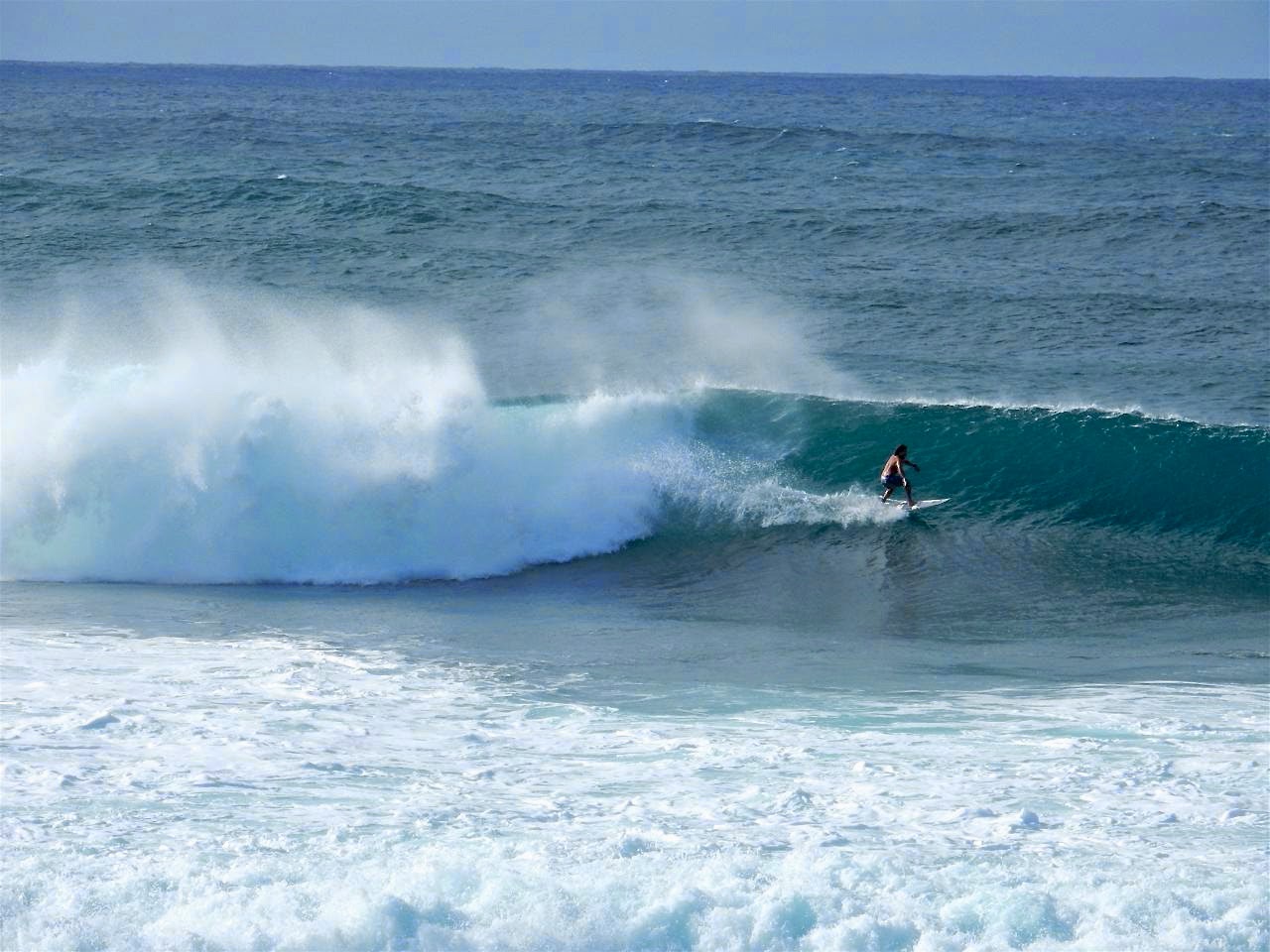 Along with traditional surfers are boogie boarders, using flippers and a short board.  They too ride the wave and when successful, as seen below, flip up and over the roaring Pacific curl. 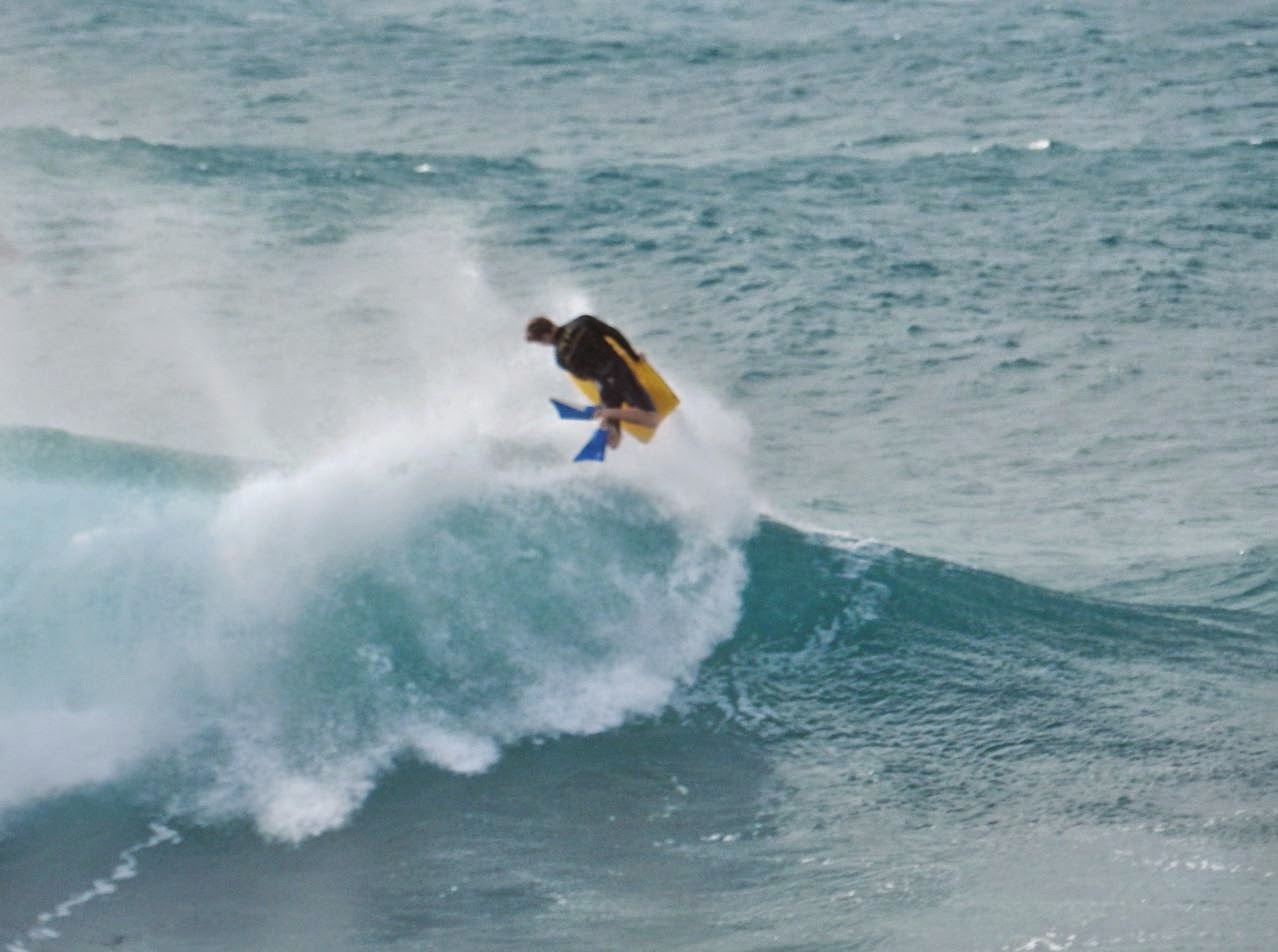 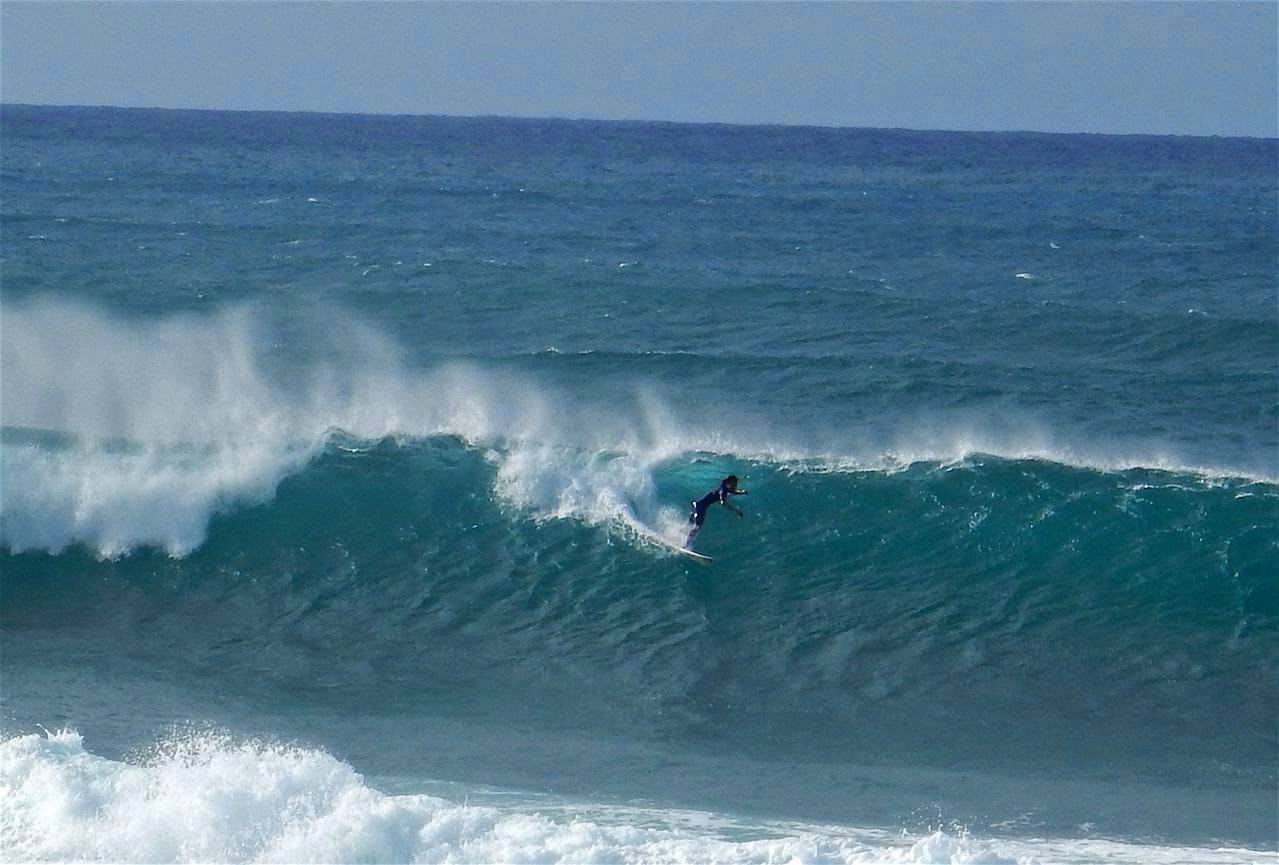 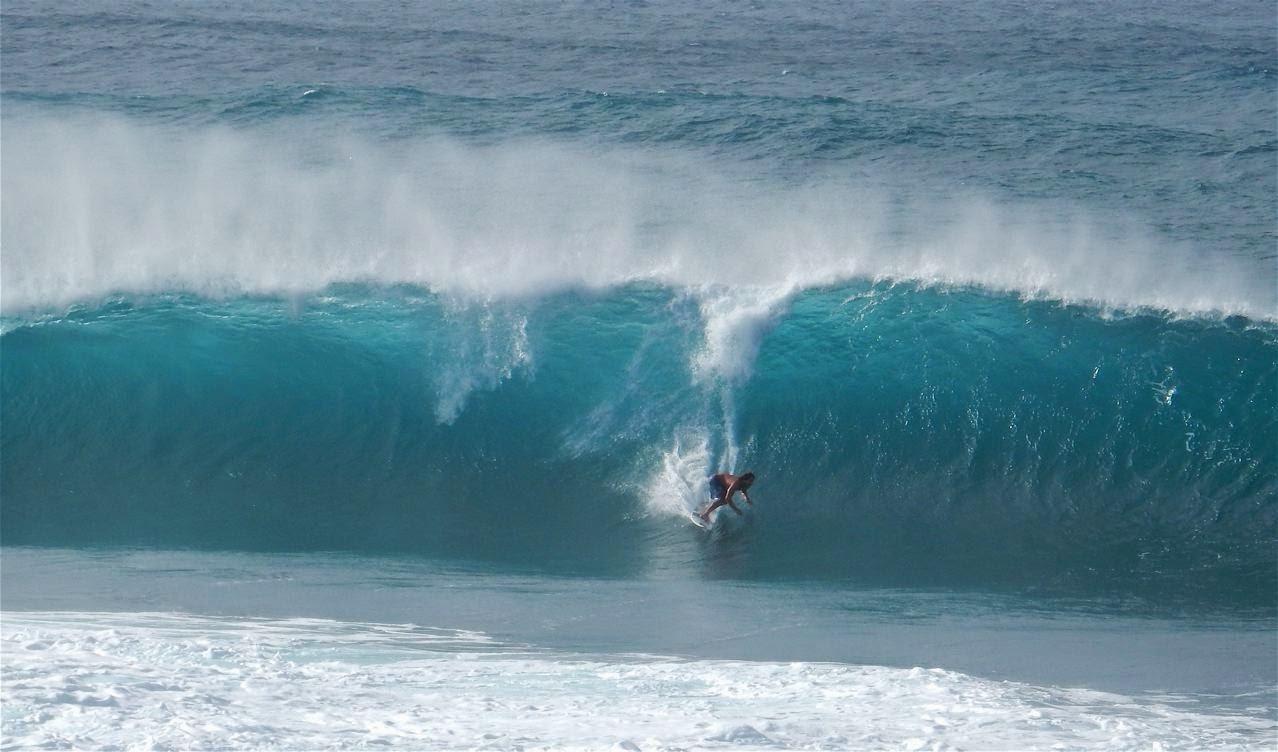 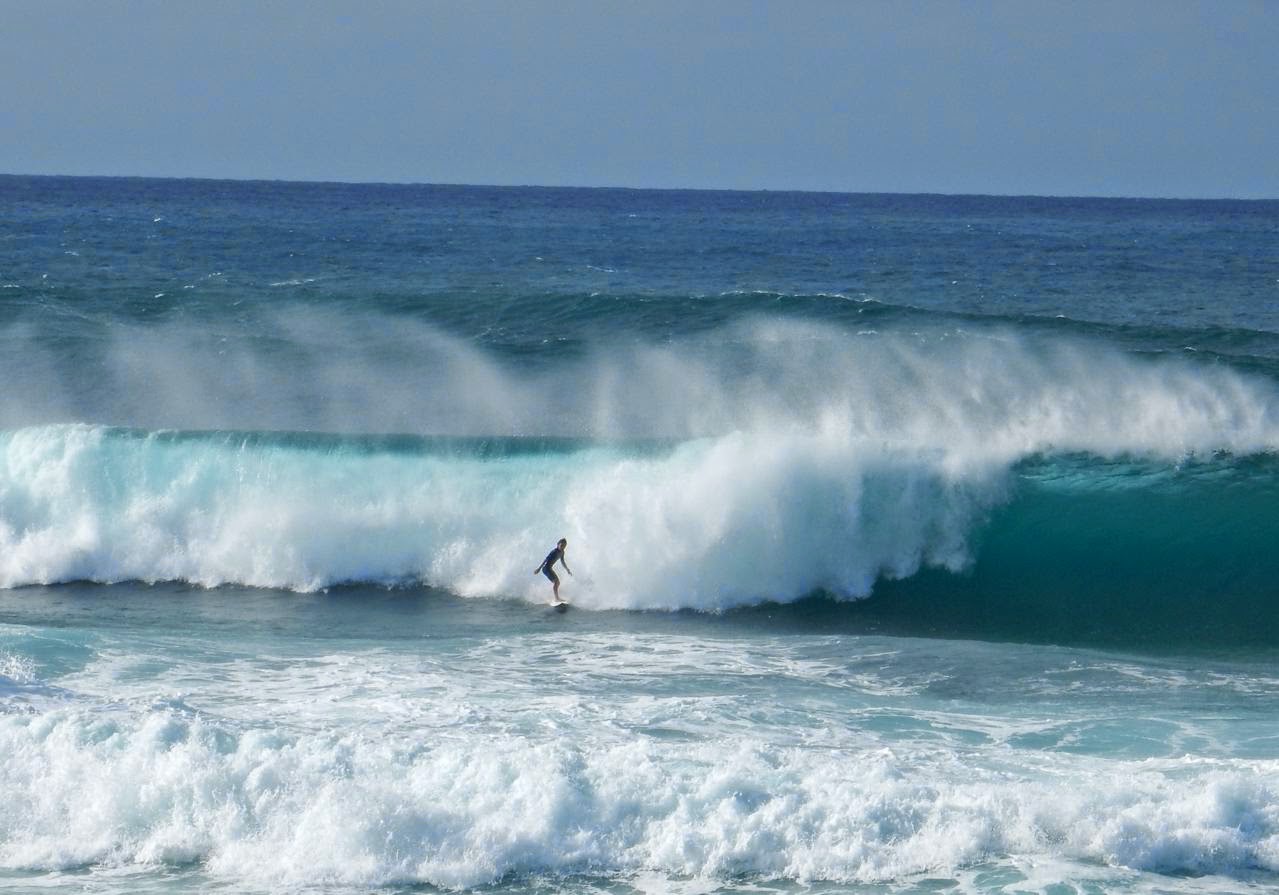 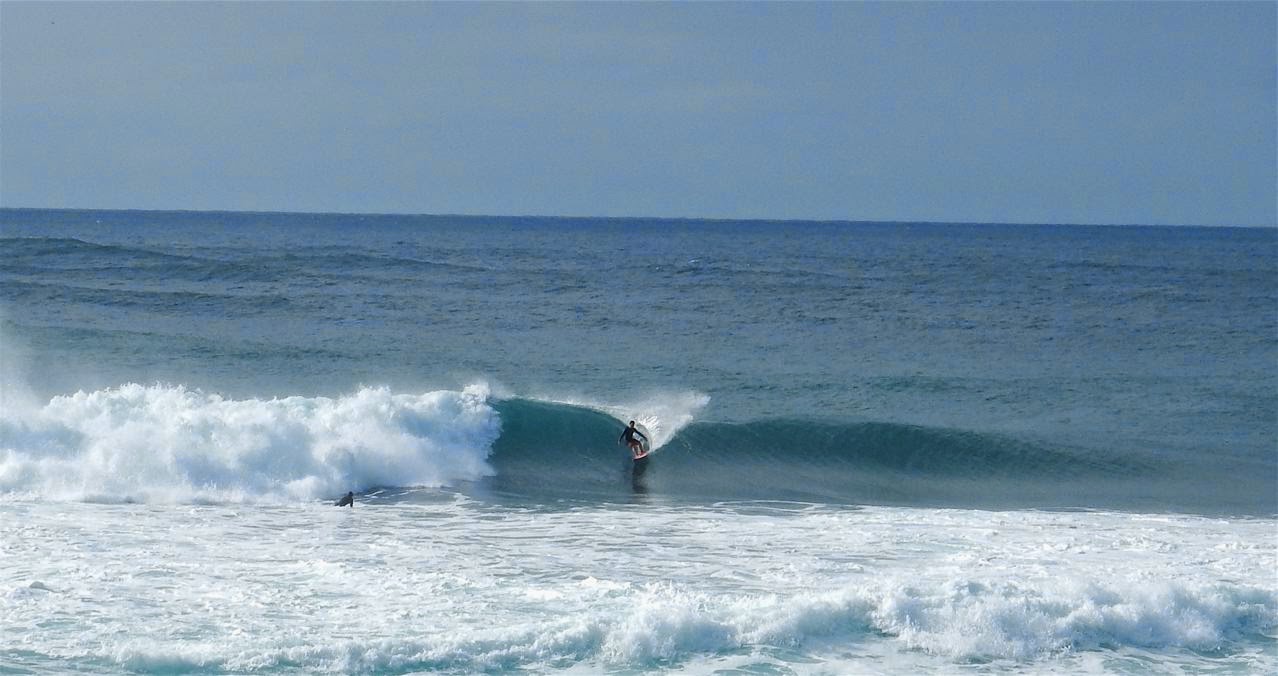 On Oahu's North Shore we watched at the Banzai Pipeline, Sunset Beach and Waimea, three of the world's best surfing sites.
I was surprised to see the scope and depth of the "surf culture" and joked about the traffic and jammed parking, "does anyone work up here?" 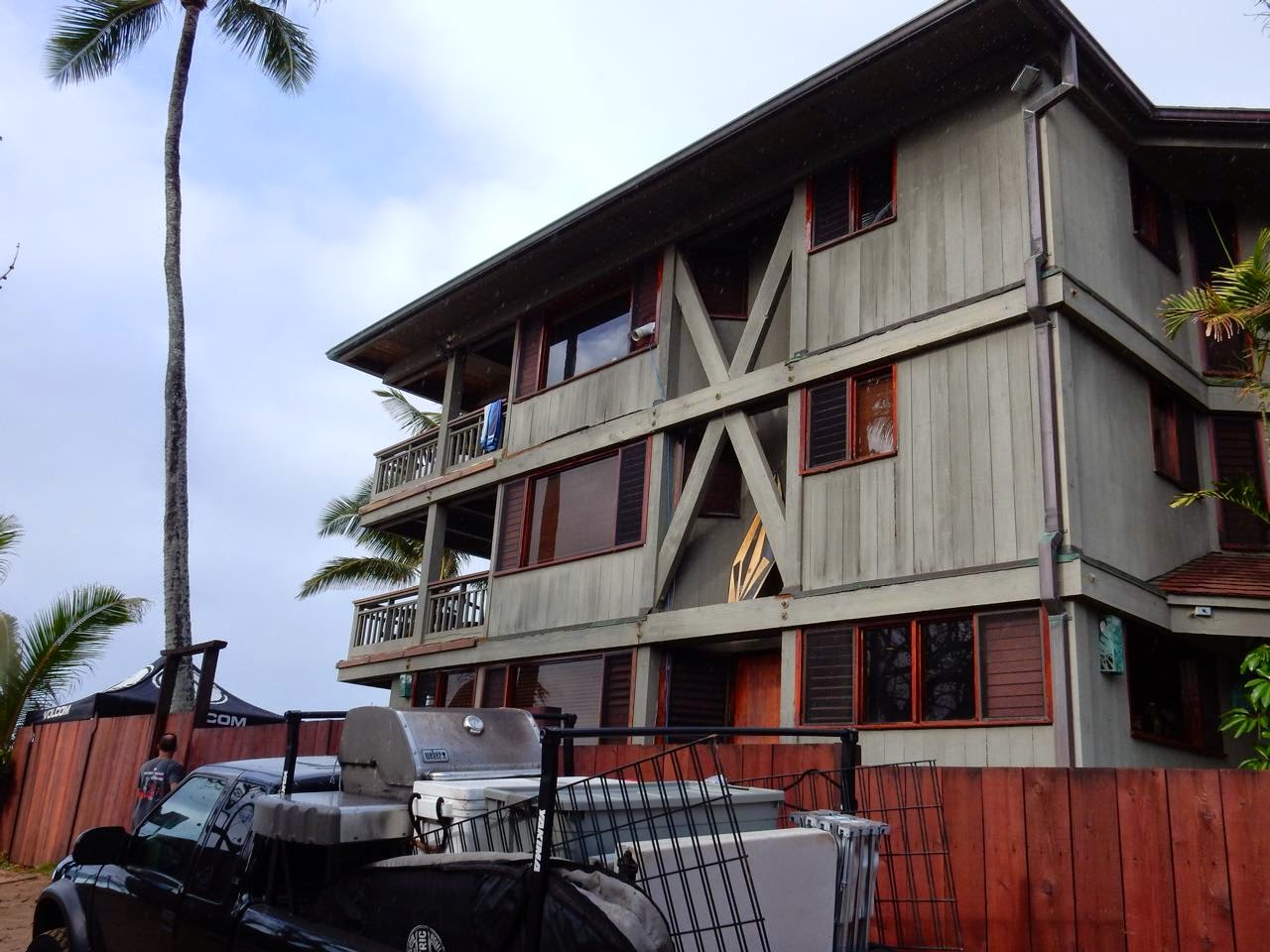 At least some do, as professional surfers. Several "surf shacks" commercially owned homes housing professionals, sit along the Pipeline. 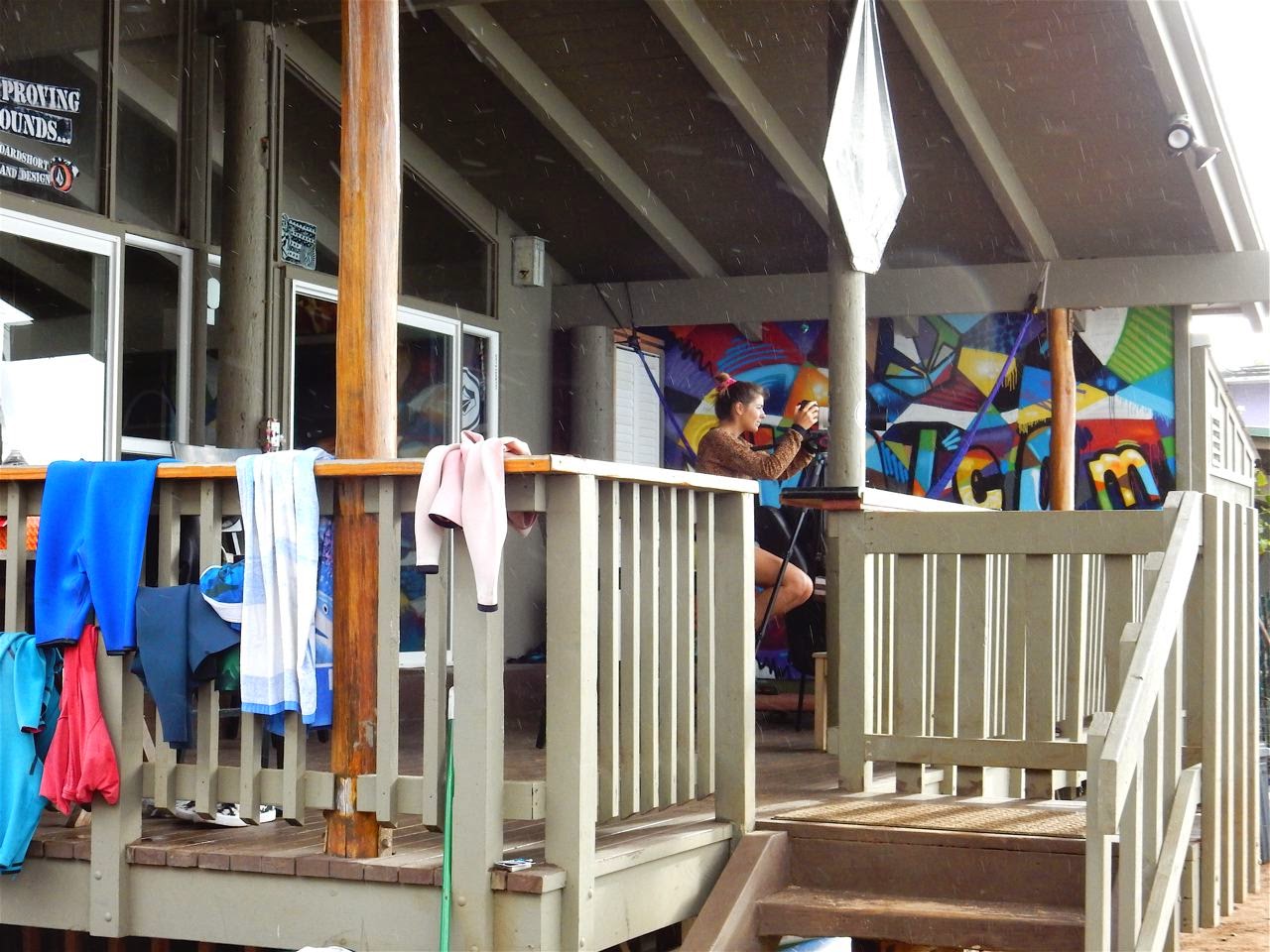 They compete, do product endorsement appearances and live only feet from some of the best surf in the world.

A few of the pros are veteran champions. 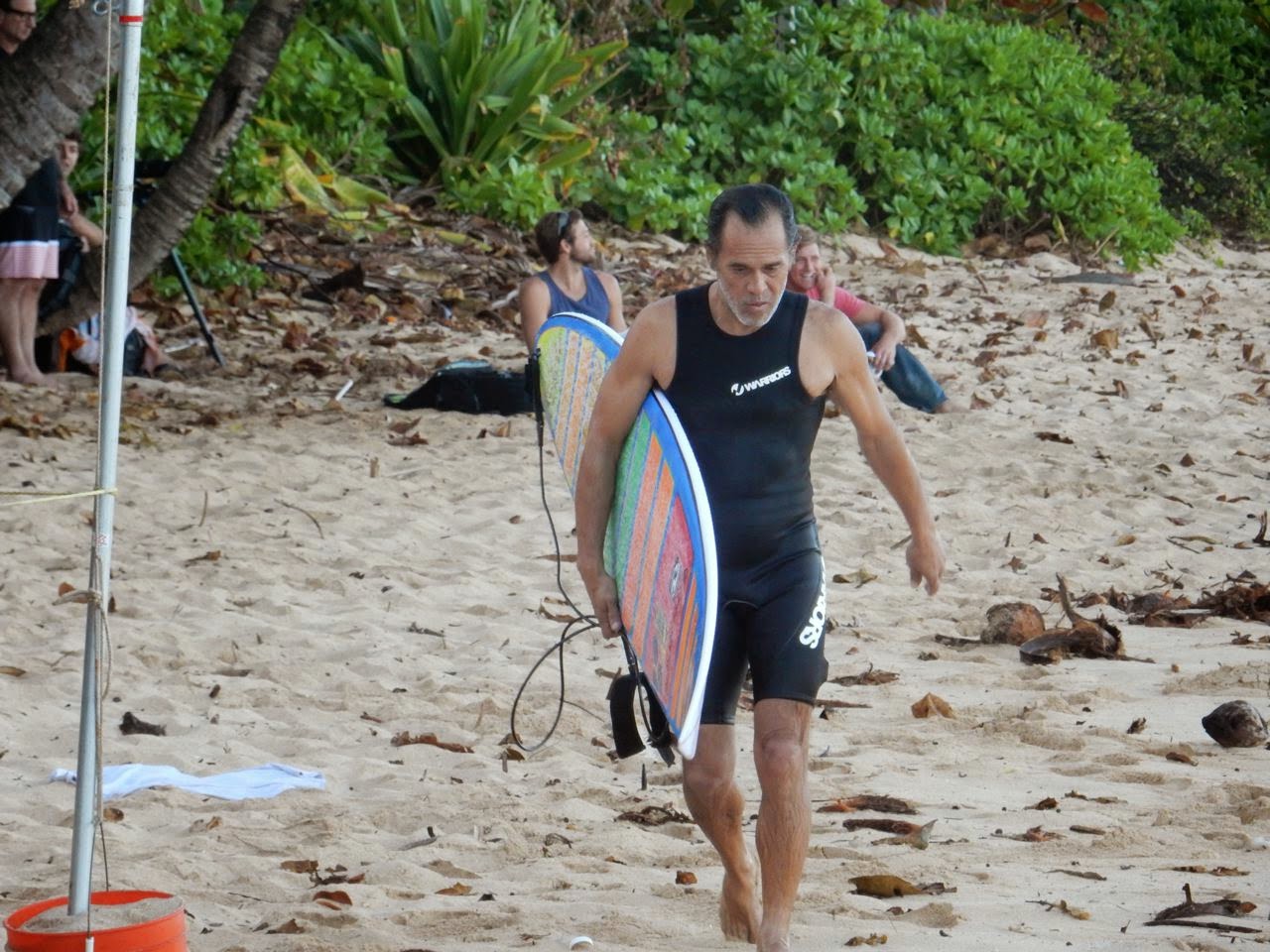 Followed by many young chargers 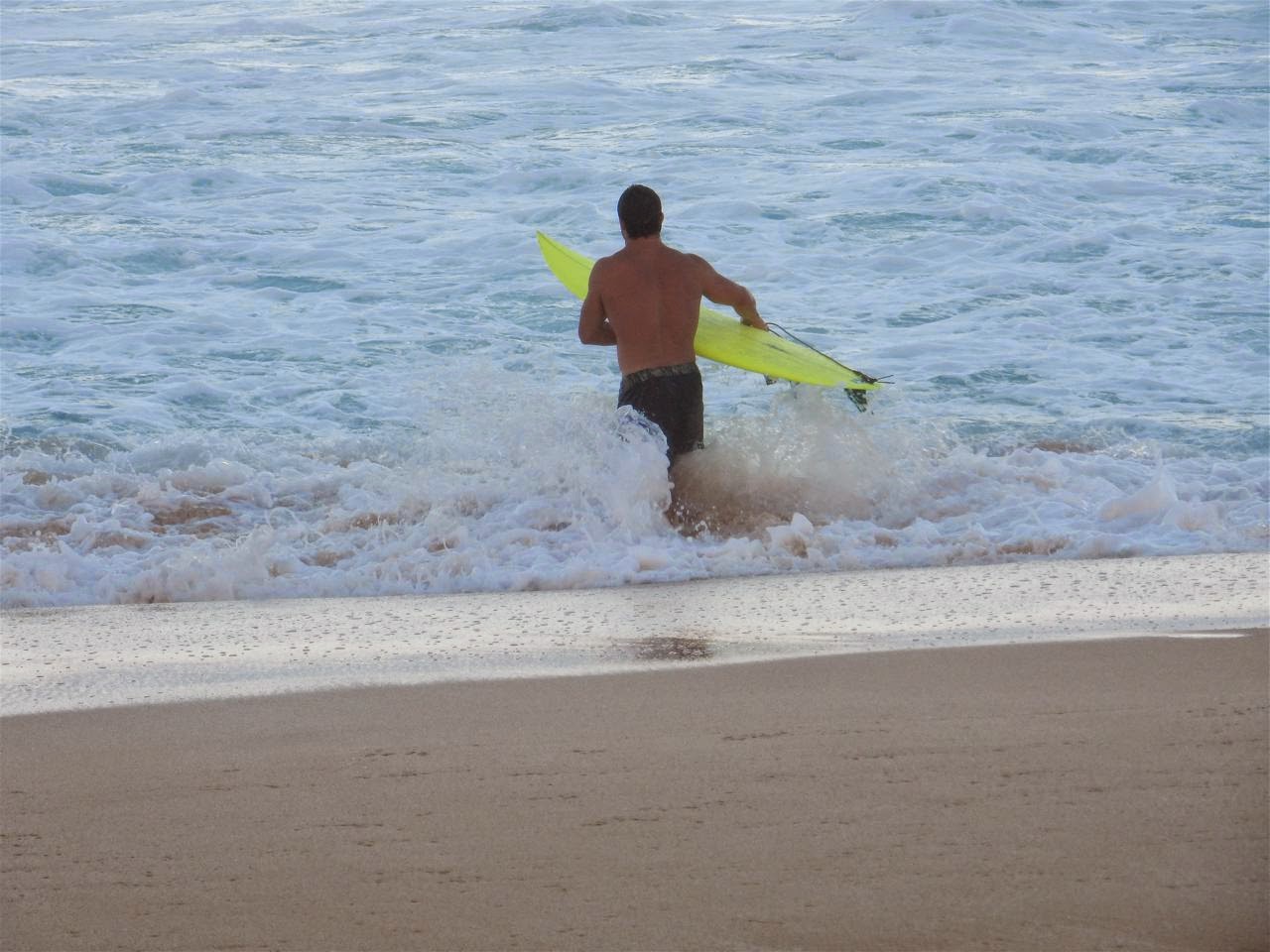 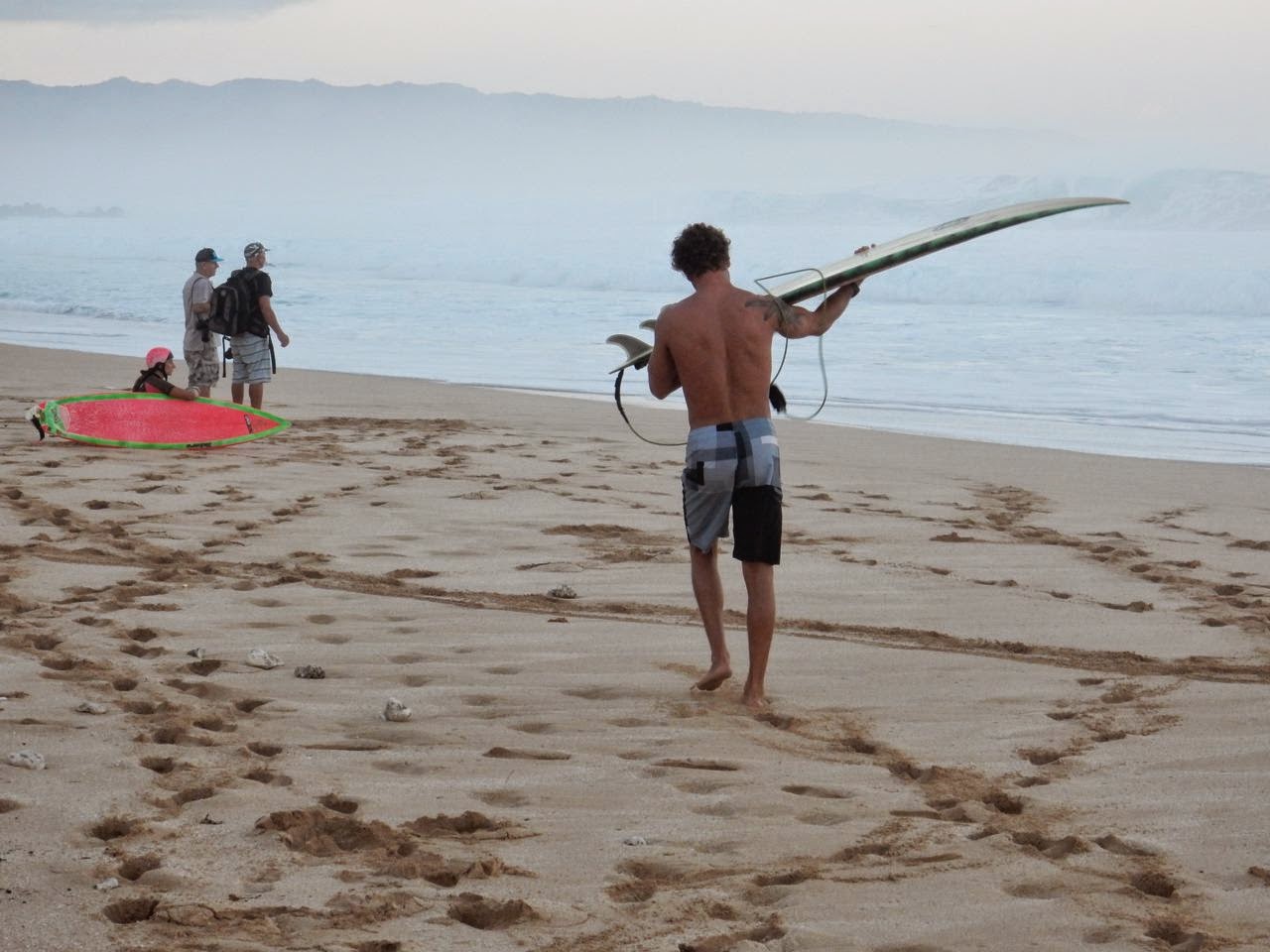 During the winter on the north shore they are well observed 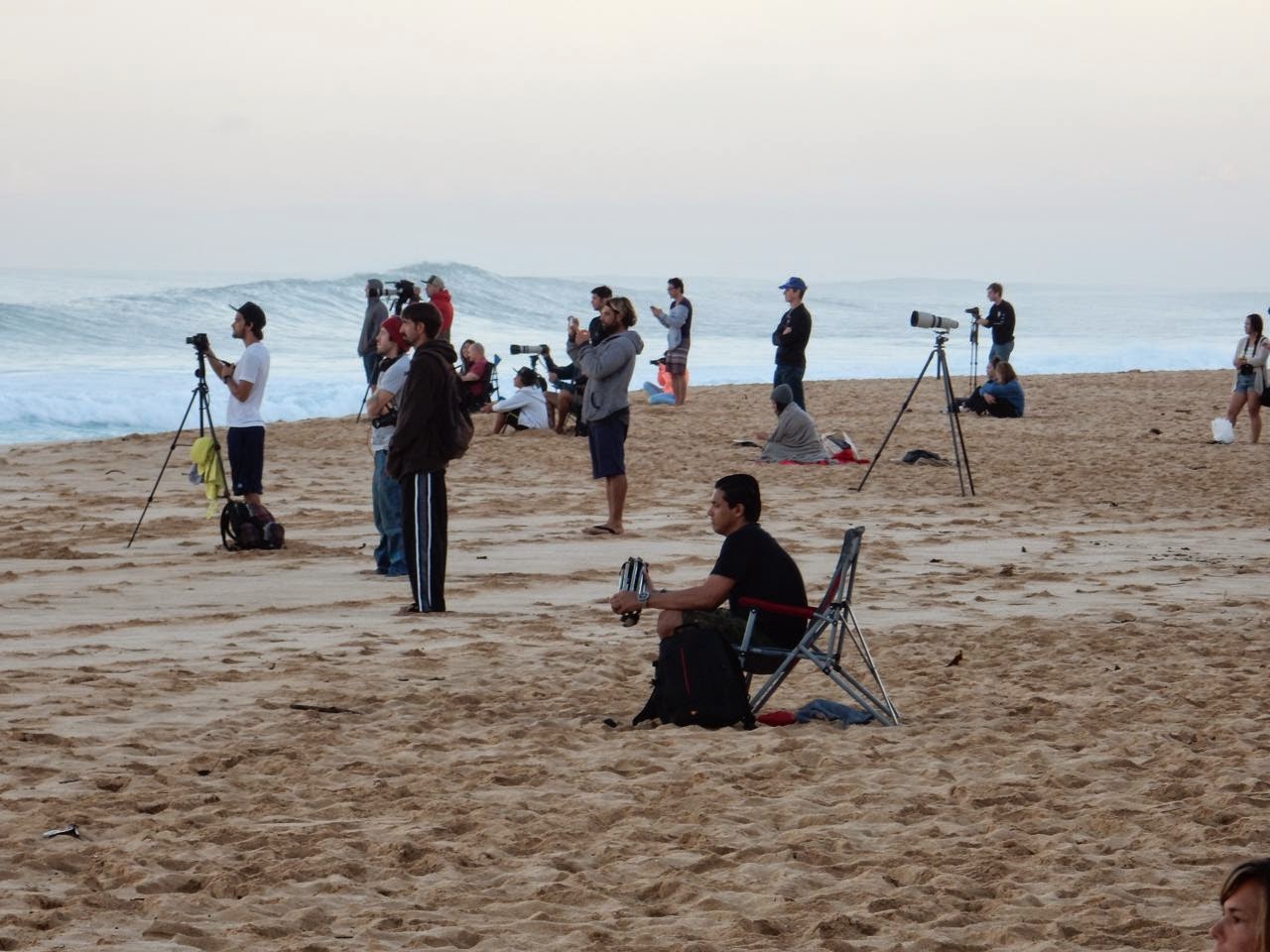 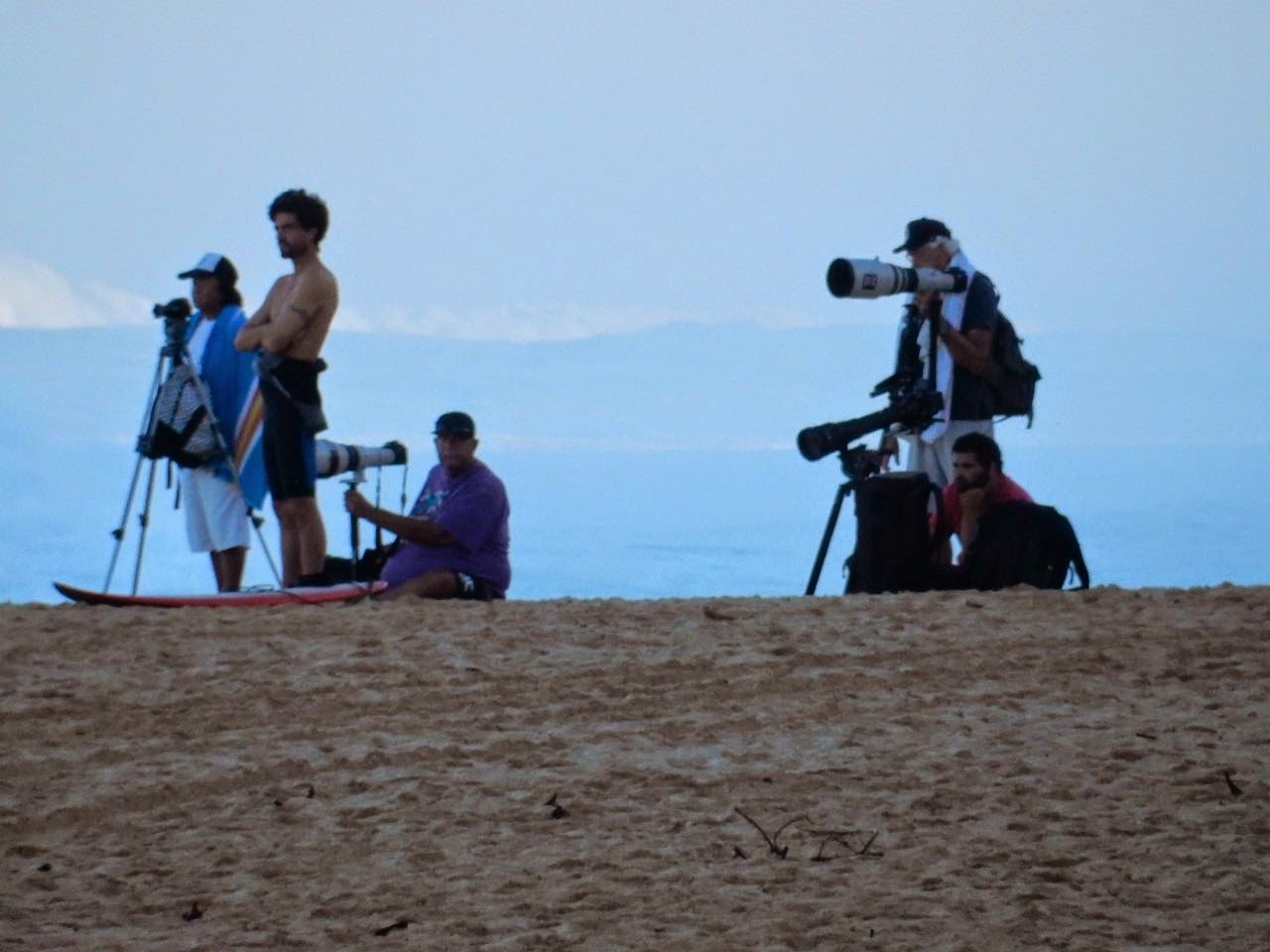 Even watching can come with potential difficulty. The next two frames are a case in point.  I took the first shot at the end of the steps leading to the Pipeline. My friend Jim shot the second frame a day earlier when those rocks and stumps were being used by professionals shooting a competition. 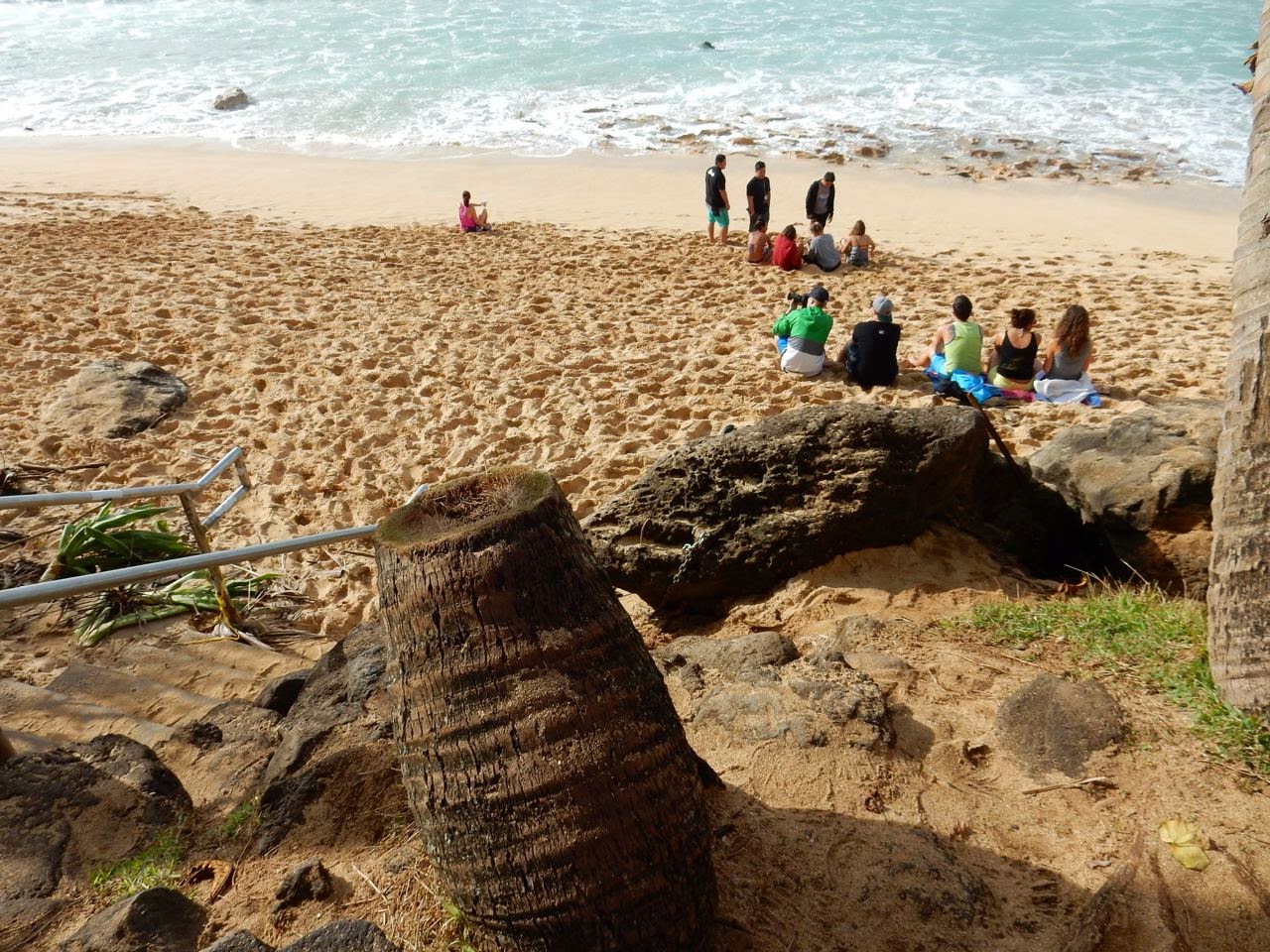 The people above are unsuspecting of how quickly the beach can change.  The pros below will remember, and fishing for their gear. 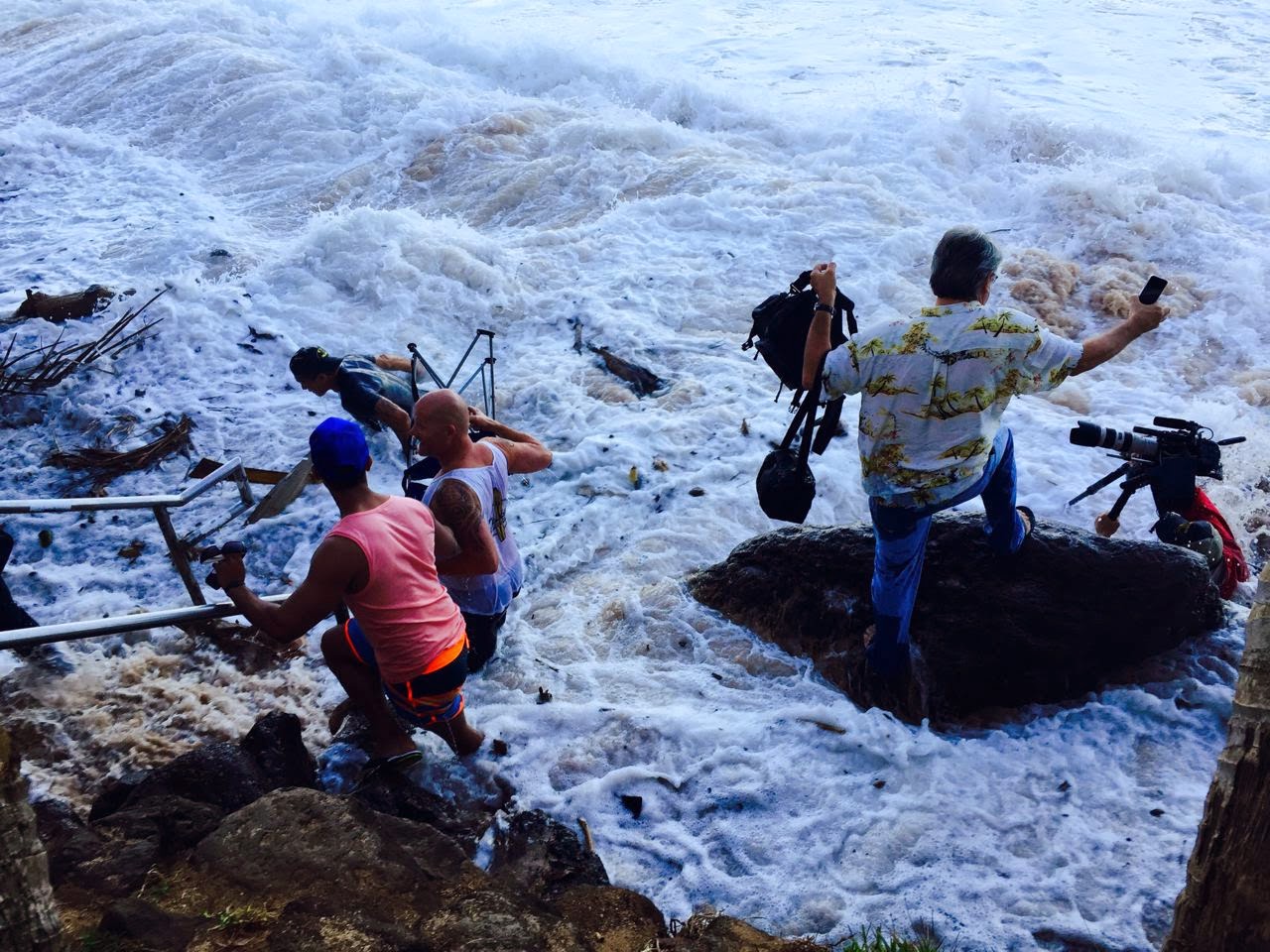 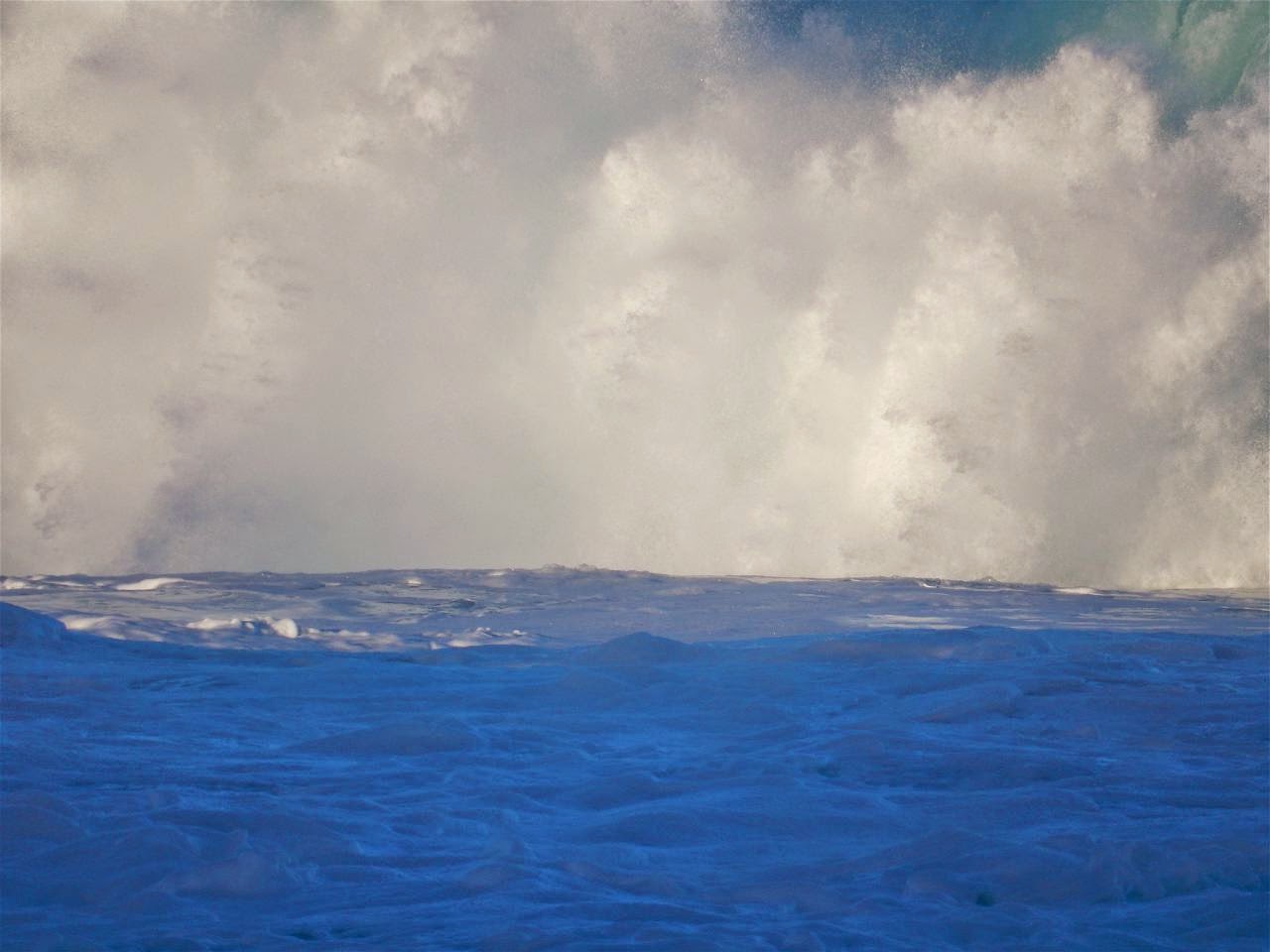 So yea, it's exciting and the rides look thrilling, even appealing.  But this boomer knows his own limited abilities and respects the power of the sea. 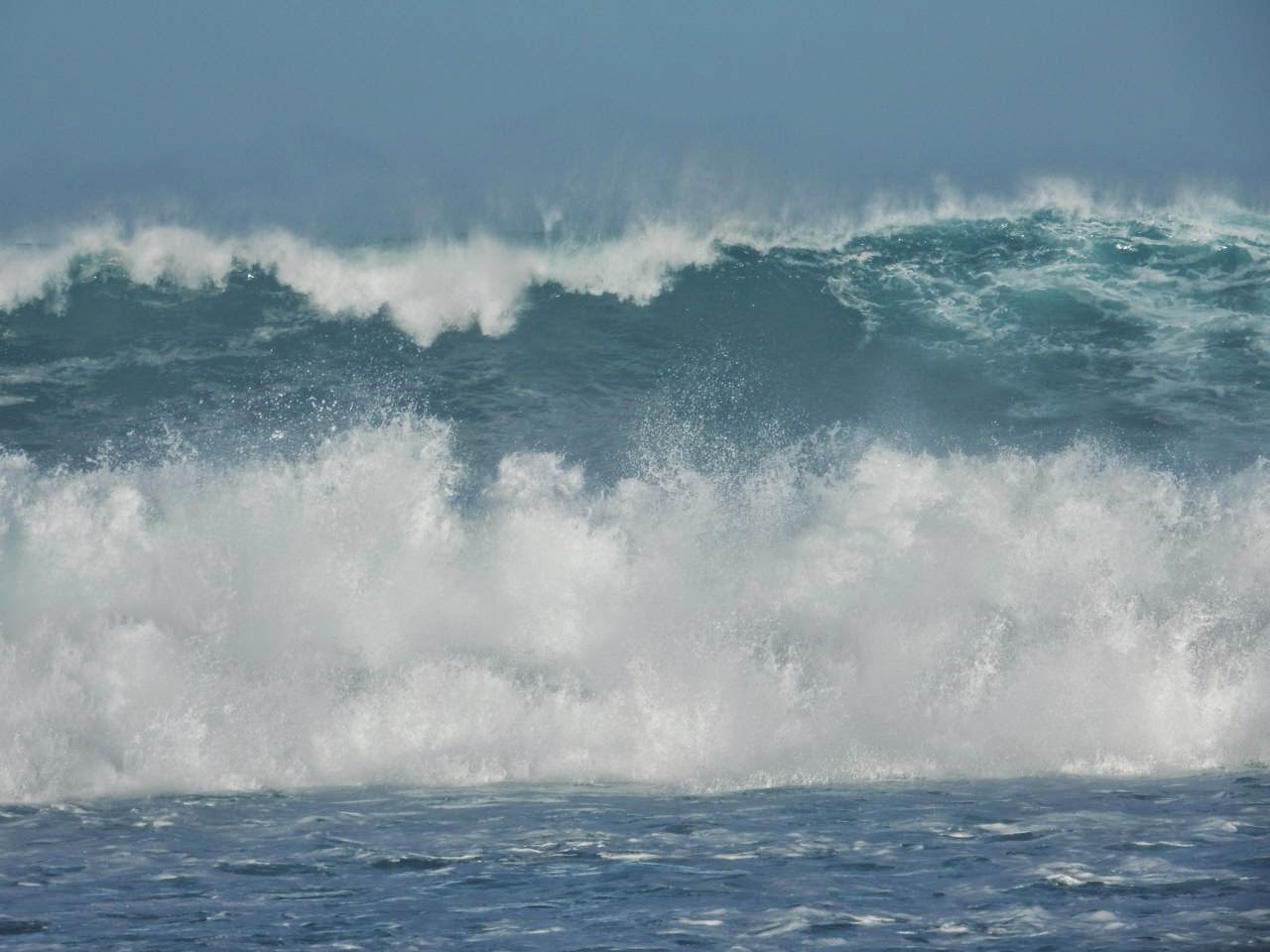 The best I can offer you are pictures, from a safe distance and my admiration for those who catch a wave.