THE FREE SHOW AND ENDANGERED 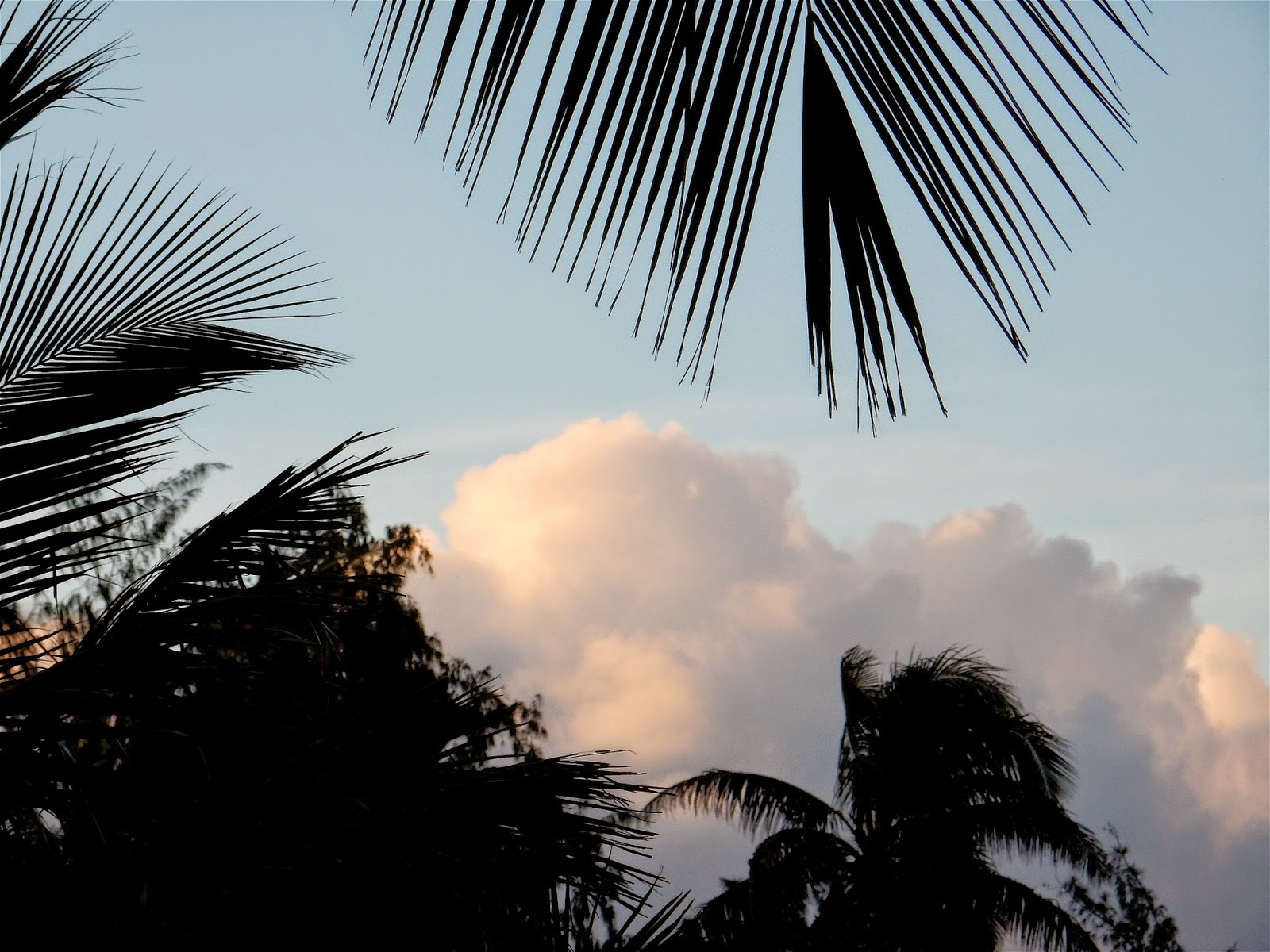 One summer after I had complained about "nothing to do" my mom said why don't you go outside and just watch the clouds. All these decades later, I'm still watching. 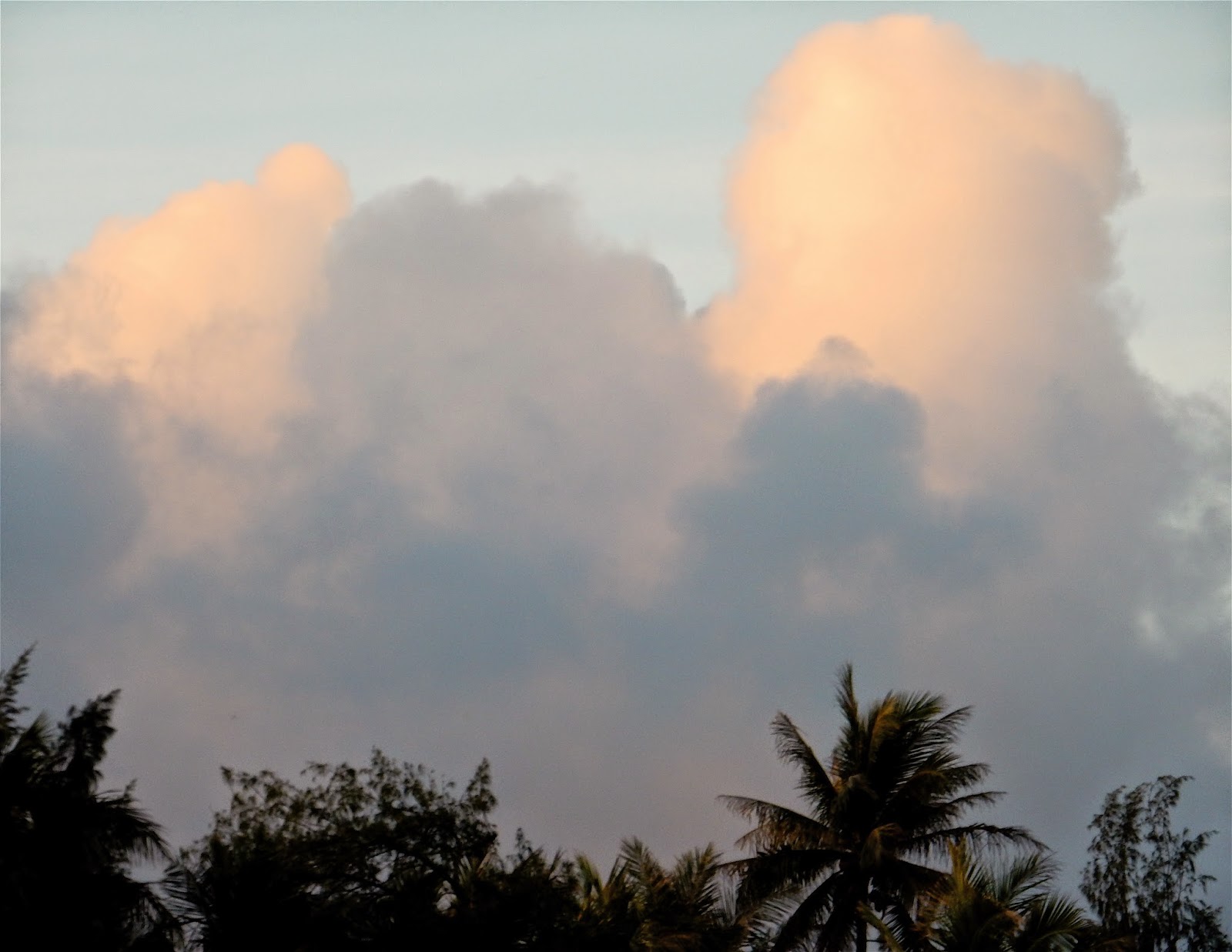 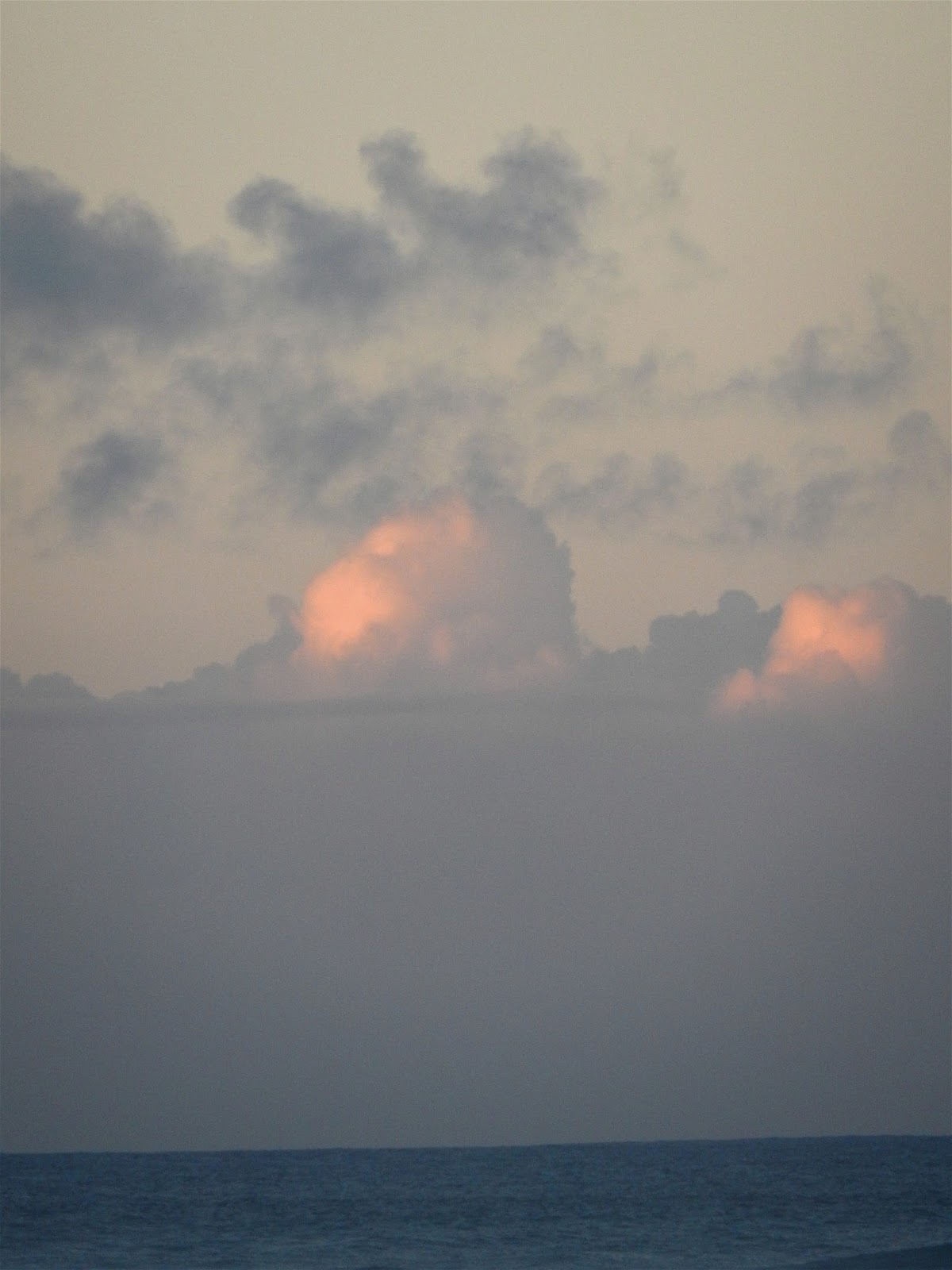 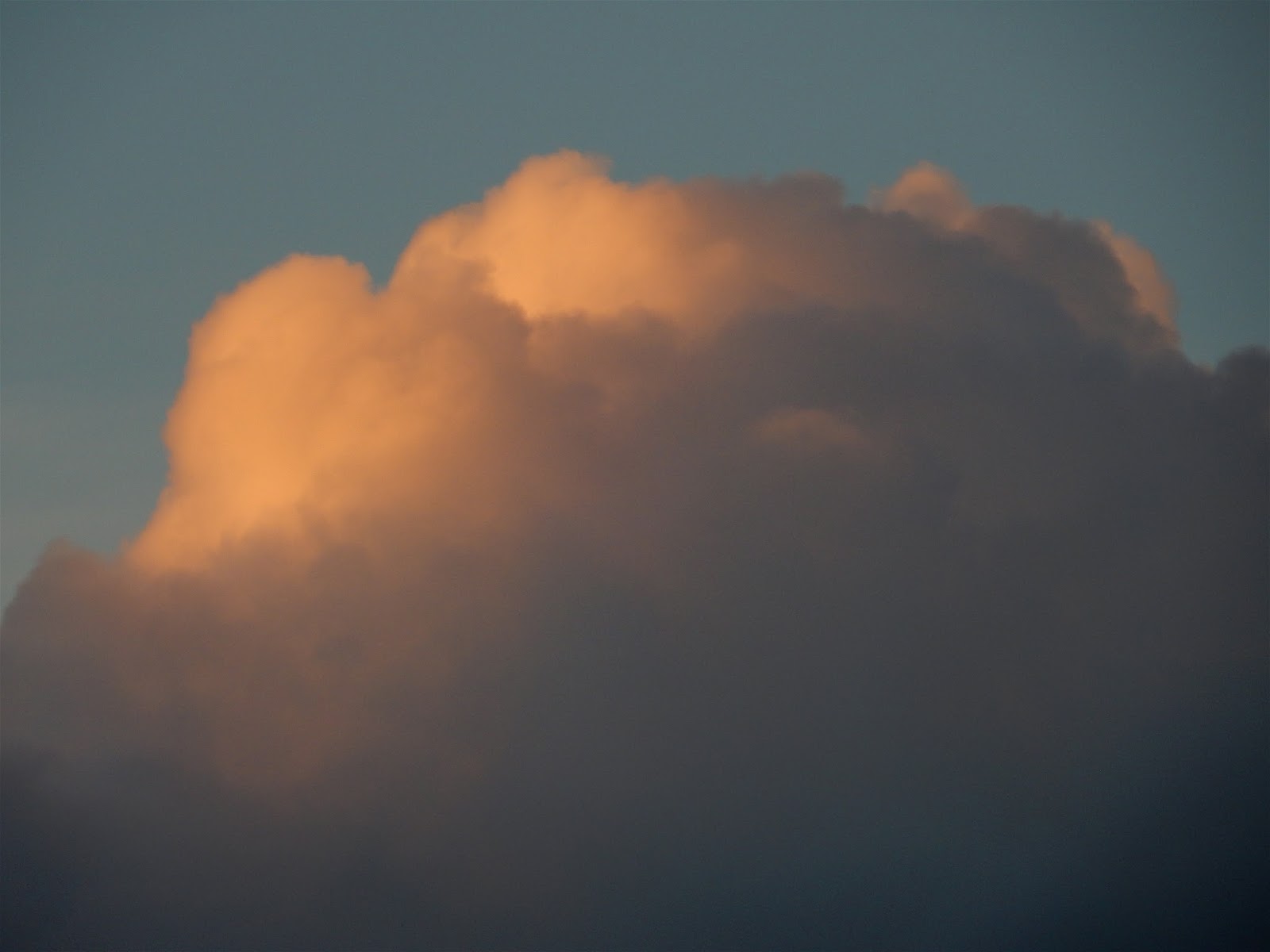 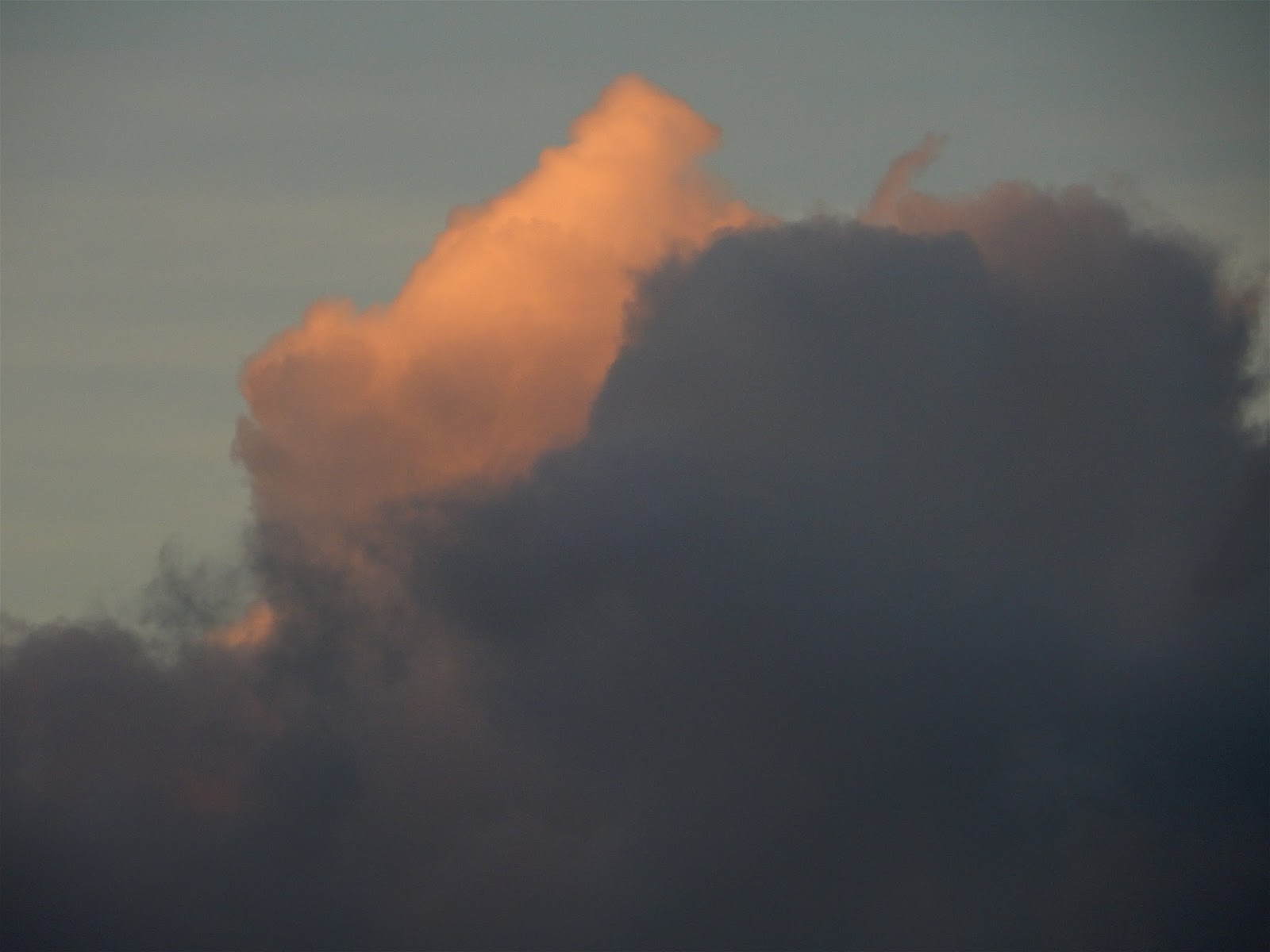 Sometimes there is nothing better for you than just watching them.
PEEK-A-BOO PEACOCK 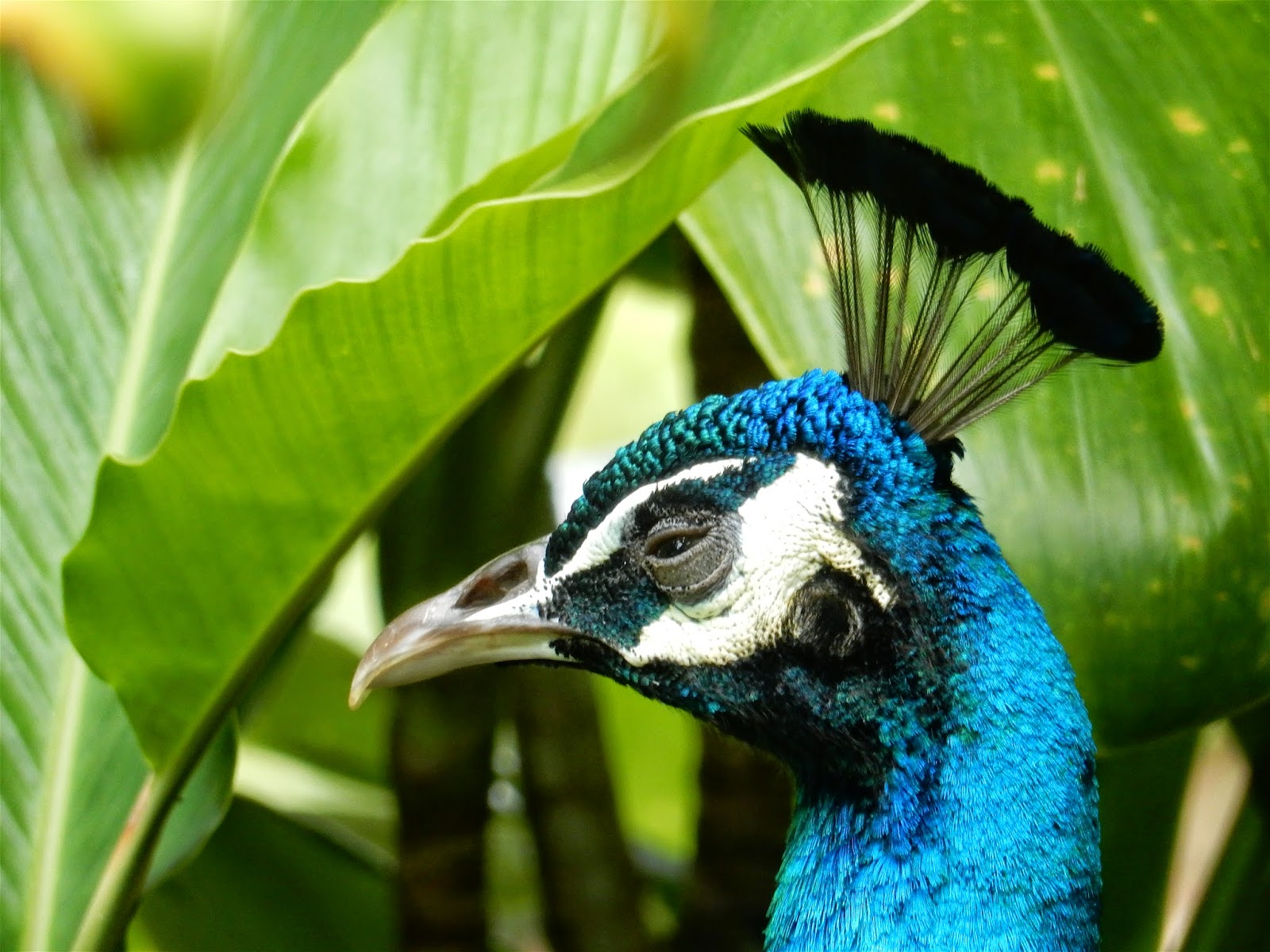 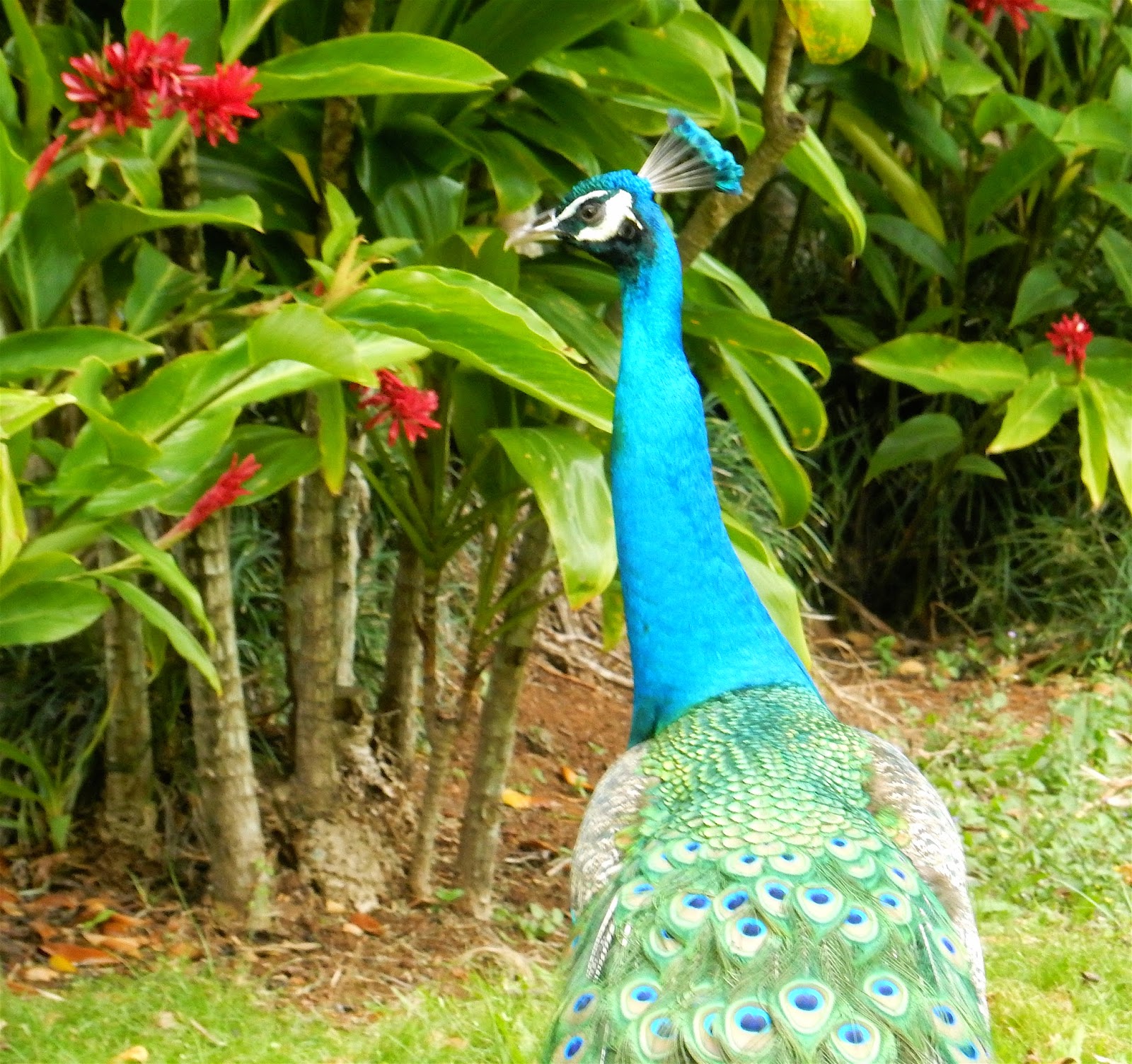 about being stalked by yours truly.  Hoping for a fan spread but left with trying to spot the retiring bird in heavy foliage. 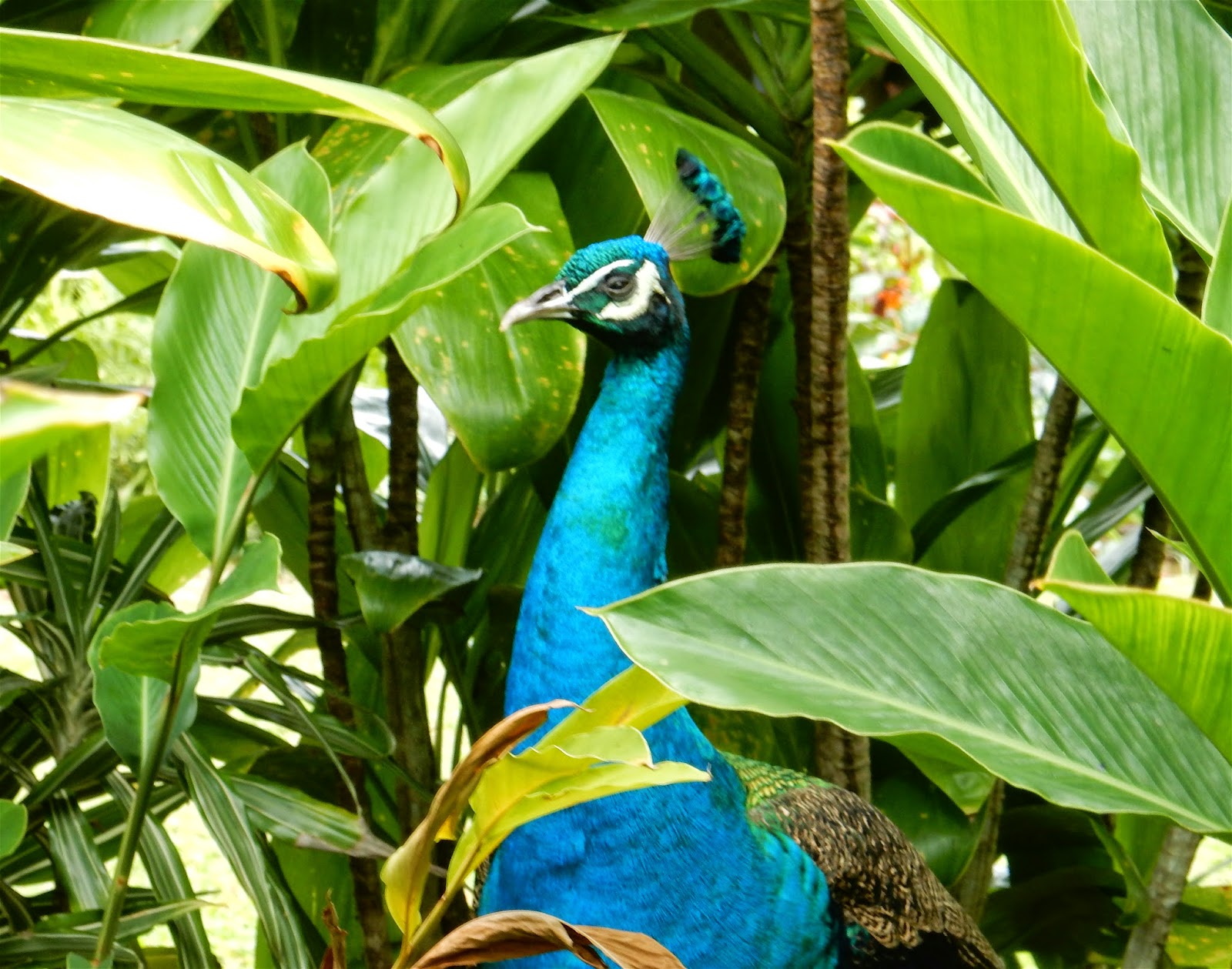 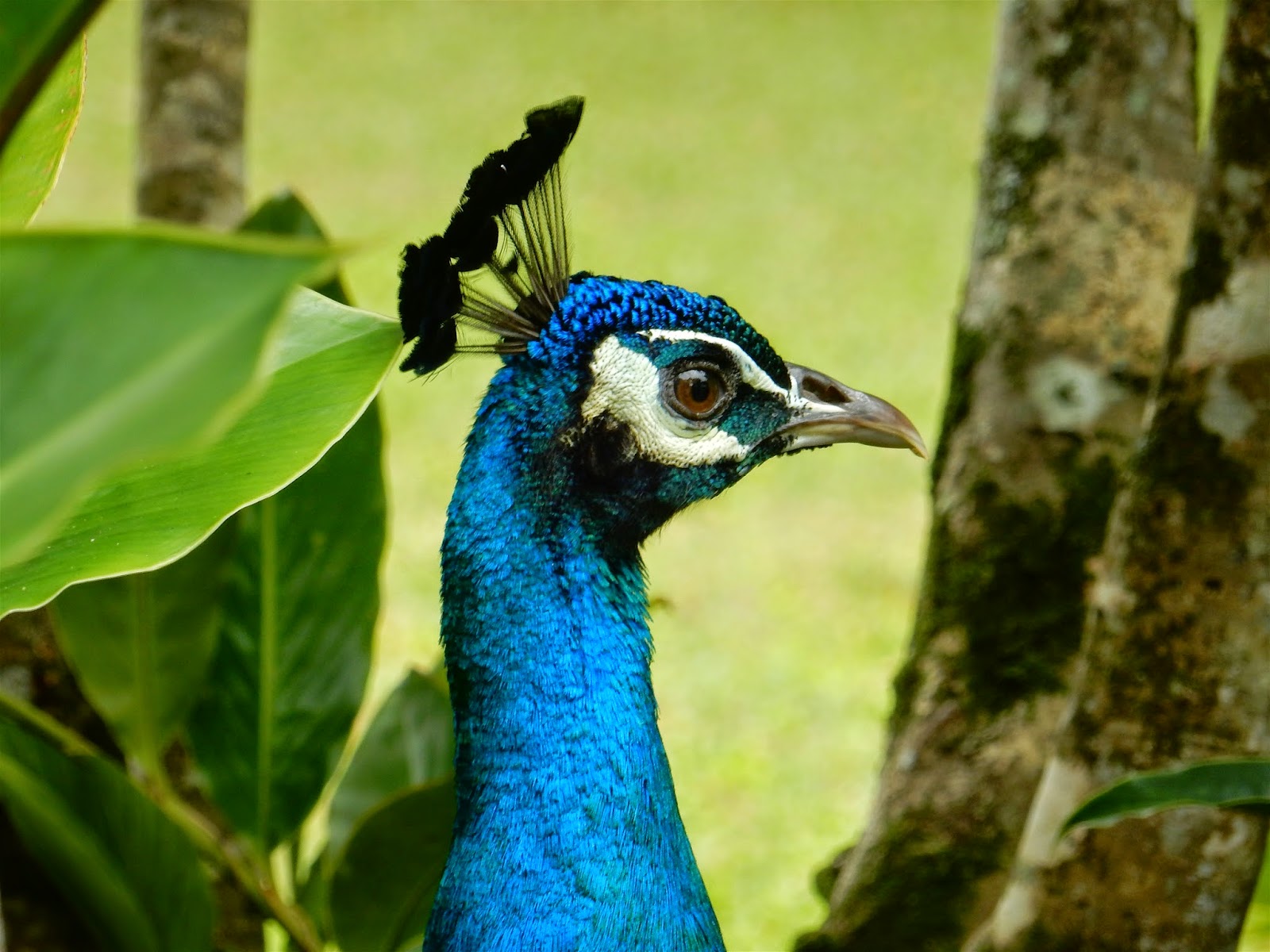 His crown feathers are fascinating. 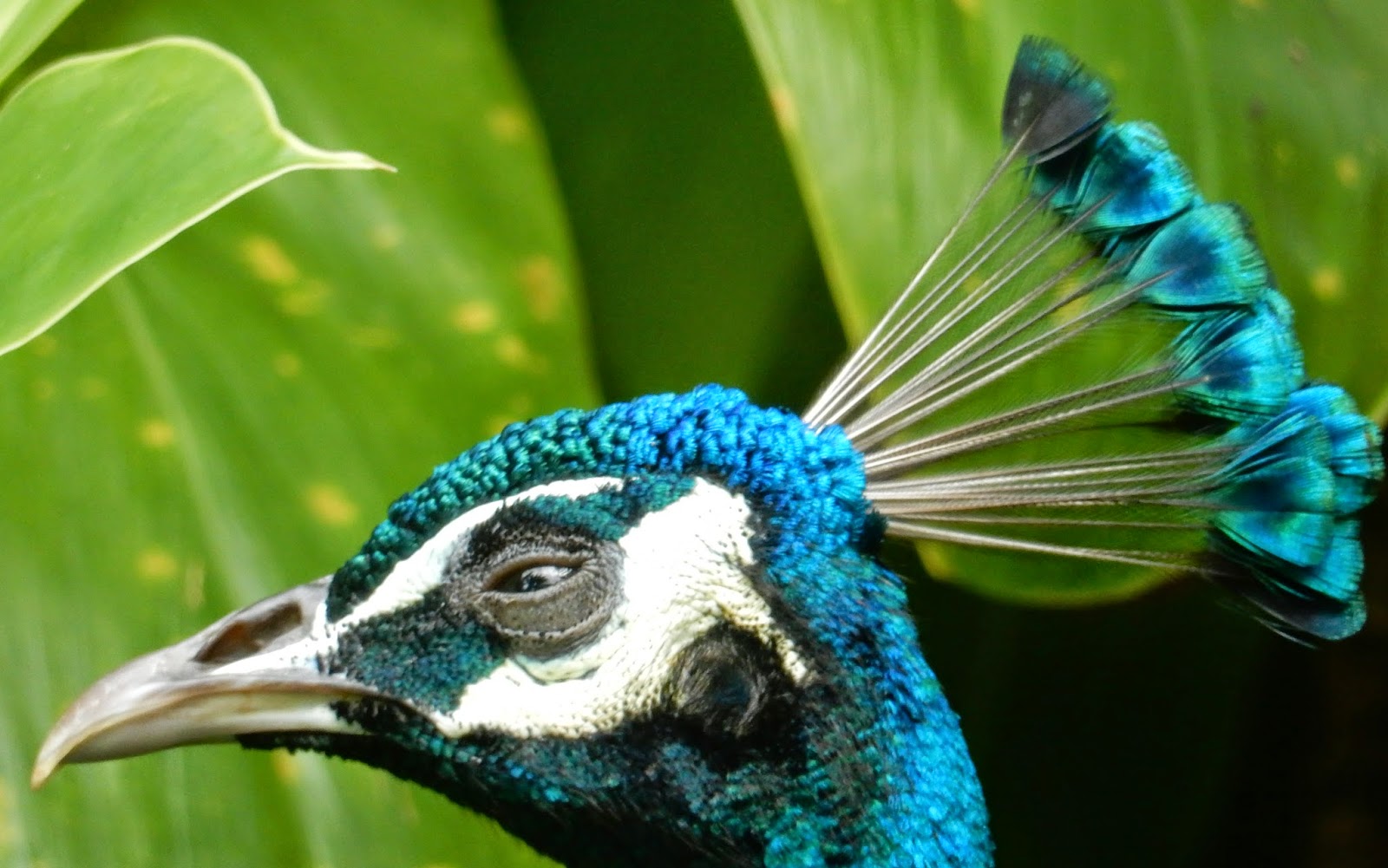 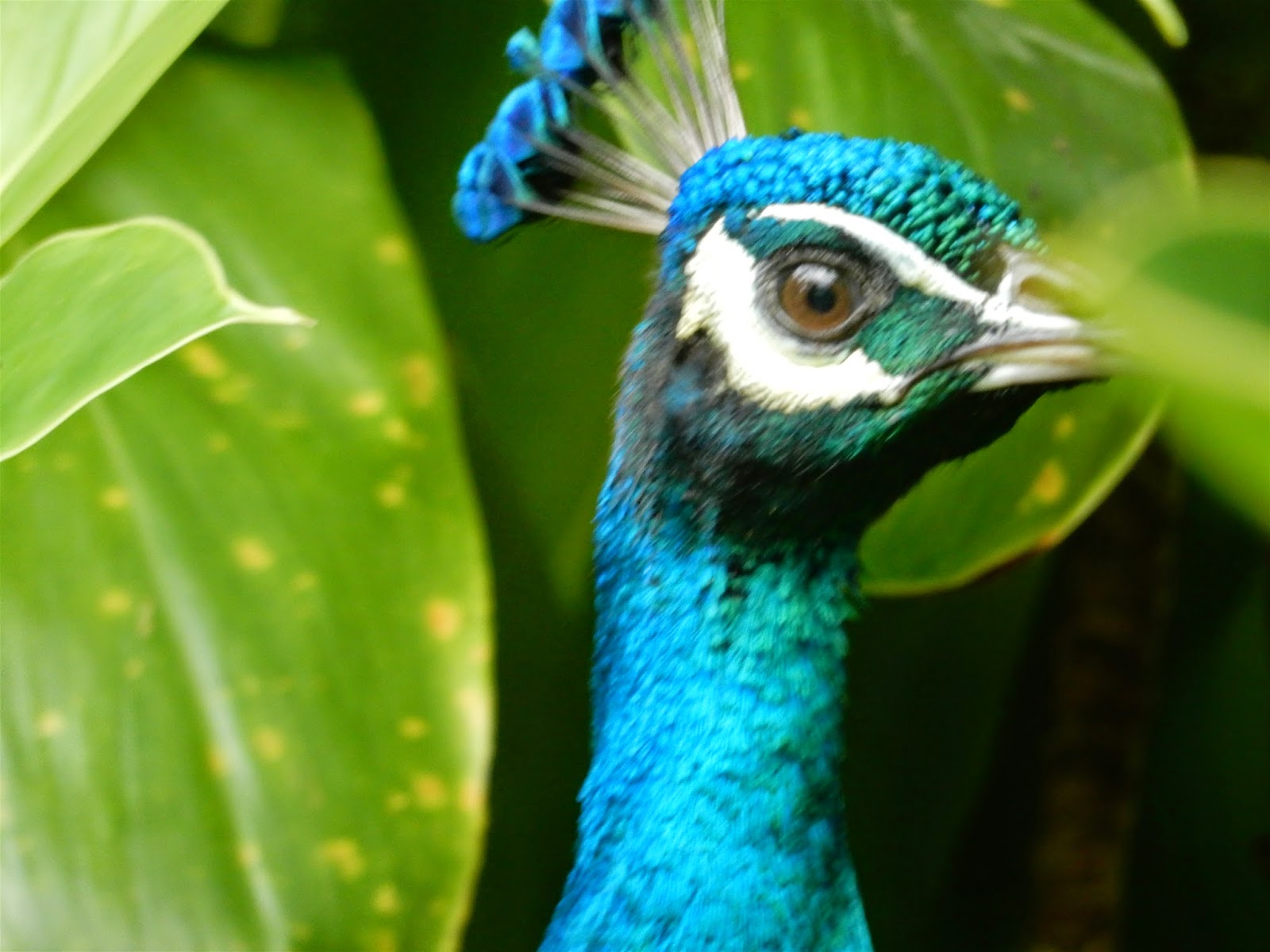 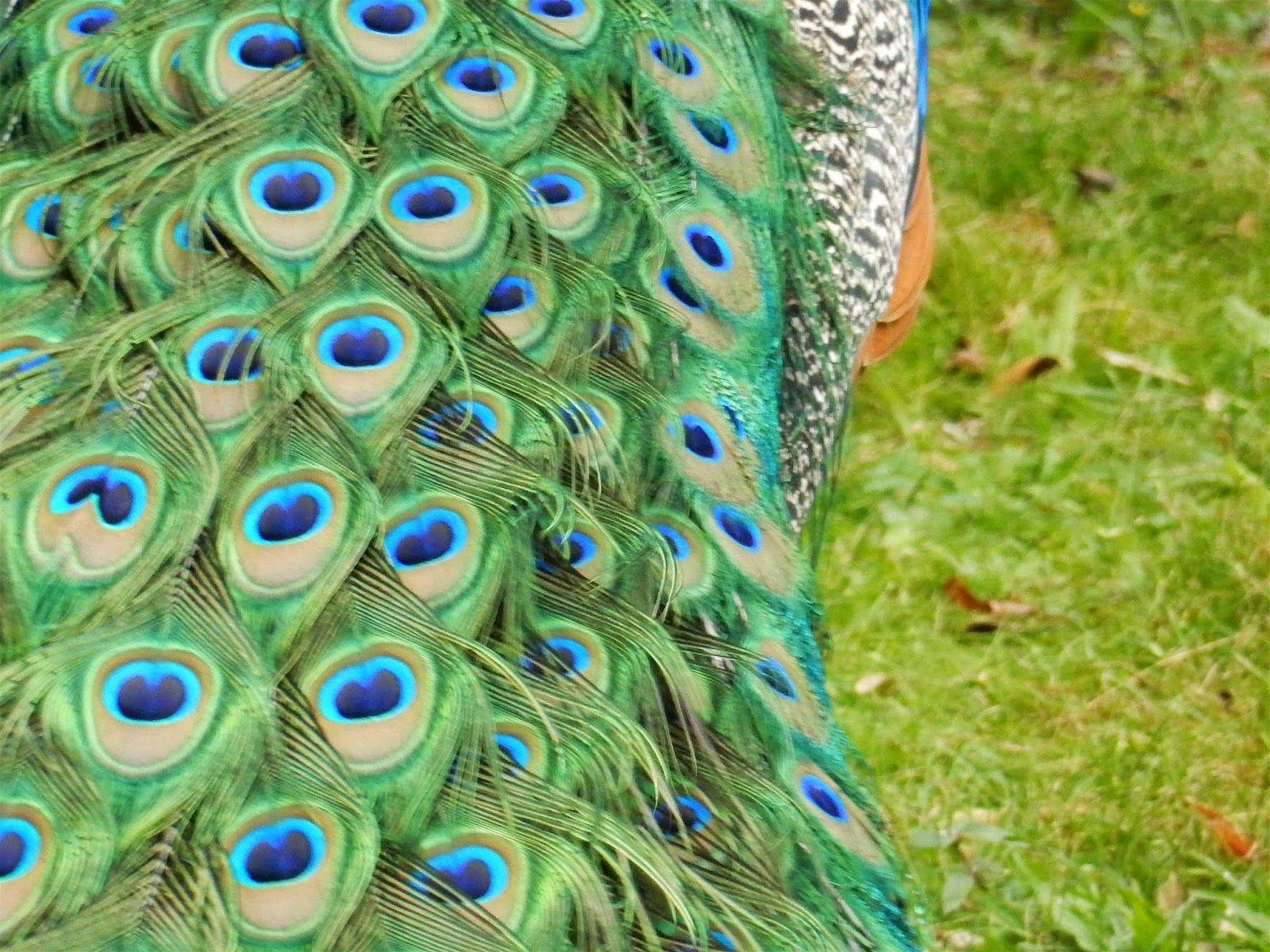 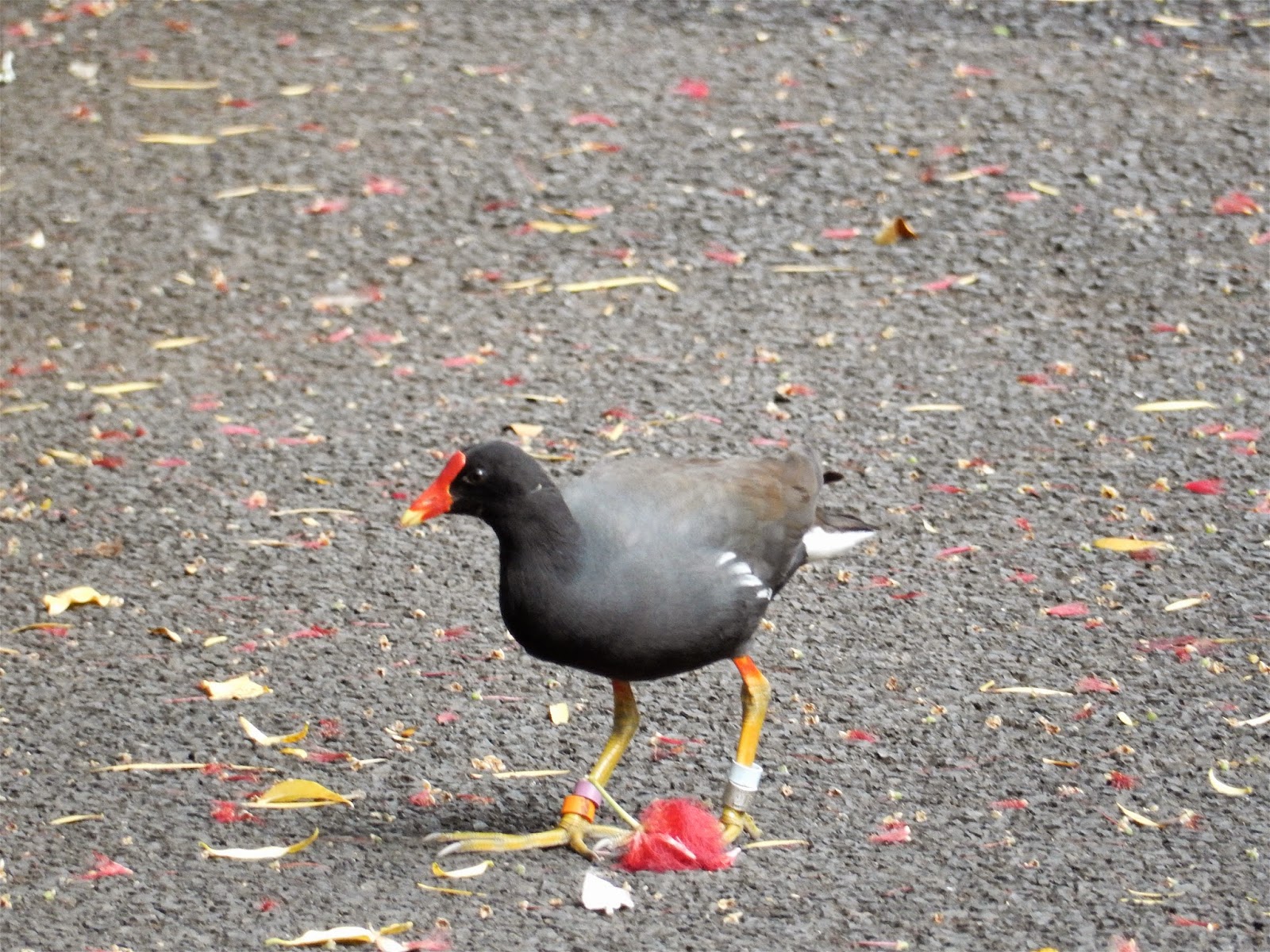 The Hawaiian Common Moorhen is considered a secretive bird. Experts say the population dropped to only 57 birds in the 1960's.  Today it's estimated there may be 1000. 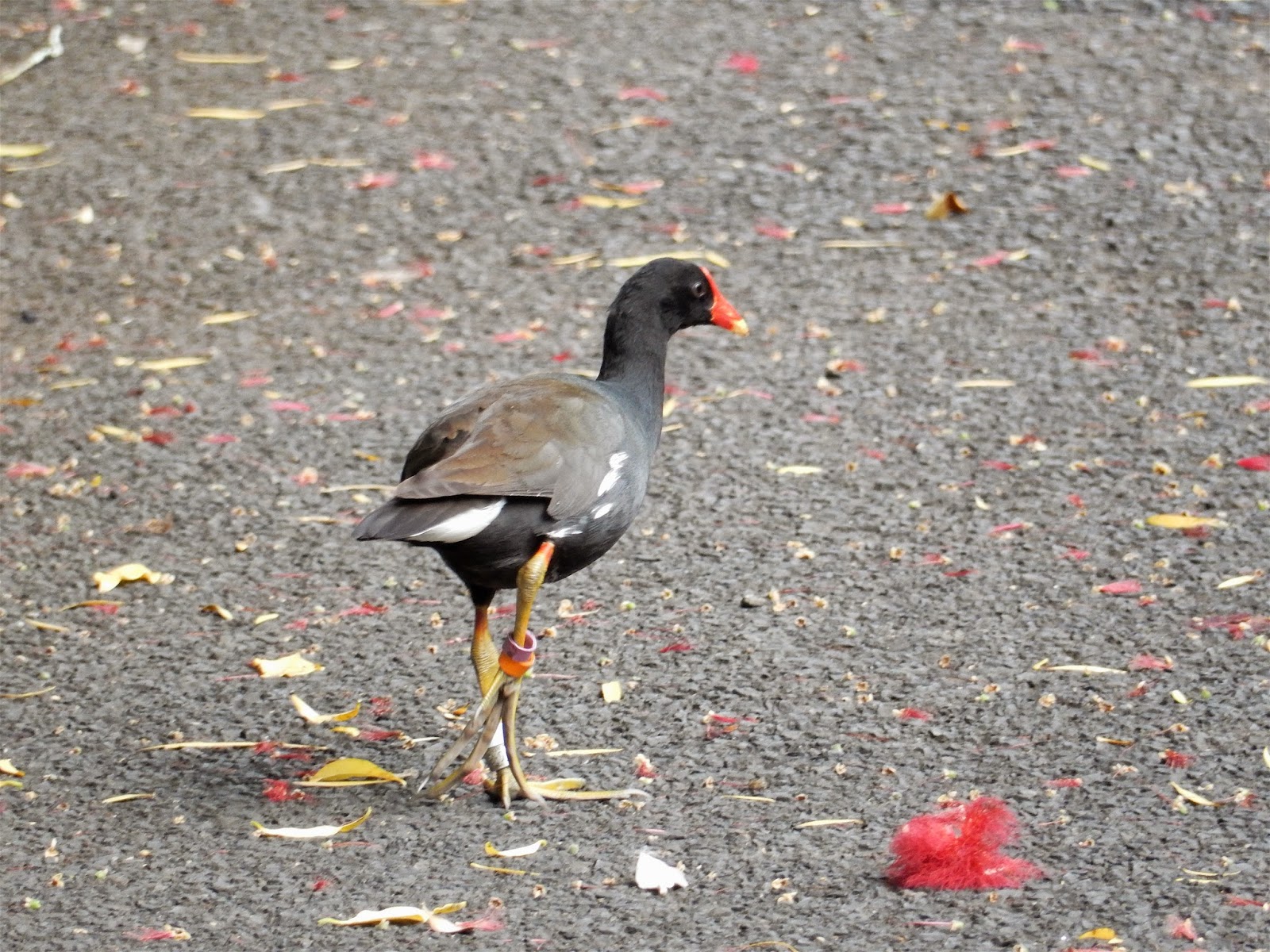 It's a challenge to consider there are only 999 others like him, or her. 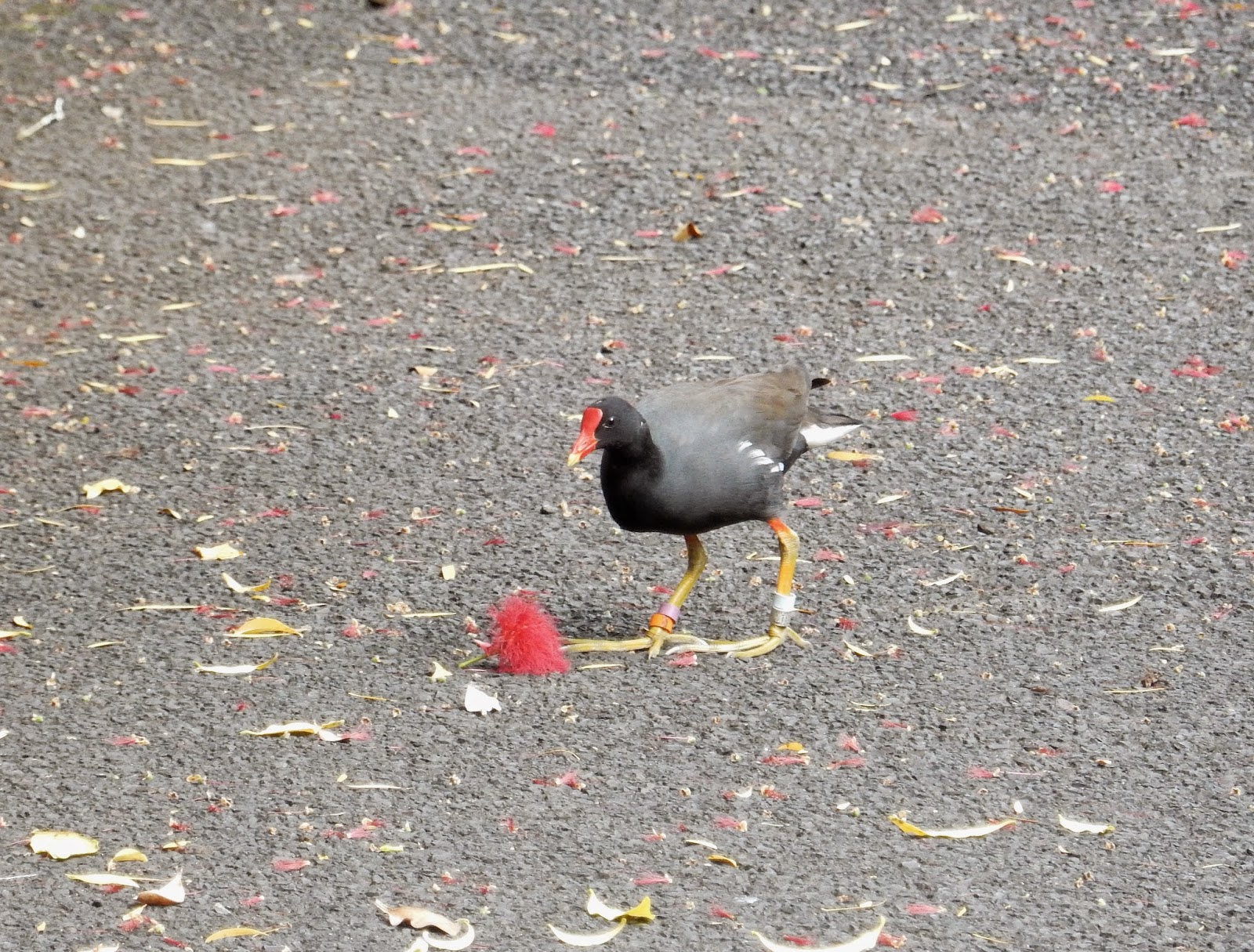 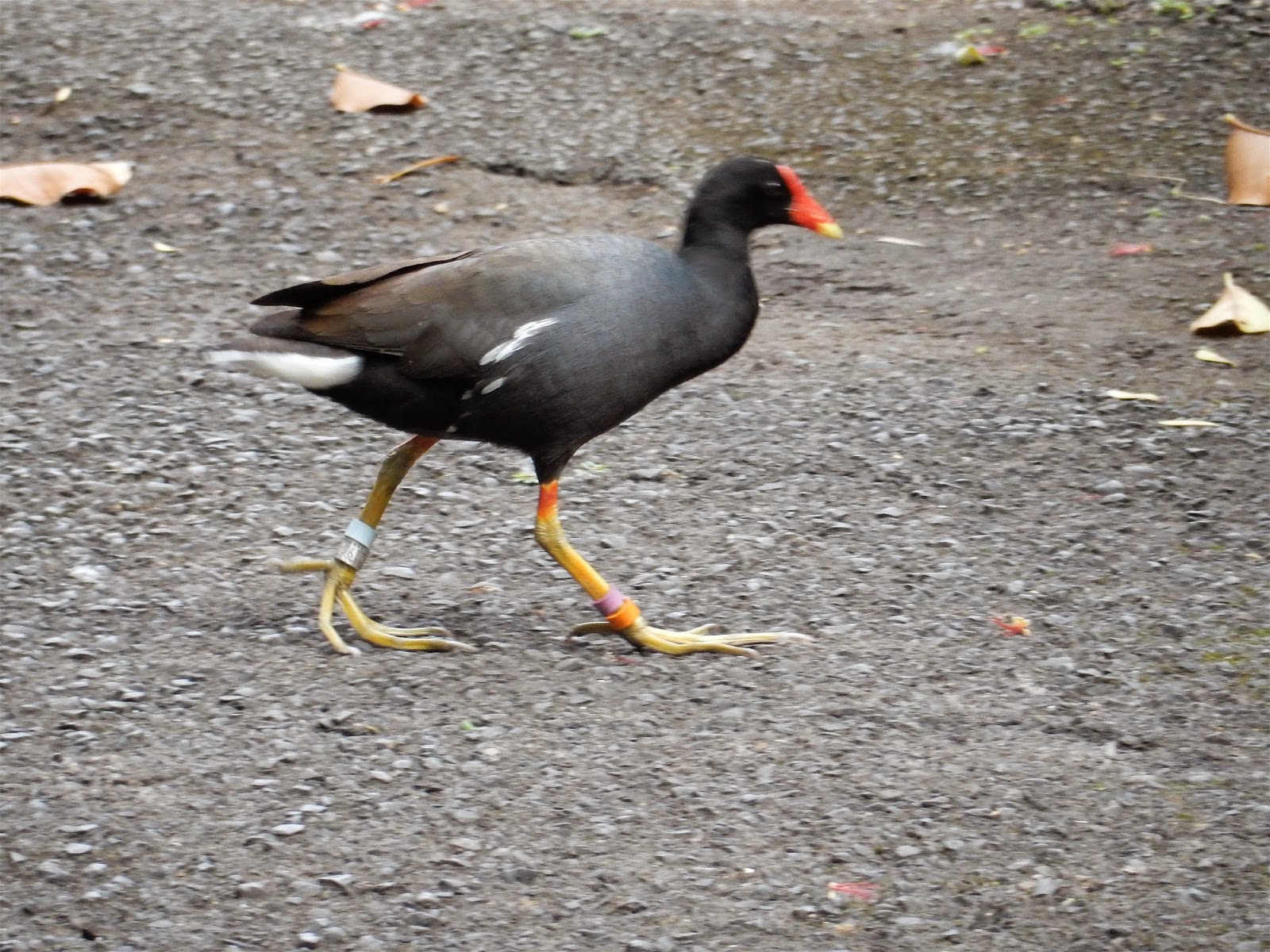 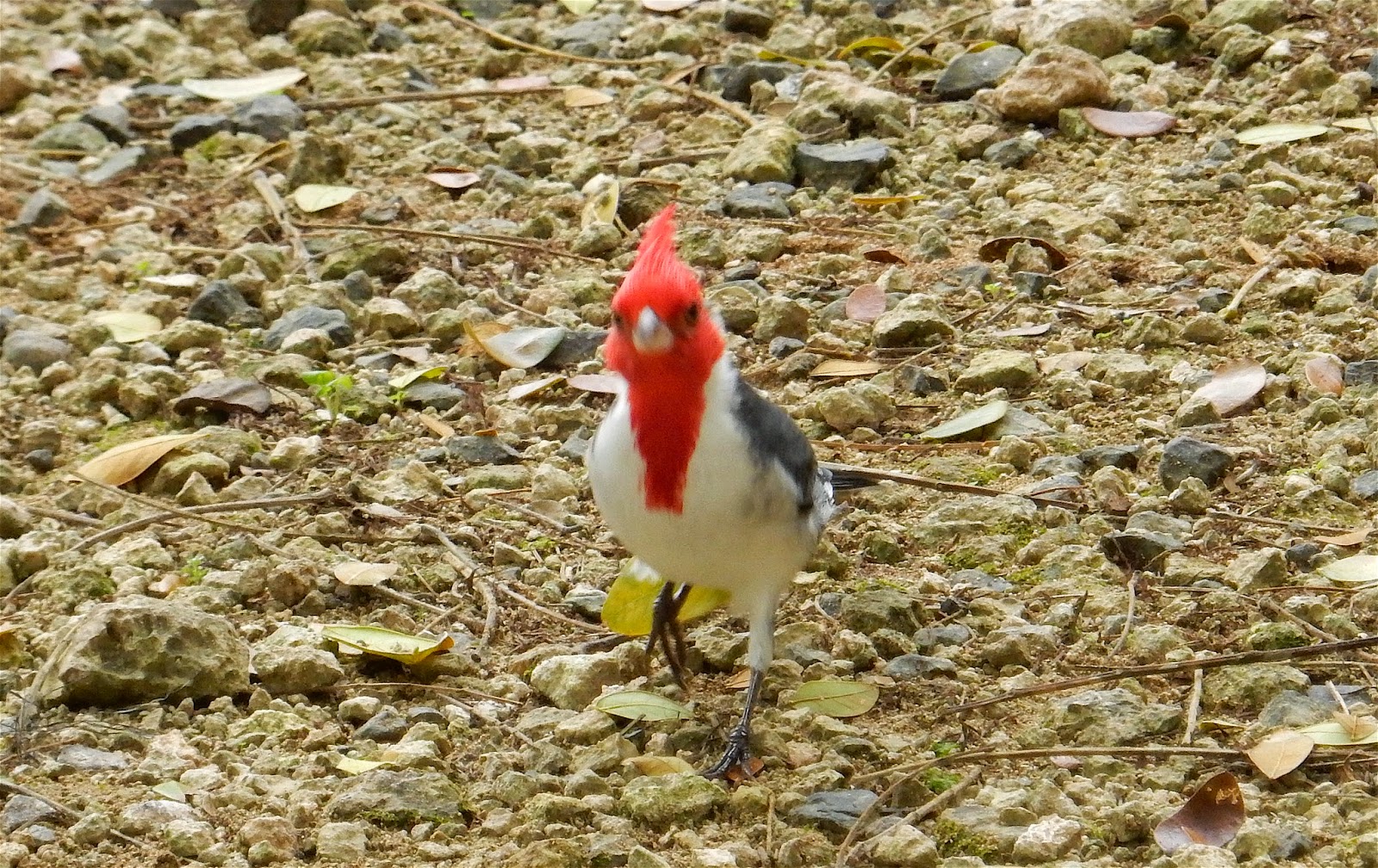 This little guy, a little soft in focus, is a Red Crested Cardinal. He's a cute variation of the Cardinal, the Indiana state bird and mascot of my alma mater Ball State University.  There the male cardinal is full on red.  As my old friend David Letterman, also a Ball State grad says, the "Cardinal is the fiercest bird in the Robin class!"  This guy gets style points.
WILD CHICKENS 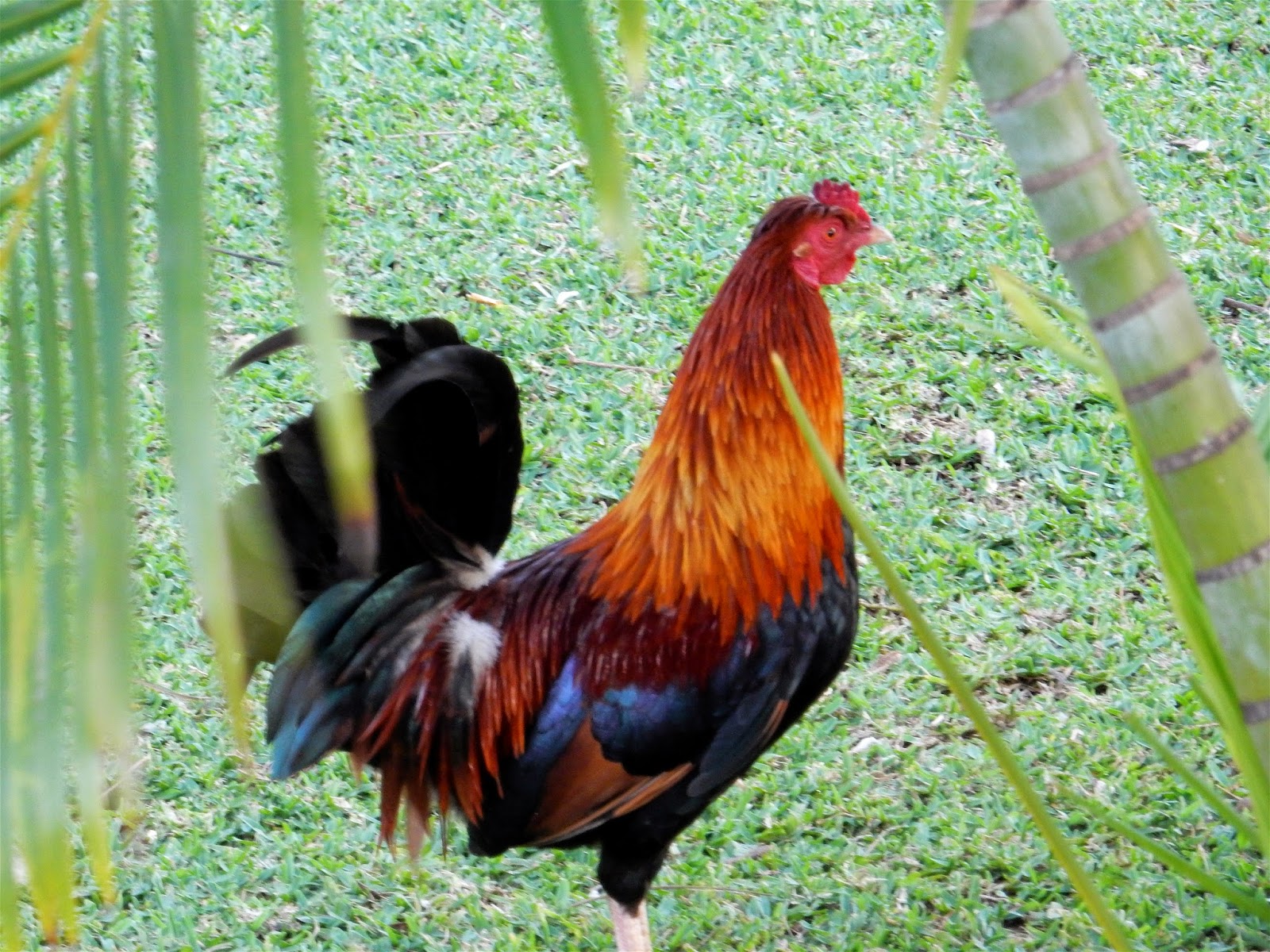 This fellow is one of what must be thousands of wild chickens in the Islands.  From my limited and somewhat distracted observation there is indeed a "pecking" order and Roosters crow whenever they feel like it, which is often.