THE GRACE OF A FISH STALKER 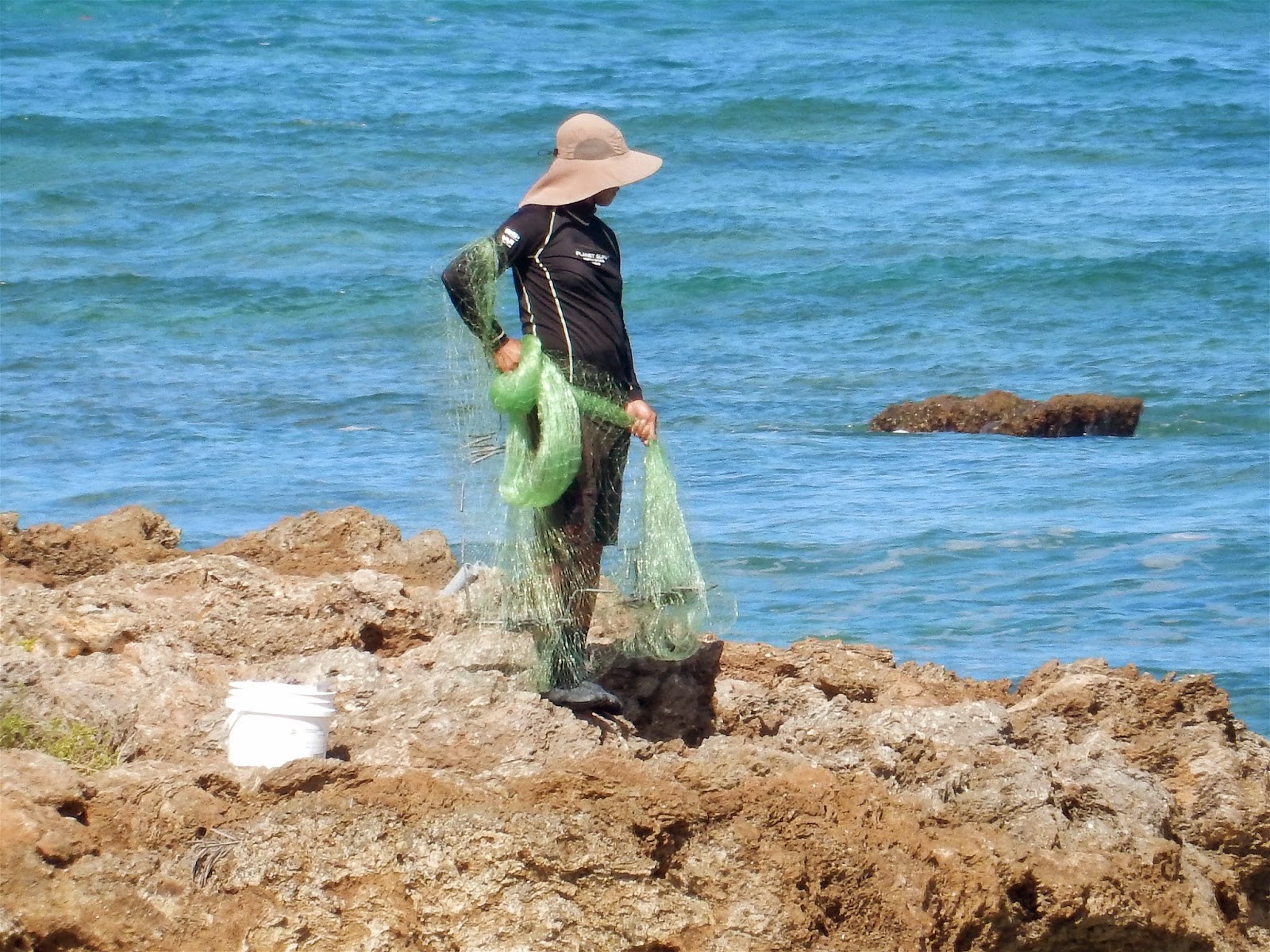 The agility, skill, patience and beauty of a seine fisher working a craggy point on Kawelia Bay on Oahu's north shore. 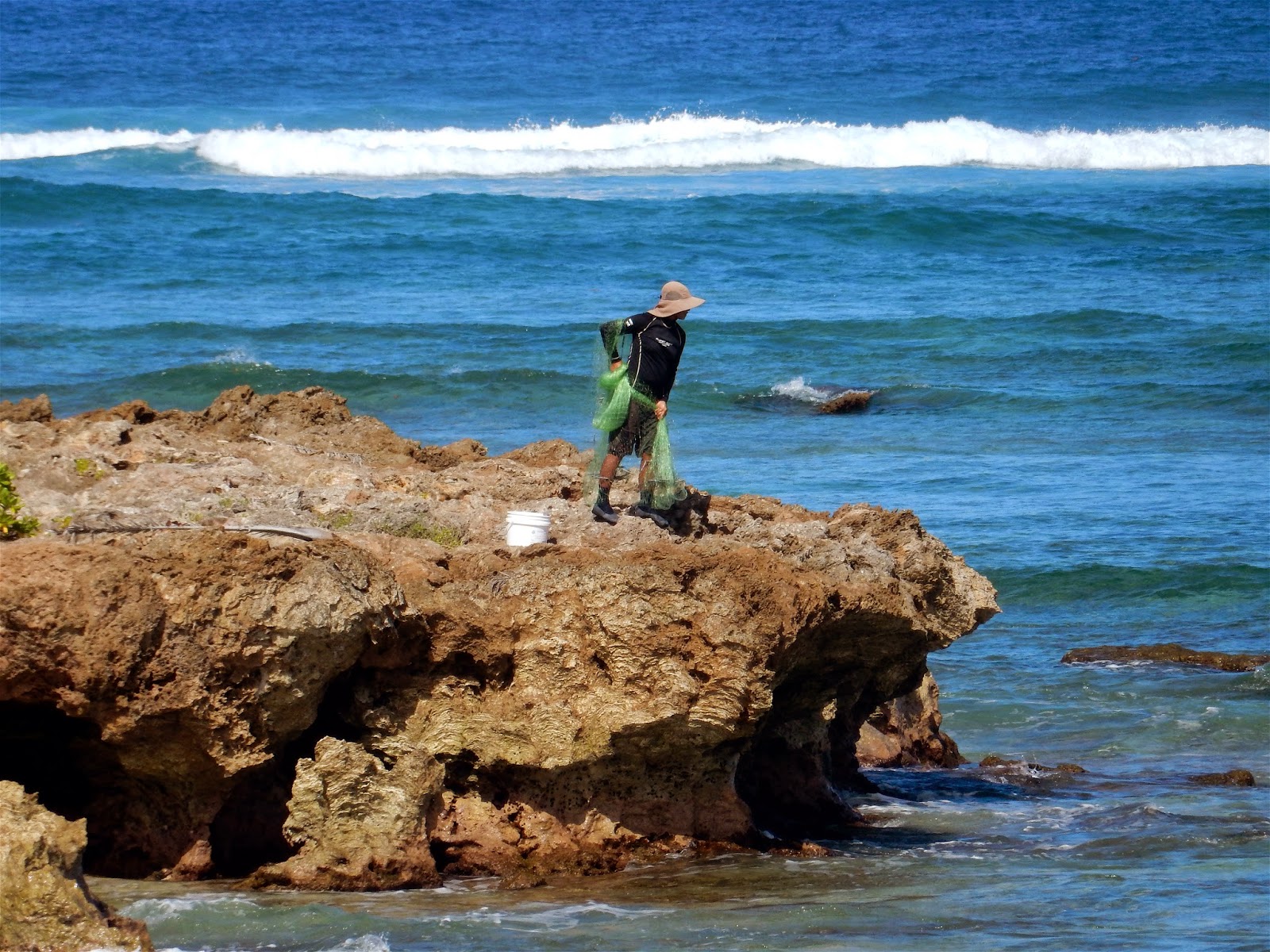 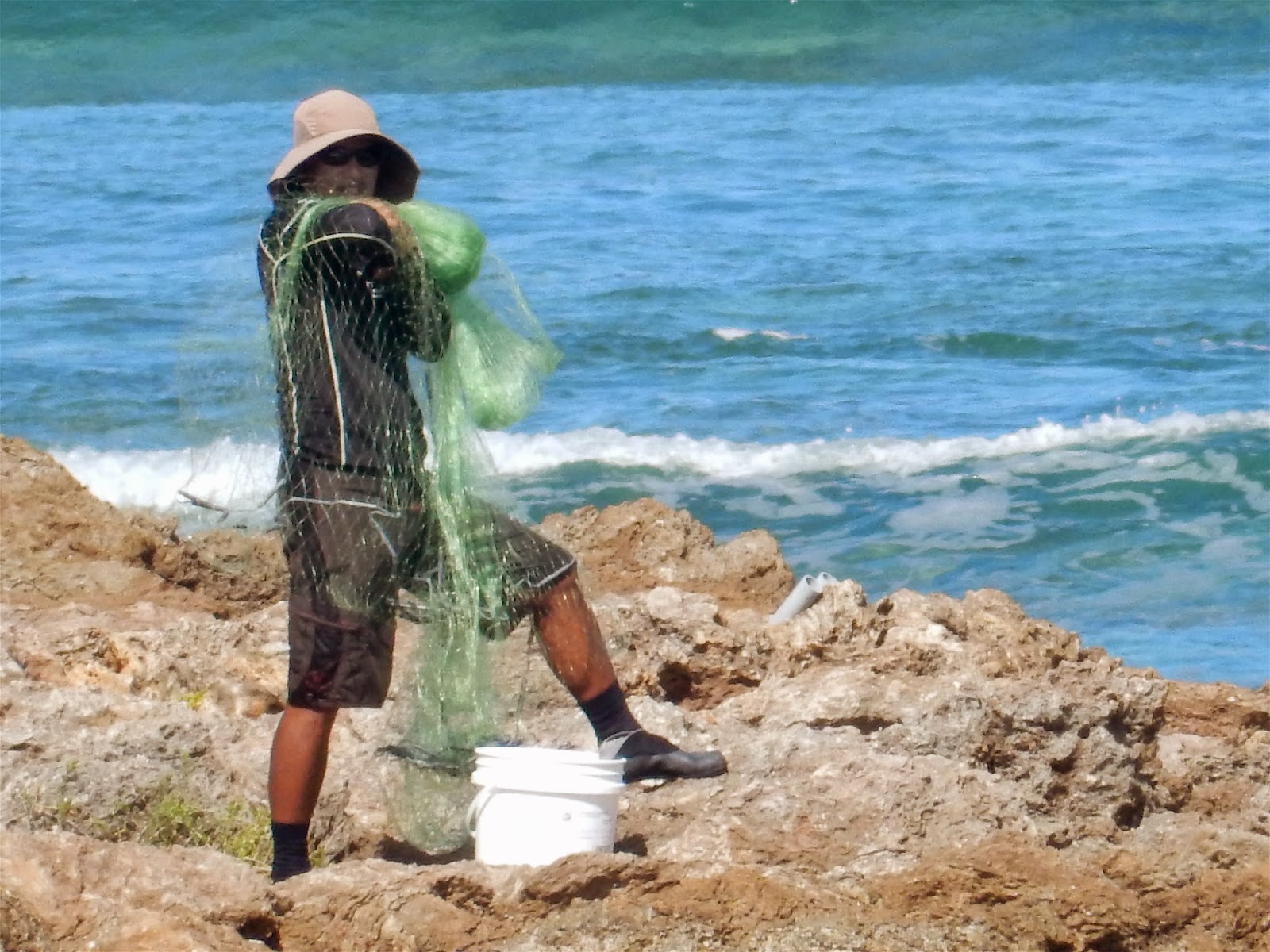 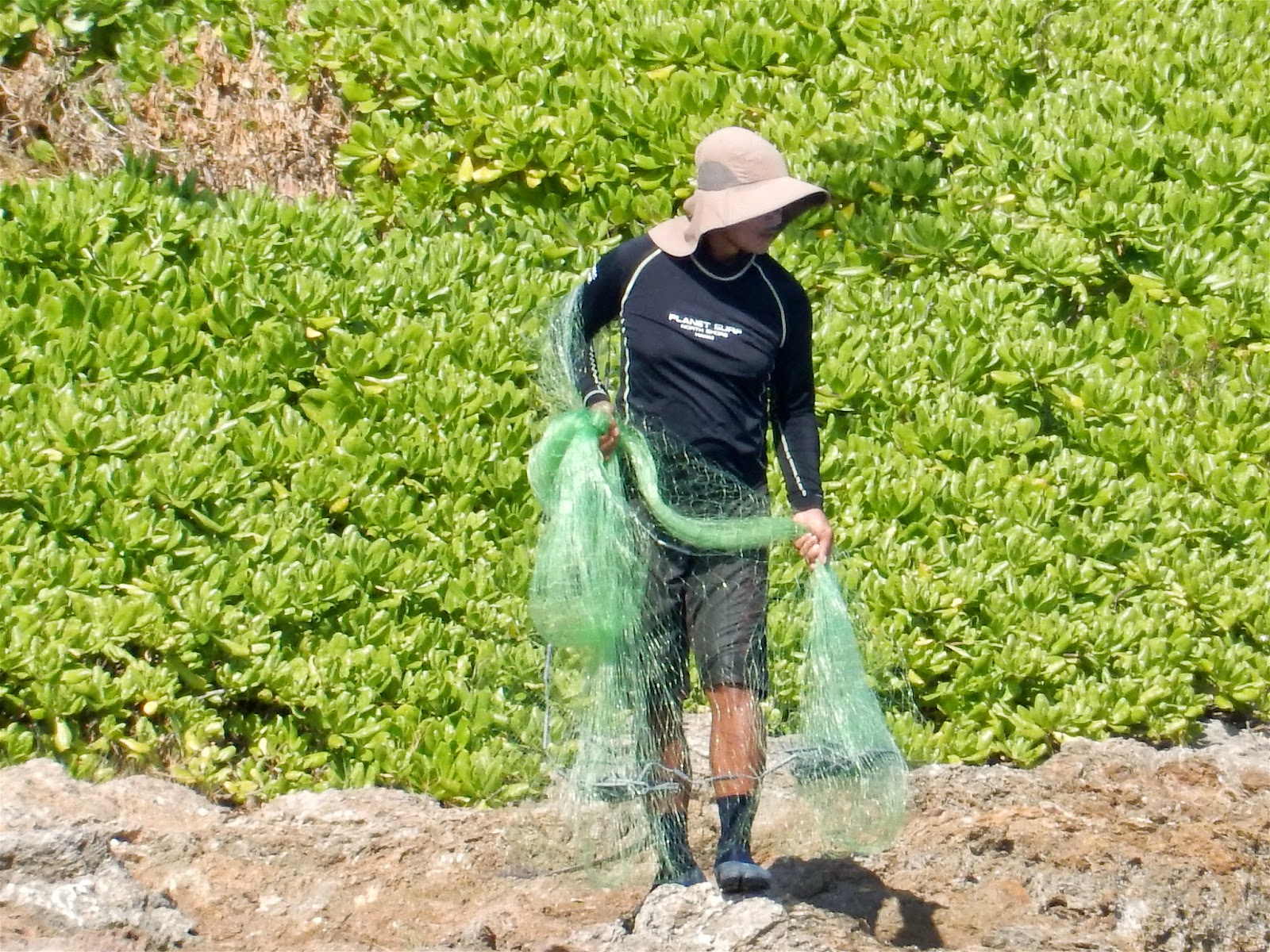 Minutes would pass with barely a discernible motion while the eyes were tracing the game. 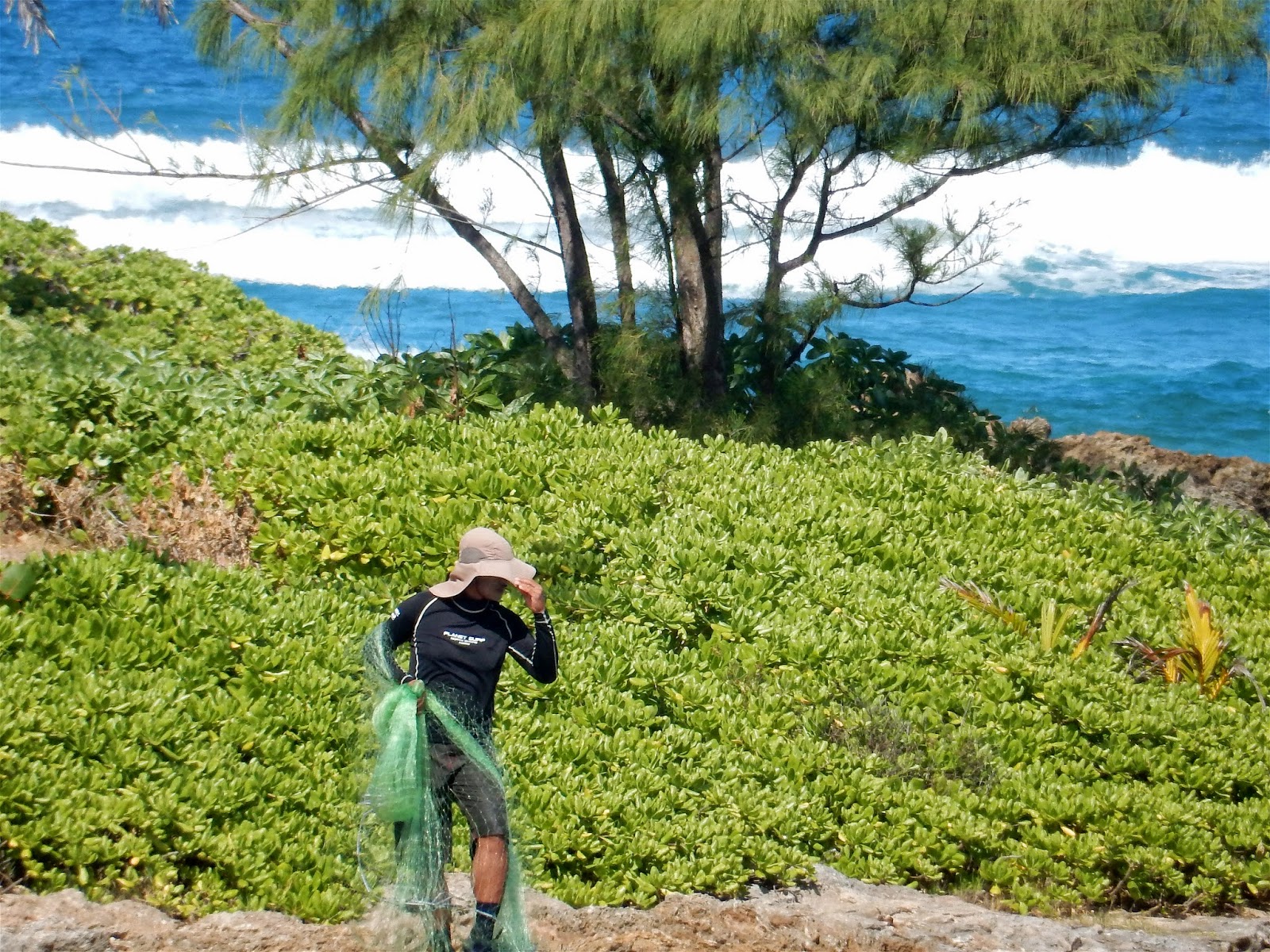 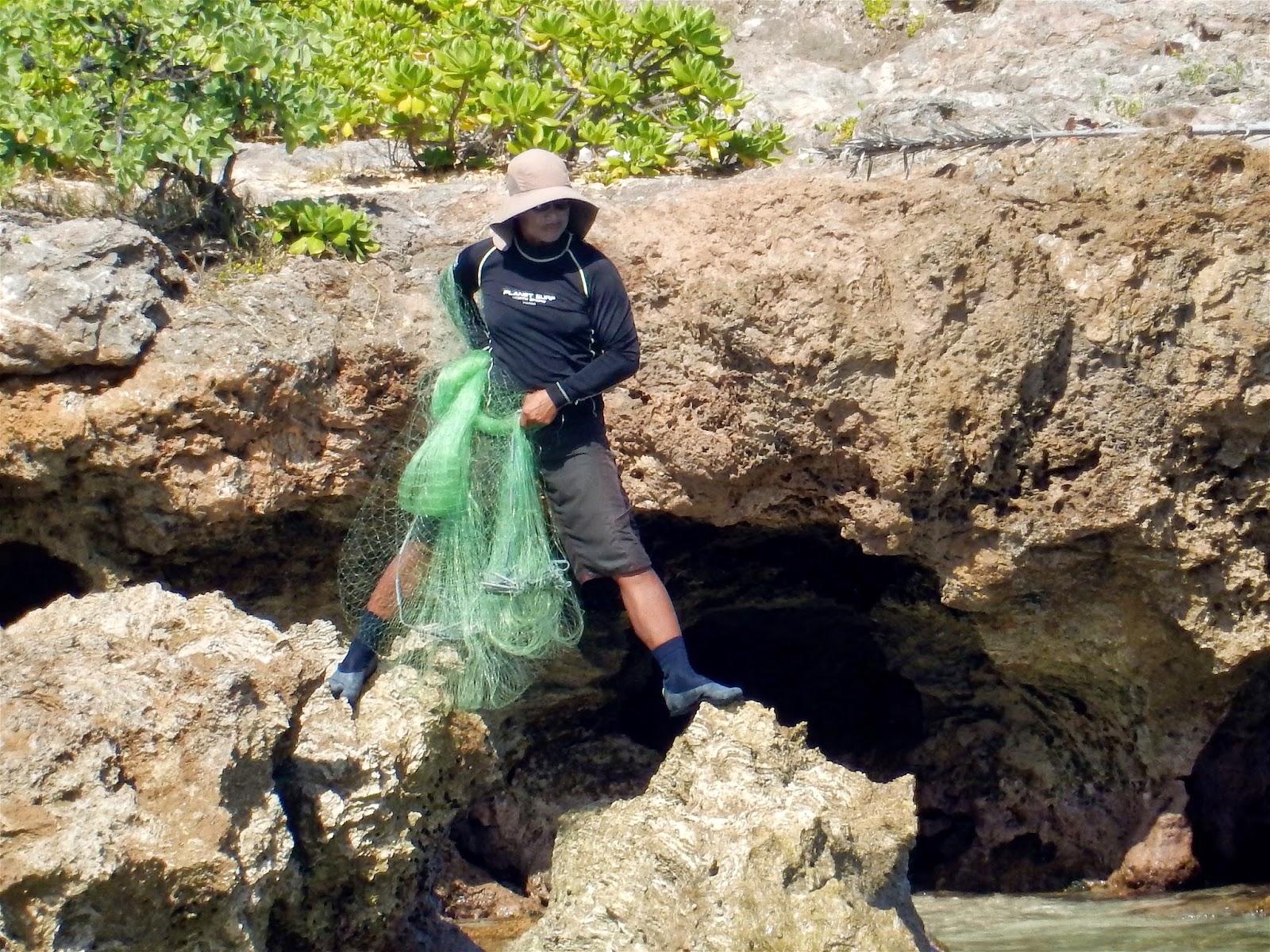 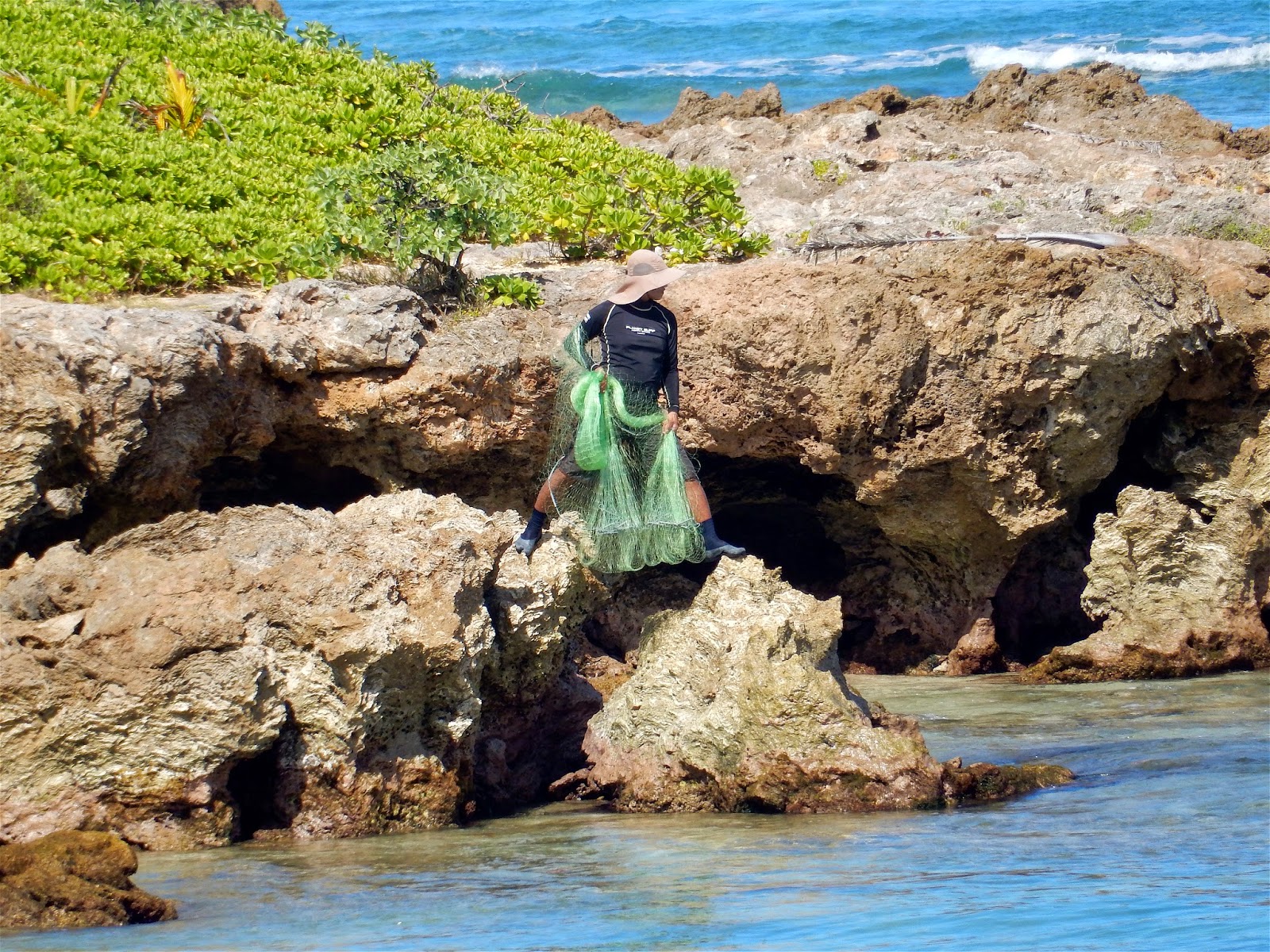 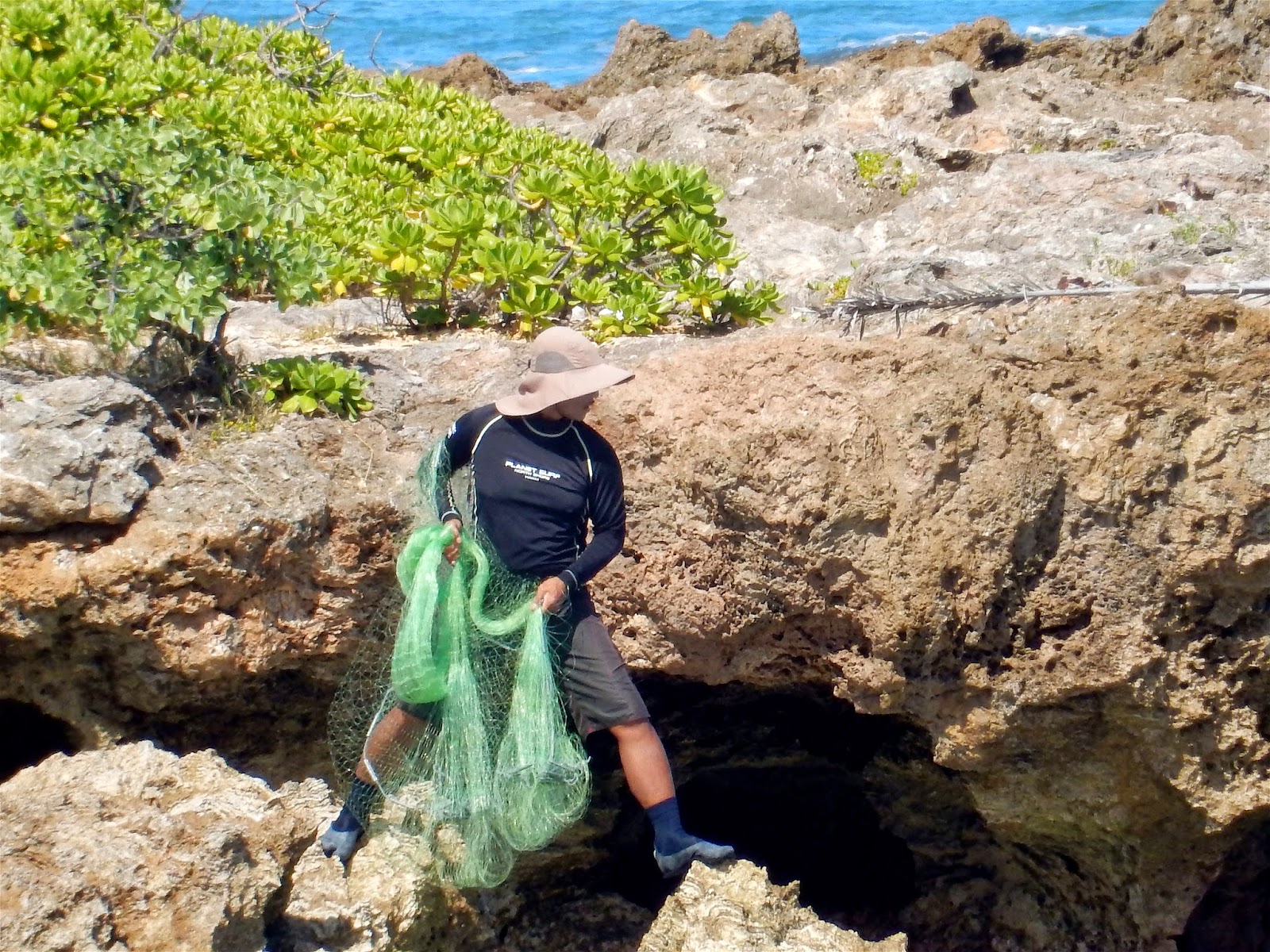 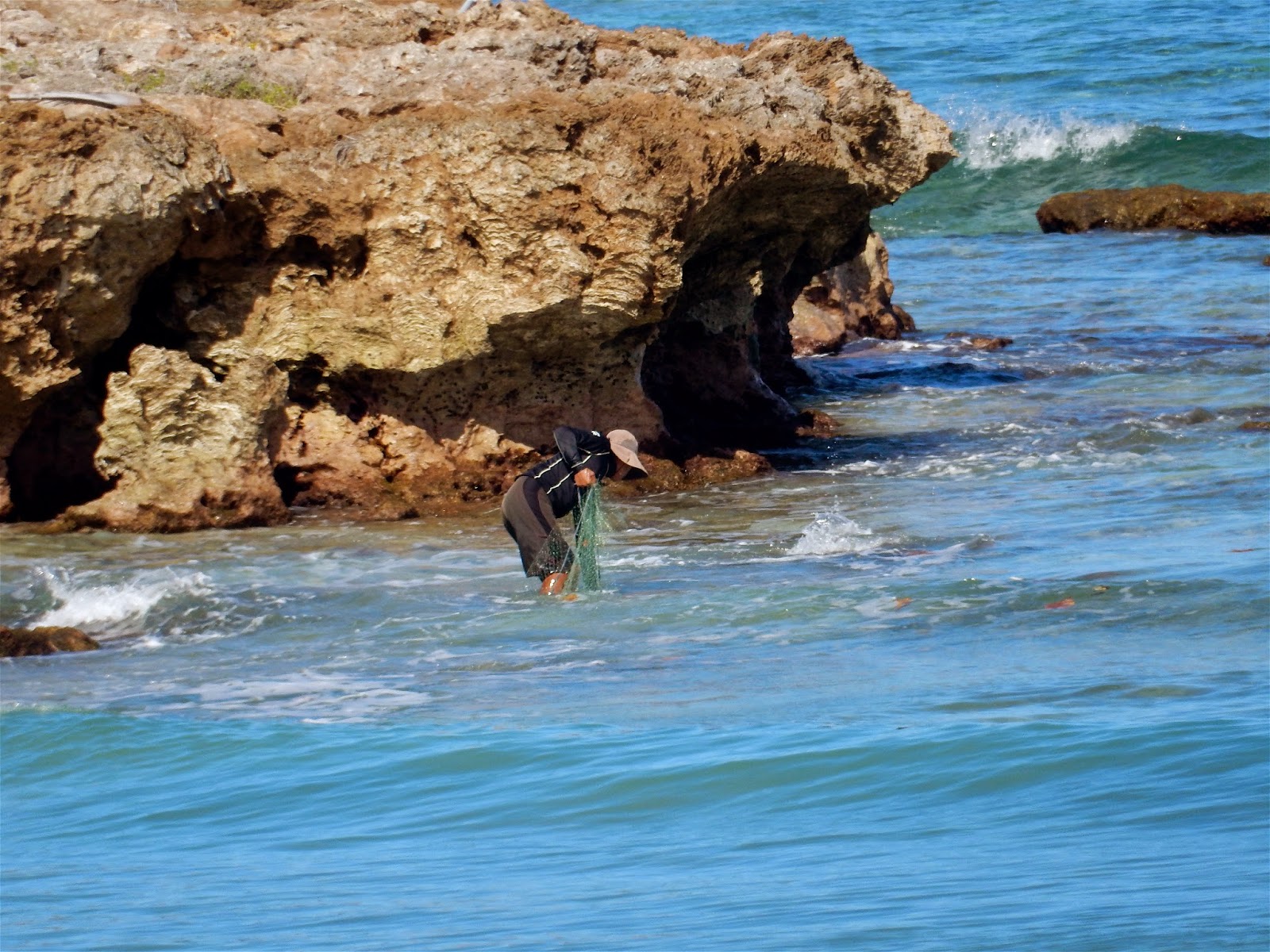 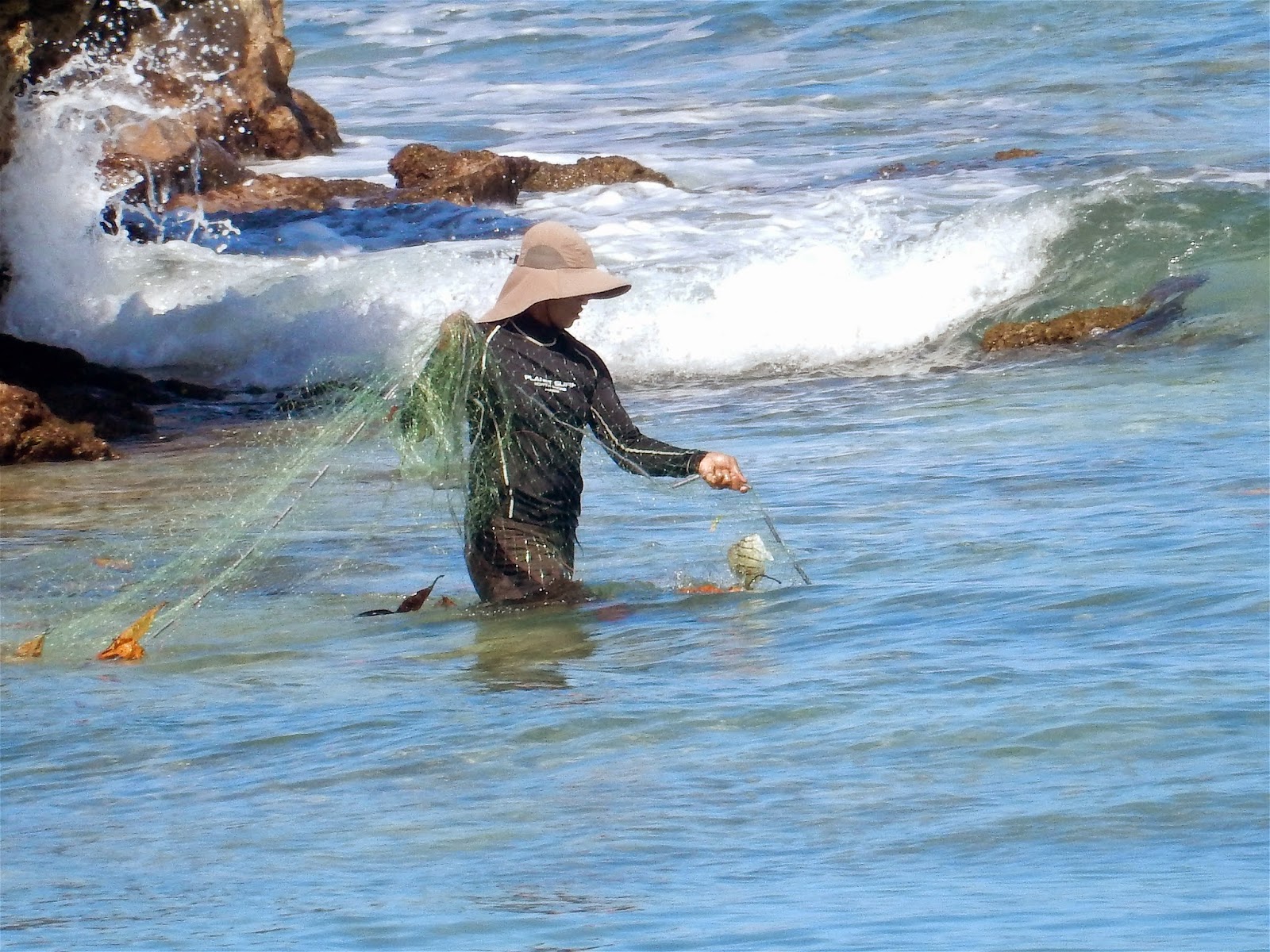 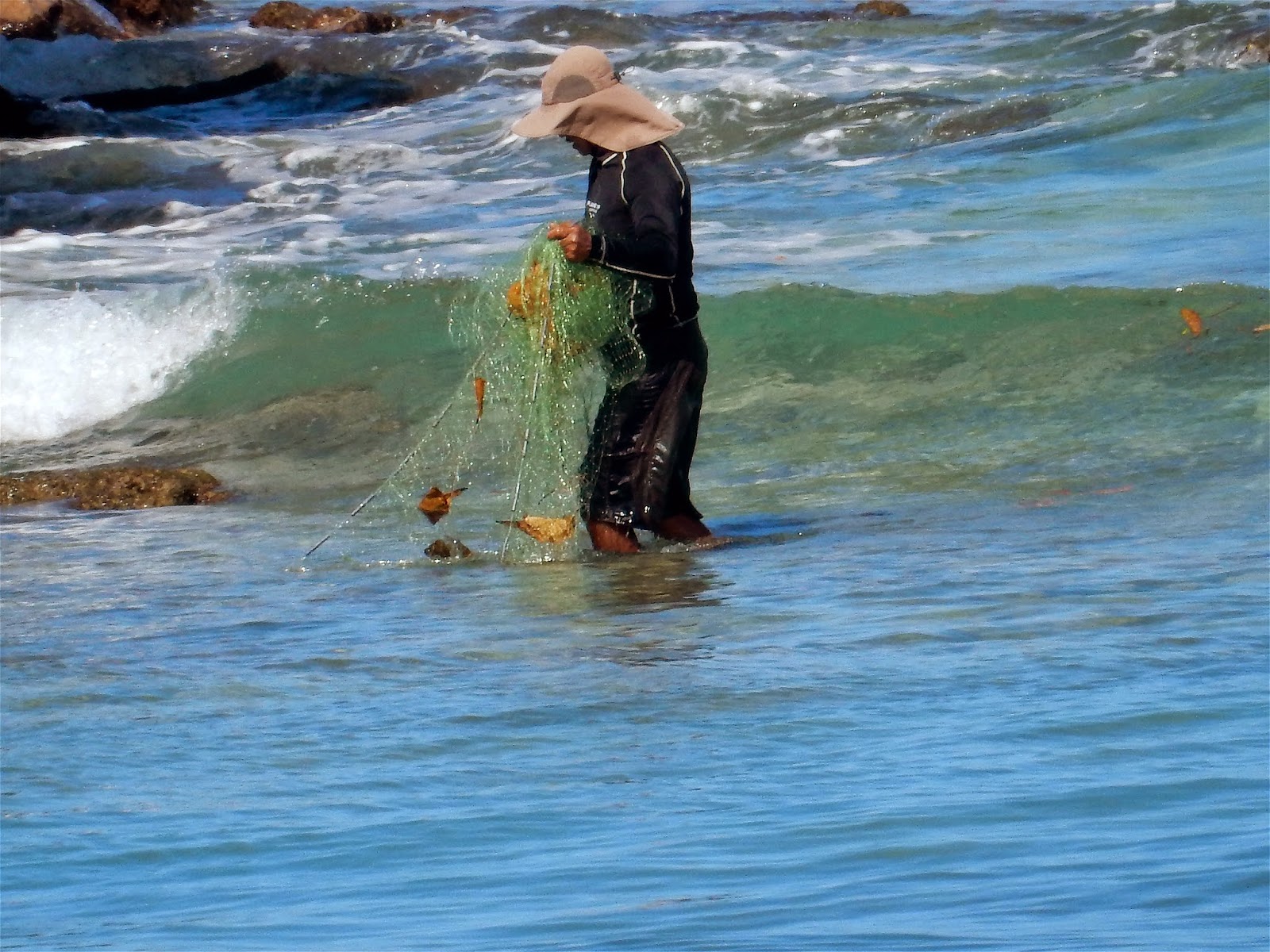 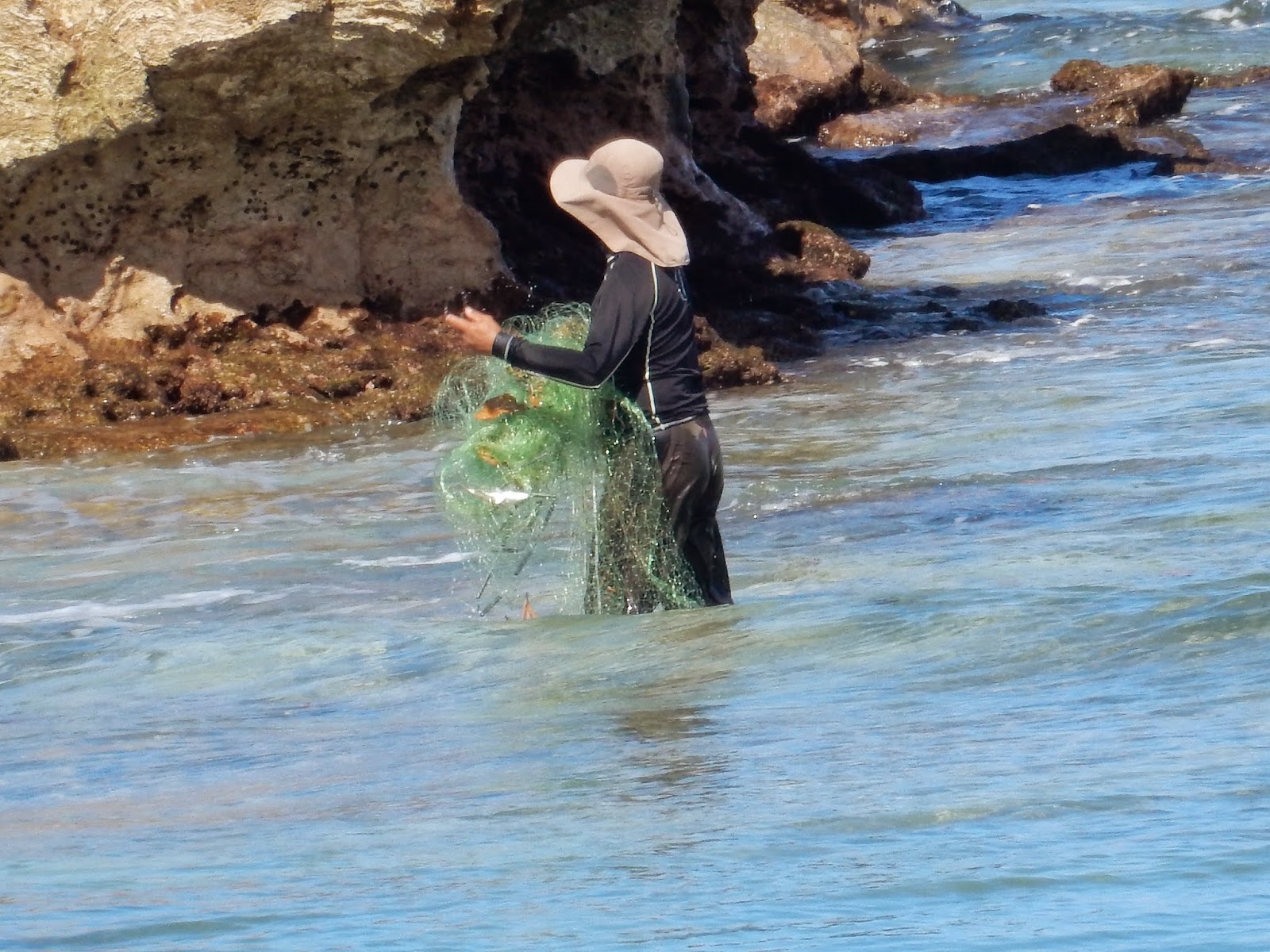 I watched, transfixed for a couple of hours of this ballet like action which resulted in several captured fish.

I sadly note the passing of David Odell, a California friend and one of the true gentlemen of this age.  David was an intellect with a range as wide as his worldly travels. Though journalism and documentary work puts one in a league of travel and world travelers, David and his beloved Betty were the two most widely traveled people anywhere, certainly that I've met There are few places they have not been.
David was also a wise counsel and a true peacemaker. His skill and grace served him well and made him a perfect member of boards and there were many he served.
David and Betty were in Bali when he collapsed.
In December of 2012 I posted about David's decision to retire from active tennis.  Here is a reprint.

DAVID HANGS IT UP
First Published December 21, 2012
An era came to a sad but noble end today. I think of it as a ghost of Christmas future.
A tennis partner quietly announced at the net as we were shaking hands at the conclusion of a match, that he would no longer be playing. David said he could not trust his balance anymore and he didn't want to take another fall, as he has twice this year.  David is an octogenarian.
I didn't play tennis until we moved to Cambria.  My court sport in Indiana was basketball, but wanting to stay in shape I began as a late aged neophyte on the tennis court. It took months of some awful play before I was worthy of joining into a foursome.  David, Phil and Janos were the first group to ask me to sub from time to time.  They were also the first group to ask me to join as a permanent player.
I play three days a week in three different foursomes now, but the Friday morning 9AM foursome on Court 1 was the "mother's milk" of my tennis play.  David, Phil and Janos allowed me to learn and grow and they are a delightful group of guys. After our play, we always end up at Lilly's coffee deck for wide ranging conversations and a good dose of friendship.
David and I were often partners and there would be times he wore a frustration at what had departed his game. But there were also those times when his wicked cross court shot, or a hard hit liner would do the job and was evidence of a man who had great game.  He particularly enjoyed, as I did as well, when we would rally back from being down and win the match. We both would leave the court with more spring in our step.  He remained a competitor though he knew his days of being an excellent player were history. He loved the game and he continued to play.
David was also the picture of a gentlemen competitor at all times.  He evinced a great sportsmanship and integrity.  He is also a true gentlemen in every other regard.  A class act if ever there was one.  As well traveled as anyone I've met, even among other globe trotting journalists, David is a great joy in social settings.  We hope he will continue to join us for our post match coffee.
Our buddy Phil has been on medical leave of recent, though his love for the game is pushing him to get back on the court as well.  In my few years of play I have come to know that love of the game and can understand how tough it must be to hang it up.  David will now take up lawn bowling, of which there is a tough league in Cambria.  And he may join the ping pong matches.
I am indebted to Janos, Phil and David.  I will miss David's enthusiastic narratives and droll humor as we play. And I hope at some distant match, holiday season or other wise, I can leave the game with the same class and gentlemanly style as David.
And for the record David's quick returns and well aimed shots earned us several points today.

See you down the trail.
Posted by Tom Cochrun at 11:57 AM