WE CAN'T CHANGE THE PAST---STILL CONTROVERSIAL 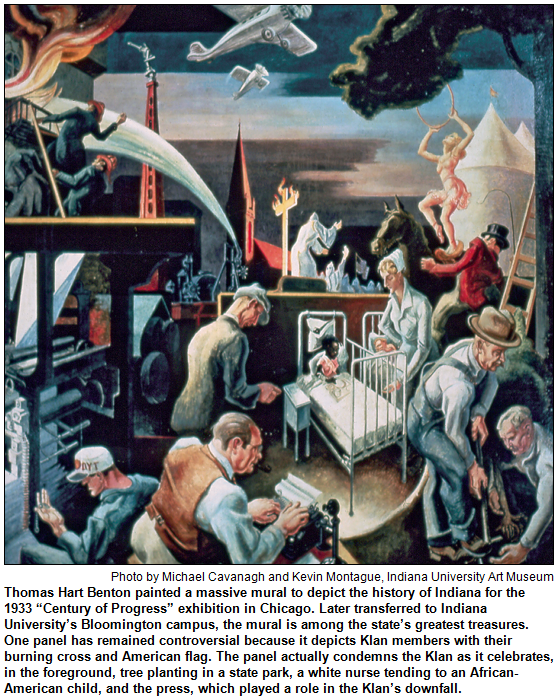 To quote Ed Murrow "this just might do nobody any good." To paraphrase his 1958 speech to the Radio TV News Directors Association (RTNDA), at the end of this a few people may misunderstand what I'm saying, but here I go.
We need to find a balance point where those who wish to address and treat sins of the past do not also destroy history or use deconstructionism without restraint and/or the balance of intellectual buffers.
A case in point-The Thomas Hart Benton mural.
Controversial when it was created in the 1930's it is said to make people uncomfortable now. Why?  The depiction of the KKK. An honest appraisal of Indiana history cannot ignore the Klan.
If you are disturbed by the Klan portrayal consider proportion and perspective. The hooded terrorists are counter weighted by a white nurse attending to an African American child. More visual counter punch is the left anchor of the Benton panel composed of the press, an editor/writer and reporter that challenged and broke the Klan's extraordinary control of Indiana politics and the 1920's Republican party.
The media's battle with the Klan is iconic. Pulitzer awards have been given. I was awarded a National Emmy for my investigative documentary of the modern Klan in America. I've been an enemy of discrimination and prejudice, including racism, sexism, ageism and other manifestations of bias. My body of work is deep in reporting on these issues.
We should find a way to be aware of sensitivities without trying to edit the past. The mural is not, as some have said, a glorification of the Klan, rather it is a depiction of fact. Reality, regardless of pain or absurdity cannot or should not be retrospectively edited or worse, deleted. Knowledge dictates that we recognize historic truths.
History appreciates with understanding and by sifting nuance and seeing things in context through an honest assessment.  Later we may come to advanced understandings, gain insight, change our minds, learn, discover information and evolve, but the ground from which we and knowledge derive is historic fact. What we see and call history must be understood not only in the context of our time-but in the framework of what people knew and did in their own time.
As a high school kid I spent time in the city room of the Indianapolis Times. A giant replica of the front page announcing the Times winning a Pulitzer for their investigation of the Klan adorned a wall. It made a huge impression. When I took the stage in New York to accept the national Emmy for my own investigation I stepped into a slip stream of iconic history. The Benton art tells part of that story.
Though you may think the behavior is offensive, the painting itself of klansmen and the burning cross should not be regarded as offensive in intent  but rather as part of that stream of history. In the painting the Klan is seen as small, yet the nurse doing good service and the press loom more significant and impressive.  And if you look carefully you will see the klansmen are dominated and overridden by circus performers. There was a time when most circus acts wintered in Indiana. I think Benton was expressing a bit of poetic contempt and mockery by that juxtaposition.
No the Benton mural is not offensive, and those who think it is are simply wrong. It is history and should be taught and respected as such. And as I study it again I am reminded there must always have been those who like to ignore or even forget as well as those who may be rightfully upset with our past, who would like to expunge it. We can not help but analyze by virtue of what we know, but we must keep in mind that we are only as effective as we are fully and historically informed.
We cannot change the past.
PROJECTS
a time of season 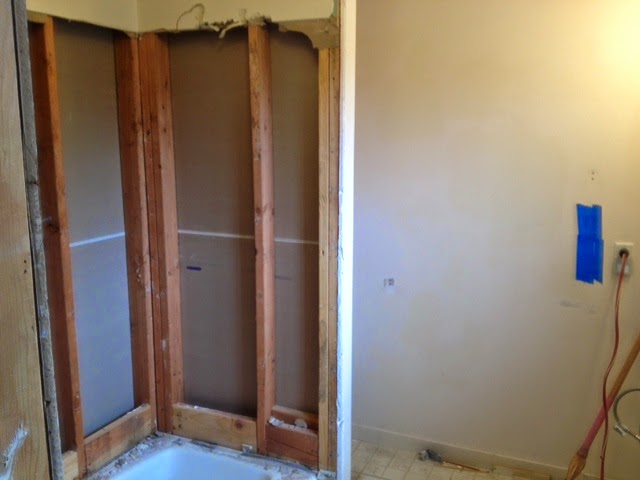 A bath modernization is underway and so…. 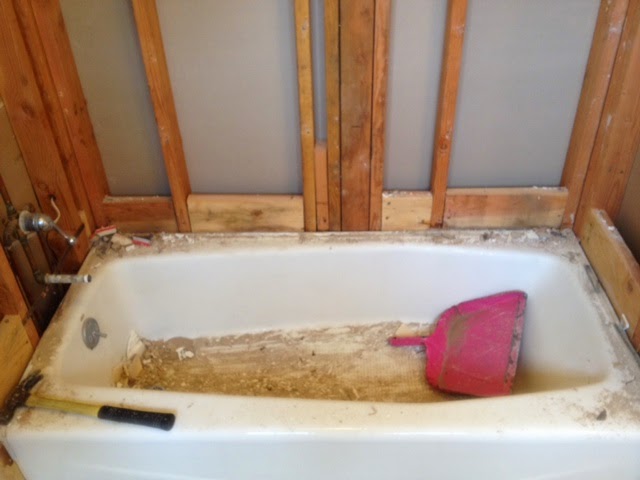 the master bedroom is a staging area-complete with new appointments 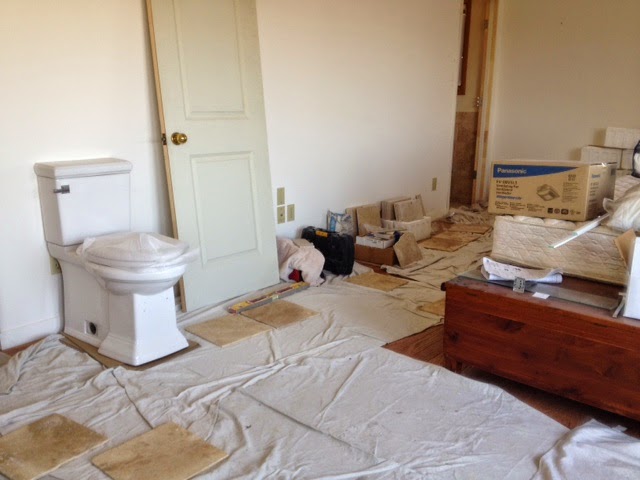 while the deck is a work and storage area. 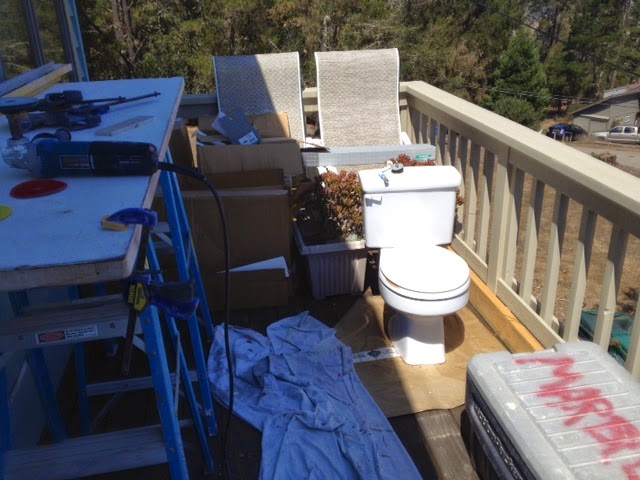 For a curious guy, watching the craftsmen has been a fascination. 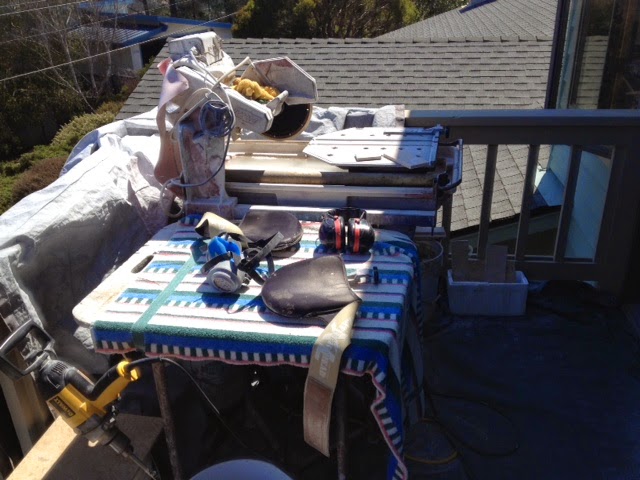 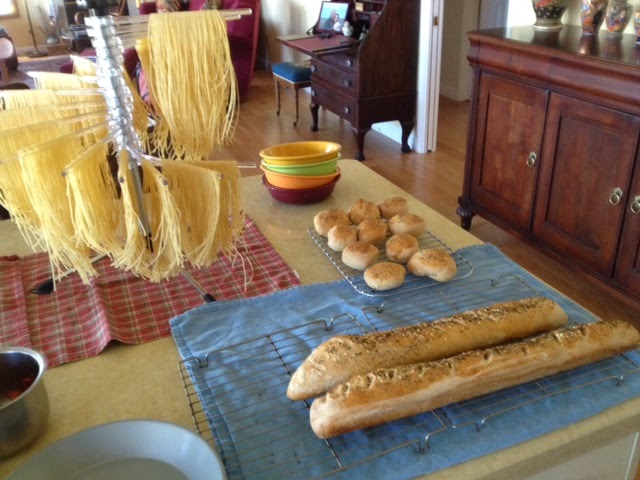 While I'm going to war with gophers.  Is it ok to call them bastards?! 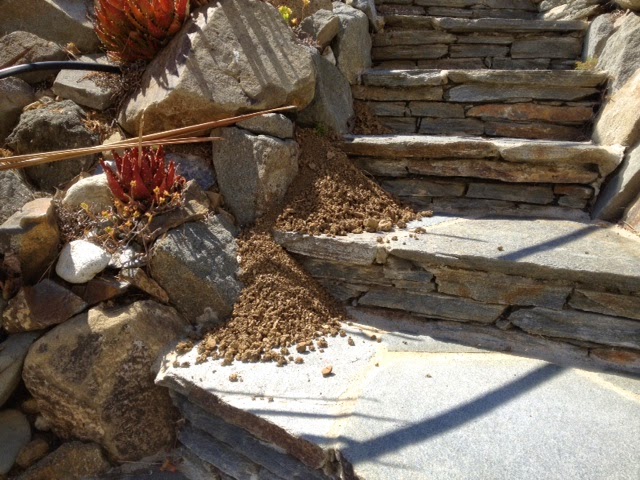 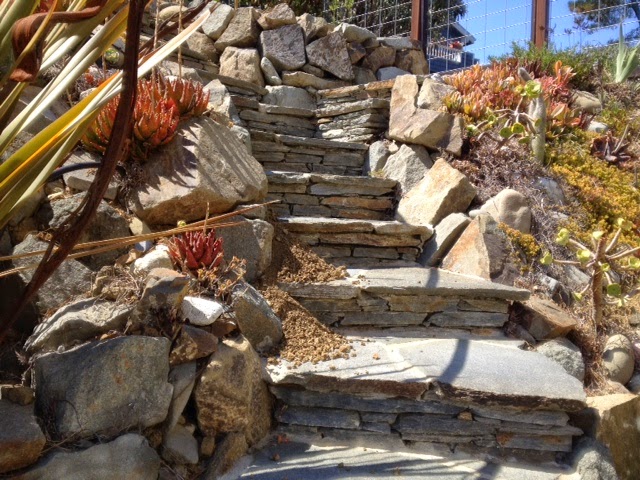 Despite the noise of tile saws or hammering, or my grumbling about gophers, Hemingway's project is to emulate Garfield. 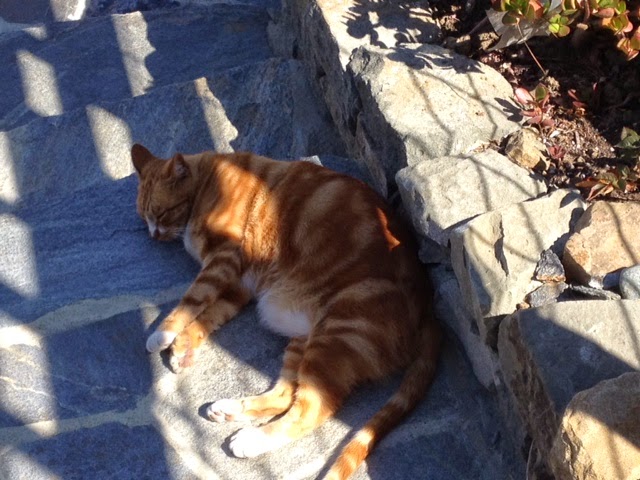 I think he's got it all figured out.