DESTRUCTION OF THE ISLAMIC STATE
If you've been paying attention to foreign policy experts you've heard a wide range of views of what to do about Islamic State. There is consensus that something must be done. Russia, China, Europe as well as the US are duly concerned about the onslaught of these primitivist barbarians. Their immediate threat is in the middle east.
The outrage at the beheading of a second American journalist is natural, and indeed justice must be done even if it takes chasing them "to the gates of hell" as Vice President Biden pledged.
The need to stop IS goes beyond judicial vengeance.  Barbarism and inhumanity is not unknown even in the middle east, cradle of the world's leading religions and faith systems, but such butchery, done in a flaunting and antagonistic way needs a harsh response from the rest of the world. The IS sadism says a lot about the nature of this enemy.  Indeed they are an enemy of civility, humanity and modernity.  They've been called evil. Comparisons to the inhumanity of the Nazis, Josef Stalin or Pol Pot have been made. They are zealots, on what they think is a holy mission, apostles of a cult of death and frighteningly, they are very capable. Somehow the established nations of the world need to find a way to destroy the Islamic State.

THEY ALSO SERVE WHO INFORM
The beheading of Steven Sotloff, like that of James Foley underscores the extraordinary risk that journalists undertake to present us with information.  Before they were captured and eventually murdered Sotloff and Foley worked in war zones. Unlike military personnel, or intelligence officers, journalists, medical and NGO relief workers endure the dangers of combat, without weapons. The death of a reporter or aid worker is no less than that of a warrior. Those who kill the unarmed are nothing less than cowards. Those who wear masks and do so must be chased down and be made to pay.
AN EXTRAORDINARY SHOW 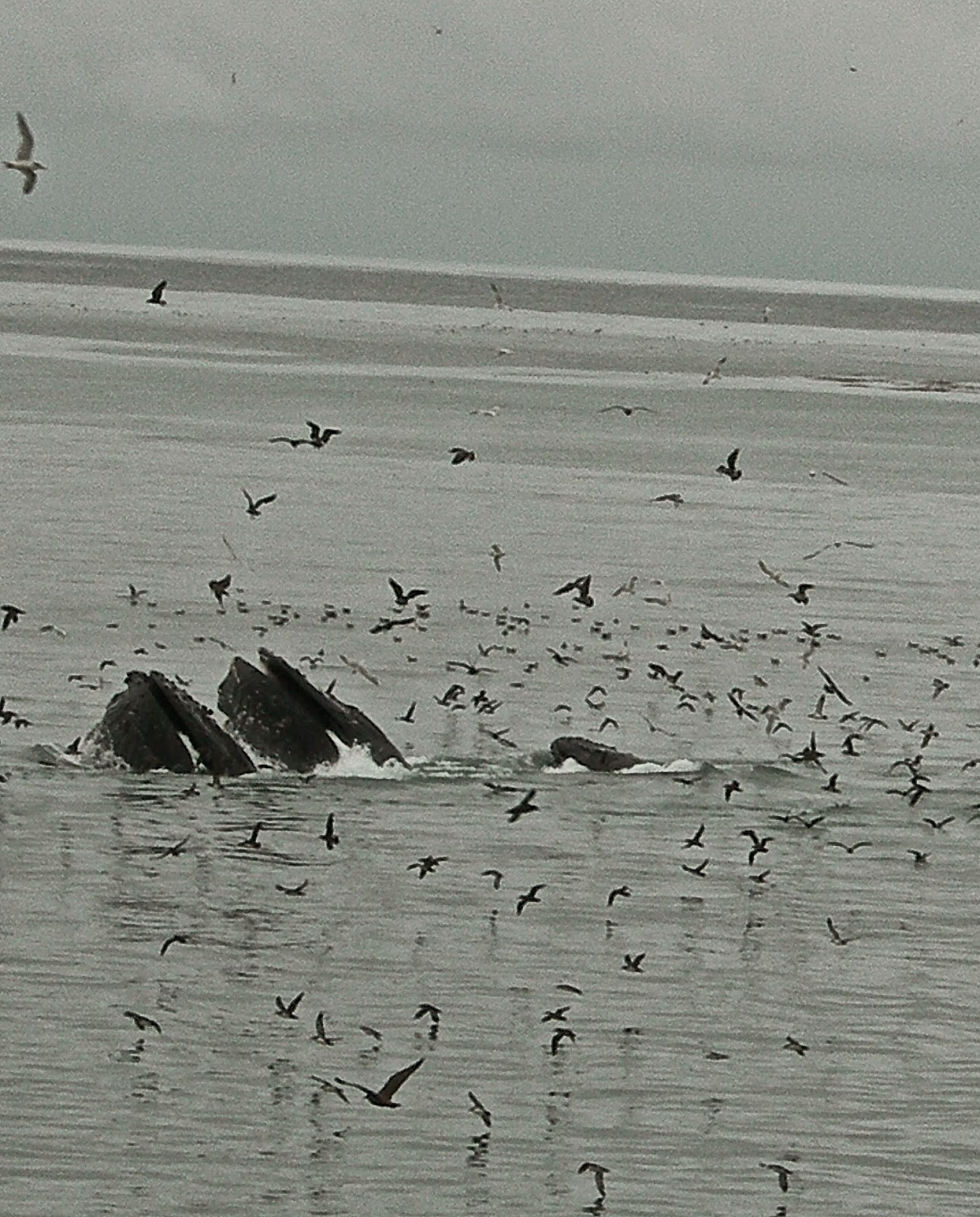 Ocean conditions have been perfect for plenty of this-
Humpback whales feeding on a bait ball, just yards off the pier at San Simeon Cove.
I'm sorry I did not think to put the camera into a video mode so as to capture the awesome sound of these behemoths exhaling, breaking water and diving. 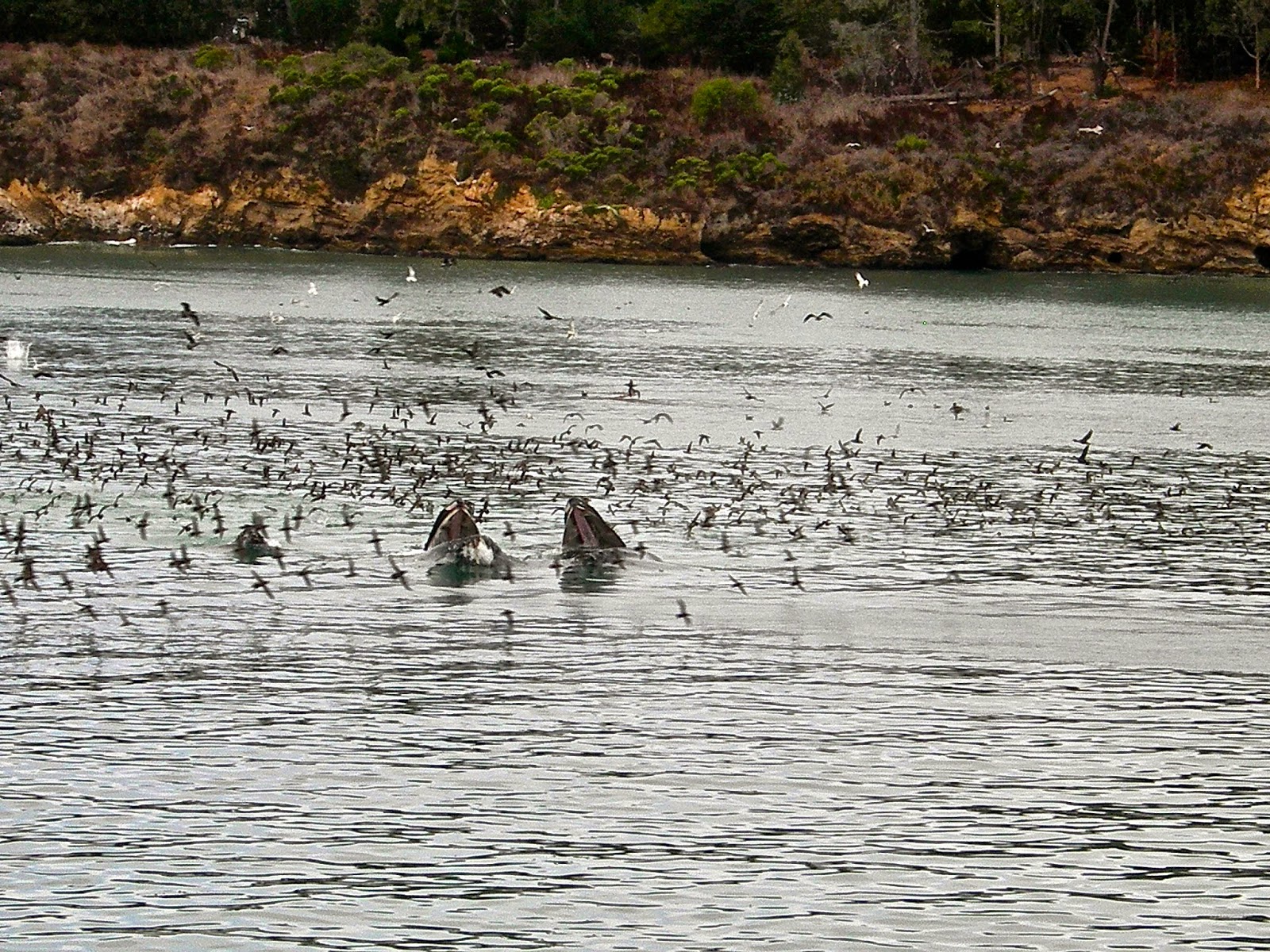 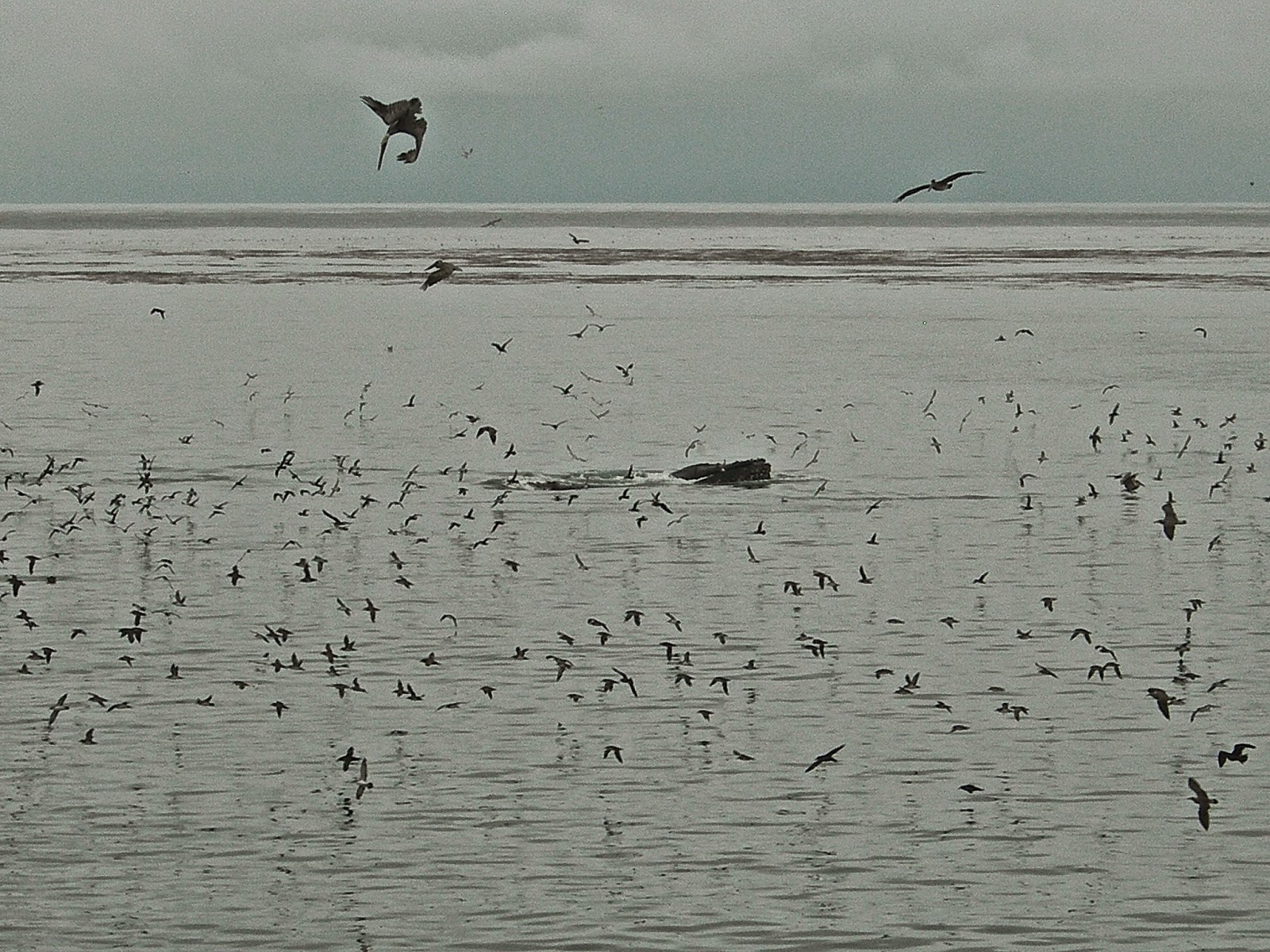 It was a spectacular show with whales feeding, dolphins playing, otters passing by, seals making an appearance and a variety of water birds taking advantage of the anchovies feeding on phytoplankton. Gulls, pelicans, cormorants and thousands of shearwaters created clouds on the water. 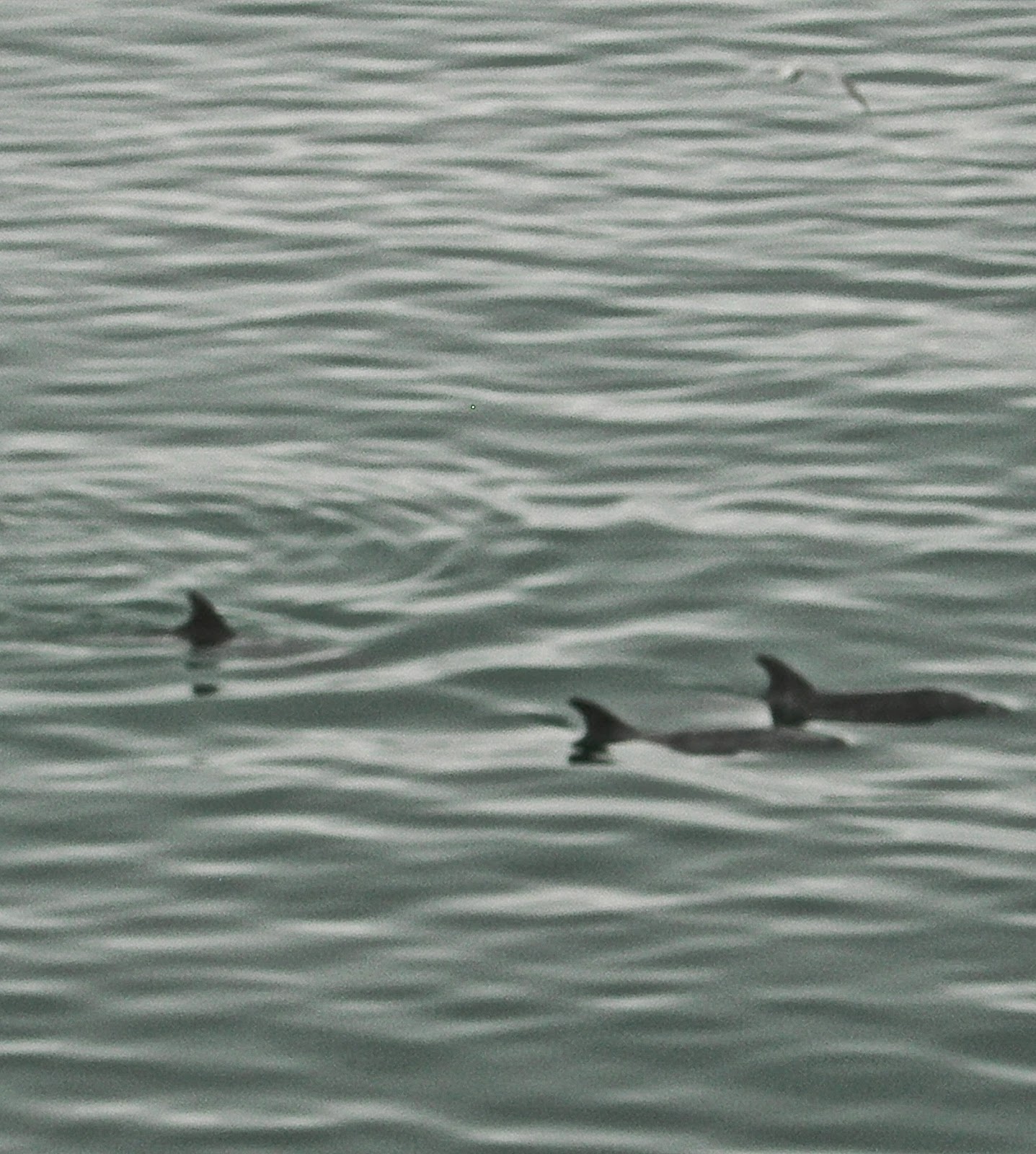 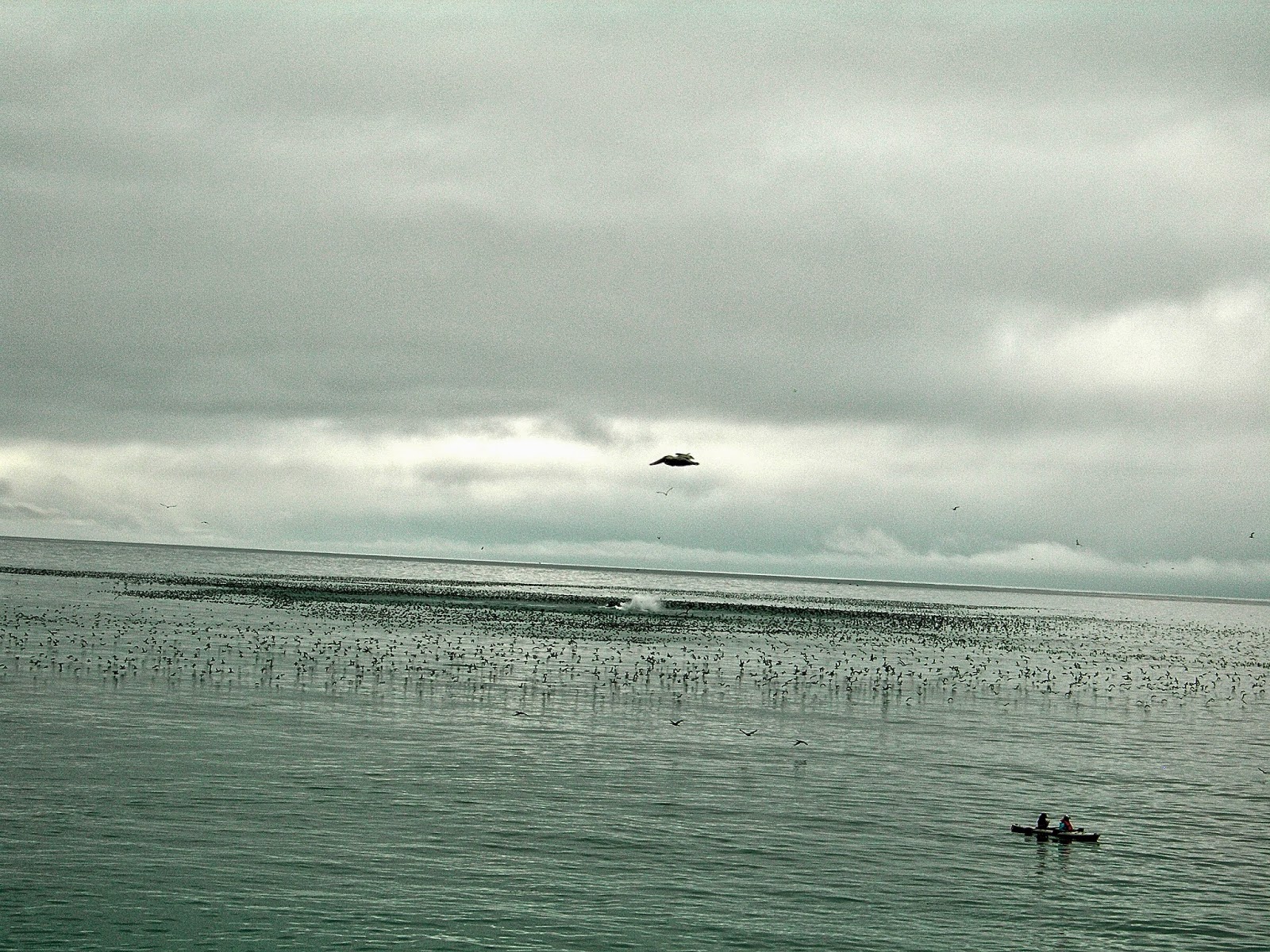 The dark ring is the massing of thousands of shearwaters surrounding a "puff" that is the spout from a whale about to surface. 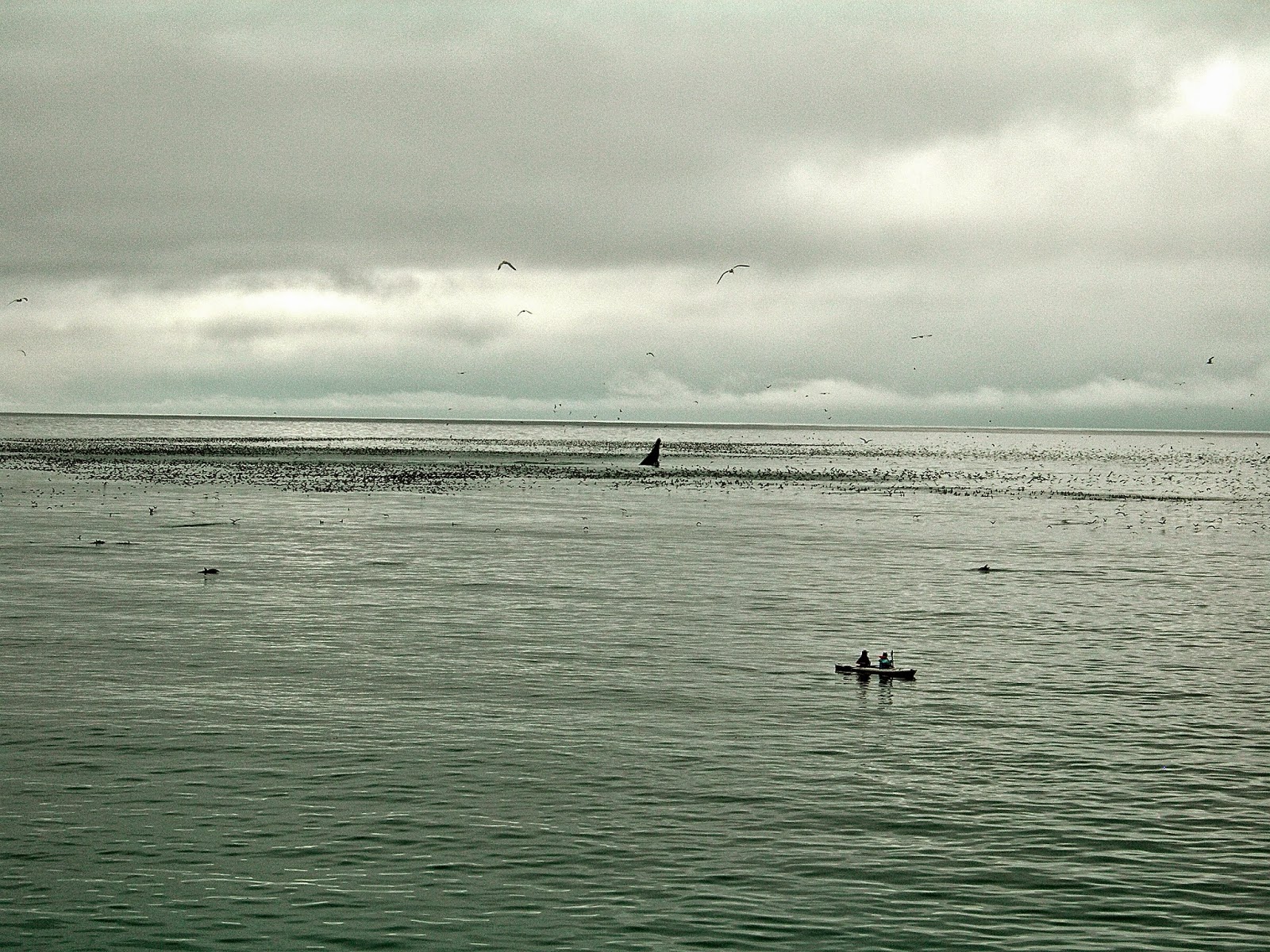 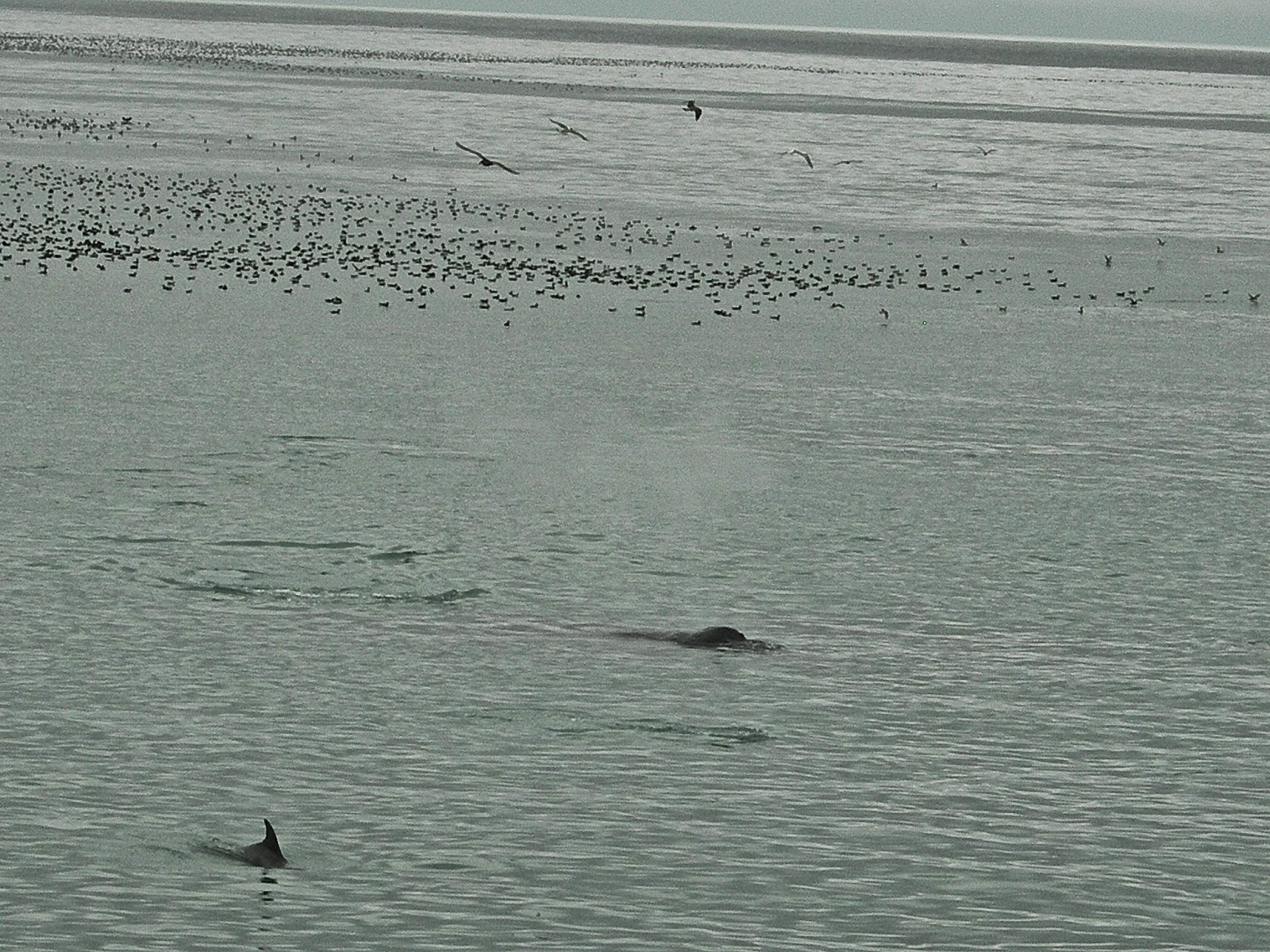 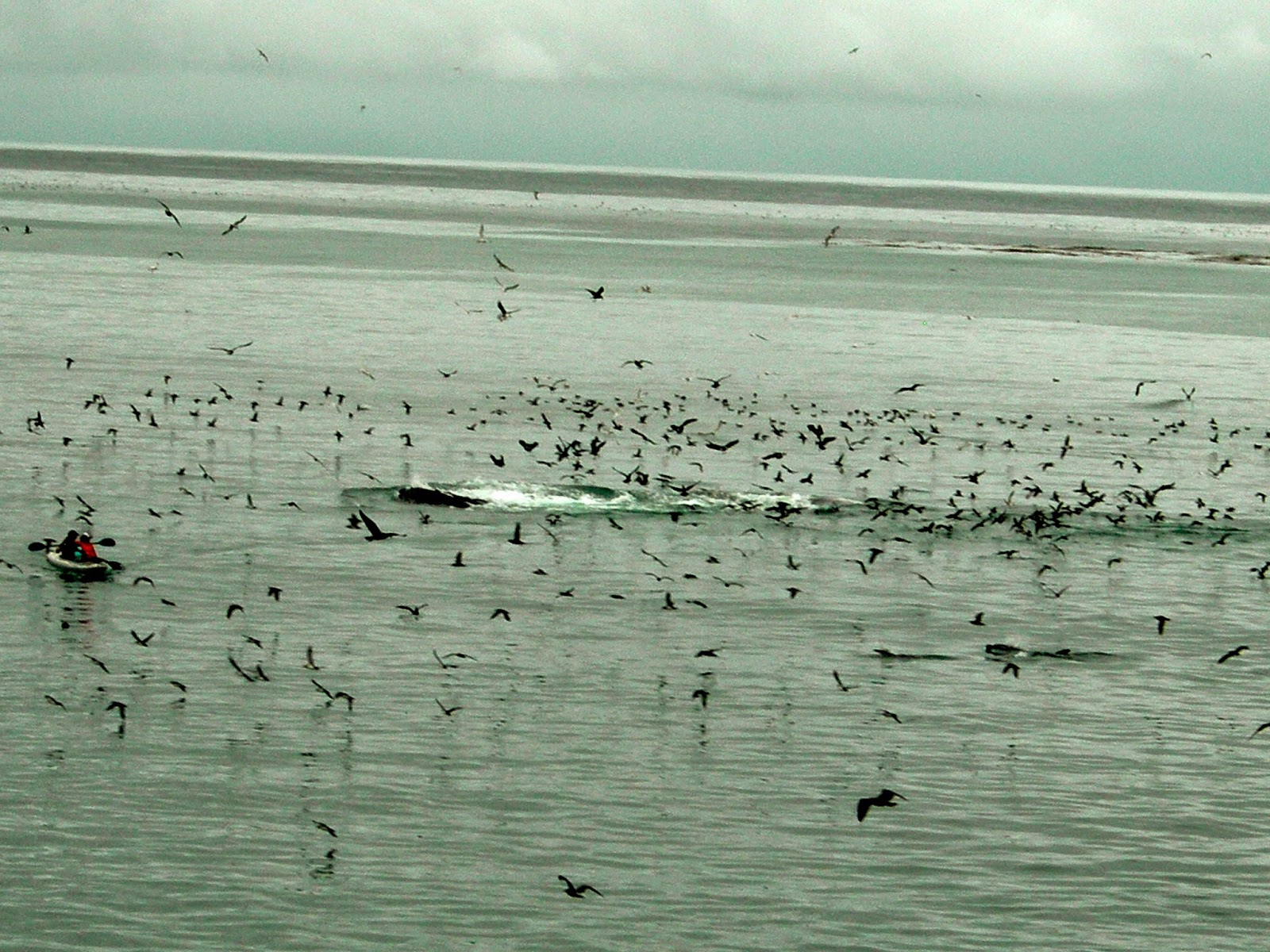 To do justice to this show of nature, one needs gear like this. 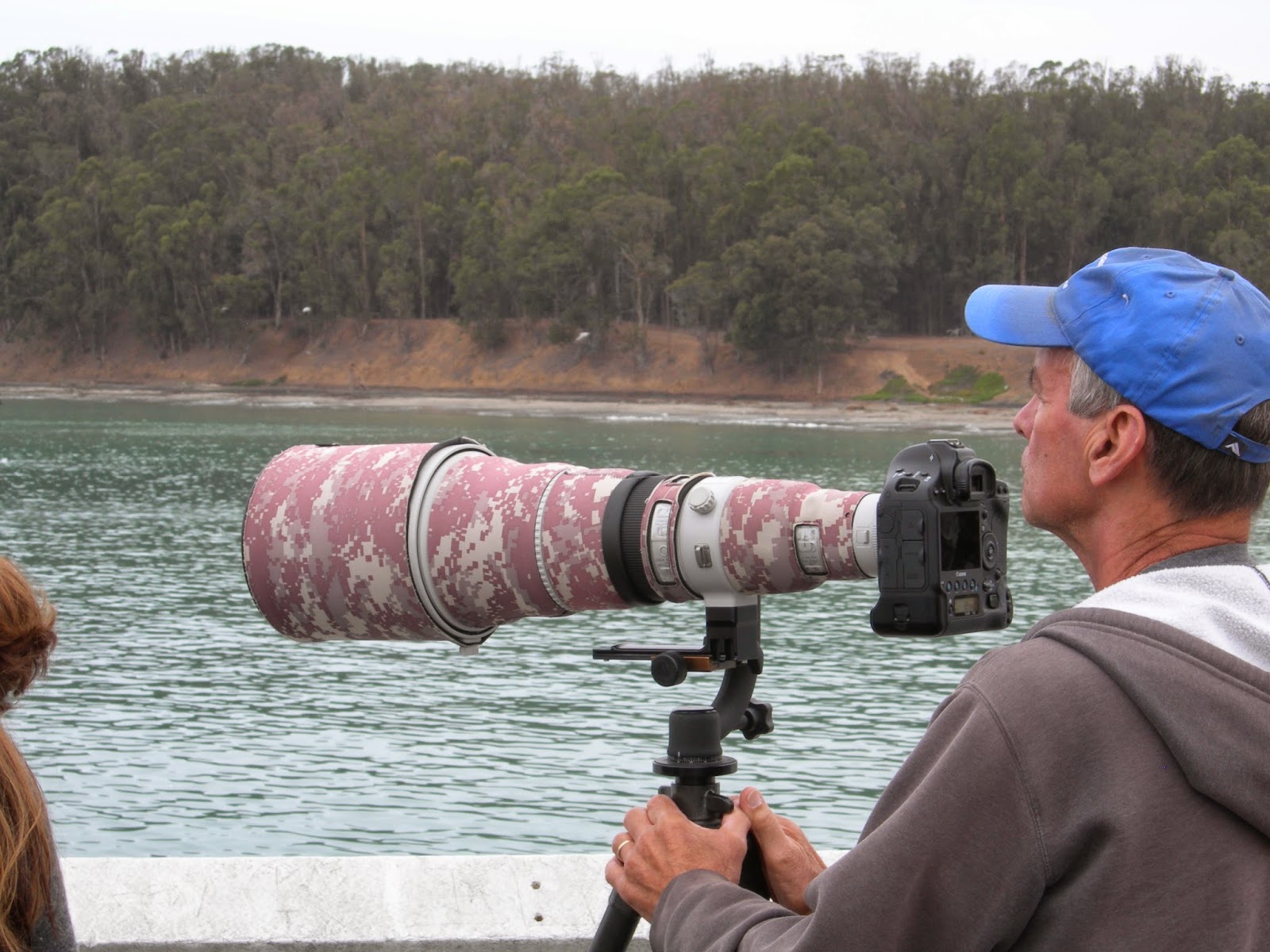 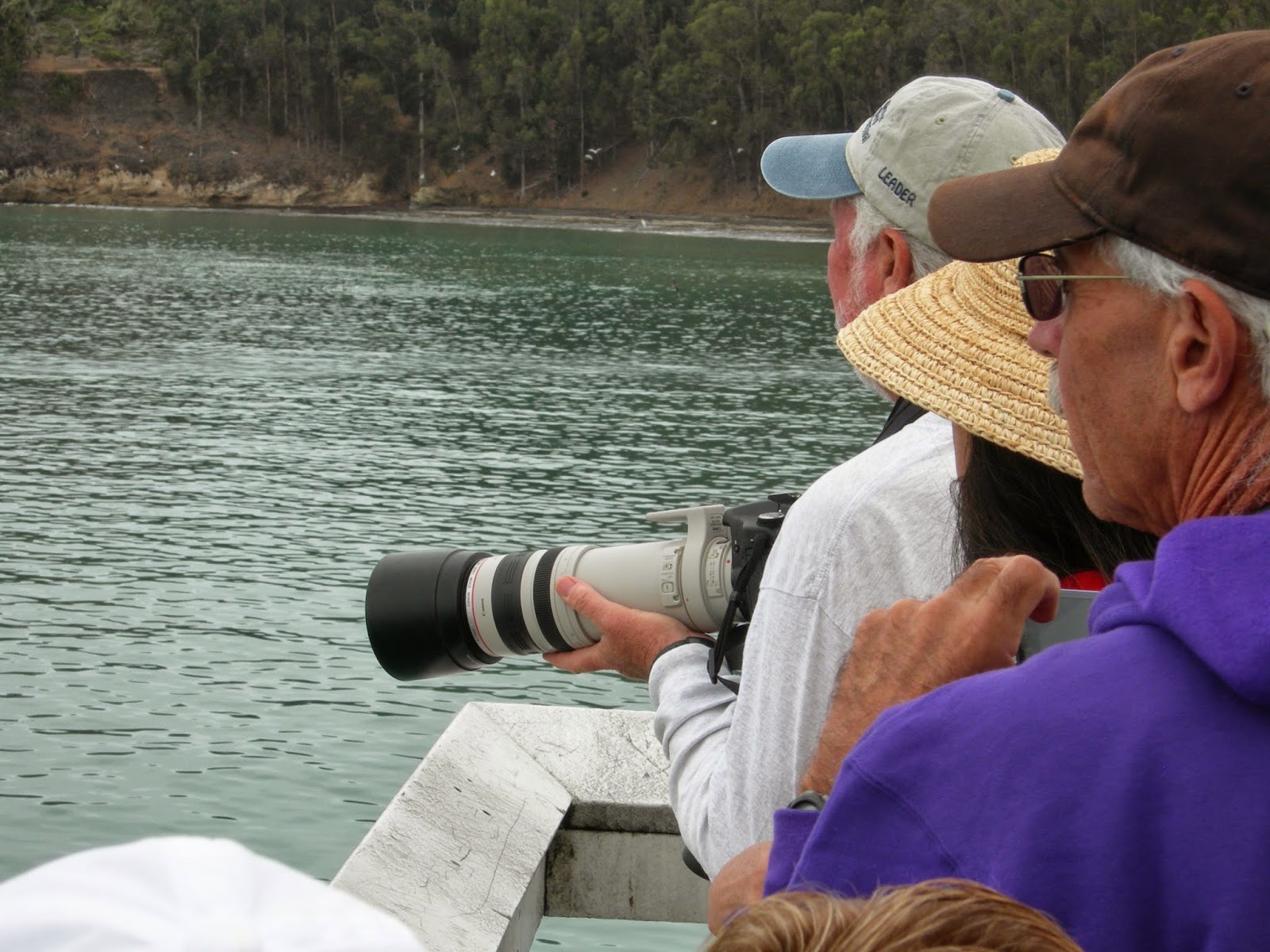 Several nationalities were represented in the growing throng of excited observers. 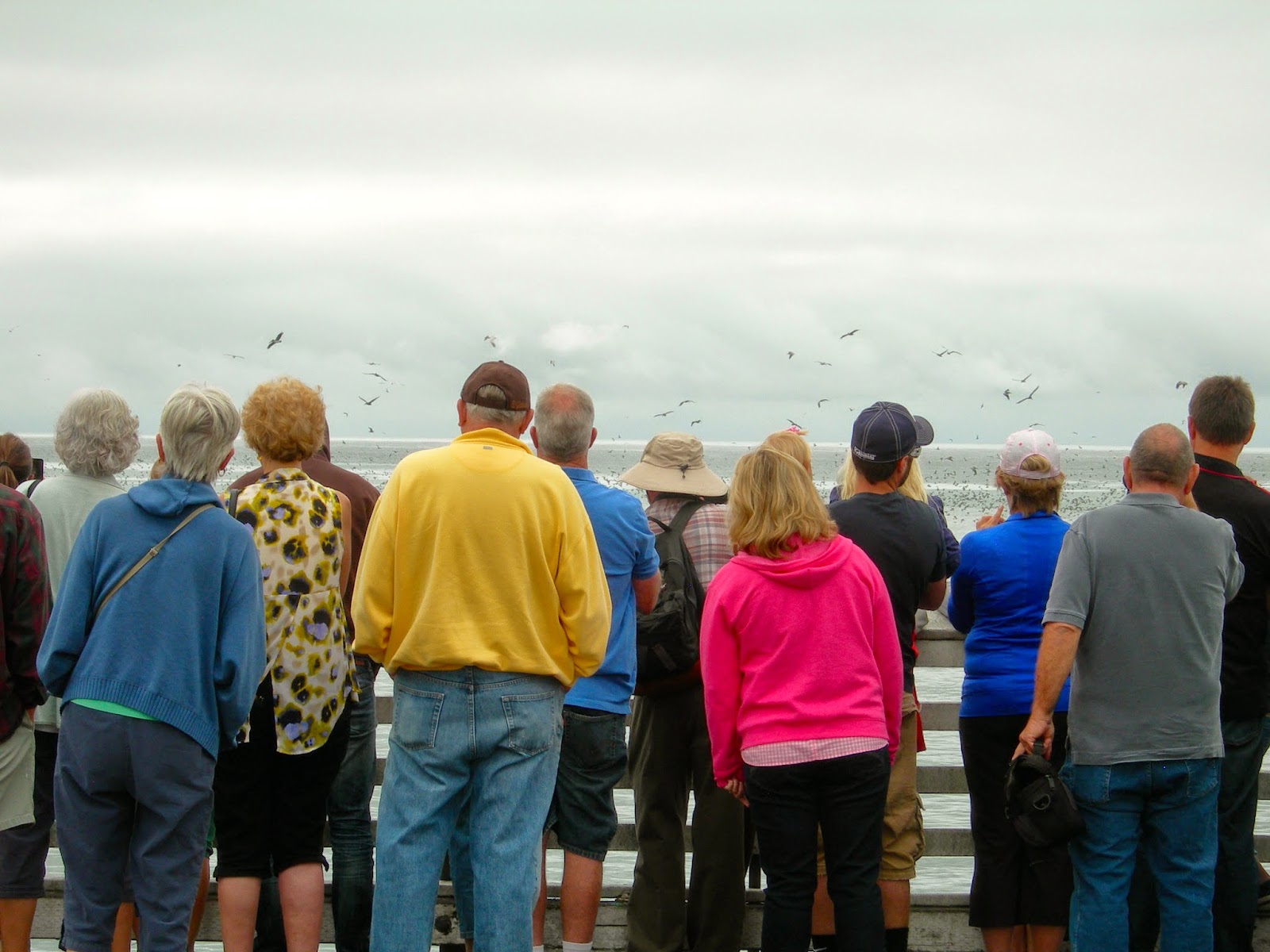 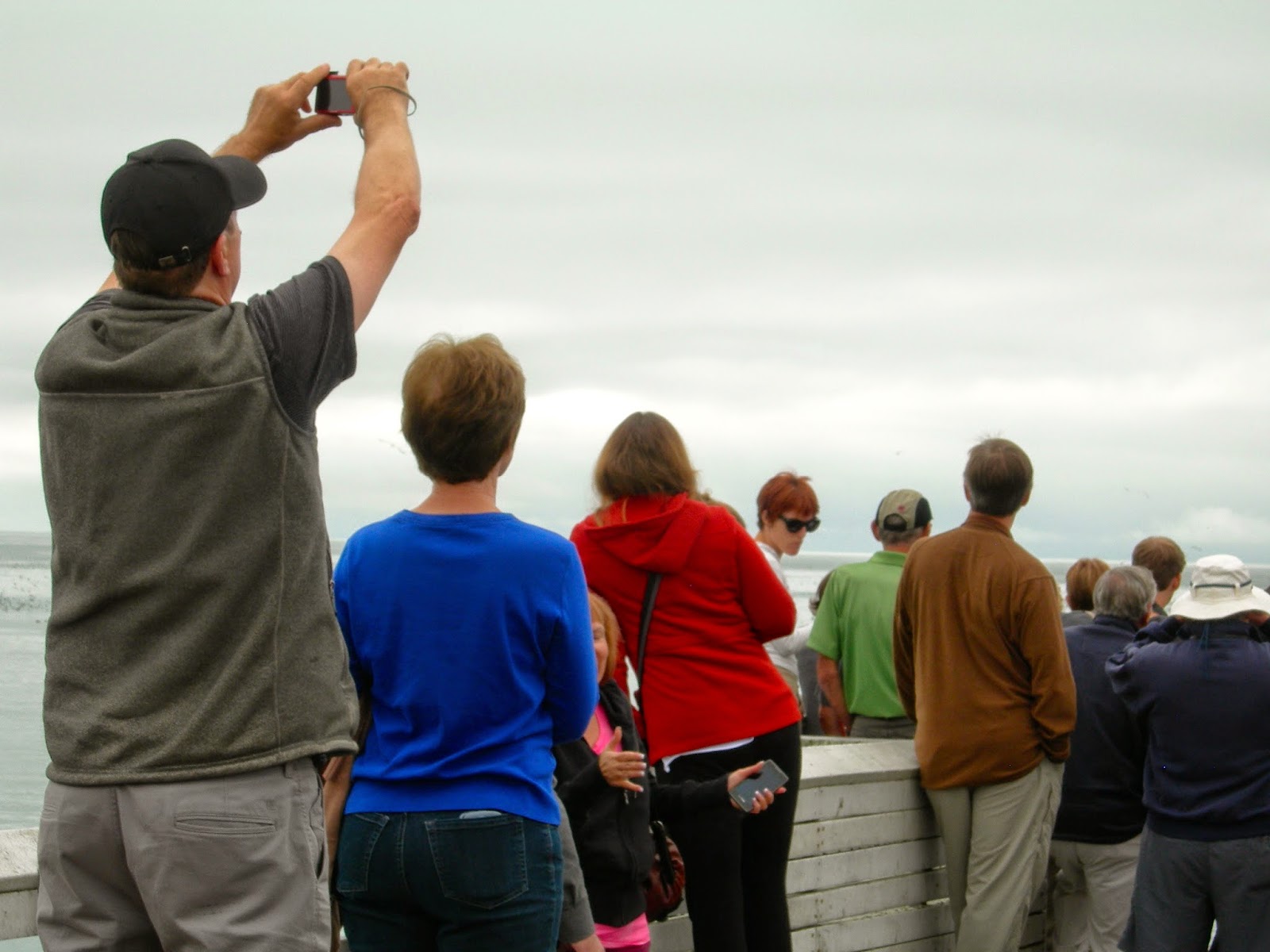 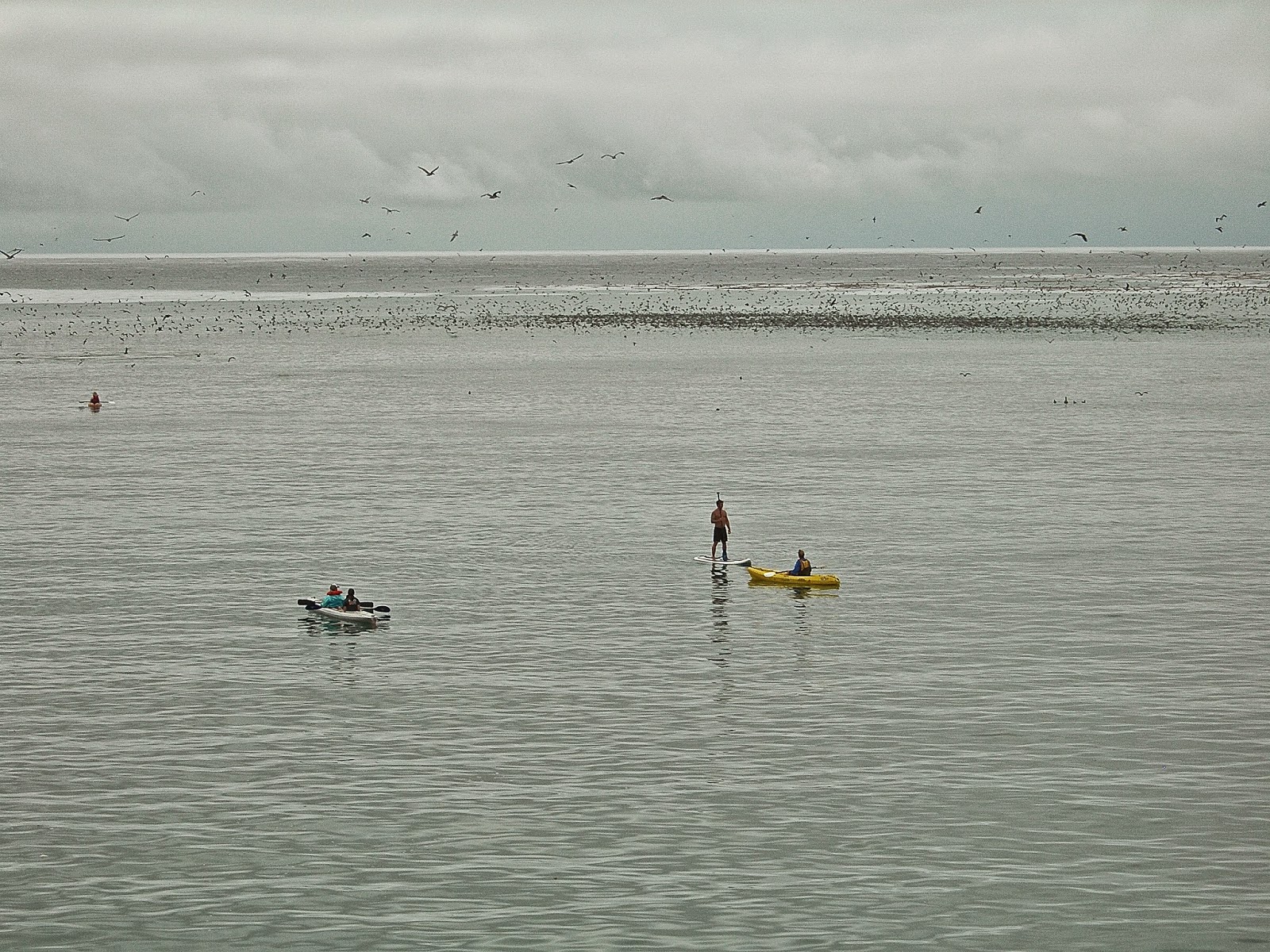 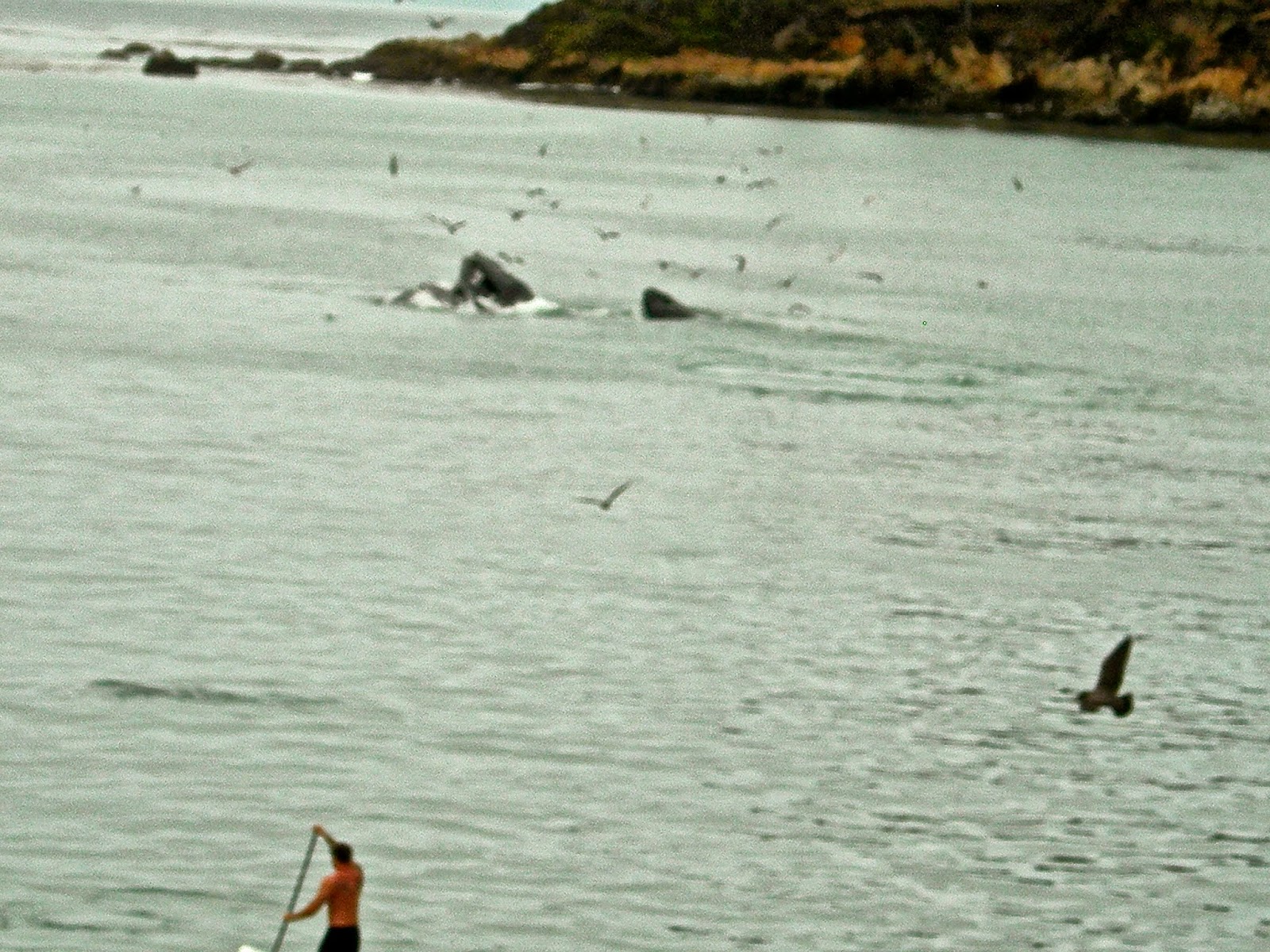 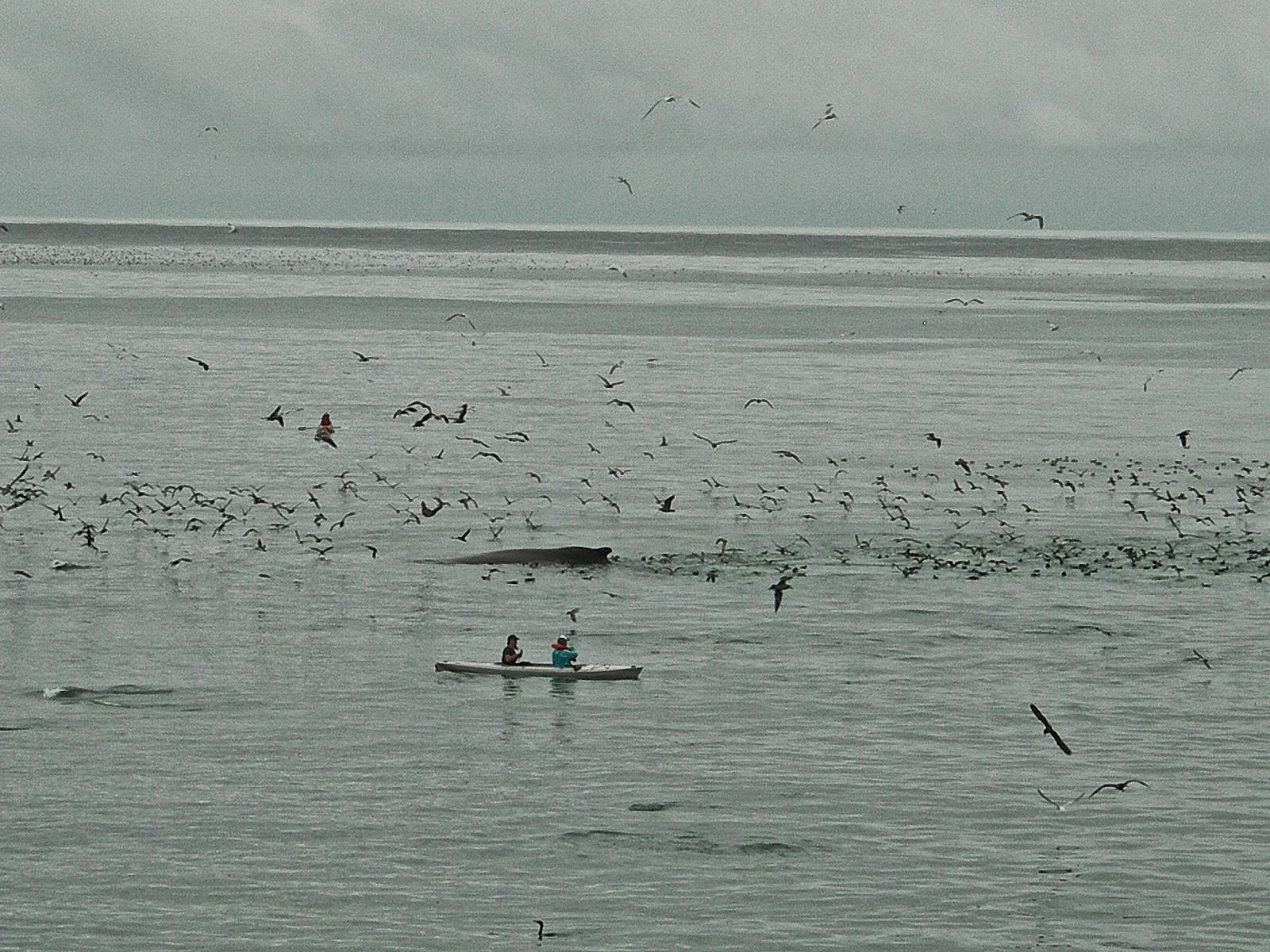 Thousands of images were captured  and my guess is some of the best came from the shooters on the kayak.
THE UNHAPPY BIRTHDAY
THROWBACK 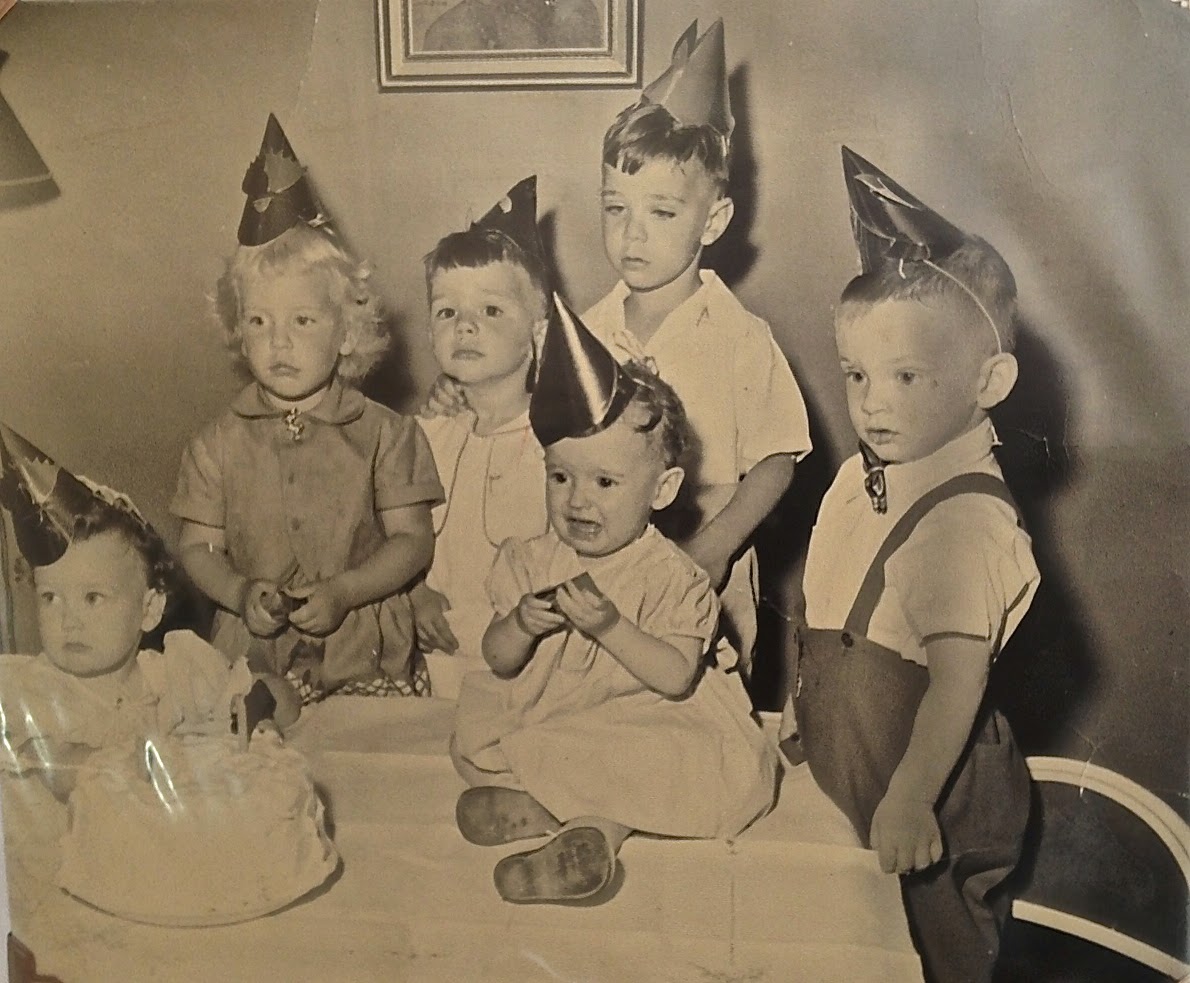 It was brother John's second birthday. He is standing between Susie, the blonde and yours truly, the big brother. None of us look too happy.  Kathy, the little gal on the left must be looking at her mom off screen.  Sorry I can't recall the name of the little gal in tears.  Mickie too seems mesmerized by something off camera. John looks perplexed and I look a bit sad that it's not my cake, that or it was nap time!