GOOD THINGS
(For the Dylan surprise and the Super flop
read below--but first....) 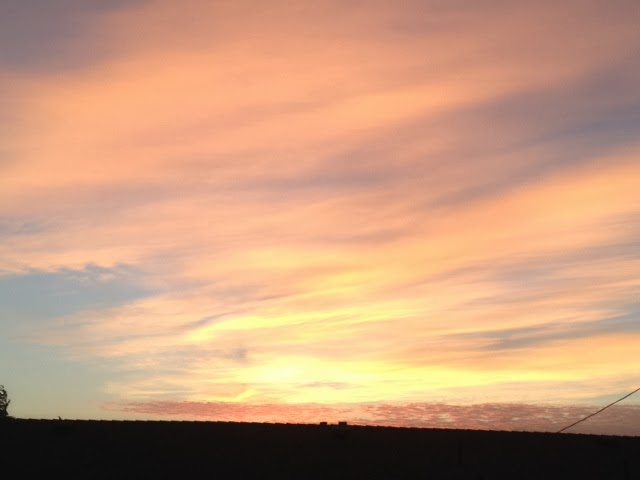 A painted sky, from the deck of friends Jacque and Mike.
THE FIRST RAIN OF THE YEAR 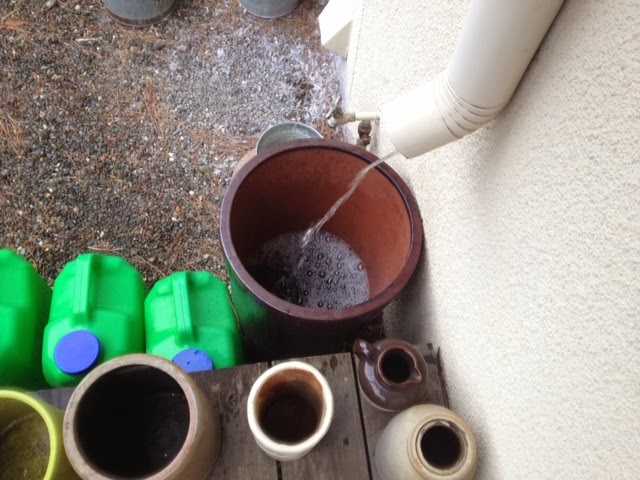 The California drought was dampened with a bit of rain on Super Bowl Sunday.  A little more than an inch fell in the first measurable rain since last year, but conservation minded Californians went to work gathering what we could. 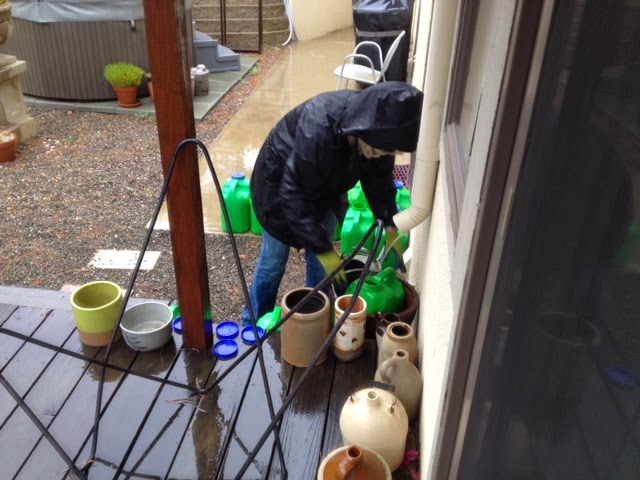 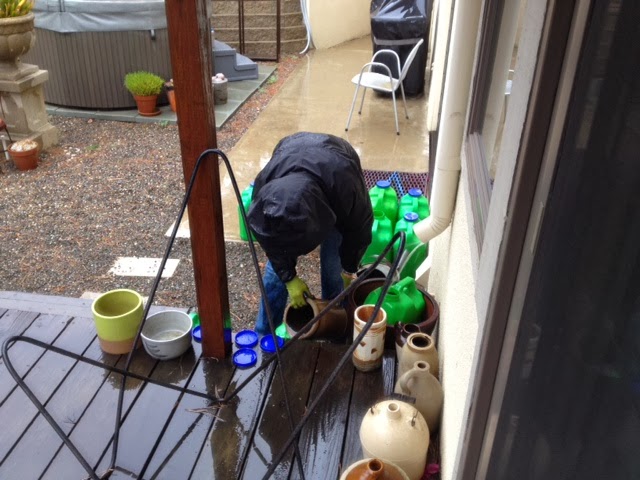 The harvested rain water will irrigate a vegetable garden. 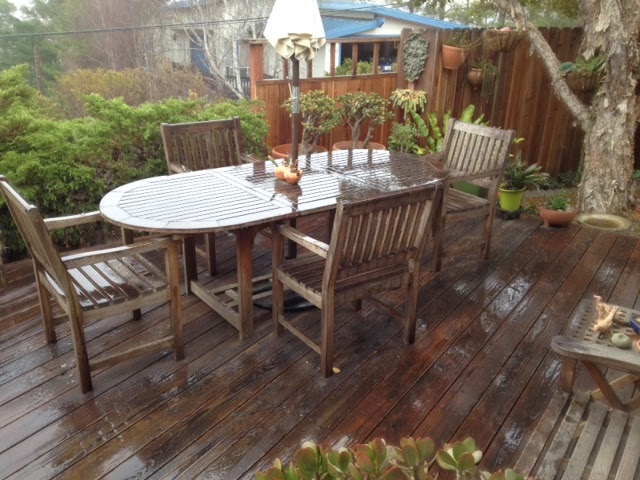 All communities ought be more aggressive in harvesting rain flow. 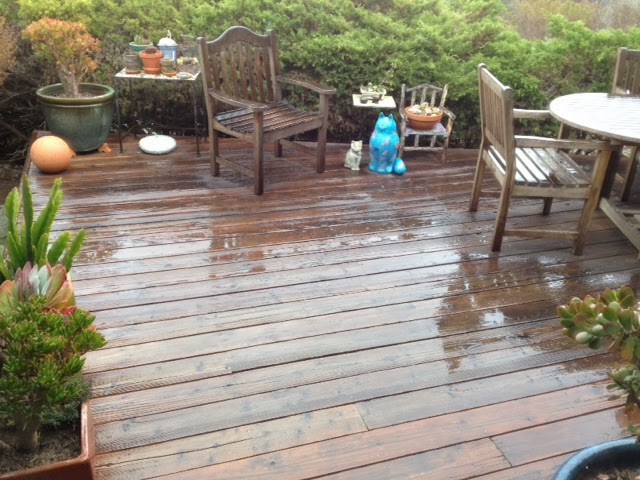 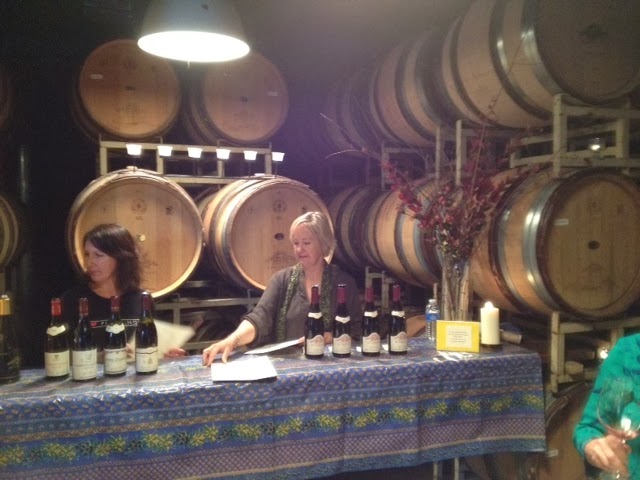 Comparing French Burgundy to Windward Pinot. Vintage tasting from 2000 to 2014. Our favorite was Windward in each year and these women are two of the best wine hostesses in the state, any year. 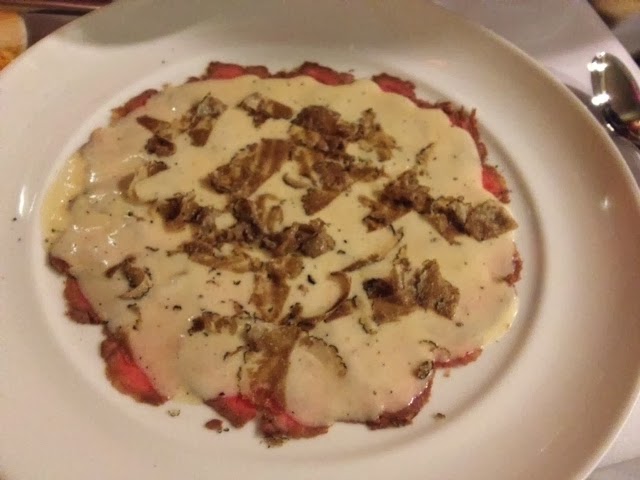 Carpaccio covered with a Parmesan and truffle sauce! 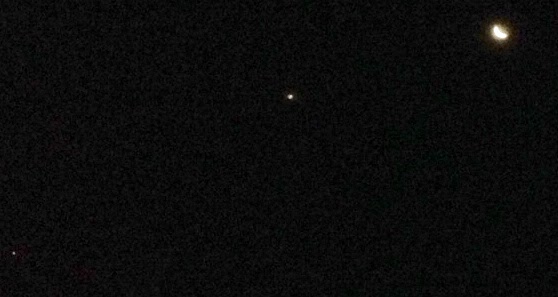 Catching the Moon and Venus in a ballet. 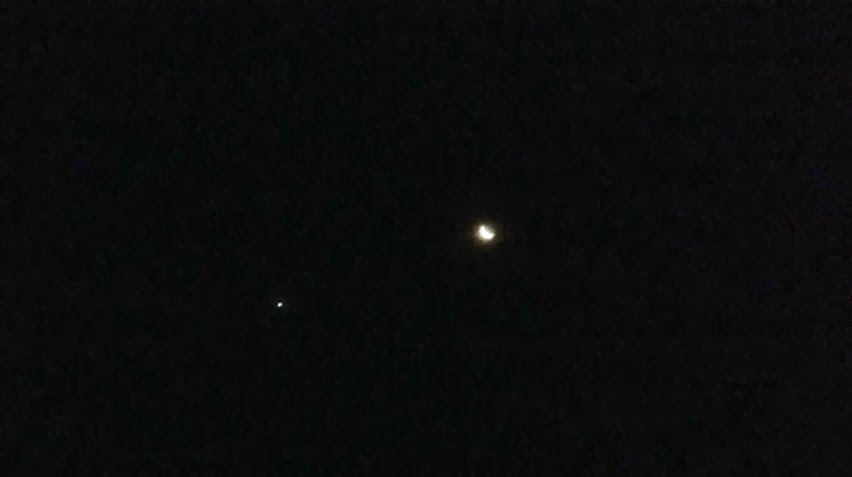 And one more look at a rain wet deck-a delightful scene to dry Californians. 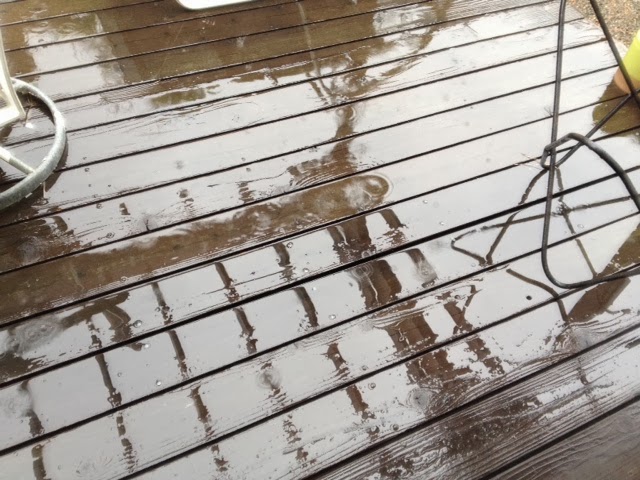 Disappointed by the Super Bowl-not just the outcome, but the lack of excitement, balance, and competition.  Seattle's defense was relentless and effective. Denver's was not.
It is almost a sport to criticize Peyton Manning today, though not fair or objective. Manning never really got a chance, his line did very little to help, though his performance still set a record, but is of little consolation. Seattle's offense and especially Russell Wilson were champions. Seattle won the game, handily and deserve accolades.I wish it would have been closer, just because it would have been more fun. And while the Red Hot Chili Peppers are fun, I would have preferred a half time show with more Bruno Mars and less Peppers. But the party was cool, the company was great and the food was good, so, why should I complain.  Go 49ers!
And while some of you are yelling "sell out," I was knocked out by the Bob Dylan Chrysler commercial. I certainly didn't see that coming! I was surprised that he'd do a commercial, yes, but I loved the tone and vibe of the piece he did.
I can't understand why folks would be upset. After all the music biz is just that, a business. Why shouldn't a poet, songwriter or rock star be able to earn a bit more by doing a commercial? It raises the quality of the advertising. Are artists supposed to give away paintings, or songs, or novels? I'm not sure it makes me want to buy a Chrysler, but I give them credit for making the American road, a patch of Highway 61.

See you down the trail.
Posted by Tom Cochrun at 12:40 PM