McCONAUGHEY AGNOISTES and WHAT EMERGES FROM THE SEA


Two current works have put Matthew McConaughey on the screen as an actor who has mastered the role of an agonist.
Most of the current buzz and accolades are for his remarkable role in Dallas Buyers Club. That role personifies this idea of a man in conflict-a hard partying rodeo cowboy/electrician homophobe who becomes an advocate- combatant in the early HIV/Aids crisis.
True Detective writer/creator Nic Pizzolatto has given McConaughey the role of Rust Chole, a vehicle where the actor has taken complexity and a cosmic level of brooding to a new level of brilliance in a haunting performance that achieves mastery.
Pizzolatto's story line has McConaughey and partner Woody Harrelson as Martin Hart, move backwards and forwards in time as they encounter a bizarre and grizzly crime. The evolution and spin in the character Rust Chole, the nuance, ticks, tautness and unique personality is absolutely stunning to see. The ownership and  demonstration of the character is powerful enough that his behavior in the internal affairs interview process will establish a level of interpretation like that of Robert De Niro's Travis Bickle.
Truce Detective is an acquired taste and its field of play is more gritty than some will appreciate.  As a young reporter I spent a few years on the street, during which time I covered the police beat and became friends particularly with a couple of homicide investigators. These guys lived that twilight reality 24/7 while I was merely a tourist. I am still haunted by things I encountered in that world where work begins after someones violent death. Pizzolatto, McConaughey and Harrelson weave a pattern of that life in an exotic drama. Once you see McConaughey's work, it will sear an impression upon you.  Powerful stuff on the screen.

SAN SIMEON COVE
Evidence of a diverse yield from the Pacific was splayed around San Simeon Cove on a recent afternoon stroll. 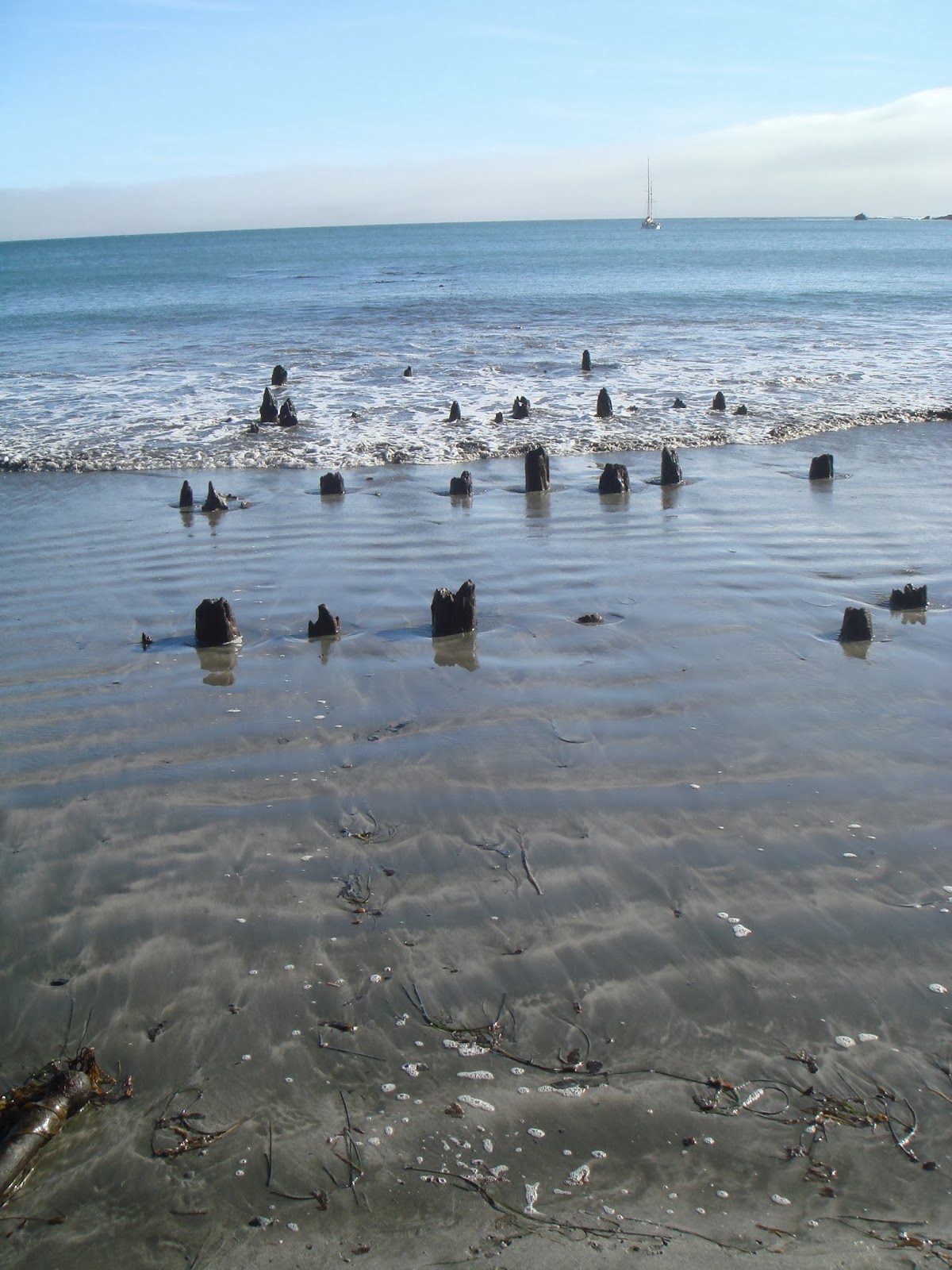 Wave action reveals pilings from an old pier, perhaps the original that William Randolph Hearst constructed to unload artifacts and remains of European villas, churches and objects of art for his own castle up the mountain. 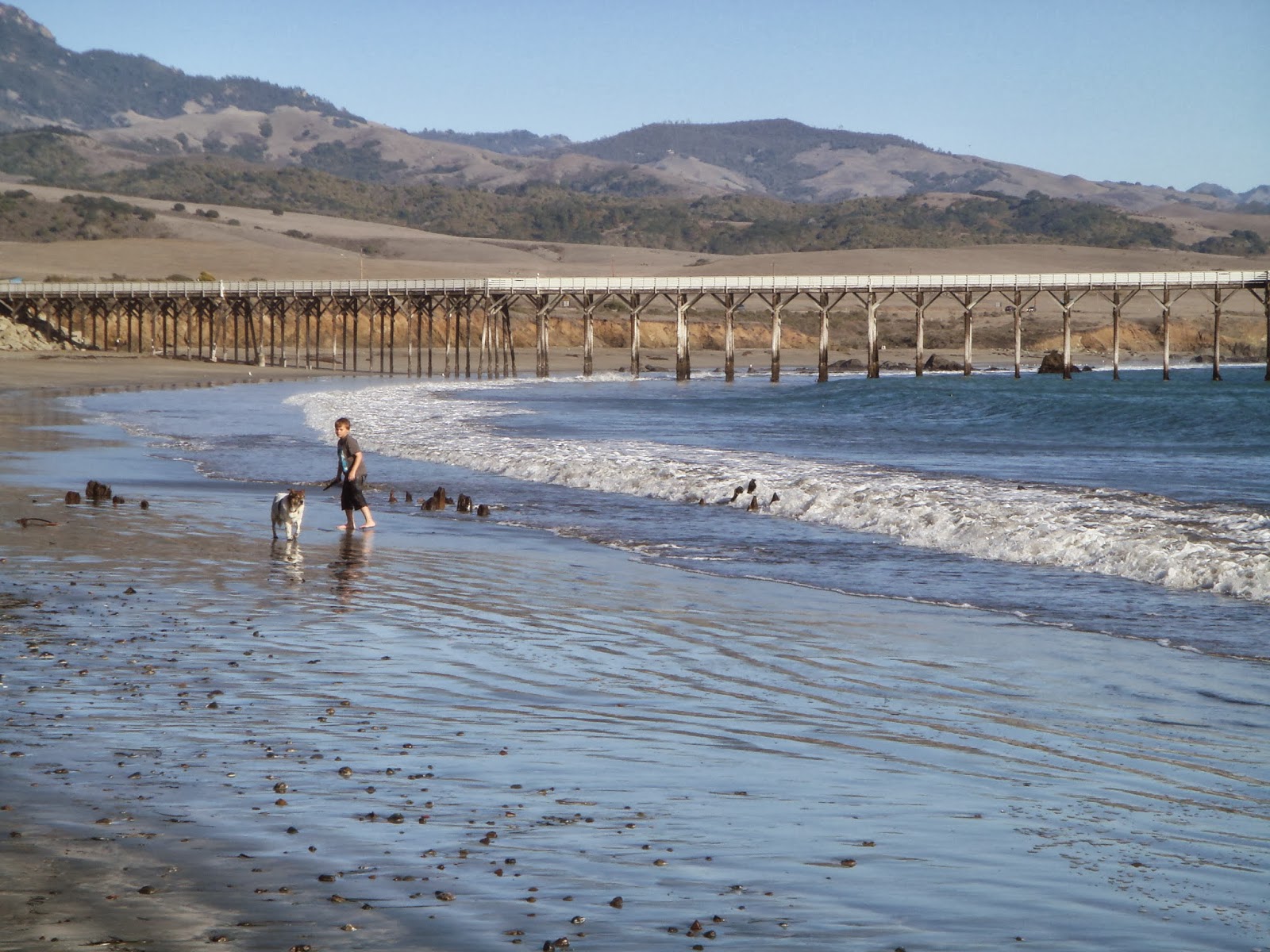 Pieces of whale vertebra are being unearthed by the sea. 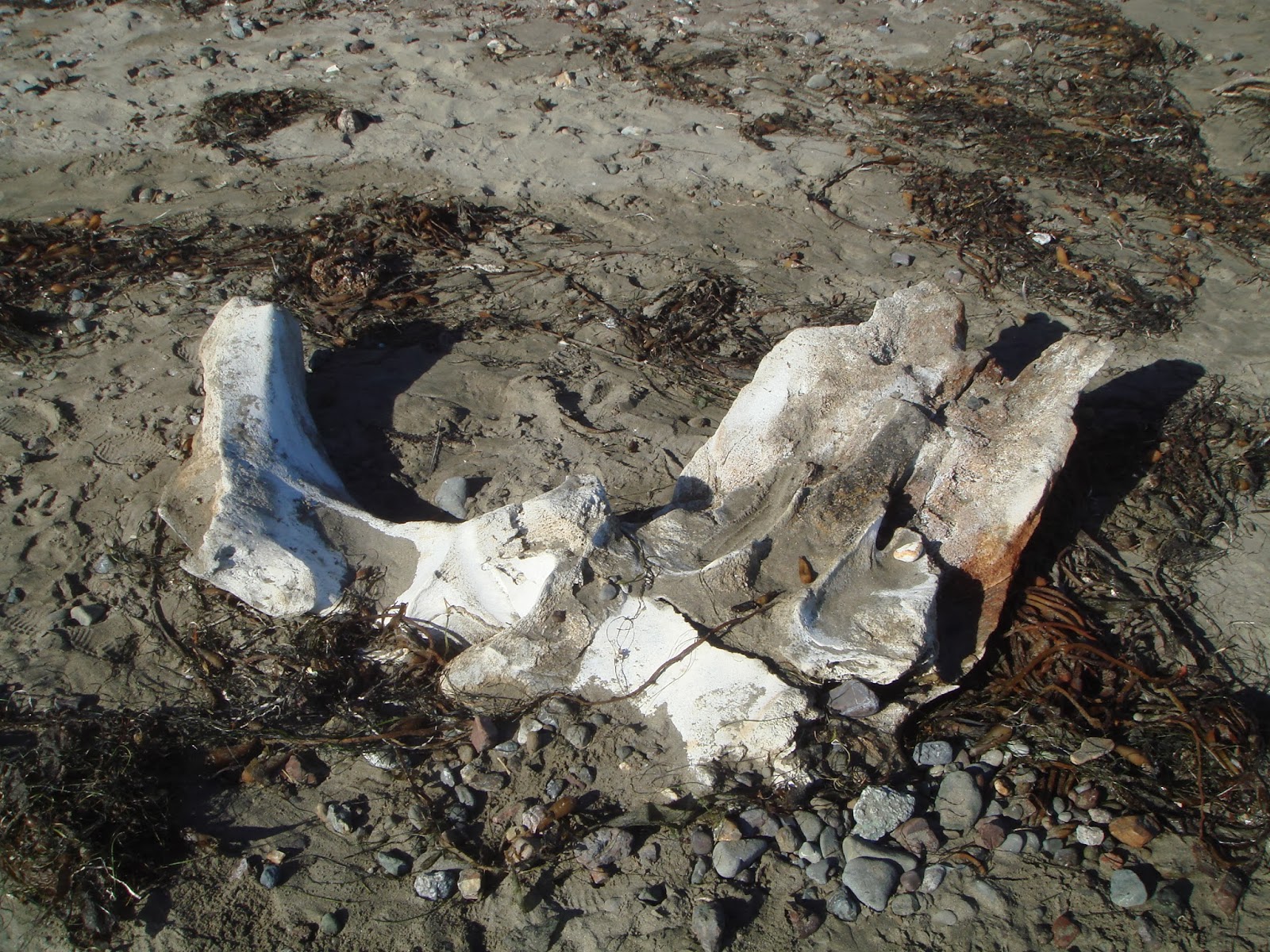 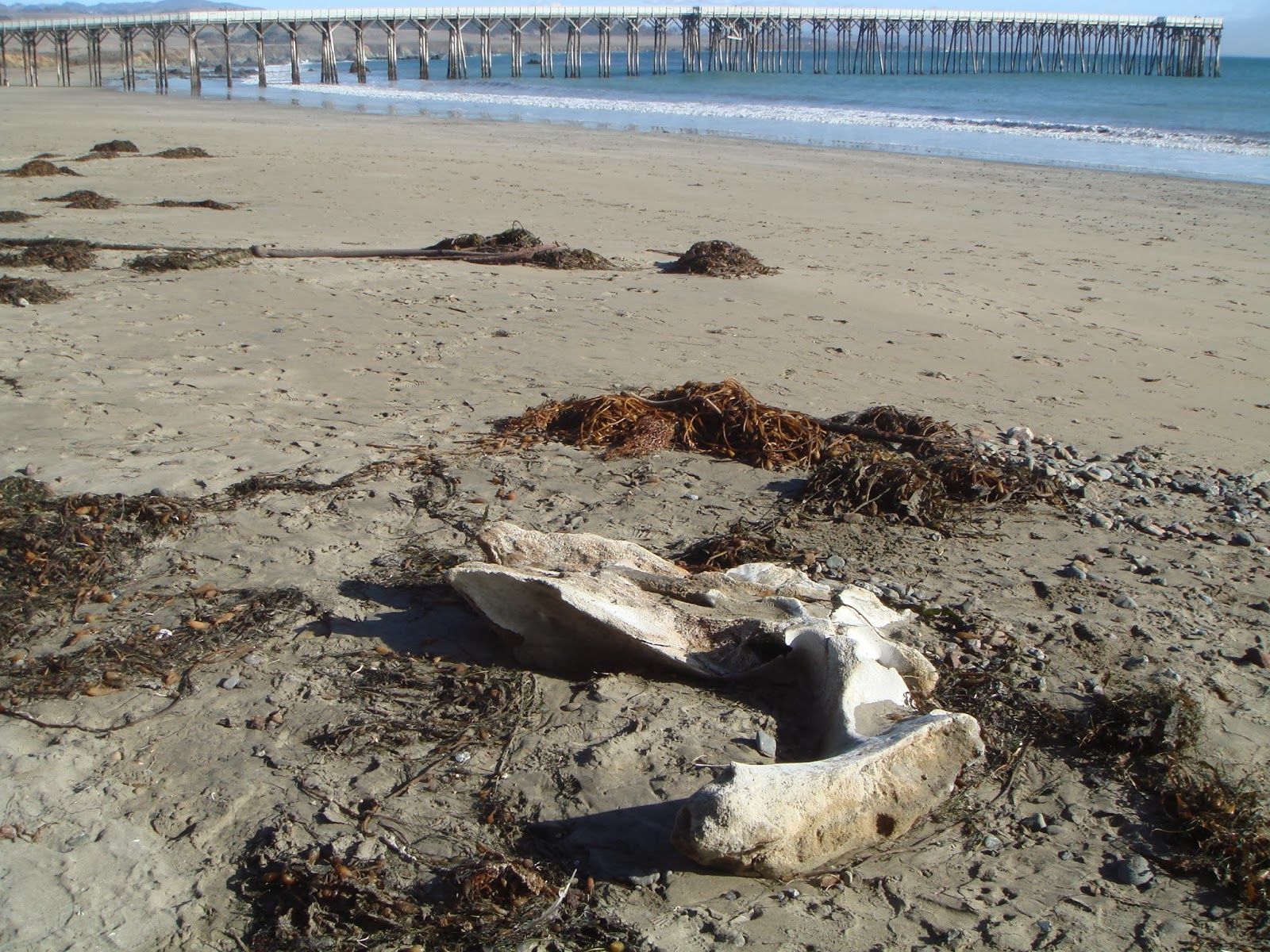 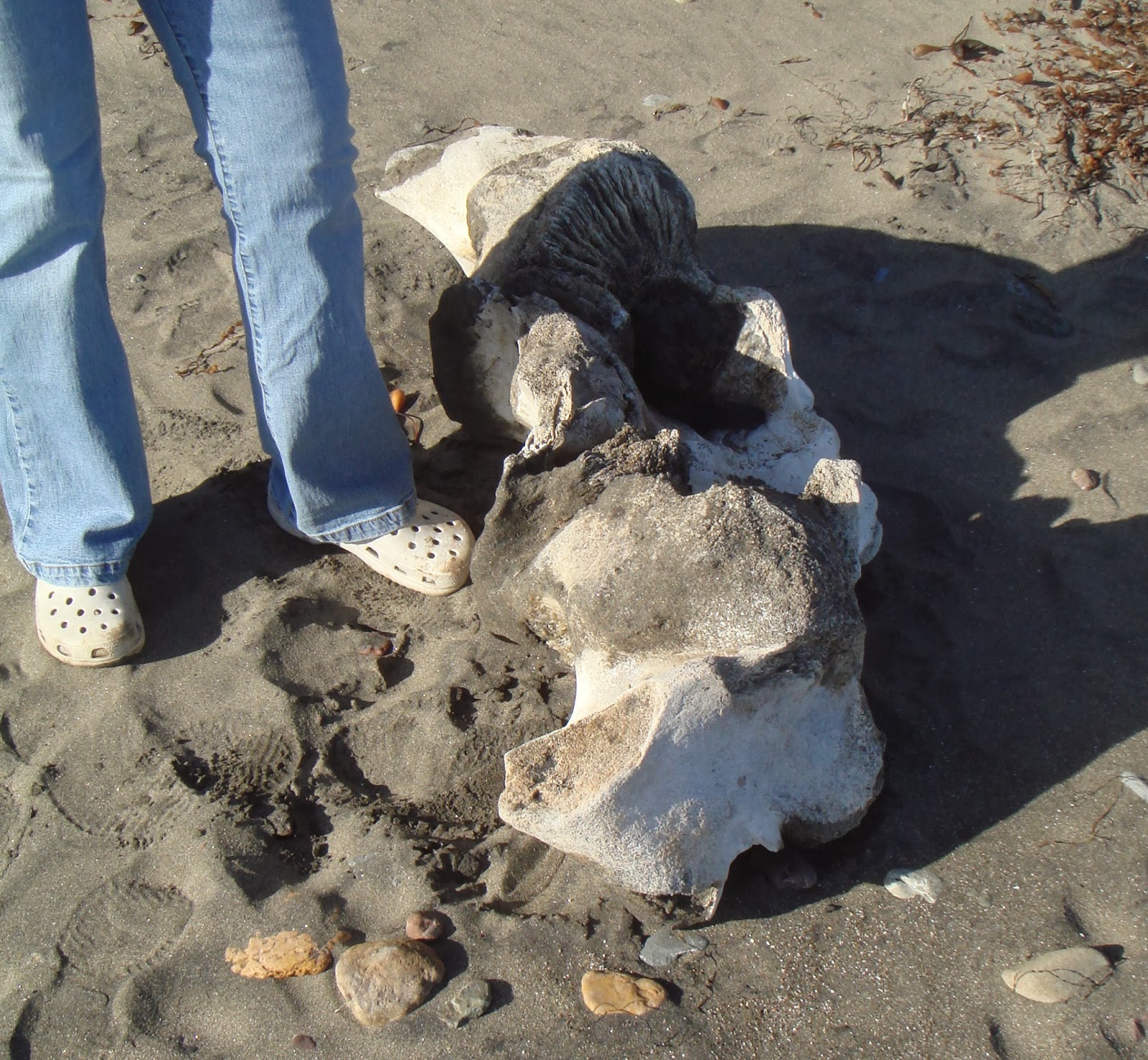 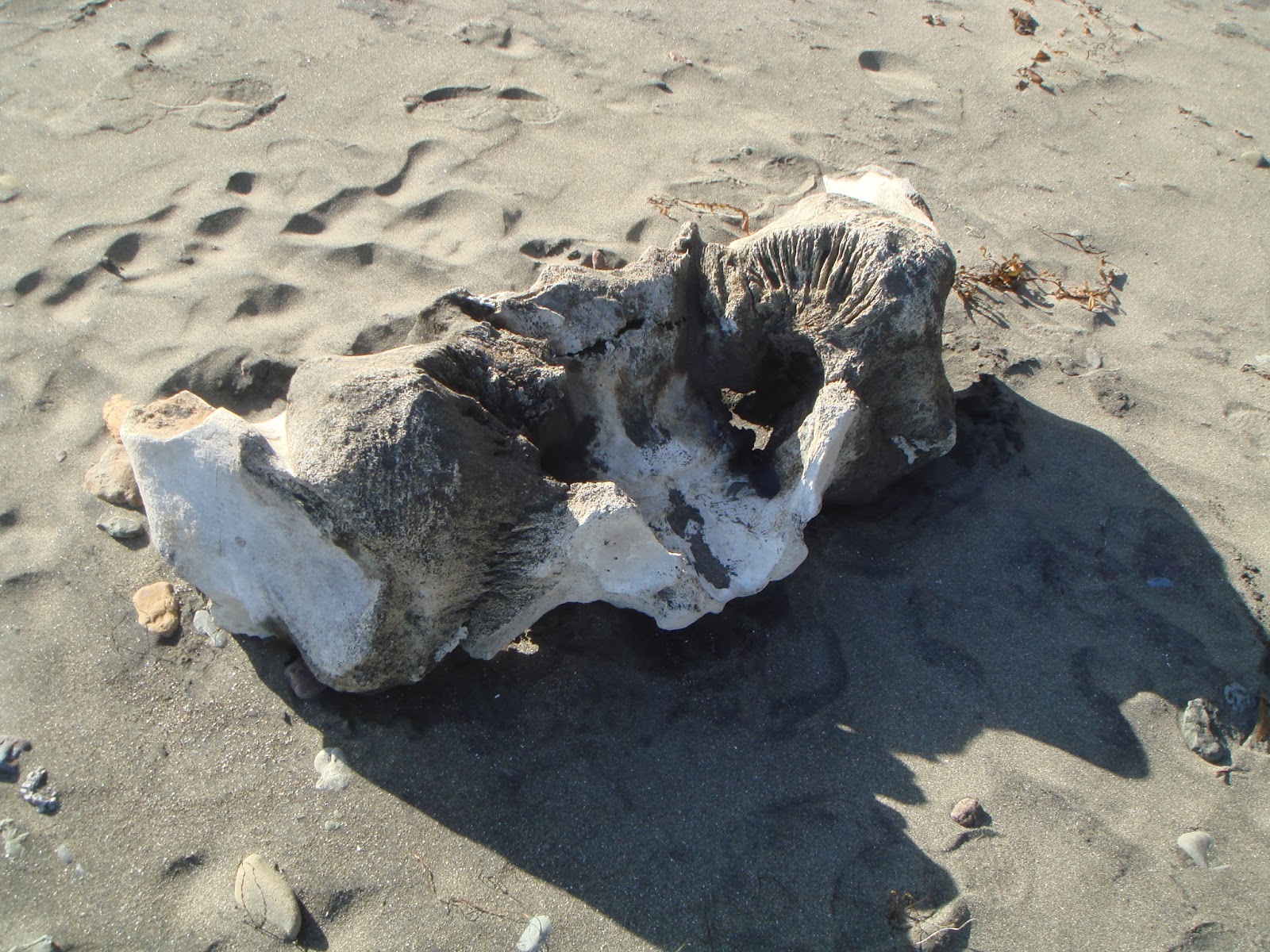 And only barely more lively are elephant seals, who have wandered far from the colony to find peaceful venues for a snooze. 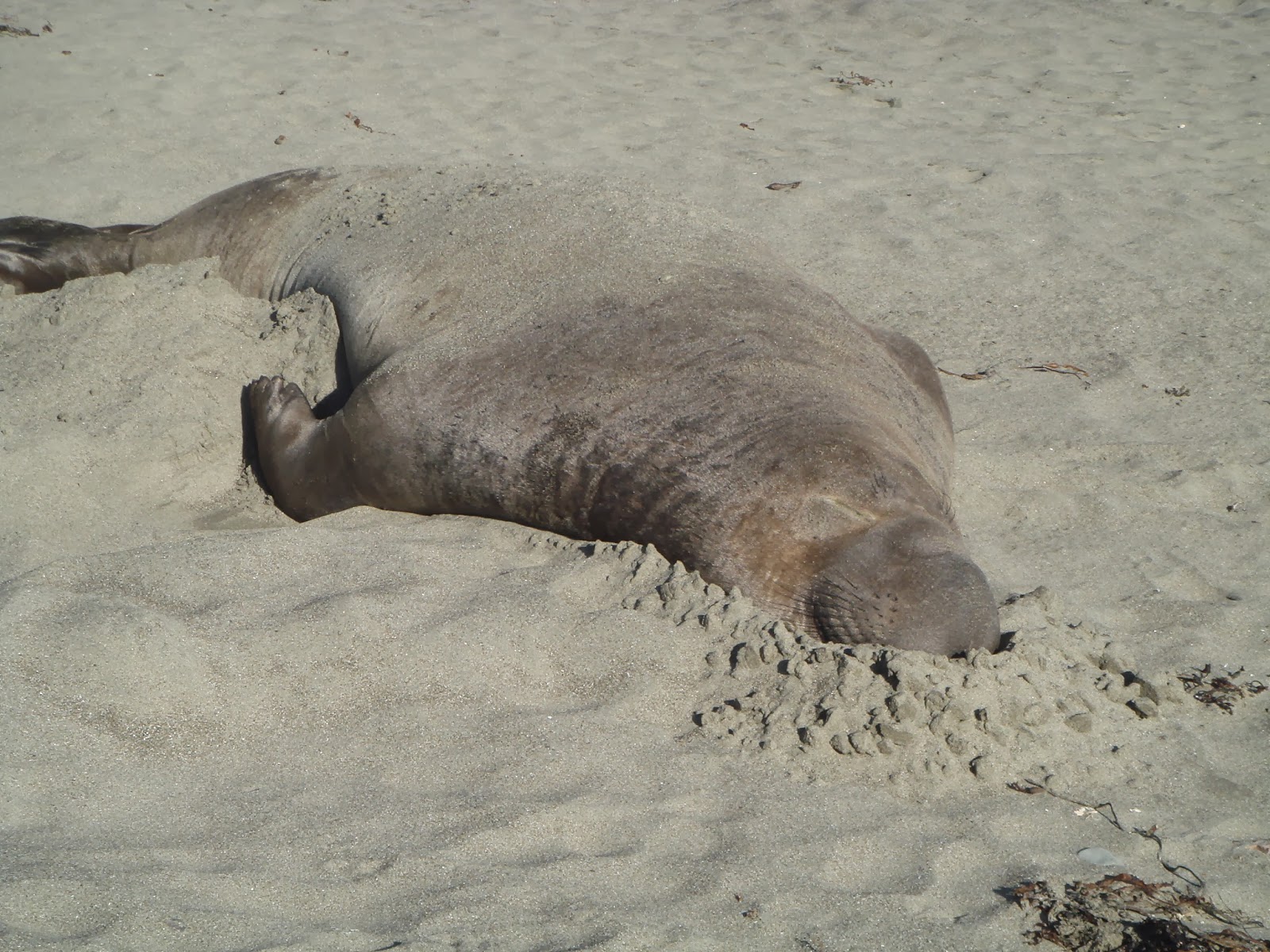 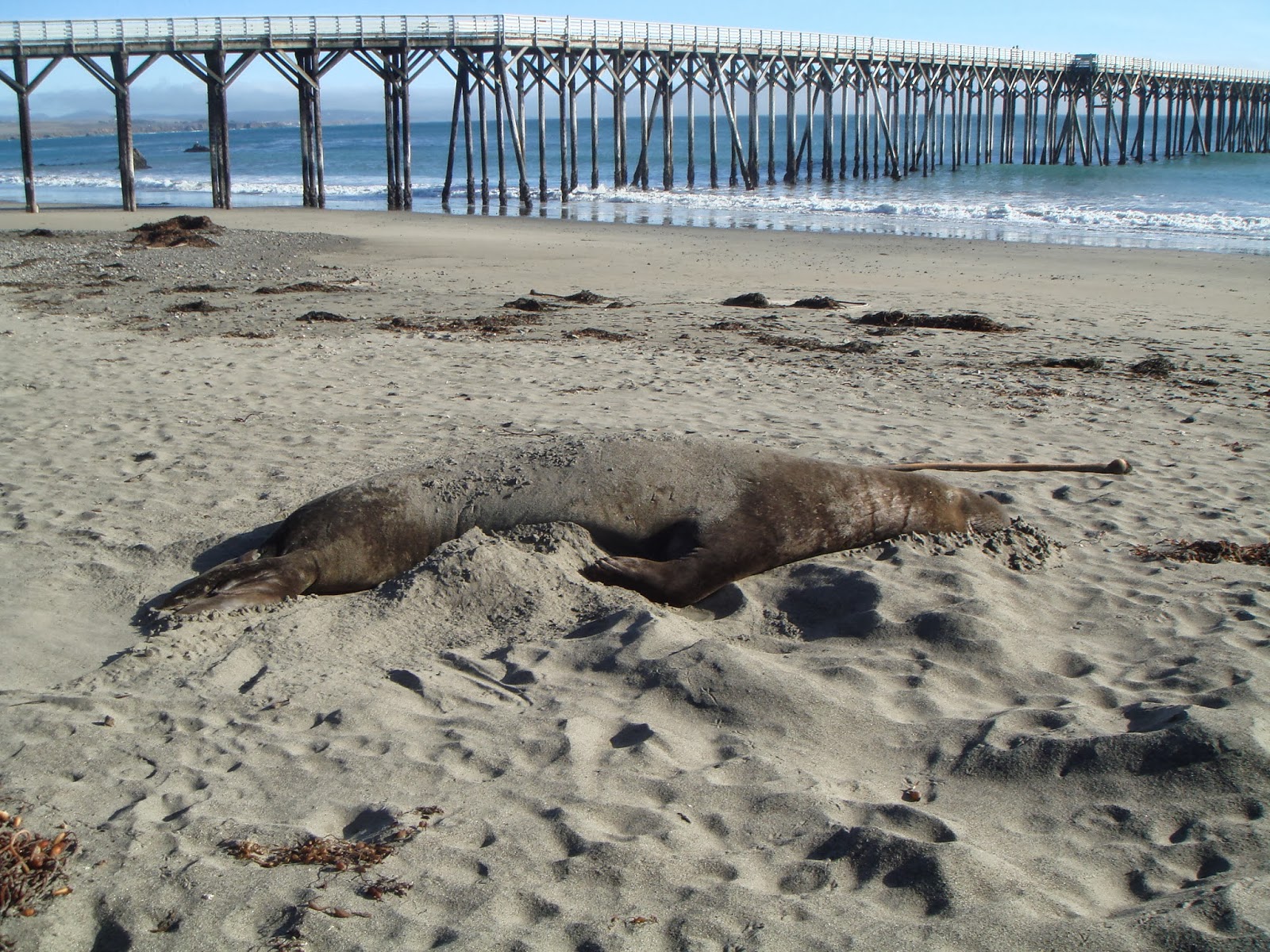 While this more junior member chose a spot on the parking lot. 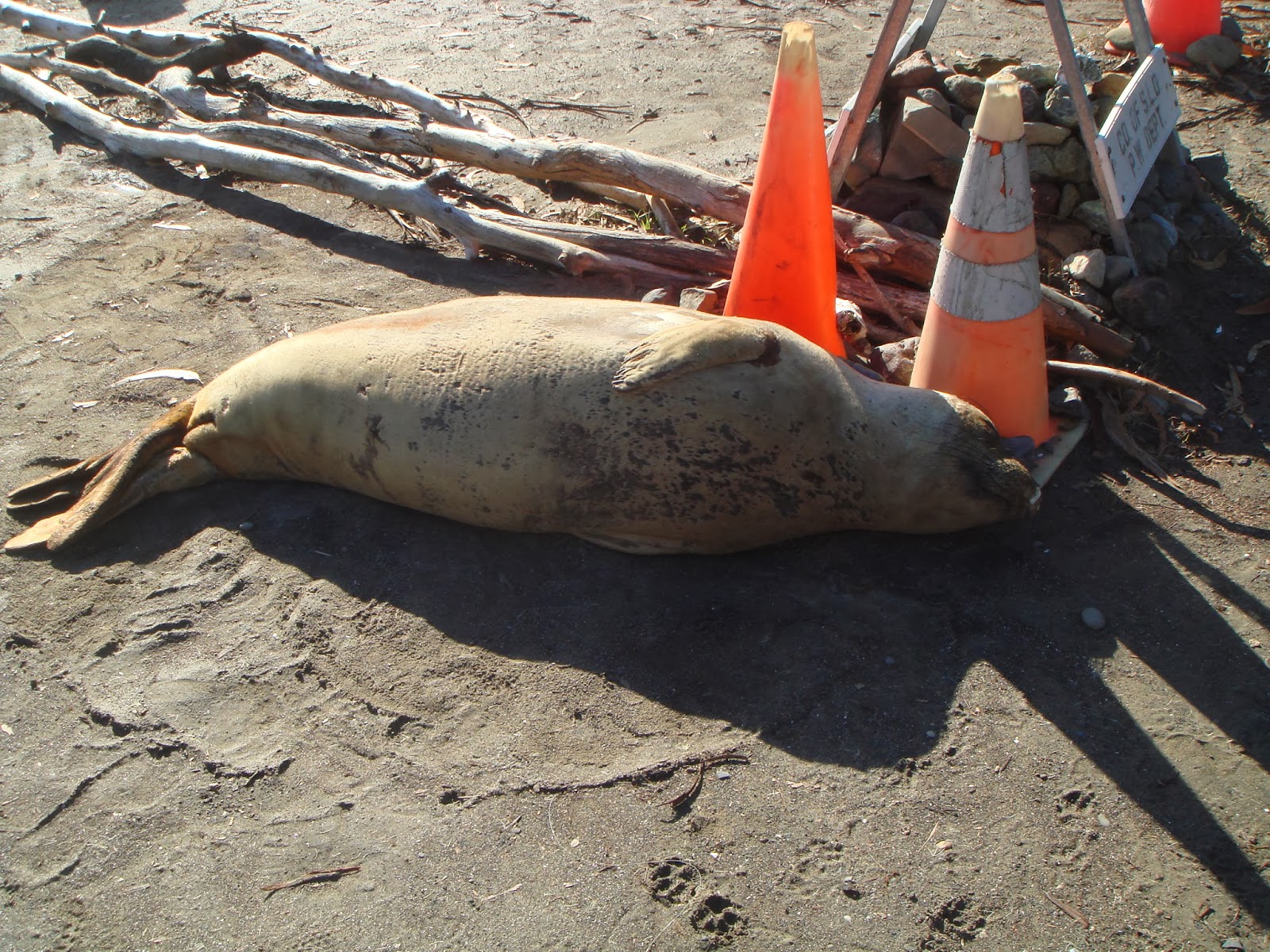 See you down the trail.
Posted by Tom Cochrun at 11:13 AM