ENCHANTED AND ENCHANTING, NO HATE HERE! AND THE CLOONEY CONUNDRUM 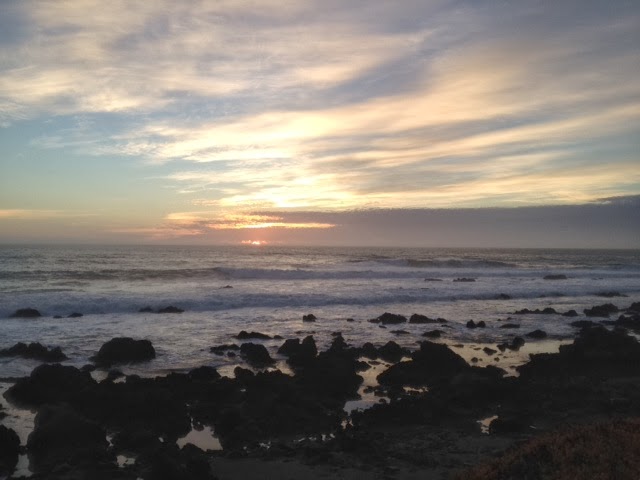 Pacific coast evenings are the stuff of novels or cinema. 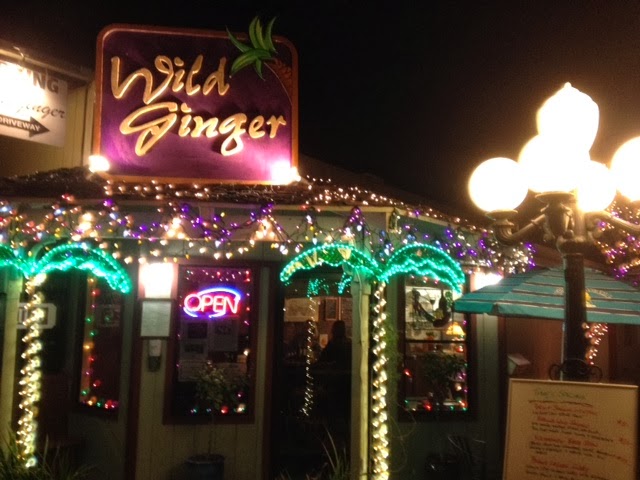 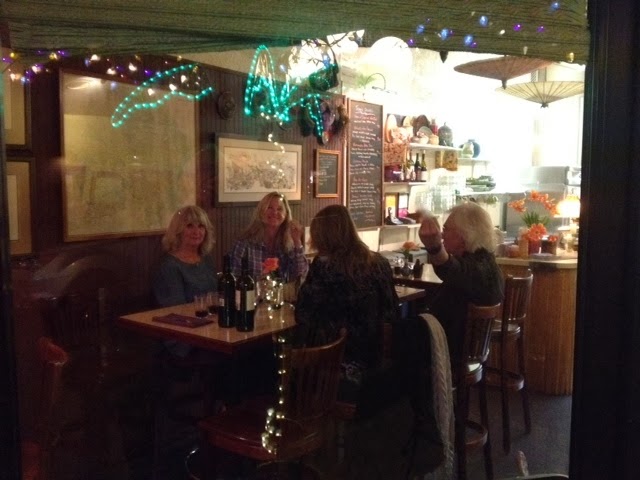 Cozy, eclectic and exquisite dinning with family,friends   and sometimes with "show biz" luminaries. Part of the unique vibe.
THE MONUMENTS MEN
I don't understand why there is such a disparate range of reaction to George Clooney's latest project-The Monuments Men. I wouldn't nominate it for a film of the year, but it is a good film, entertaining and important. Important because it tells history, revealing a little known aspect of the larger destruction of WWII. But some simply do not like it and find faults that I did not see.  It's a great cast, with subtle but studied performances. The film moves by story line, a creative treatment of what actually happened. Had it not been for this special team the Nazi horror and the Allied bombing response would have extracted a cost that fortunately  we do not have to calculate.  Still the film has moments of poignancy as we contemplate what Germany under Hitler did, the barbarity of his mad plans and the extraordinary human toll. It reminds me of a good 1940's film. There is a kind of reminiscence of combat films I saw as a kid, but minus all of the shoot 'em up with more emphasis on the team played well by the entourage cast.
Is a painting worth a human life?  President Truman asks that question but getting to the answer requires a bit of knowledge and Professor Clooney provides that in a history lesson, entertainingly delivered.  We are better because of knowing it. Thank you Robert Edsel for the book and Clooney and Grant Heslov for the screenplay and movie. 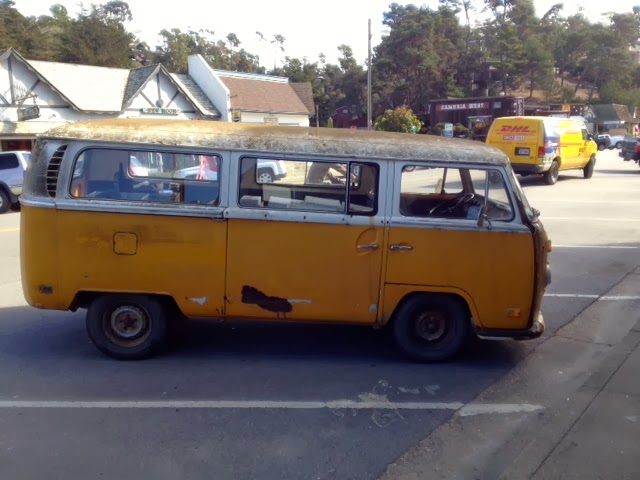 I read once there are more original VW buses on the road in California than anywhere else. After 7 years of residency, I guess I agree having seen more in the last few years than maybe the previous 40 in Indiana. Most are in great shape, but occasionally you see a "project." 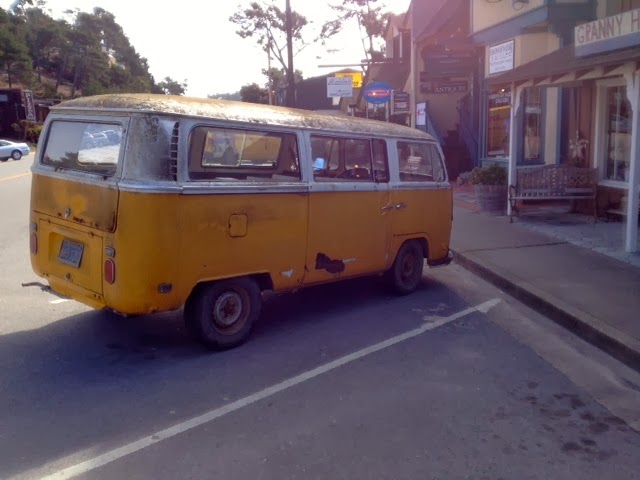 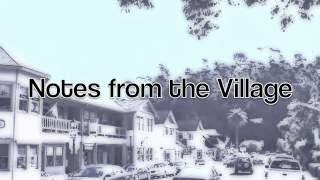 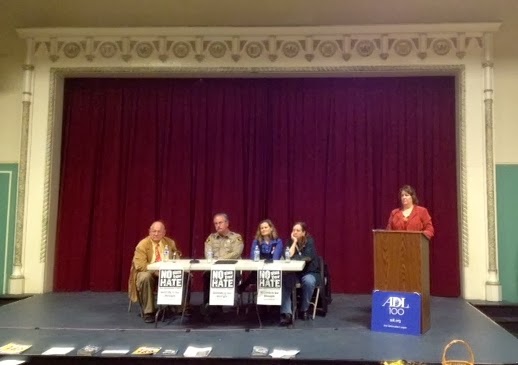 The regional office of the Anti Defamation League (ADL) responded quickly with a packed house community forum after a jerk crawled out of their rat hole. A cranky woman confronted a new pharmacist and said "you look like your Chinese. I don't appreciate you coming into our town taking jobs from white people."  The pharmacist was born in the Philippines and has lived in the US since he was 4. He had recently purchased the pharmacy. As THE CAMBRIAN columnist John Brannon reported, the man got two "nasty notes" in his mail box. It frightened his wife who cares for their 18 month child.
More than 100 people jammed into the auditorium of the Cambria Center for the Arts to affirm support for the man and his family and to discuss how to respond.
The panel included, from left, history professor Emeritus and columnist Daniel Krieger, Commander Jim Voge of the San Luis Obispo County Sheriffs Department and a Cambria resident, Dr. Elizabeth Myer of Cal Poly, an educational expert in bullying and Catherine Ryan Hyde, author of Pay It Forward and 24 other books, representing the LGBT perspective.  Moderator Deborah Linden served ADL and as a former Police Chief in San Luis Obispo.
As Commander Vogue and former Chief Linden affirmed, a hate crime incident is so out of character for Cambria. NO HATE HERE buttons, posters and bracelets are showing up around the village. Many have made a point to voice their support of the pharmacist. In more than one way, it takes a village.
You can read The Cambrian editor Bert Etling's report here.
See you down the trail.