THE MAN FROM VIRGINIA

ANOTHER VIEW OF
"THE FATHER OF AMERICA" 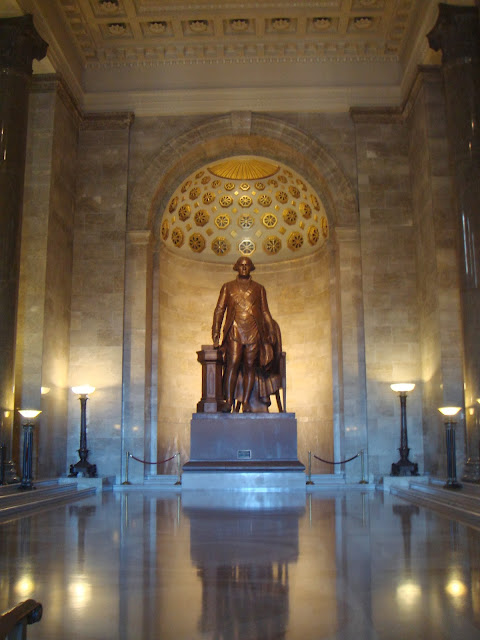 I wonder what George Washington would say about the McAuliffe and Cuccinelli race for Governor in his home state. 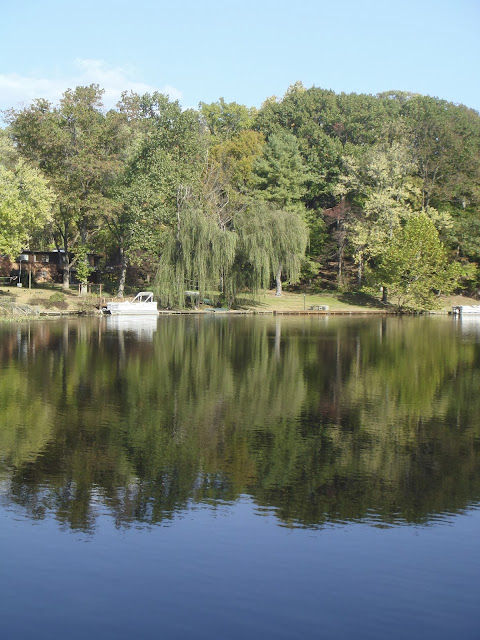 Not far from these peaceful Virginia settings are ever present yard signs of the campaign battle. 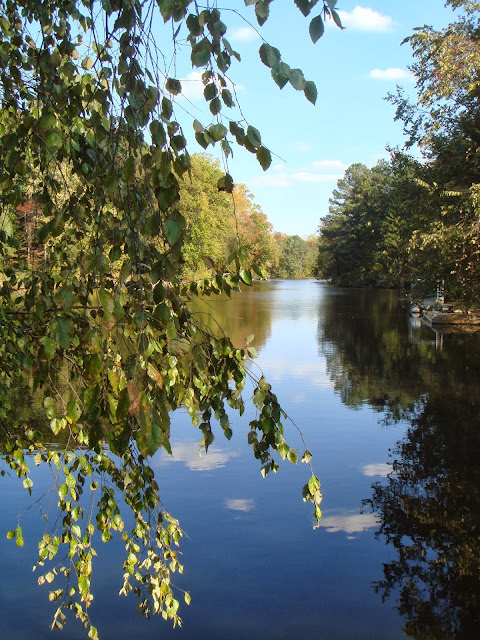 Million$ have been spent on a nasty media war in Virginia.  So I come back to George and wonder. 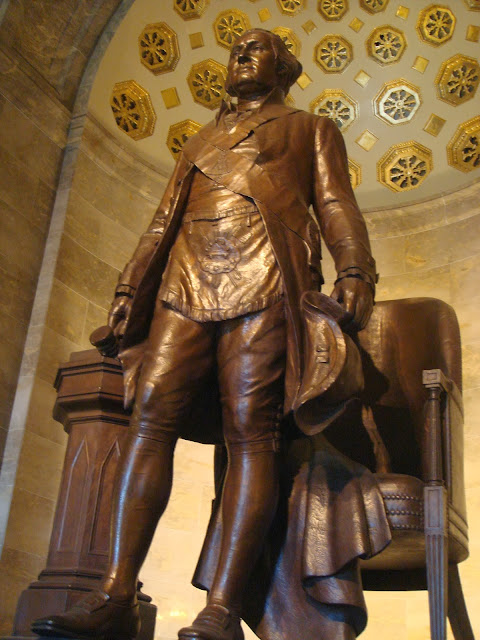 We can see Washington through another lens than the iconic and idealized view we get from our American history lessons. 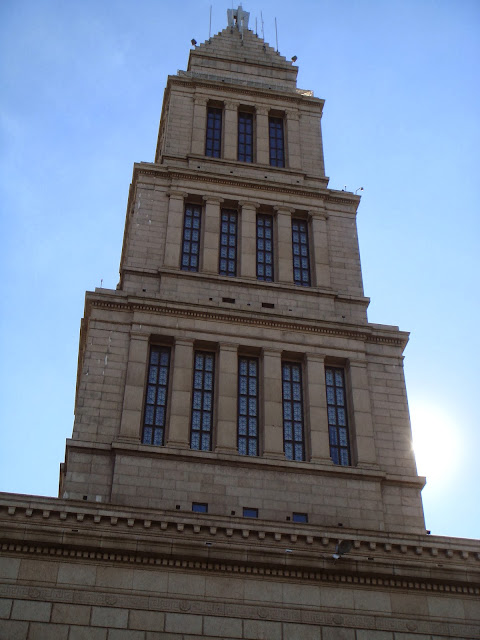 Washington was a member of the Masonic order and he is memorialized in that more personal way in Alexandria Va. 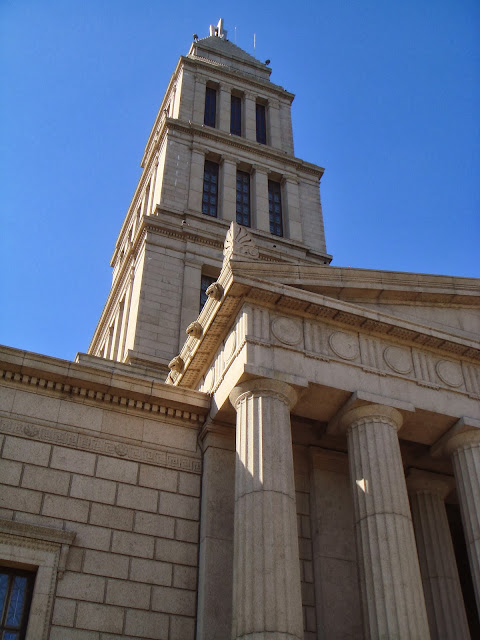 The Washington Masonic Memorial was started in 1922 and completed in 1970. Washington's personal life is curated as is his role in the Masons. 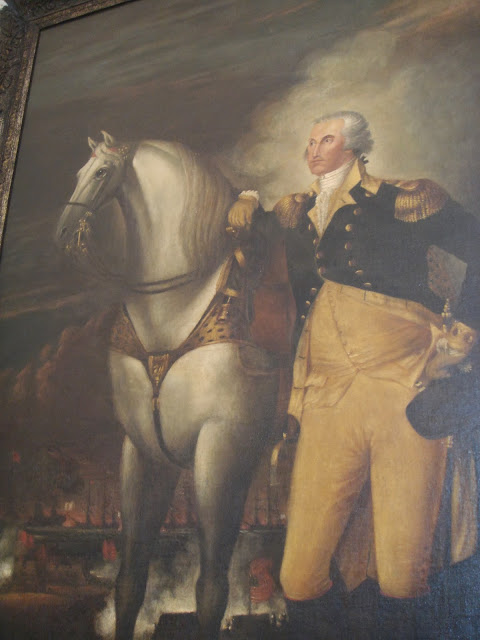 One of the fascinating artifacts is the clock that sat at his bed side.  It was stopped and the mechanism disabled by his attending physician at the exact moment of his death December 14, 1799. 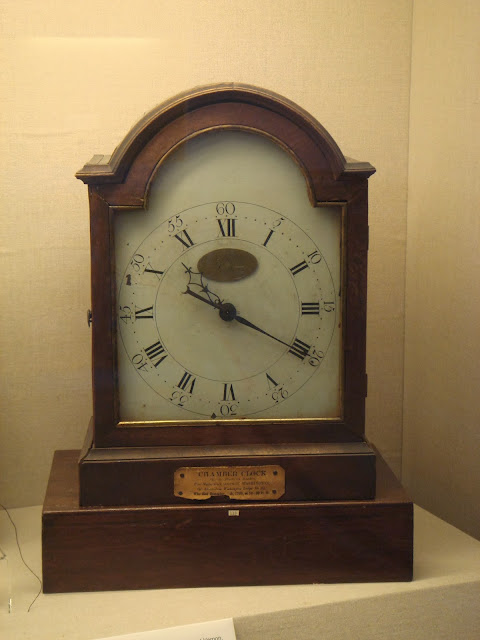 I learned that our powerful French friend and ally, the Marquis de Lafayette was also a member of the Masonic order. 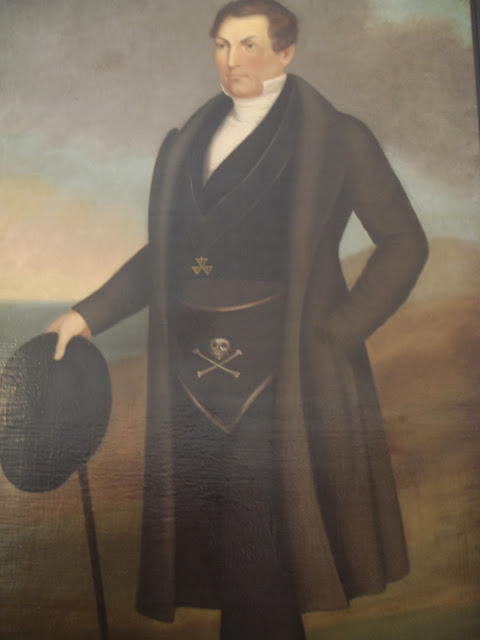 The 331 foot memorial also affords one of the grand views of Washington DC. 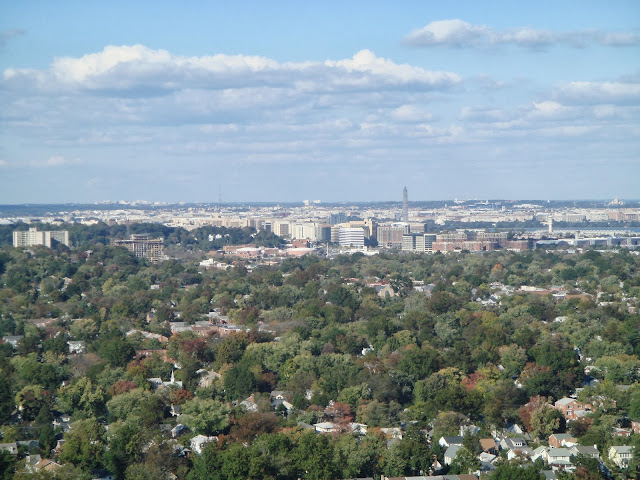 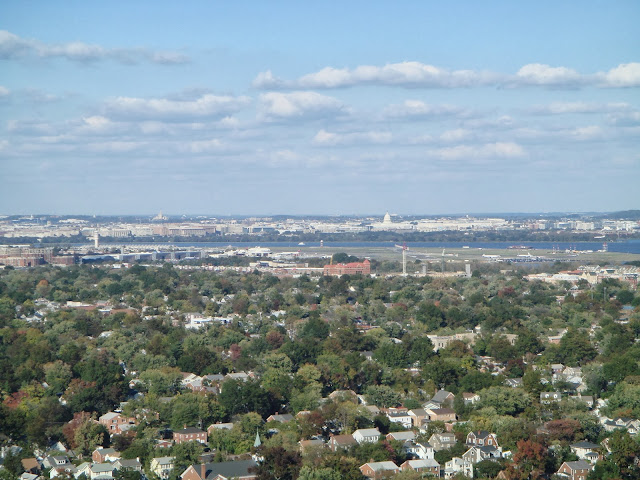 There is probably no aspect of American government over which Washington does not cast a legacy shadow. 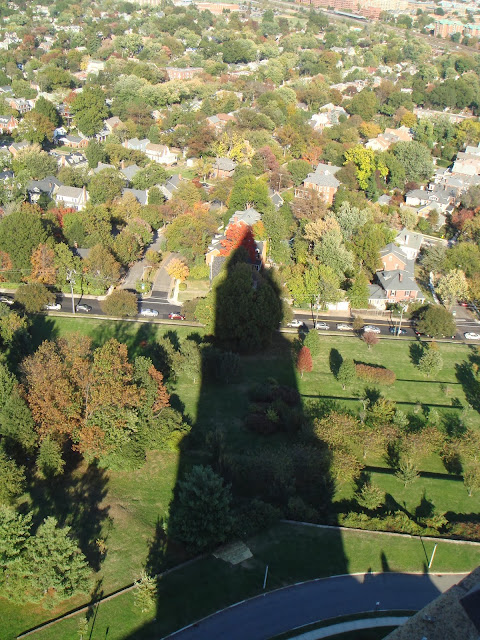 To read and see evidence of his participation as a member of a fraternal society and to see pieces of his life is to make him more human and, to my thinking, even more of an extraordinary man.
To know of his personal and financial struggles and weigh those against his contributions to our founding struggles and  his precedent setting behavior as our first Chief Executive  is to gain a view of a man who indeed looms large over those who occupy or seek power.
We are told there were many times when he simply wanted to retire to his Mt Vernon estate and seek the peace of the country side.
When my Scots ancestors left Renfrew they landed in Virginia and some of the clan have remained. Some served in the Virgina regimental line and there is a family pride they served with Washington. 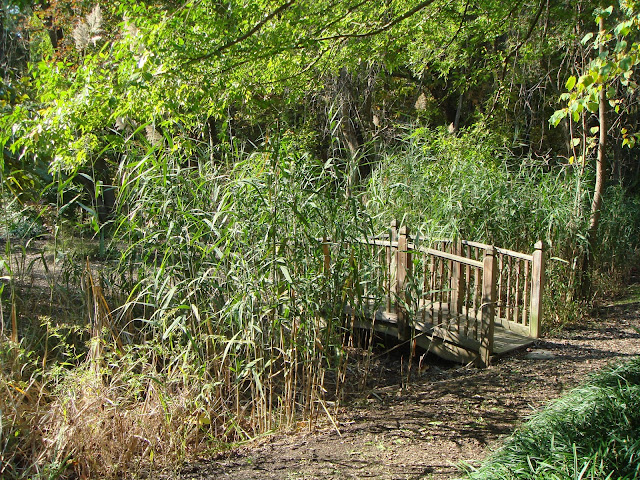 The Virginia Governor's race is being watched around the world, called an important barometer of America's mood. But what a different mood and depth of issues that face us now than when Washington led us into this new experience of a democratic republic. 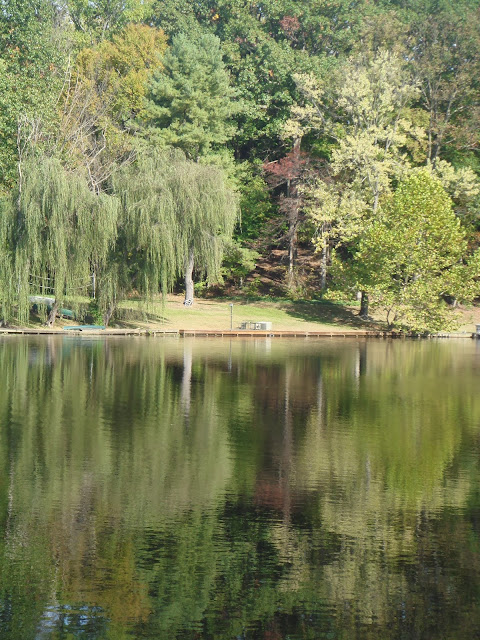 And what a different quality of man and woman.
What might George say,were you to come along side as he sat contemplating pristine beauty?  Do you think any of our current leaders will be memorialized?
See you down the trail.
Posted by Tom Cochrun at 1:01 PM