MENTORS AND LEADERS-ON THE GRATITUDE TRAIL

OF THE REASONS WE COUNT

Hasn't there been someone in your life who provided a special motivation or guidance?  A parent, teacher, coach, pastor, counselor, boss, or someone in a position to mentor you who left an imprint?
I've been lucky to have several. I think the first time I realized it was as a High School kid attending a statewide journalism workshop when a young teacher got through to me.  His advice was to read, a lot. Then he said pay attention to the pros.  If you read them, try to act like them, try to think like them, then you'll become one of them.  It happened.
I wrote a letter to David Brinkley in my senior year of high school, asking his advice about a course of study in college.  He suggested history, economics, science, political science and said read, a lot.  He said you also need to learn to write, well. Years later over a lunch with Brinkley we laughed about how seriously I took his word. In an exquisite irony, just a few years before our lunch, Brinkley was on a panel of judges that awarded me a national Emmy Award. At the time his comment was that I had written "one of television's finest programs."  The award was for an investigative documentary on the Ku Klux Klan.
An early boss demonstrated a tireless pursuit of a story and a dedication to absolute honesty and an attempt at fairness and balance.
Bruce and Judy who demonstrated that a passion for
life and matters of the mind can and will lead you on a life long adventure.
Earlier, a junior high school basketball coach taught me the power of drilling, over and over to improve a skill. And long before Phil Jackson got accolades for his "zen" coaching, my coach had us do"imaging," picturing or seeing ourselves perform well in individual skills and as a team.
A little later I was taken into a group that some considered old fashioned or anachronistic. It was dedicated to teaching young men the skills of knighthood-chivalry, fidelity, courage, brotherly love, respect and devotion to learning. Older men, accomplished in many skills, guided us. One of those men, his name was Buddy, had a profound impact on all of us.
Howard Stone and William Enright, two tall, powerful, intellectual, extraordinarily gifted theologians and pastors demonstrated how to weave intellect, faith, humor and humility into living a life of good.
As an adult I met, read and studied John Wooden, the extraordinary coach and motivator. Wooden was more than a "Wizard of Westwood," he was a gentleman and teacher for the ages.
Another true mentor was my father who showed me an absolute dedication to the principles of this democratic republic and fair play. I cannot tell you how many times I heard him invoke the Voltaire line, "I may disagree with what you say but will defend to death your right to say it."
He was a true egalitarian and a man of a deep and guiding faith. "Make the most of each day," he said so many times, I hear myself saying that to my daughters.
Mentors, in their own way, shaped, molded and guided.
And there are others
HE SAVED THE UNION
IT IS MORE THAN STONE 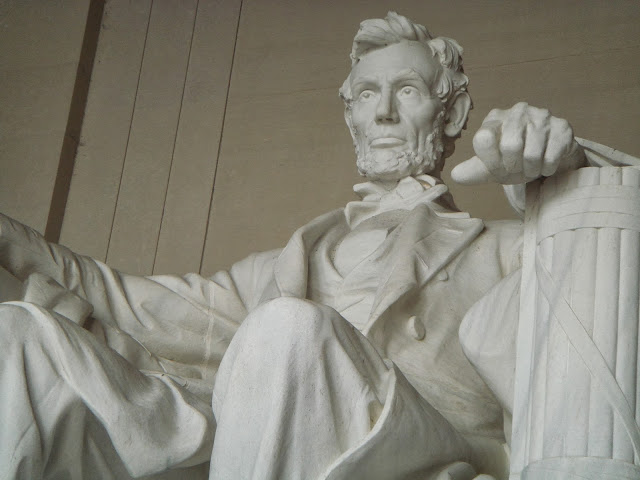 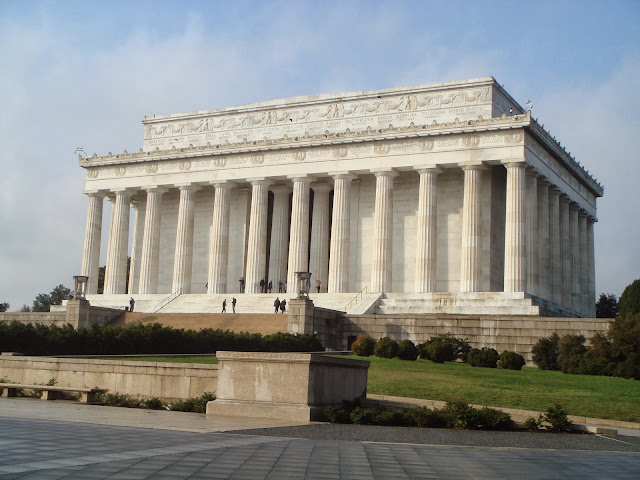 Dad made sure that on our first trip to Washington, when I was a school boy, we got here after dark. There is a power that is beyond words when you behold this temple setting, washed in light. 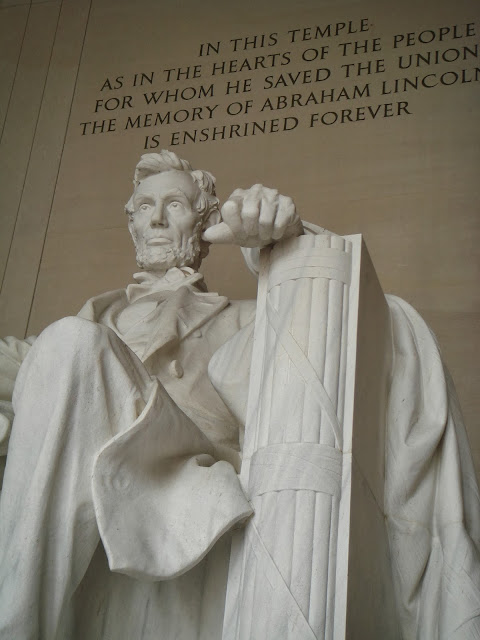 There is a solemnity and greatness that is palpable. 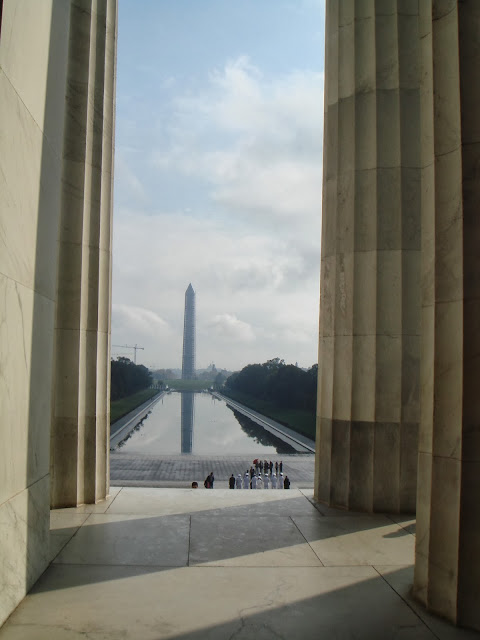 It is fitting that this stone version of a giant of a man
looks toward the monument for another human who seemed to ascend to greatness by his acts to service and devotion to our national cause.  George Washington is paid tribute in another post.
Count those who have guided you.  It will make you smile.
See you down the trail.
Posted by Tom Cochrun at 1:11 PM