WANTING TO KICK THEM AROUND
While in the Washington DC area this week I took special interest in the fallen leaves, pleased by our liberation from raking and bagging. 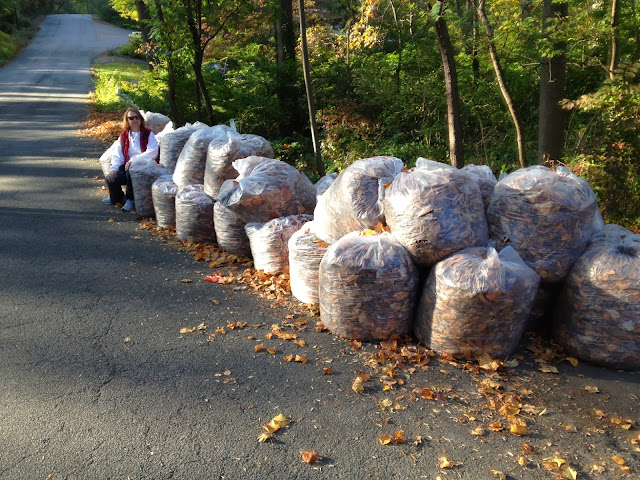 I confess now I hated to rake leaves.  As a kid I'd complain to mom and dad about the pointlessness of it.  "Just let them rot and fertilize the grass" I'd plea, unsuccessfully.
Leaf raking and bagging is not an activity in our California lifestyle-fortunately.  So while these shots may be old hat to some of you, it is a sweet reminder to others of the positive of an absence. 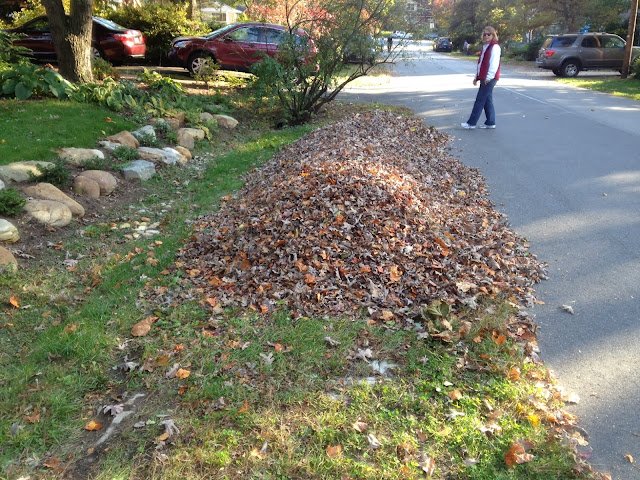 LINGERING MUMBLES
Overheard laments and lash outs from the Halloween party circuit.
"I'm so over Obama" a liberal friend complained. "I almost came in black face but I still know what's wrong!"
"I'm the affordable care web site" said a tilted box, strung with blinking lights and wires.
"I came as Ted Cruz" said a friend in street clothes. "So now I'm going to be an ass hole all night!"
Singer Jill Knight won my award.  Dressed as Captain Morgan complete with long curly tresses, mustache and appropriate attire, I couldn't believe it was Jill, even when she spoke right in my face.  But then proprietor Lyn Nanni was unrecognizable as well in her Mistress of Darkness attire and face paint. I'm slow on the uptake I guess.
THE OBAMA APOLOGIES
If anything, the Snowden document leak has given the State Department and or White House protocol officers plenty to do.  With revelation after revelation about who the NSA has bugged or tapped or snooped on, it seems the President has been as busy with world leaders apologizing and parsing words as anything else, other than maybe kicking some tail to get the web site working.
As a satirist said, everyone had to know we were doing it, we just didn't want talk about it.  And that is crux the matter isn't it?
INDULGENCES
For Weekender foodies-a few snaps grabbed during our own journeys into delicious adventure while back east. 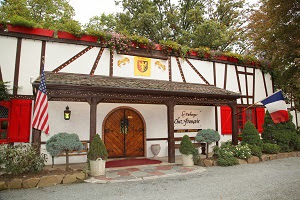 Our dear friends Frank and Sandy have long raved about LAuberge Chez Francoise up in Virginia Horse Country at Great Falls.  It's been repeatedly rated the best and most romantic French Restaurant in the Washington D.C. area. 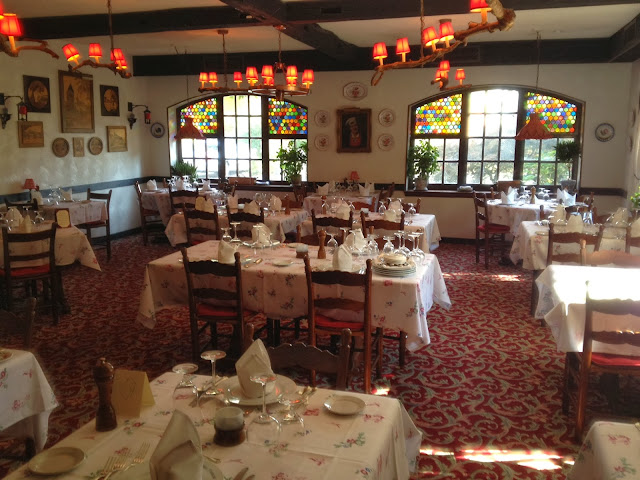 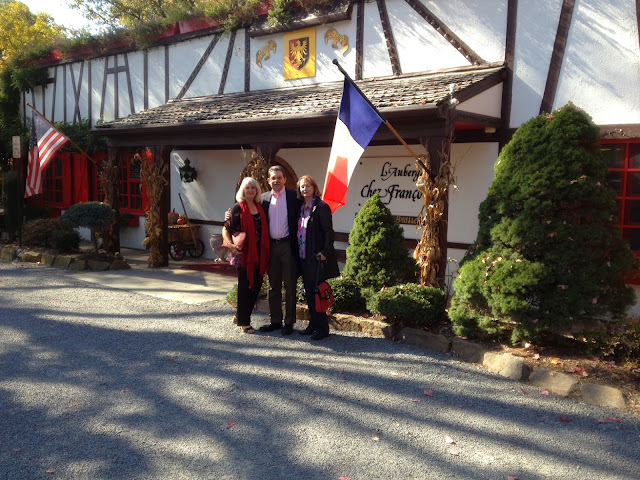 Our magnificent 3-hour lunch was dream like.  Frank says when he was there once with his late father, a newspaper editor, he was told back in the old days it was a place where CIA executives used their expense accounts. At least it was money well spent.
AND THE HITS KEEP ON COMING
A delight of the nation's capitol is the diversity of great dinning options.  Neighbors pointed the 4 of us to a nearby Asian Fusion spot.  The special rolls were edible art and the Pad Thai was the best I've tasted.  Sorry all I can offer here on the net are pictures.  They can't give the credit the place deserves. 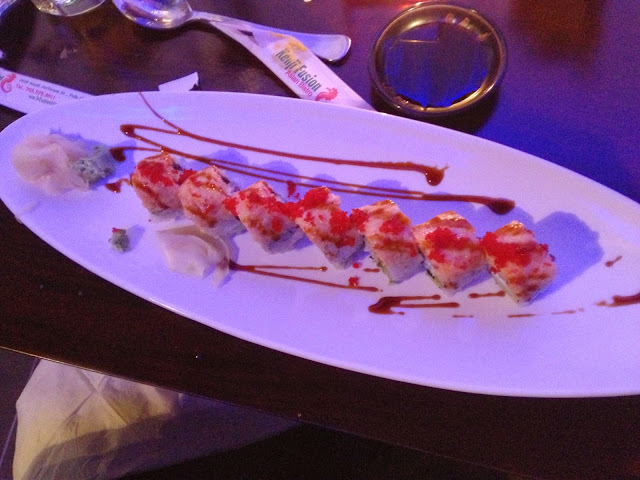 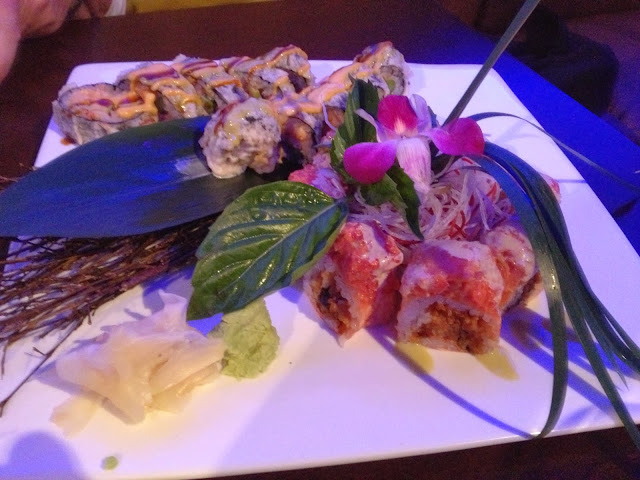 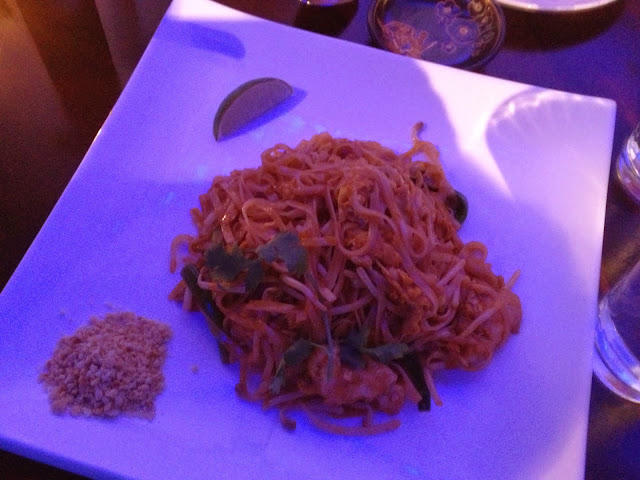 And then there was this crazy Asian take on baked Alaska 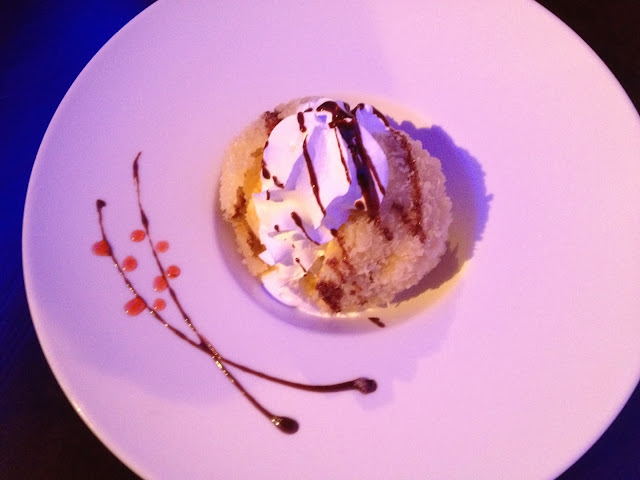 Kenji Fusion is the name.  If you are in the DC area, around Falls Church Va., it should be on your list.
AND FINALLY
A VIDEO TREAT
In the spirit of the international diversity of the Washington DC area, here is something my old friend Bruce, aka The Catalyst, found.  This is amusing and a bit amazing
for a number of reasons.  Enjoy
See you down the trail.