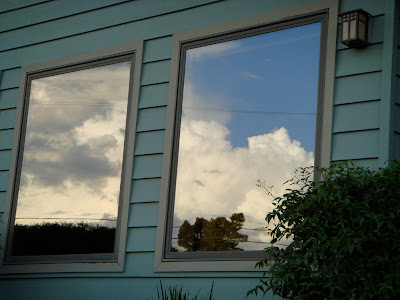 Several times today, I caught myself playing "what if" about the Colts loss to the Jets.
Plays, calls, that late time out and etc.  I've buoyed my disappointment, and that of a few other fans as we commiserated, by invoking the old adage, "this was not the year."  No indeed.
Early and frequent injuries to key players, too much talent dispatched to IR, probably sealed our fate, long before some of us recognized the painful eventuality that waited down the road.  But that is being a fan isn't it?  Hoping, sometimes beyond reason.  And there is Peyton, perhaps the most brilliant offensive tactician ever.  We always counted on him to make it all right before the the clock ran out. To my thinking, this may have been one of his greatest years.  The statistics may not read that way, but that he was able to guide an injured, hobbled team, take as many hits as he took and work with new talent, to the point of making us think, maybe, is an incredible effort.
I was in Indianapolis when the Colts brought professional football to a city without an NFL history, and when many in the league snickered and said it would never work. Winning a Super Bowl, just getting there to the big game, amassing an impressive record came after years of building support, so that even in a year when it seemed obvious that greatness was beyond the grasp, we still hoped.
It is not a great issue of the day, but the invocation of hope is never bad, even when it comes from a game and even when we resort to another cliche--"there is always next year."
Posted by Tom Cochrun at 9:52 PM