WET, ALL WET AND WET BEHIND THE EARS 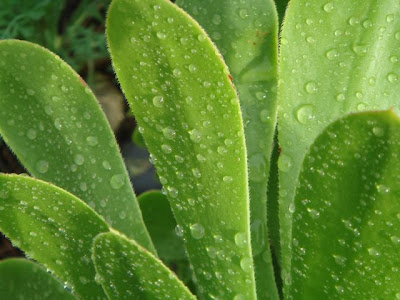 Gentle rain returned to the Central Coast, ending a dry January with the promise of more in February.  That is important out here since our rainy season is limited.             Fortunately December was record setting. Despite the recent weeks of stunningly gorgeous weather, we look forward to rain in February.
IT TAKES WATER TO MAKE TEA
BUT ARE THEY ALL WET
OR WET BEHIND THE EARS? 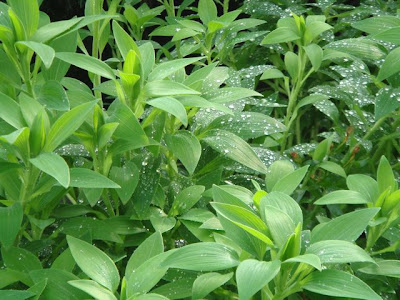 Anger about and at the political process and even specific politicians is healthy, if it is balanced with reason and a true understanding that a democratic republic is a process that demands negotiated settlements, compromise! The best deal is one where all sides leave something on the table.  Adults should realize that.  Children must learn it.
The anger coursing through the body politic reminds this observer of children throwing tantrums.  If they can't have it their way, they won't play.  I understand why and how people are fed up.  There are too many empty suits, egos, self aggrandizers, grand standers and buffoons with office space in the House and Senate.  Too many high priced K-Street lobby whores, exert too much influence on a legislative process that has become too byzantine as well as bought and sold.  But it really is a matter of degree.  Read history.  It has always been a little bit thus.  There are many sharper minds who have agonized over what has gone wrong. My little take is, ambition and gain have supplanted decency and intelligent rationality.  There is simply too much score keeping and too much money involved. Sure, campaign finance reform could be an important step, but that is for another day.
The tea party sentiment lays claim to honest discontent, worry and fear. But anger is a poor intellectual core.  Anger as thesis of a political movement will lead only to destruction.  History is my gospel on this.
Anger, frustration and resentment is a not even a poor cousin to constructive change, it is the demon child who ultimately seeks not just revenge but a snuffing of that construct of hope where competing interests find a rational and shared course.
INFANTILE POLITICAL BULLIES
There is a place where these infantile political bullies want to beat their chest and let their rage supplant intellect and they are pretty damned inarticulate in explaining why.


LINK HERE AND READ ABOUT A STATE WHERE SOME WANT TO CELEBRATE THE STAIN OF THE JOHN BIRCH SOCIETY-CLICK TO LEARN  WHERE REASON IS GETTING MUGGED
I first covered Richard Lugar when he was a mayor, so I have the benefit of history.
He is now one of the great lions of the Senate.  He has done more to keep this world safe from destruction than most Americans will ever realize.  He has evinced more courage, intellect and visionary legislating than the sum of dozens of others who have served in the upper chamber.  Thank God there are still men and women of his calibre who are willing to slog through the awful process to help preserve what semblance of greatness the republic can still gather in tatters.
People who would want to unseat that kind of seniority, intellect, pragmatism, service and devotion should be laughed off the stage.  They don't get it.  Yes they may be angry, but they need to grow up.  In fact they should talk to a few of the whiz bang tea party Illuminati who have now spent a few weeks in Washington.  Many of them have learned that getting angry doesn't even qualify you to be taken seriously.
PARDON THE RANT-NOW FOR SOMETHING ENTIRELY DIFFERENT-almost 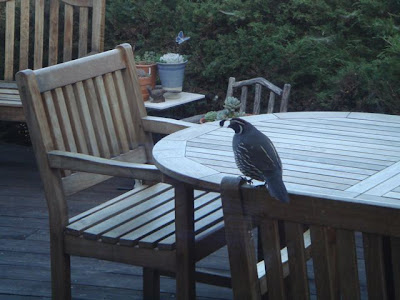 A California Quail, cute, but he should find a better place to answer nature's call.
Stretching it slightly, he's like the K-Street hustlers, fouling a place of deliberation. 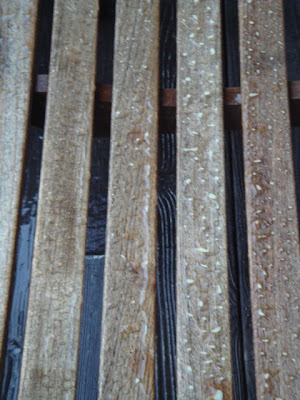 Looking carefully you may see residue of the pollen that is so plentiful now. Mixed with water, it can become an agent that darkens and stains wood.
Not unlike political anger, fed by shortsighted voting. 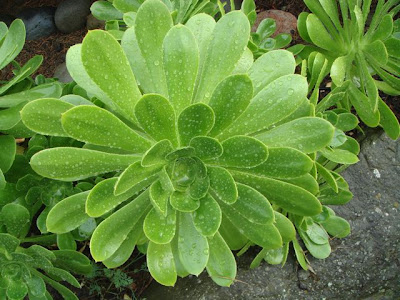