OVER THE SEA TO SKYE 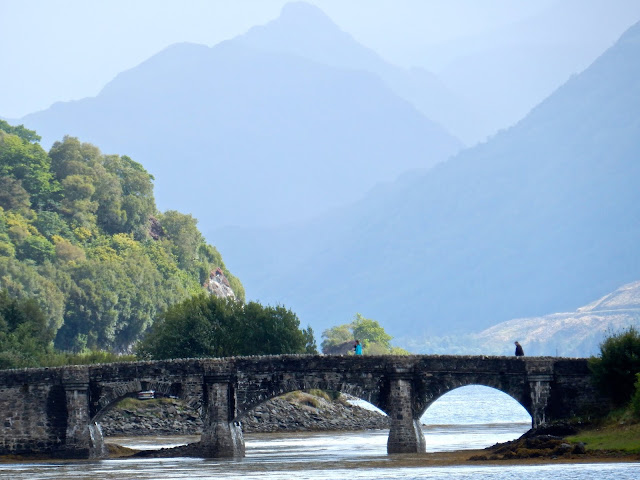 A bridge takes you from the beauty of the Scottish Highlands over Loch Alsh to the almost fairy tale world of the Isle of Skye. 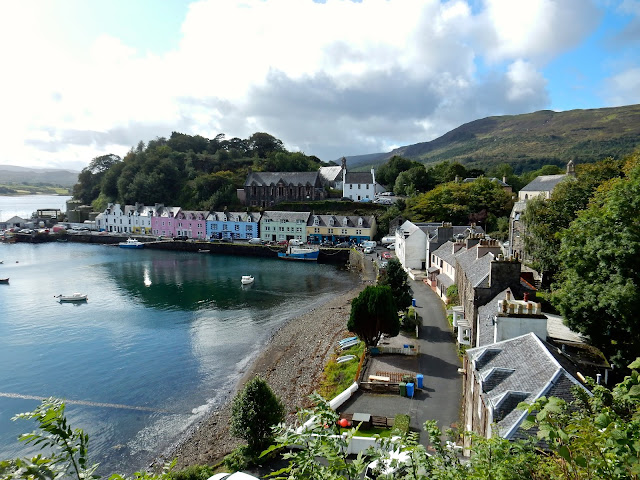 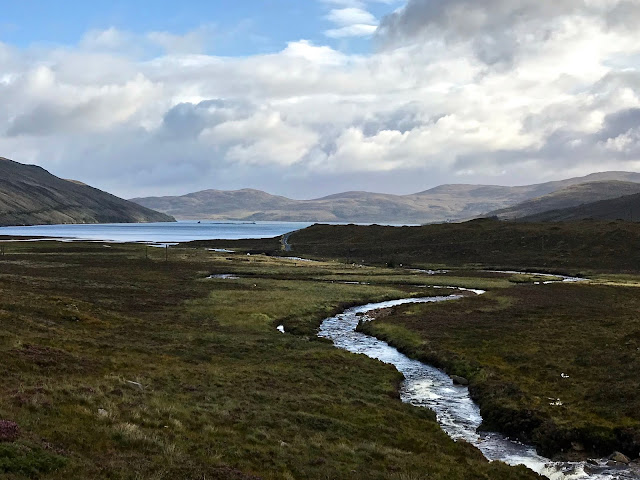 while the beauty of nature is irresistible.  Skye, the largest of the Inner Hebrides, is 52 miles long and between 5-15 miles wide. It embraces rivers and lochs (lakes) like Loch Leathan below. 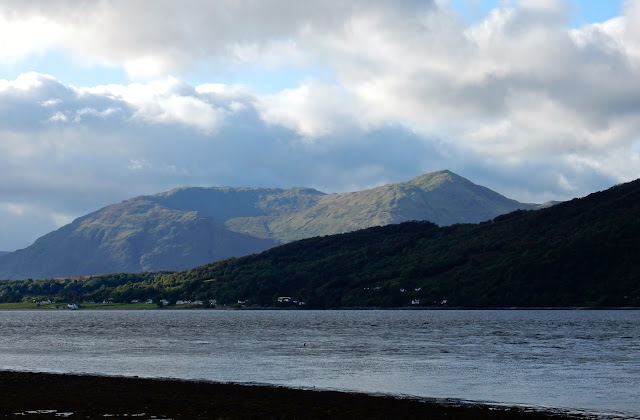 A magnificent stretch is the Totternish peninsula. A star in this area is The Old Man of Storr. 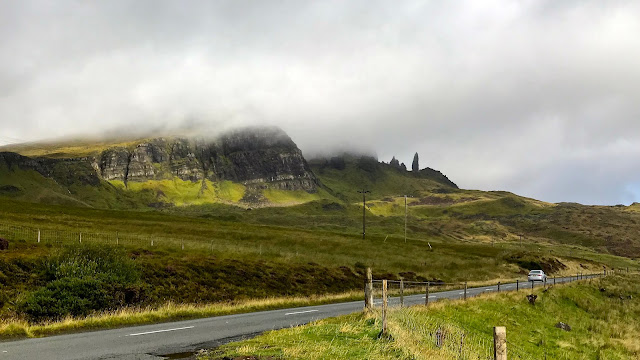 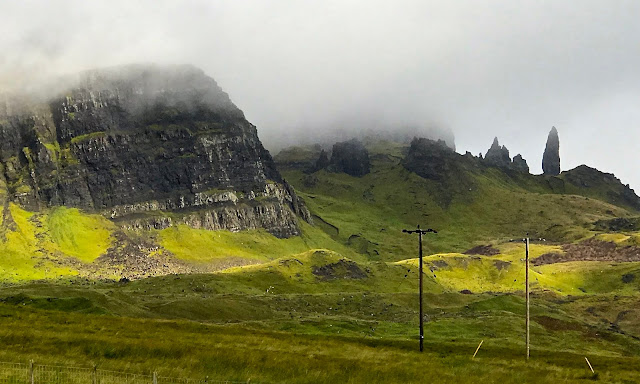 The Old Man and the other pinnacles are the result of what is called landslip. 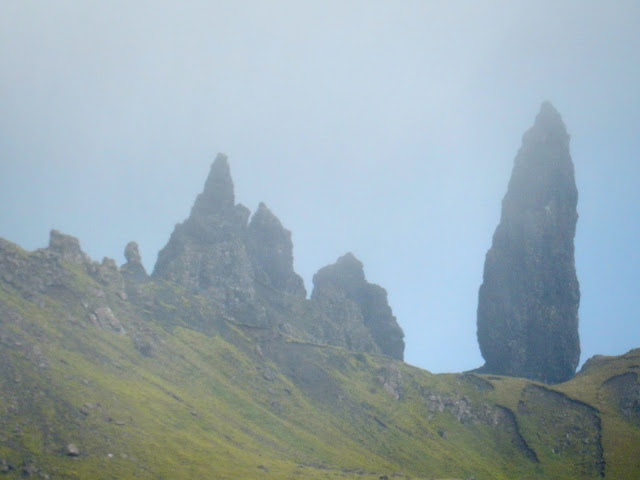 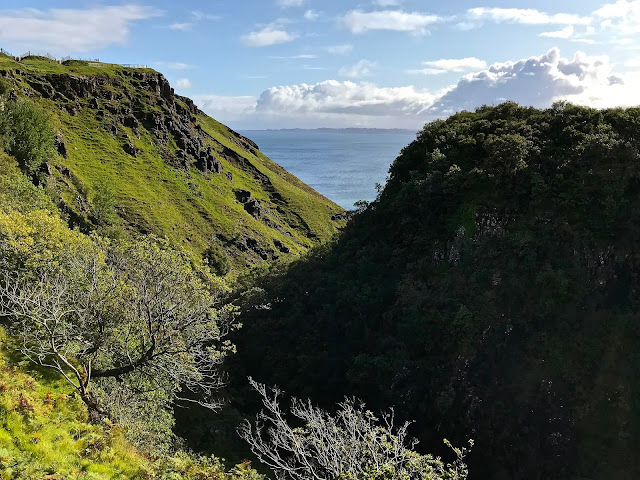 The Vikings ruled the Isle of Skye for some 500 years until they were defeated by the Scots at the Battle of Largs in 1263. 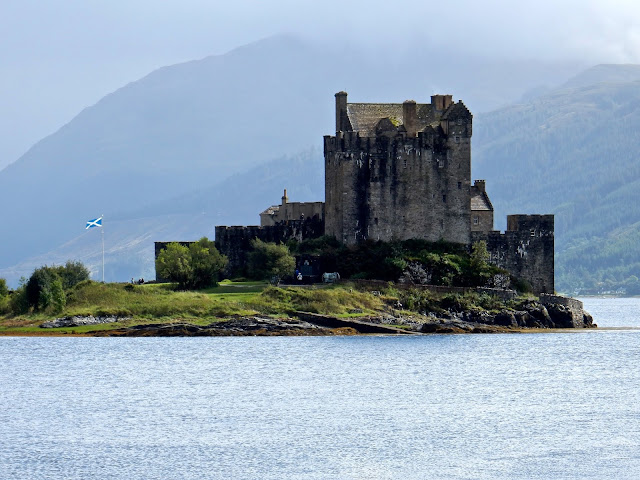 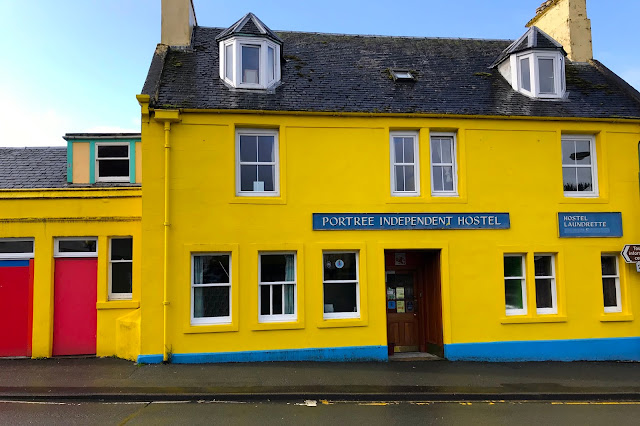 Portree, Port Righ in Scottish Gaelic, is Skye's capitol and largest town with around 5 thousand. 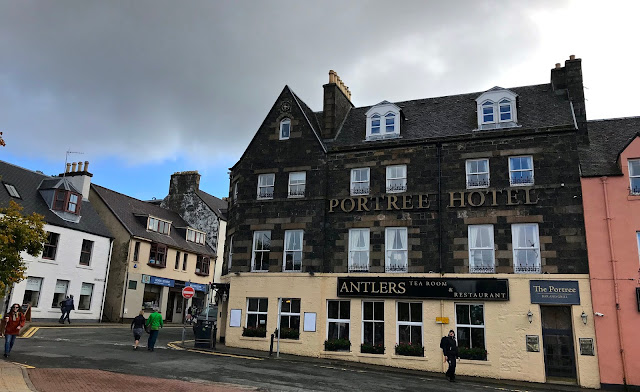 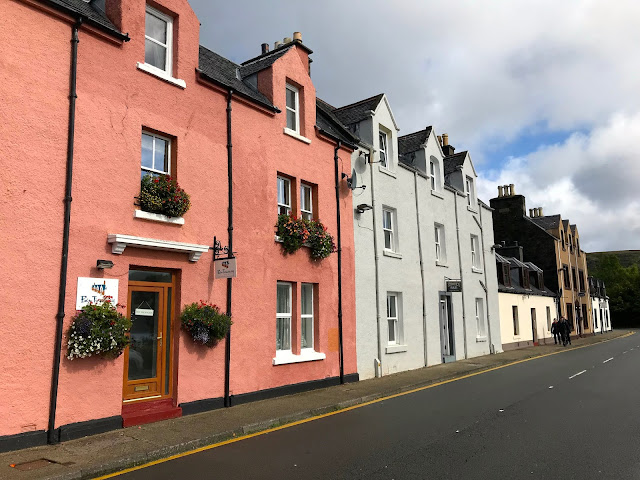 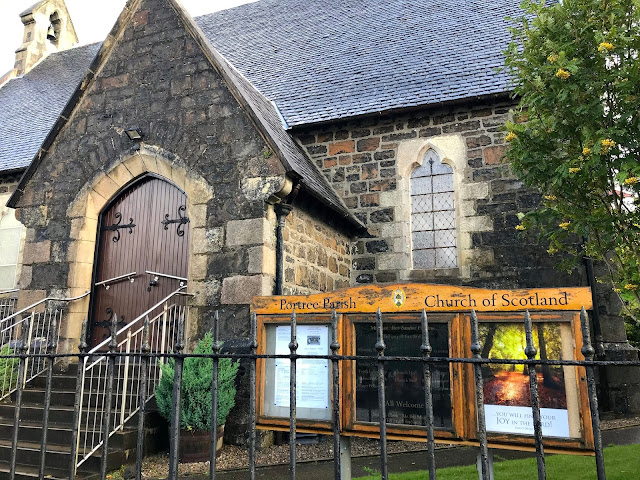 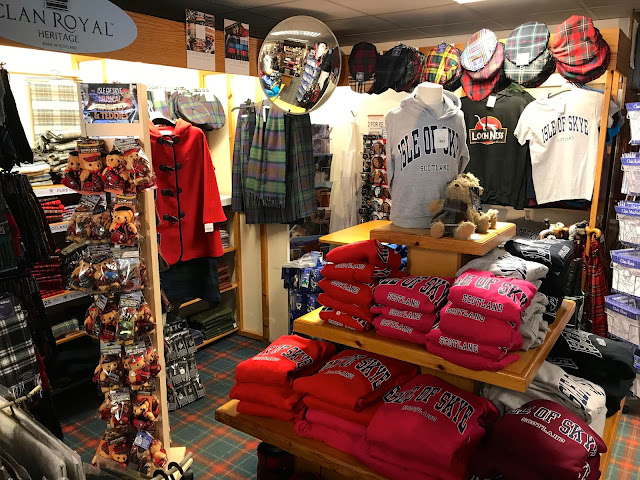 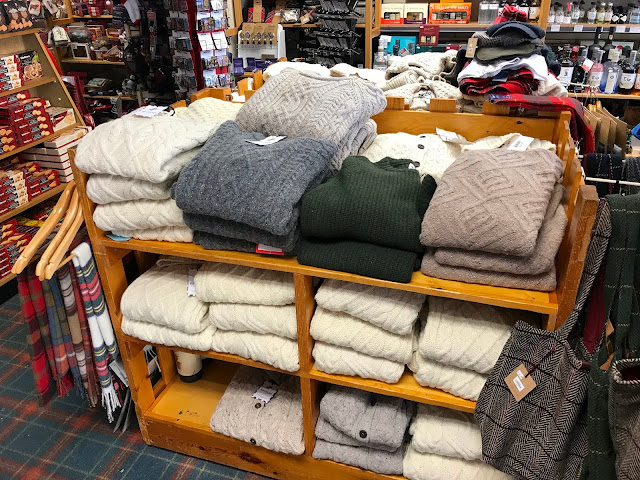 The name stems from a visit by King James V in 1540. Many Scots sailed from Port Righ/Portree to escape  poverty in the 1700's and again in the 1840's during the famine. 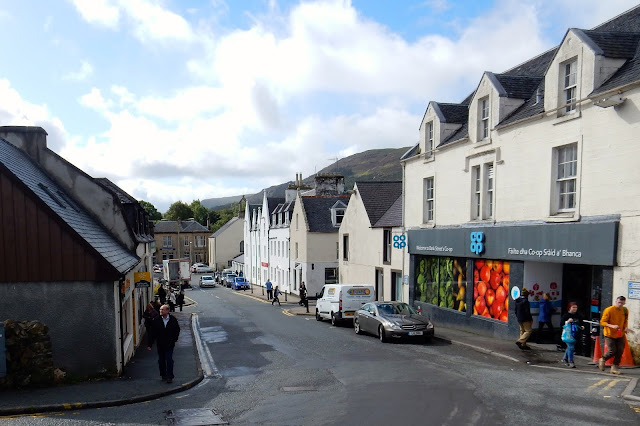 It has become a tourist destination and hosts music and film festivals. 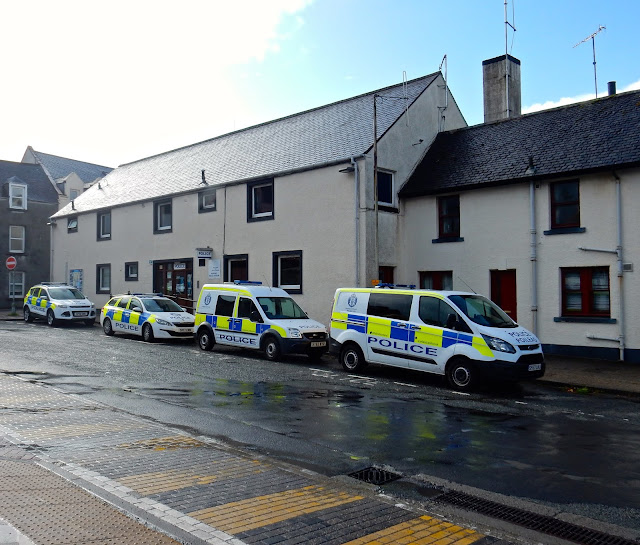 Skye is a land of abundant water and beauty. 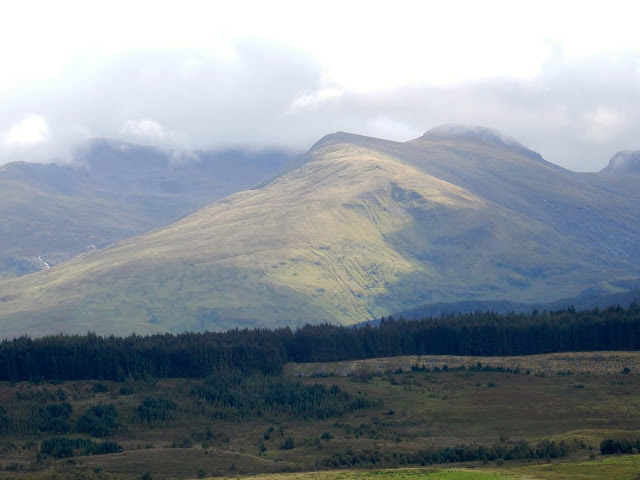 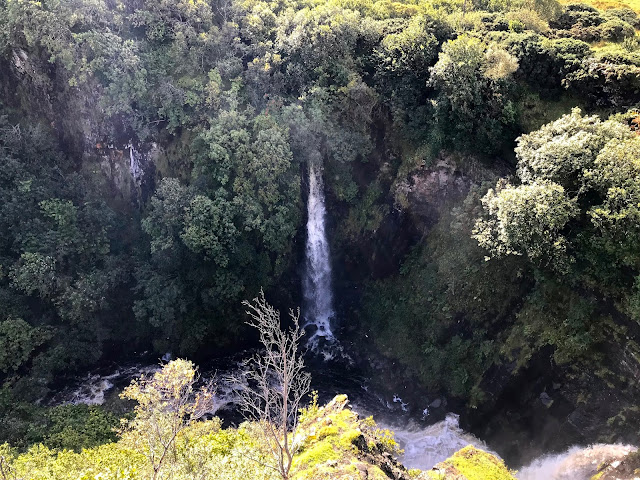 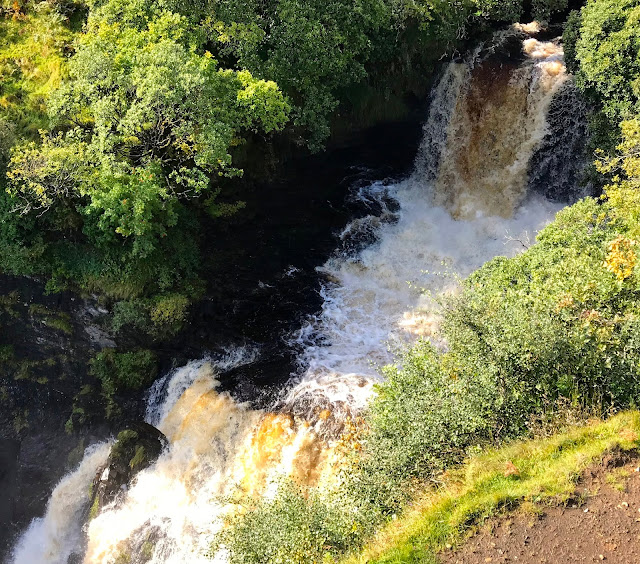 The Mealt waterfall is near what is called Kilt Rock, because of its resemblance. On windy days, the flow never reaches the Sound of Rassay because it is blown away. 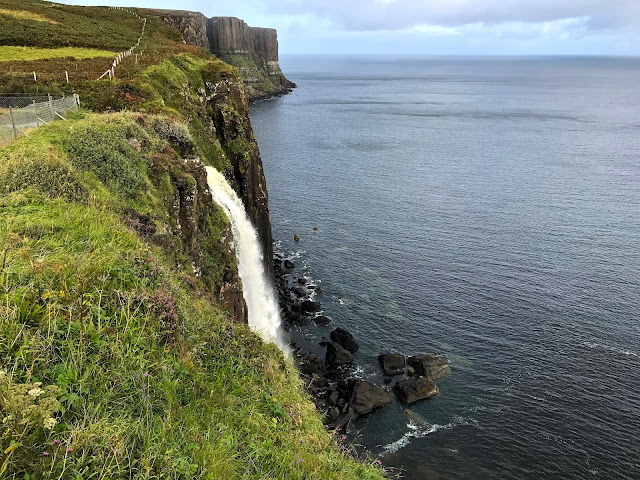 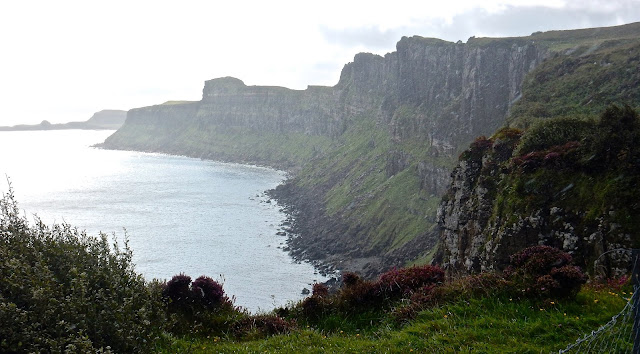 Though my loving mate has asked that I desist in such thoughts and likewise the encouraging of my daughters to consider it, I could indeed consider this area of Scotland as a place to emigrate if the 2020 election were to go a particular way. Yes, it has abundant water, natural energy and beauty but the fiercely independent spirit, power to the people, intellect and progressive thought are appealing. Some deep place in the DNA just seems to resonate.

Coming up, the story behind the Highland Maiden and to a place where Agatha Christie could have lurked.