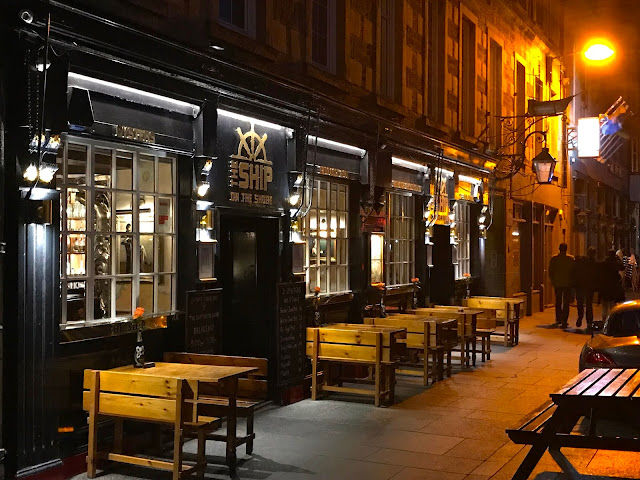 Did you hear the one about the tourist who walked into a pub..... 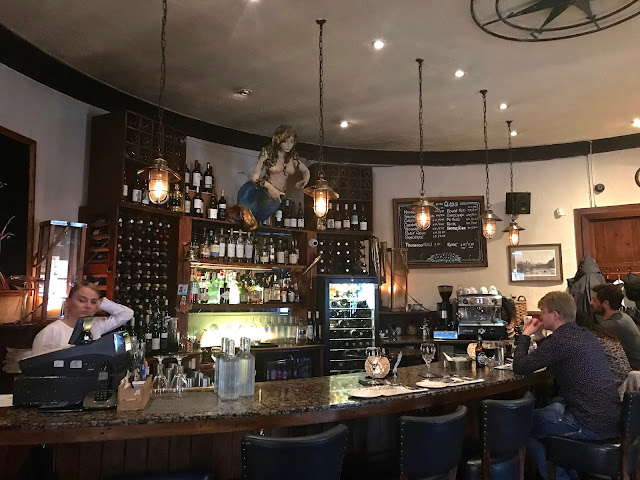 Scots and Irish pubs are a world unto themselves 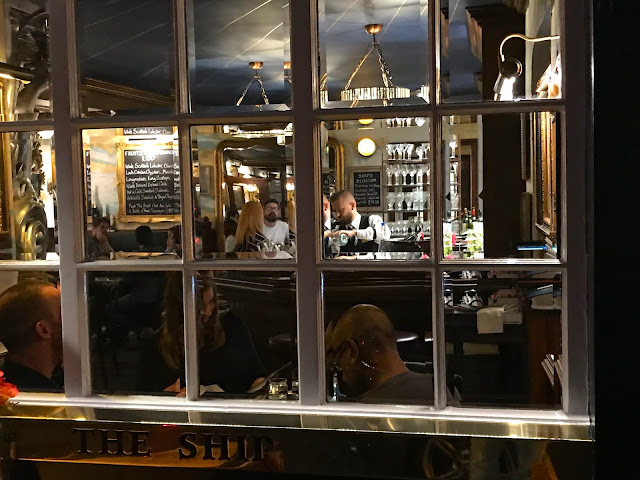 They are a distinct and vibrant culture. 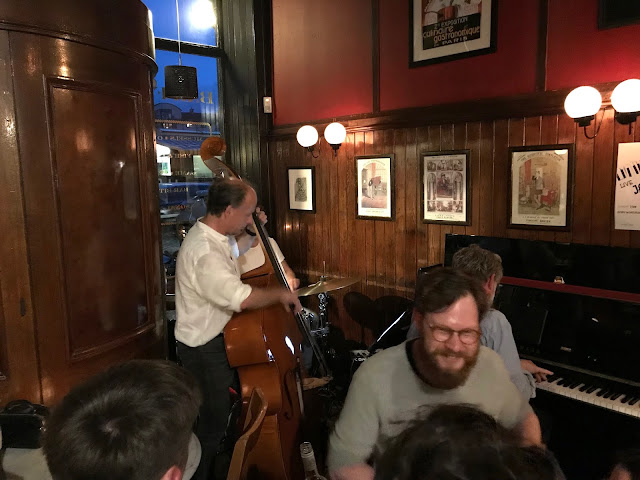 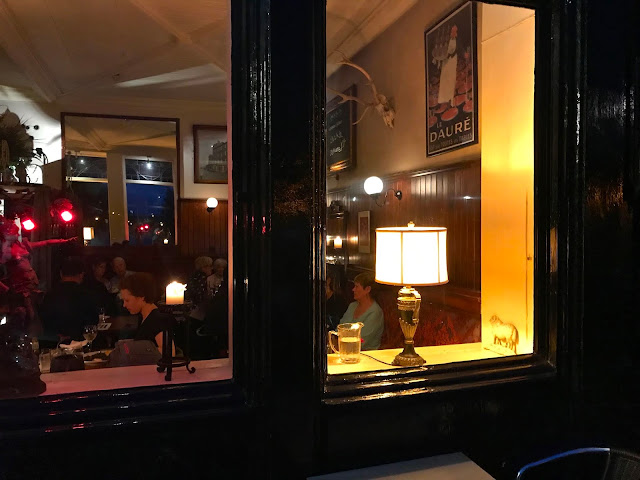 Strolling through a foreign neighborhood, they are beacons where you know you will find a good story. 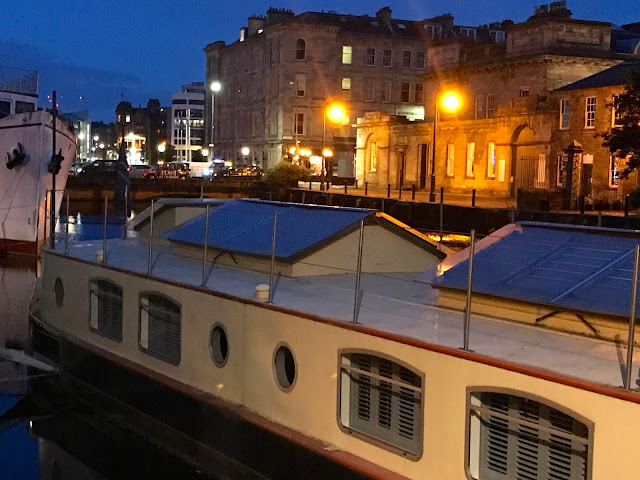 Looking for a lunch of fish and chips we popped into Deacon Brodie's Tavern on the Royal Mile at Lawnmarket in Edinburgh...we dropped into history 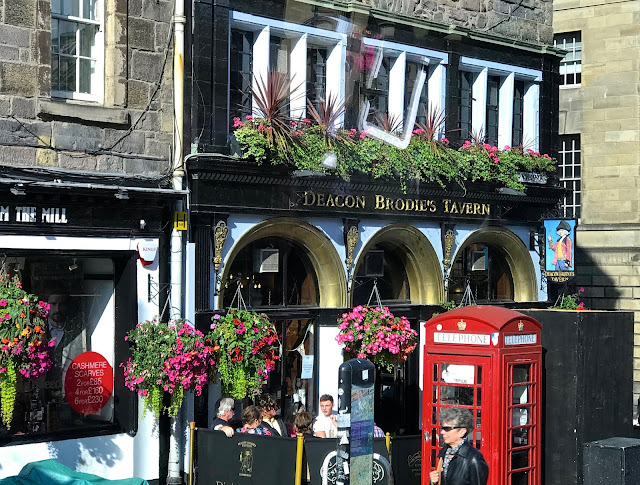 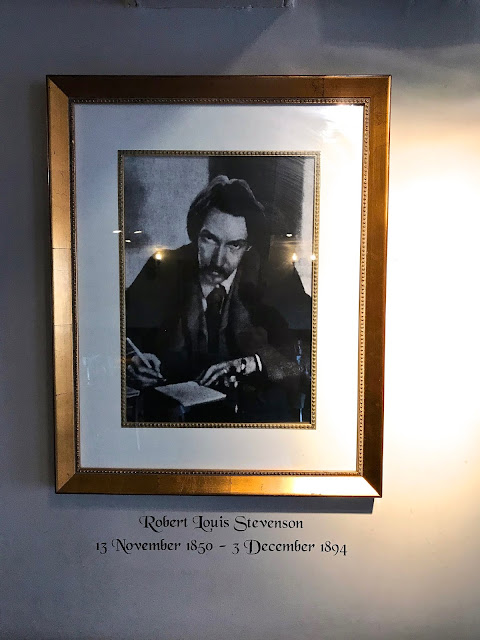 Robert Louis Stevenson is memorialized on the walls of Deacon Brodie's because in turn he memorialized the Deacon. 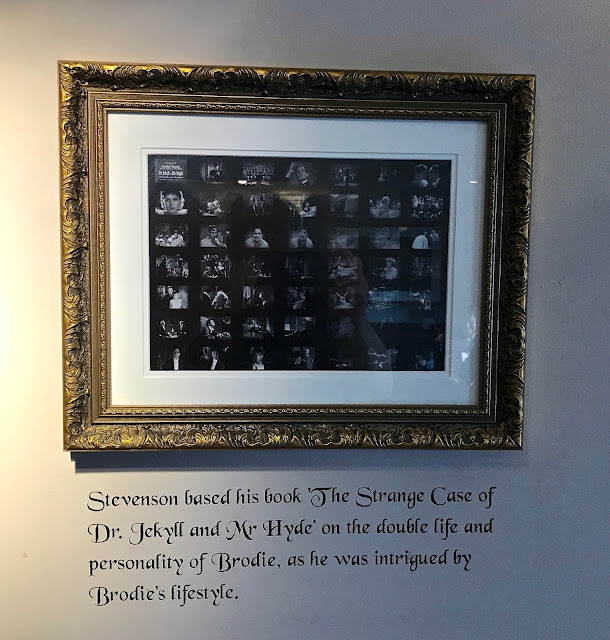 William Brodie was a Deacon in a Guild of carpenters. He was an upstanding citizen, a member of the town council. But his nocturnal personality was something else. He was a drinker and gambler and had 5 children by two wives. He got into debt and resorted to burglary to pay off his gambling.
He was eventually caught and tried. The case was notorious in that day and 40 thousand people turned out to watch him hung in October of 1788.  It is reported he was born and hung within sight of the tavern that now carries his name. 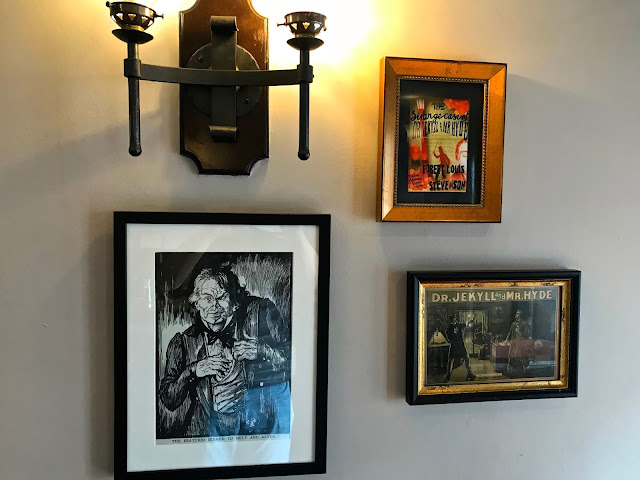 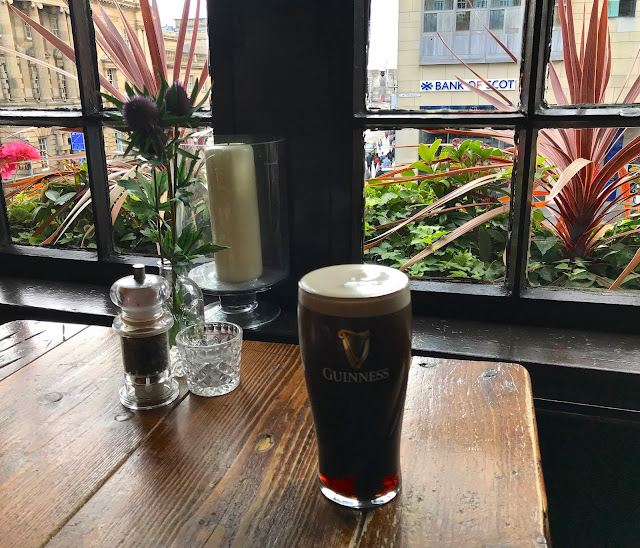 Slainte!
There are more pubs ahead on this path.
See you down the trail.
Posted by Tom Cochrun at 7:41 PM