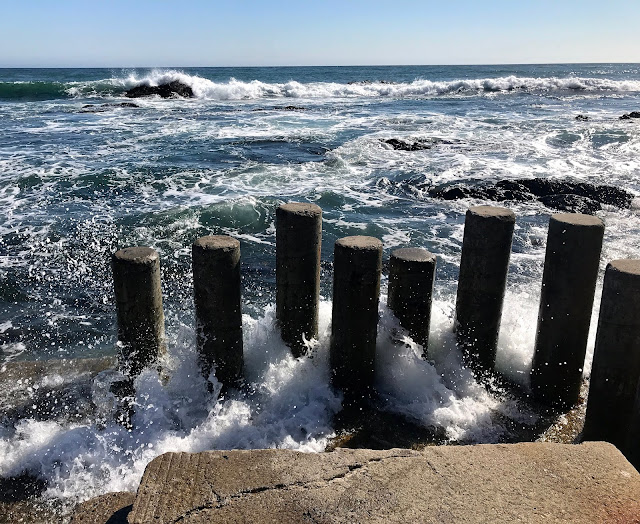 "sitting on the dock of the bay
wasting time..."

Frank was a honcho at Cal Tech, and JPL (Jet Propulsion Laboratory) back in the heyday of the space race. Some of his underlings have won Nobel prizes for science. He is modest, so I will say it, he's brilliant and one of the sharpest minds to inhabit this planet.
Frank will often remind us at our monthly dinners, "You've got to have a sense of humor!" This is a man who in his mid 80's was still climbing a ladder to his roof. He's also devoted years to reading history.
Hearing "you've got to have a sense of humor" from a man who has calculated how to stare more deeply into space so as to look further back in time" carries credibility.
My mother was a believer in the principle of laughing at least three times a day. She was a fan of Norman Cousins and his advocacy of laughter as a healer. Medical science has caught up with mom and Cousins and there is data that explains how laughter is indeed very healthy and healing. 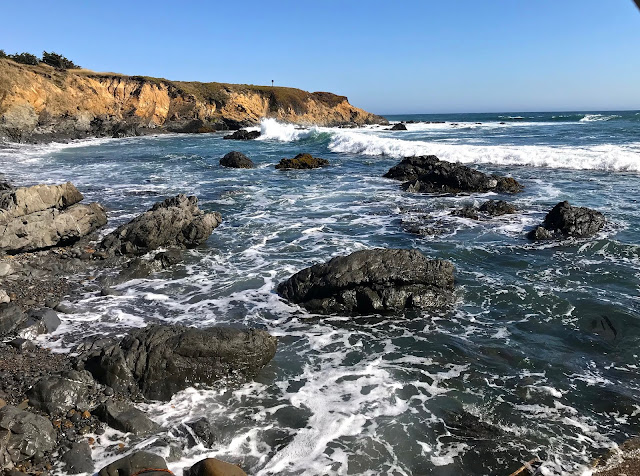 I was considered a "serious" little boy and so mom would tell me to go outside and watch the clouds. I still love to watch clouds. And now I stare at the tide. My dad would sit, zen monk like, watching the tide, whenever family vacations took us to the shore. I get it dad. 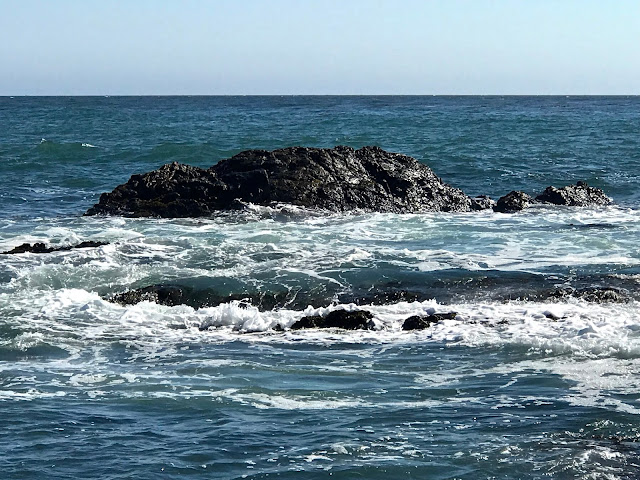 So, if you happen along on the California central coast and find an old boomer staring at the tide rolling away, maybe humming Otis Redding's ditty or laughing at seemingly nothing, know that you have encountered a guy who is taking advice, from those far more wise than he.
And in this day and age, if you can't laugh at what's going on, you'd cry! 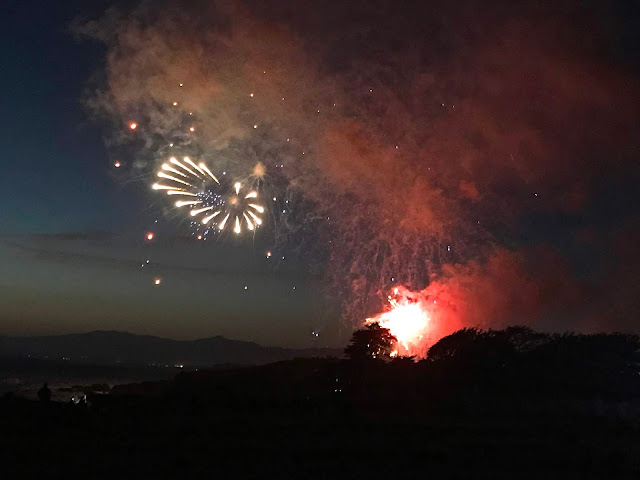 I, like a couple of thousand other folks, was a bit mystified by the local fireworks. 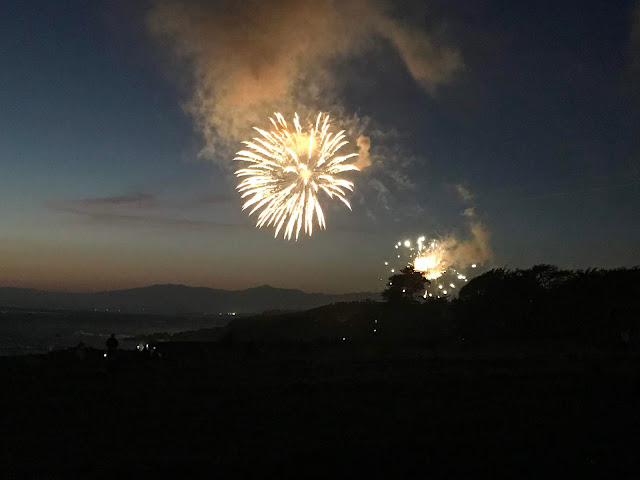 They opened strong. I think I even muttered, this is more like a finale. 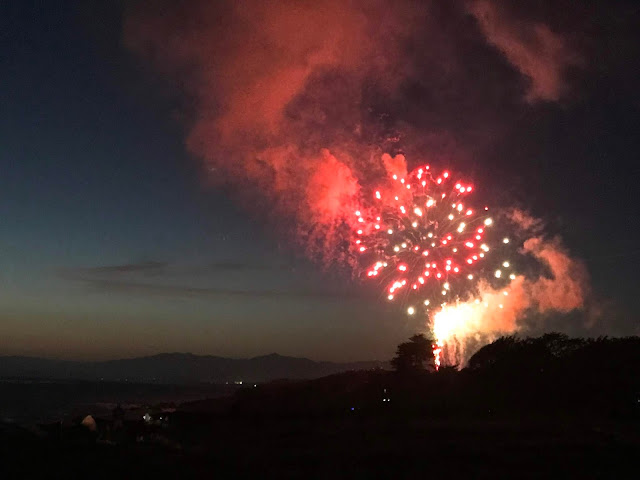 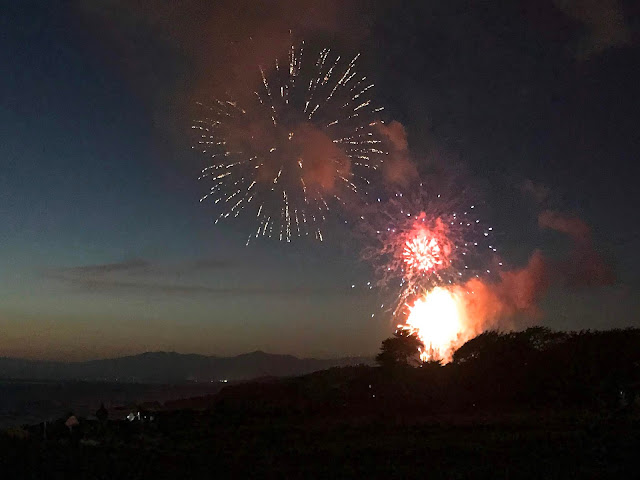 Turns out, something went wrong. It began with the end and it could have been worse. My source is the diligent local reporter Kathe Tanner who has revealed the story. 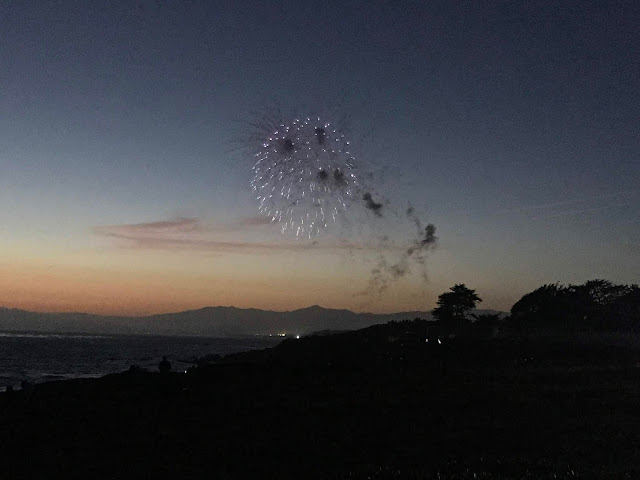 After starting like gangbusters, things slowed, and then it was as if things went crazy.  They did.... 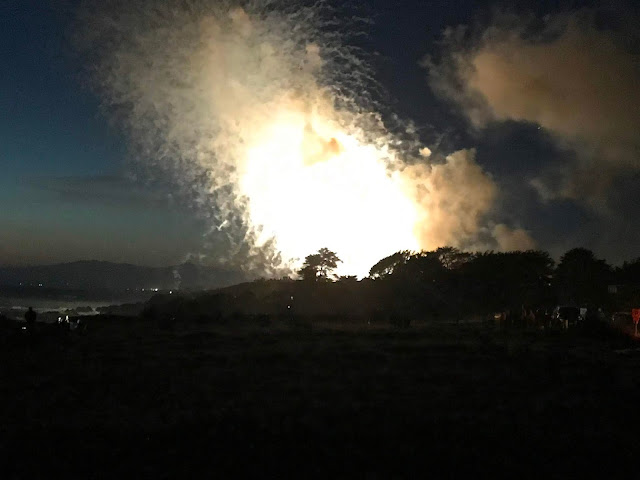 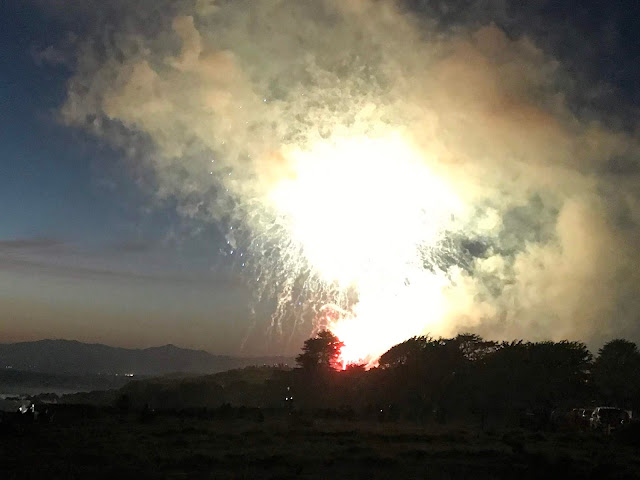 Kathe reports in our local weekly The Cambrian that a new pyrotechnic specialist, utilizing a new electronic system, goofed. The intended end of the show opened the display and then things went down hill. The intended 20 minutes display was over in 7-9 minutes. A lot of stuff went off at once.
It was an exciting 7 minutes though. Those of us down then beach thought it looked a little wild at the park, where the aerials were launched.
Back story here---the fire Marshall and the fire chief was about to shut it down because the launch area was too close to the folks in the park. A rapid negotiation followed by moving people further away, allowed the show to go on. However the new pyro, unfamiliar with Cambria, was sending stuff up in a wrong sequence and still too close to people and homes.  He could have used Frank's satellite and telescope calculus expertise.
It's become a matter of local "fireworks" over the fireworks. Ash and debris landed where it should not. It took two or three days to clean the beach and nearby neighborhood. And then when you consider the complaints of pet owners with terrified dogs and cats, and the complaints of naturalists worried about birds and wild life, we've got a local hubbub underway.
Don't you feel a chuckle coming on?
The belly laugh is for our Labor Secretary and his boss! Not even Carl Hiaasen could make up stuff like that.
I think mom would be getting in maybe 300 laughs a day.