Our session on non-violence veered into the topic of patriotism vs jingoism. An interesting conversation followed, probing, defining, and, I thought, a conversation appropriate for this nation at this time.
At the least people could afford themselves time to think about the difference between patriotism and jingoism, in light of their own attitudes. It would be a patriotic thing to do.
Patriotism, a pride in what this nation has done that is honorable and good and an acknowledgement of errors and wrongs is healthy. One sided patriotism is not healthy. Both the good and the bad need to be measured.
Jingoism is dangerous and is the province of the stupid.
The current president is a jingoist. Dangerous because he suffers a mental illness that distorts reality. But he is also dangerous because he is ill informed and dangerous too because he lies almost all then time.
His desire for a military parade is not without precedent, but it is jingoistic, as he is, and it is stupid because he has no concept of the context. Veteran analyst and political correspondent Jeff Greenfield observed this on Politico:

"...history also suggests there's a good reason that his plan is rubbing people the wrong way. For one, it really is rare; it; far more common for presidents to vacate Washington on the Fourth of July, or to remain at the White House, than to insert themselves into the proceedings.

And on a more troubling level, what Trump is doing is wreathing himself in the most potent symbols of American history-delivering a speech on the steps of the Lincoln Memorial, site of the 1963 March on Washington, looking across at a landscape of monuments-without any appreciation for the history that made that whole landscape possible. Perhaps uniquely among American presidents, he sees himself without any connection to the American story, any link to presidents past, other than his manifest superiority to any of them."

Greenfield notes the sure sign we are dealing with
an unbalanced man who acts as if he aspires to be a dictator, like those he embraces;

"Trump prefers to think of himself as the lone, overarching figure who can bend history to his will. "I alone can fix it," he said..."

He offends sensibility and decency which explains the undeniable fact that a majority of Americans voted for someone else, despite the Russian interference.
The American pageant has its sordid and despicable chapters and this is the latest. We have survived our past sins and we have worked over the centuries to improve, to broaden human dignity and to extend liberty. We have been courageous and generous and we will be again. But we came upon this continent as terrorists, invaders, practitioners of genocide and ethnic cleansing. We were slavers, chauvinists, sexists, classists, drunks, racists, xenophobes, cheaters and liars. But some two centuries has refined us and forced us into a stream of history where we are bending toward a better nature, a more civilized and decent nation. We will survive and overcome regressives and new racists like Trump and McConnell.
As much as we might desire to be like Moses and call down a plague on the house of the Pharaoh, that is not for us.
We are the heirs of Democratic Republicans who have battled on philosophy, policy, politics and who have changed positions and minds, but have since the beginning been combined in a hatred of tyrants, kings and dictators. That is a common creed we share. The president we see is not "American," his behavior is anathema to our history, he is not us. We are not his minions and not his subjects. We are his employer and we will not forget that, despite what may be seen on TV or read on twitter.
The Fourth of July reminds of throwing off a tyrant, of declaring Independence, of being ready to stand in the breech to combat evil oppression. In this season, think about patriotism and jingoism and maybe read the Declaration. Happy Fourth!

blooming for the 4th 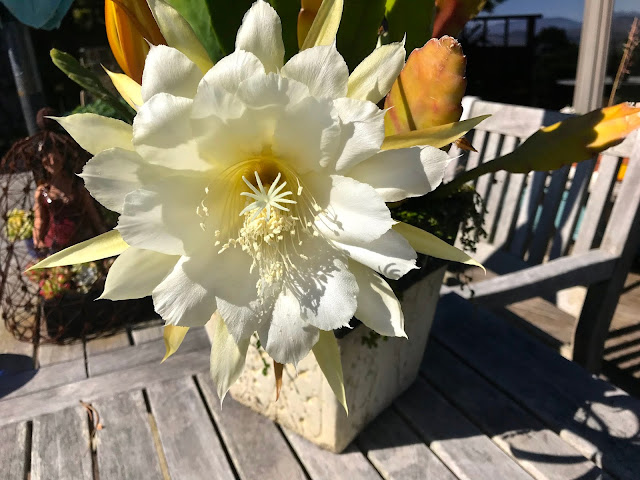 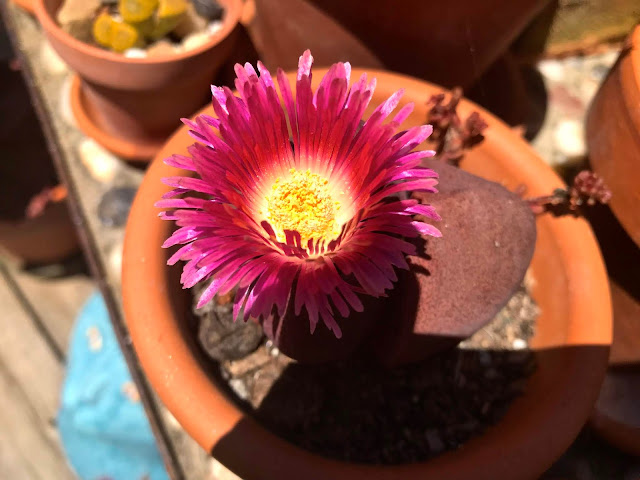 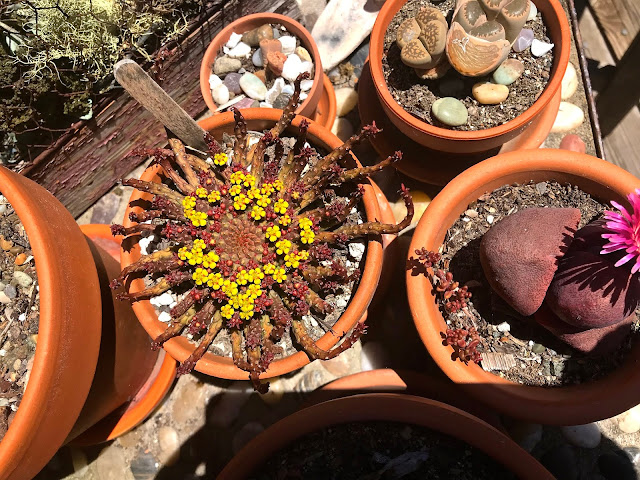 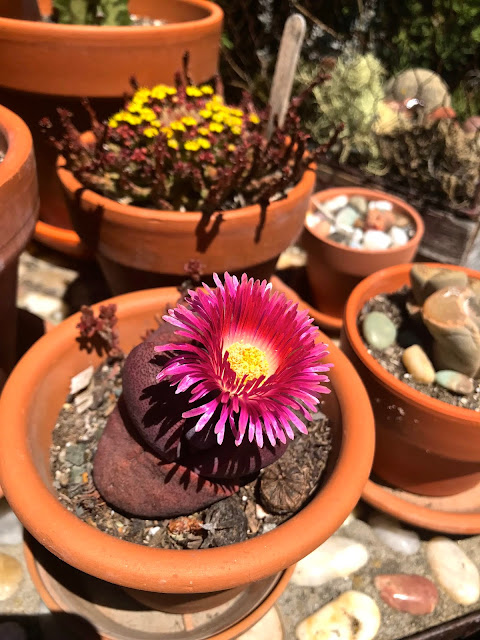 See you down the trail.
Posted by Tom Cochrun at 9:07 PM