STARTING OVER, AGAIN and THE WILD LIFE 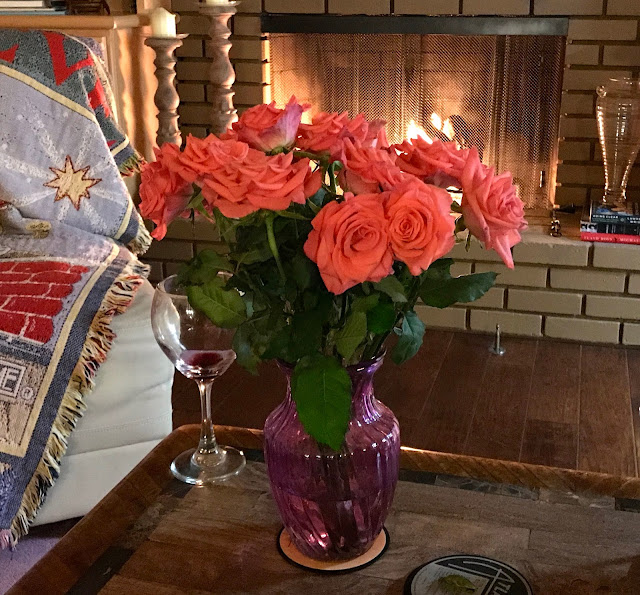 cheers to women in charge

mom
A new year, hopeful and inspired as they are, currently offers a great beginning rendition with a MOM scoring one of humanity's greatest accomplishments.
Alice Bowman is the MOM of New Horizon, the teen ager that has gone farther and taken one of the most important photos in the history of the world with more are on the way.
Bowman was the Mission Operations Manager of the little space craft launched in January 2006.  It has survived the cosmic freeways and space storms to give us data on Pluto and almost as a whim, it was told to go see a frozen rock in the Kuiper Belt. It did and that is mind boggling.
If you want to feel good about what humans can do, dig into the story a bit. That we flew billions of miles for a brief flirtation with an icy rock that we didn't know existed in 2006 ought to give us hope that science might just help us survive ourselves and our trashing of this planet and our bashing of each other. Thanks MOM.

the kid
A little hope may glimmer into your heart when you read about a 16 year Swedish girl. Greta Thunberg boxed the ears of the world in December..." So we have not come here today to beg the world leaders to care for our future. They have ignored us in the past and they will ignores us again. We have come here to let them know that is coming whether they like it or not."
She was speaking at the UN and her message was to the world. If you missed it, her 4 minute remarks are below. By the way, the remarkable young woman identifies as an climate activist with Aspergers.
the nancy
And one of the most powerful bipeds on this blue marble
is a US mom and now chief herder of the cool, alley, and weird cats in the democrat zone in the US House. Nancy is back on top. Pelosi has not survived all the power plays and battles without a few smarts. That immediately gives her clout over the president. Thinking is not something he does, nor expects from women. 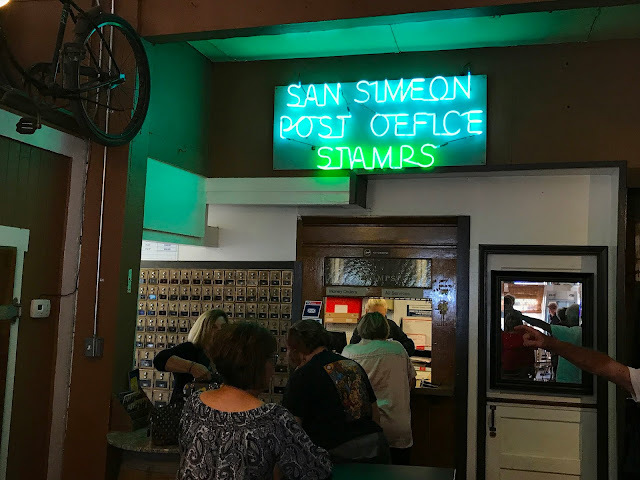 They tell us the US mail service is doomed, but can a computer platform offer cool neon or those beautiful old post boxes? Cheers for the old guard. 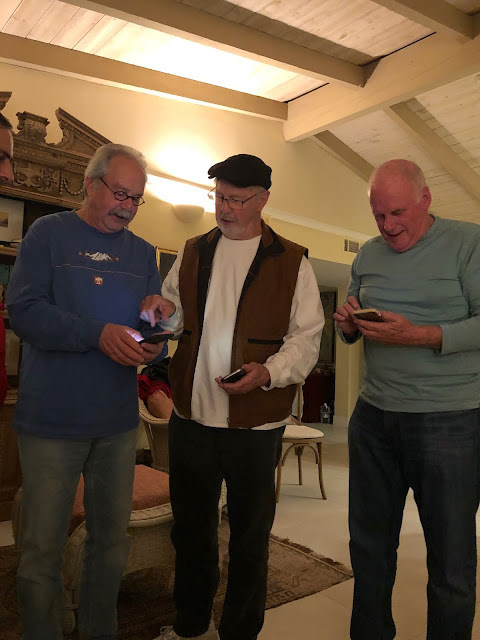 But we boomers do like our phones. They are smart, so as our gray cells age, we have a chance to stay smart. Hello Siri, turn on my brain.

cheers for the wild life

Just a couple of miles from the post office, zebra roam under San Simeon skies.
Now, let me introduce you to a few neighbors- 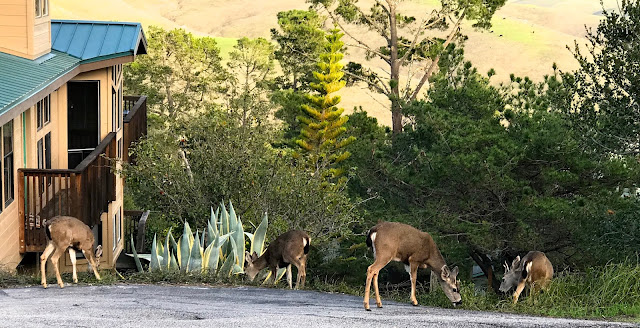 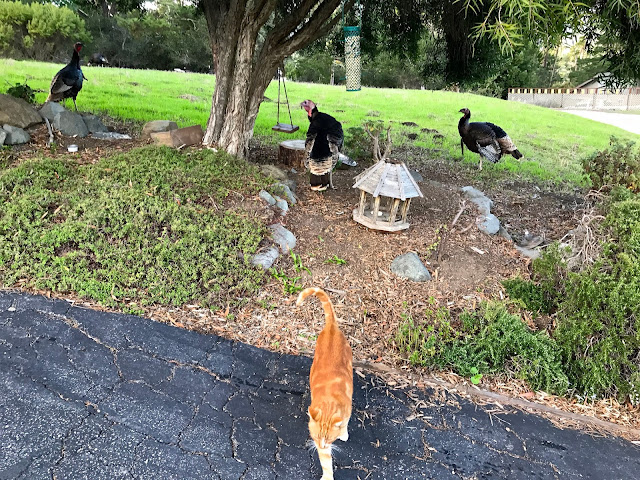 By this juncture in his idyllic existence, Hemingway is
relatively unimpressed by the deer and turkey. Bobcats, mountain lions and skunks on the other hand make an impression. 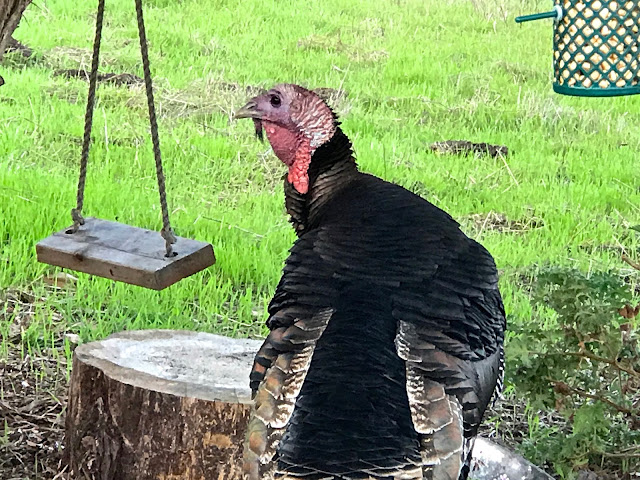 Seeing the old bird reminded me of me. As I guided this old guy into another year, one that seemed to arrive entirely too quickly and in such a pitiful state, I pondered and even worried a bit and then took solace in the knowledge intelligent people still exist. Not only that but so do people who care about this planet. Each generation offers up brilliant minds who do their own to advance our sum knowledge.
Problems that are still years away, will be puzzled over and solved by people who do not now exist. And I took away from that, problems that now seem intractable are the grist for new scientists, doctors, researchers and problem solvers.
Maybe you too can take succor in this from Isaac Asimov.
There is a cult of ignorance in the United States, and there has always been. The strain of anti-intellectualism has been a constant thread winding its way through our political and cultural life, nurtured by the false notion that democracy means that "my ignorance is just as good as your knowledge." -Isaac Asimov, scientist, author

In the new year, seek new information. Spend some of that silo time in new pastures. Despite the jack ass in the White House and the carny side show, there are signs of intelligent life on this planet.

...and cheers to the baker 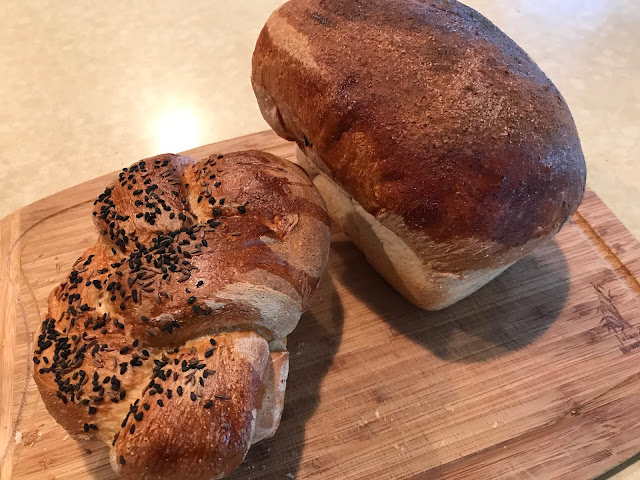 Lana's artistry extends beyond the canvas.
We may not live by bread alone, but it sure goes well with everything else.