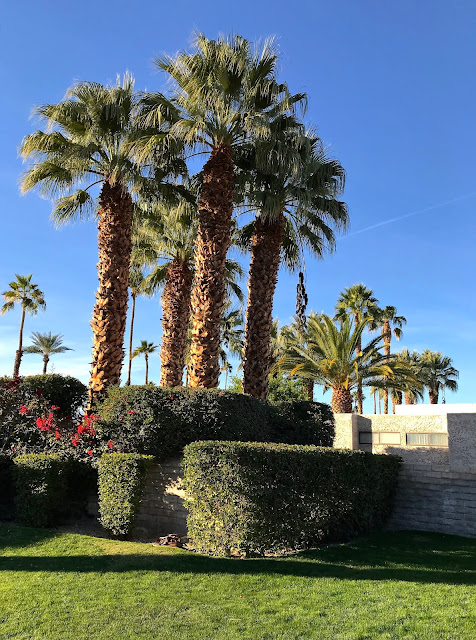 renaissance light
The human spirit has pulled us back from the brink, out of  despair, dark ages and our self inflicted wounds since the dawn of our existence.
A few encouraging notes here, posted between scenes from a California oasis, Palm Springs. 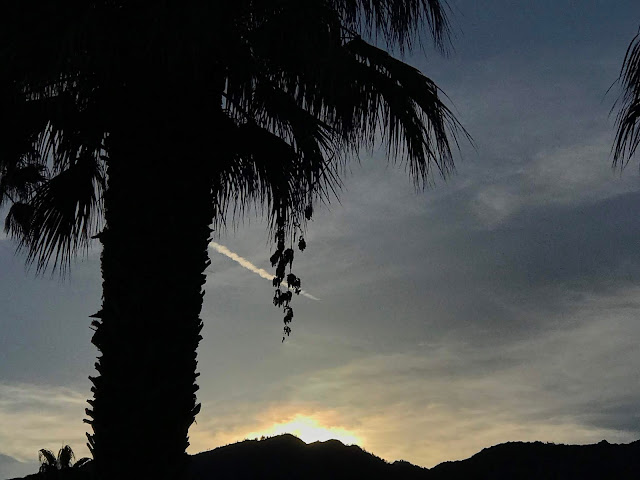 A capacity to survive may be hard wired into that vagal nerve highway between the brain and the heart. The Sierra Club reports a few signals of hope in the face of challenge.
World population, now at 7.7 billion is expected to hit 10 billion in 30 years. More mouths to feed on a planet undergoing significant climate change-growing deserts, massive floods, extended droughts is problematic, yes? 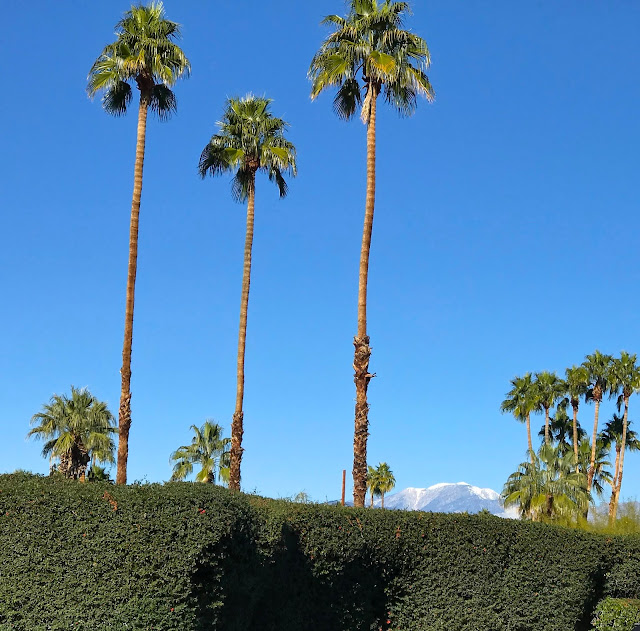 Ingenuity and resourcefulness have begun the response.
Urban and hydroponic farmers around the globe have taken cues from Holland where a small nation has become a major vegetable exporter.
As Sierra reports, indoor farmers precisely control water and fertilizer inputs and use LED's to emit photosynthesis-optimized light. Vanguard farmers have converted underground spaces, shipping containers, old industrial locations into soil free growing operations. 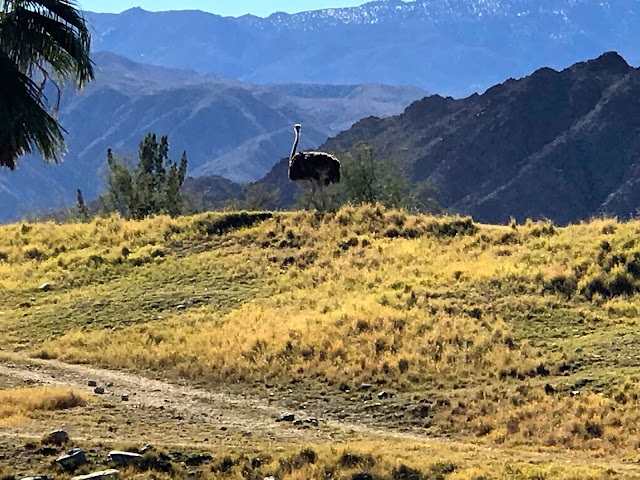 Where it is dry engineers are improving passive fog and water vapor capturing technologies. In areas of Peru and Chile farmers no longer rely entirely on rain.
Tech farming, advanced at schools like Purdue is expected to be a $10 billion industry in 5 years. GPS guided self driving tractors were the start.
The next phase includes in-the-field water sensor irrigation, drones, multi spectral analysis measuring sun and water absorption and satellite information.
No-till farming techniques improve moisture and nutrient levels in the soil and protects from erosion. 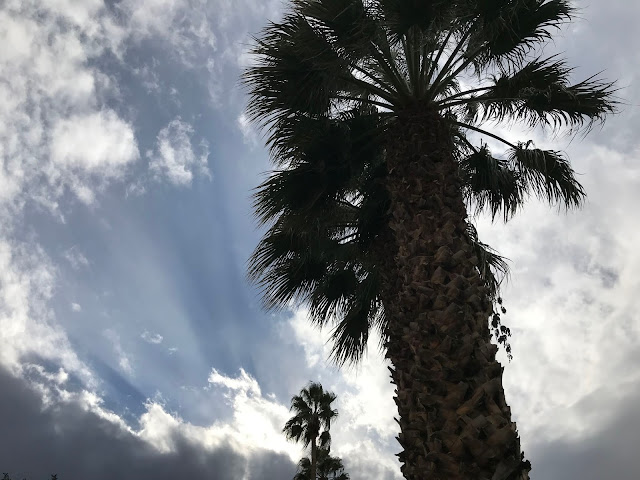 renaissance thought
As human stupidity or natural forces cloud our future, the better side of the human animal responds. Marshall Medoff is a case in point. 60 minutes recently revealed his amazing new technology that turns plant life into fuel and even new food products.
It is such a stunning development luminaries from science, government and investment sit on the board;
--Robert Armstrong former Department Chair at MIT,
--Gregory Beecher, CFO of Teradyne, former partner at PriceWhaterhouseCoopers,
--Steven Chu former Secretary of Energy and Nobel Prize winner,
--Sir John Jennings former managing director of Royal Dutch/Shell,
--Mario Molina three-time member of US President's Council on Science and Technology and Nobel Prize winner in Chemistry,
--William J. Perry former US Secretary of Defense,
--Richard Schrock Nobel Prize winner in Chemistry,
--George Shultz former US Secretary of State, Treasury, Labor and Director of the Office of Management and Budget.

our better angels
Even in the most dire of circumstances our better angels preside. Doctors without borders, NGO and aid volunteers,  relief workers, counselors, chaplains, educators, emergency responders, and many more are found in war zones, disaster areas, refugee migrations, camps, settlements, and where there is human need. 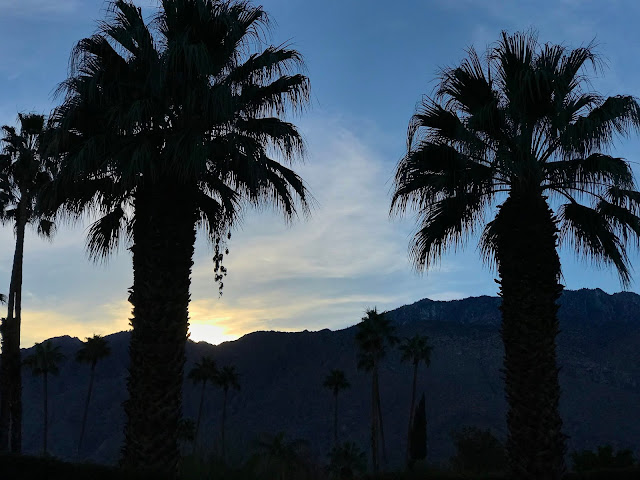 There are millions of other human beings noble, caring, sensitive and more worthy of influence than a venal, greedy man and his associates in the inflicting of a crime on federal workers, as well as pain and suffering to people and to this planet and the sensitive balance of life.


a hand out to our federal employees
Here's a radical suggestion, wrapped in compassion.
George Soros, Sheldon Adelson, Tom Steyer, and the Koch brothers spend hundreds of millions, if not a billion dollars in aggregate to fund campaigns, public relations efforts and causes in their interest. Don't you think they could offer an emergency fund to those 800 thousand government workers who are not being paid. A few hundred thousand dollars means nothing to the uber wealthy influence peddlers but could be a God send to workers struggling to pay mortgages, buy medicine, make car payments, buy groceries and etc.
For heaven's sake, these people are forced to work with out pay by the US government. Can anything be more unAmerican or wrong?

the righting of wrongs

My warning bell indicates the more trumpy of you may say the Democrats are also responsible. Not so. Even Republicans voted for a spending authorization. This rogue president had two years of total control of the government and his own party couldn't carry the day to get a "wall" built. I urge you to watch the evolution of the man's remarks on the wall and to understand it was only a code word by campaign handlers to get him to talk about immigration issues because it played well with his more poisonous base.
He's in trouble. He's under attack. All of this was predicted by establishment Republicans. All of this was foretold by men and women who served in Republican administrations from Reagan to (W) Bush when 55 of them warned America he was unfit for office.
The judicial system he has attacked is working as it has for two centuries. It is the process of a republic. He is a disease and he has infected America and the cure is under way.
It's my hunch the man who I have thought is a greedy, tax cheating, venal, stooge may also be a real traitor who sold out his country for his own personal gain. He is the worst of us.
There are many, there are millions who we should celebrate. They lead us to reach higher.