Reaction Time and The Dream 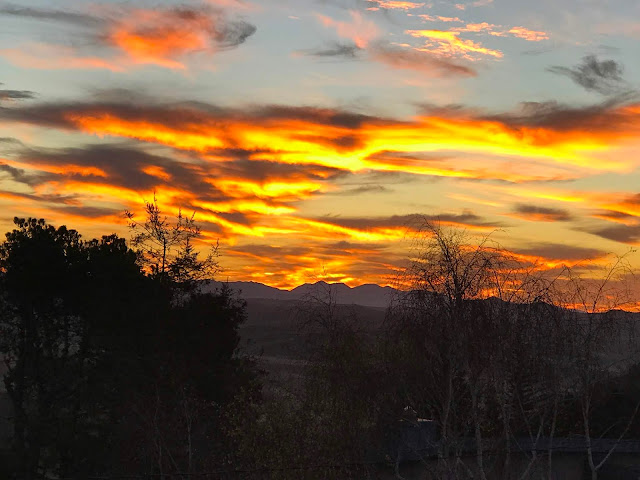 It's subjective and no one knows, but I think if Martin Luther King Jr were alive, his primary focus would be economic disparity. He raised the issue of poverty and since his death the gap has widened. The rich have gotten richer and the middle class is crumbling. Like prophets he spoke truth to power. As Aristotle noted, inequality leads to instability. Instability looms and the rich are deaf. 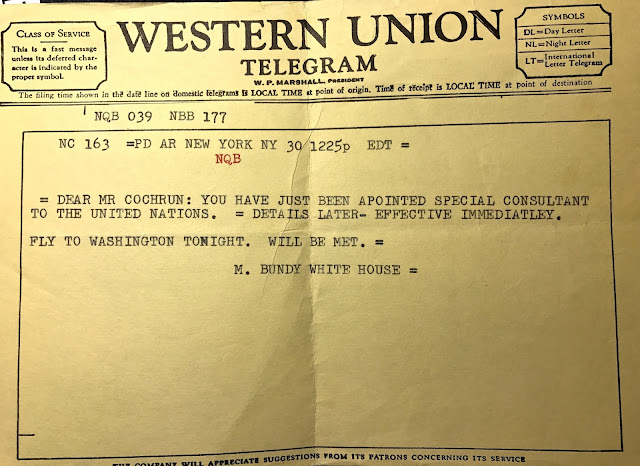 For the record, I was never appointed a special consultant to the UN. I found this telegram as I sorted through old files. I had forgotten about it. I remember it showing up at my residence when I was at college. I chuckled about it but never learned its source. For almost 50 years I thought it was the prank of my fraternity brother known as "Cool Breeze." John Schleeter was a true political junkie and a jokester. As recently as this fall John denies he sent it, or produced it . The Mystery remains.


in a time of social media that means....
The recent skirmishes over a Buzz Feed report that Robert Mueller broke his stone silence to refute and the flap over a viral video from the weekend are testament to how we should miss "the good old days," those would be the good old days when the news media was in the hands of men and women who were experienced and were professional.
Back in the day before social media and smart phones, adults attended to the aggregation, editing and distribution of "news."  Yes mistakes were made, but they were rare and they were always corrected. Now with millions of phones and media feeds and instant comment and reaction there is a lot of garbage in the flow. And we don't seem to be very smart about what to believe and why.
What about the source? What about the intent? Is it real? How many sources do you have? In the pre digital world those kind of issues were important. Now, I can post a video or tweet something and it's out there and being reacted to without any qualifications, validations or certifications. It's not just individuals, it is also organizations who act so carelessly.
When I saw the video of the so called confrontation in Washington I thought it was dubious, but I was amazed at the conflagration that surrounded it. Over reaction prompted more overreaction and the decibel level of America escalated again.
It's bad enough we have partisan so called "news" networks operating, now we have a multitude of other voices adding to the hysteria. My advice-trust no one. Make them prove they are right before you buy in. Don't react to the first thing you see or hear, think about it. Look for other sources, weight what others think or say or interpret. As unlikely as it is, I paraphrase former President Reagan-watch it, read it but "Verify."
And as for news sources--if the bulk of their content, broadcast, print or on line, is commentary and analysis and personality-be very, very skeptical.  For example, compare Fox News and MSNBC to the BBC.
a playwright in the field 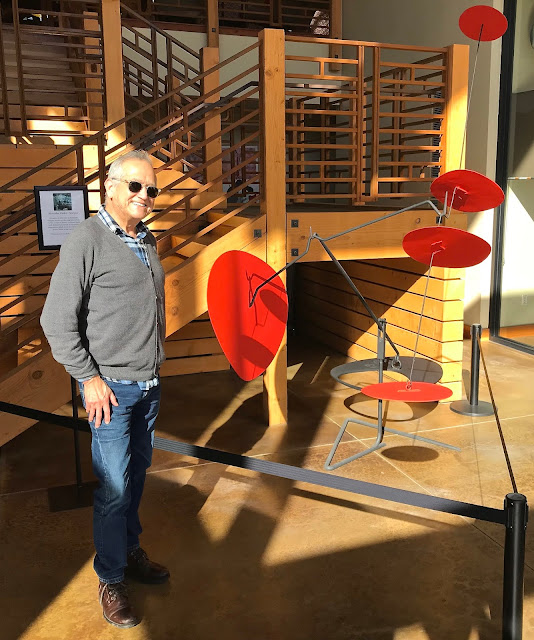 Actor, producer, director and playwright Tom Alvarez is a long time friend. He and his creative partner have written and staged Calder, The Musical. It seemed only appropriate that he pay respect to the nearest Calder, here on the central coast.
Halter Ranch Winery in the Paso Robles appellation provided Tom a close up visit. 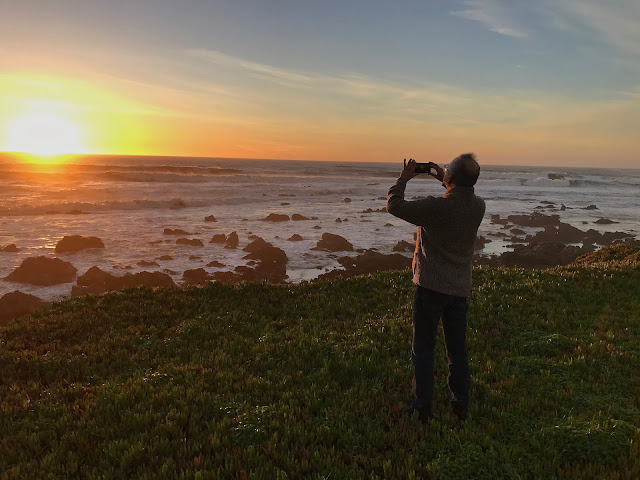 Tom also got a close up look at the sun dropping at a western chunk of the US, in this case a little spot in Cambria known fondly as Griffin Park, because it is 110 steps from the Griffin's front door.

See you down the trail
Posted by Tom Cochrun at 6:06 PM