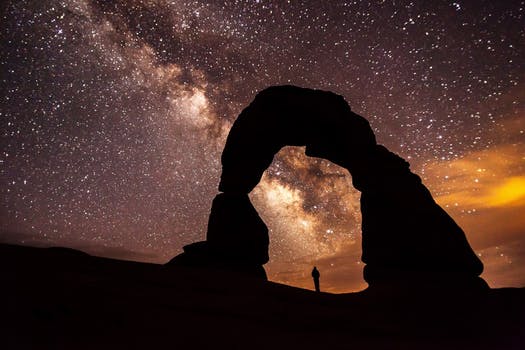 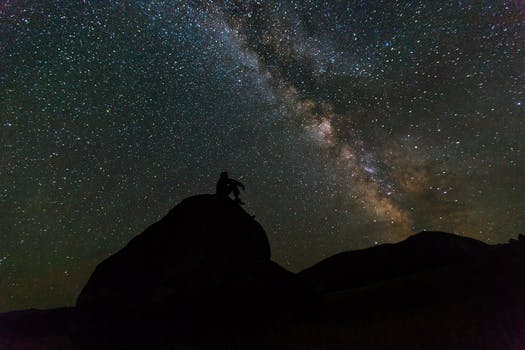 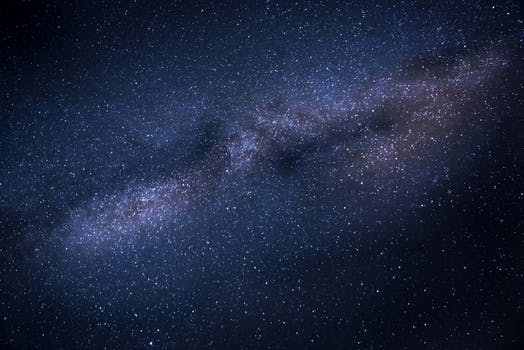 Astronomer Scott McMillan could have hit me in the head with a 2X4. He said the way we have preserved wilderness in national parks, preserves and marine sanctuaries is necessary for the skies.
Consider this. It was a mere 140 years ago that electric lighting began to illuminate our lives. From the dawn of human life on this blue planet all or our ancestors had access to stars, constellations, galaxies and the infinity of space. It has been only a bit longer than our lifetime since we could look into the night sky to see what inspired science, religion, philosophy, art and literature. As McMillan said now millions of children will never know the wonder of the Milky Way. Perhaps some of you are unable to see it.
The first time I saw stars that arched over me like a bowl was standing on a cliff at Big Sur. The stars rose up out of the roaring Pacific and passed over my head until they descended into the towering redwoods behind me.
It's difficult to explain a moment on the plains of the Serengeti in the Great Rift Valley in Africa as I stood in absolute silence enveloped in a 360 degree dome of millions upon millions of stars, galaxies and visual wonder. That extraordinary sight and sensation caused me to shudder, almost shake. It seemed to have touched a key in my mind that changed my consciousness.
Until the early twentieth century all of our ancestors had  those night sky experiences. How have we changed as a specie as the stars dim? Has it diminished our capacity? Do we routinely take desecration of nature as something we accept? Do we look down more than we look up and what is the significance of that?
Thanks to the efforts of Beautify Cambria we have become part of a Dark Skies initiative. I have become a proponent of the International Dark Sky Association.
I urge you to link here www.darksky.org
Light pollution hurts the planet and life in ways that many are unaware. Human health is affected, it devastates wild life, it wastes energy and money, it can make you less safe and it robs us of our heritage. There are simple, inexpensive things we can do.
I'm lucky to live at the edge of the continent, between the vastness of the Pacific and unpopulated coastal mountains and forests. But growing up in the mid-west I saw the dimming of the stars as cities grew and lights polluted the sky. We owe it to our self and to next generations to protect night skies and the wonder they hold.

"When in the Course of human events, it becomes necessary for one people to dissolve the political bands which have connected them with another, and to assume among the powers of the earth the separate and equal station to which the Laws of Nature and of Natures's God entitle them, a decent respect to the opinions of mankind requires they should declare the causes which impel them to the separation.
We hold these truths to be self evident, that all men are created equal, that they are endowed by their Creator with certain unalienable Rights, that among these are Life, Liberty and the pursuit of Happiness.
That to secure these rights, Governments are instituted among Men, deriving their just powers from the consent of the governed.  That whenever any Form of Government becomes destructive of these ends, it is the right of the people to alter or abolish it and to institute new Government, laying its foundation on such principles and organizing its powers in such form, as to them shall seem most likely to effect their safety and Happiness.

But when a long train of abuses and usurpations, pursuing invariably the Object evinces a design to reduce them under absolute Despotism, it is their right, it is their duty, to throw off such Government and to provide new Guards for the future security."

Is North Korea's leader a despot?
Is Vladimir Putin a despot?
Should the President of the US legitimize despots?

What are the opinions of mankind about our present leadership? Are they being given a decent respect?

"I hold it that a little rebellion now and then is a good thing, and as necessary in the political world as storms in the physical.--It is a medicine necessary for the sound health of government."
Thomas Jefferson to James Madison,
Paris, January 30, 1787

Wouldn't you count it good fortune if the ghosts of Thomas Jefferson and John Adams haunted us these days?
Maybe they could whip the dickens out of you know who!