A Toast to Well Done and Spectacular 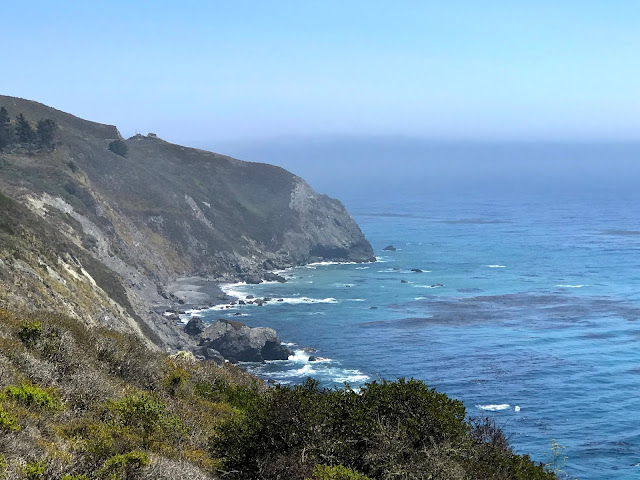 These recent photos are evidence of what we've been waiting for.
Frequent readers of this space will recall my devout love for Big Sur. It is the part of California that hooked us and tickled our imagination for years. Eventually time and life conspired and led us to make a retirement move from Indianapolis to a place where we knew no one. We knew we loved the California central coast. 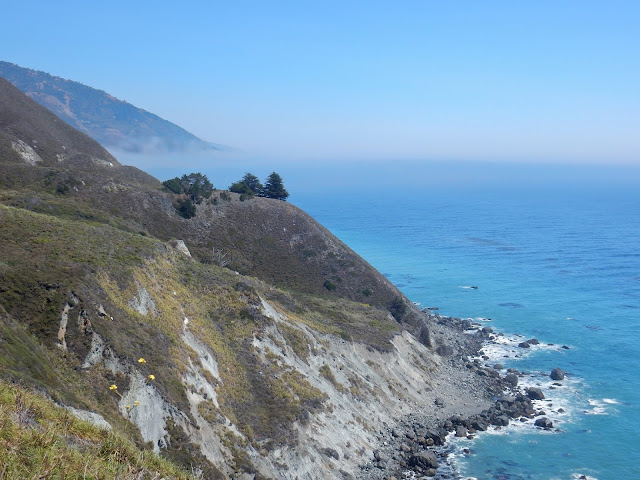 Until 18 months ago we came and went freely on the spectacular Pacific Coast Highway to the legendary Big Sur.
Highway 1 is our primary road, but about 25 minutes north the road was closed by the largest landslide in California history.
The frame below was shot on May 22, 2017 by John Madonna. 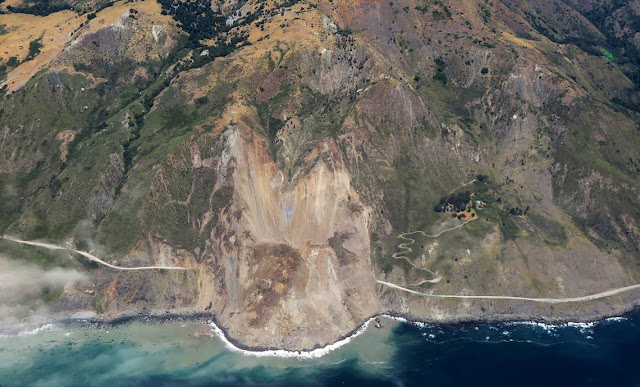 Photo by John Madonna for Cal Trans
That is some 6 million cubic yards of slide material. As you can see it buried Highway 1 under 40 foot of debris and created a new peninsula on the rugged coast line.
It took heroic effort by Cal Trans engineers and workers and the John Madonna construction company to re open the iconic highway. It was a $54 million project. An average of 20 workers began each morning at 5AM and many of them worked 100 days before taking a day off. It was hard and dangerous work and the land continued to slide.

In the before and after composite published by the San Luis Obispo Tribune you can see the historic change.

While those of us who lived 30 to 40 minutes south were denied access to our beloved Big Sur and were forced to take the 101 to Carmel or Monterey, those who lived there were devastated.
Work, school, commerce, and the commutes were shattered. To go anywhere required hours long journeys via arduous and dangerous mountain roads.
But traffic flows again. 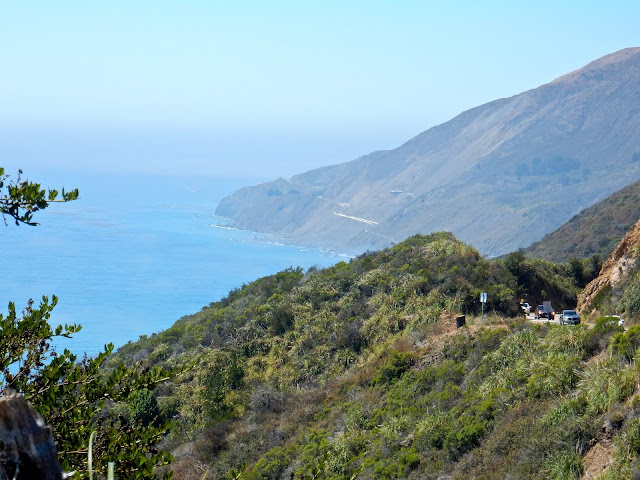 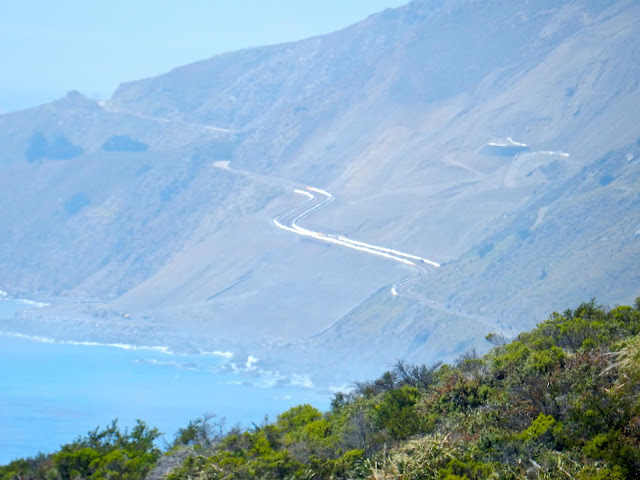 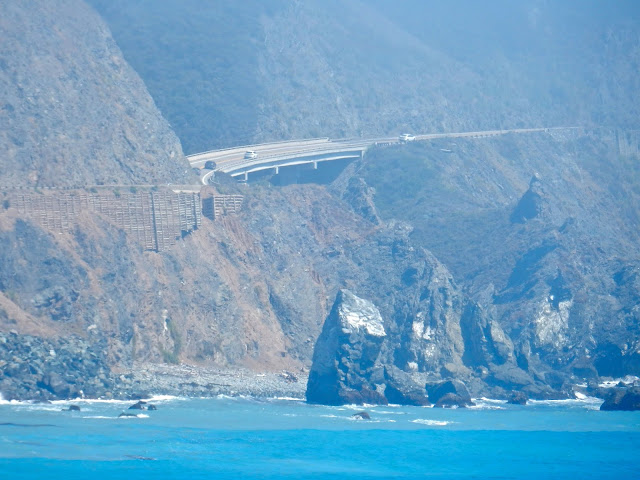 I've been fortunate to drive many of the world's spectacular mountain, wilderness and coastal roads. Highway 1 from our Cambria home to Big Sur excites and gives me joy as much as any. As my friend Jim, who introduced Big Sur to us all those years ago says "It never disappoints!" 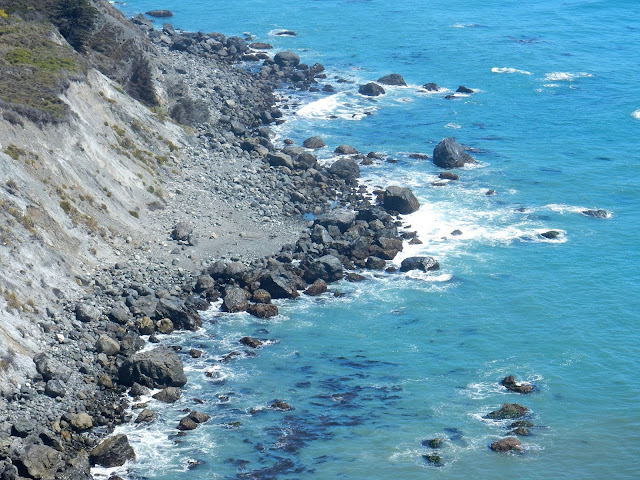 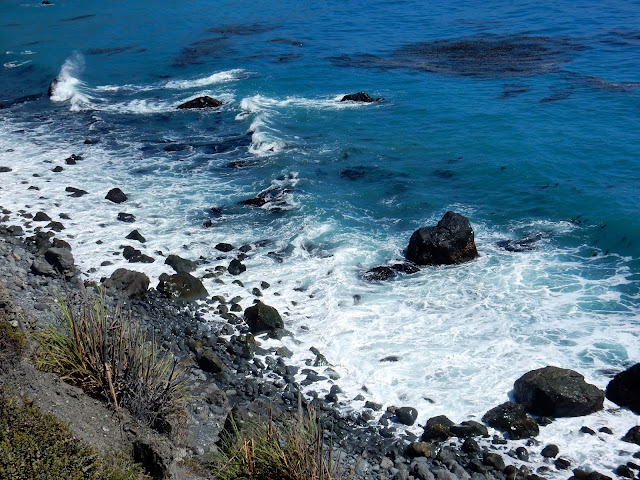 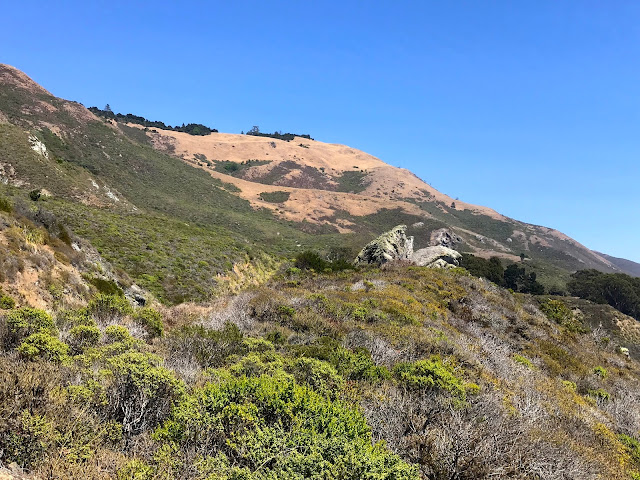 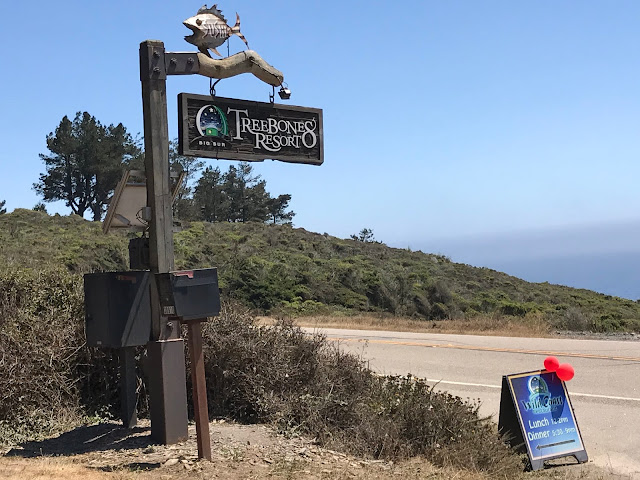 Being back in the magic area was a good cause for a lunch and toast to our love of Big Sur and a "well done" to John Madonna Construction and Cal Trans workers. 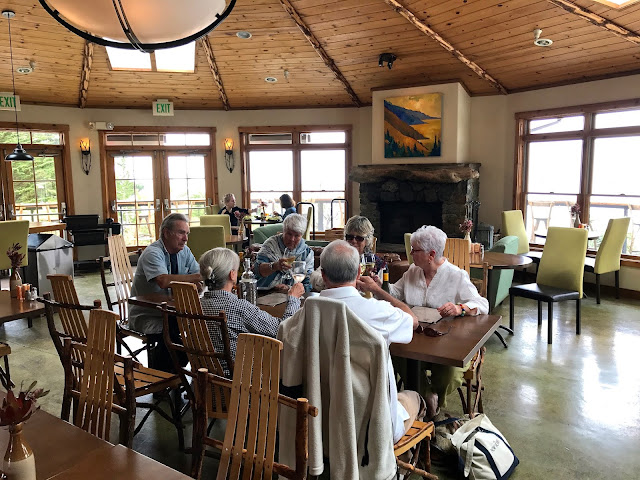 See you down the trail. And I hope that means that sometime in your life you'll drive Highway 1 through Big Sur.