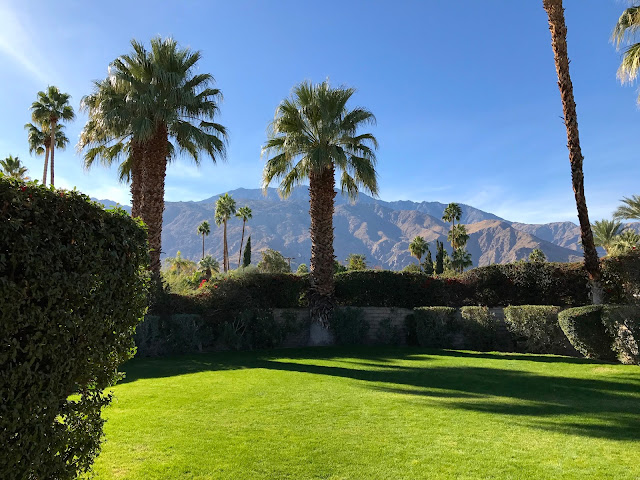 We are mindful of the weather misery being visited on so many places this winter, so as a momentary refuge we offer an image to warm you.
Palm Springs in winter is a slice of heaven. We know the opposite. There were so many days when ice and snow crud slashed the view from my office windows, or when I bundled in extra layers and pulled on thermal boots to field an assignment that I would resort to looking at screen savers of California climes. For readers who find themselves needing a change of scenery, these are for you. 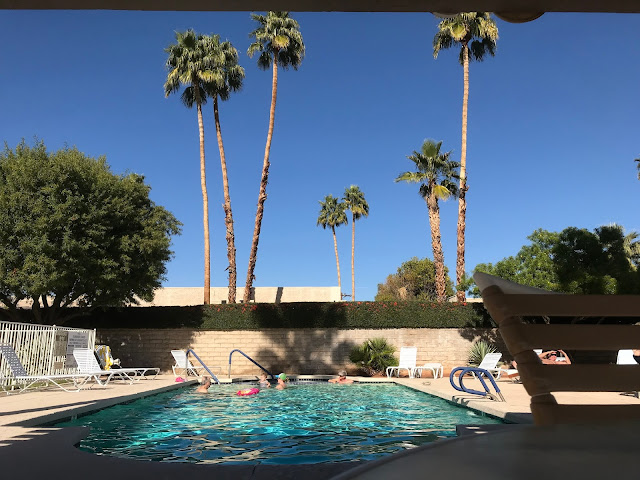 Photo courtesy of Marcos
We wish you the best as you endure. Your summer scenes will return, in time.
It was about this time of year when I wondered why pioneers and settlers pushing west didn't consider the assaults of winter back east, in the mid west, or in the Great Plains and decide to get the heck out of there as soon as spring arrived.

a tale of two women
I try to avoid seeing Sarah Huckabee Sanders, deputy press secretary. I've watched decades of White House press briefers and she must be among the worst. Maybe she's smart, but it is not evident. Maybe she has class and a great personality, but again they are not in evidence. She's a horrible mouth piece and the fact she's working for who she does just lowers any skills she might possess and be hiding.
It happens I got a glimpse of one of her abusive sessions as I was about to take a stroll along Palm Springs' Walk of Fame. I guess I was grousing to myself about how far we have fallen when, serendipitously, I came upon a star, made poignant by a recent passing in Palm Springs. 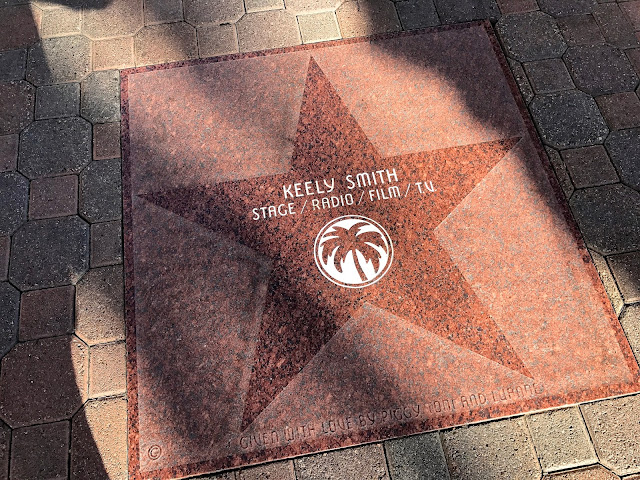 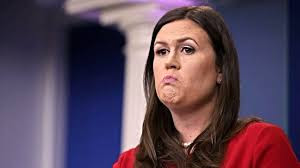 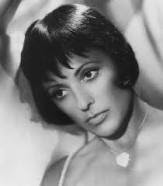 photo courtesy of allmusic.com
sweet
I was 12 or 13 when I caught Keely Smith with Louis Prima on television. I was hooked. Rock was in its infancy and if we were tuned to the right radio station we could hear Buddy Holly, Ricky Nelson, the Everly Brothers, Duane Eddy, Elvis, Little Richard, Jackie Wilson, and a lot of other stuff that wasn't rock. Female singers were rare. Connie Francis had a hit or two, but she did not smoulder like Keely Smith.
Prima's band, featuring Sam Butera was hot. A hybrid of sorts-jazz, R&B, big band swing and all with a New Orleans accent and that beautiful Cherokee Irish lass. Hybrid indeed, my introduction to jazz and the start of a young teen lust for Keely Smith.

In the mental mumbling and rambling I do at the turn of the year, especially this year, that juxtaposition between Huckabee Sanders and the Keely Smith memory lane underscored how much of a chasm there is between how a young lad thought things would turn out and the absurdist reality of the world today, especially datelined Washington.

So here's some therapy-take a stroll back, even to black and white television when the future looked good, and the present felt good and when it sounded great-and maybe even a little sultry. These are all short-as songs used to be.
Bet they'll make you smile.

See you down the trail.
Posted by Tom Cochrun at 11:17 PM