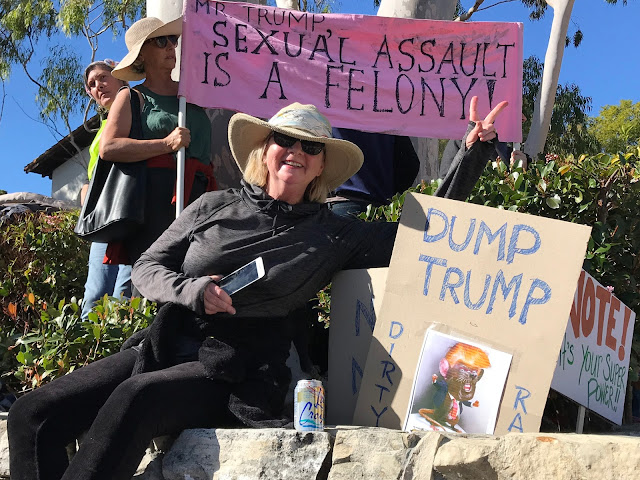 For the second time, thousands of Californians on the central coast gathered in San Luis Obispo for the Womens March. Their sentiment echoed that of millions across the US. 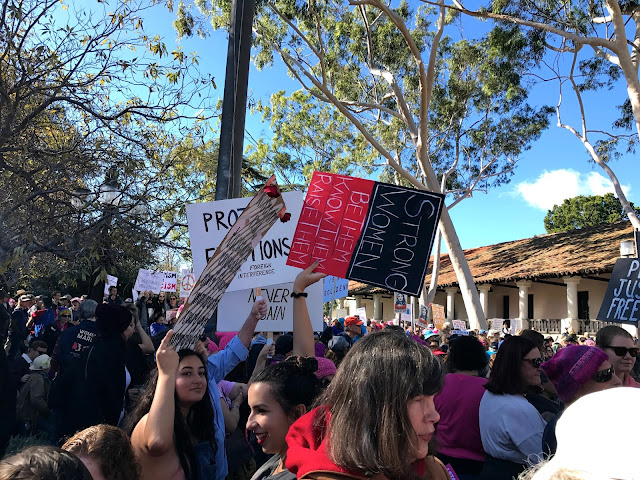 The first anniversary of trump's presidency and the majority  of Americans detest the man baby. 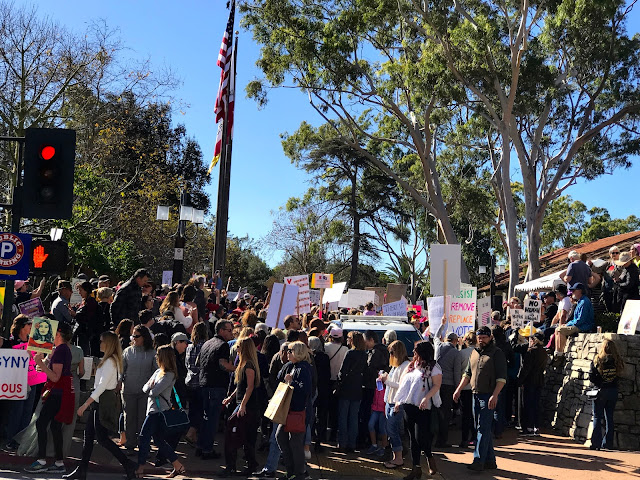 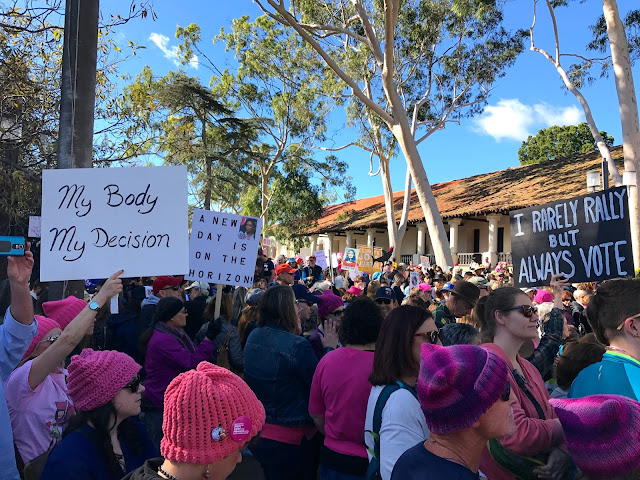 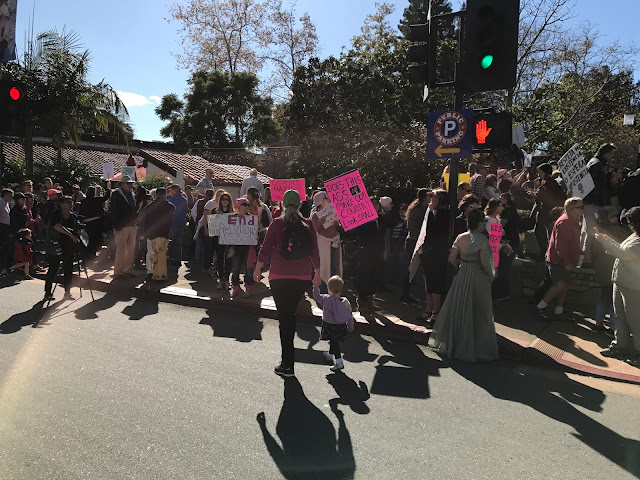 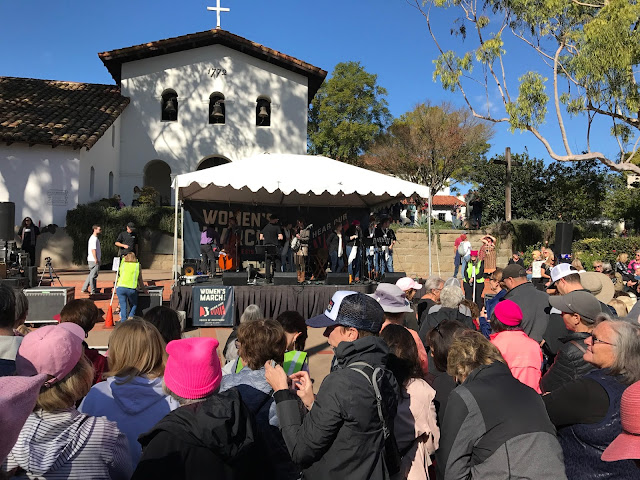 Mission Plaza in San Luis Obispo was jammed and crowded. 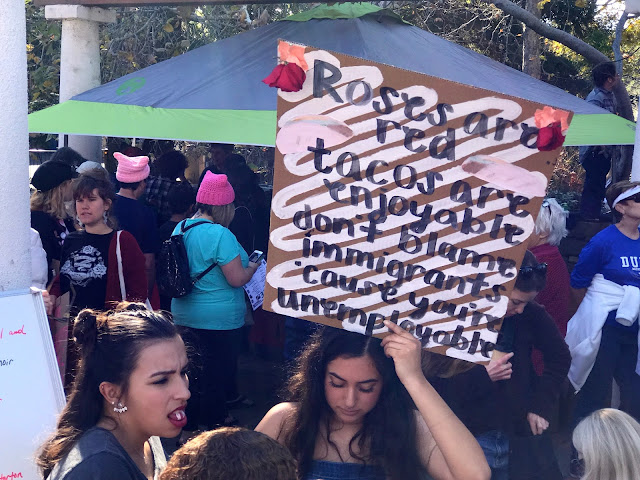 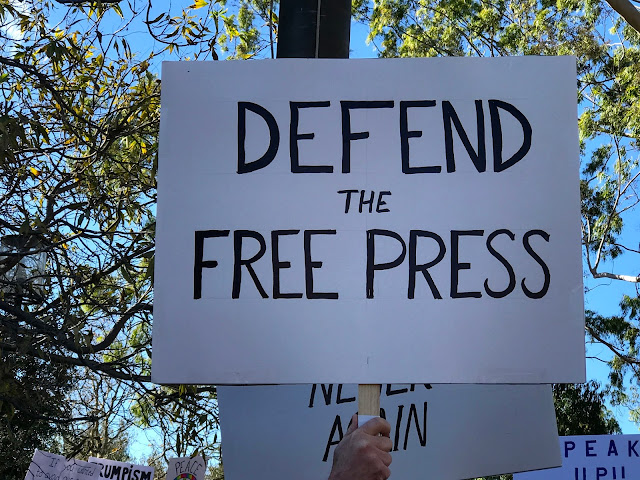 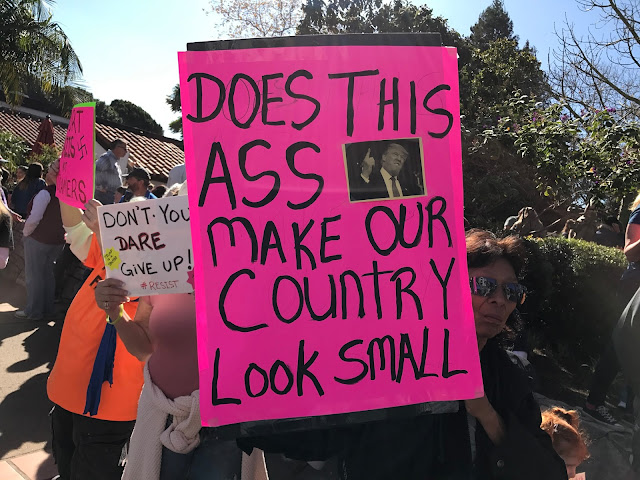 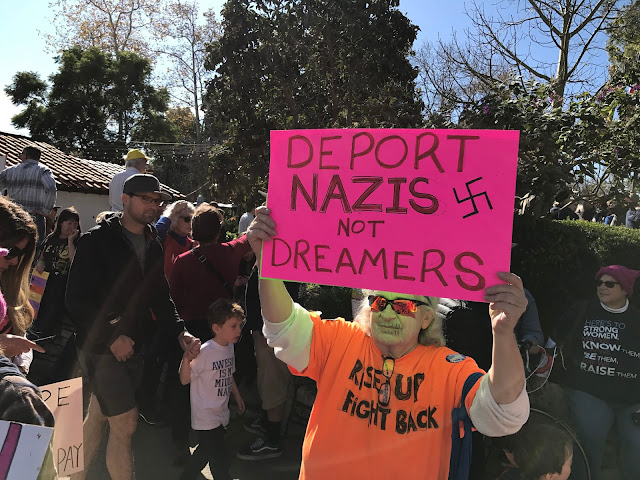 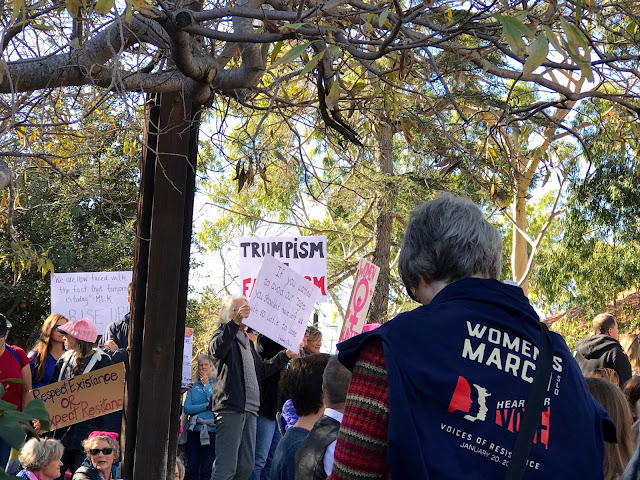 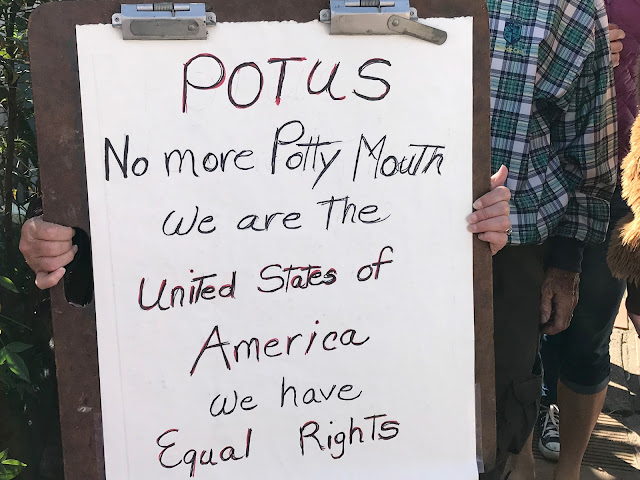 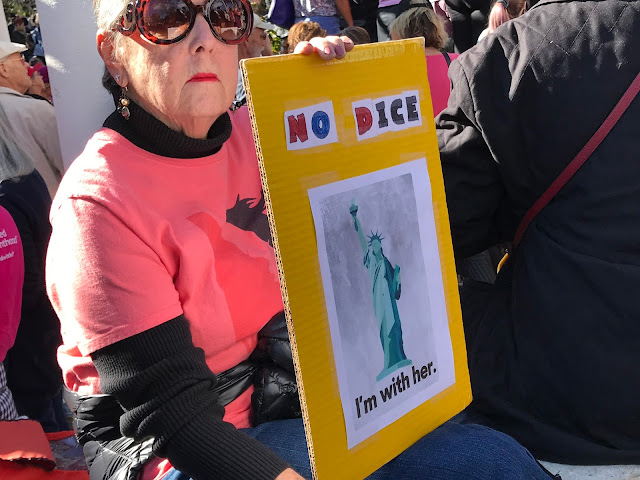 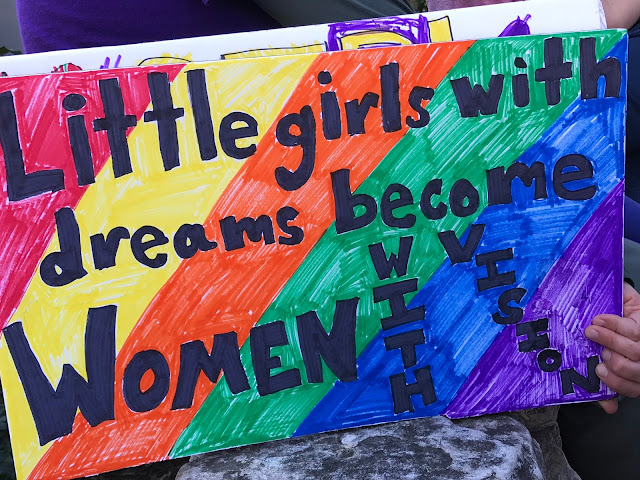 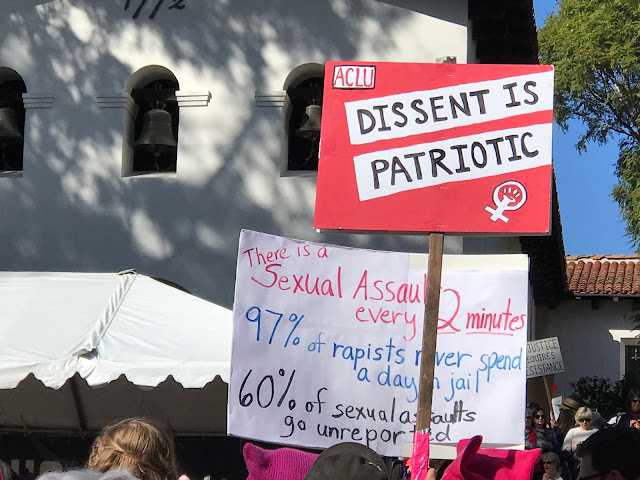 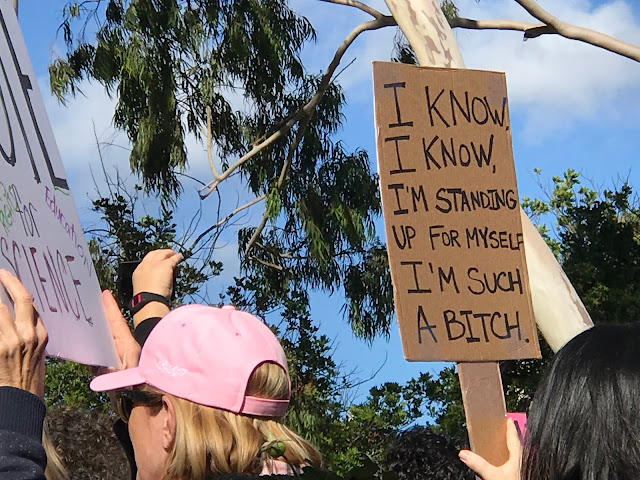 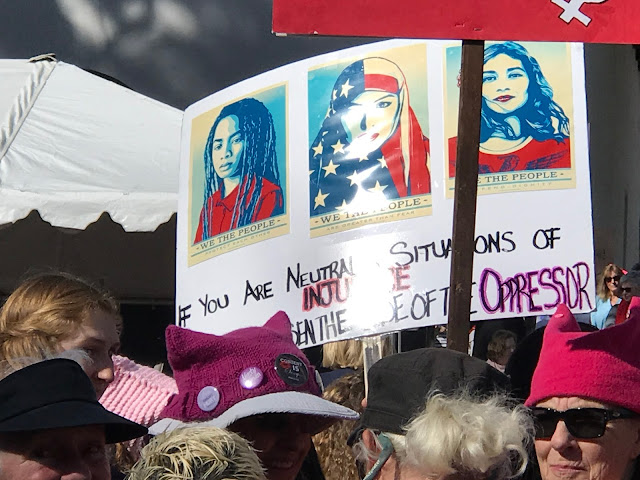 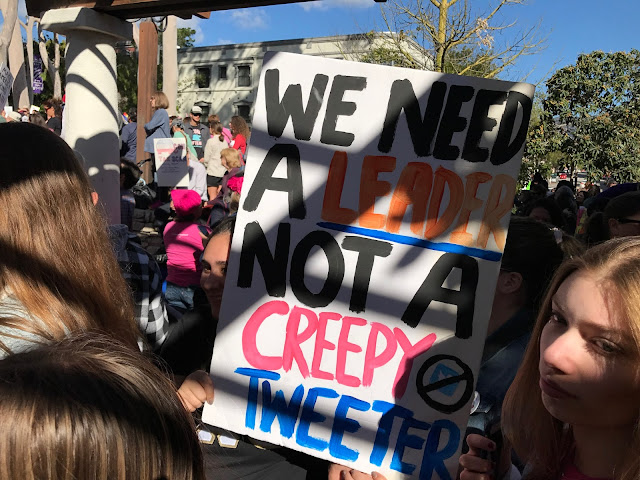 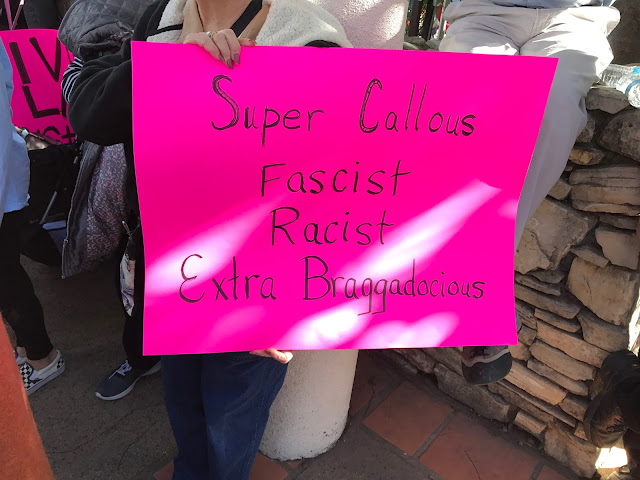 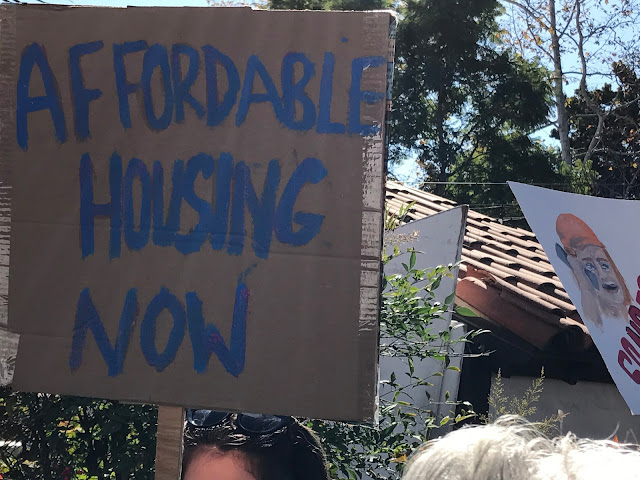 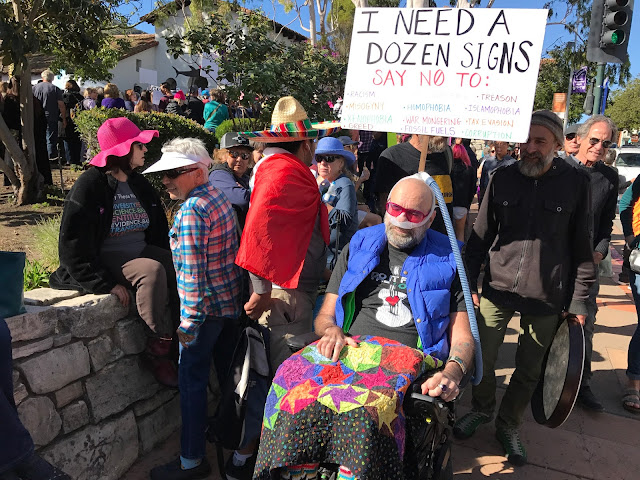 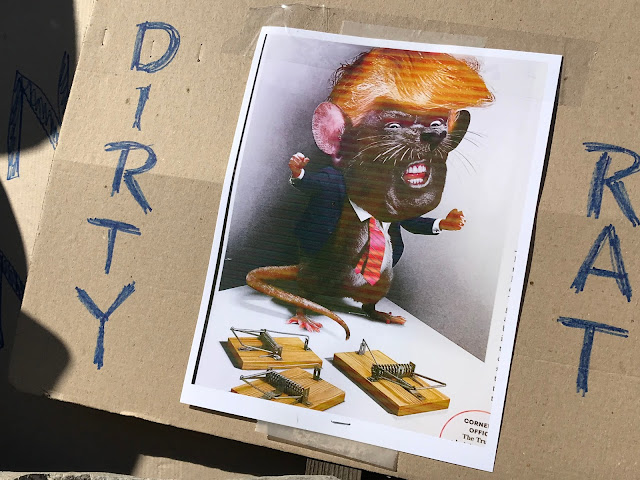 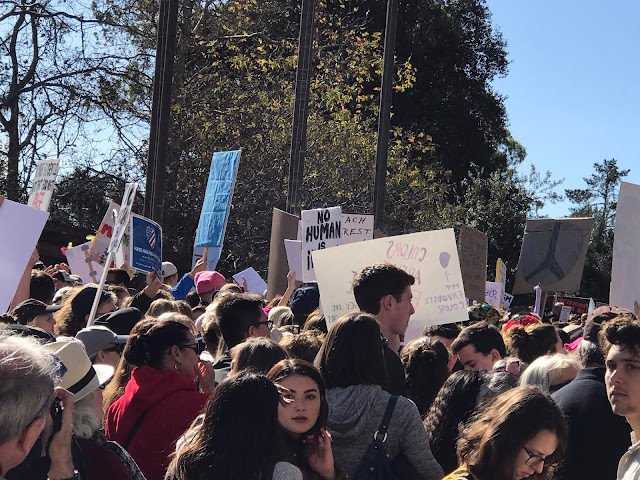 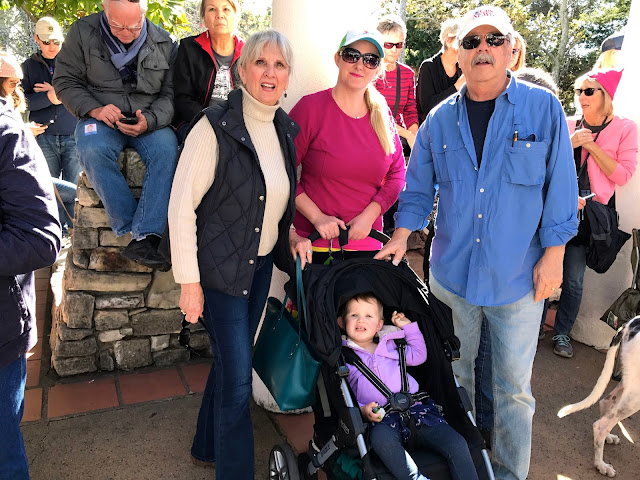 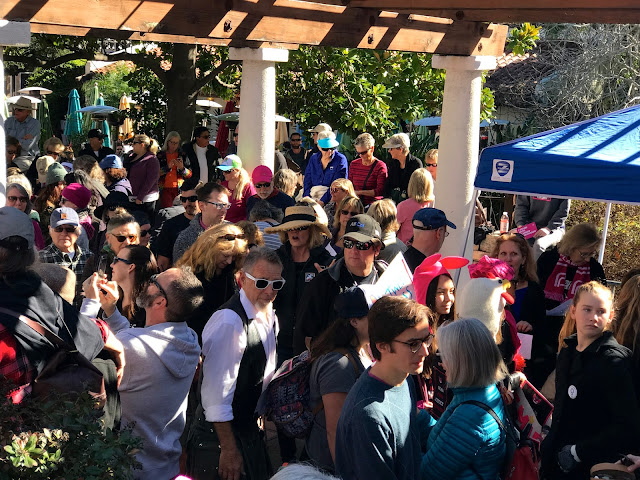 For a little gal making her first political rally, it was a bit fatiguing. 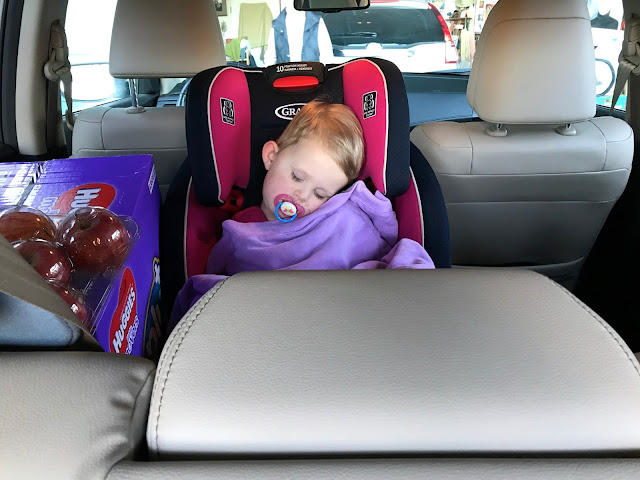 See you down the trail.
Posted by Tom Cochrun at 6:02 PM