Regular readers may recall Chef Giovanni of Harmony Cafe and his ability to delight all. Giovanni has moved from Harmony California, population 18, to Main Street, Cambria. He brought along the culinary magic. 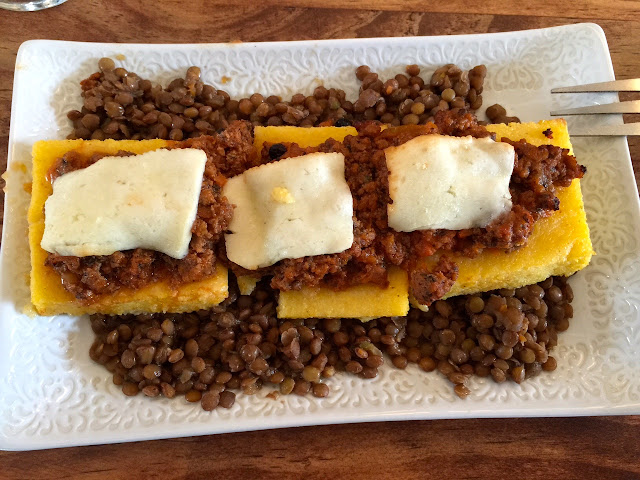 These, from his current monthly lunch menu, are examples. 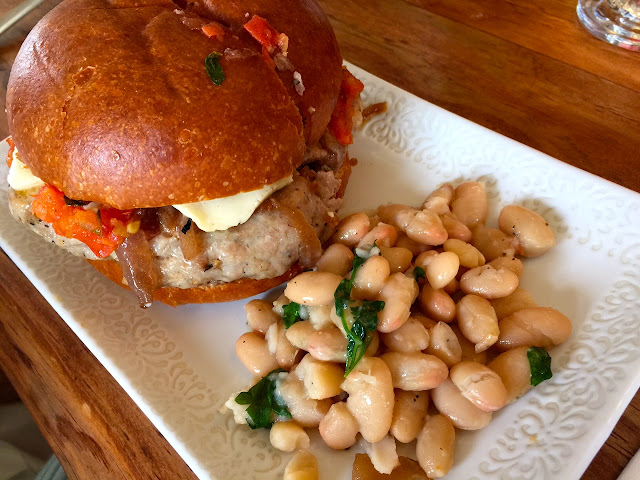 At the top the polenta and wild boar ragout with lentils. Just above is the sausage burger and cannellini beans. 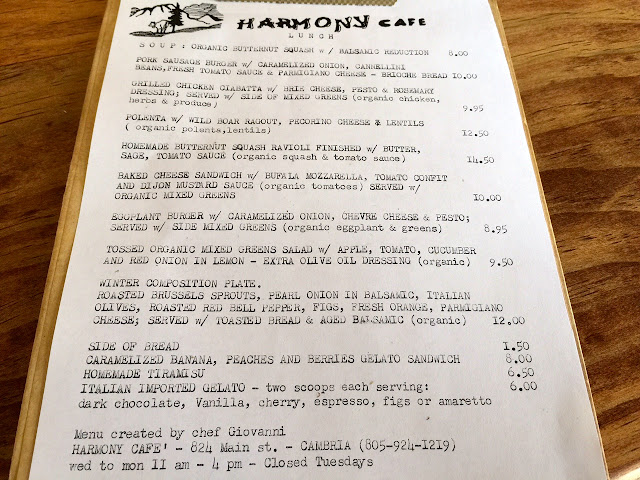 As you may discern after study of this recent lunch menu, making decisions here are a challenge. He tells me he stays up late thinking of new offerings. 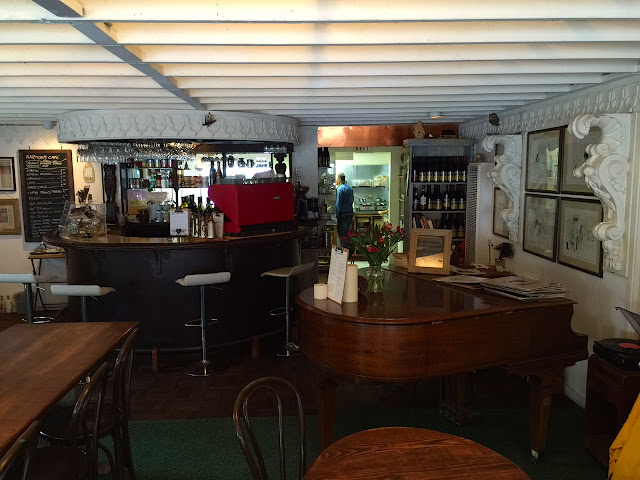 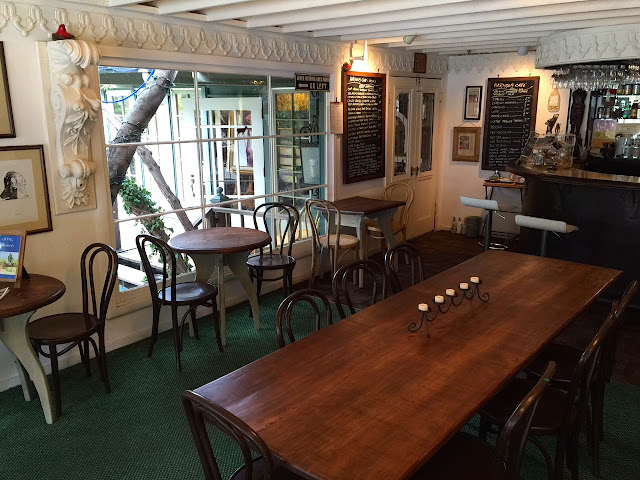 True to Cambria's bohemian and art colony nature, the unique wooden tables are the creations of craftsman David Plumb who is a singer and minstrel extraordinaire'. 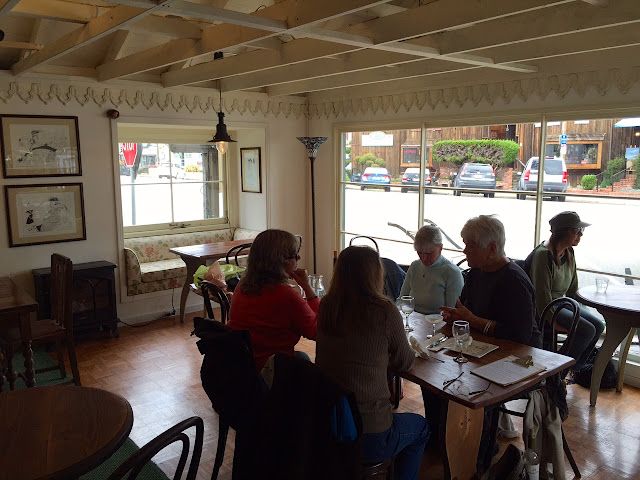 We share this with trepidation. Locals enjoy the masterful and inventive culinary skills and time to chat with Giovanni, a delightful character. When foodies discovered his location in rustic Harmony we found ourselves sharing it with those who came from LA, San Francisco and further afield. But great is great, so if you get to California's central coast, Cafe Harmony at the Pewter Plough is guaranteed to be an authentic joy.
In a future post we'll tease you a bit with some of his homemade dessert and coffee creations and his garden patio.
HARD STORIES FROM A DISTANCE
After seeing Beasts of No Nation I told friends that all of us, everyone, regardless of politics or belief, should be held accountable for something that has been reported but largely ignored, the weaponizing of children.
It happens in many places, but director Cary Fukanaga tells the story of an African orphan turned into a solider by a charismatic commander played masterfully by Idris Elba. Elba's performance is cited as being ignored by the Academy Awards nomination process. It's a shame there's no category for first time roles. Abraham Attah, the young Ghana native  who plays the orphan is extraordinary. His final monologue, as he relates to a therapist what he had endured changing from a gentle boy who prayed regularly and loved his family to a hardened killer is both a chilling and haunting performance. Tragic reality undergirds this difficult but important film.
Straight Outta Compton, posted previously, achieves something important as well that I failed to note. It provides a sense of the life that explains better than any politician, professor or activist why young blacks can grow up with an attitude about police and the larger society. Though some will bristle, as they did at the time, NWA was justified to have the anger and frustration they spoke so boldly.
Revenant is an epic. Its scale as story, production and ultimately as a film is huge and overwhelming. I understand why DiCaprio has been nominated. His work is phenomenal. However, in my estimation at least, Eddie Redmayne's performance in The Danish Girl is even better. Redmayne shows more diversity, range and complex emotion than did Di Caprio, as good as he was as a frontier scout fighting for survival.
In the last analysis the Oscars come down to something more than mere performance. Politics, culture and money are involved and DiCaprio's film is larger in all ways. That could make a difference. So too the fact Redmayne won last year for his portrayal of Stephen Hawking.
After all, the Oscars are not about curing disease, winning wars, ending oppression, bringing justice or anything earth shattering.  They are professional awards given by an industry where the bottom line is just that-commerce.