FORWARD WITH CHALLENGE-BACKWARD WITH WONDER 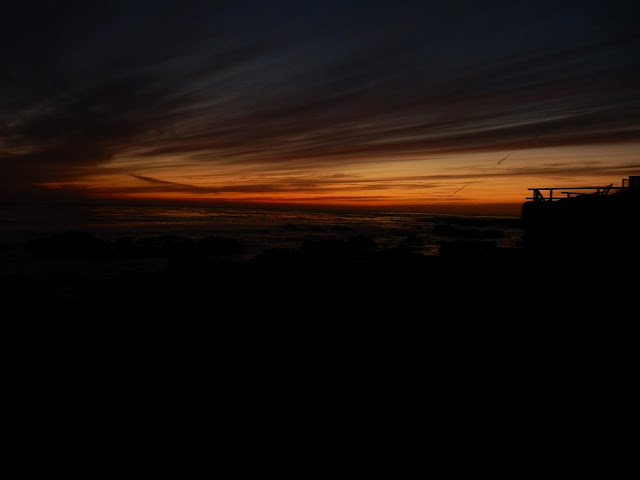 One of the great signs in our locker room was the bromide WHEN THE GOING GETS TOUGH, THE TOUGH GET GOING.
It's one of those things you never forget and it's advice many seek to follow, especially western citizens living through historic drought. Published reports indicate sections of the central valley, America's key agricultural zone, are sinking two inches a month because water is being pumped from aquifers in such volume.
We study maps, satellite images and thermographic interpretations, like reading tea leaves hoping to find something that assures us El Nino will bring rain to parched earth and concerned taxpayers. 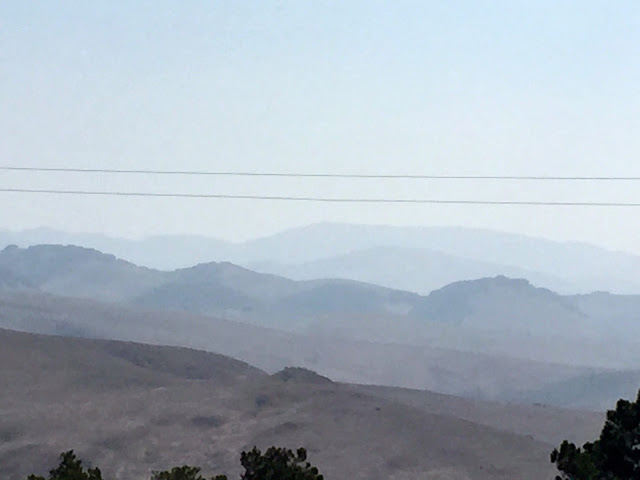 The Santa Lucia range coastal slopes are hazy. The usually pristine and cobalt blue sky, thickened by wild fires including one in our county. Thousands of firefighters and national guard troops  are at war with burning nature. It's that way in Washington, Oregon and around the globe.
The misery is indeed global. Possibly the greatest refugee migration in history continues, while Muslims war with each other. Tom Friedman recently put it in plain terms that I paraphrase-while they fight about to whom did God give the holy land, mother nature is at work.  She doesn't do politics, only physics, biology and chemistry.  Friedman noted it isn't Sunnism, Shiaism, Whabism or fundamentalism that counts. The only ism that matters is environmentalism. Muslim fighting is destroying nature as well as humanity and political regimes are being turned on their ear as people demand electricity and air conditioning. Hot areas are getting hotter.
China's recent explosion underscores how that giant, and lesser nations are doing their worst to despoil the planet, ruin water and foul the air.
Tough going on this blue marble. Business as normal ain't working. Even meddlesome good intentions fall short. Serious science now addresses prospects of an extinction. Don't you think it's time to think as planetary citizens, doing our best to overcome those old and artificial boundaries of nation, sect, tribe and race. Your problem is my problem. Solutions are to be shared. Even the most wealthy and powerful cannot live without clean air, water, food that be can trust and inhabitable space. It is as Fuller said, spaceship earth.  It's the only one we've got. Your blogger and the intrepid Catalyst blogger in 1985 somewhere on a ledge.  30 years ago we'd go the edge in moccasins and sandals and nearly bare legs. 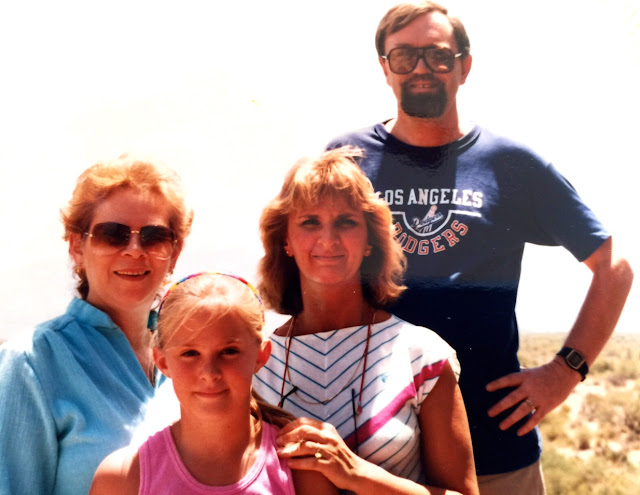 And on that Arizona adventure we had more tranquil moments. Left to right, SWMBO, young Kristin, Lana and Bruce, AKA Catalyst.  Long time ago with long time friends. 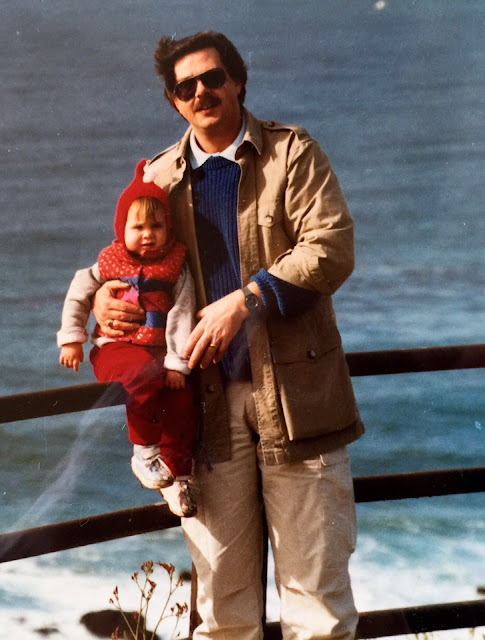 Mid 80's first visit to California for Katherine. Something must have clicked. She's now a California RN and still loves the Pacific.

See you down the trail.
Posted by Tom Cochrun at 1:54 PM