LIFE SPAN OF A LYRIC

IS THERE A SHELF LIFE?
An especially placid and expansive blue Pacific rolled by as Paul Simon's I Am A Rock jarred a stream of memories awake.
Then I began to wonder what Paul Simon thinks of the lyrics today. What do they mean to him now?  There are some wonderful lines beginning with the "Deep and dark December" and "the freshly fallen silent shroud of snow."
"Don't talk of love…it is sleeping in my memory"…"I won't disturb the slumber of feelings that have died"…"I have my books and poetry to protect me." What does the current Mr. Simon think of that 1965 version songwriter?
Paul McCartney, Bob Dylan and Peter Gabriel tunes followed and I wondered again, how do songwriters think about earlier work, especially those that were hits and choreographed seminal moments in the life of a generation?
We've changed and our perspective on those passages of life that played against the music of our era have morphed as well. Some lyrics no doubt mean the same today as they did then and as they will tomorrow, but some seem more fragile, or wed to an ethos that existed then. Is it a matter of sensitivity, emotion, a breakthrough or insight? Or perhaps it is all in the ear of the beholder.  Still, I wonder  how Simon, Dylan, Lennon, McCartney et al regard some of their early work and their labors at being profound.
Then I hit a button and was enveloped in a Stones set and cruised up the coast in a slip stream of Wild Horses, Jumping Jack Flash and Street Fighting Man. Pretty sure there's been no slippage of meaning in those and the boys can still bang them out. Maybe somethings don't change, they only age. Cheers to the vintages. 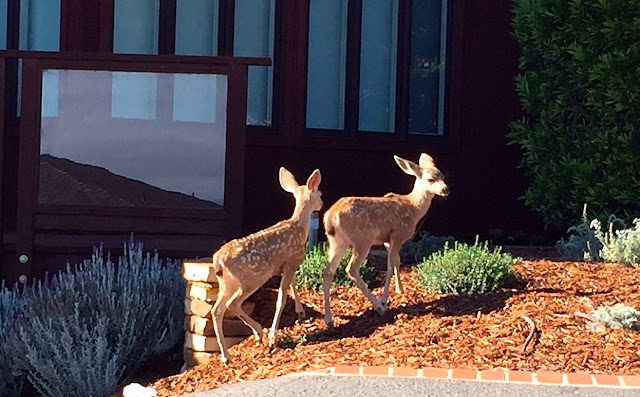 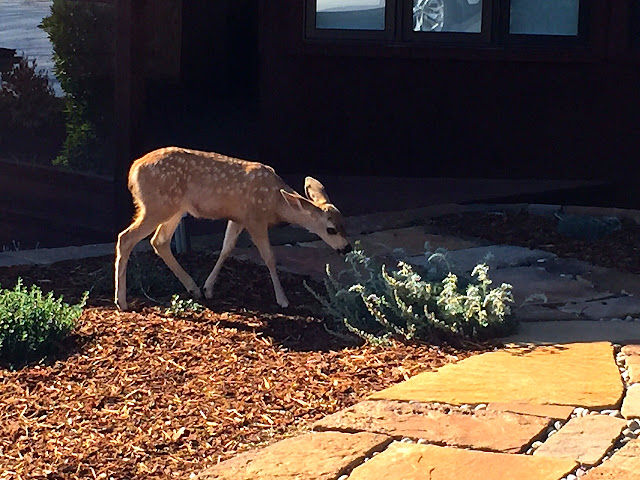 Double the munch, a reason gardeners resort to fences. 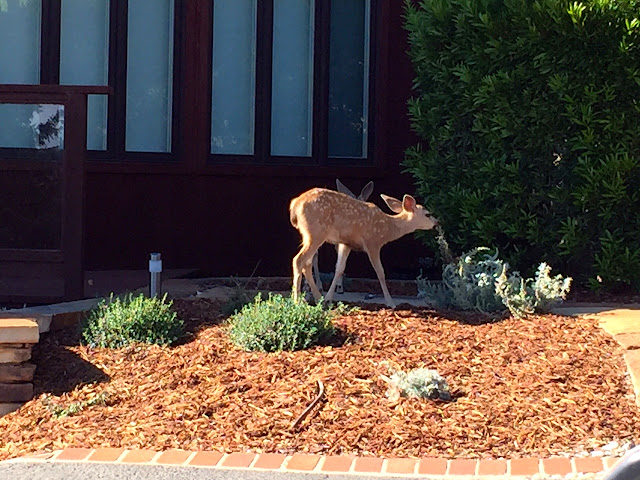 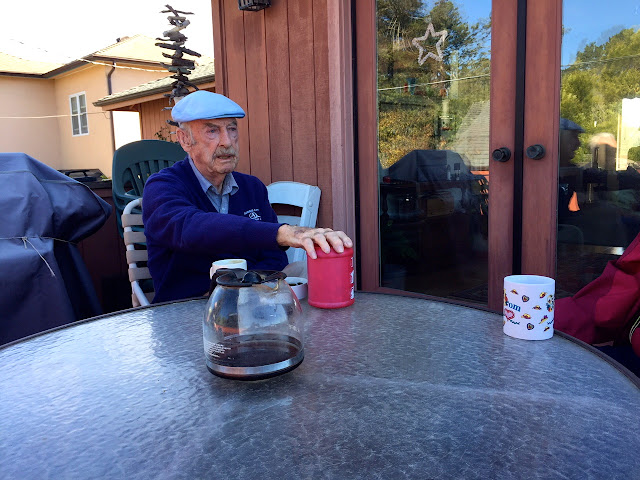 John is one of the village's most active citizens. At 90 he's learned a few amusements here between the Santa Lucia Mountains and the Pacific. 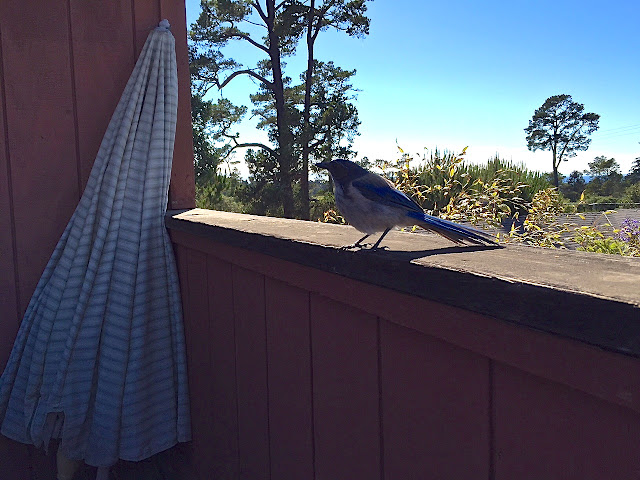 His co-star is "Jay" as John has dubbed him. 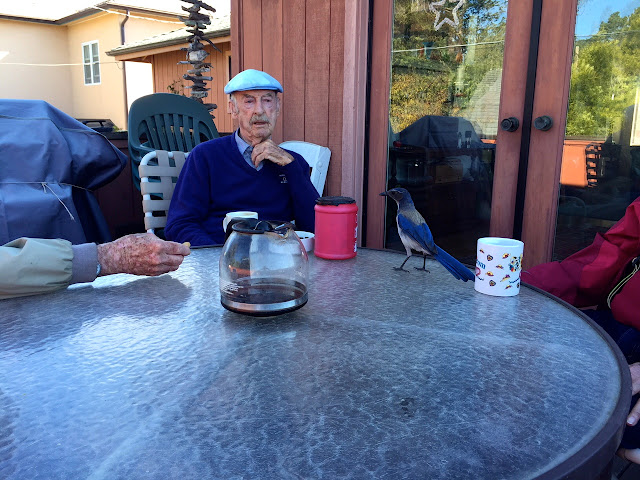 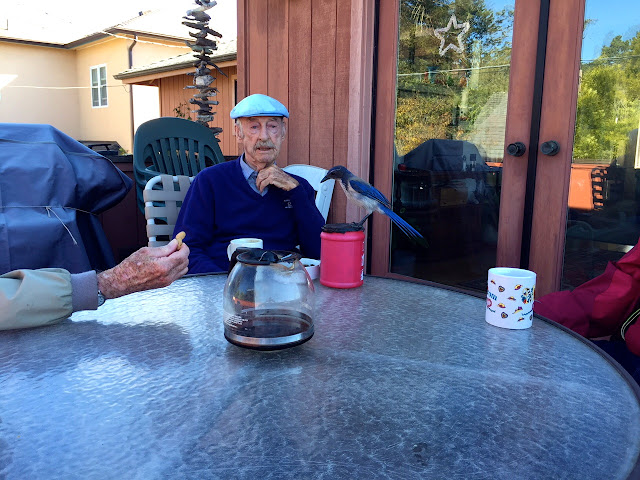 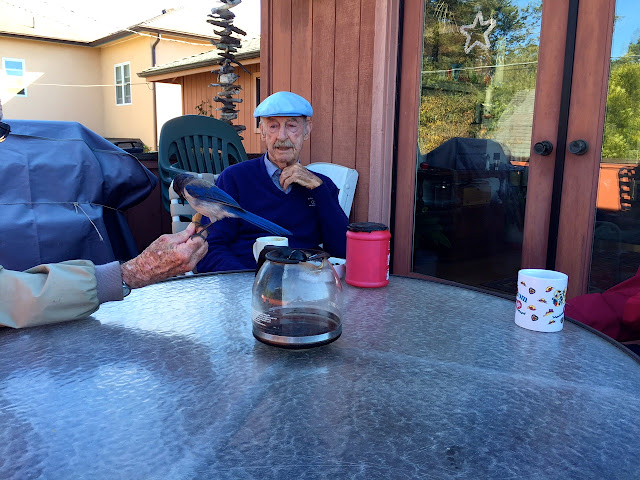 Our buddy Reg also gets into the act. 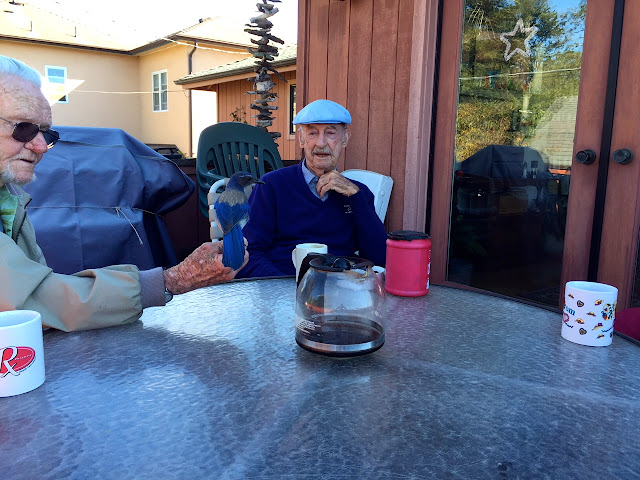 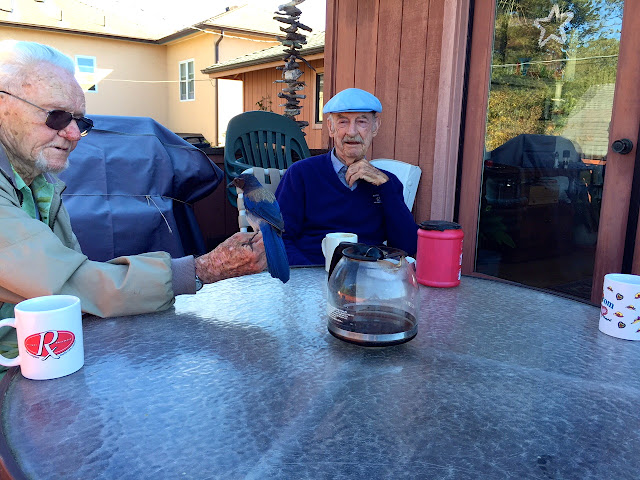 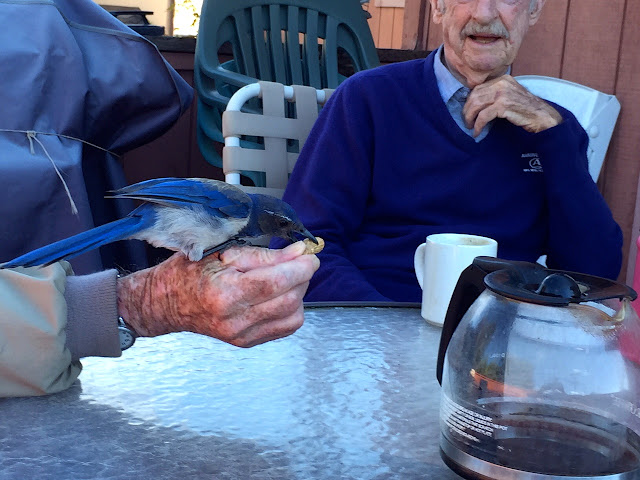 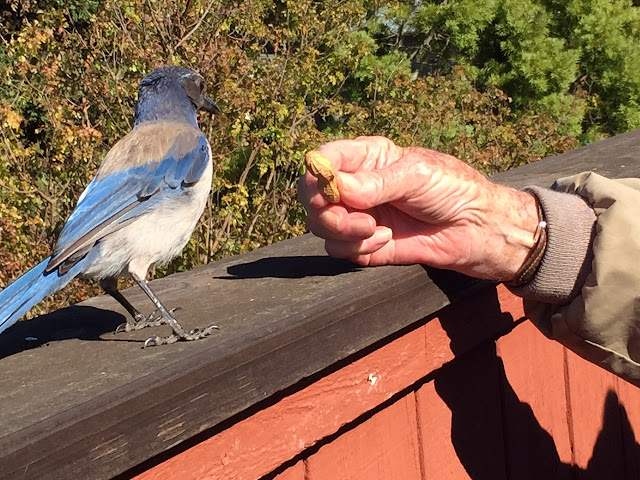 Coming back for seconds.