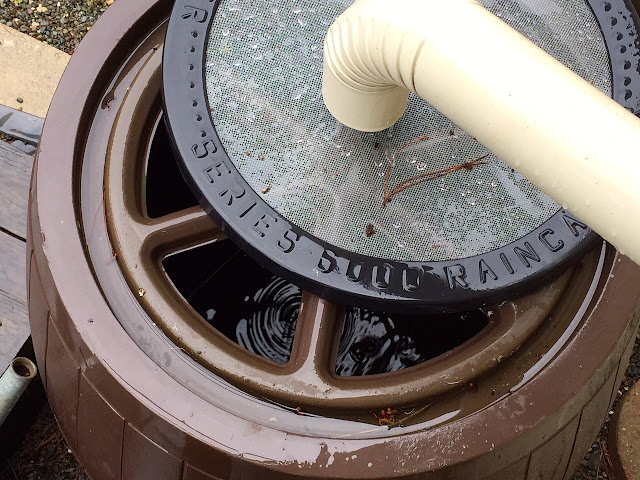 This is no mere pedestrian shot of a rain barrel almost full, no indeed! What we see is evidence of great cosmic oddness and even history.
A woman who has lived most of her 91 years on the Central California coast says she's never seen anything like it.
"We've had rain in July but nothing like this. And I never in my life have seen lighting and thunder like that."
A mid 70 man, a Californian, says he's never seen an electrical storm like it. He stayed up to watch it. In fact, that's been the talk up and down the coast. For many it was a first time ever event.
We're referring to the storm that moved up from the south and dazzled the Central Coast and scared most of animals in the county. I grew up in Indiana and have witnessed many lighting storms, thunder that shakes a house and sometimes the tornados that are spawned by violent storms. What we saw and heard was in that league.
Arcs filling the sky over the Santa Lucia range and then rumbling over the slopes and through the valleys. Our cats, Hemingway and Joy were traumatized and could not find a secure enough hiding spot. Poor Hemingway would have burrowed into the wall if he could have. Friends said their border collie actually "picked up" the approaching storm minutes before the first flashes or thunderclaps.
Fortunately the thunderstorm was accompanied by rain-an odd commodity that is hugely deficit in this fourth year of a drought. We keep getting optimistic predictions for the rain the El Nino may bring this winter, but over an inch of rain in July, in Cambria California?!  Oddness. But we love it and the locals were on the verge of breaking into flip flop splash dash dances up and down the canyons and through the East and then West village and along the ocean bluff board walk. Rain! In July!
PACIFIC BLUE 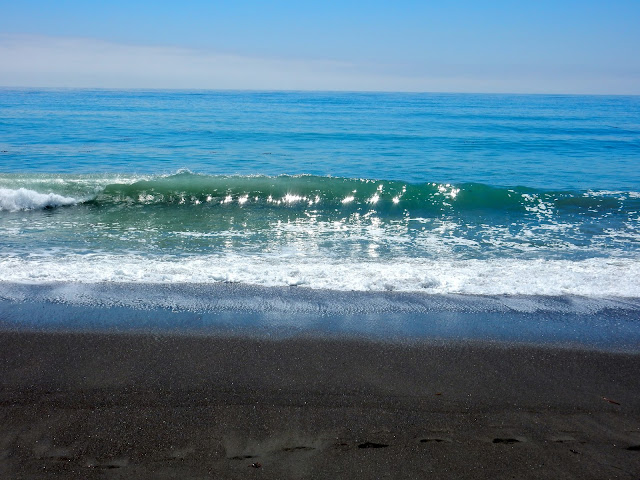 A dry July is more tolerable when the Pacific blue is nearby providing entertainment.  Our friend Diane Norton caught great moments in San Simeon cove as a couple of visitors came calling. 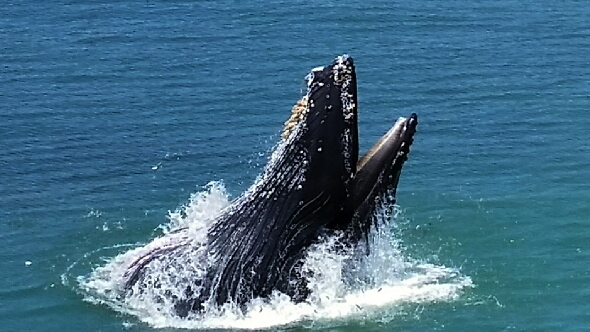 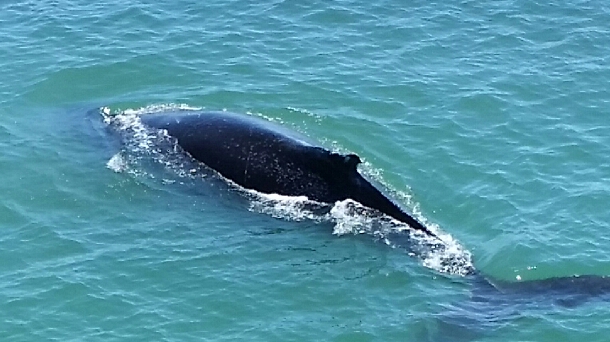 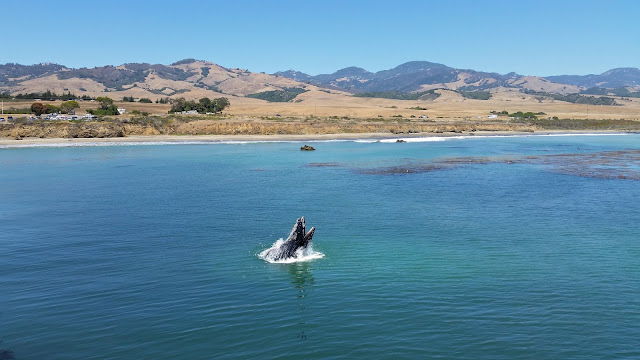 Photo by Diane Norton
Meanwhile just down the coast in Cambria a fellow is looking for a smaller specie. 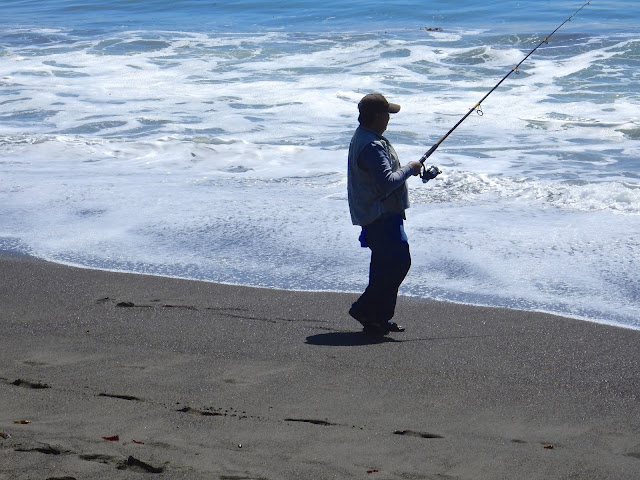 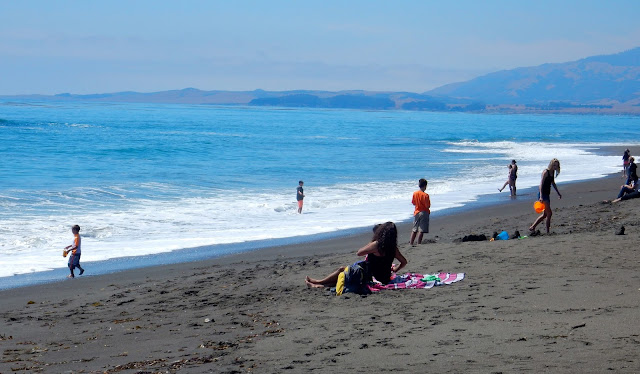 What a difference a sunny day can make. It was last September, gray and misty when some of the behemoths were in the same San Simeon Cove. It is a great joy to live on the "commuter route" of these sea going mammals. 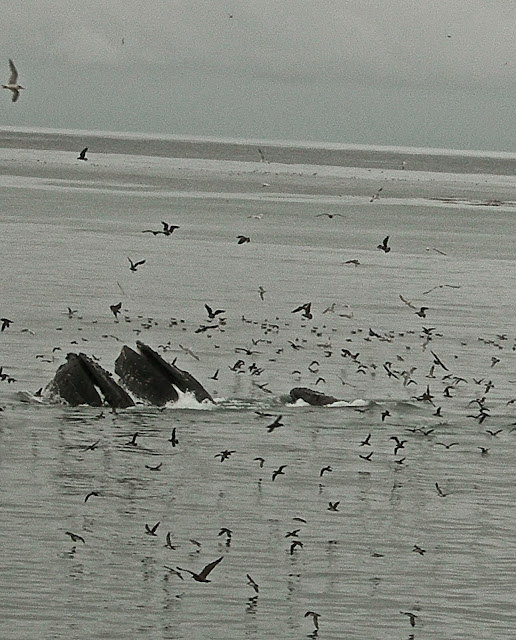 See you down the trail.
Posted by Tom Cochrun at 12:32 PM