SEEING THE FUTURE and CATS IN A BOX

BEAUTY IN THE WAY IT IS 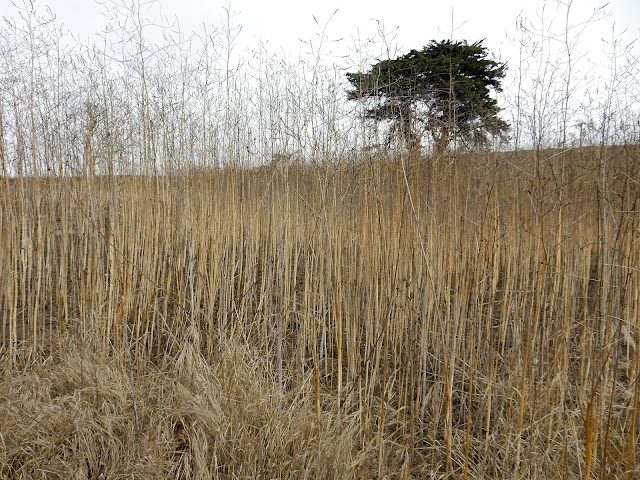 One can't live in California without continued thought of water.
For some it is a shroud of angst, inescapable. Others step into the challenge to conserve, educate and find a better way. Most are someplace in between.
Growing up where we never gave a thought to water, there was plenty, leaves me "hypersensitive" to new realities. I think those of us who live with less, those who have adjusted to finite limits, have seen into the future.
This is not limited to California, it can be anywhere. Refugee camps are full of people who have seen the end of life as they knew it. Working poor who barely can feed children and pay rent. Those who live in cars. The good life, the good old days do not exist and for some it never did. 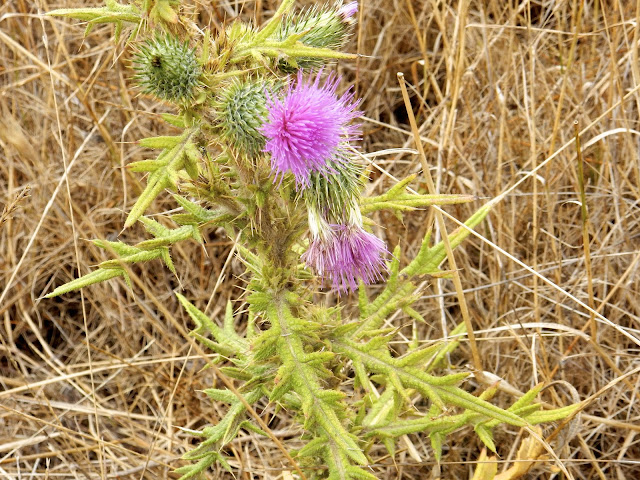 The thistle, cursed by ranchers, farmers, gardeners and landscapers is a kind of signal. In this fourth year of historic drought, the thistle flourishes and spreads. It is a survivor. 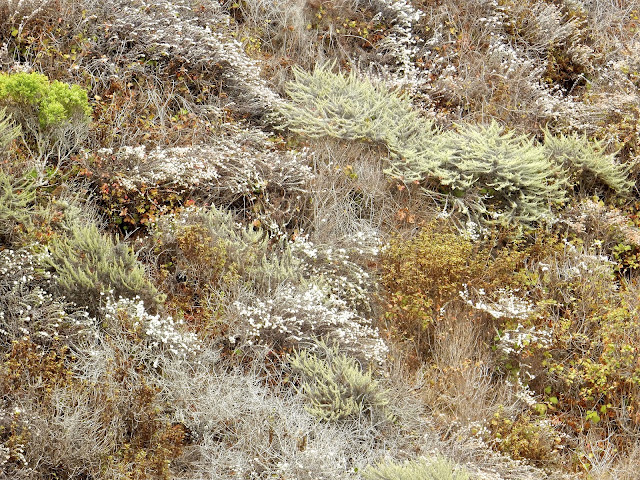 I see beauty in these frames. This is flora that thrives, even without water. 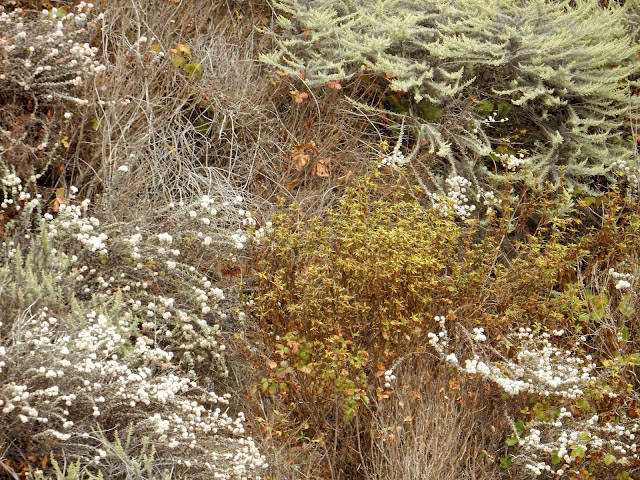 It is about adaptability isn't it? Some of us, some things, are better at it than others, better at learning new ways and better at survival.
This dynamic planet, a living, changing organism appears, by our short human lens at least, in the midst of profound change. Our specie may not be responsible for all of what is underway, but we have contributed mightily and in not helpful ways. A Beijing clouded by exhaust, rivers poisoned by chemicals, dead zones of trash in the ocean are examples of changes that now imperil all of us, even those who know better and have said so. Sadly there are those who have had no say because they are yet to be born into this change. 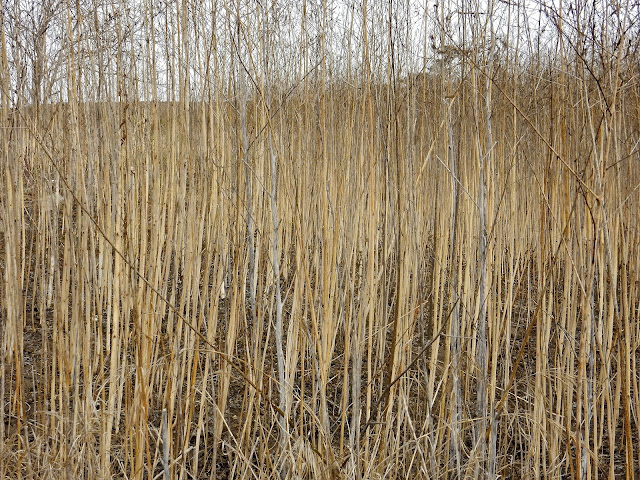 Despite all our cleverness we cannot bring life out of death. We can not reanimate extinct species.
There are millions of earth brothers and sisters who are desperate and certainly in more peril than we Californians, living in one of the most beautiful places on the planet. We conserve, debate, pray for rain, bet on El Nino's, grumble, get angry about the arrogant wealthy who waste water, engineer conversion systems and wonder if luck may run out. In that way we are seeing what awaits this blue marble of a planet.
Forces of nature, forces of our own doing, accelerated population, advanced technology, religious and ethnic politics, bad choices, the commercialization of government and our capacity to elevate brutality over reason conspire against us. More fundamentally, there are no winners in the struggle of humankind vs "nature" or cosmic luck. There is only change.  Some of it might be good. Some of it will not.
We bipeds are capable of great adaptation and invention and resilience. We can also make hard decisions. Making those hard and good choices, application of reason and our higher principles is how survival proceeds from here.
LISTEN TO THE 1000
In this context, it would do us all well to pay heed to the wisdom of 1000 of the brightest minds who have said we need to make sure our Artificial Intelligence systems, are not turned into weapons.
On this front we need to make sure the bankers, financiers, money boys and hustlers do not prevail.
The statement of the 1000 is the latest in a series of signals we've been getting about the future. Are we prepared to listen?

THE CONTINUING ADVENTURES OF
HEMINGWAY AND JOY
Cats in a box, redux 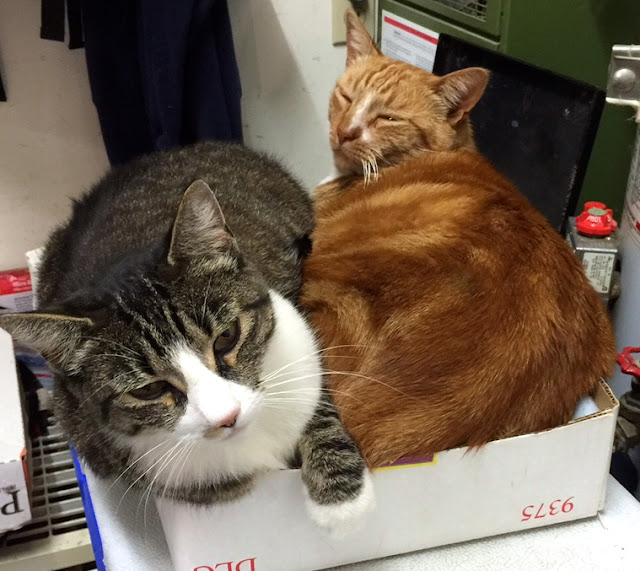 Joy on the left and Hemingway have yet to meet a box they did not like. 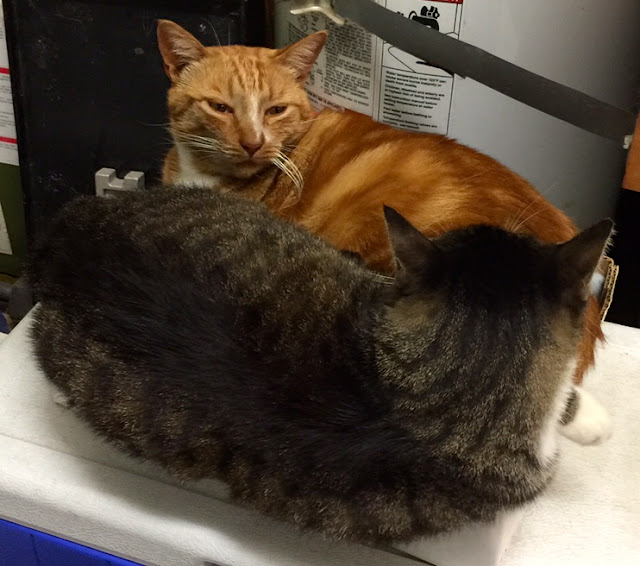 A box from a recent shopping outing and left in the garage was a place they needed to be, despite the bulging of the seams. 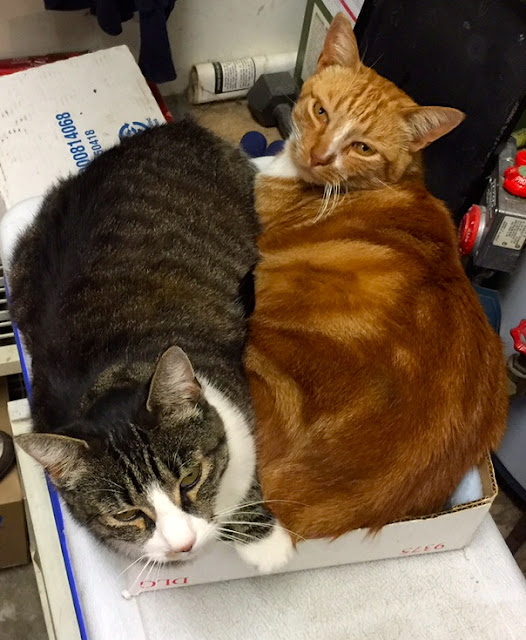 See you down the trail.
Posted by Tom Cochrun at 10:02 AM