OF MATES, PARTNERS AND OTHER CREATIVE ADVENTURES

WE CAN WORK IT OUT
Joshua Wolf Shenk uses the pages of The Atlantic to tease a new book and to launch us on a journey into creativity in duos.
Lennon and McCartney are front and center, the odd couple they were but with historic impact.
I've often been a captive of the creative couple syndrome. My late business partner Ben and I began as an investigative documentary team. Years later we helmed a multifaceted television and content production company with clients in the US, Europe, South America and Asia. We often scared new staff with our "creative meetings" which the uninitiated took as arguments.
Don Hewitt and Mike Wallace, for that matter Don Hewitt and other CBS 60 Minutes staff, employed a similar style of collaboration. Often loud, robust and emphatic. Creative arguments were being made!
To be honest, I knew of no other way. I walked into a metropolitan newspaper city room as a naive suburban teen and knew in the first 3 minutes I had gone beyond Oz. Smoke filled, scented with hot lead fumes from Linotype machines as the floor rumbled from presses below, men and women seemed in the midst of an urgency and all conversation was stripped to the essence. The editor was the loudest in the room as he prowled or scowled from his desk overlooking the struggling minions. That was my introduction to the collaborative process.
It has been ever such.  As a cub in a large city radio newsroom it was not uncommon to stand toe to toe, nose to nose and yell purple framed arguments about what and how to cover stories, all the while the clock ticked and another hourly deadline drew near, waiting to be fed.
By the time I was a senior news executive for a publicly traded chain of television stations and web sites things had become dampened. Newsrooms were decorated upscale, shouting and profanity was the exception, undesirable furtive release from the still constant stress, human resource departments provided constant training in workplace civility and practices. But when my Assistant News Director Kevin and/or Executive Producer Stacy were in my glassed in office on our level above the constant buzz of enterprise, the creative couple "discussions" ensued.
I don't think one can invest so much life in such a creative pursuit and form of communication and have it not  seep into civilian life-a couple's life-marriage or long term relationship.  In fact I submit that long time couples are not unlike other creative duos, with this as a caveat.  The more unalike, diverse or different the couple, the better the arena and ground for such "creativity."  Those who can, work it out and leave a long and winding road of adventure shared. I think Lana will agree. You can bet we'll have a chat.
What do you think?
MORE CREATIVE COUPLING
Old form-New Purpose and Function 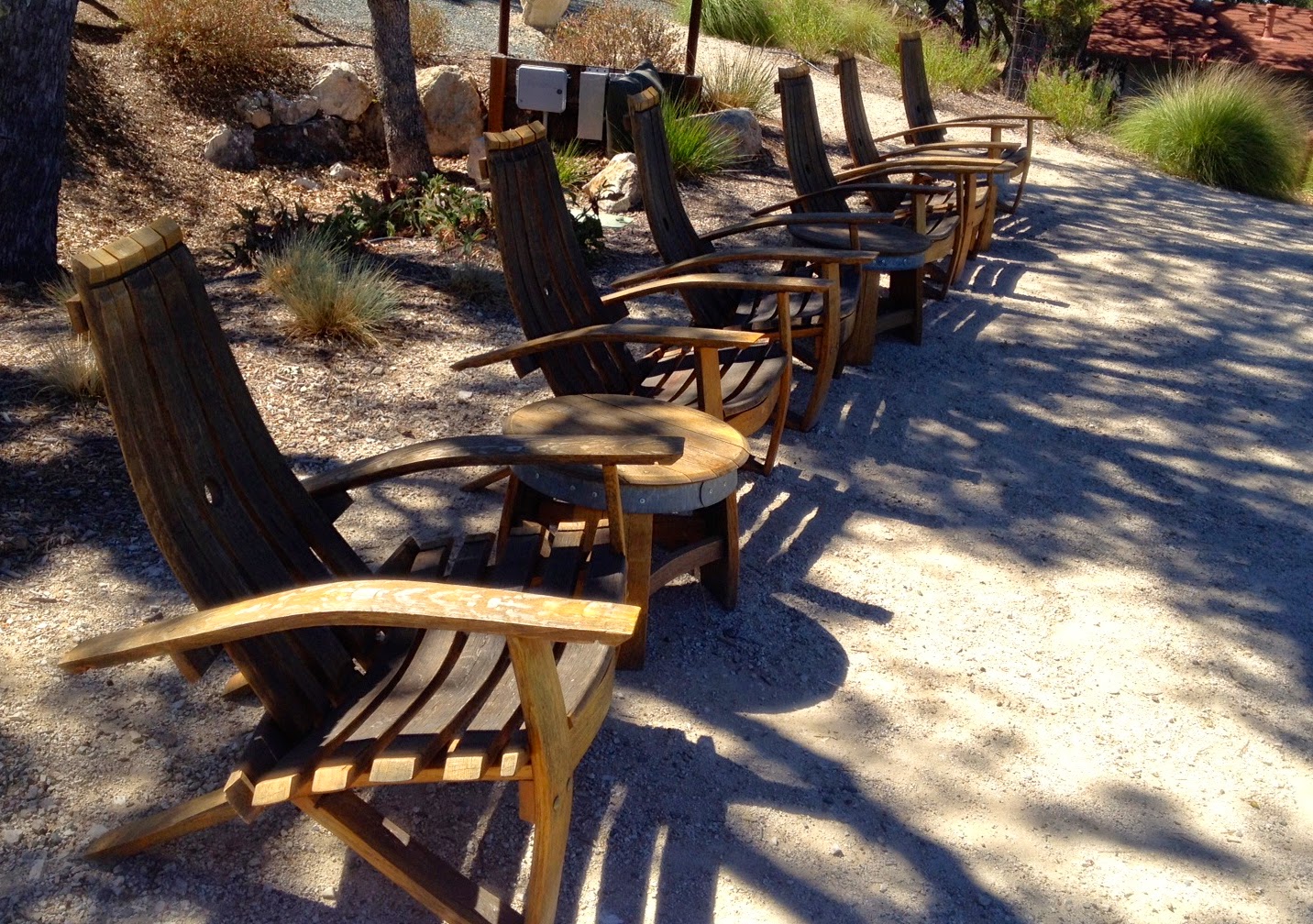 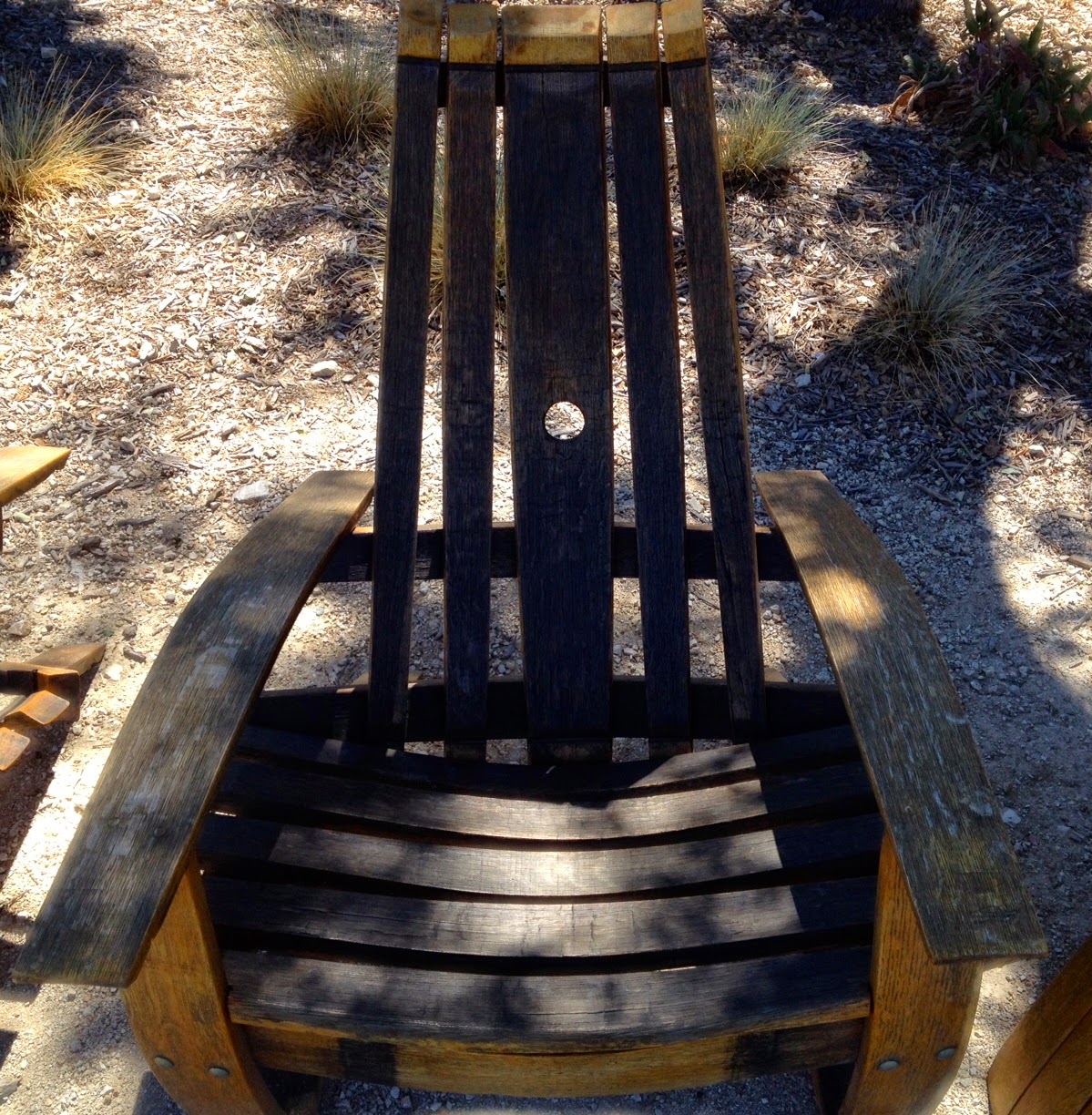 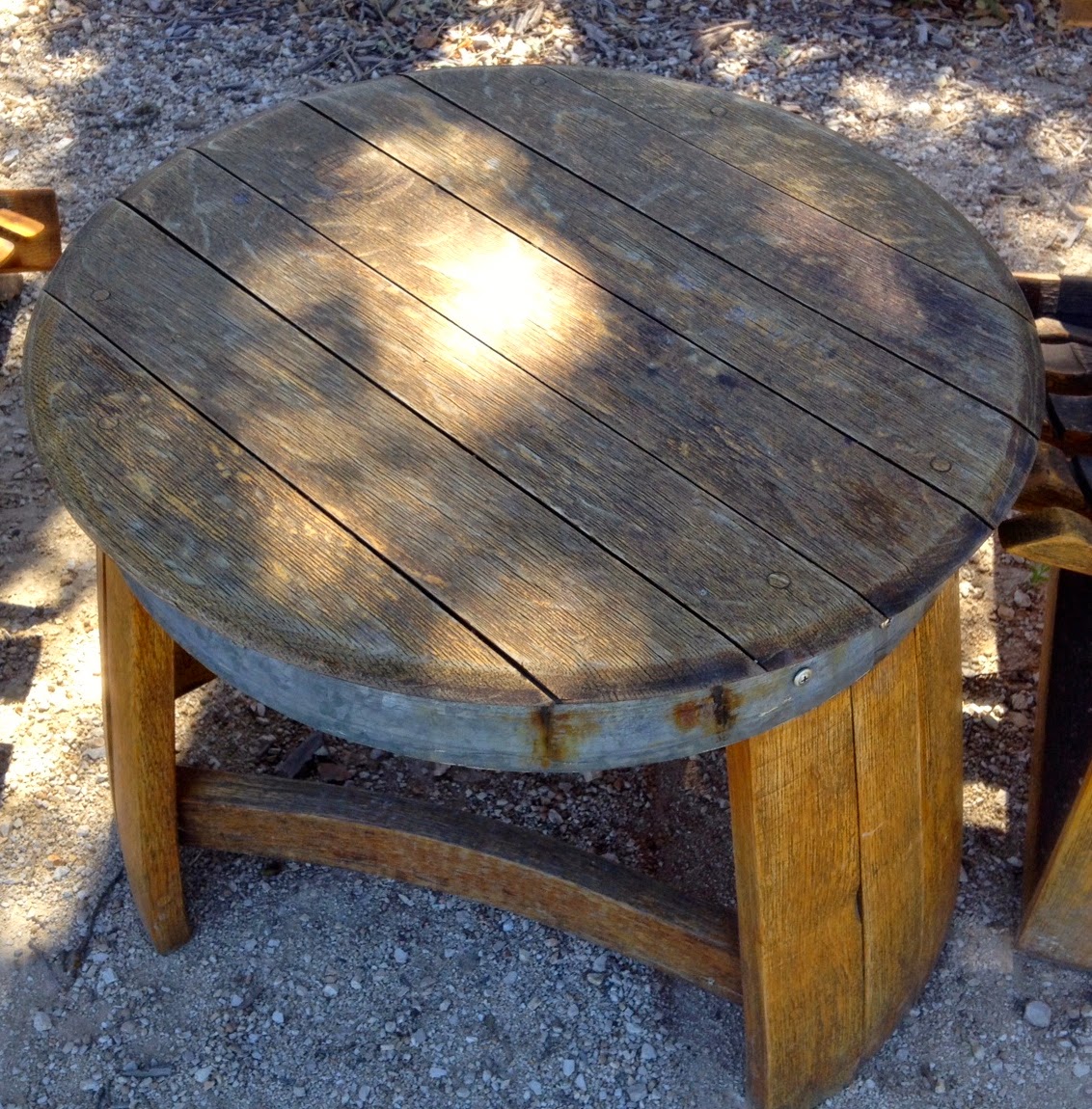 and practical. The above frames are from Le Cuvier Winery
in the Paso Robles appellation. 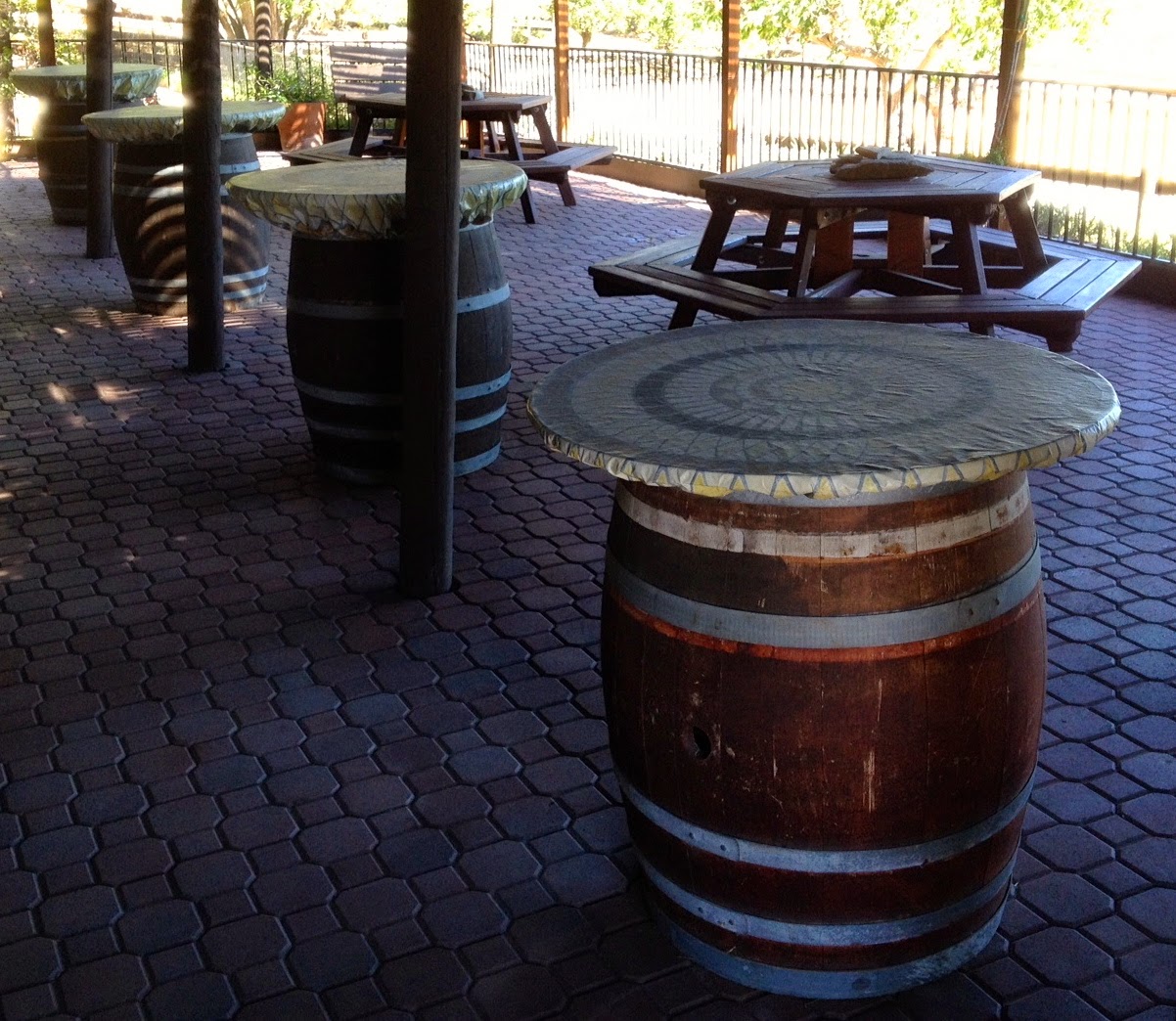 Above, Windward Vineyard in the Paso west side reuses Pinot barrels in their beautiful lath house. 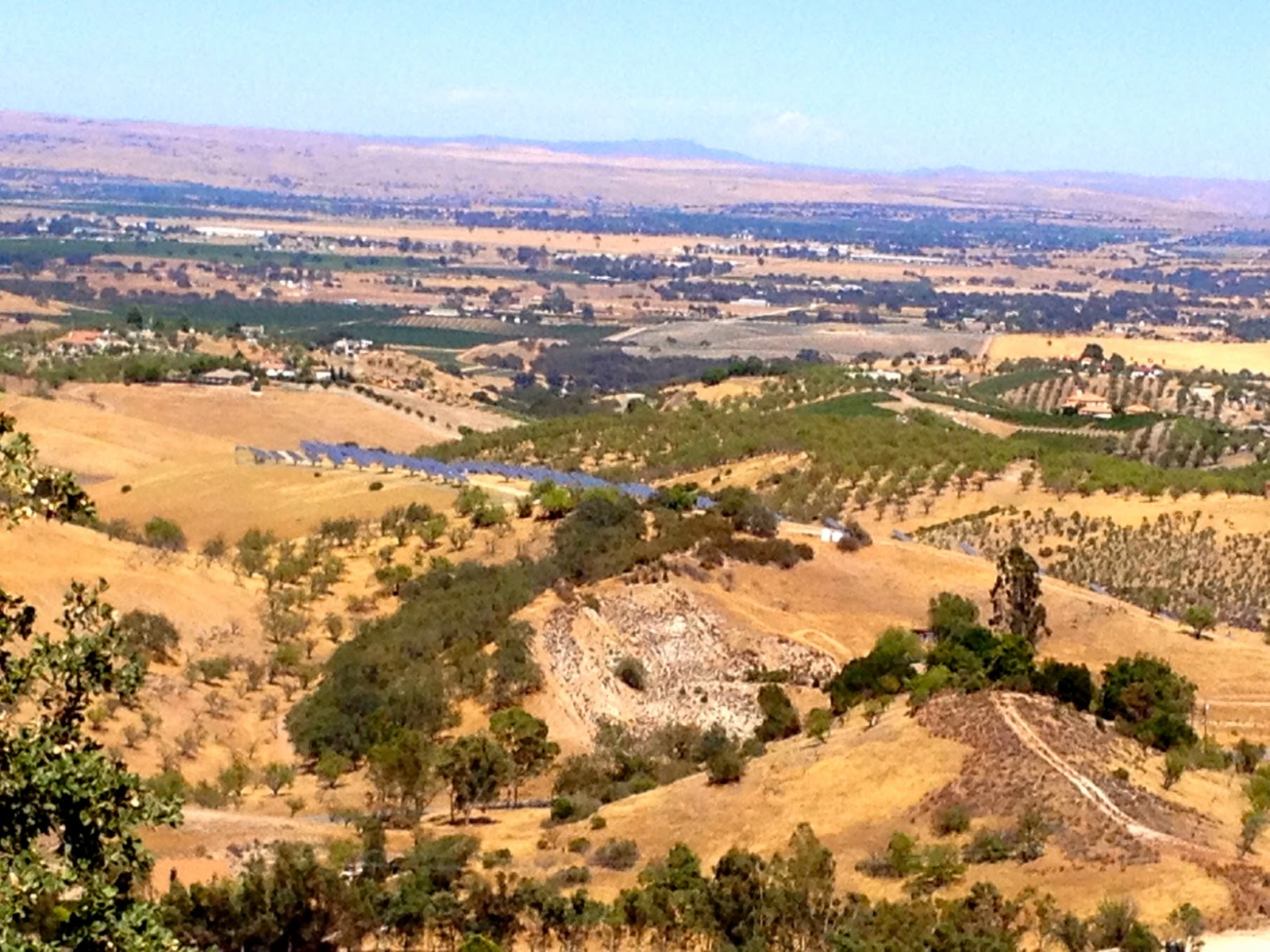 Some of the sweeping valley is re purposed, as you seen mid frame, into a solar farm. Lot of sun here and lot of energy too. Another kind of creative coupling.
THROWBACK THURSDAY
DOCUMENTATION
Creative Partners through the years 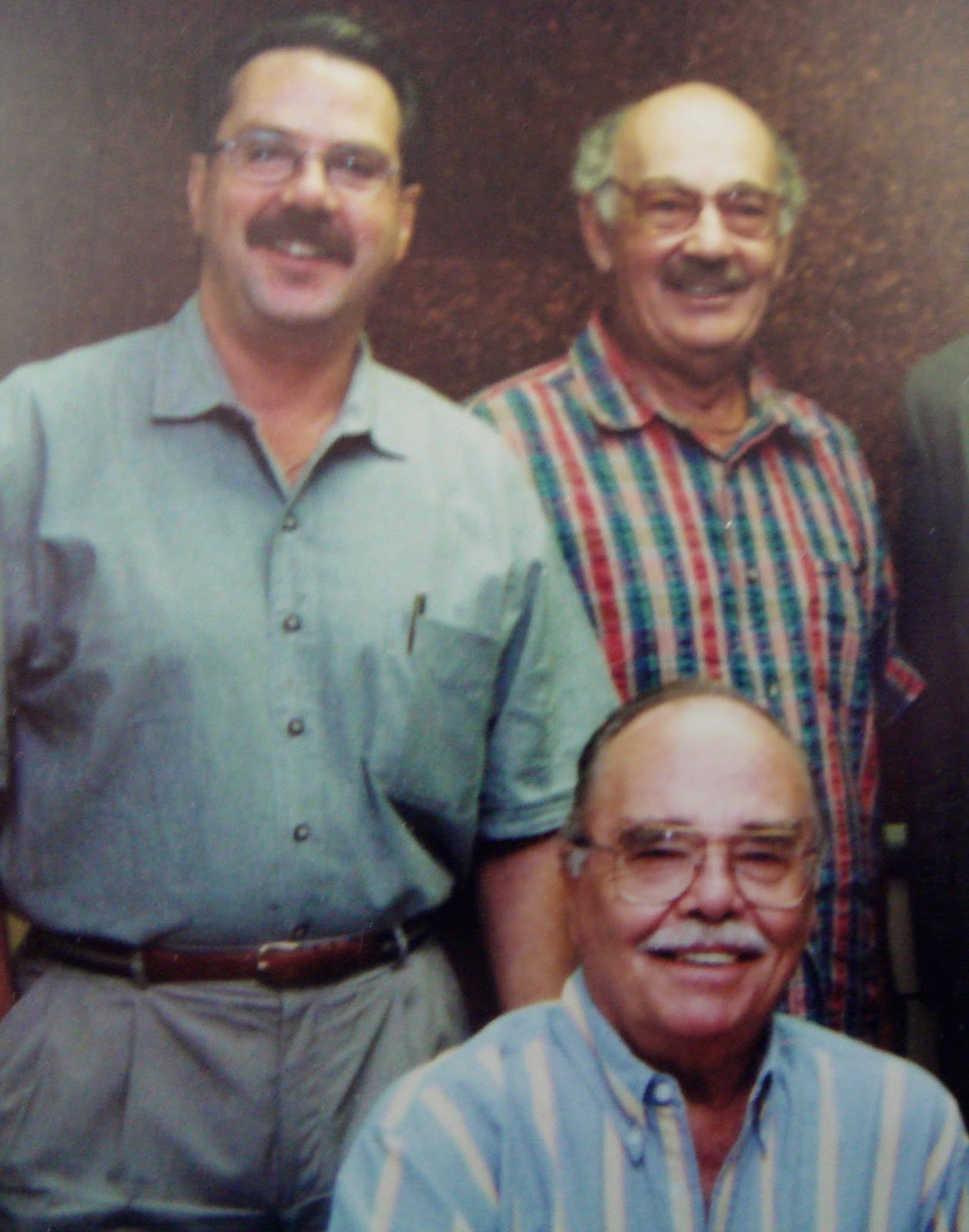 Seated above is the late Fred Heckman, legendary radio newsman. My boss, mentor and frequent argument partner in the late 60's and 70's.  Standing behind him, next to me is RK Shull, the late syndicated newspaper columnist.  Arky was an Indianapolis newspaper figure from the 40's to 90's. 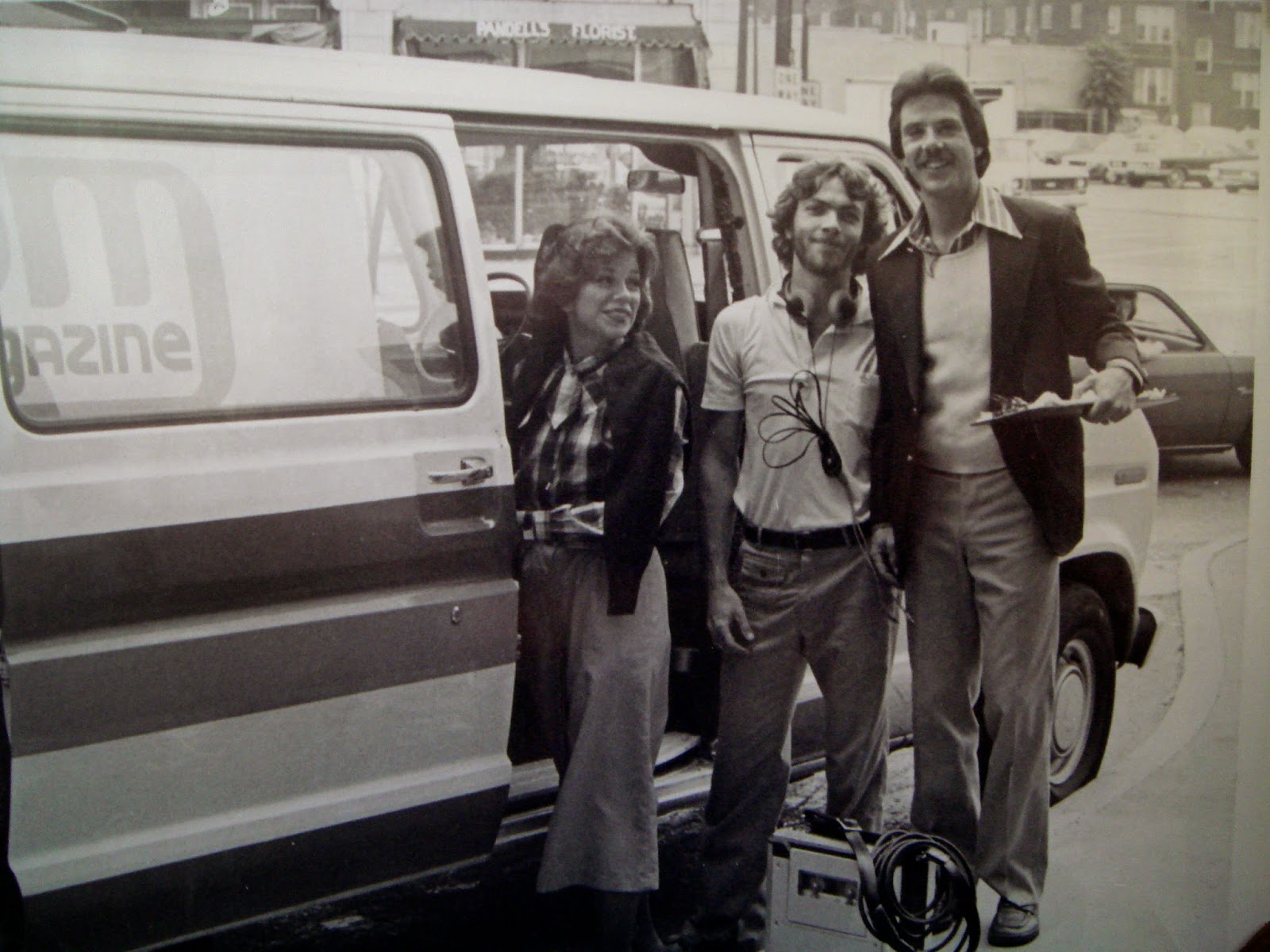 The PM/Evening Magazine team-1979.
Kim Hood, Randy Miller and TC. It seems as though we spent decades together on the road in that van.  It was my first 2 years in television. 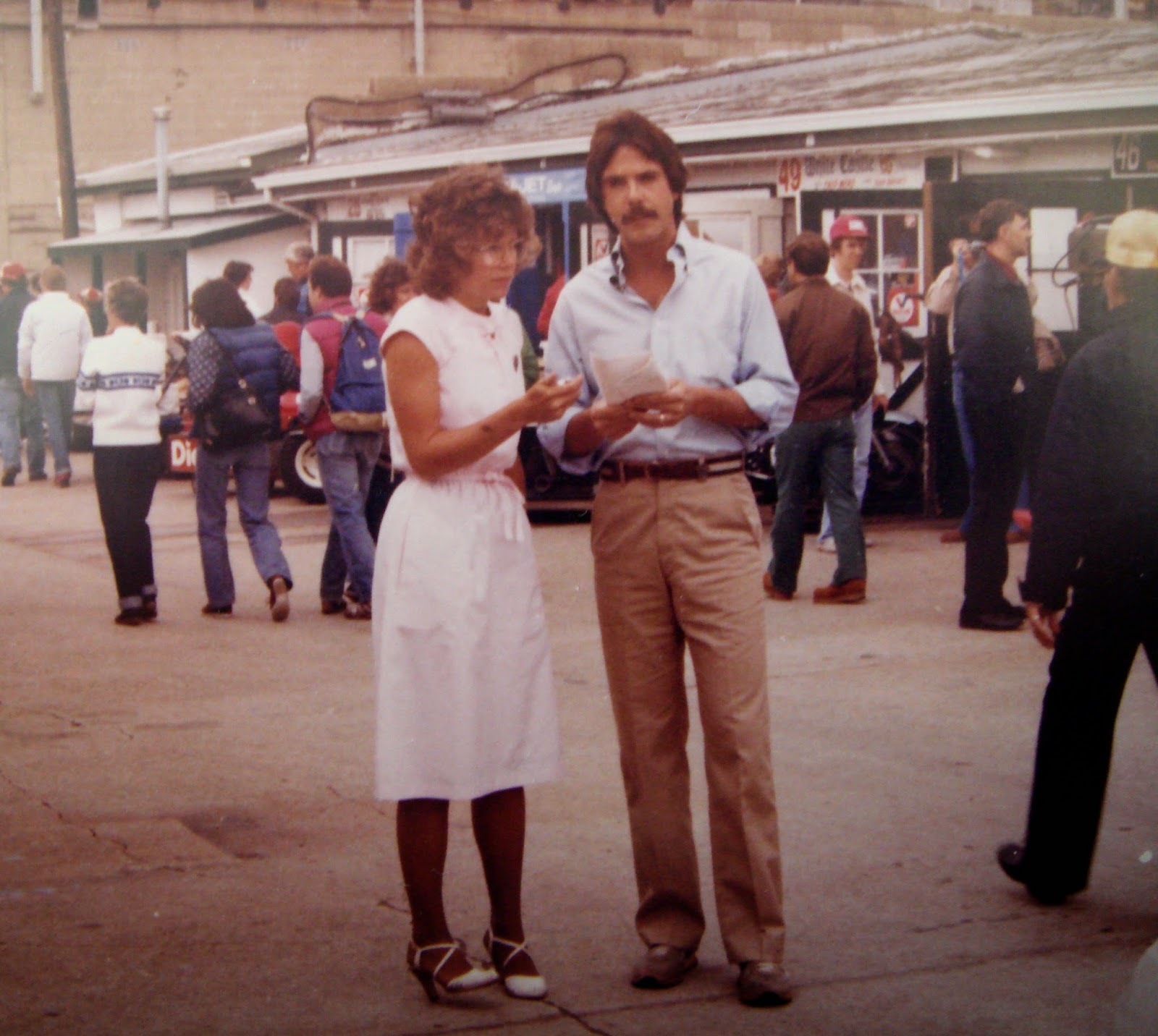 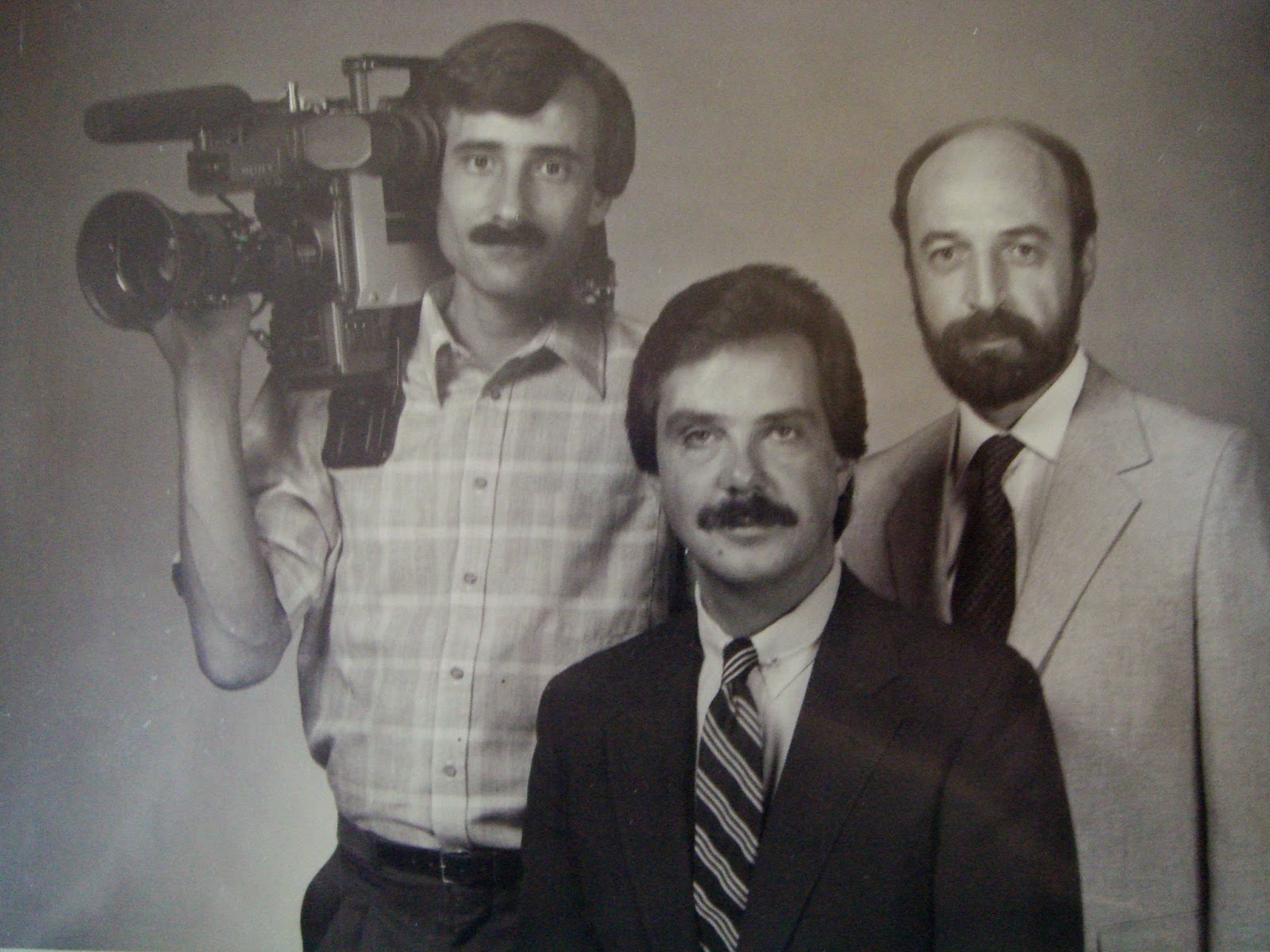 The WTHR Investigative Team 1980's
Steve Starnes-an award winning photographer and good friend and Ben Strout who became a business partner and eventually like a brother. 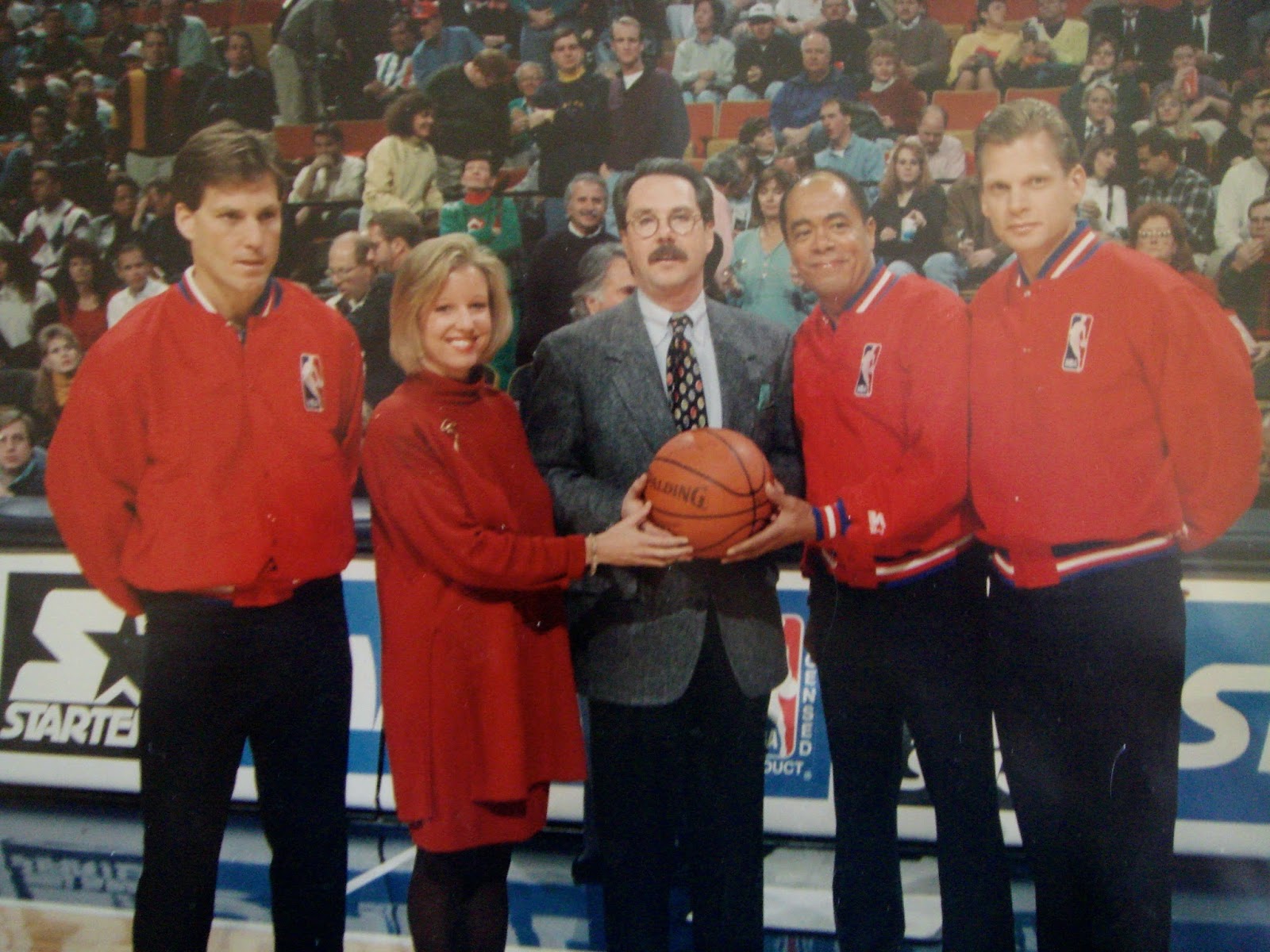 With Co Anchor Anne Ryder and referees before the tip off a Pacers game.
1990's 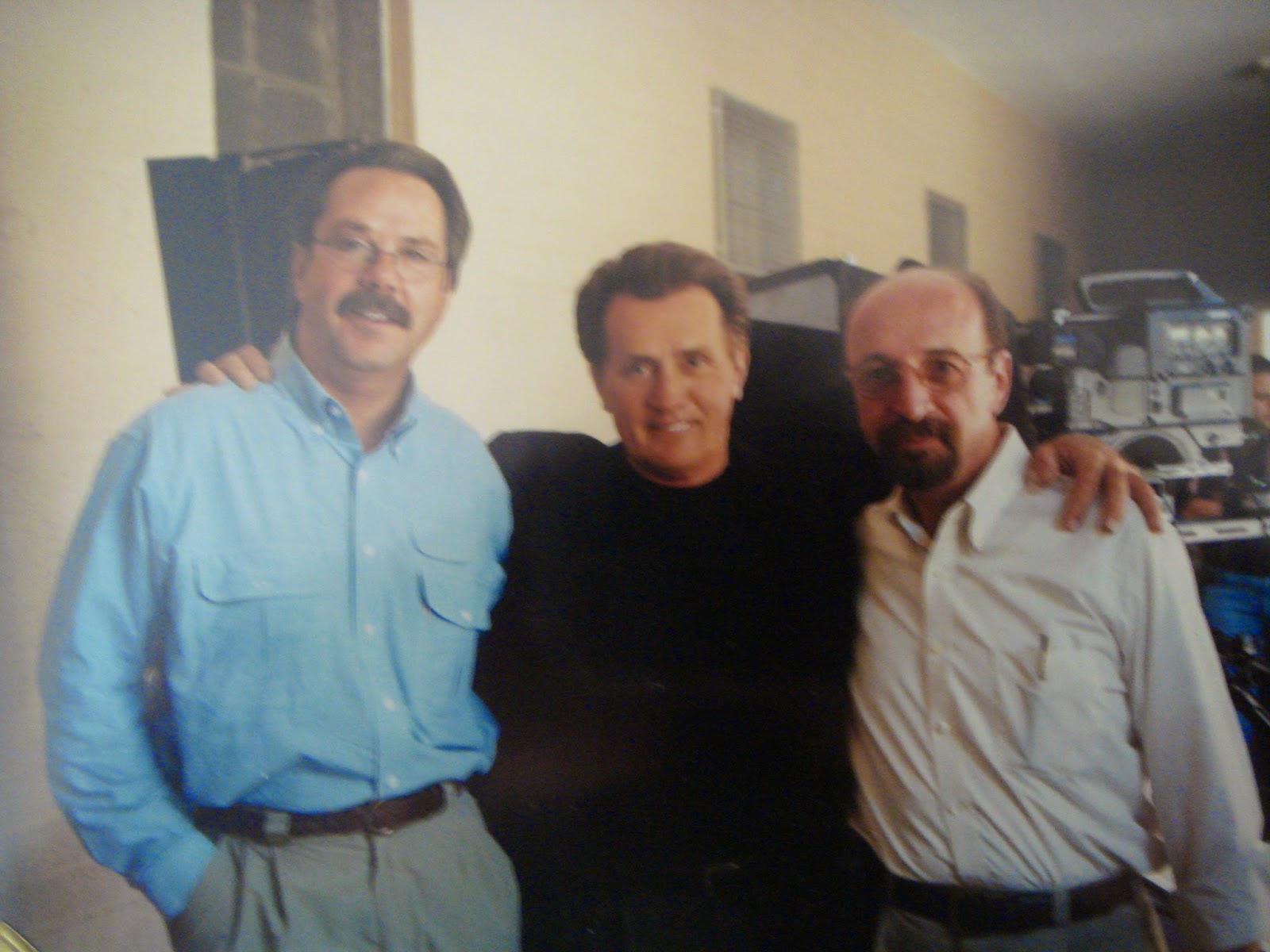 Ben and Martin Sheen during a shoot in our making of
the 1999 Documentary, Virus of Violence examining links between school shootings and point and shoot video games. Martin was our presenter. 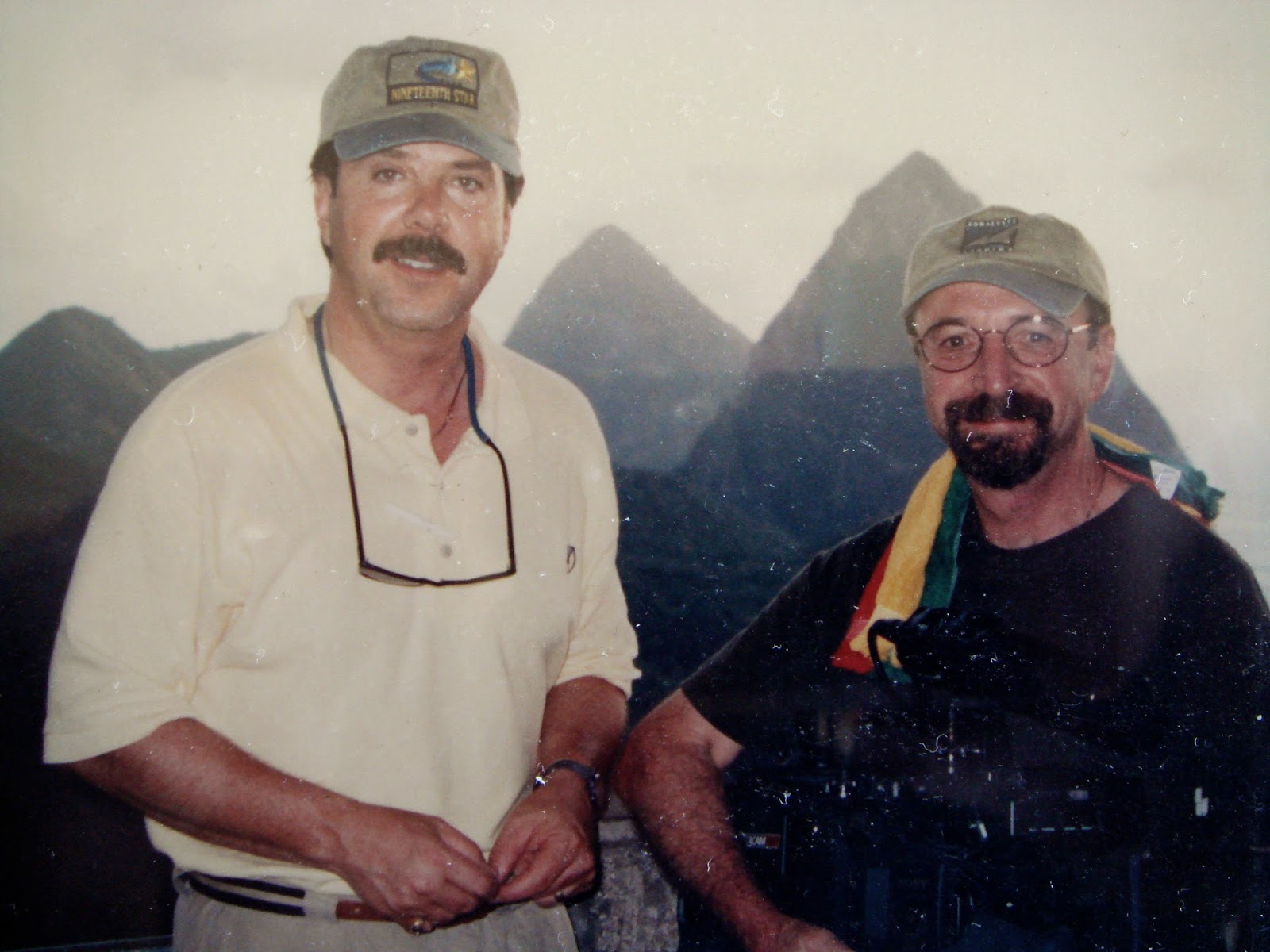 On assignment in the Caribbean. 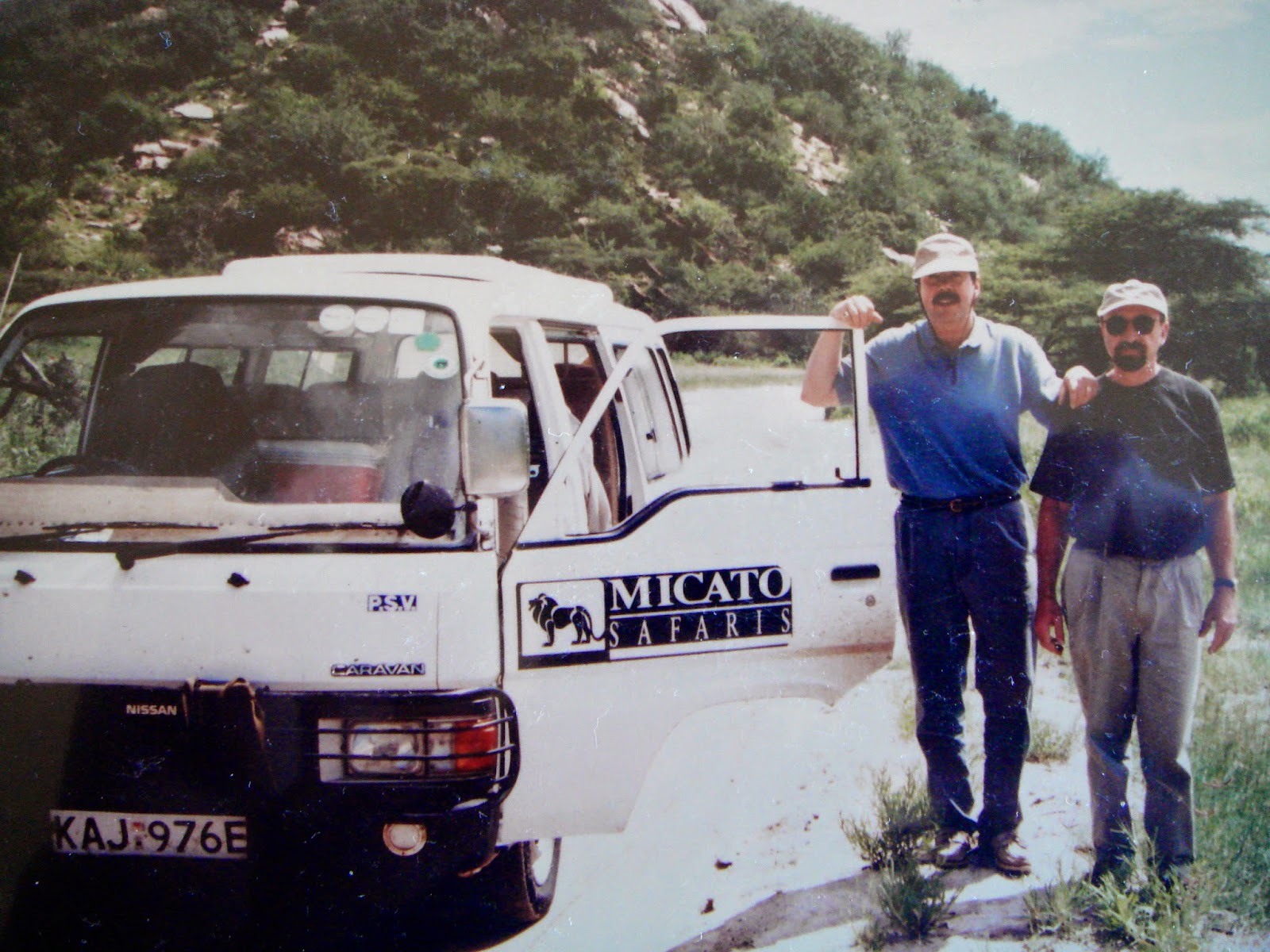 On assignment in Africa.
Ben, who passed much too early, morphed from trusted colleague, to business partner to being a kind of brother. I liked that. My brothers were gone and Ben and I shared adventures.
We escaped with our heads on shoulders and bodies in tact from more situations and incidents and survived more difficulties, obstacles and turmoil than with which one should tempt fate.
We were vastly different personalities but as an investigative team, then as documentary producers and as business owners we were able to find that creative middle ground that Shenk explores.
Before all of this was radio.

See you down the trail.
Posted by Tom Cochrun at 2:43 PM