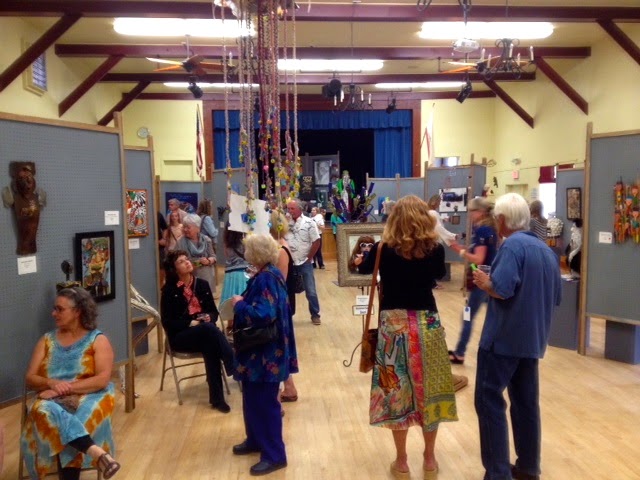 For such a small village, Cambria is many things; charming, curious and an art colony. 927, named for the local phone prefix, the annual "non traditional" art show is a  conspiracy of all of the above. Pleased to see a couple of Lana's pieces in the 927 Hall of Fame, including her best of show Well Traveled Woman sculpture.
My choice for best title of the year is the frame below- 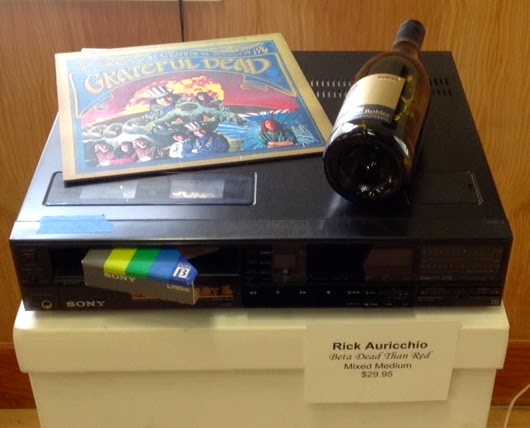 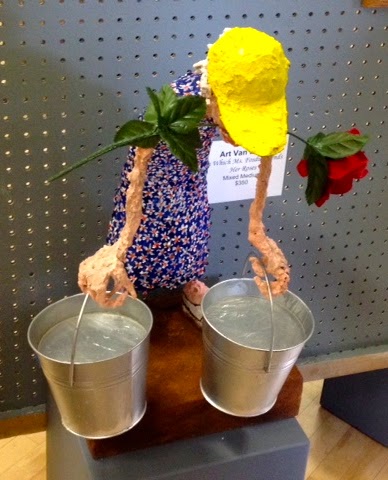 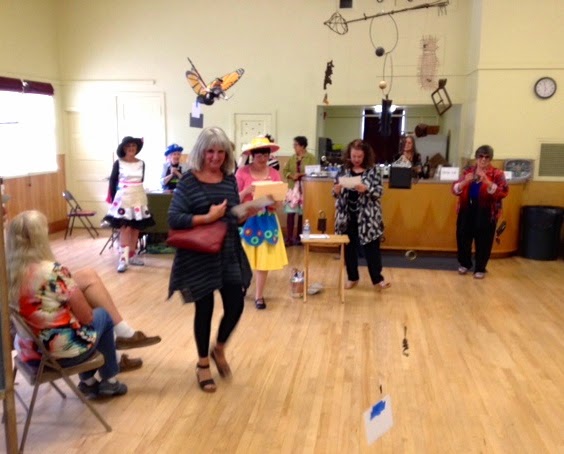 Lana won the Cambria Center for the Arts Theater Award 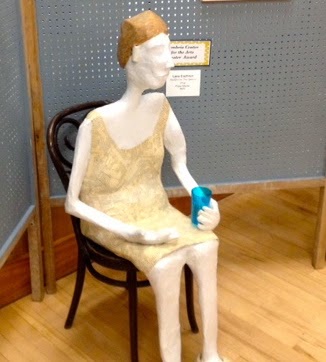 for her paper mache' Buddy Can You Spare a Drop? 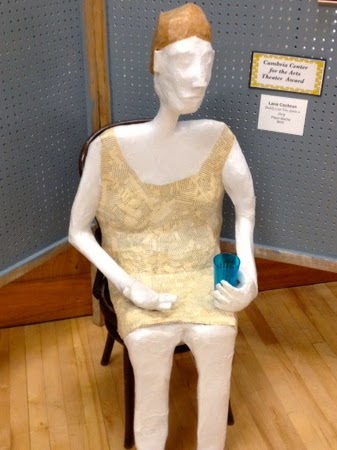 Themes other than California's water woes were evident 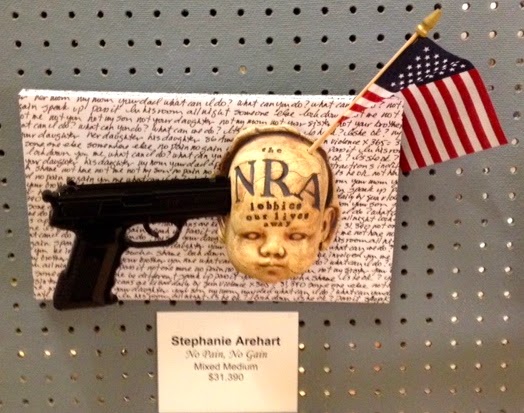 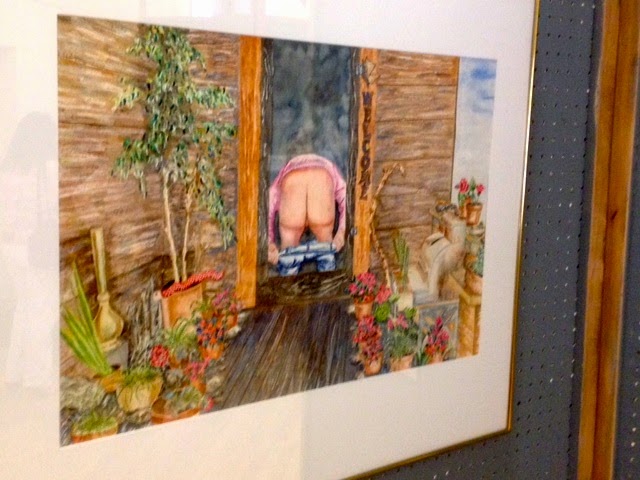 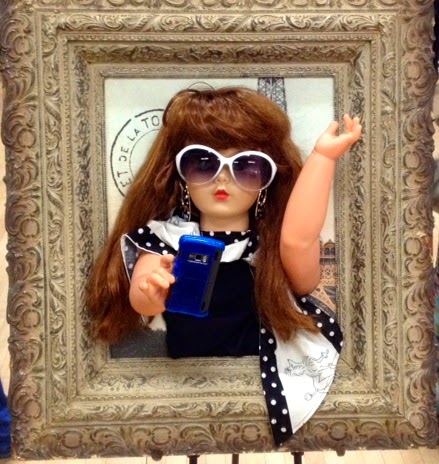 Portrait of a Selfie was a crowd favorite.
Cambria's artisans also produced enduring beauties-
Fox Garney entered these lovely pieces with the unique 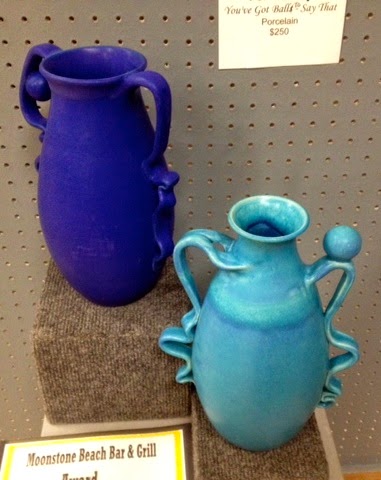 titles Let's Get A Handle on the Water Situation and its companion porcelain You've Got Balls to Say That. 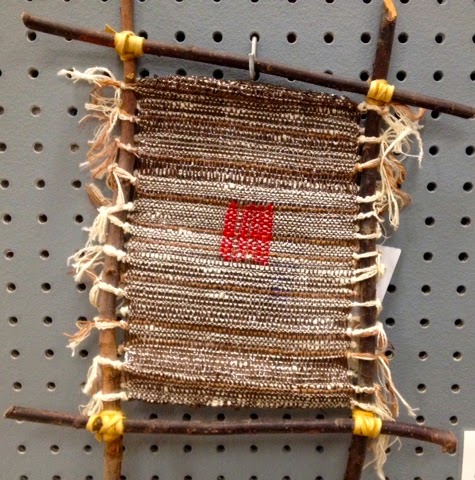 Weaver Michele Pike titled this Disregard for History-it is woven from an old cassette tape. 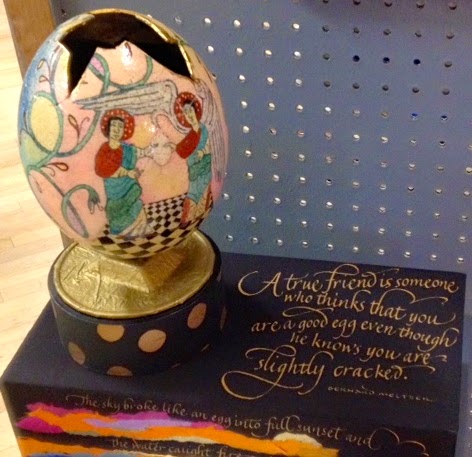 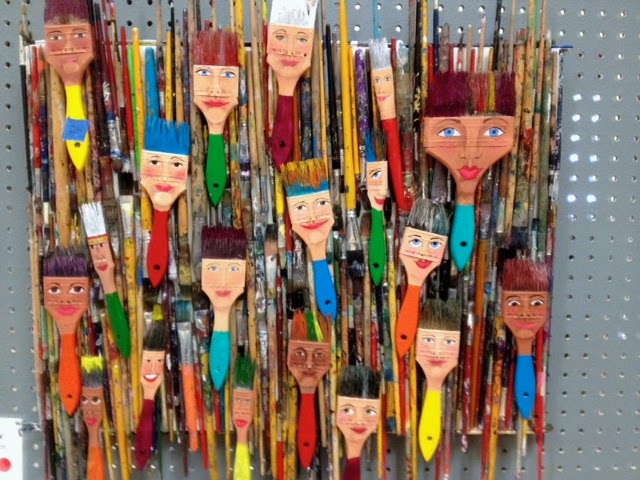 J'nett Wolff's Water Witch, with running water was potable, as she said. 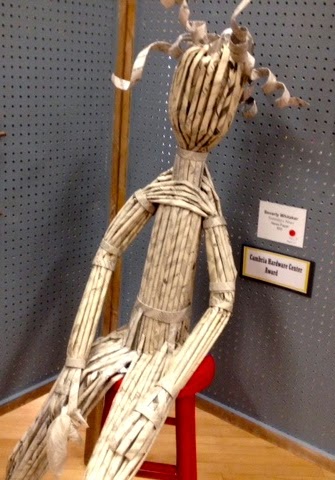 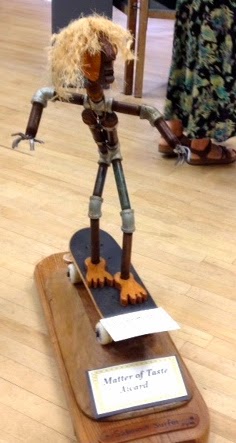 Richard Morriss is a sculptor who can re-purpose objects. 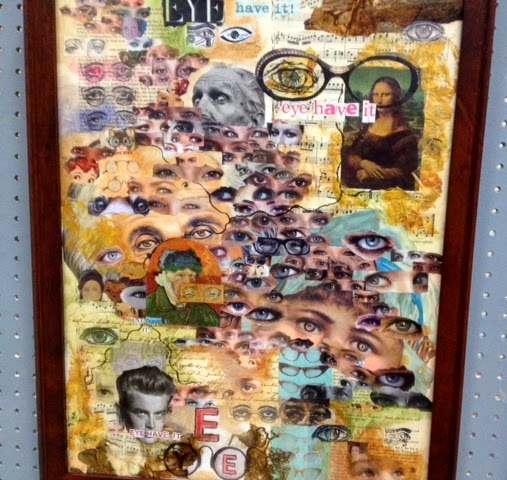 Painter Pat Wilmott's All Those In Favor-The Eyes Have It had a lot of eyes on it. 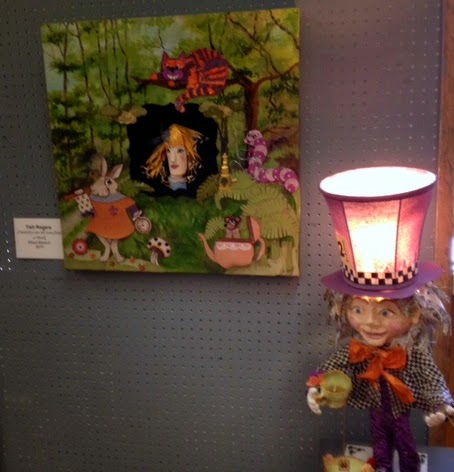 As did Tish Rogers' departure for Wonderland.

This is but a small sampling of the kind of non traditional art, Cambria's serious artists, hobbyists and playful residents turn out for the annual 927 which provokes a lot of smiles.
And as this is Cambria, curious, charming, eclectic and all, there was controversy over The Best of Show selection. Some were offended, others thought it humorous while still in very poor taste.
The piece called PETA Pussy was done by Carol Meuneir and Mena Granatino. It is a mummified cat, dressed up. We were told it was found beneath their porch.  What do you think? 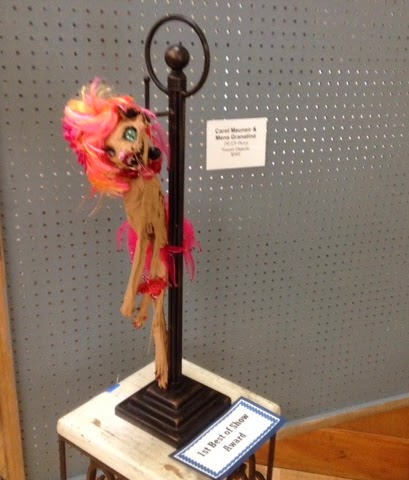 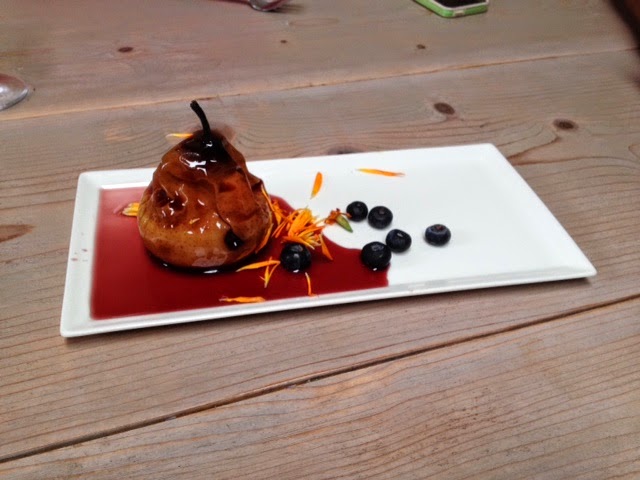 And the poached pear from Maestro Giovanni at Harmony Cafe.

Bon Apetit' and see you down the trail.
Posted by Tom Cochrun at 12:40 PM