HER, HIM AND HIM AND THEM-THE WEEKENDER

JOEL,ETHAN AND SPIKE
a range of artistry
MEDITATIONS ON HER
A well read, sophisticated, professional woman who is a friend said she wanted to walk out of this film, so I went in with guarded expectations, despite the critical acclaim.  I had the opposite reaction and understand why director Spike Jonez won the Golden Globe and why the film has been nominated for film of the year.
HER pushes boundaries and is fresh and original in many ways. It is about a lot more than the curious storyline. Jonez's work is a marvelous study into the nature and life-cycle of relationships. It is a fascinating speculation on a likely outcome of our increasingly technological and communication driven culture. HER is a mirror to how we look and behave since we have become obsessed or addicted to our phones. It is a poignant reminder of how lonely we can become, even amidst a world seemingly bound together by the Internet. We see how we can be alone in our connectedness. It lampoons the intimate chats and sexual experiences of those who so engage via phone or computer.  It also raises some marvelous science fiction speculations about intuitive artificial intelligence and the rise of crowd sourcing and ponders a great what if.
Joaquin Phoenix is masterful in playing a heart broken, lonely citizen in an increasingly impersonal world where actual human contact is limited. And it was this prospect where Jonez engages in good sociology.
Amy Adams once again demonstrates her versatility.  And it seems no mystery why the Phoenix character fell in love with the voice of Samantha, his operating system.  Scarlett Johansson is seductive even without being seen.
The scenic design, cinematography and feel of the film emphasize how the brave new world can be a lonely place. This is a film that will seem foreign, distant and even contrived to some. But for others it seems to hit on several themes that will make you want to upgrade your own personal operating system.

A DOSE OF COEN
The Coen brothers make films that you either enjoy or consider a waste of your time and money. I'm in the enjoy category, though in varying stages. Often I like the way they do the film-the actors, the shooting and editing, music direction, sense of vision-more than I like the story. Not that they don't spin imaginative stories, but I wonder about what if they tried to do cinema with a purpose, other than as a kind of grand gag, yarn, or put on. They entertain, they tell rich stories, but at the end of the day I often question if there was any "nutritional value?"  This is not to discredit their obvious talent, skill and mastery of the craft. And perhaps all we should expect is only an entertainment, well done.  But these guys are so good what if they did a film with soul, or a philosophic or political point or axe to grind?
In this comparison today, I think of how Jonez moved the goal line a bit. As good as Inside Llewyn Davis is, as nuanced, as musically rich, as well acted, it is at most the portrait of a fictional folk singer and a snap shot of the Village music scene on the cusp of Bob Dylan's arrival. Maybe there is an underlying examination of the tortured soul of a poet or a mash up on commercialism vs. artistry, but that is pretty thin.
Oscar Issac is an incredible talent and discovery.  John Goodman, Justin Timberlake, Carey Mulligan, Pappi Corsicato, Garrett Hedlund and for that matter all of the supporting cast are superb. The music, under the supervision of T-Bone Burnett is worth the price of admission alone. The Coens are that way, they do all of the little and big things right and they deliver a film excellence. And they always give it that Coen twist, or a turn into darkness or despair, or depression though admittedly in entertaining ways.
I don't know that it will ever happen, but I'd like to see how the brothers could do with something in a different emotional timbre or with a story that means something. 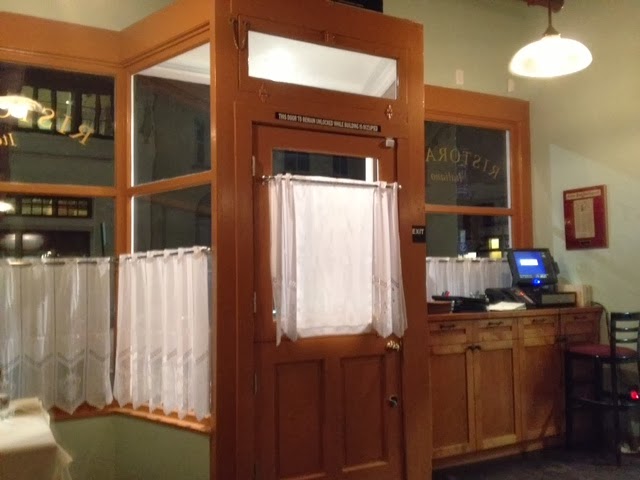 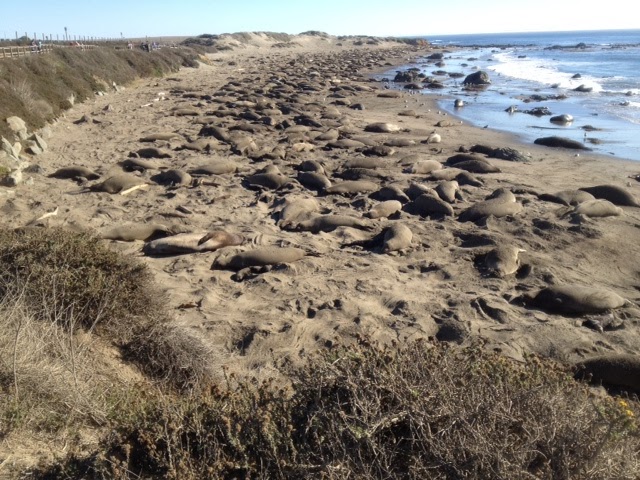 We are deep into birthing season in the Elephant Seal colony at Piedras Blancas, north of Cambria. Another 2-4 weeks of birthing and then mating season begins, just in time for Valentines day.

WATCH THE SAND TOSS AND HEAR THE SOUND

See you down the trail.
Posted by Tom Cochrun at 1:58 PM